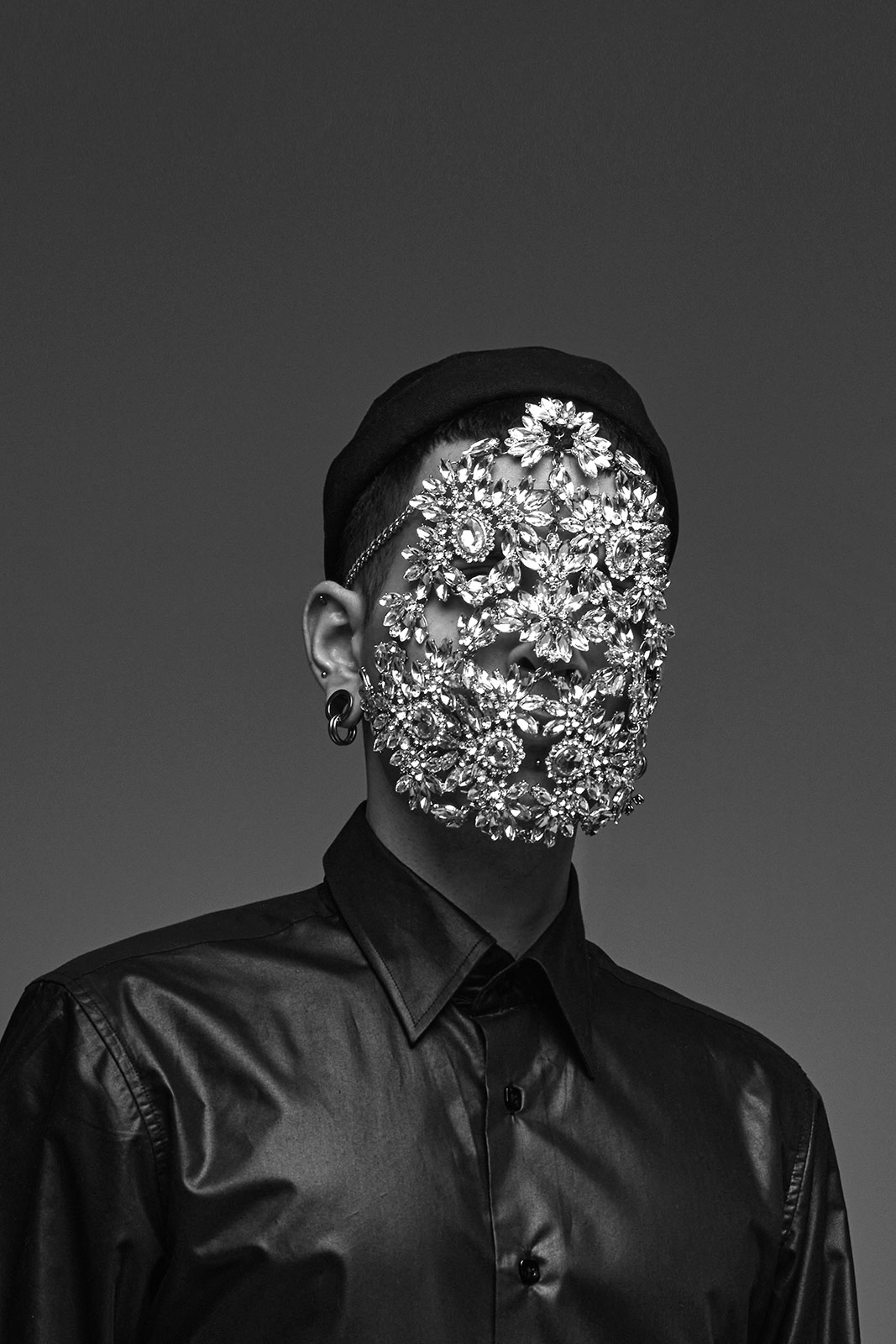 While many artists strive to make their face known internationally, London-based Athenian producer and DJ Die Arkitekt hides his face behind a mask that, as he admits, is inspired by the Maison Margiela Fall/Winter 2012 collection. His sound flees from ephemeral trends and specific musical genres, resulting in a category not easily classified that could be defined as avant-garde techno. His new single Kaval, in collaboration with acclaimed Greek-American composer Kid Moxie, has just been presented on stage at the Stavros Niarchos Foundation Cultural Center, being the opening track for Temple, his last immersive modular live techno set.
The pandemic forced him to change his plans, and the EP he had planned ended up turning into an album after deciding to postpone its release. This new work, a second chapter that comes after he launched his solo career less than a year ago with his first EP Wilmheim, promises to see the light very soon, after having added new songs that emerged during the lockdown, which have brought a certain optimism and luminosity to a proposal firstly was going to be completely dark and enigmatic. While we wait to know the direction of his promising career, marked by experimentation with sound and the search for new harmonic formulas, he presents us the lead single of his upcoming first album, Dark Colors.

Besides experimentation, it is worth highlighting the influence of traditional music and the ethnic choirs from Bulgaria, which make an appearance in this new track. A fusion of past, present and future, in which the artist Kid Moxie, known for having written the soundtrack of the video game Cyberpunk 2077, brings an extra dose of energy to a set that becomes an ecosystem with a life of its own. Quite an achievement for an artist whose premise is to make sound identifiable, charged with emotion, where different genres and influences converge, resulting in a unique proposal. We hope to be able to enjoy Kaval live very soon.