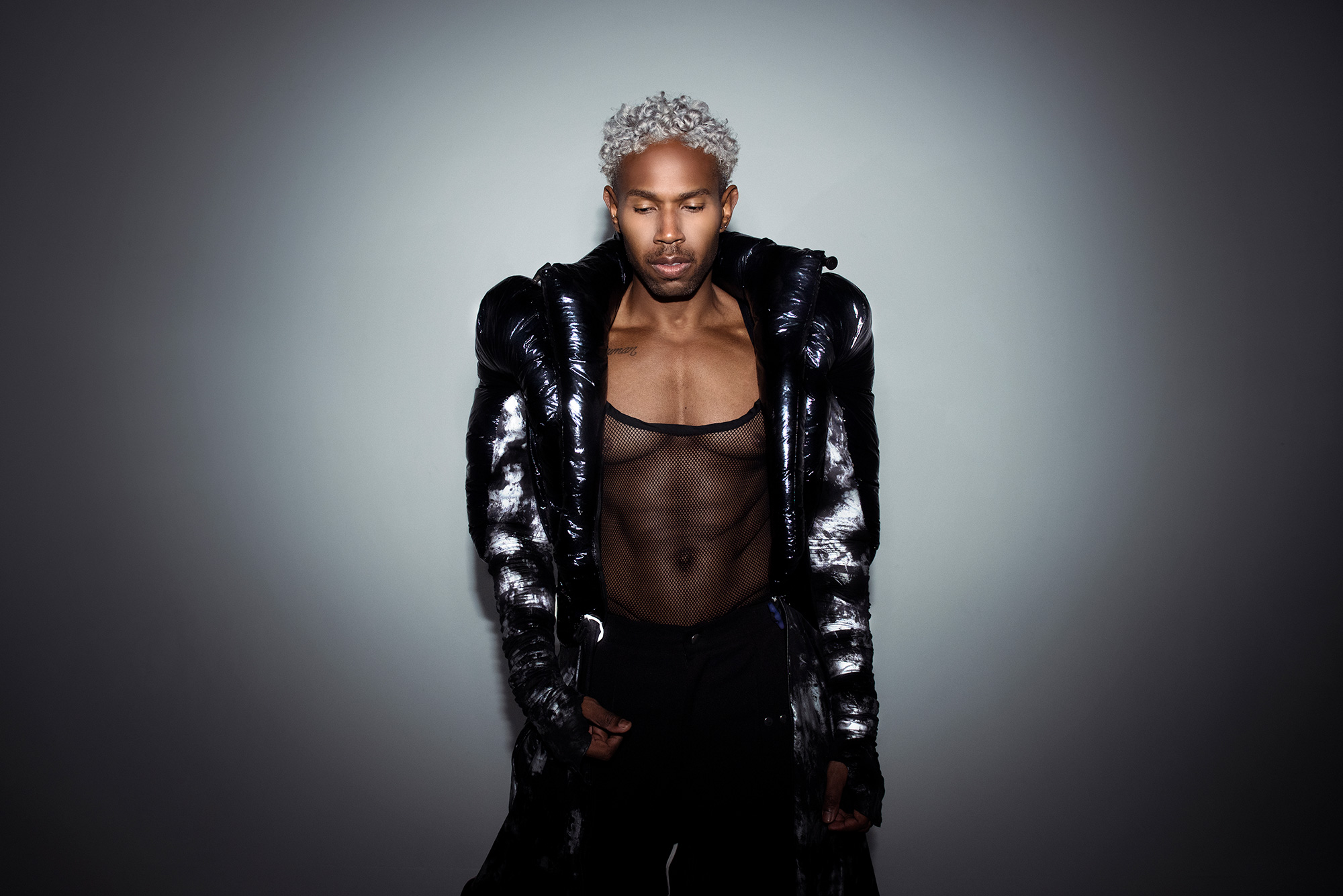 With the release of the track Headdown, Deney Adam turns to pleasure as a guide through times of chaos and grief, the song serving as a form of salvation for him during a period of emotional spiral. Adam, who is better known as a celebrity makeup artist, having worked with Gigi Hadid, Lady Gaga, and Susanne Bartsch, is forging ahead as an R&B artist in the styling of the weeknd and Banks. He focuses on extricating feelings associated with trauma and toxic relationships, and regaining equilibrium through fully embracing oneself.

The accompanying video for the single features Adam in a sex saturated and glinting virtual world, where he engages in a striptease before ascending into some sort of ecstasy driven heaven. It’s a pastel and texture driven world directed by Mike Ruiz, the features of hunky men and over the top garms lend it an '80s feel, potentially a nod to his client Bartsch, who was the promoter of renowned Copacabana parties throughout the decade.

Adam’s lisping delivery of lyrics penned by the songwriter Nisha, centre around Adam asking the object of his desires to “let me love you,” exploring sensuality as a means of re-engaging and emboldening your own sense of self, and allowing yourself to give into desire once more. The song is a hint of what to expect from Adam, who, since 2020, has been crafting his debut album, which is set to arrive next year.