Who can resist the beat? 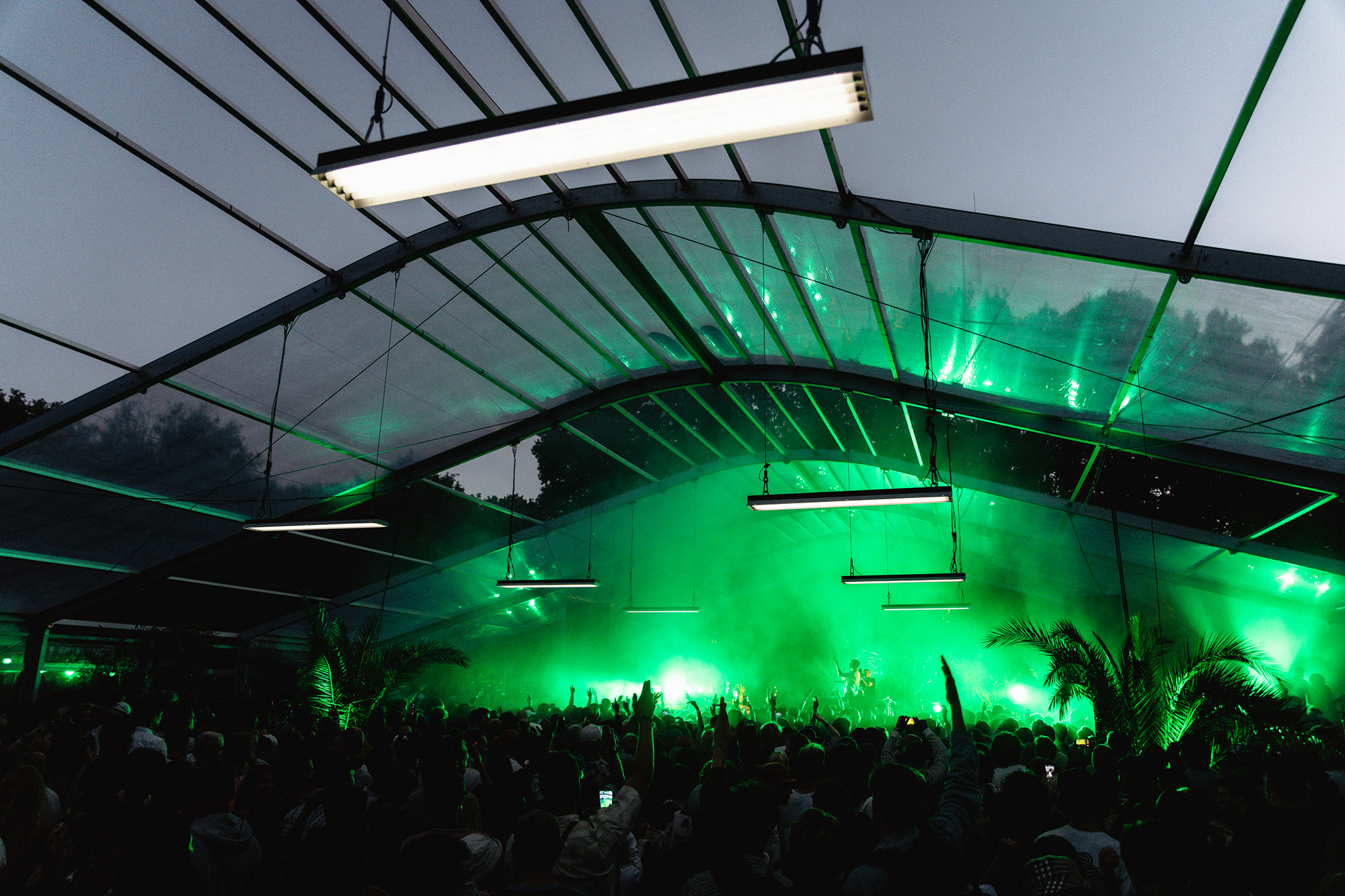 Maybe it’s just the pulsating sound of the base, but there’s something in the air of that long weekend of Dekmantel. For musically-minded locals, those five days (from August 3rd to 7th) feel like a mini-break. For the international visitors, it actually is. Between Het Muziekgebouw, the north of Amsterdam and an idyllic patch of the Amsterdam forest, the festival brings together many things. There’s the solid lineup featuring bouncy newcomers alongside some of techno’s founders. The festival’s forest setting features eight stages, each with its own lighting and spatial design and ranging from the all-consuming darkness of UFO I to the sun-lit greenery of the Selectors stage. Then, there’s the audience. Bros in flashy short-sleeved shirts sway alongside corset-clad divas, nonconformist Gen Zers in oversized denim and several visitors who could easily be mistaken for the cast of The Matrix. 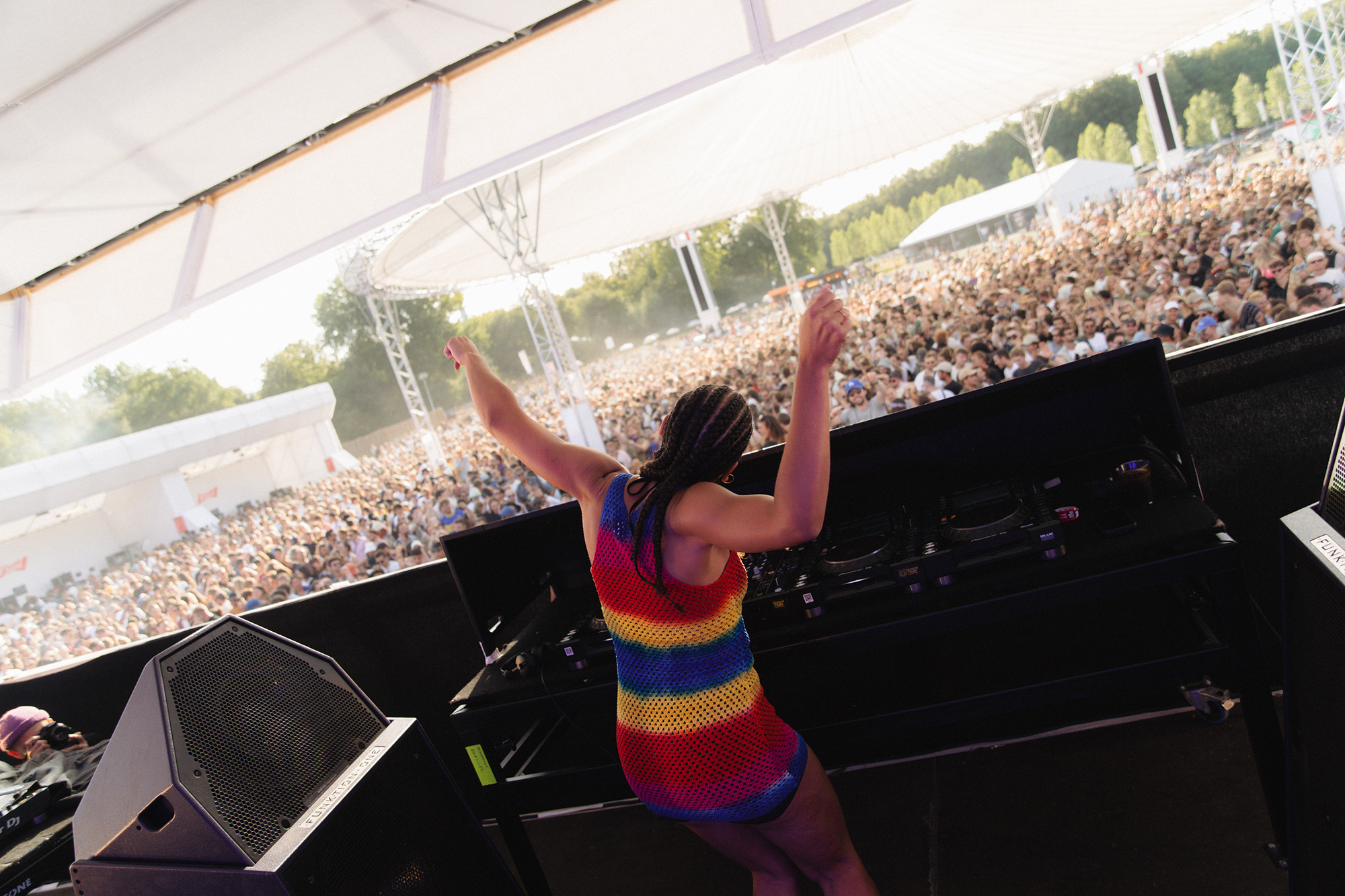 The whole thing kicks off on Wednesday and Thursday, with a programme that teases the line between a sit-down concert and a crowded rave. This all happens in Het Muziekgebouw, an imposing concert space which usually has its eye on contemporary classical music. Except now, the velvety foldout chairs have been removed, leaving space for the audience to sit on the floor, boogie, or meander around the rooms. You can listen to the rhythmic vocals of Marina Herlop, dance to the beats of Lazergazer and lose yourself in the electronics of Laurel Halo, played alongside Oliver Coates’ cello.
But as any local or savvy bike-renting visitor knows, the festivities really start on Friday’s cycle to the Amsterdam forest, which remains Dekmantel’s location for the weekend. As you pedal your way past lush trees and wildflowers, you’re greeted by cigarette smoke and the above-mentioned merry band of festival-goers. The relatively peaceful ride is in stark contrast with the festival itself, which engulfs you with its flashing lights, big crowds and a dazzling array of options. Over at the sunny Selectors stage, legends Sadar Bahar and GE-OLOGY are playing disco bangers, which seems like a good place to start. They’re surrounded by at least three chaotic crates of records, a massive Louis Vuitton bag and a tiny Disney-themed box housing seven inches. But before there’s time to savour that mise-en-scène, they drop some gospel and the crowd goes wild.
Later that day, the tunnel-like UFO II offers a completely different experience. Here, the synths, beats and screams from Animistic Beliefs feel raw and emotional, yet surprisingly danceable. Over at the Greenhouse (a glass-like space with lots of palm trees and smoke machines), spirits remain as high as the BPM. Identified Patient is closing down the night here. Maybe it’s because he’s a regular in the local club scene, but he whips the crowd into a frenzy with his twists and turns, acid and electro. After he drops a hysterical french banger, the audience is left with just one thought: this guy is headline material.
With muscles already getting sore and the knowledge that there are still two more days to go, Saturday is a great day for taking it easy (or, easy-ish). At the Main Stage, Jayda G smoothly transitions from soulful house to mood-boosting funk and some of disco’s greatest hits. It’s accessible, sure. But it’s never boring. As the sun shines and hips sway, several dancers kick off their shoes to dance barefoot. Yet, Dekmantel’s Saturday also poses a conundrum (as a festival with such an abundance of choice is bound to do). If you can’t clone yourself, how do you choose between simultaneous acts?
Over at the Selectors stage, Yu Su serves jazz, house and soul rich with dubs and vocals. It’s refreshingly low tempo, yet high energy. She drops a house remix of a Crooner track and the crowd is loving it. Yet, if you move away from the speakers, you might get tempted by the bass-heavy sounds from Kampire, which are being lifted over from the Greenhouse. A key player in the Nyege Nyege collective, Kampire knows how to make crowds dance with a freedom that’s rarely seen in the Netherlands. She plays footwork and African club music as dancers are dropping low and shaking their butts. One couple spontaneously starts to ballroom dance, as groups of strangers are connecting over their mission to drop even lower or shake even harder… which is probably one of the best compliments a DJ can get from a crowd.
When it comes to multiple-day festivals, Sundays tend to be the best. And Dekmantel is no exception. Aside from a more adventurous lineup, (or maybe because of it), Sundays summon a more devoted audience — people for whom five days of dancing is a source of energy rather than a drain of it. And let’s be honest: who needs lie-ins and brunch when you can listen to Mimi instead? Her set is much more energising than a cup of coffee anyways, as she flips from jungle to United Kingdom rave, garage to breakbeats. She’s not the only one doing that in The Nest that day; Dekmantel’s newest stage which is half-covered, half-sunny and tailored to bass-heavy sounds.
Later that day, Uniiqu3 will drive The Nest’s audience mad too — her unpredictably booty-shaking track selection (think Jersey Club meets house and Alice Deejay) only toppled by her exhilarating stage presence and MC skills. She finishes her set dancing and chanting on top of the DJ booth. But whereas Dekmantel is great for discovering new favourites like Uniiqu3, it’s also a place for appreciating the founding fathers of techno — Robert Hood being a prime example. His one-hour set is iconic and heavy on the organs. Not that you’d expect anything else. So how do you close a weekend like that? Surely not with a fizzle, but with a bang! And “Bang! Bang! Bang!” goes the bass at UFO I, courtesy of queer collective Herrensauna. The lights are strobing and the speed probably doesn’t drop below 150BPM, as the audience attempts something between Gabber and a step dance with their last shred of energy. It’s hot, sweaty and shirtless, making ‘Herrensauna sound’ like a pretty apt name. We’ll probably all have to bike home soon. But for now, let’s direct our remaining energy to the night. 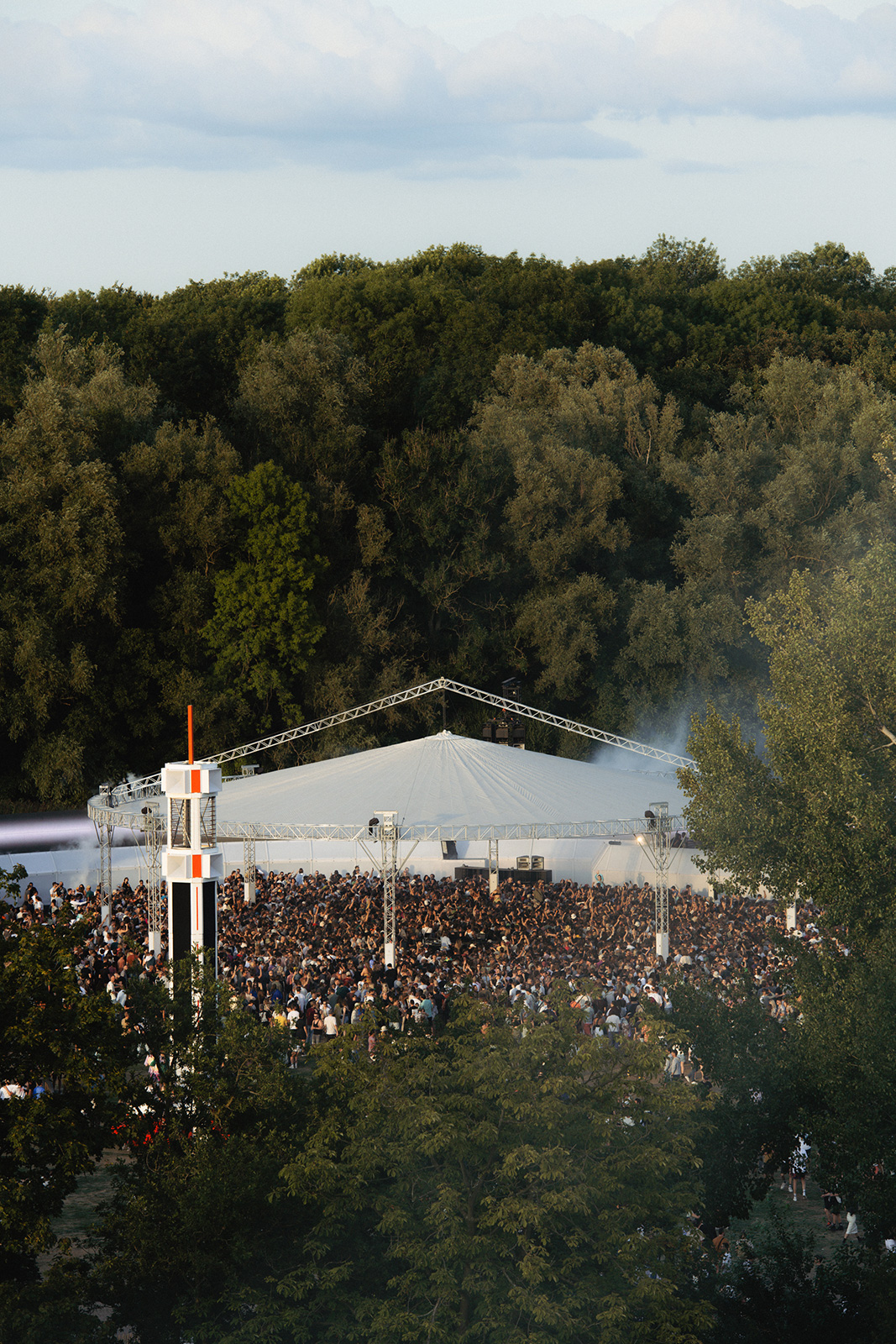 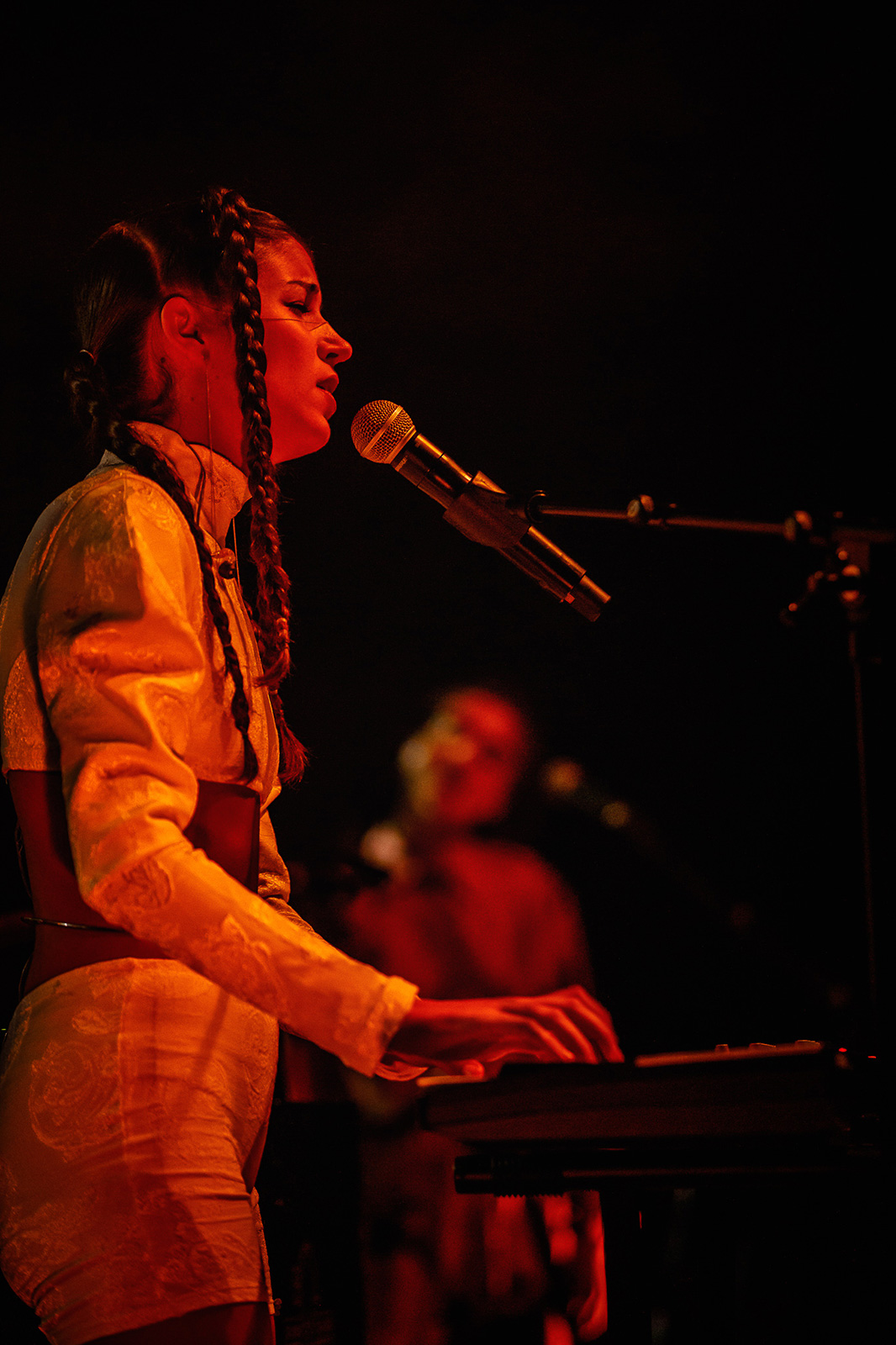 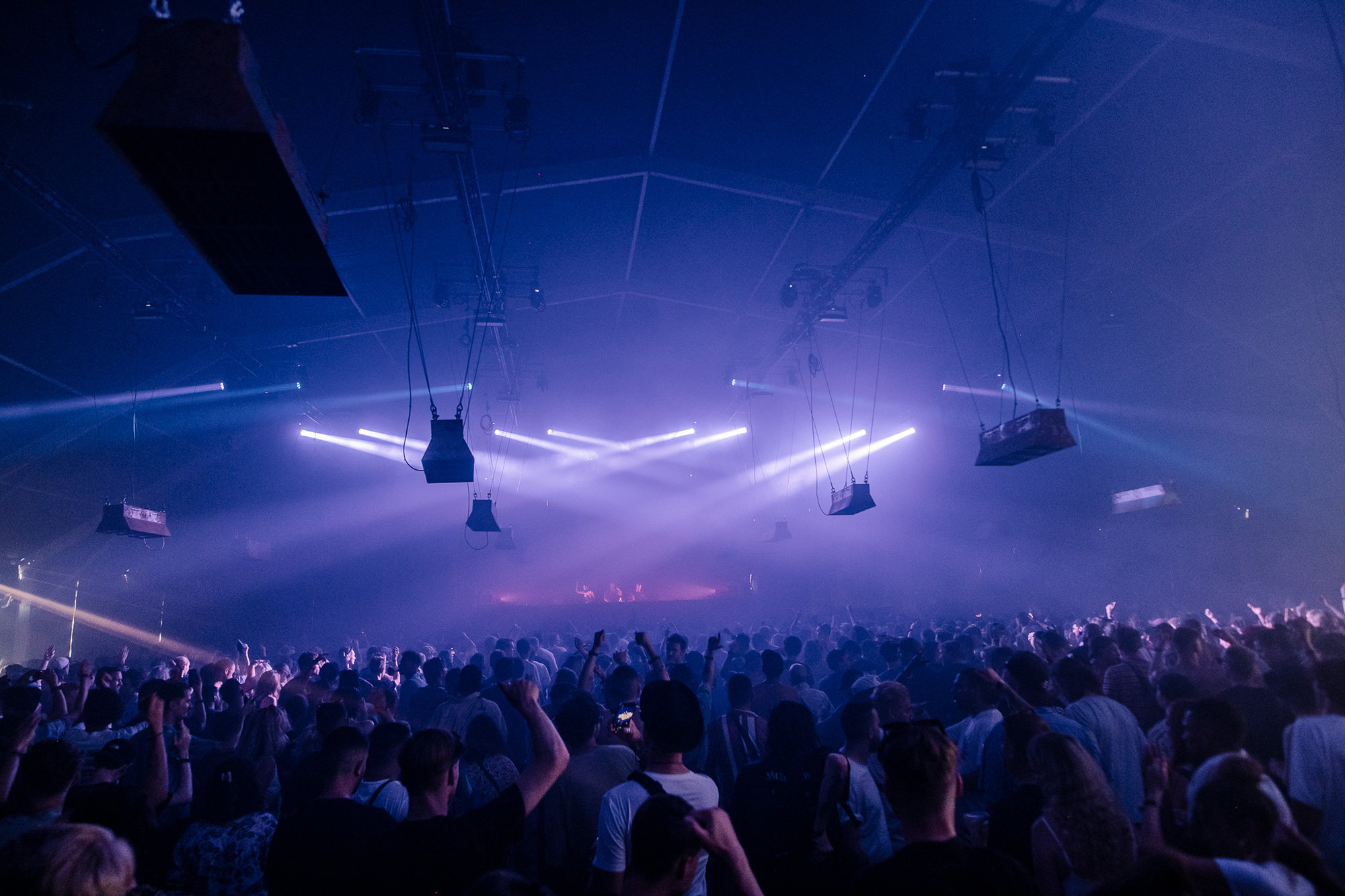 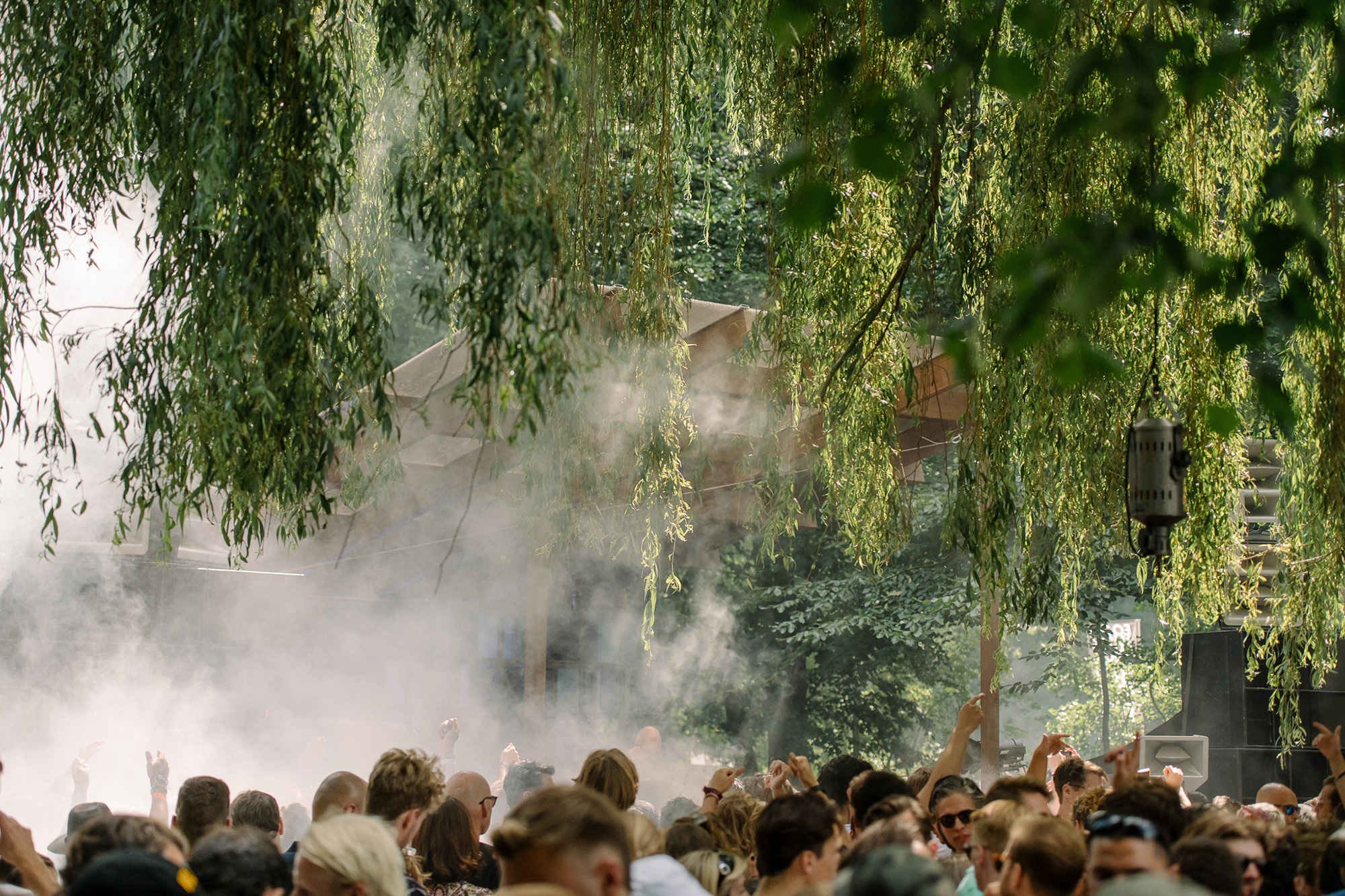 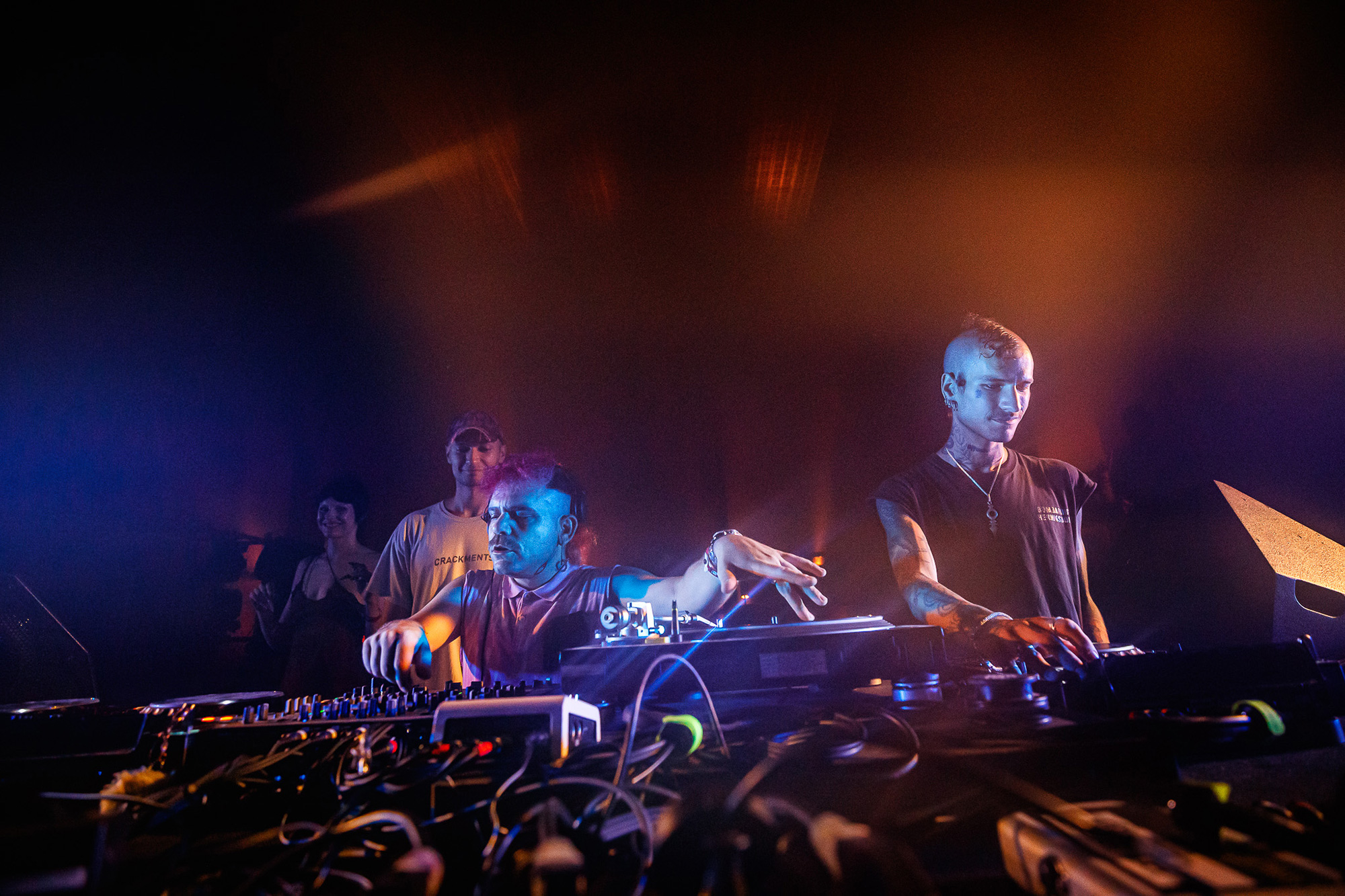