His own post-apocalyptic vision 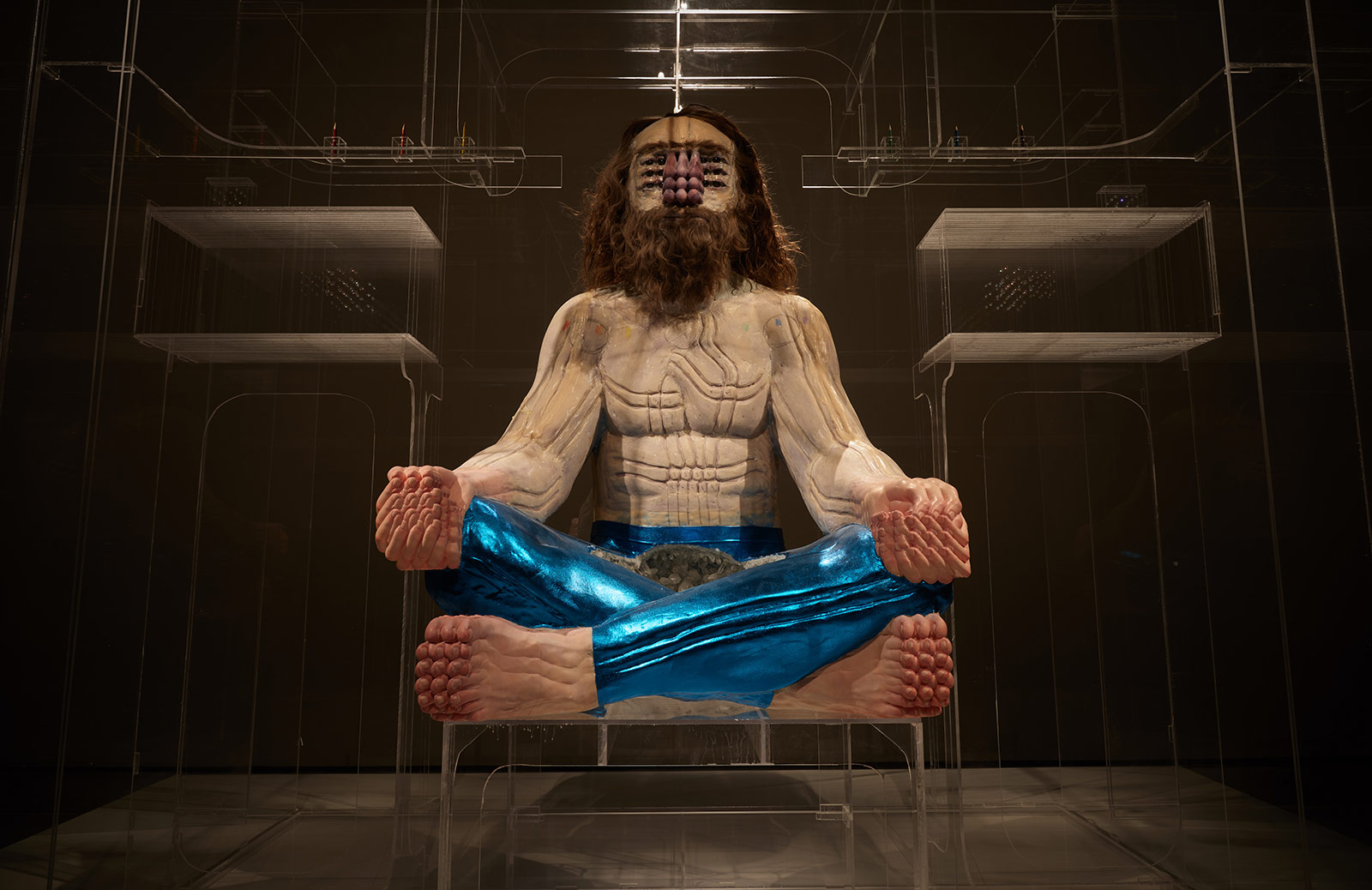 New York-based artist David Altmejd is having his first solo show in Asia at White Cube gallery in Hong Kong. His oeuvre of unique and thoughtful sculptures come from a profound fascination with nature and unpredictable things. Repulsion and admiration, Altmejd’s unmissable exhibition entitled The Vibrating Man, on view from until May 18, will not leave you indifferent.
Canadian David Altmejd is known for mastery creating highly detailed sculptures that tend to blur the distinction between interior and exterior, surface and structure, figurative representation and abstraction. He is interested in how the act of constructing an object and the unconventional use of materials give rise to meaning. “I do not want to use the piece as a tool to communicate meaning. I want it to be able to generate its own meaning”, he says. The human body in relation to processes of decay, renewal and transformation is his recurrent theme.

White Cube in Hong Kong is now presenting The Vibrating Man, Altmejd’s inaugural exhibition with the gallery and first in Asia. His new sculptures unfold into different narratives and visual points that allow multiple simultaneous readings. A palpable taste for the creepy and mysterious things that are difficult to describe. The unique collection of sculptures includes raw material that is manifested in a post-apocalyptic fantasy, radiating animistic energy.

The solo show is presented as two distinct installations on each of the gallery floors. On the ground floor, ‘the vibrating man’ sculpture from which the exhibition takes its title, appears in the middle of the room in apparent meditation and seemingly levitating. Therefore, the whole space takes a suggestive atmosphere of concentrated energy. While, by contrast, on the first floor, the gallery contains a profusion of sculpture, as if the energy contained downstairs has exploded releasing an impulsive creative force seizing the whole space.

Altmejd’s characters suggest duality; familiar and yet uncanny, both real and unreal. The fragmented figures evoke the potential of physical disintegration and also of limitless possibilities. Evolution and reinvention. “Fake vs. real, organic vs. mineral, seductive vs. repulsive. These contrasts produce tensions and the tensions produce energy. When energy flows through sculpture, it becomes alive, independent, and ready to be shown”, he says.
The exhibition The Vibrating Man by David Altmejd is currently on view until May 18 at the White Cube gallery, 50 Connaught Rd Central, Hong Kong. 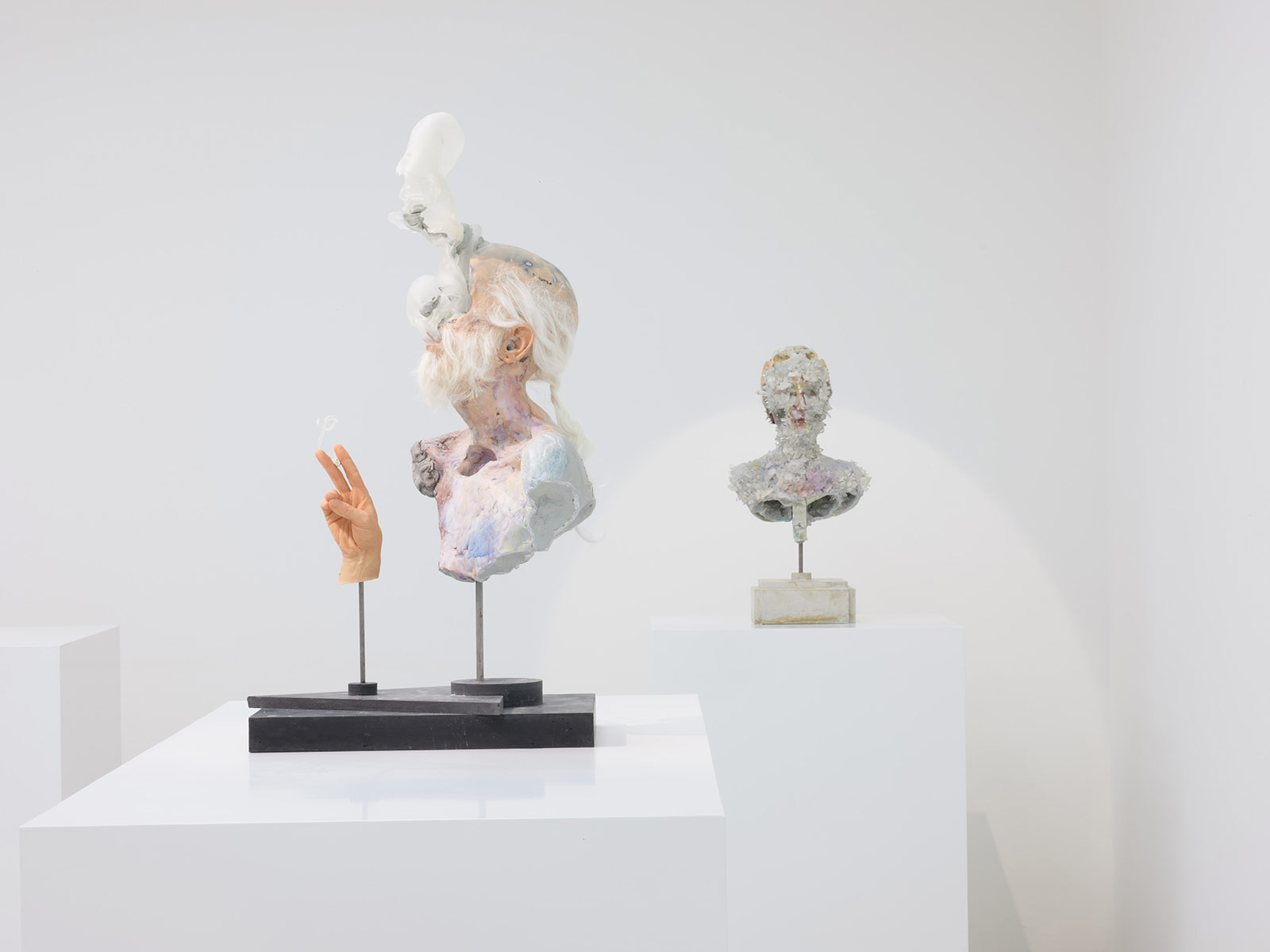 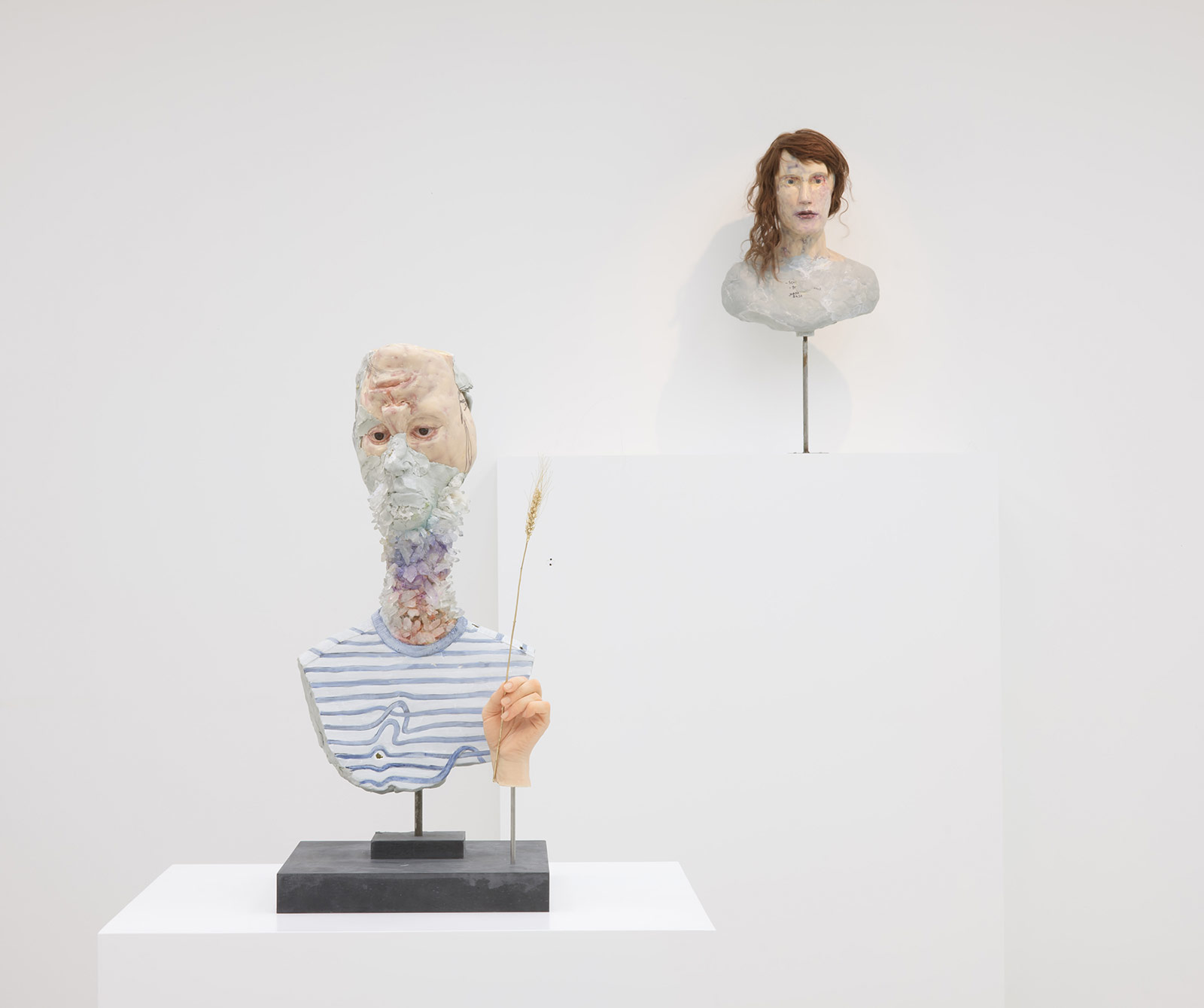 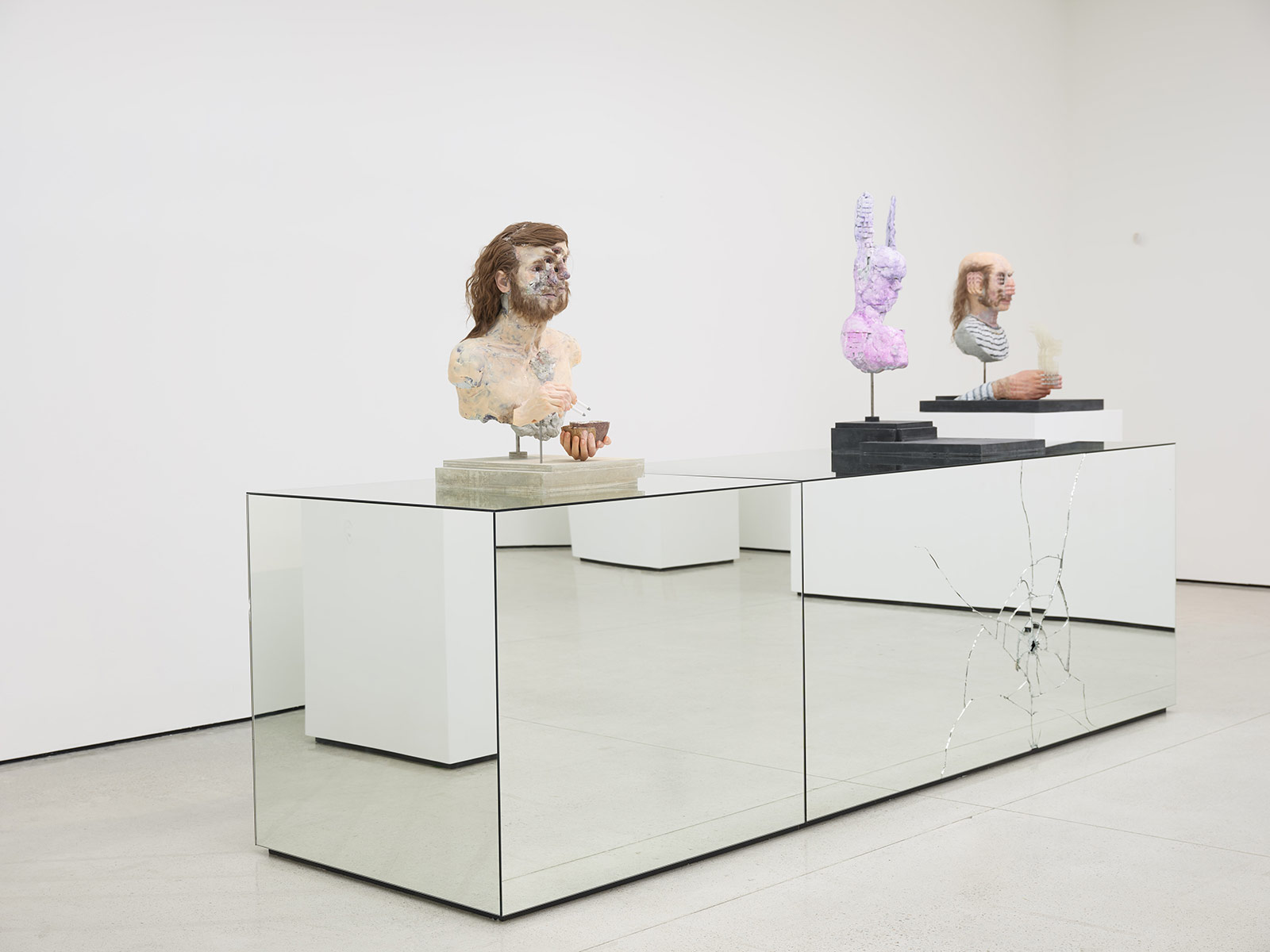 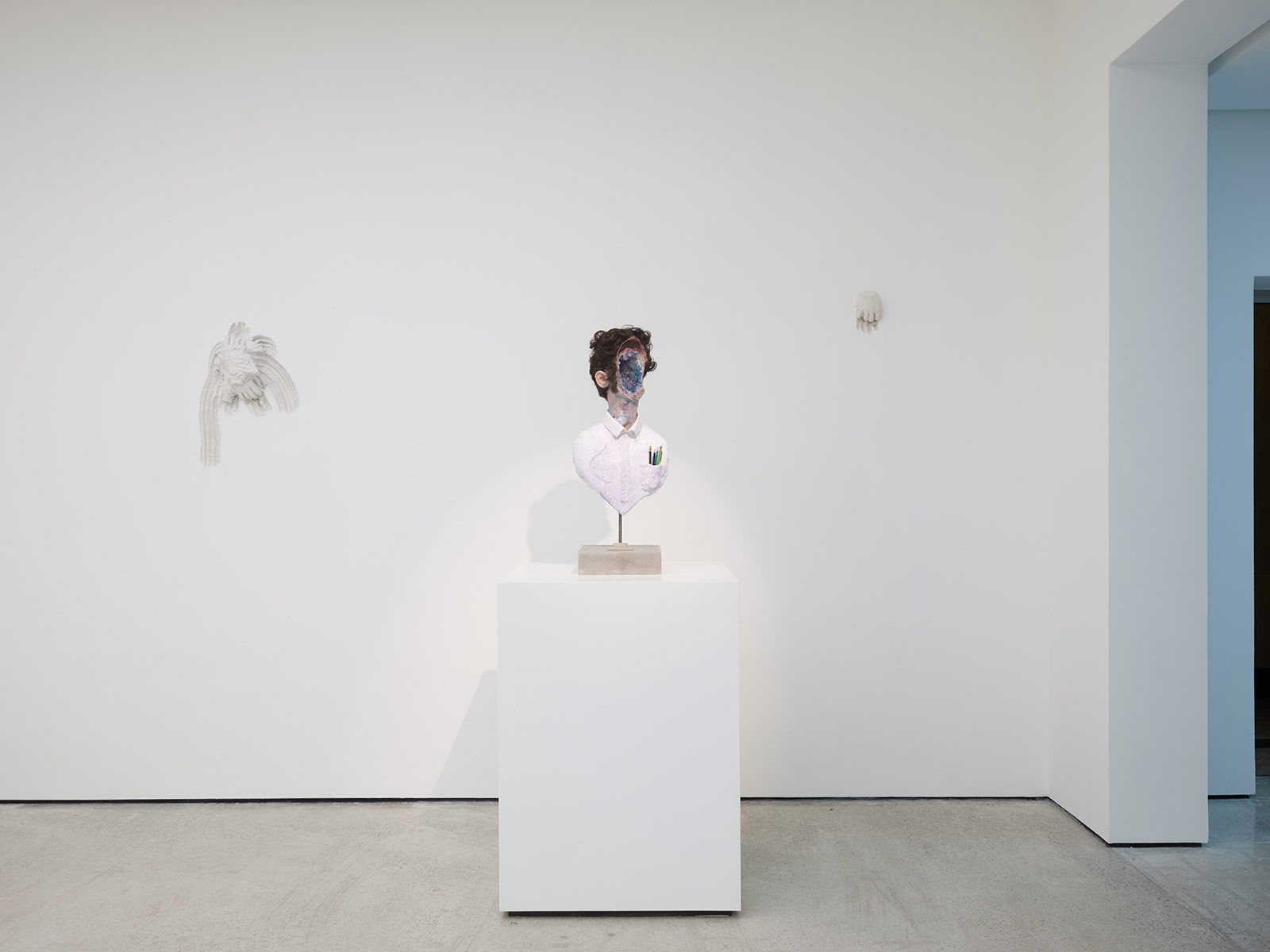 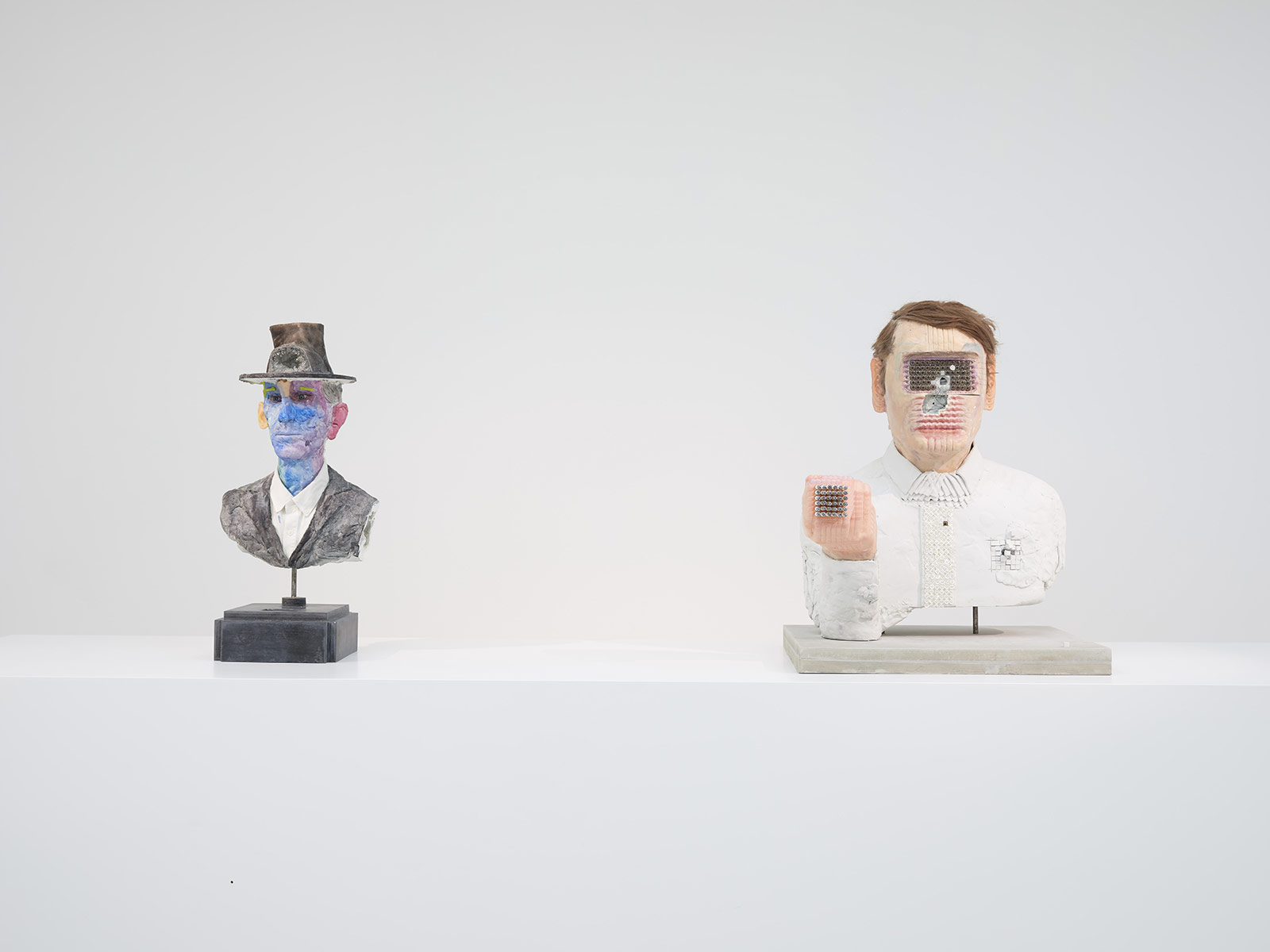 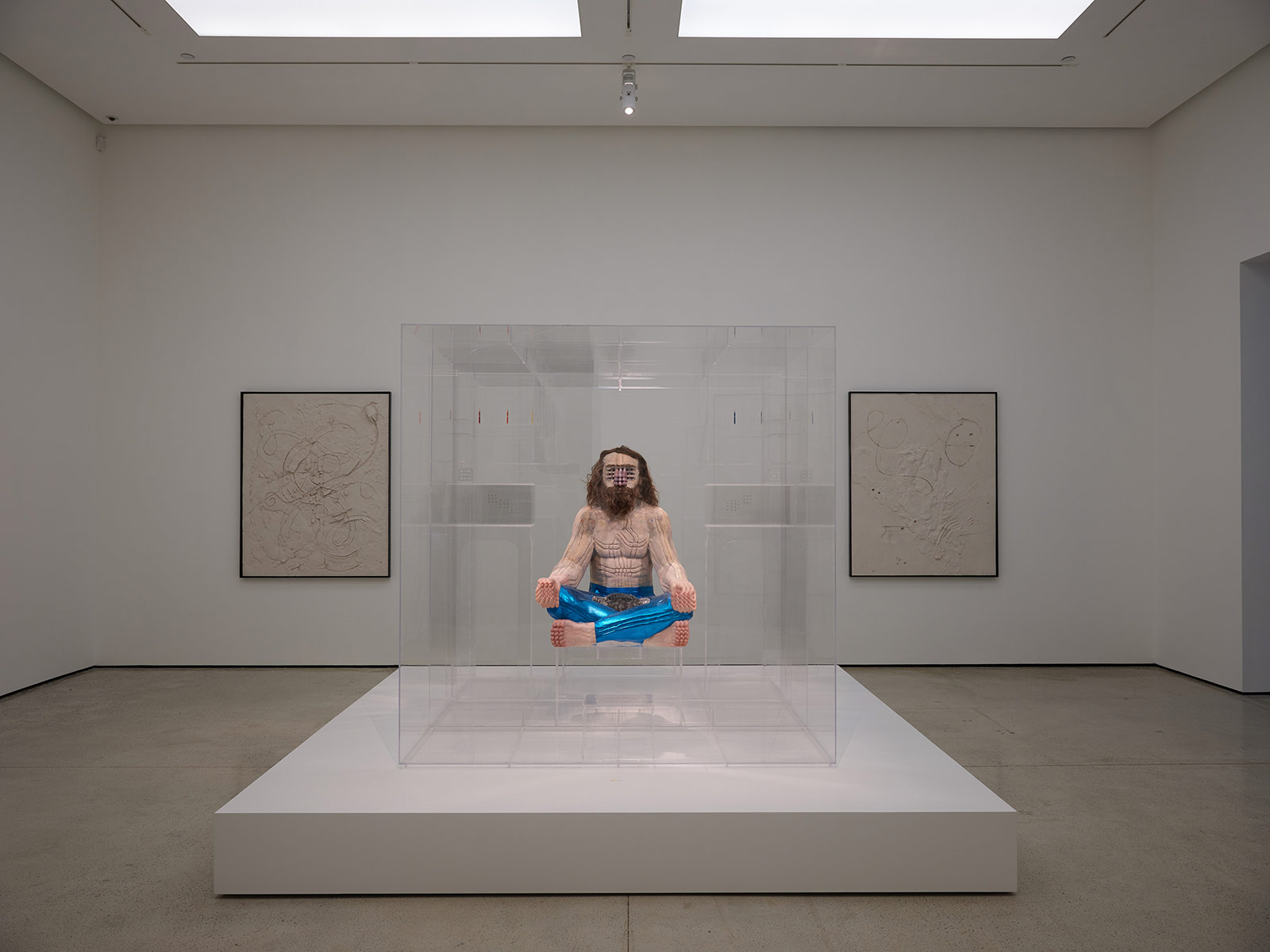 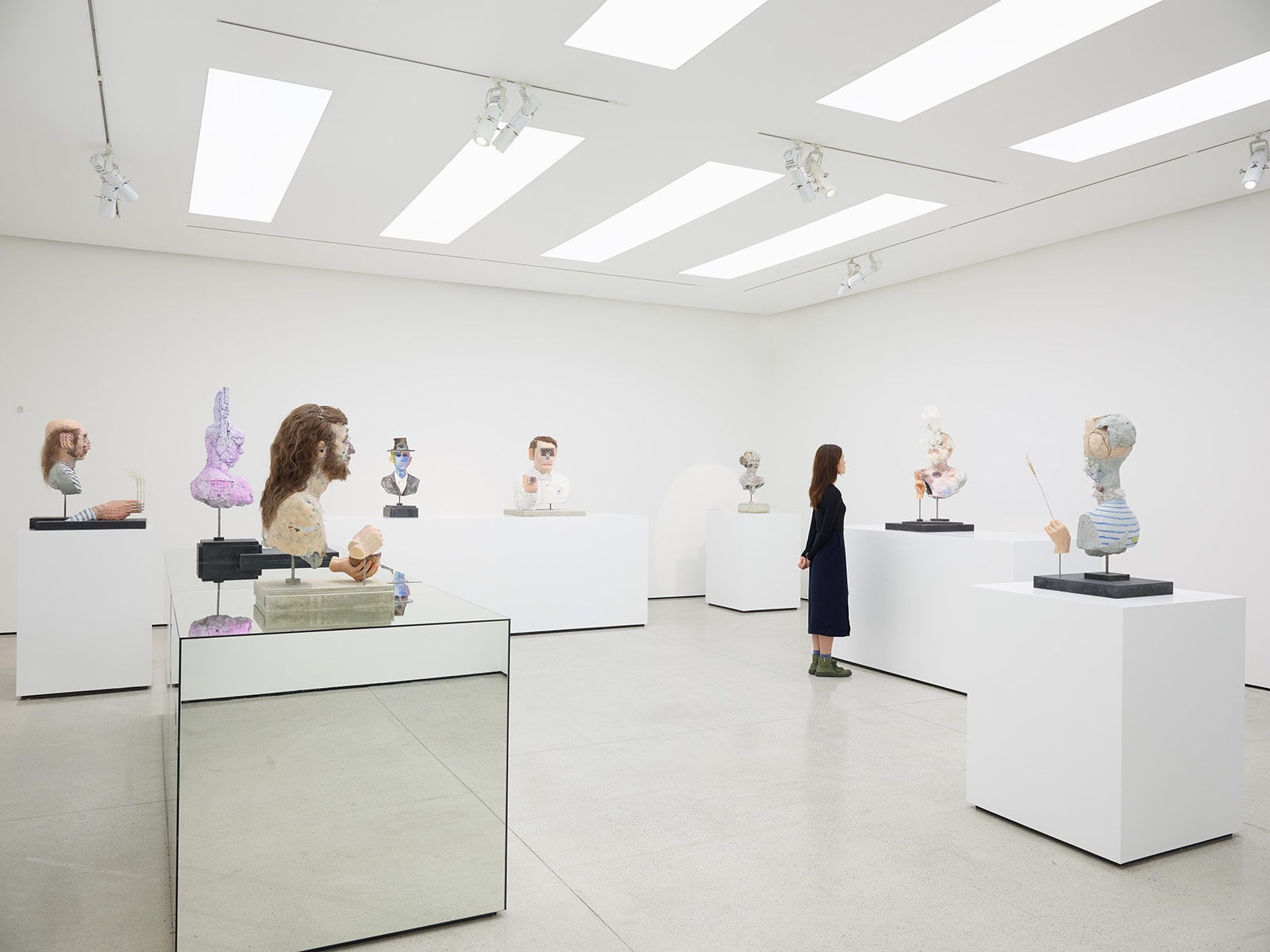