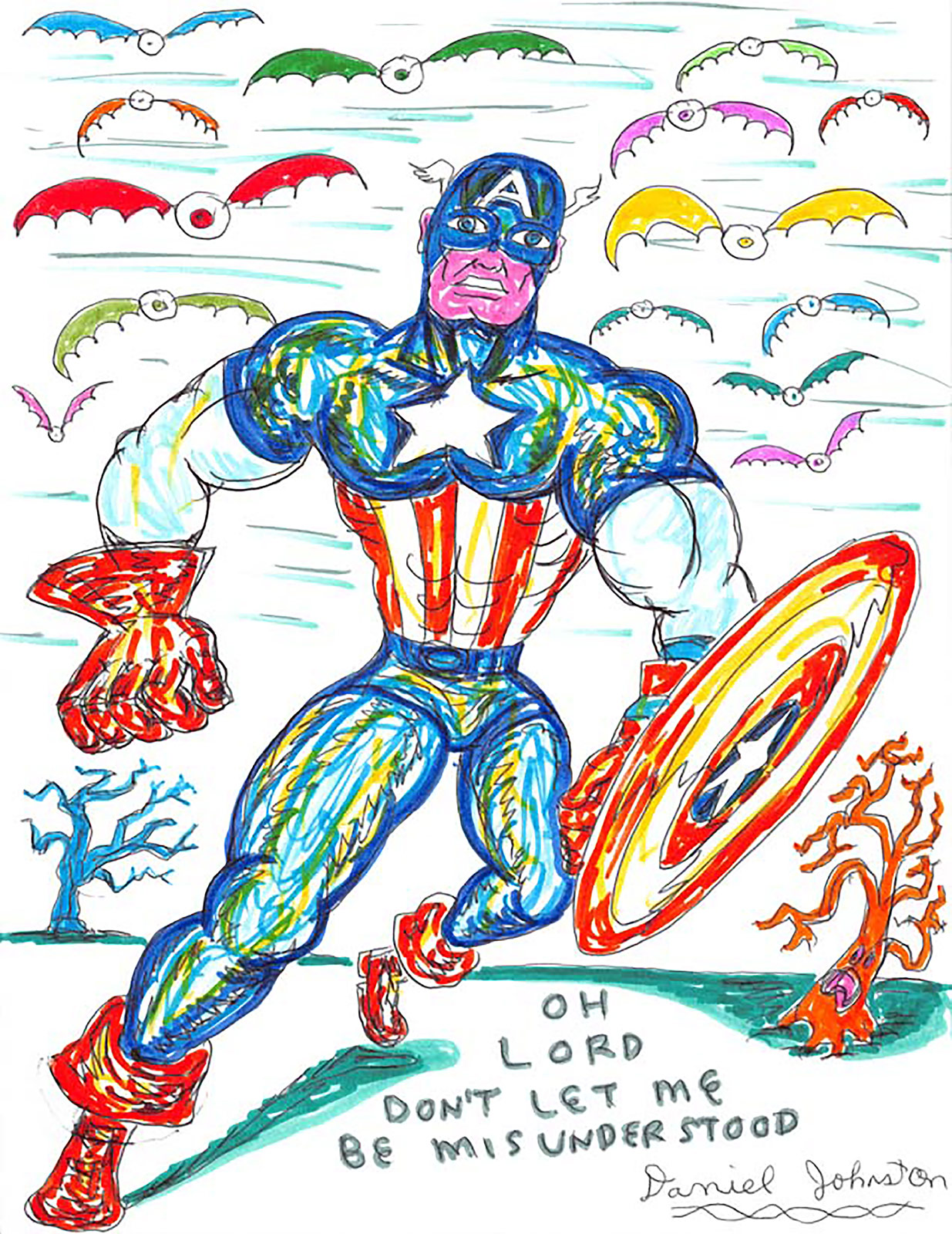 The Outside Art Fair 2021 presents an exhibition at the Electric Lady Studios of the psychedelic drawings of the late American singer-songwriter and visual artist Daniel Johnston. Like his music, often described as 'pure' and 'childlike,' his art also shows this peculiar style and energy the artist conveys. Inspired by characters like Casper the Friendly Ghost, his effortless and colourful drawings feature different characters with his unique vision, also influenced by the artist’s ongoing struggle with manic depression. “In Johnston’s vocabulary, Satan and Captain America are not jokes; they embody internal virtues, aspirations, fears, and resistance that he himself lived out,” notes curator and renowned cartoonist Gary Panter.
Founded in New York in 1993, the Outsider Art Fair is an exhibition dedicated to showcasing self-taught art, art brut and outsider art from around the world that has displayed the art of many important artists such as Henry Darger, Bill Traylor, Dan Miller, Shinichi Sawada, Luboš Plný and others. Some of the self-taught artists displayed on the Outsider Air Fair such as Susan Te Kahurangi King and Henry Darger endured neurological or psychiatric disorders, like Daniel Johnston whose family has created the Hi, how are you project to generate awareness about mental health issues with the general public. In Panter's essay dedicated to the exhibition, he mentioned “Despite their conditions, each has built a powerful and unique fantasy world out of images from mass media – hieroglyphs of returning images and characters.”

Daniel Johnston: Psychedelic Drawings is shown at Electric Lady Studios, the Greenwich Village recording Mecca founded by Jimi Hendrix in 1969, other exhibitions from the fair are across multiple locations in Manhattan. “Art has always been a fixture at Electric Lady Studios, from the large sci-fi, space murals commissioned by Hendrix, to the decoupage installations done here in the early 1970s. I began building my own collection of Daniel’s work and recognised that a separate collection for the studio would be great inspiration for musicians recording here. The creative dialog begins instantly when people see them,” notes Lee Foster, Electric Lady’s Managing Partner.
Daniel Johnston: Psychedelic Drawings is open to the public by scheduled appointment through the Outsider Art Fair and accessible as part of the fair’s Online Viewing Room. On view until February 7, 2021 at Electric Lady Studios, 52 West 8th Street, New York, 10011. 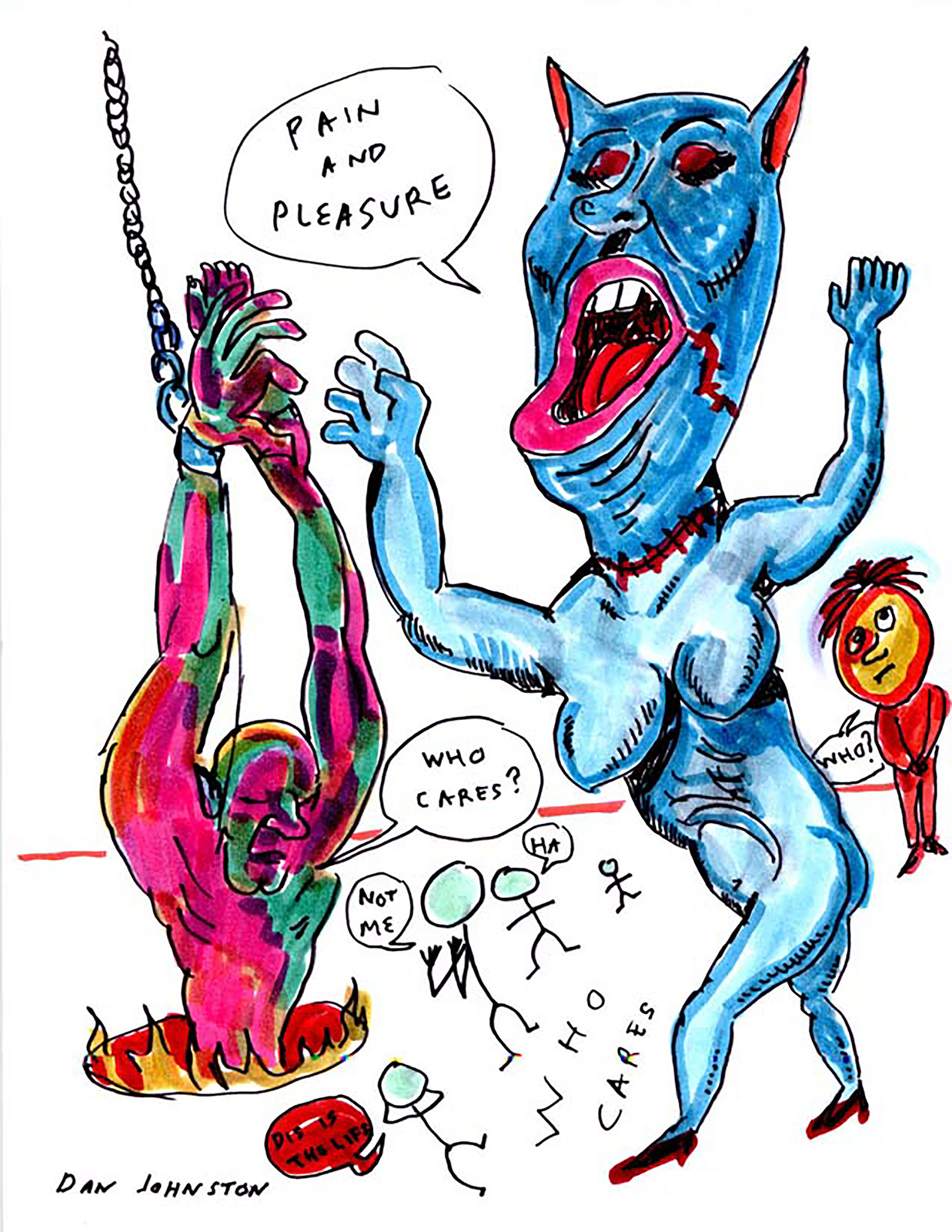 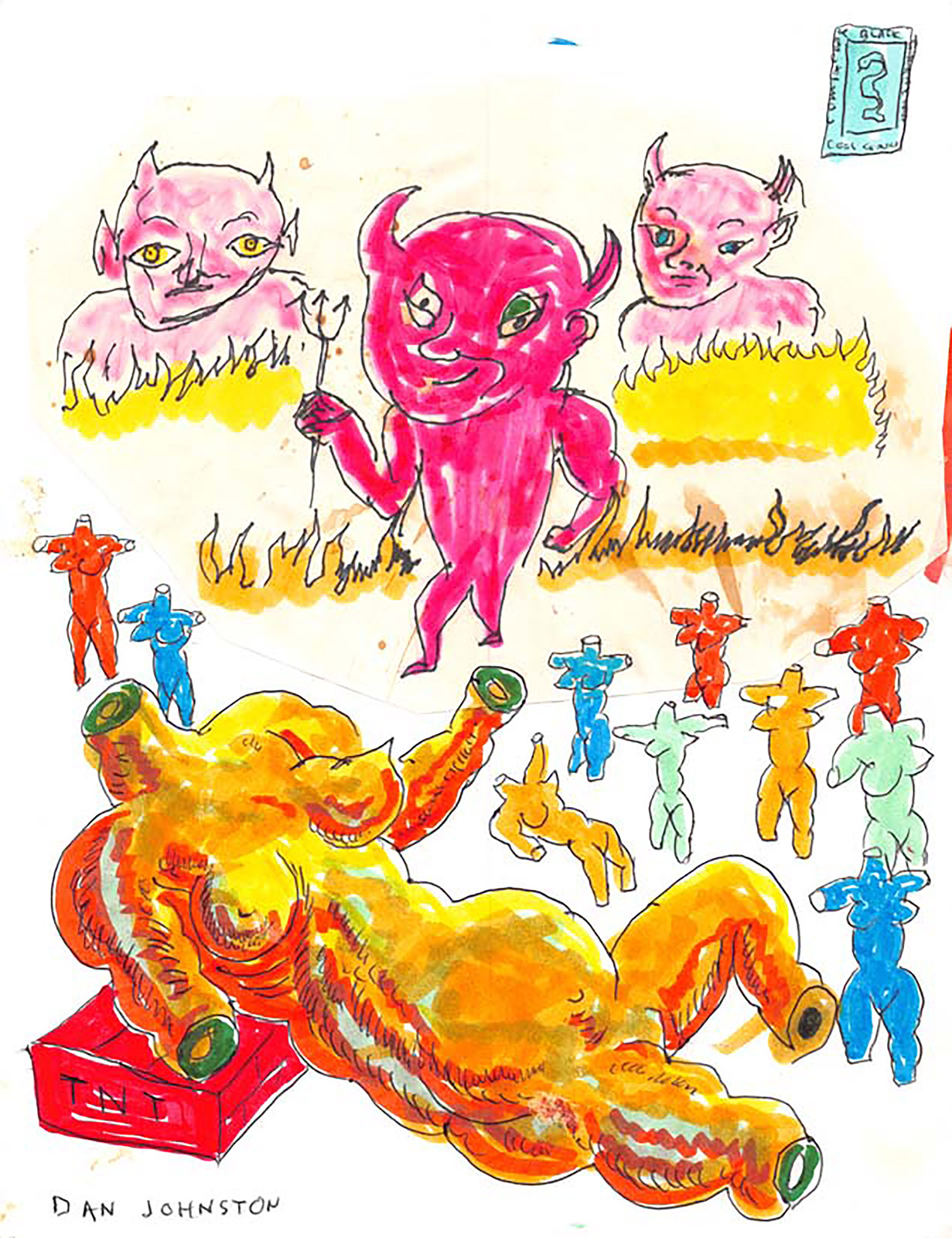 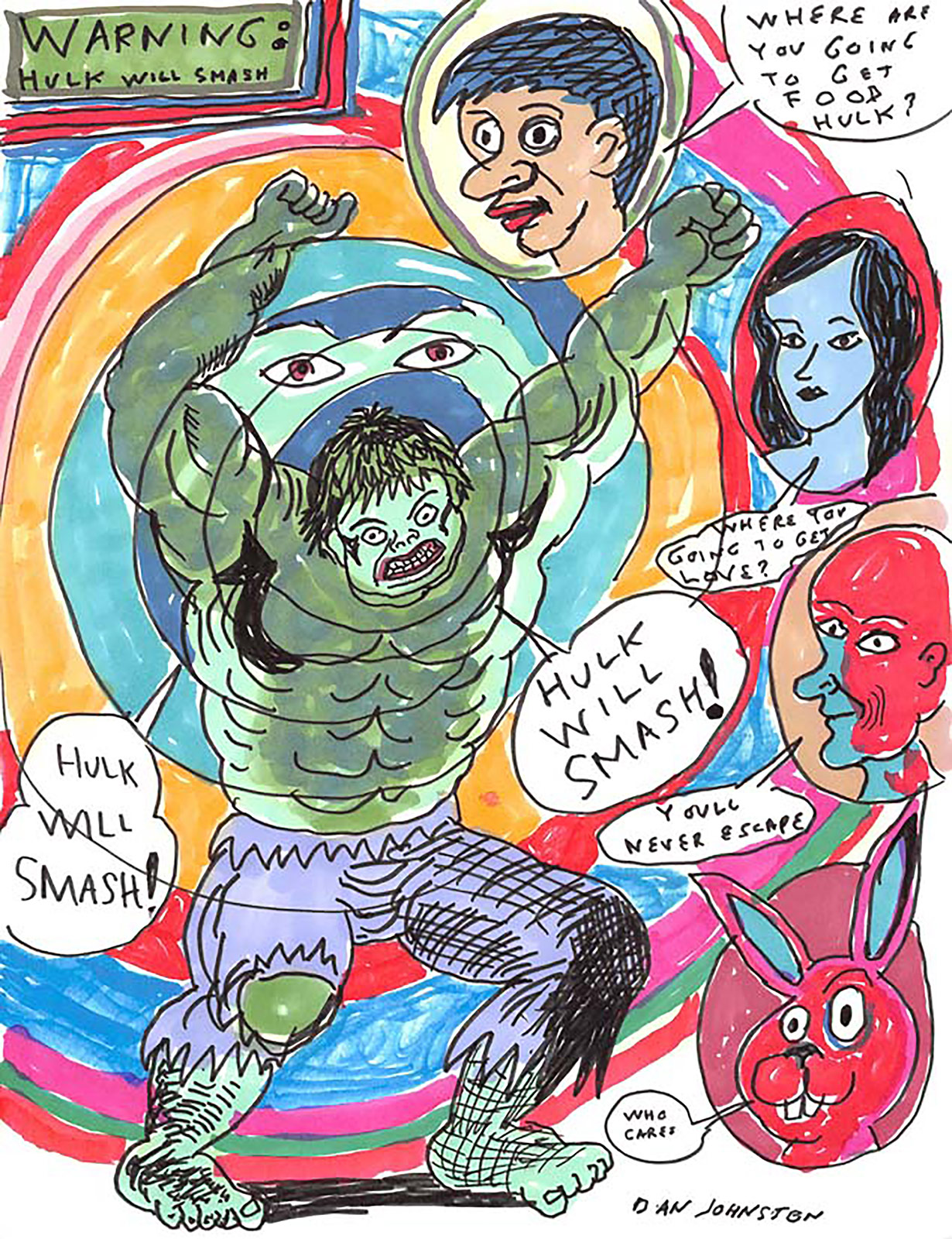 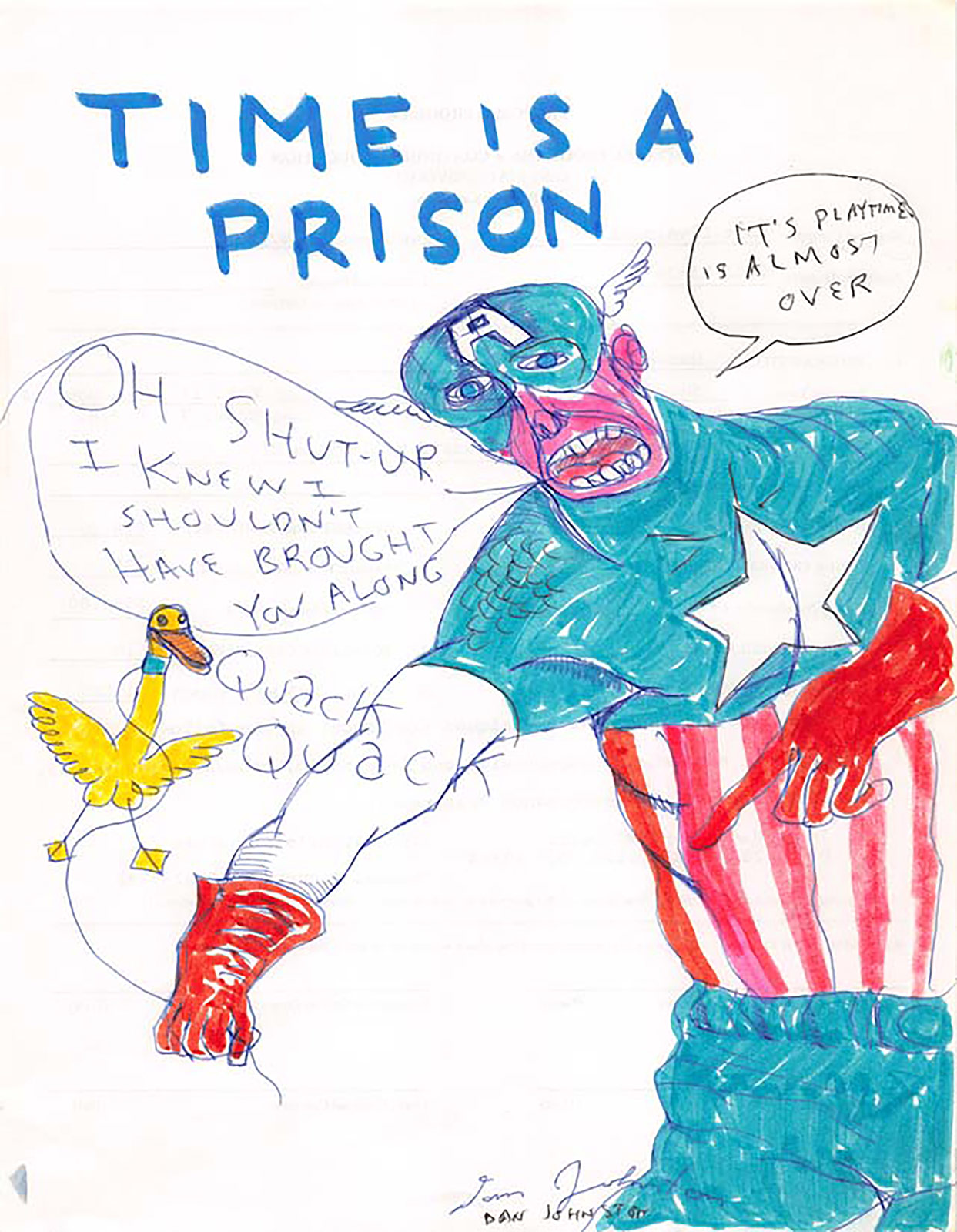 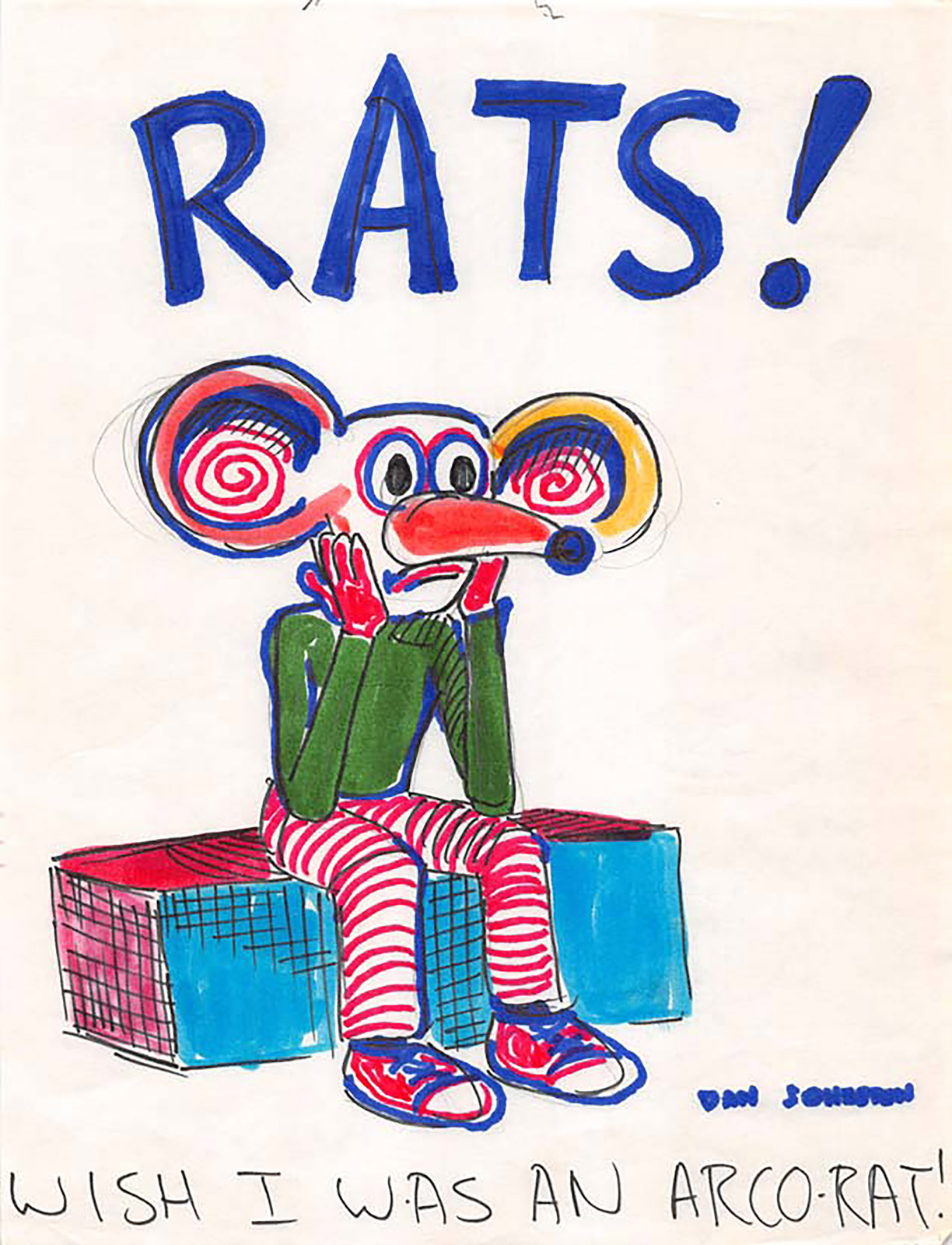 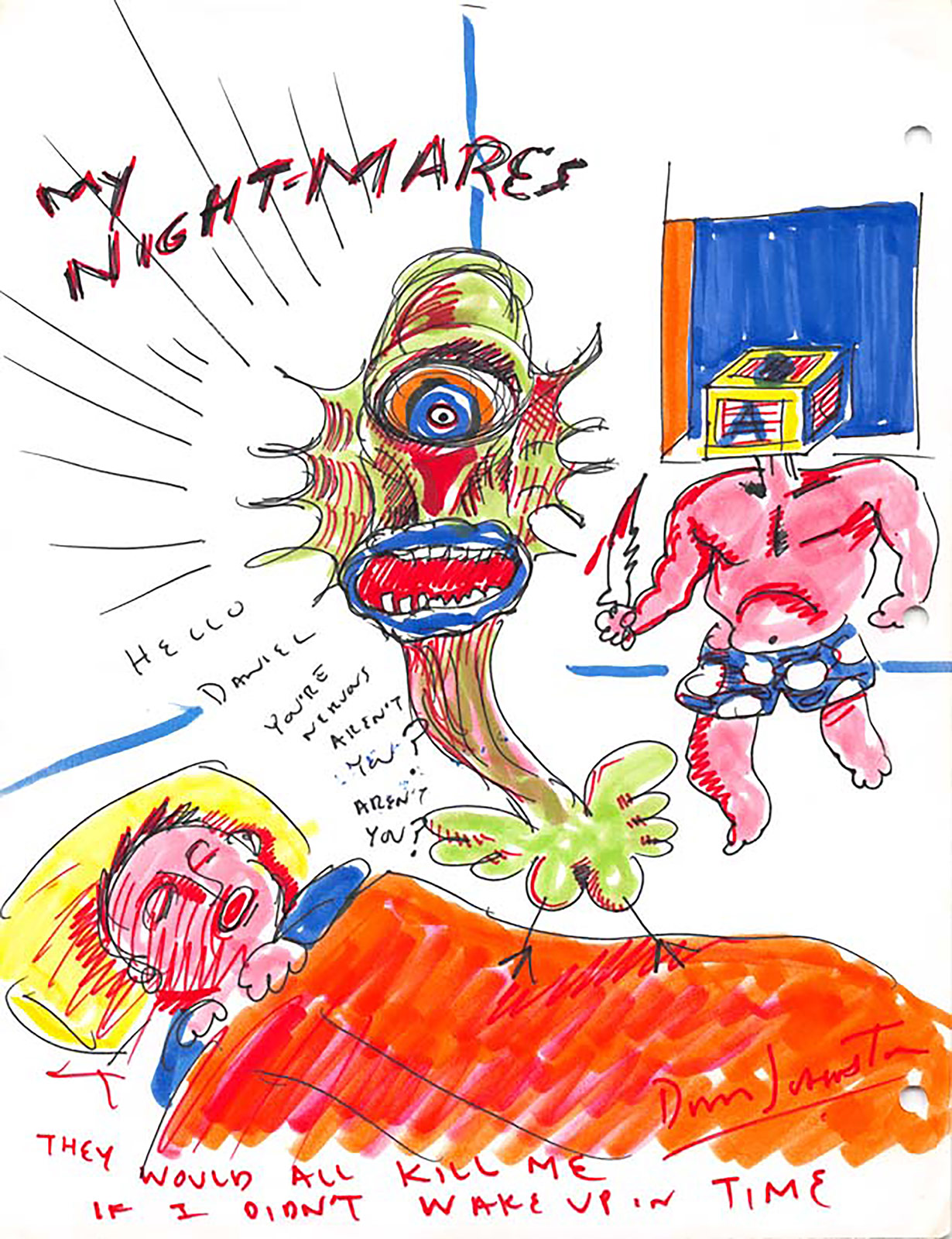 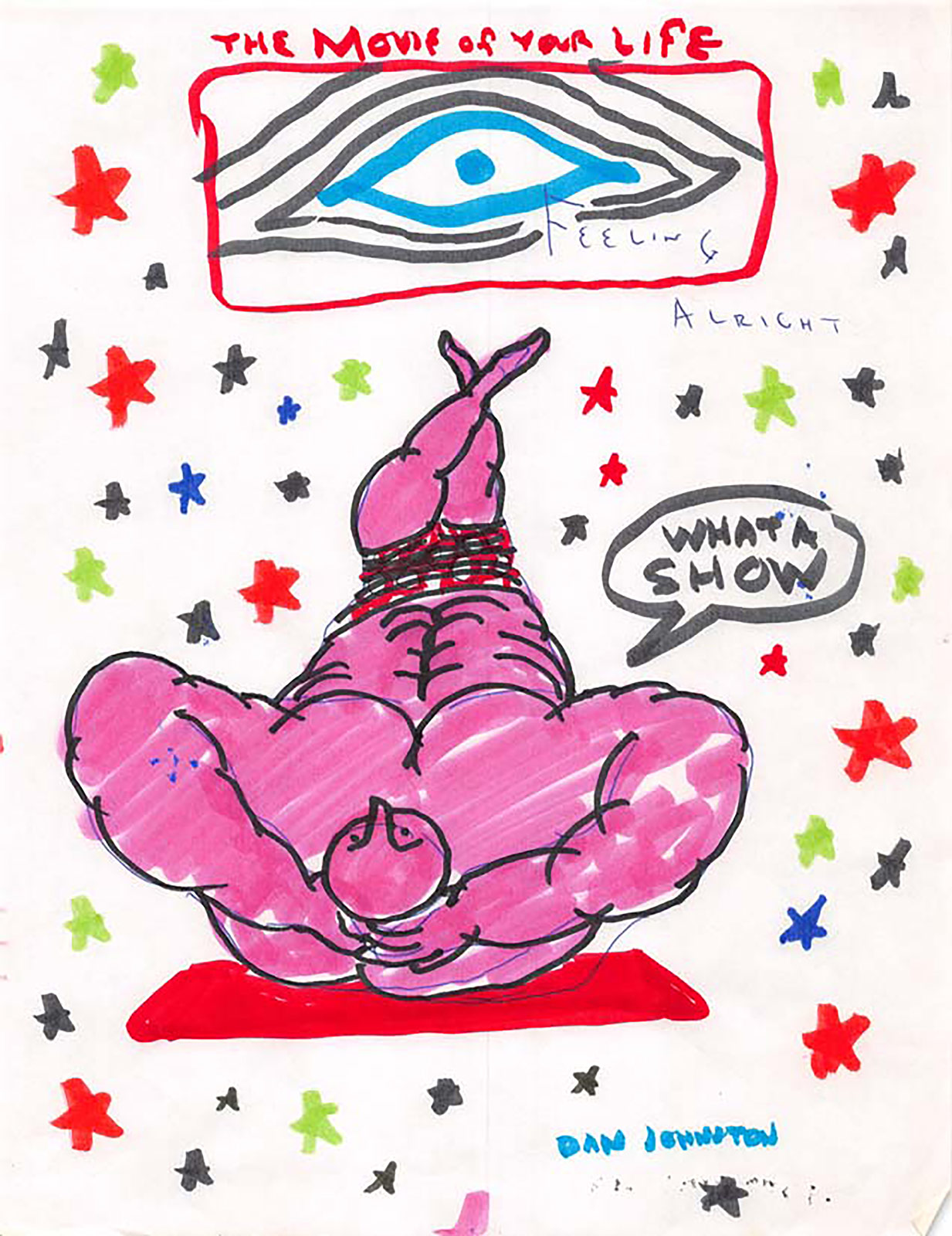 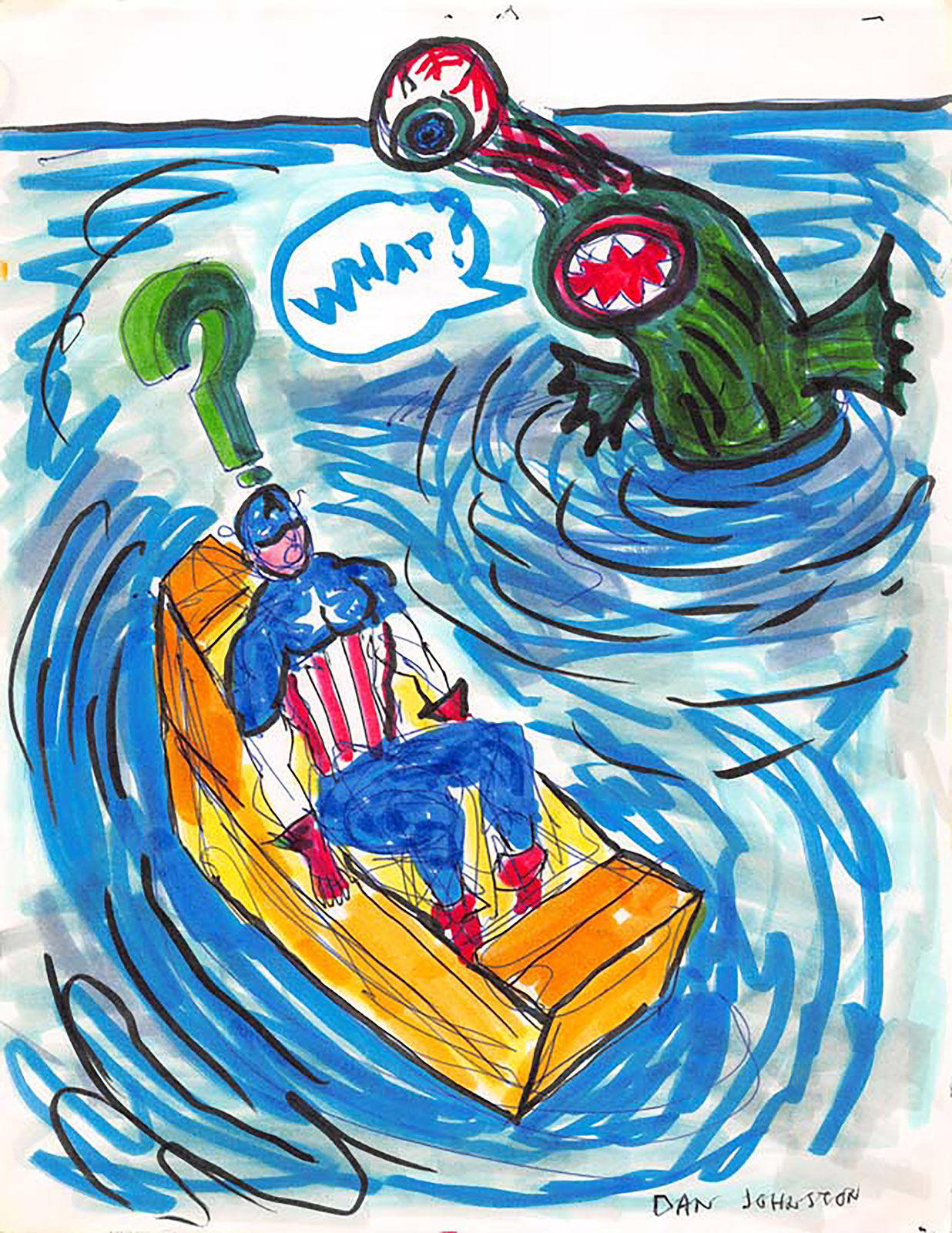 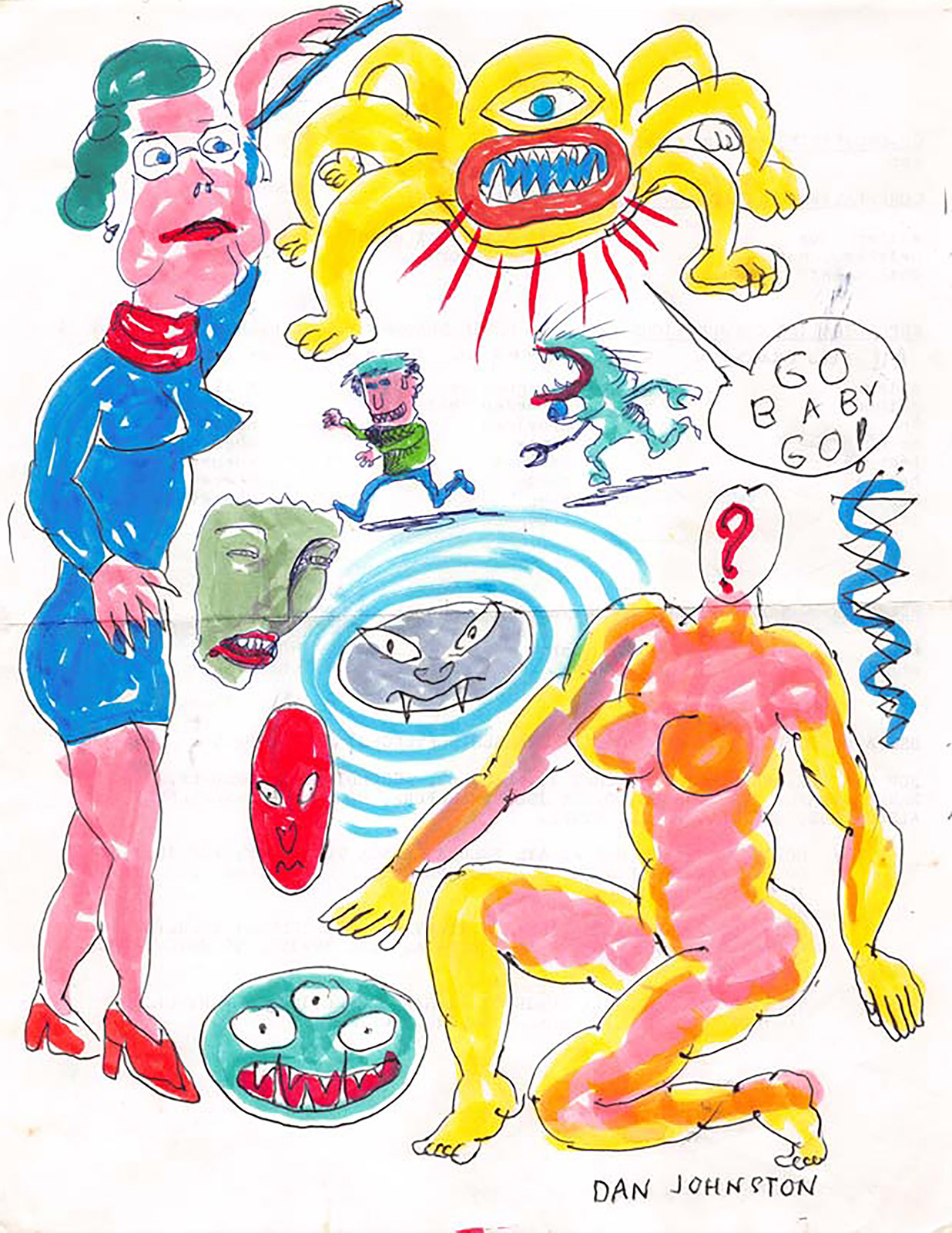 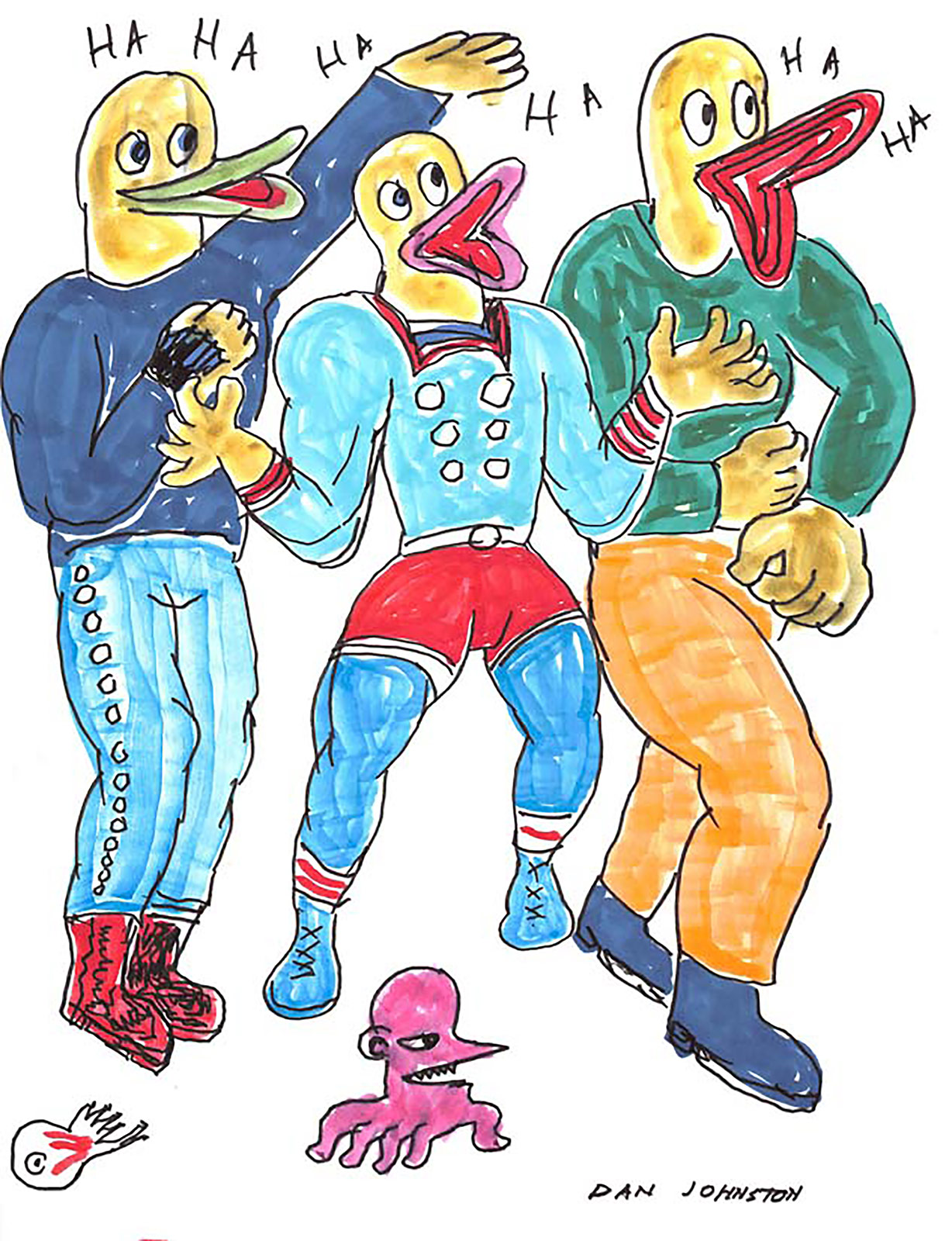 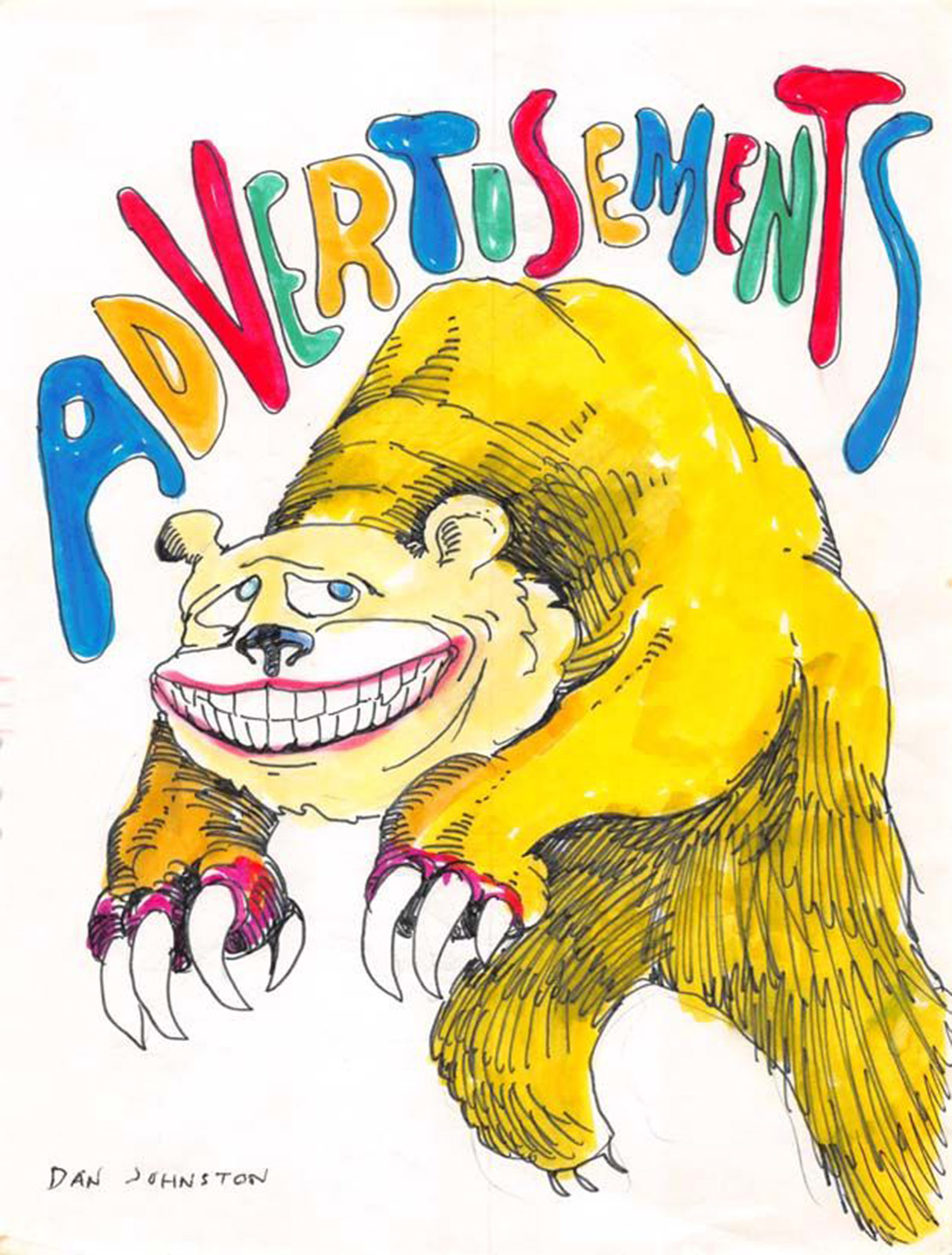 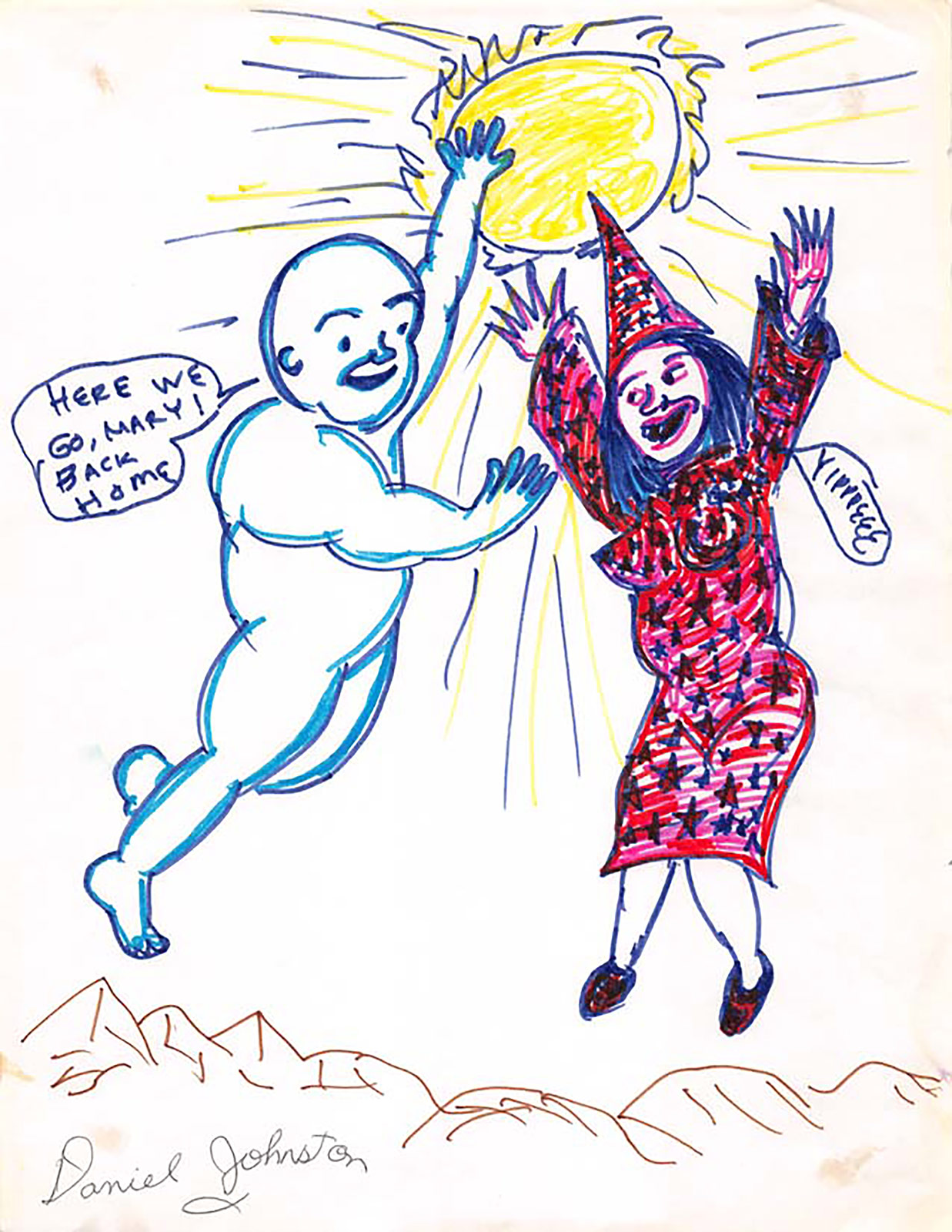 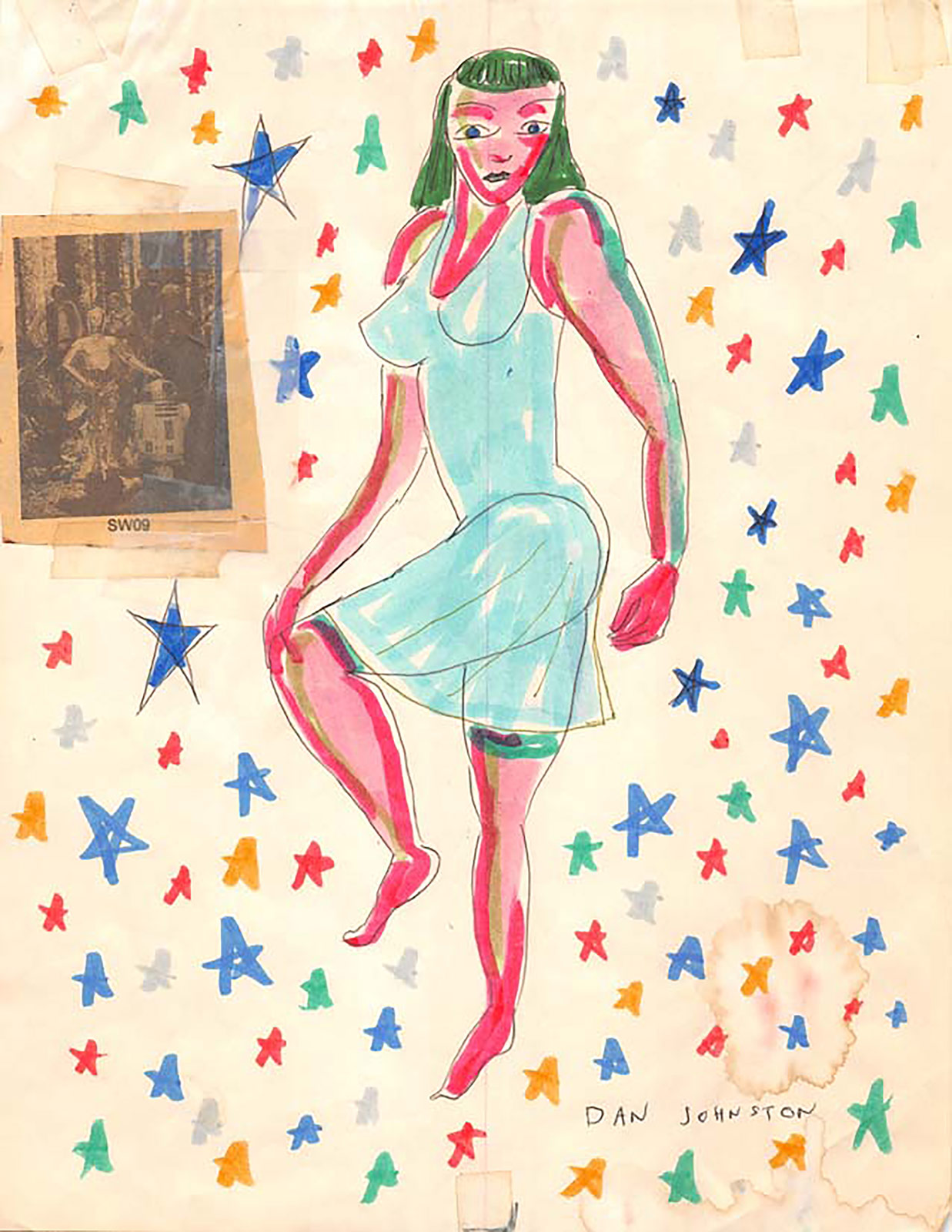 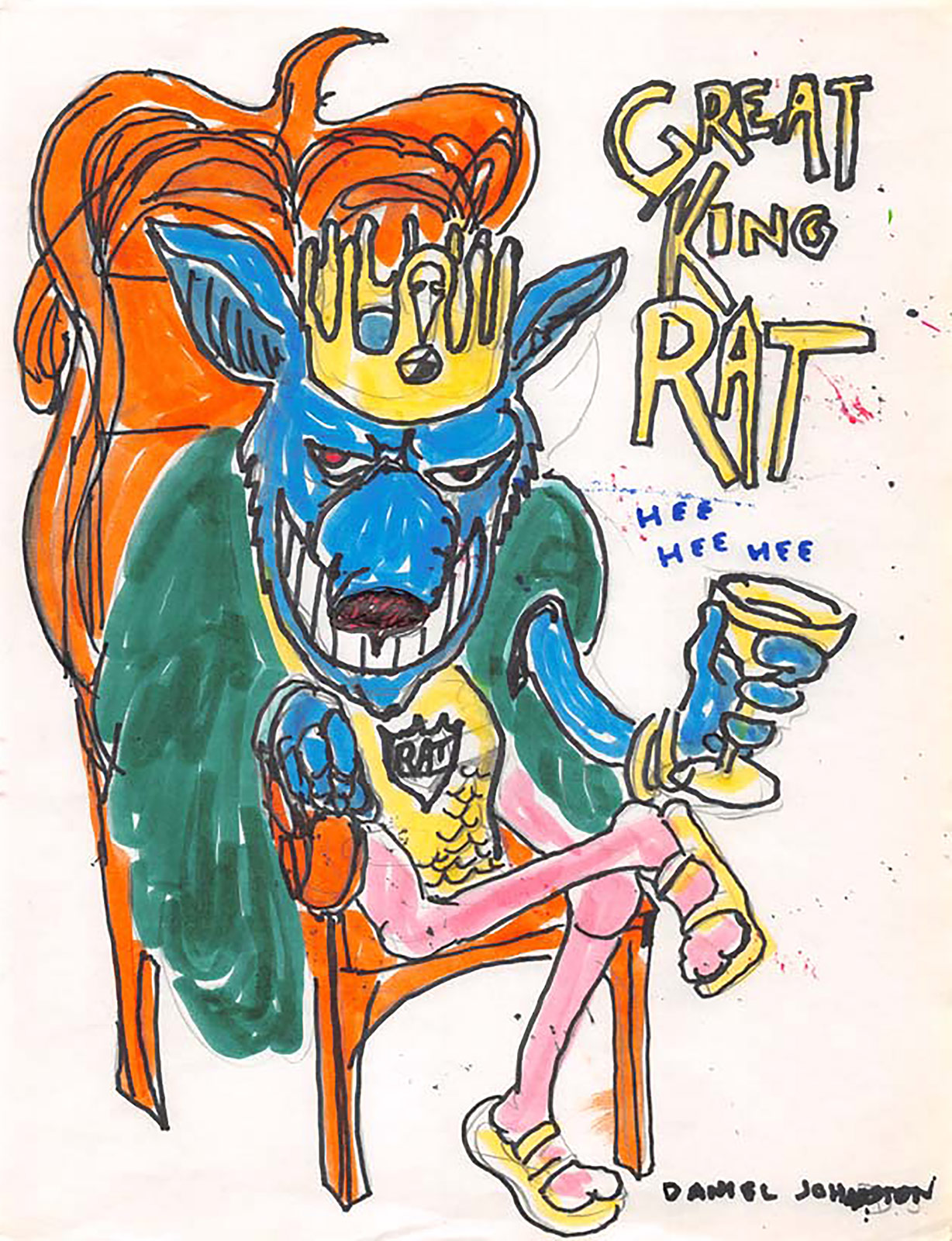 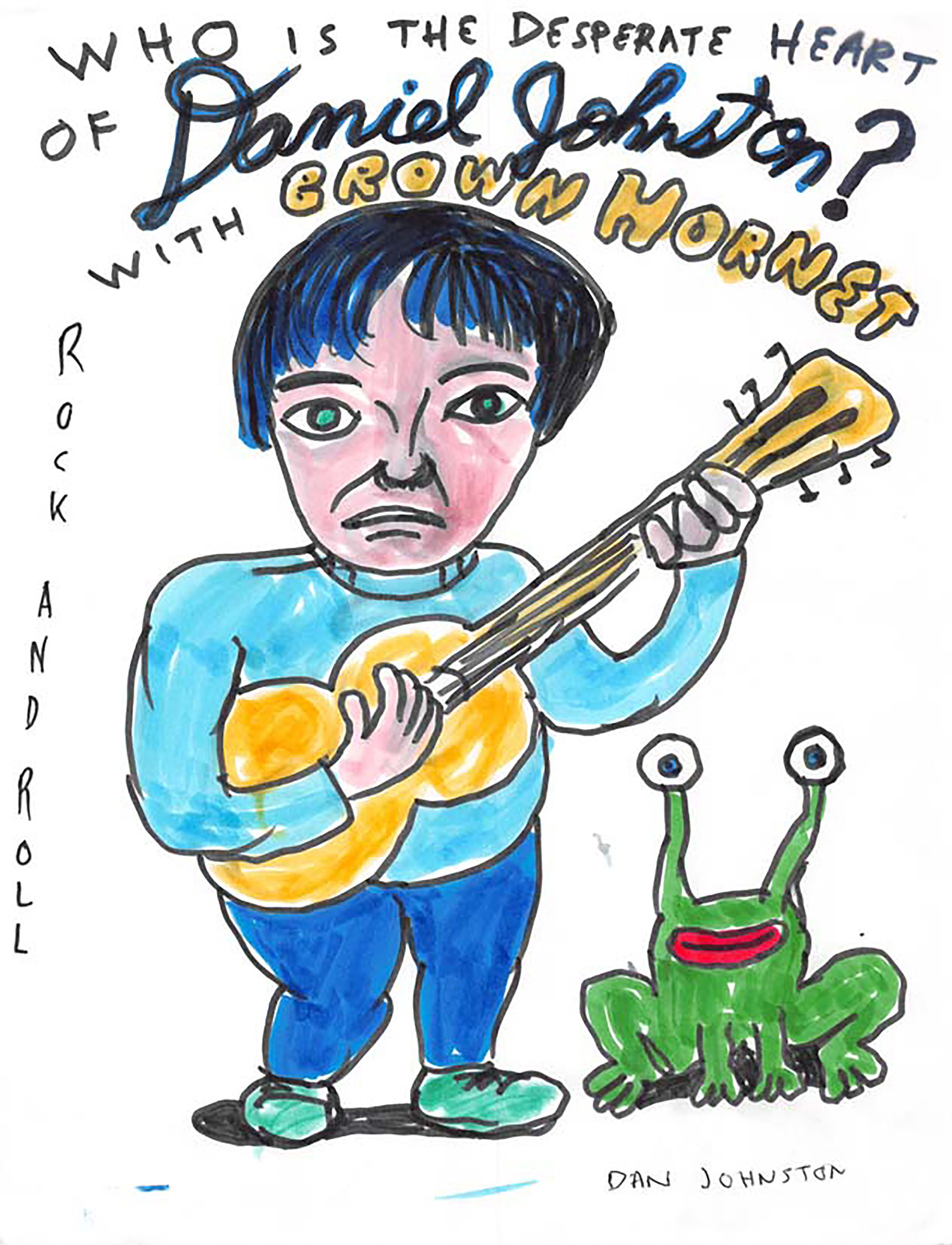 Who Is The Desperate Heart Of Daniel Johnston, 1994