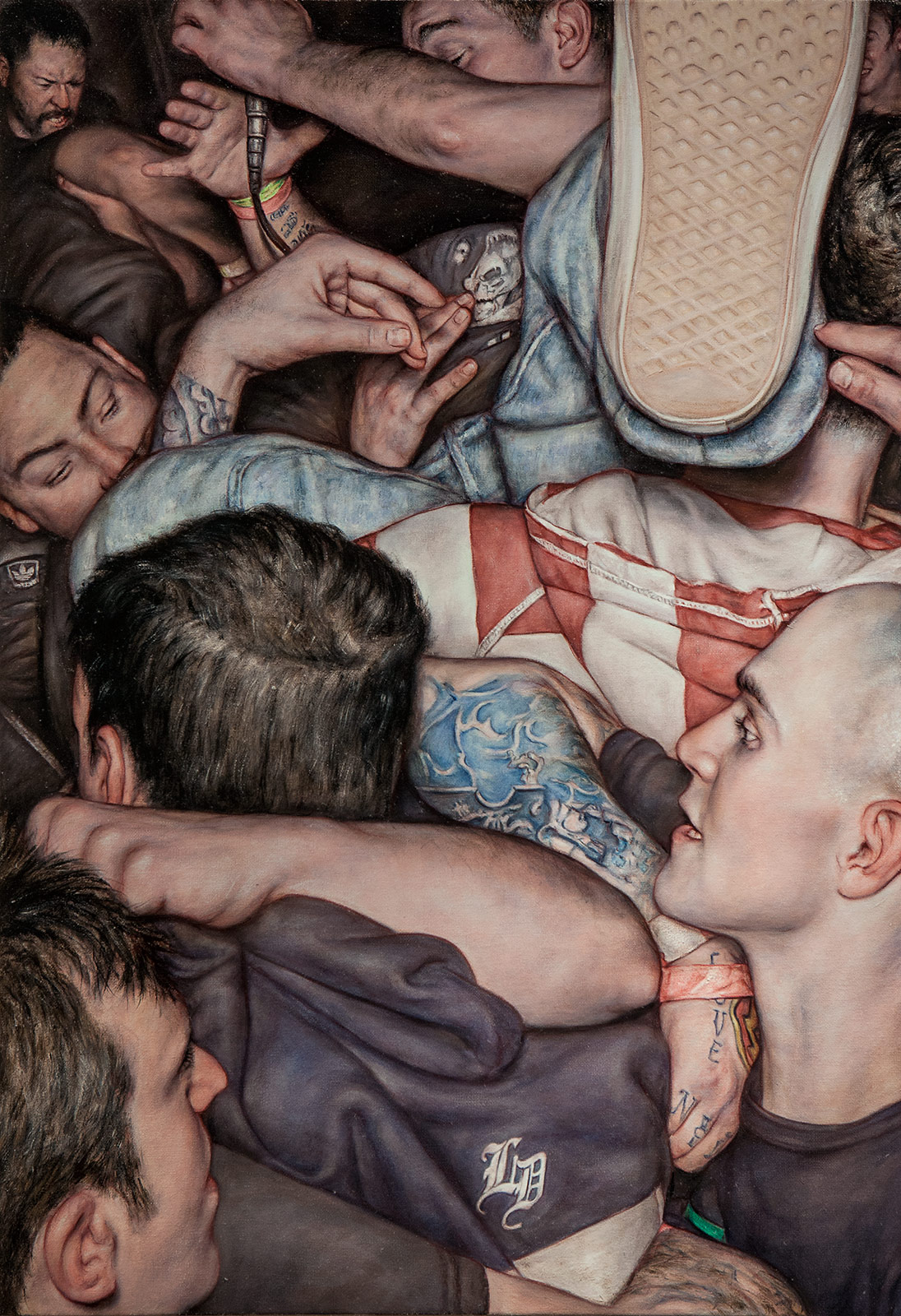 Concerts and festivals are one of the biggest enjoyments one can get. But in the middle of the climax, there’s a social phenomenon that many love but that many others fear as well: mosh pits. American artist Dan Witz is hugely inspired by them, and that’s one of the many reasons why he’s depicted the passionate and even violent crowd for quite some years now. The StolenSpace gallery in London is inaugurating on February 2 Dan Witz. Mosh Pit Paintings: 2010 – 2018, a solo show focused on his series where the Brooklyn-based artist captures the energy of the euphoric public.
The artist, who’s been working for four decades now, once stated: “I’m an academic realist painter, but I’m living in the 21st century, so I’m not going to be painting Roman soldiers invading, or some gothic baroque composition… The highest aspiration of an academic realist painter are these big group figure paintings, and I’m using the hardcore scene as my subject”. This passion for underground music made Kris van Assche, creative director of Dior Homme, fall in love with his work. It ended up in a collaboration, adapting some of Witz’s paintings into pieces of clothing. But in addition to that, the American artist has exhibited worldwide and been on the cover of prestigious art magazines like Juxtapoz. For that reason, the solo show in London is a unique opportunity to admire the attention to detail, unique individuals, and general atmosphere that his artworks portray.
Dan Witz. Mosh Pit Paintings; 2010 – 2018 will inaugurate on February 2 and will be on view until February 25 at StolenSpace gallery, 17 Osborn Street, London. 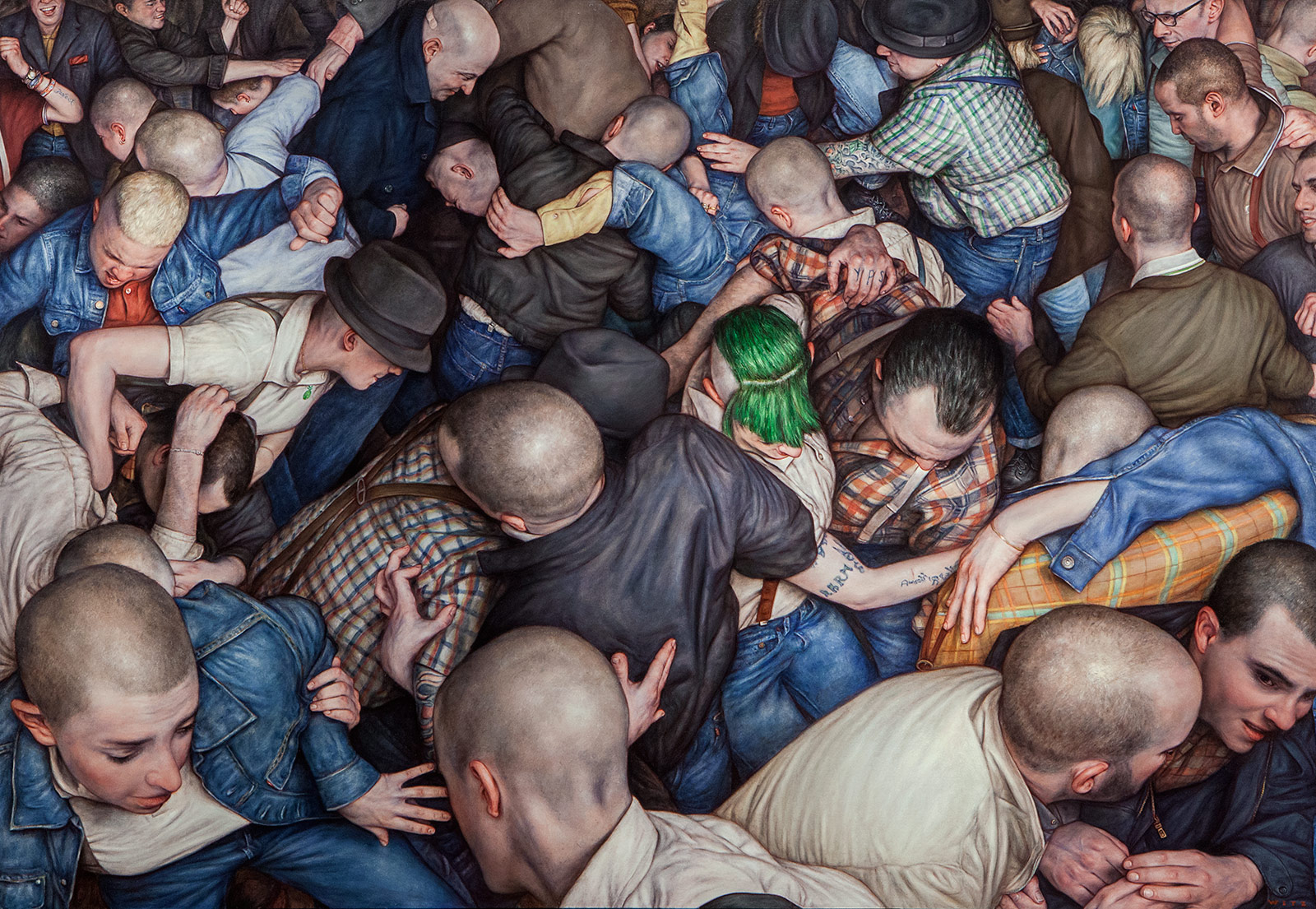 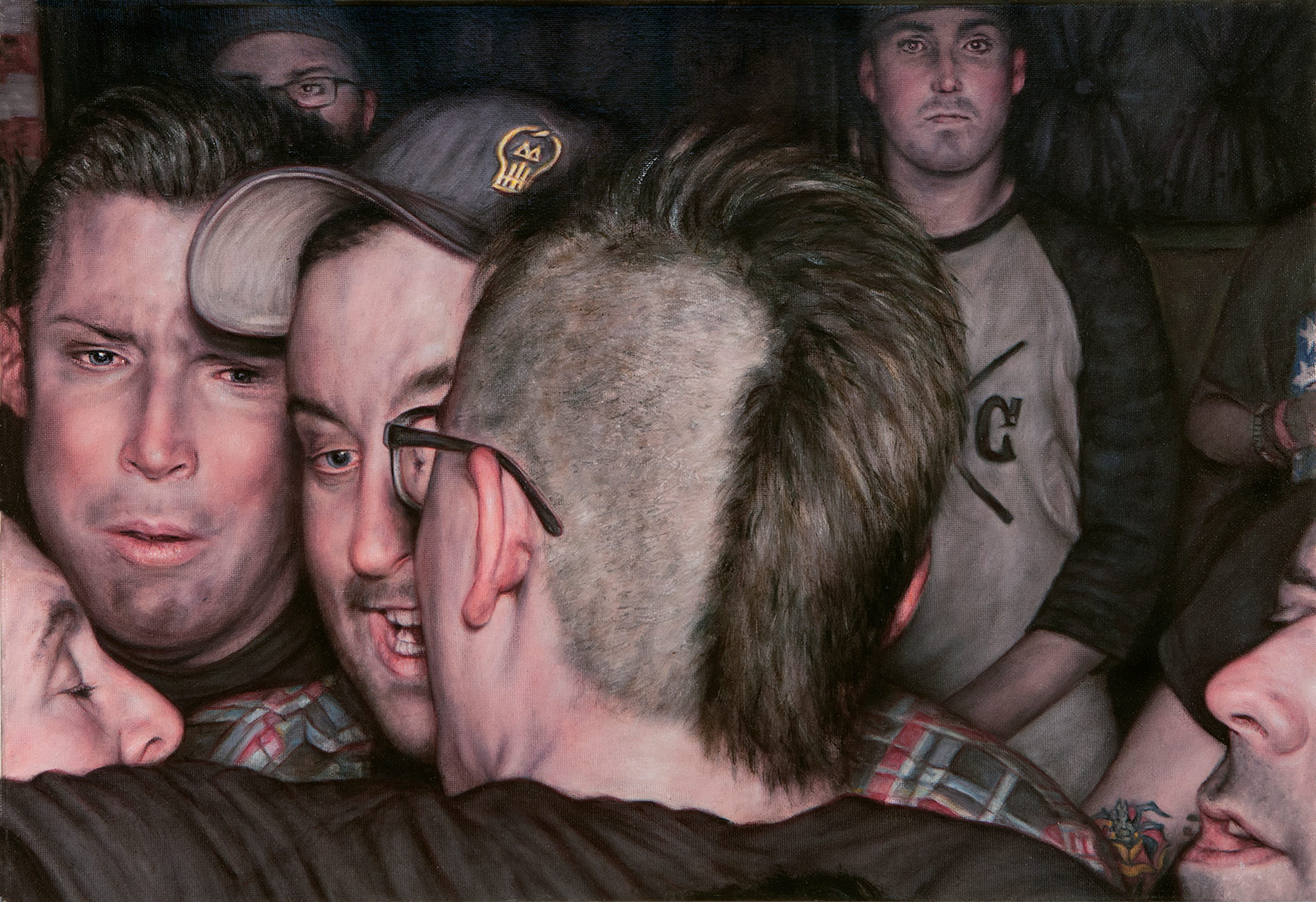