Art in an ecological crisis 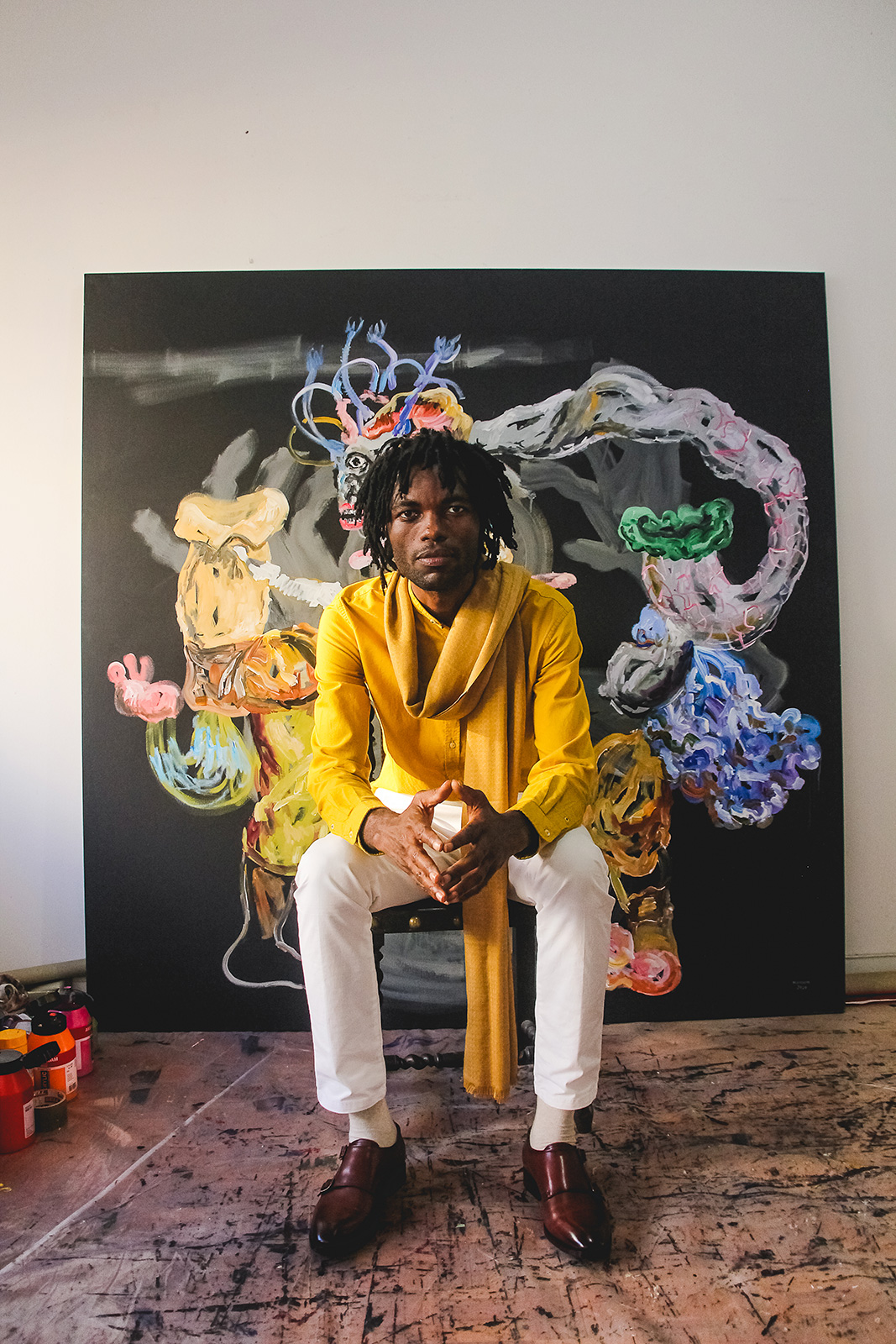 In a climate of ecological crisis, Angolan artist, Cristiano Mangovo, challenges the human dominance of nature in his latest exhibit, Humano e a Natureza. The artist condemns the Anthropocene and humanity’s devastating impact on the environment. The exhibit, on display until December 7, encourages harmony and coexistence between humanity and nature. Mangovo’s work is urgent; it tackles contemporary social issues with both national and global resonance. The work is exhibited at the Afikaris Gallery which promotes artists inspired by Africa and its diaspora.
Mangovo displays twelve new works, predominantly acrylic on canvas, in this exhibit. His work is inflected with Impressionist and Surrealist methods. He combines the human and non-human: in one piece, Aubergine, we see human figures entwined with vegetables. The non-human is anthropomorphised questioning the hierarchy of humanity above nature. Mangovo directly tackles this hierarchy in Domination and Domination 2, clear critiques of the human domination and exploitation of nature.

Human figures are deformed; characters are assembled with multiple faces and reality is skewed. The ‘double mouth’ is a recurring motif in Mangovo’s work; this is influenced by his homeland, Angola, where a dictatorial regime was in control for 48 years. Mangovo’s work provides an antidote to the brutal oppression of this regime whilst the ‘double mouth’ motif symbolises political freedom and freedom of speech. Mangovo rethinks our relationship to the natural world and reveals that we have the power to vocalise power imbalance and forge a new, balanced relationship between society and nature. One work, The Repair of Ecology, is hopeful suggesting that we can restore the symbiotic relationship between humans and nature.

Mangovo is committed to tackling contemporary African issues, including resource exploitation and environmental protection. In one piece, Dragon vs Mwana Mpwo, he tackles a distinctly African issue with wit: natural exploitation of the African landscape at the hands of Chinese agriculture corporations. 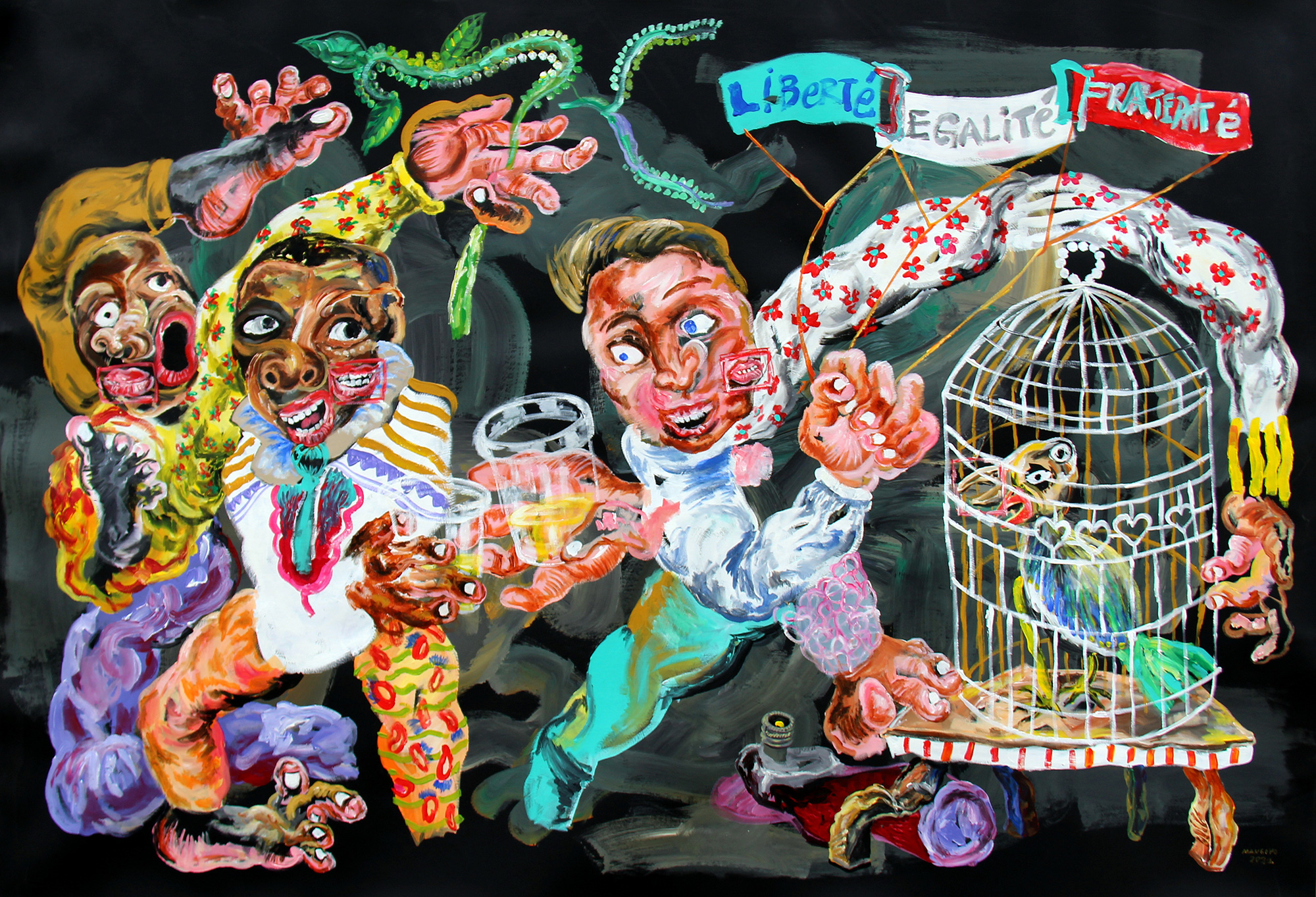 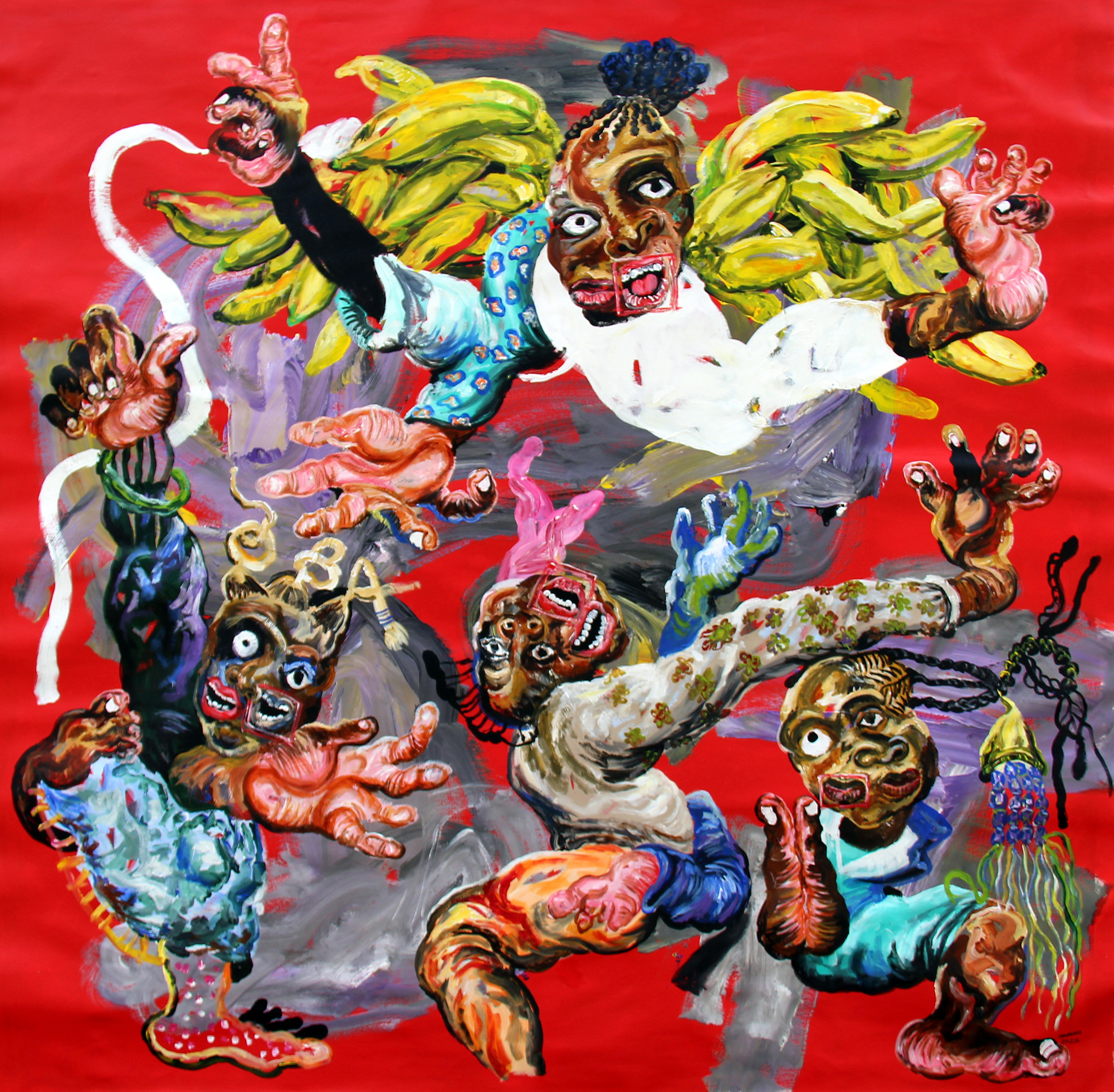 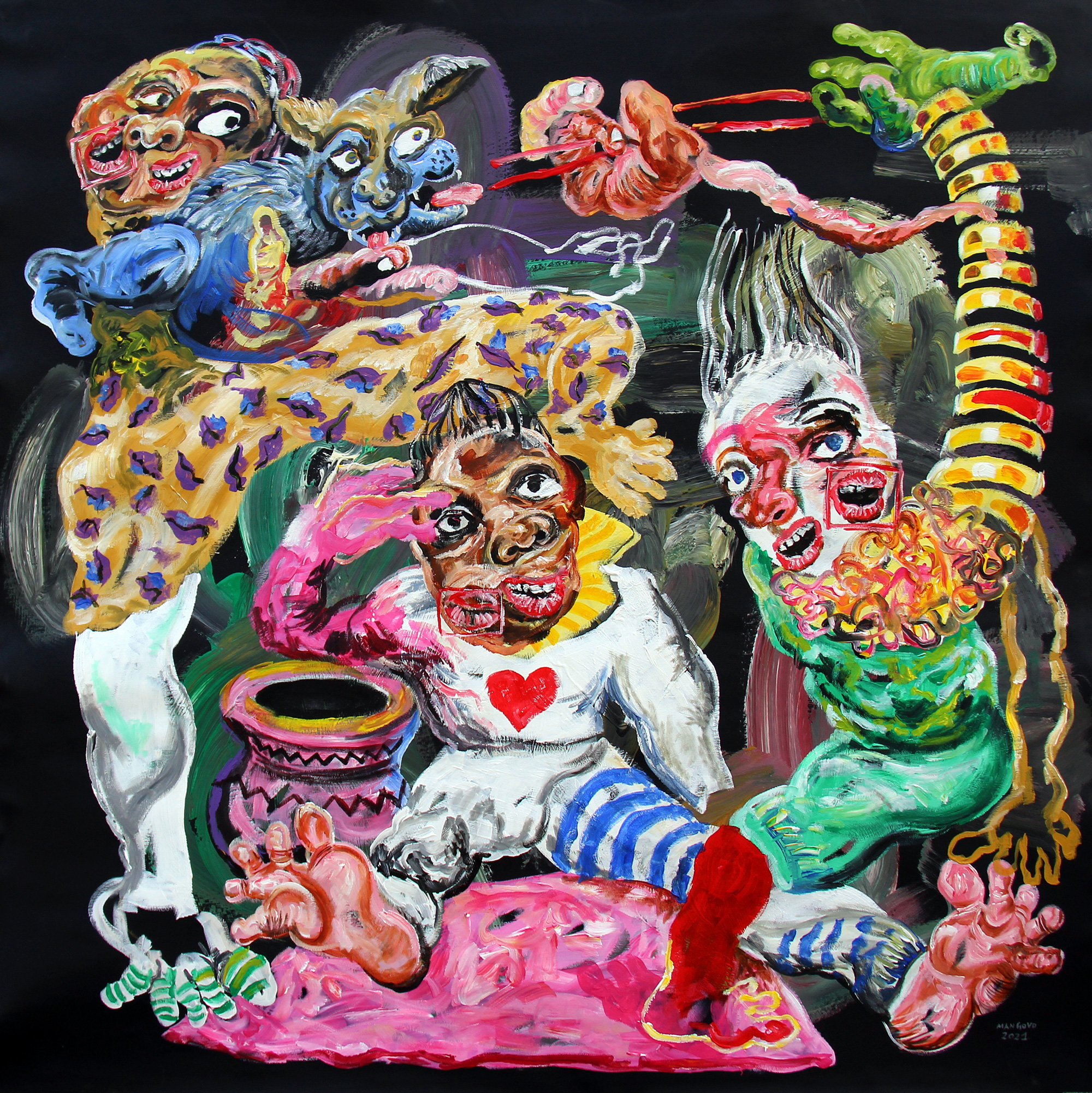 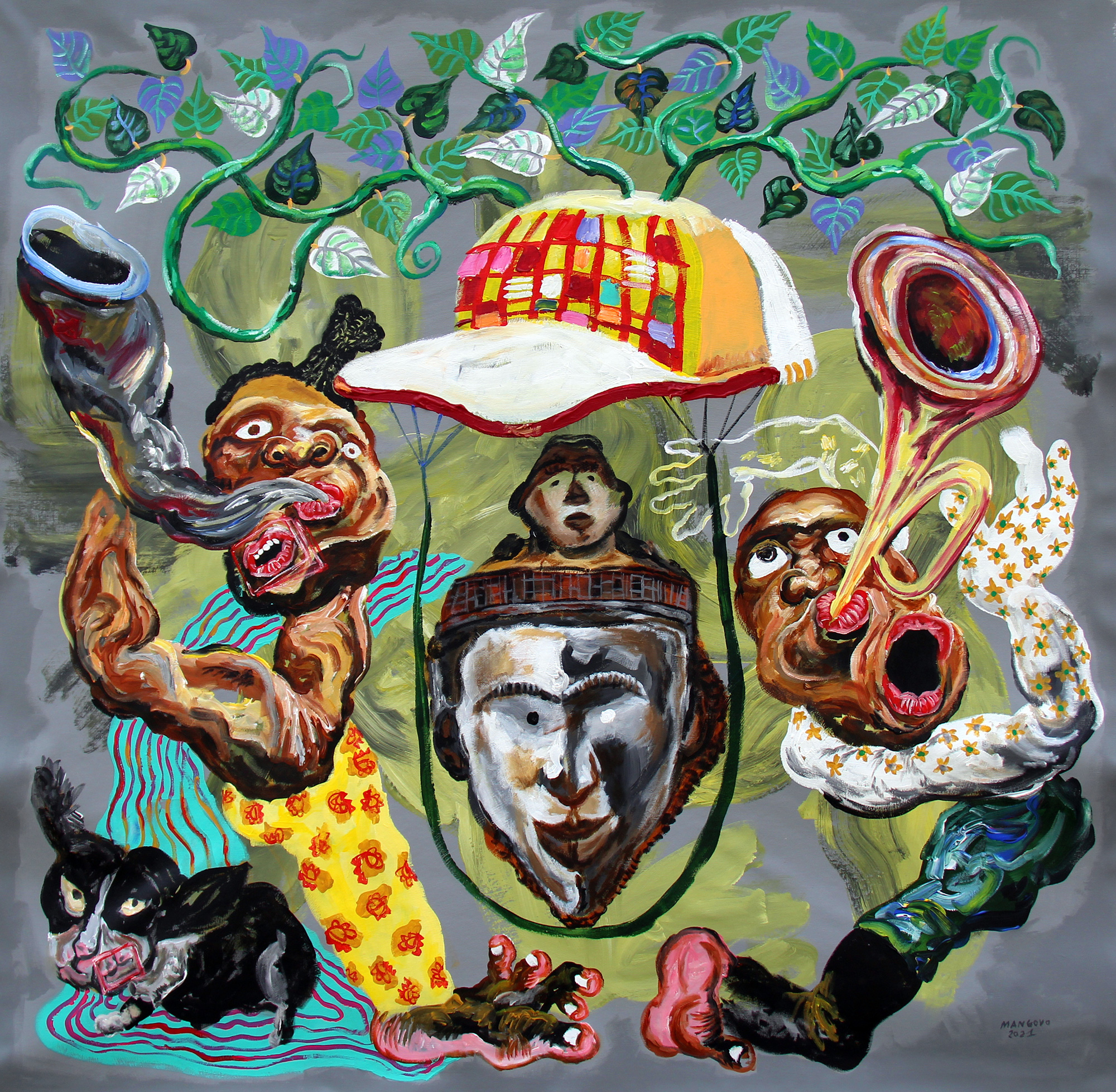 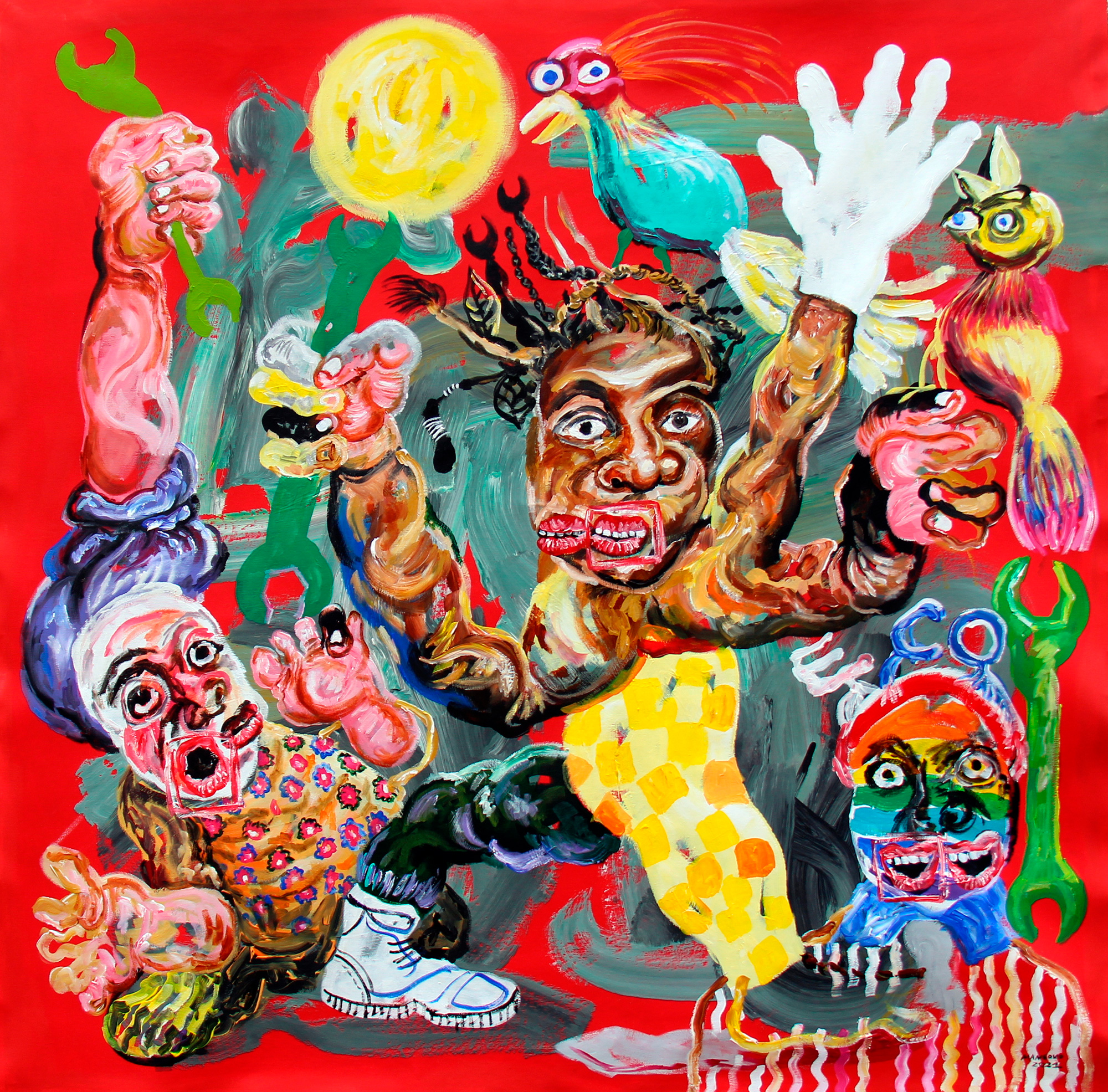 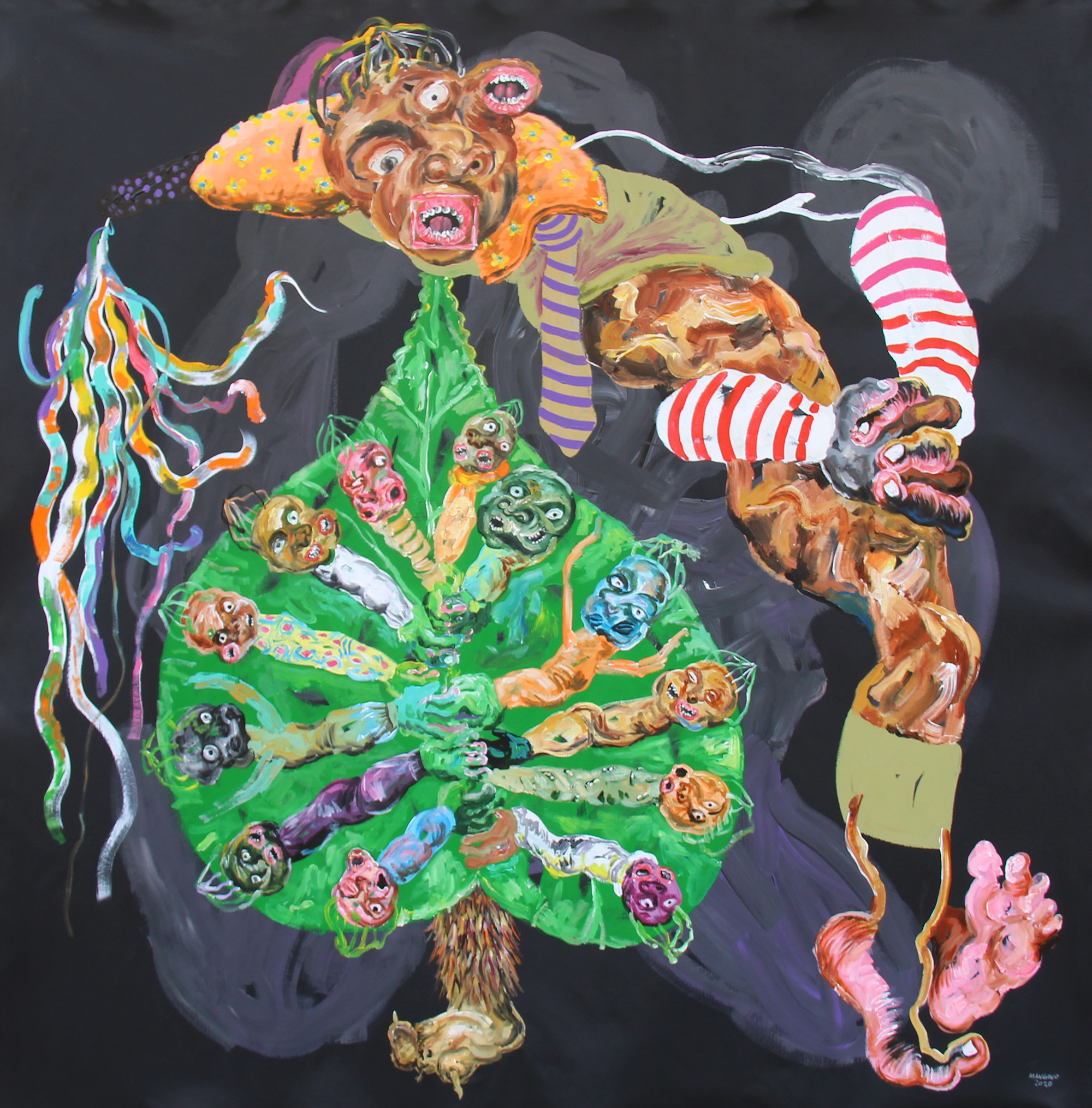 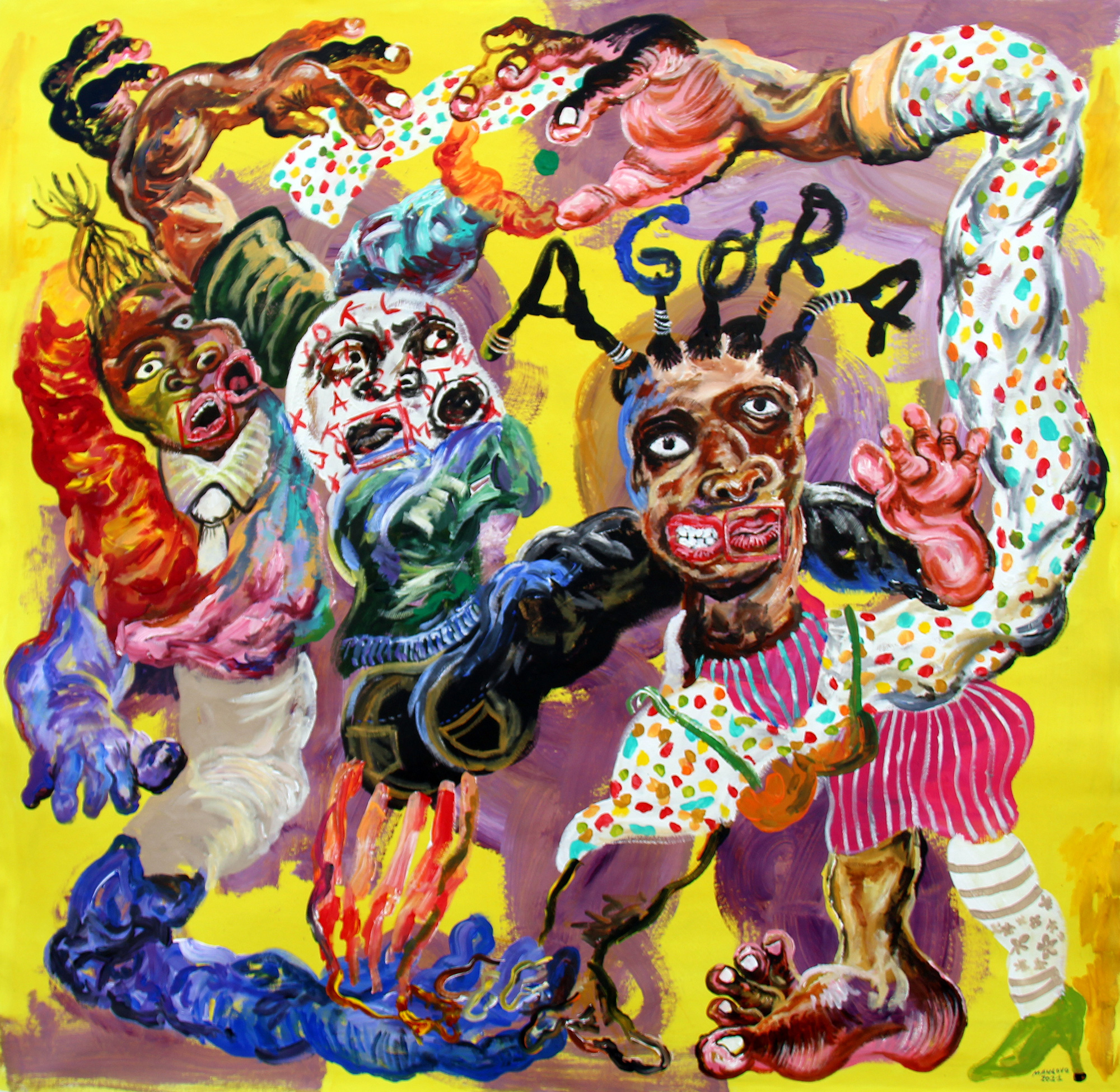 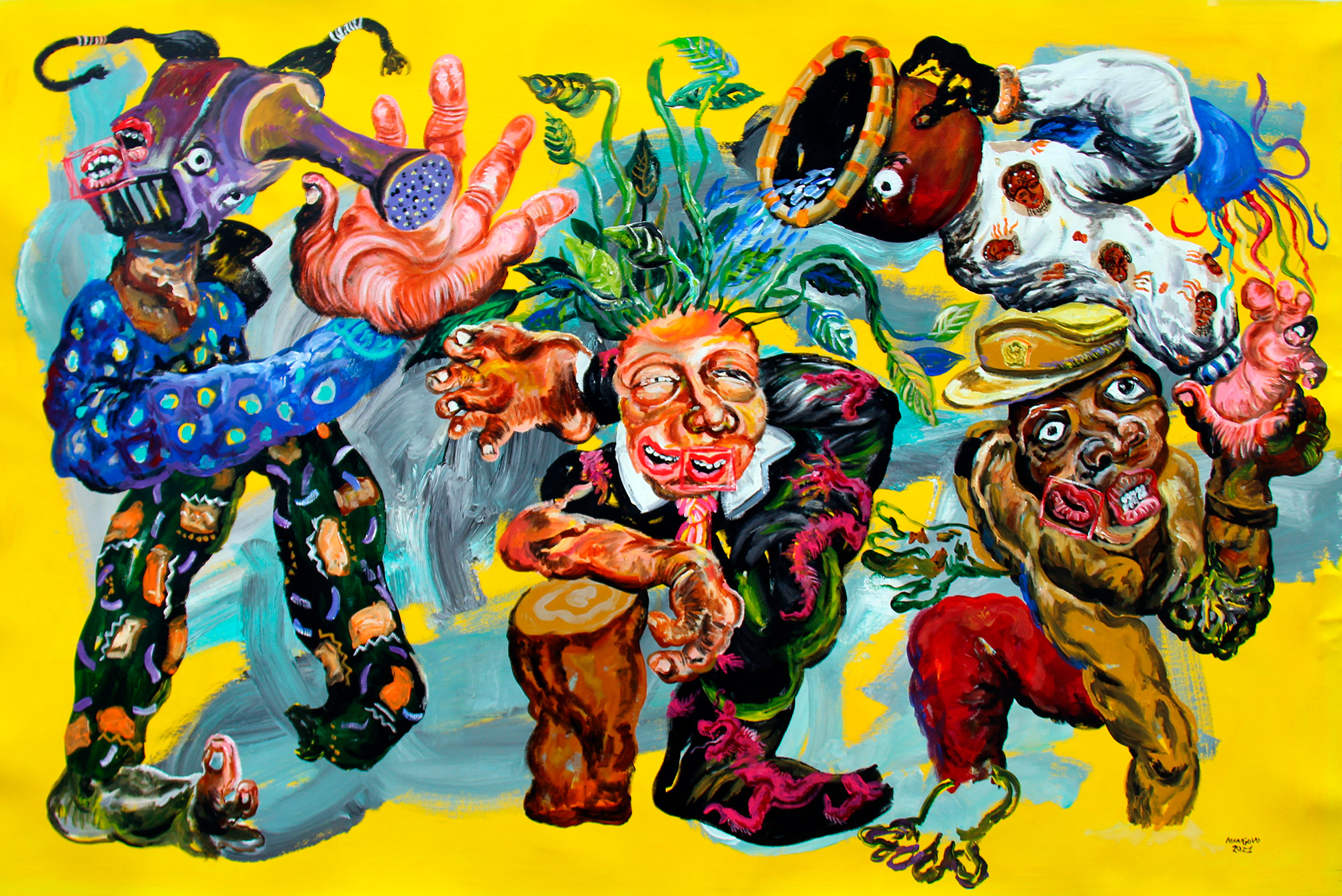