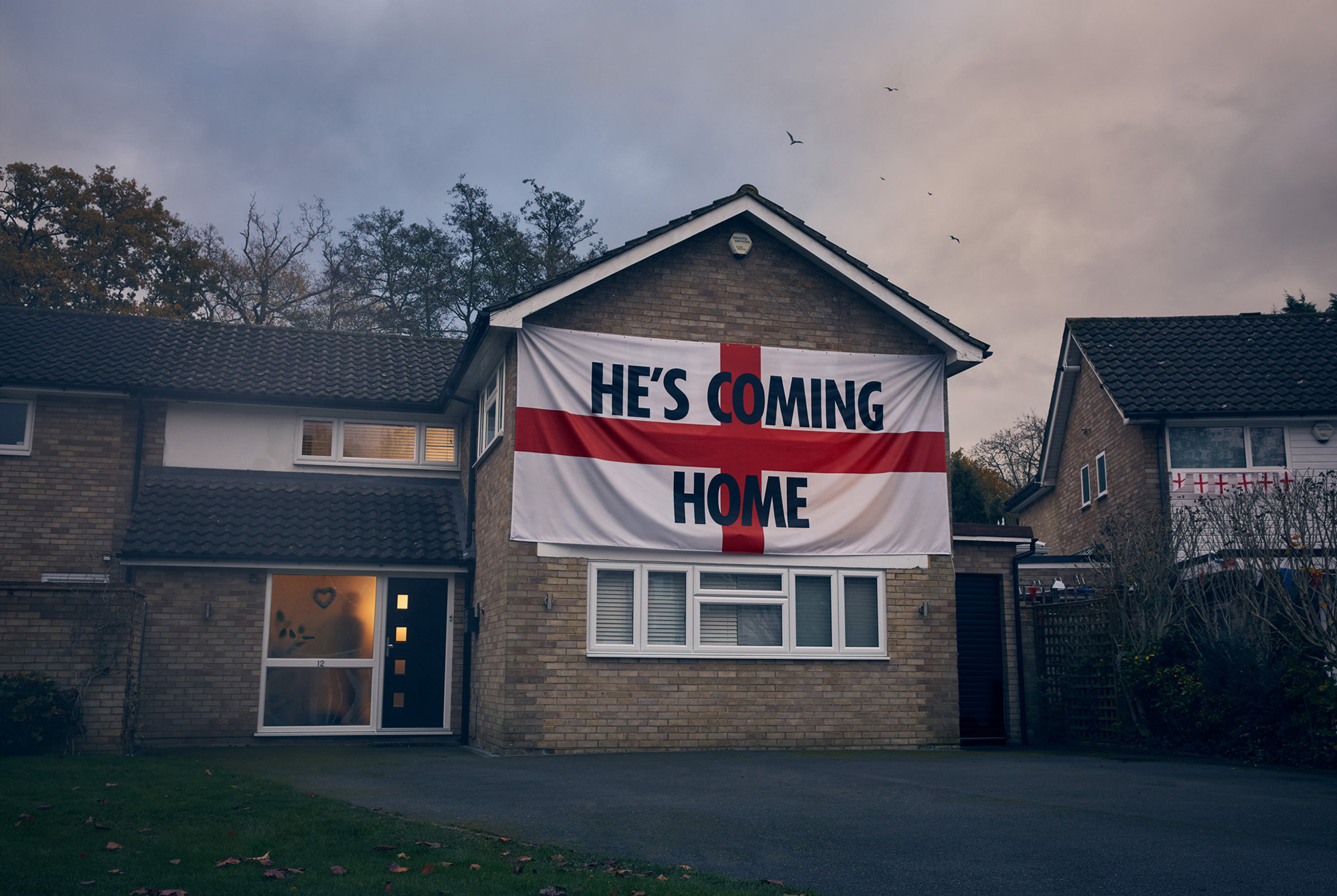 More than a quarter of women under 50 have experienced domestic violence by a male partner. Artist Corbin Shaw has collaborated with Women’s Aid to launch a new campaign highlighting the rise of domestic abuse during major football events such as the 2022 FIFA World Cup. The campaign was launched on Friday 25th of November, the International Day for the Elimination of Violence Against Women. The following statement was released by Women’s aid: “Football doesn’t cause domestic abuse but a big game can be the catalyst for increasing or more severe abuse. If you’re a survivor who needs support, please reach out to us. We understand, and we will believe you.” Shaw has created a series of St George’s Cross flags featuring alternative football slogans which attempt to amplify this alarming trend and shift the narrative towards a collective solution.
The St George’s Cross flags are accompanied by a thrilling and powerful minute-long film. A single shot panning across an ordinary English suburb where we see people enjoying the game and hear celebratory chants. The camera slowly lingers towards an emotive last shot - the mood shifts, the music stops and we become more precarious. A large flag hangs outside of a house warning us that “He’s coming home” – a sombre and chilling twist on the popular slogan “It’s coming home.” “One point six million women experiencing domestic abuse need your support too,” the final text reads. The spot aired for the first time after England’s second group game against the United States, the flags will be found on billboards all across the United Kingdom, and post-campaign, the flags will be auctioned with all proceeds going to Women’s Aid.
This year’s World Cup is taking place during the winter, meaning that the cold weather and dark evenings will see an increase in the number of fans who choose to remain home and watch the tournament. Recent studies show how violent incidents at home increased by thirty-eight per cent when the English football team lost and were twenty-six per cent higher when the team won or drew a game. A carry-over effect also takes place, with domestic violence still at an eleven per cent increase the day following an England match. This World Cup is no different. If all of us can collectively support our favourite football team, it is imperative that we also come together to build a world where domestic abuse is no longer tolerated.
Appalling studies confirm that more than one out of four women have been victims of abuse by a partner, however, the true figure is said to be higher as many women are unwilling to report abuse due to fear they’ll be judged or not believed. Levels of abuse rose during the coronavirus pandemic. Findings suggest that domestic violence starts early – twenty-four per cent of teenagers aged 15-19 have experienced intimate partner violence in their lifetime, this cohort and women aged 20-24 are the most at risk for domestic violence.
The campaign wants to reassure women that they’re not alone, with increased awareness ultimately helping the charity to save lives. “There is a role to play for everyone in helping to end domestic abuse, and raising awareness of the support available during major tournaments like the upcoming World Cup can help many women living with abusive partners, We ask everyone to help share this important campaign at a time when many women need to know how to get support,” says Farah Nazeer, chief executive of Women’s Aid. “The World Cup appears a reason for many to party, however delight and expectation can turn into despair and conflict with the kick of a ball. Although it is difficult to say the tournament is a causal factor, the prestigious tournament does concentrate the risk factors into a short and volatile period, thereby intensifying the concepts of masculinity, rivalry and aggression.” said a police officer participating in the domestic violence report.
We stand strong with domestic abuse victims, we want people to step up – everyone has a role to play in ending abuse, whether this involves directly helping survivours or by stopping outdated myths and victim-blaming. 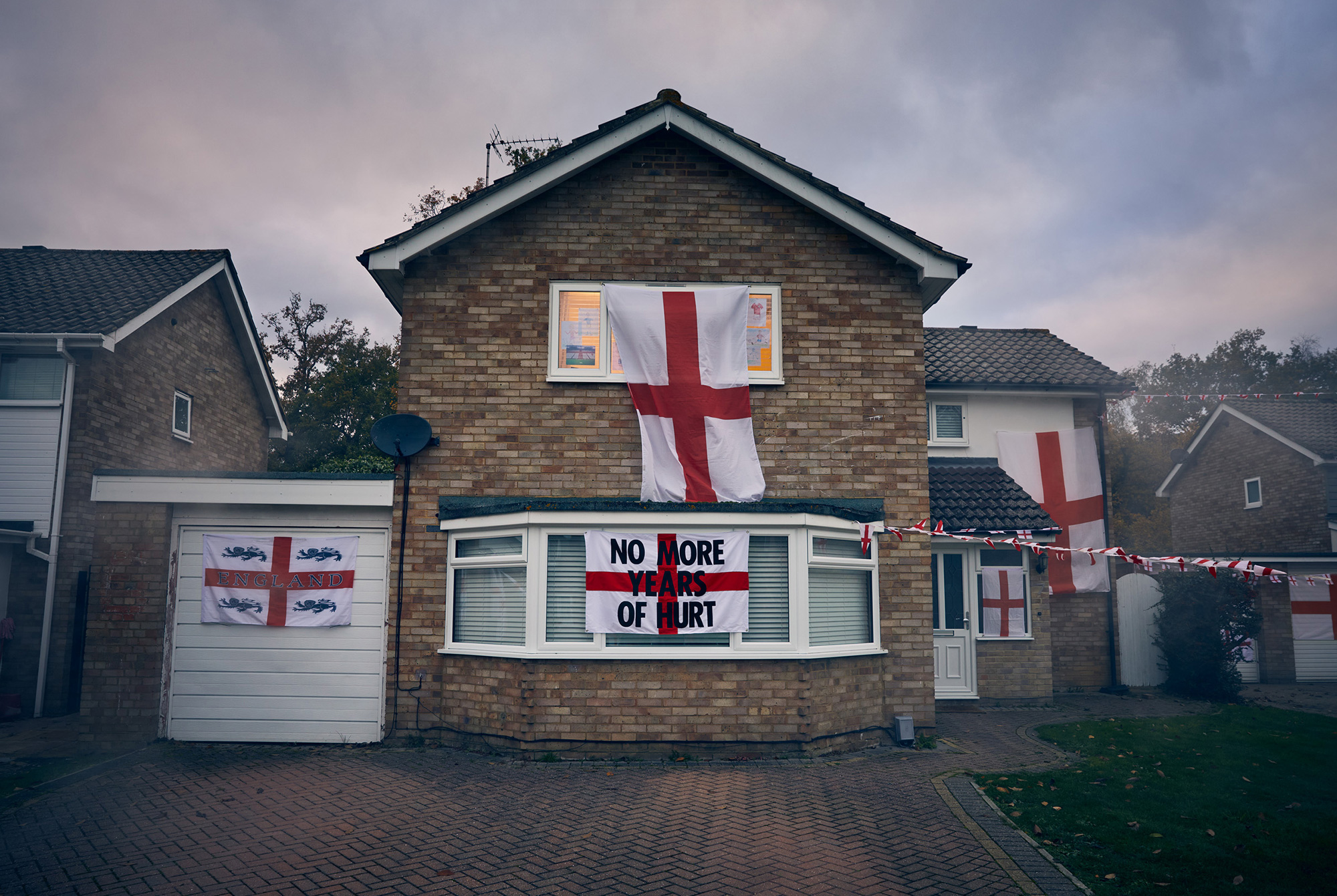 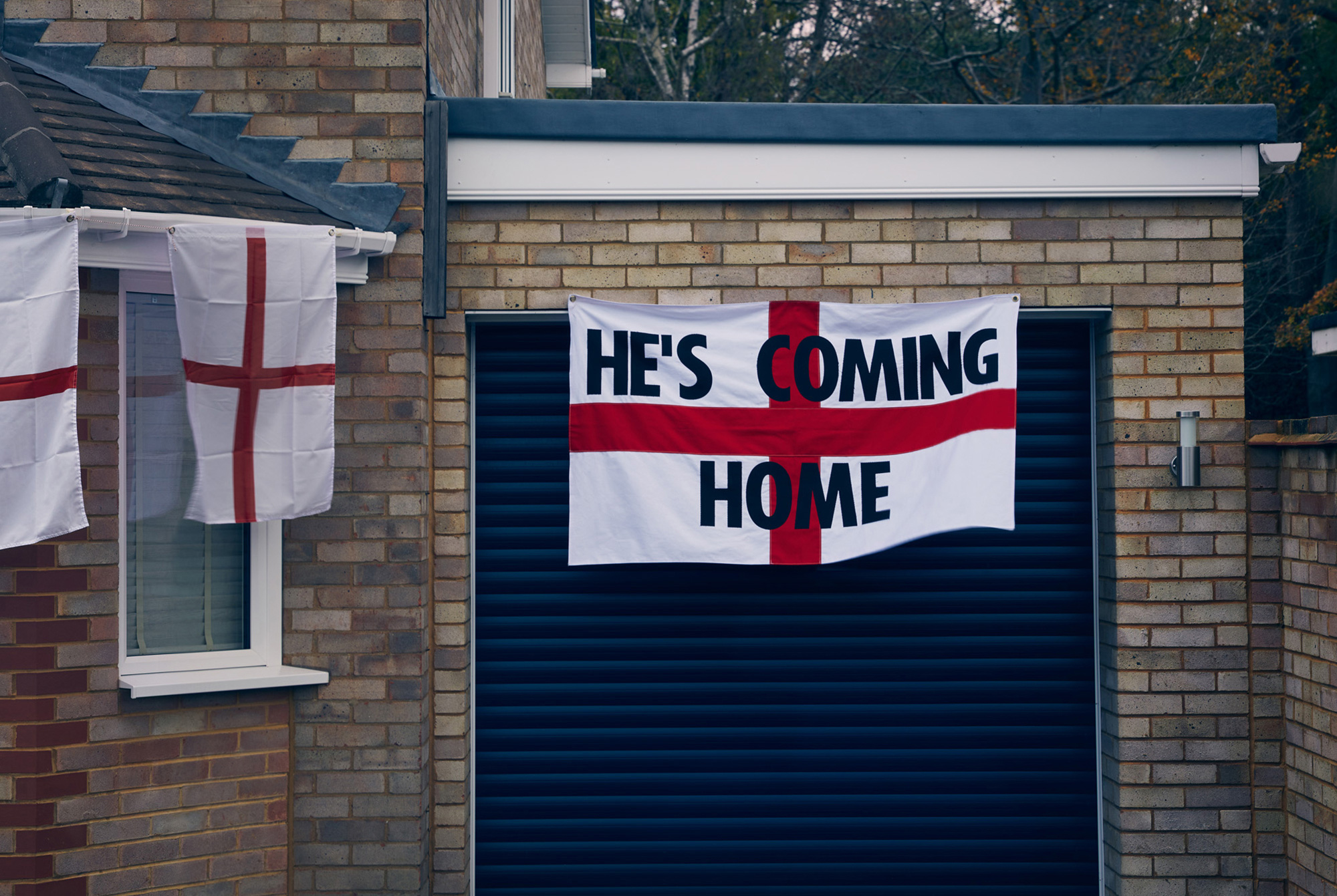 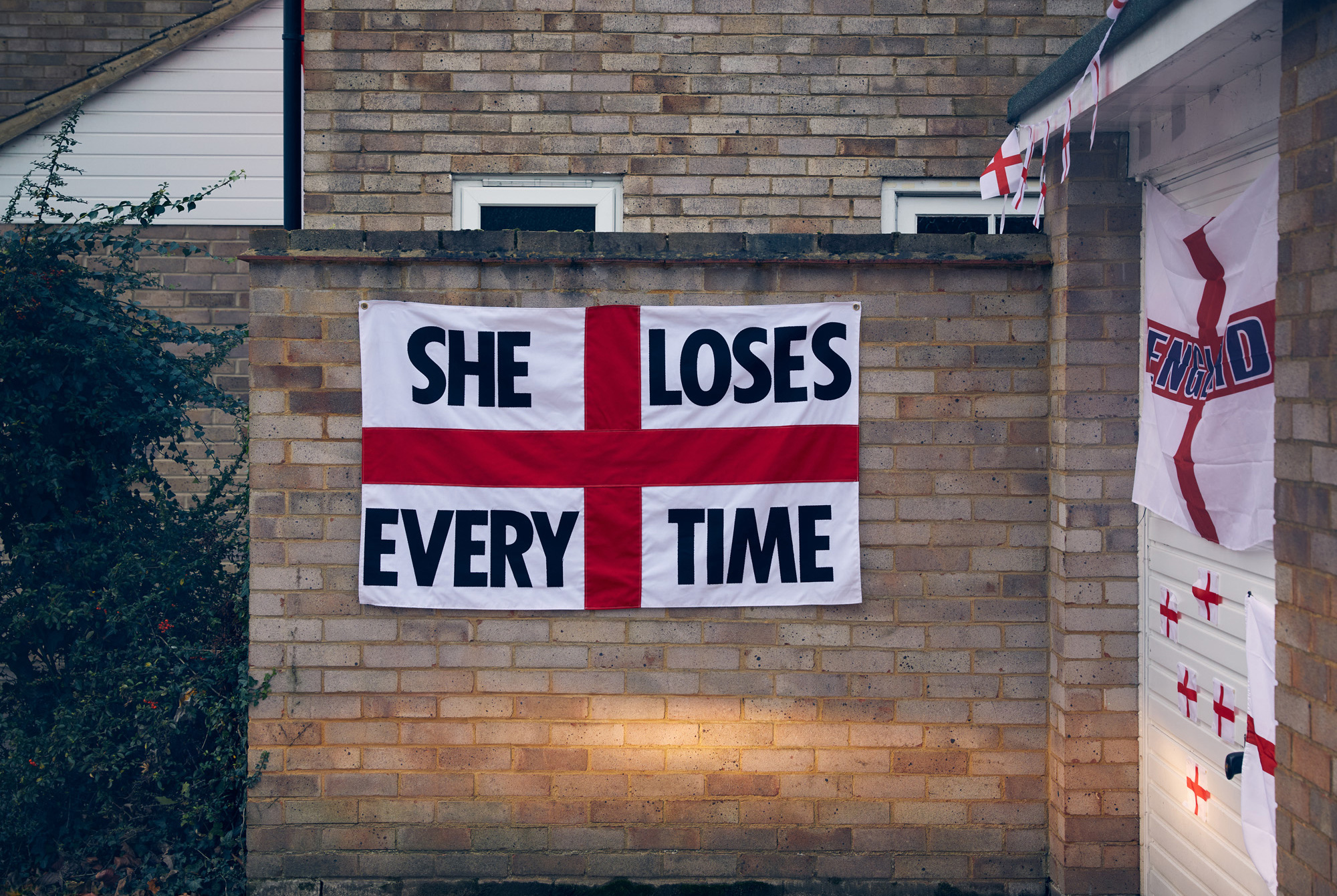