What you can't miss 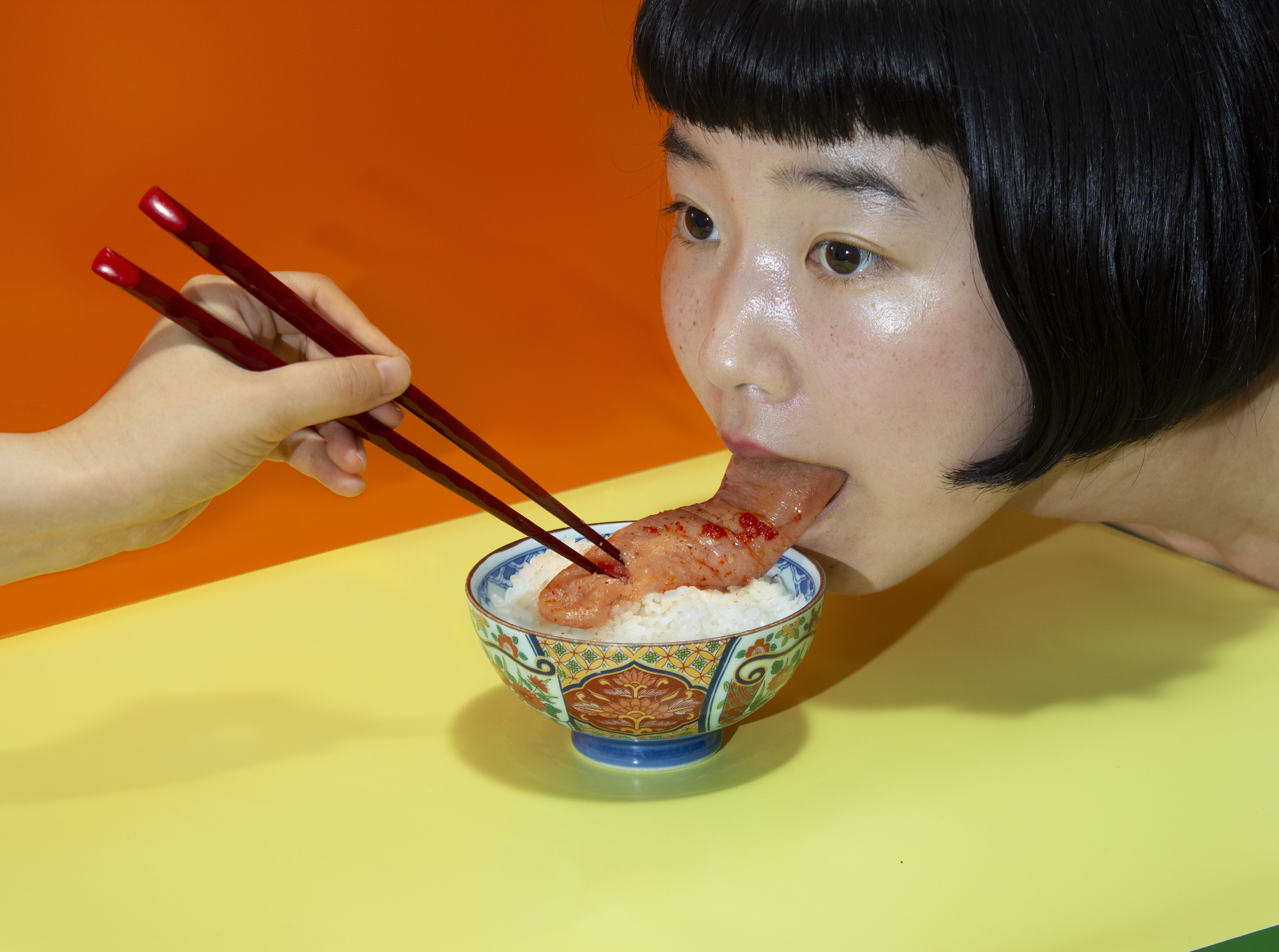 Scandinavia’s largest photography event, Copenhagen Photo Festival, will be taking place across the city from June 6 to 16. In celebration of the festival’s ten year anniversary, a special program has been put together. Within the program’s main categories – Framing Identity, Framing Society and Framing Vision –, participants will be able to assess photography on current social themes and become part of a thrilling visual journey.
In order to examine these and other important issues like photography as an art form, xenophobia, or self-staging even further, the festival will be holding various events, workshops, seminars, photo walks, portfolio reviews, an auction, and a contest. According to the festival’s Director Maja Dyrehauge Gregersen, the anniversary will highlight Danish photographers from the old masters to young award-winning talents. Apart from observing the past and present state of Danish photography, the attendants will be able to see and enjoy first-hand works by highly acclaimed foreign photographers.
This year, the festival centre will be spread over Copenhagen’s raw and vibrant district Refshaleøen, where containers will be transformed into galleries, and the festival’s participants can look forward to various exciting activities in collaboration with Reffen – street food, Copenhagen Contemporary art centre, and others. Moreover, museums, cultural institutions, and diverse art spaces will be hosting exhibitions all over Copenhagen. Since there are many exhibitions going on, we’ve chosen our top ten so you don’t have to.
Self-Staged
How many selfies do you take per day? And per week? Our fascination for our own image is as old as humankind; take the myth of Narcissus as one paradigmatic example. Well, artists are no different, and they’ve been working on the self-portrait genre for ages. And since photography was invented, even more. For this year’s edition, the Danish photo festival organizes one of the most important exhibitions, titled Self-Staged, showcasing works of some of Denmark’s greatest photographers, including Jacob Holdt, Jacob Aue Sobol, Joakim Ladefoged, Krass Clement, Asger Carlsen, Astrid Kruse Jensen, Ditte Haarløv Johnsen, Jan Juul and others. Within the festival’s Framing Identity theme, photographers will be letting tradition meet trend by focusing on the photographic, staged self-portrait. 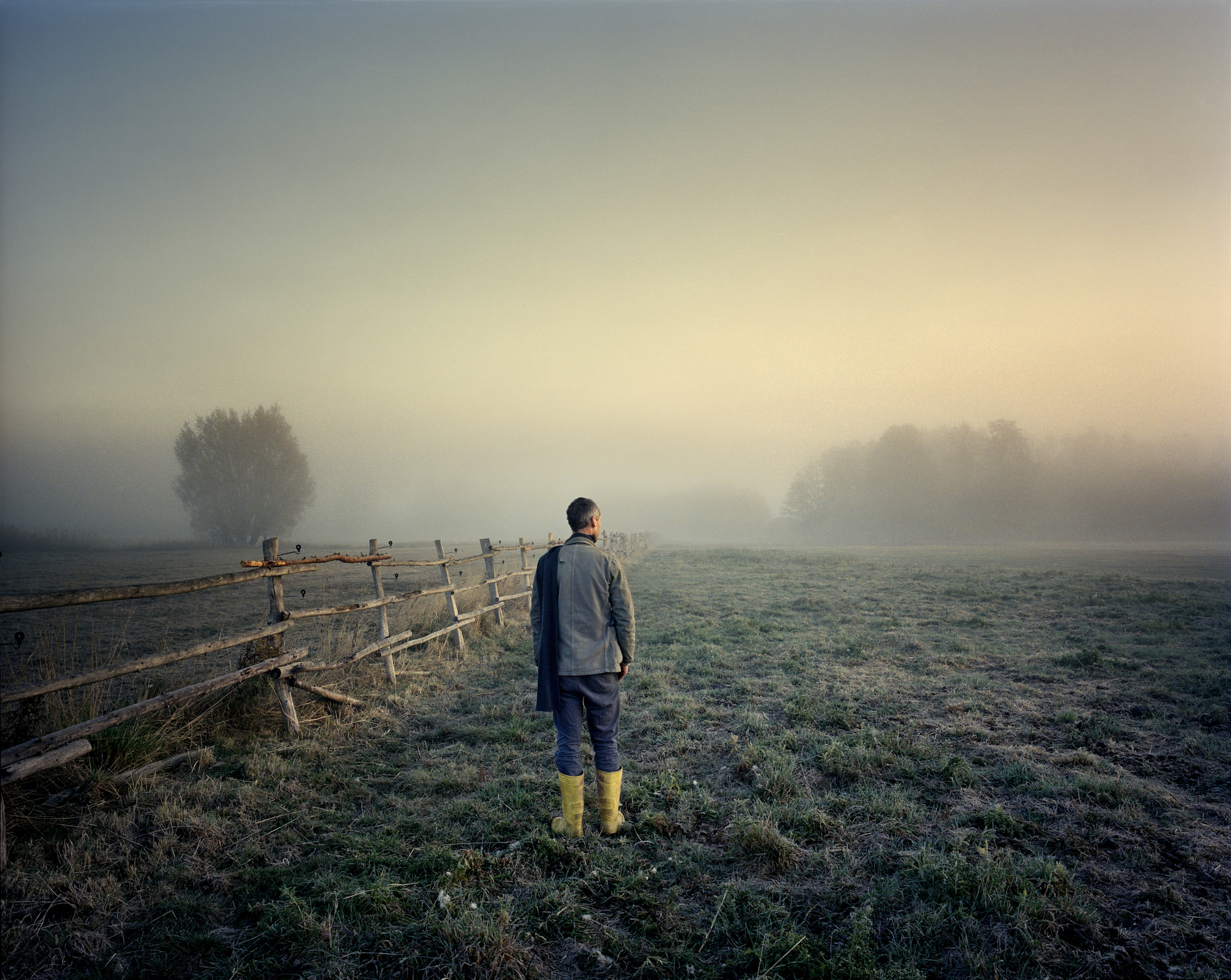 Joakim Eskildsen
Roots Around Gerry Johansson
Set in an unusual place, the exhibition Roots Around Gerry Johansson presents some of the photographer’s most famous work depicting places and objects. The Harbo Bar, a well-known place for locals who love brunch, will showcase the work of “one of photography’s master of composition and framing”, whose black and white pictures give us some hints about the environment and contemporary lifestyle – both urban and rural. Characterised by his use of humour and wittiness, the Swedish artist gets a special recognition in the festival’s tenth-anniversary edition. 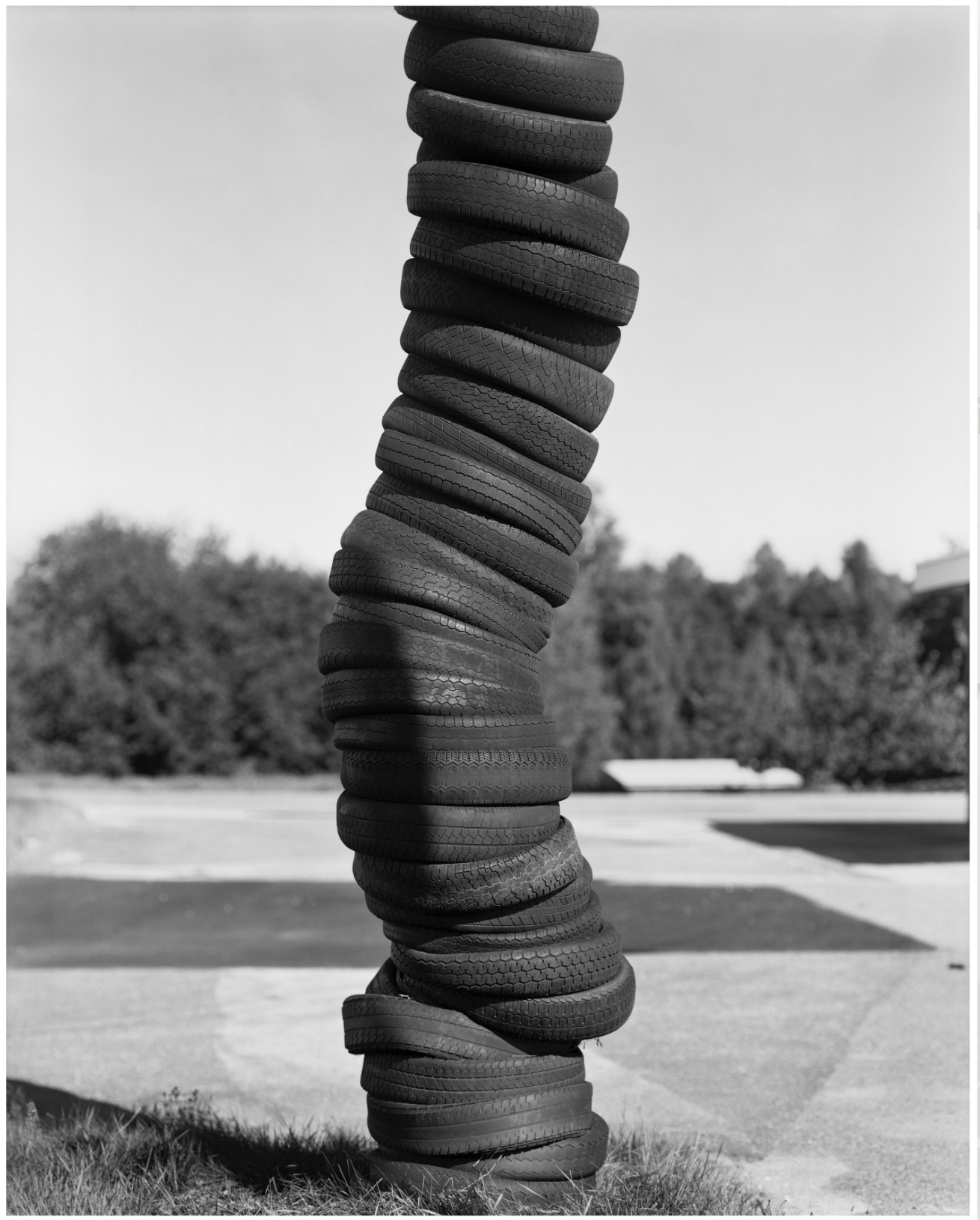 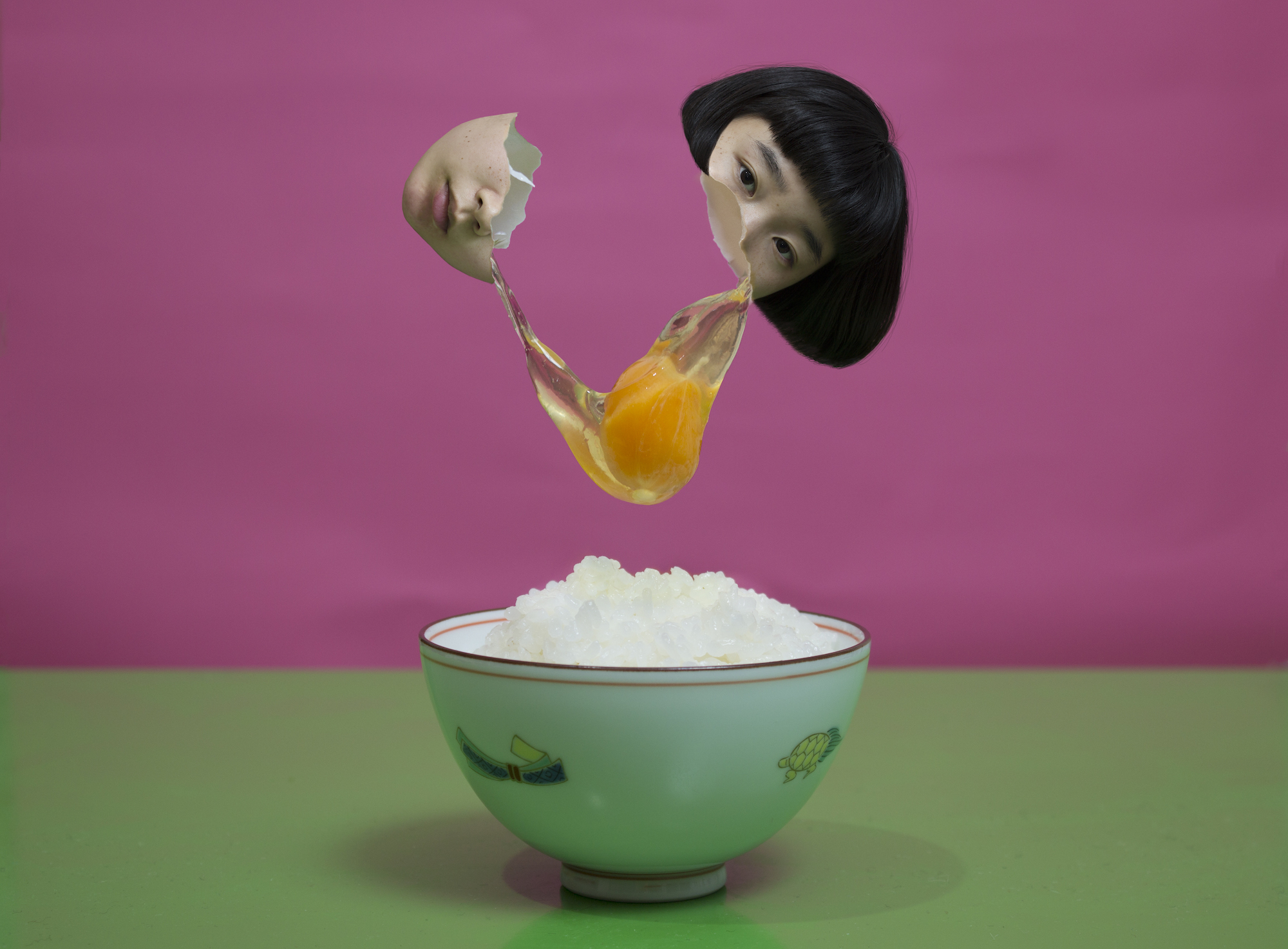 White Rage by Espen Rasmussen
Award-winning Norwegian photographer Espen Rasmussen will be presenting his controversial project White Rage, which deals with hate and xenophobia. With the series, the photographer goes deeper into the motives and reasons for growing hatred among the people and nations. How does xenophobia look like and why do we need to see those who spread the hate?
“It is important to hear the voices that we don’t normally get to hear – of course through critical questioning. It is important to let them come up to the surface, instead of letting it grow in the dark”, notes Rasmussen. Xenophobia is gaining more power across the world, from the United States to Hungary, to Norway and Brazil. Rasmussen’s work is a visual representation and a great example of photojournalism showing what’s behind the scenes, how nationalism and ethnic hostilities can grow into hatred and radicalism. 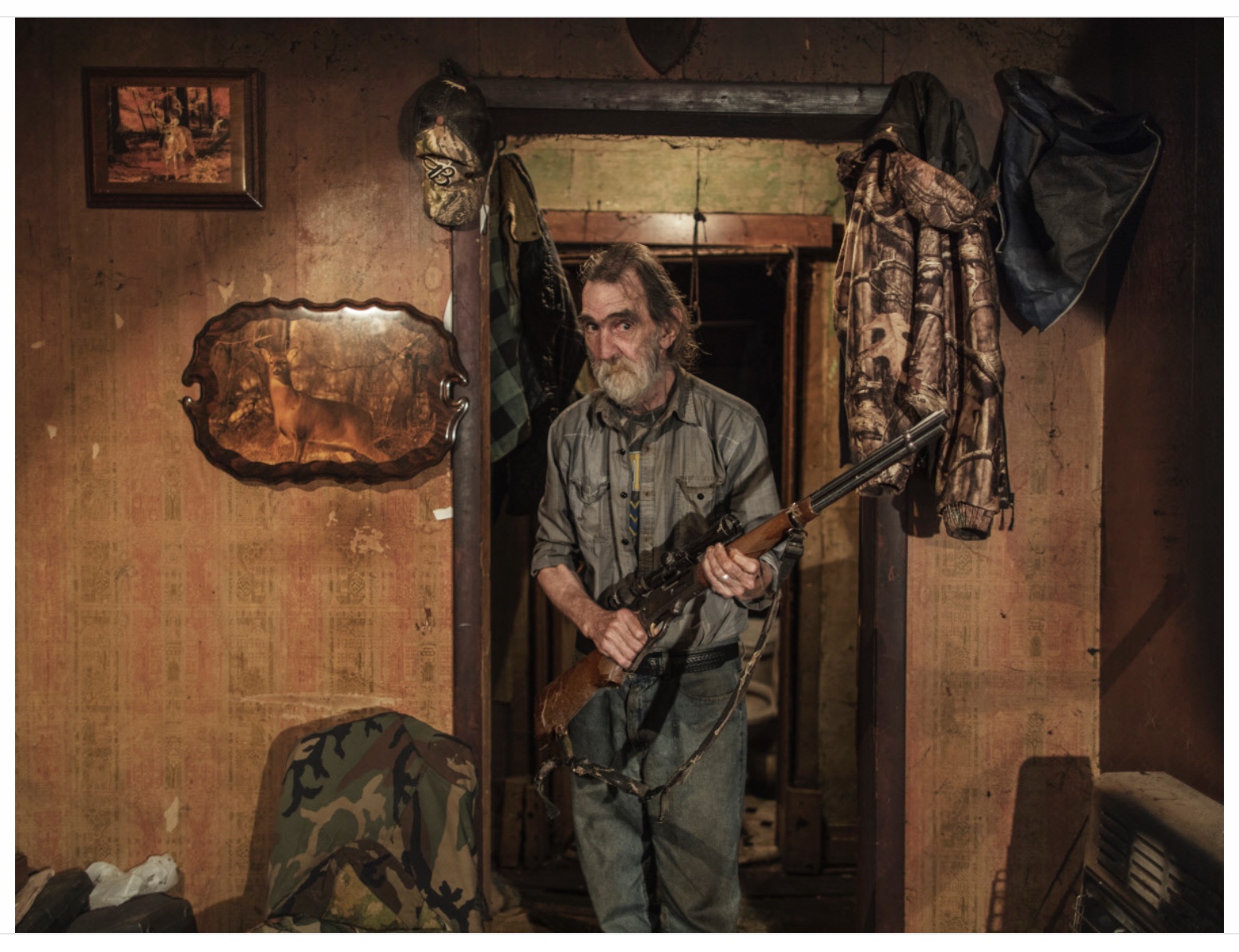 Domestic Rituals/Real Life Dramas by Mary Frey
The American photographer Mary Frey’s work addresses the nature of the documentary image to contemporary culture. Frey will be presented with two of her series, Domestic Rituals, which was shot between 1979 and 1983 in her own neighbourhood in Massachusetts, and Real Life Dramas, shot between 1984 and 1987.
The first project started with the photographer’s fascination with the snapshot, described by Frey "as a shaper of memory and a seemingly truthful and precise record of an event." The black and white film images, captured by a large format camera, depict banal situations of everyday life like gatherings, cooking, drinking, eating, doing make-up, etc. with an exception that those situations are sought out in advance, appearing as if the subjects are truly engaged in their activities. The quasi-documentary images question the nature of truth in photography and depicted middle-class customs are a commentary on societal values and systems.
Frey's second project, Real Life Dramas, is a series of images featuring texts that are photographically generated and printed on the white space of the photographs. Those photographs appear to be documentary but in reality, they are entirely predetermined and fully set up. Frey notes that “Their appearance is meant to hover somewhere between reality and soap opera in order to question the ‘truth’ of the camera’s vision.” Mary Frey received a Guggenheim Fellowship in 1984 for her series Domestic Rituals. 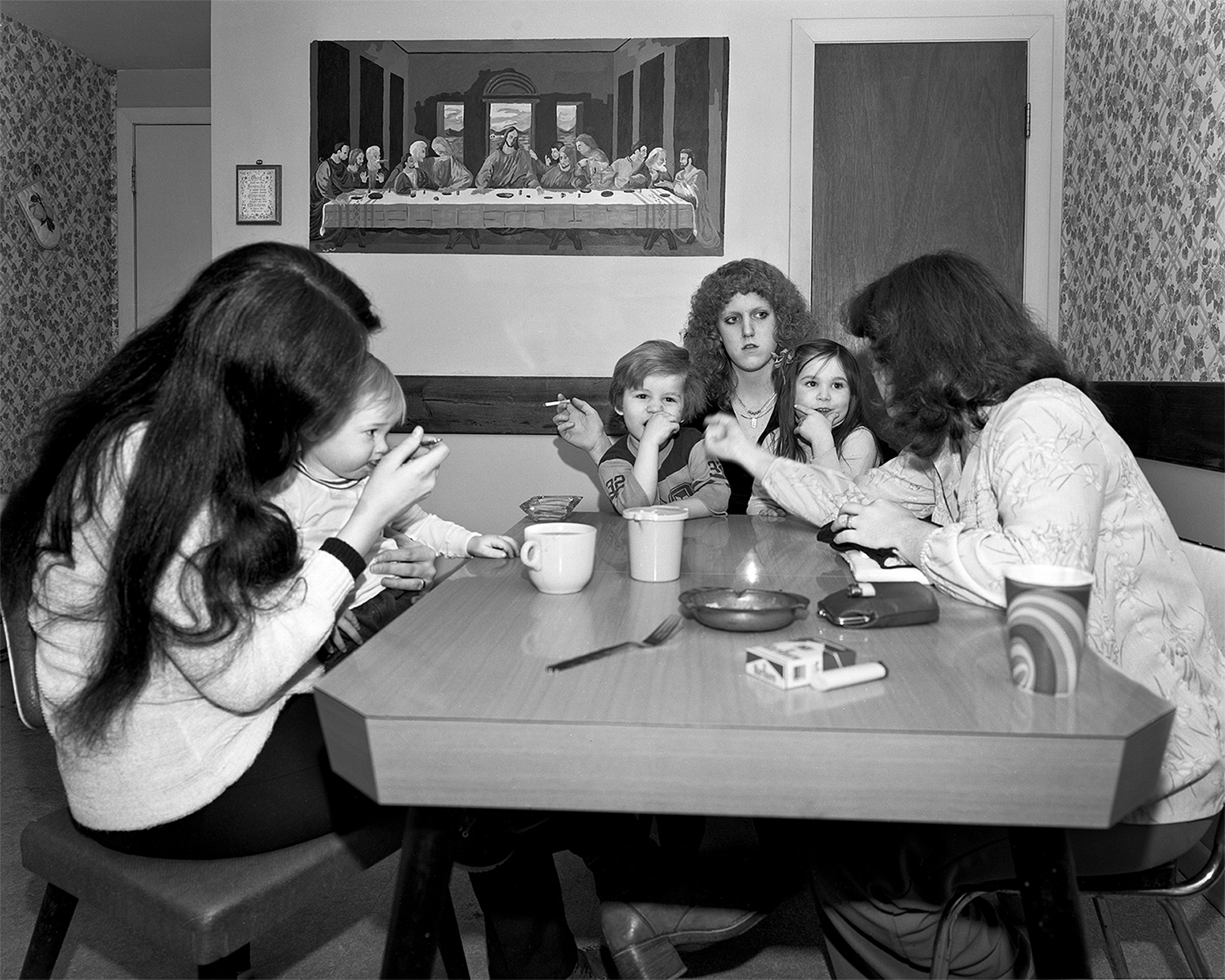 Revisited by Jan Grarup
One of the most important war photographers and photojournalists right now, Jan Grarup, is exhibiting a well-curated selection of his striking pictures. The award-winning artist, who’s witnessed some of the worst atrocities in recent decades, is presenting his work in the showroom of Grafik & Foto, a photo lab, thus offering the public the possibility to see some of the production processes of the images. His profession came more or less accidentally, but since he got involved in the Northern Ireland conflict – “I was very fascinated by cities that were divided either by politics, by religion or by international affairs”, he confesses –, he hasn’t stopped: from Rwanda to Irak, to Sudan and the Balkans. A unique opportunity to check his painfully sensitive images. 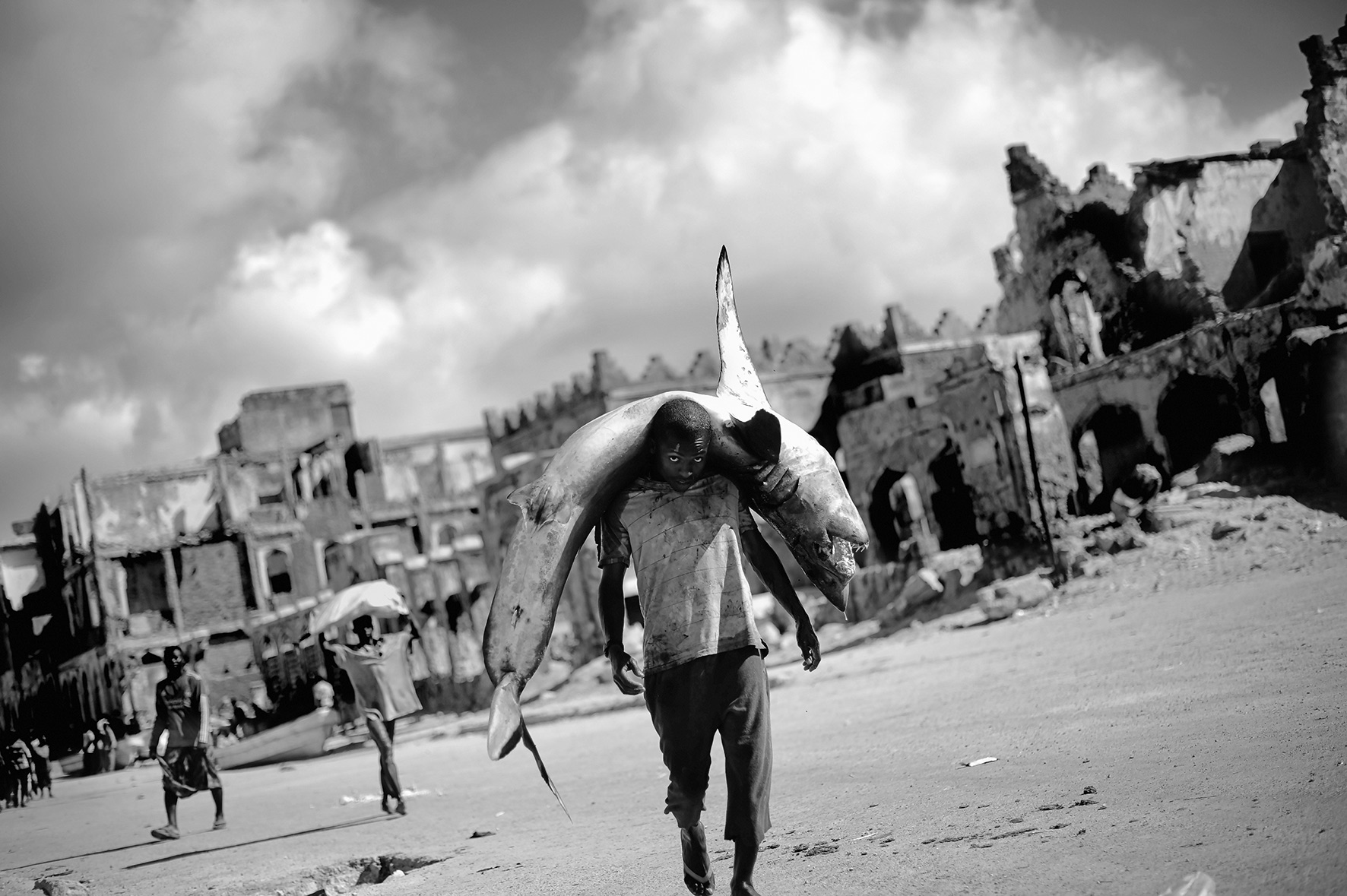 Trans-formation – Real Is How You Feel by Chris Calmer
As part of Carlsberg Byens gallery exhibitions – there six in total –, artist Chris Calmer will be investigating the glamorization of cosmetic operations in his show Trans-Formation – Real is How You Feel. By questioning certain beauty standards and ideals, Chris will be exploring whether or not one becomes happier by changing appearance permanently. In order to find one’s true selves, some transgender women choose to go through various operations. Those who undergo the operations are not estranged to discrimination while the cosmetic procedures are surrounded by various stigmas.
Many on the internet link the procedures to narcissism, insecurity, and lack of self-worth whereas the exhibition envisions focusing on acceptance and individuality. By questioning whether individual beauty is a reconstruction of physical features or reconstruction in the brain, Chris Calmer will try to provoke our thoughts through his visual imagery. 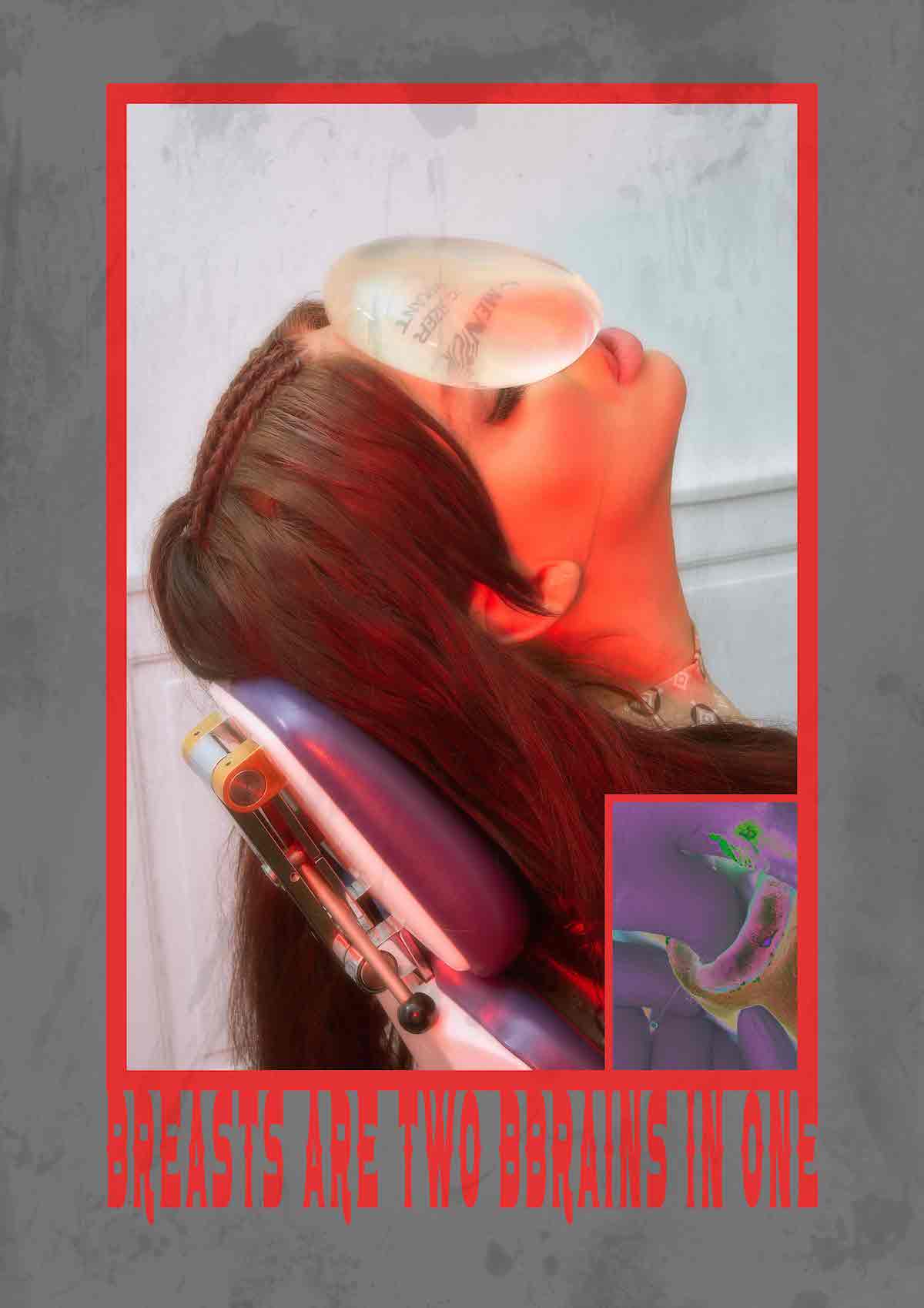 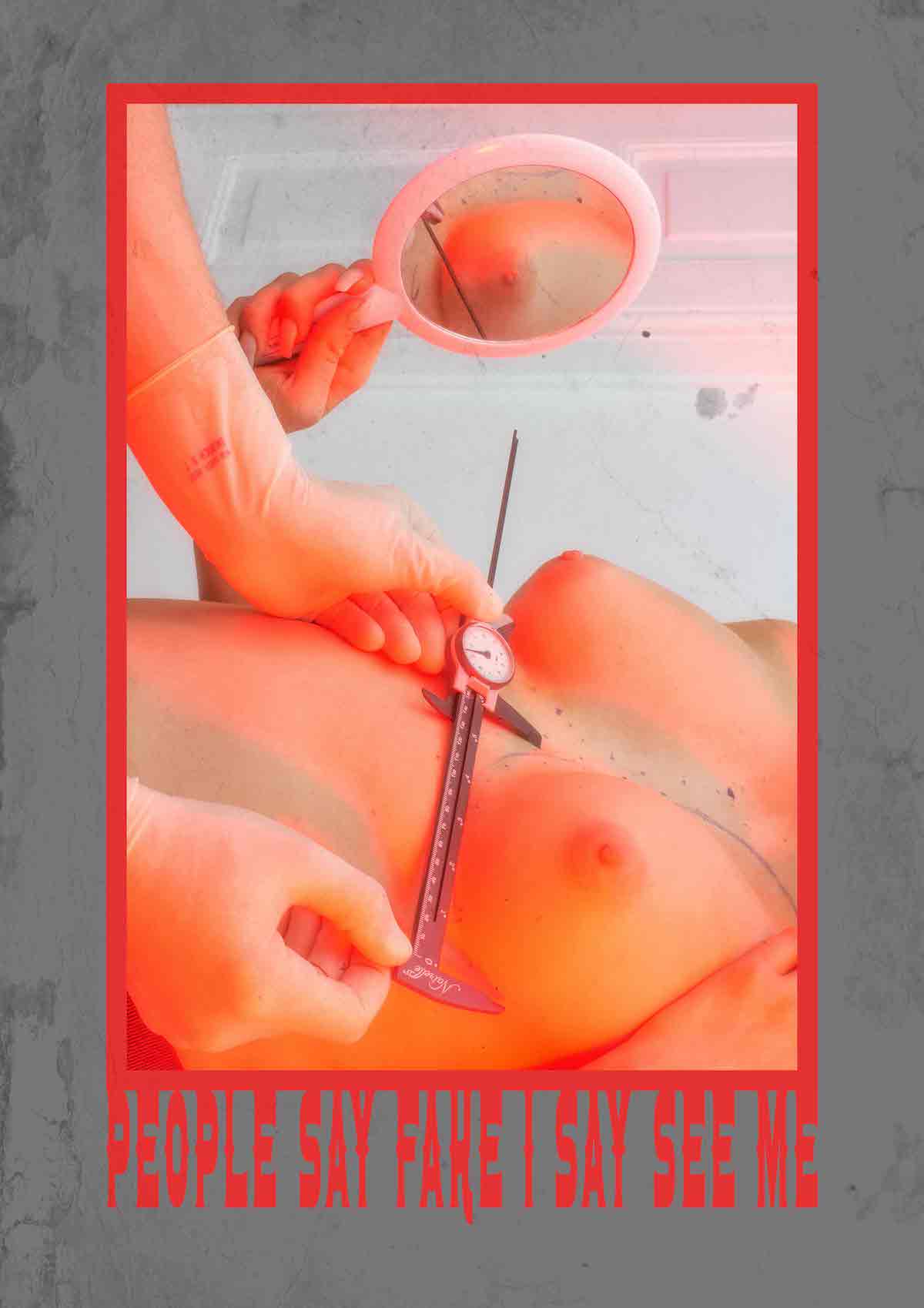 Pik-Nik by Arko Datto
Indian photographer Arko Datto is one of the biggest names of this edition. Being featured in Time Magazine or National Geographic, being a Greenpeace Photo Award nominee, and exhibiting worldwide, the physicist and mathematician-turned-photographer now presents Pik-Nik, a series taken in Eastern India. The pictures portray the very serious tradition of picnicking, which in the Asian country is taken very seriously: imagine extravagant loudspeakers, an arsenal of pots and gas cylinders, music, and cooking in the open air. A visual exploration of the cultural and social meanings of this phenomenon. 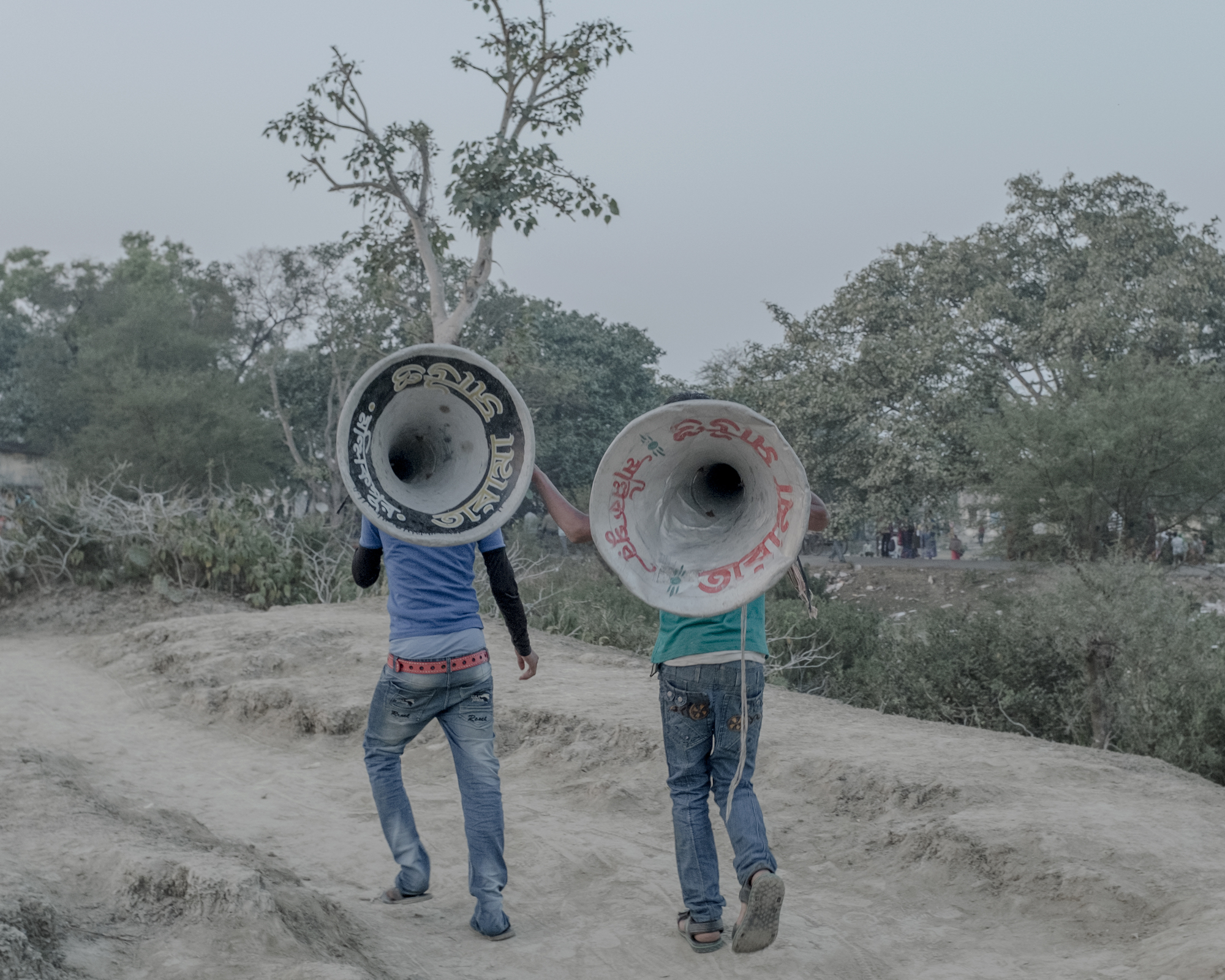 The Censored Exhibition
The Censored Exhibition is the main group exhibition under the category of Framing Vision and presents the latest international fine art photography. The unusual name refers to art history, to ‘censored exhibitions’ as a genre all the way back from the salons in Paris and to the academies today. This time, the jury selecting the works is composed of Elisa Medde, editor-in-chief of Foam Magazine; Claire Gould, curator at HAM (Helsinki Art Museum), and Balder Olrik, photographer, artist and an art critic, primarily based on the innovative thinking and adaptability of the photographers.
The exhibition will be filled with dynamic motives, exploring themes like finding new ways for using the church in a secular society, environmental pollution putting its mark on earth, the climate debate, etc. From over three hundred and fifty applications, only twenty-five artists have been selected for the festival, ranging from young photography students to established fine art photographers like Lars Daniel, Dieter Schamne, Annika Björndotter, Charles Xelot, Paola Ruvioli, Qian Jin and others. On the final day of the festival, selected works from The Censored Exhibition will be auctioned in collaboration with Bruun Rasmussen Art Auctions. 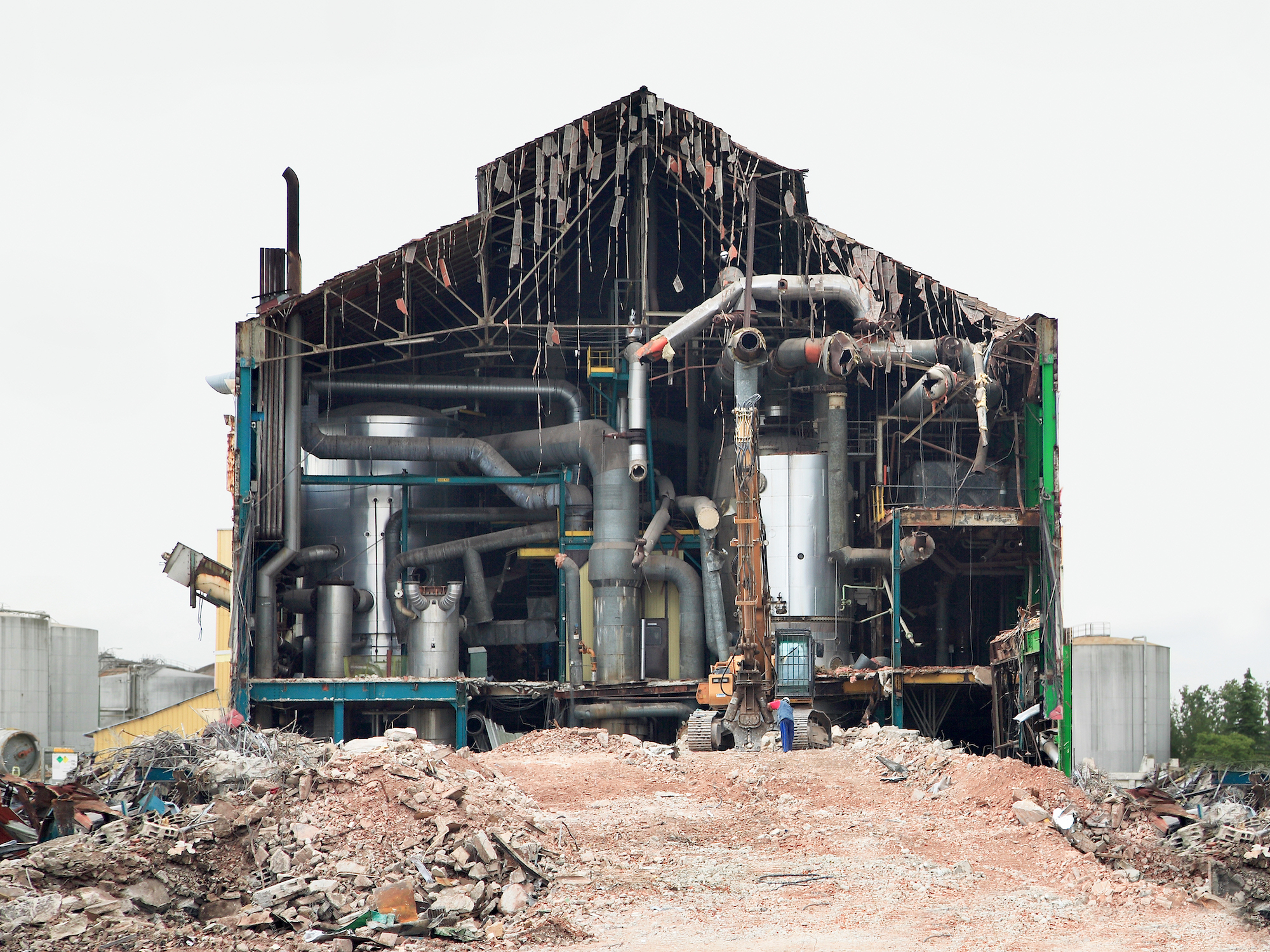 Eric Tabuchi
Fatamorgana Summer Exhibition 2019
Twenty-five students from Fatamorgana photography school will be presenting the outcomes of their four-month or a year-long intensive photographic educational courses. The exhibition will be focusing on each student's personal interests, style, visual language, and worldview. The photographic genres of the works will be greatly diverse and cover everything from documentary to staged avant-garde highlighting differences and expression of the unique vision of every student. If you want to see what the up-and-coming talent is doing and how are they depicting the world through their fresh gaze, don’t miss it. 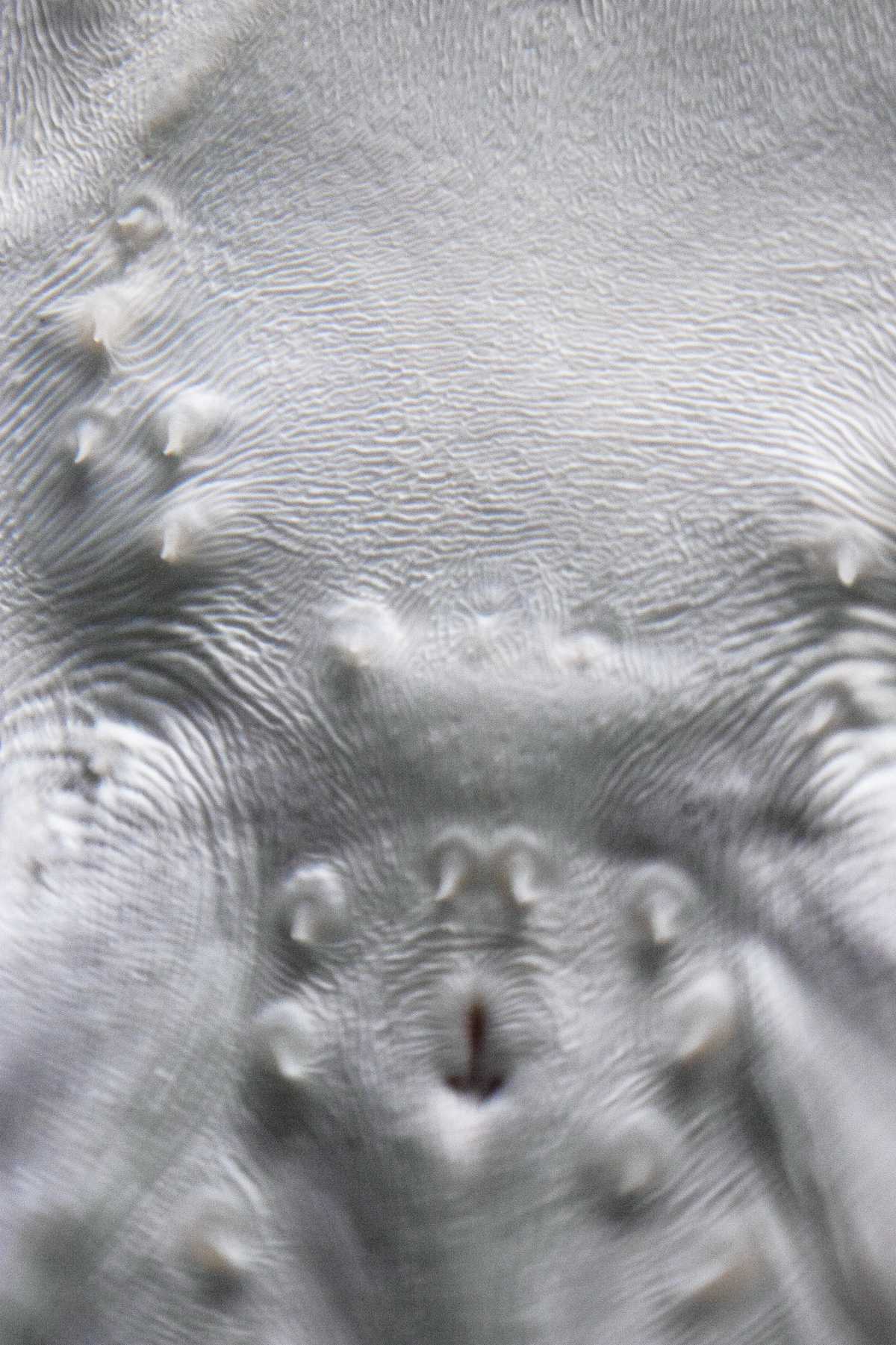