The importance of history and breaking the rules 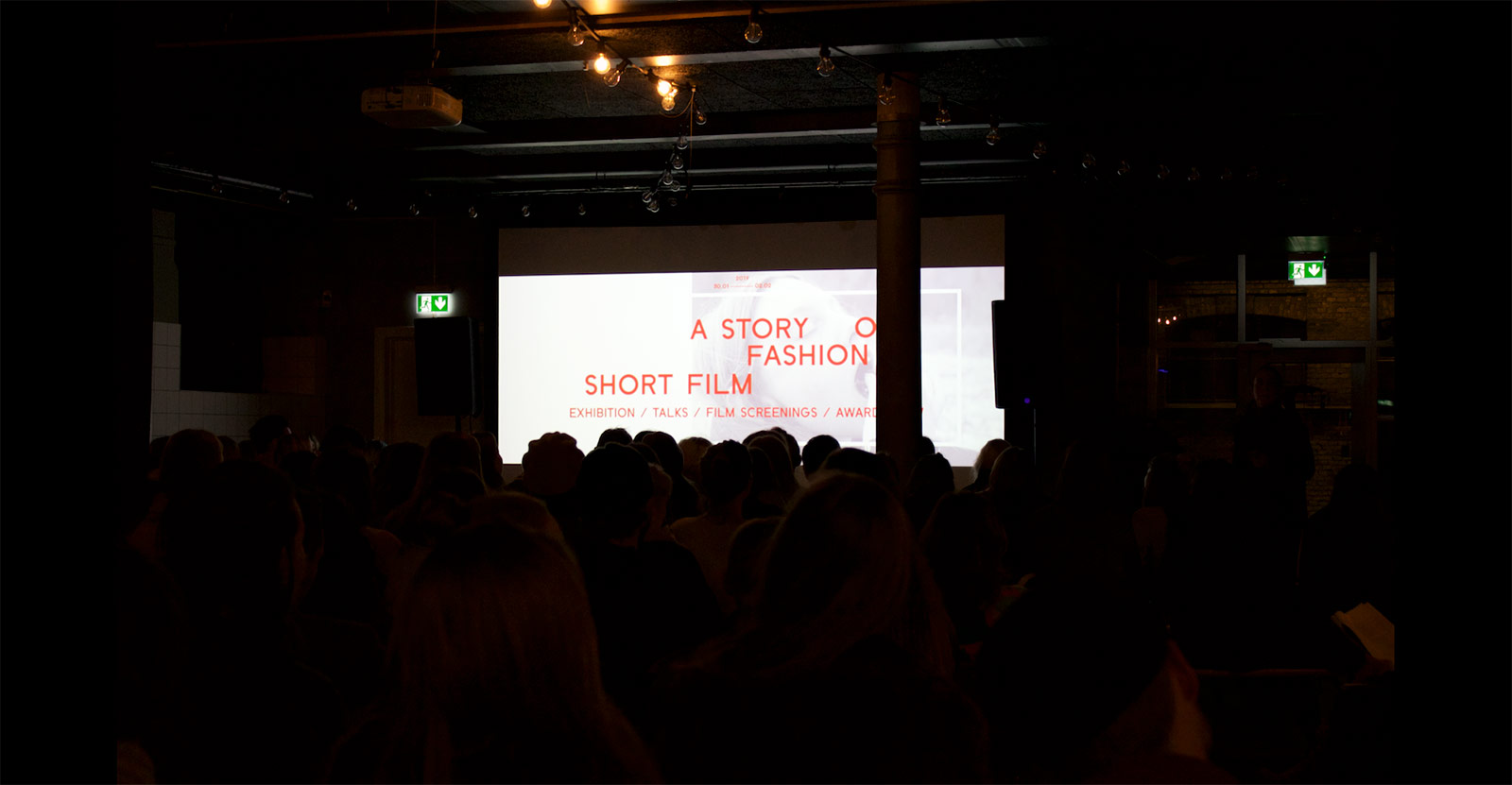 It might not be the preferred city to go to this time of the year, nor the place you typically associate with fashion films, but among the cold brick streets of Copenhagen and its (almost) solely black-dressed citizens, we found one of the rising film festivals of this fashion season. Located in the old meatpacking district in the centre of the northern capital, the Copenhagen Fashion Film Festival celebrated its 8th edition between January 30 to February 2 under the theme ‘A Story of Fashion Short Film’.
It’s late Friday afternoon at the end of this season’s fashion week and the sun is already long gone. In the unexpectedly welcoming streets of old slaughterhouses of the meatpacking district, we find the small gem of the festival’s venue. It’s tiny yet well-curated, with several film programs presented on different screens bringing the attention to much more than just this year’s open call submissions.

The accentuation of the curation is no surprise, as the head of the festival, Ditte Marie, has had a long relationship with gallery spaces in her career. These are more than just fashion films, it’s about “fashion in films”, she comments. And continues: “We were never just a competition”. She explains how the festival hopes to link history to the present and explore the undefined territories of this new medium. “How can these narratives help change the perceptions of our times?”

Over the years, this has brought along the many different themes for the festival with both short films as well as feature films. But this year, it’s about telling ‘one’ story – a story about fashion film. Through a selection of ten different programs/categories running on each of the screens in the festival space, CFF set out to explore what a fashion film can be.

The focus of the curation was therefore about showing the broad diversity of both fashion in films and fashions films with different categories ranging from the earliest days of film (in the program 1900-1910) to mini-documentaries on sustainable fashion (in the program Sustainability). Other categories included experimental fashion films in the program Young Talents, Body & Identity and Art. Along with the exhibition, we found talks, screenings and, of course, the award show.

Naturally, the originator of early fashion film exploration Nick Knight’s SHOWstudio had to come along on this project with the current head of fashion film Raquel Couceiro as part of the jury. Co-founder and director of Fashion in Film Marketa Uhlirova also sat as part of the jury along with Danish designer Mads Nørregård and Danish fashion photographer Louise Damgaard among others. Out of 88 film submissions 38 films were selected to go with 5 awards: Best Nordic Talent, Best New Talent, Best Idea, Best Message and finally Best International Talent.

In conversation with the judges, the selection this year was about finding things they hadn’t seen before, while also choosing films showing “complexity in a simple framework.” The winner of this year’s main award, Best International Talent, was Transformable Wardrobe, by designer Marie Sloth Rousing and director Mathias Kruse Jørgensen, which not only intrigued the judges but also placed a great focus on clothing, texture and materiality. The other winners were Ornamental, by Mathias Brochorst for Best Nordic Talent; Mesh, by Lena Kirschberger, for Best New Talent; The Path She Walks, by Marloes Ten Bhömer for Best Idea; and finally, Belief, by Anne-Sofie Karmark Pedersen and Kathelijn Samuels for Best Message.

The jury member Marketa Uhlirova, who has spent many years as an art historian with a special interest in the mediation of fashion and currently sits a Senior Research Fellow at Central Saint Martins, explains that the winners were based on strong ideas that both investigated and had coherence. Yet, underlining that “there are no rules. Break the rules. Artistic excellence, you can’t define it. It’s there or it isn’t.”

Later, discussing the future of fashion films, she explained that there isn’t necessarily a common thread, it all depends on what platform accommodating it, but filmmakers in are in general “becoming more interested in telling stories and not strictly speaking narrative. They’re finding meanings beyond clothing – fashion is not the defining feature for them anymore.” It’s especially platforms like magazines that leave this space open to merge the genres in the exploration of the new.

Although we fully agreed on most of the winners, there were a few that needed a special mention. This year, it was particularly the contemporary concepts, the unexpected genres-shifts and, in the spirit of CFFF, history’s influence on fashion films today. Here are our five favourites:
Transformable Wardrobe, by Marie Sloth Rousing and Mathias Kruse Jørgensen

This year’s main winner brings us back to the year 2000, when Hussein Chalayan transformed the set design of his show into wearable fashion and thereby questioned what fashion could be or should be. The unexpected reveals itself in this slow build-up of a narrative where an anonymous character dressed as a nuclear investigator travels around his abandoned greenhouse surroundings. It’s naturally intriguing in its conceptual approach and still explores the materiality of fashion.
The Path She Walks, by Marloes Ten Bhömer

The Dutch researcher and filmmaker Marloes Ten Bhömer especially caught our attention in her simply-staged yet complex narrative title where two women simply walk back and forth in different hospital-inspired fashion pieces. In this absurd, contemporary scenery of mixed-media and high-pitched sounds, the walk of the woman is examined in a humorous yet almost scientific way. The film, of course, won the prize for The Best Idea.
The Story of Luca, by Bjarke Underberg

Director Bjarke Underberg delivers quite the opposite experience in his Italian-spoken visual depiction of what sounds like a therapy session with a young male character reflecting on his being. It’s beautifully filmed, melancholic in all its essence and quite the opposite of what you expect from a fashion-related film.
Outré, by Anafelle Liu

Outré shows us exactly how artistic and innovative a commercial production can be. It’s a peek into the universe of contemporary jewellery designer Vann Kwok, with 3D sculptures, stuffed animals, historical murals and whispering sounds, all set in a hypnotizing timeless space. It’s both familiar and peculiar, beautiful and twisted – it’s a film you just want to see continue unfolding.
I am Thinking of Pierre Cardin, by Matthew Miller

This romantic mini-documentary follows the nostalgia of the voice-over protagonist, who looks back at the evolution of visionary French designer Pierre Cardin. This is a film about fashion and not a fashion film, yet, it’s everything that fashion film is about. It shows the endless aspects of the influence that lies in a fashion brand while simultaneously just being a reflection on the history of Pierre Cardin.