One night in hell 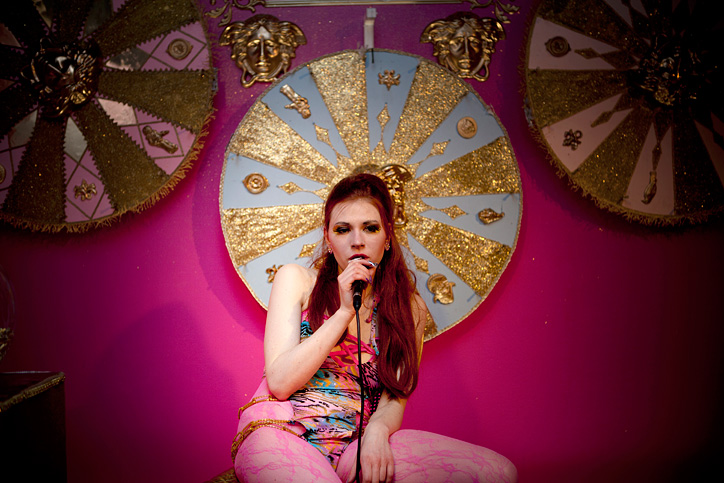 Across empty courtyards, up three flights of stairs and into a hallway lit haphazardly by a flickering light. Then a metal door opens and some strangers hesitantly make their way into the foyer of Club Inferno, a casino-cum-brothel-cum-hell and Danish performance collective Signa’s newest project: the Club Inferno was established by Beatrice Godeux ten years ago as a luxury class casino in Berlin’s borough Wedding in the style of a glamorous Las Vegas venue.

After his adored mother Beatrice died, her son Herbert has turned it into a place where guests and staff regularly gather to play games revolving around the thin line between life and death. It is also inspired by Dante’s Divine Comedy. The infernal part. The part in which the I-narrator encounters his leader, Virgil, who takes them by the hand and into the center of suffering, guilt, damnation and sinfulness of the world. Signa’s latest creation does not come without a warning.

Visitors of the Club Inferno are ushered through a corridor, instructed to take off their shoes by a harlequin with a whip (while a somnambule poledancer is crawling around on all fours in front of them, lending a helping hand to speed up the process). The yet-latent sadism and unpredictability, the threat and discomfort, is momentarily tangible for the first time. Then the harlequin, played by Arthur Köstler, co-founder of the collective and husband to Signa, leads the group into the club’s foyer, lavishly decked out in plush ruby carpets, a fountain and an overload of sedating luxury sleaze. It smells like heavy sweet perfume, spilt vodka-energy and sweat.

Here, everyone is greeted personally by Herbert Godeux himself – a pathetically obliging man with greasy hair, shiny eyes and an all-encompassing softness of voice, body and mannerism. While the guests are sipping lukewarm champagne, he invites them to encounter and enjoy the nine circles of hell before calling on two more harlequins to separate the group and lead the visitors off into the disorientating maze of rooms, each of which holds a different character, encounter, sin and punishment.

Living up to their reputation as provocative and uncompromising creators of interactive extreme theatre, Signa offer a parallel meta-universe inhabited by actors-who-play-actors-who-play characters, and audience-who-are-participants (sometimes involuntarily, or passively, but no less). The fourth wall is repeatedly broken down, violently, sexually, often a combination of both, and more aggressively as the night goes on. At 7 pm, the pudgy chef in the Third Circle (gluttony) is serving baby-blue cocktails, sausages and noodle salad while amicably chatting to those seated around his table. Three hours later, he is naked, mouth stuffed with marshmallows, on all fours and being urinated on by a harlequin. There is no apparent narrative that unfolds, just a collapse of any sense-making structure or calculable risk, more rapidly the later it gets.

Unsurprisingly, the most sexualized of spaces are the ones where many of the heavily intoxicated male guests seemingly do away with remembering that they are not quite at a sex party. In the Desert of the Sodomites, a rent boy in latex hotpants poledances, while another is involved in a threeway with a guest and a larger-than-life porcelain tiger. When Medusa saunters into the Second Circle of Lust and orders all the men to climb onto the bed with Semiramis, Helen of Troy and Cleopatra in scanty costumes, sit back, watch the women put on a little liveshow and ‘petrify their snakes’, there is not enough space for all the eager volunteers. Regardless of the fact that there are people standing by and observing, people who are outside of the scene, people who are more audience than participants and are passing judgement. A harlequin creeps up behind Medusa and begins violating her. Medusa screams for him to stop, for help. Some of the men on the bed shift their gaze from the women making out in front of them to the one getting raped a few feet from the bed. Their hands stay in their pants. No one intervenes.

In an interactive environment as immersive as this, how selective can one be in drawing the line between fantasy and reality? You remind yourself that, ultimately, it is all theatre. It’s all play. But destabilizing and eliminating any comfort derived from that assertion is Signa’s signature. To leave the audience stripped of that safety net. And even if the illusion were to remain – does it then absolve you from the consequences of your actions?

A wasted guest stumbles through the Forest of Suicides, one hand on Roxy the prostitute’s ass, the other holding on to a severed limbs-hung tree branch for stability; Arthur Köstler’s harlequin is whipping Fortuna, and Herbert Godeux has sunken deep into his personal hell of self-doubt, shame, mourning for his late mother and the self-deprecating conviction that he is the laughing stock of everyone present, that his Club Inferno is a disgusting place for depraved hedonists, not an artistic vision come to life. There is no consoling him. Hanging his head, he takes off down the corridor towards Judecca, accompanied by the screams of the suicides and the eerie refrain of Orpheus’ harp’s Lynchian refrain: “In hell, everything is fine… in hell, everything is fine…”
What do you do with the memories of things that happened at Club Inferno the morning after? 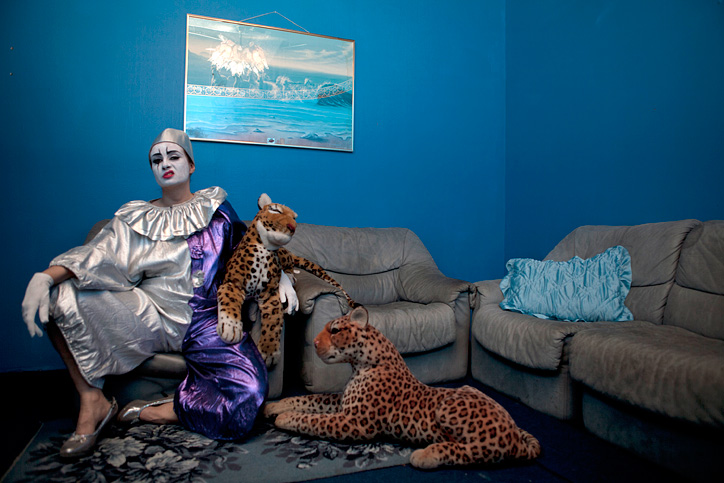 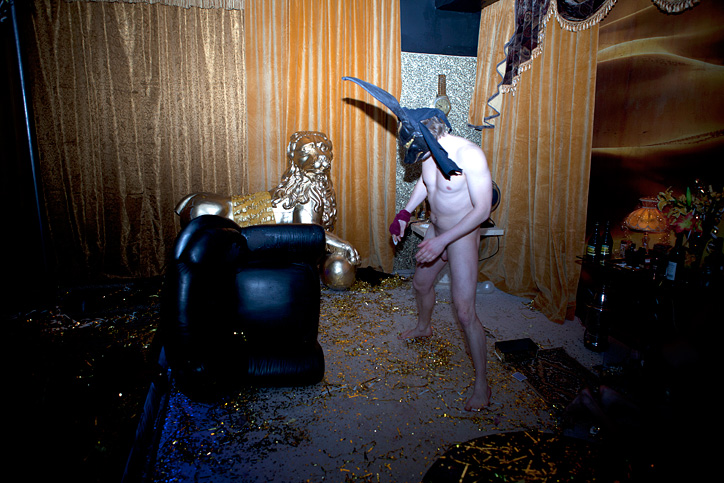 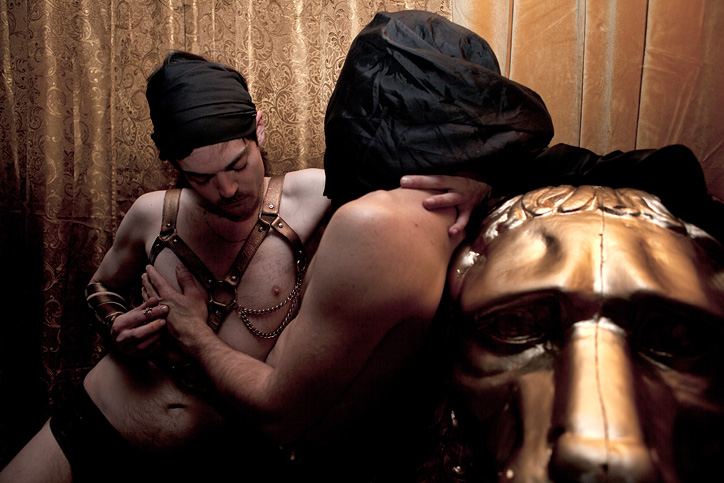 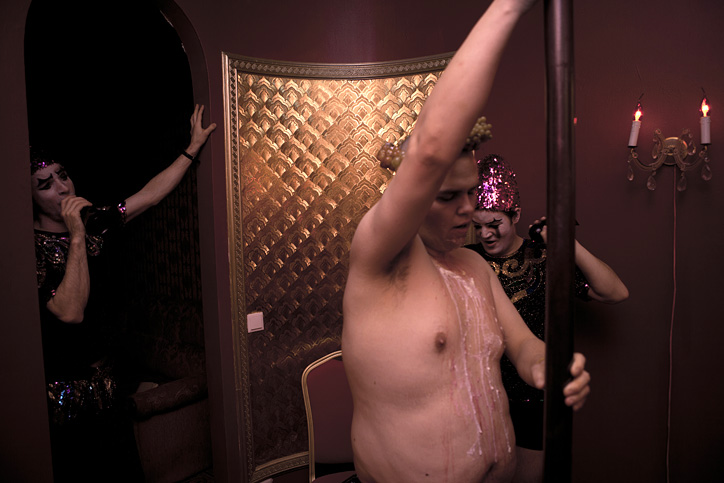