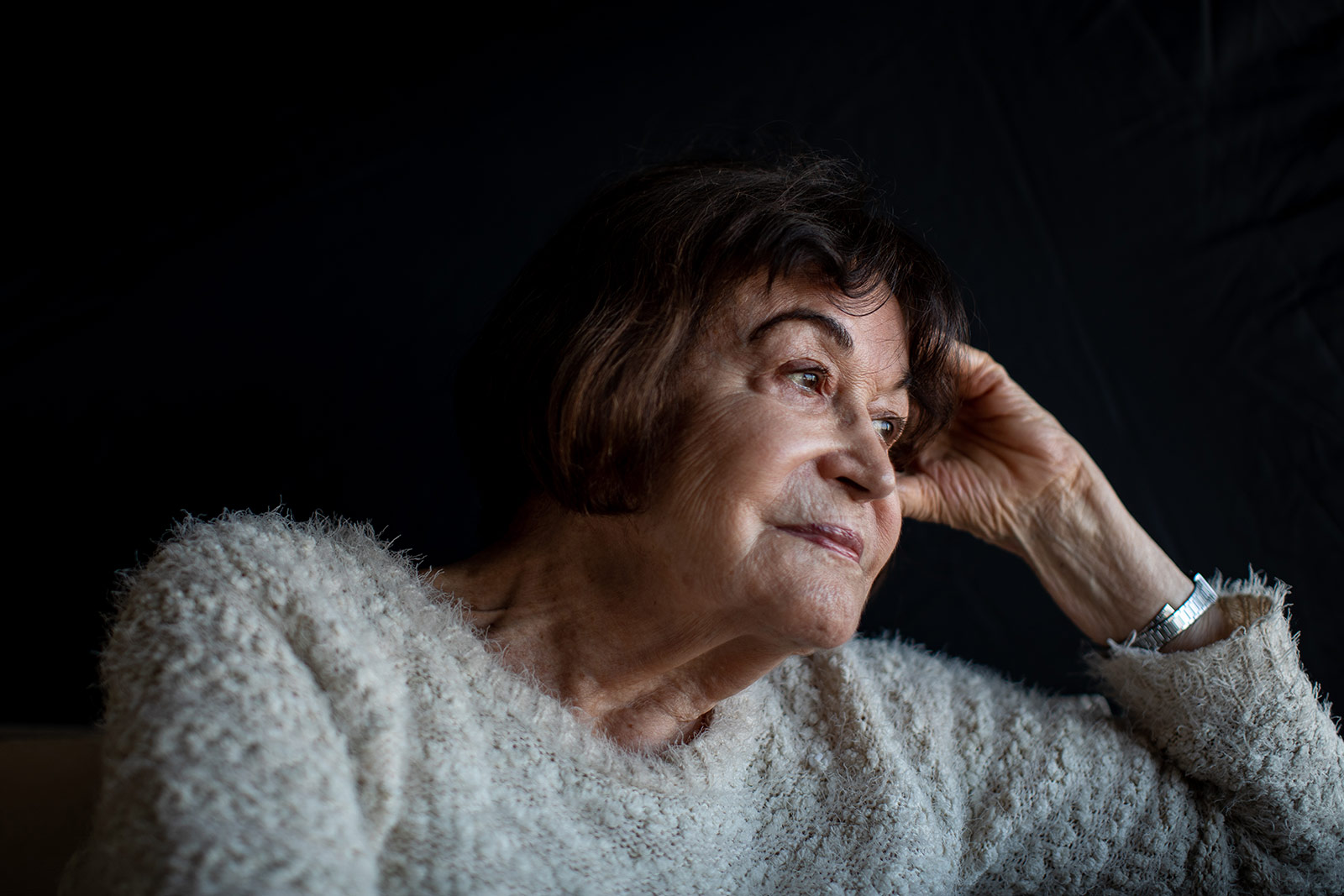 Get to know the otherworldly, eerie but also politically charged and driven work of Claudia Andujar, a Swiss-born photographer who’s been portraying the Yanomami, one of Brazil’s largest indigenous groups, for almost fifty years. Opening on January 30 and on view until May 10 at Fondation Cartier Pour l’Art Contemporain in Paris, her biggest solo show to date, Claudia Andujar, the Yanomami Struggle pays an homage to the indigenous group, the photographer, and all things dying because of capitalist greed and Western’s wrongly-called ‘progress’.
Born in 1931 in Neuchâtel (Switzerland), Andujar moved throughout her childhood and teenage years from her hometown to Transylvania, to Switzerland again and then to the United States and, finally, Sao Paulo. Her father, a Hungarian Jew, was killed in Dachau’s concentration camp during WWII, which made the photographer very aware of how dark, twisted and cruel the human condition can turn into. Starting as a photojournalist in Brazil, Andujar met the Yanomami pretty early on, in 1971, for a story about the Amazons for Realidade magazine. Fascinated by the culture of the isolated community, she decided to embark on an in-depth photographic essay on their daily life after receiving a Guggenheim fellowship to support the project.

The photographer connected to the Yanomami community members on another level beyond the documentary and purely professional. “I am connected to the indigenous, to the land, to the primary struggle. All of that moves me deeply”, she once stated. “Everything seems essential. Perhaps I have always searched for the answer to the meaning of life in this essential core. I was driven here, to the Amazon jungle, for this reason. It was instinctive. I was looking to find myself.” And in this process of self-discovery and exploration, meeting the Yanomami was serendipity at its best.

Especially in the first years, Andujar experimented with various photo techniques in an attempt to visually translate the Yanomami’s shamanic culture into pictures. As the exhibition text explains, “applying Vaseline to the lens of her camera, using flash devices, oil lamps and infrared film, she created visual distortions, streaks of light, and saturated colours, imbuing her images with a feeling of the otherworldly.” But a few years later, her approach changed and became more politically-charged. Brazil’s military government opened up the region to deforestation as well as invasive agricultural programmes, destroying the rainforest and the land of many indigenous groups – something that strikes too much resemblance to nowadays situation, when Bolsonaro’s government keeps destroying the environment and allows the killing of innocent lives.

And so, Andujar paired with Carlo Zacquini and Bruce Albert, a missionary and an anthropologist respectively, and founded the Comissão Pro-Yanomami, starting multiple campaigns advocating for their rights and to raise awareness. And since then, she’s kept fighting for their rights, opposing oppressive governments and fighting against capitalist interests destroying the land and lives of the Yanomami. To the point where Davi Kopenawa, Shaman and spokesperson for the Yanomami, says of her: “She is not Yanomami, but she is a true friend. She took photographs of childbirth, of women, of children. Then she taught me to fight, to defend our people, land, language, customs, festivals, dances, chants and shamanism. She explained things to me like my own mother would. It was good that she gave me the bow and arrow as a weapon, not for killing whites but for speaking in defence of the Yanomami people. It is very important for all of you to see the work she did.”
The exhibition Claudia Andujar, the Yanomami Struggle will open on January 29 and will be on view until May 10 at Fondation Cartier Pour l’Art Contemporain, 261 Boulevard Raspail, Paris. 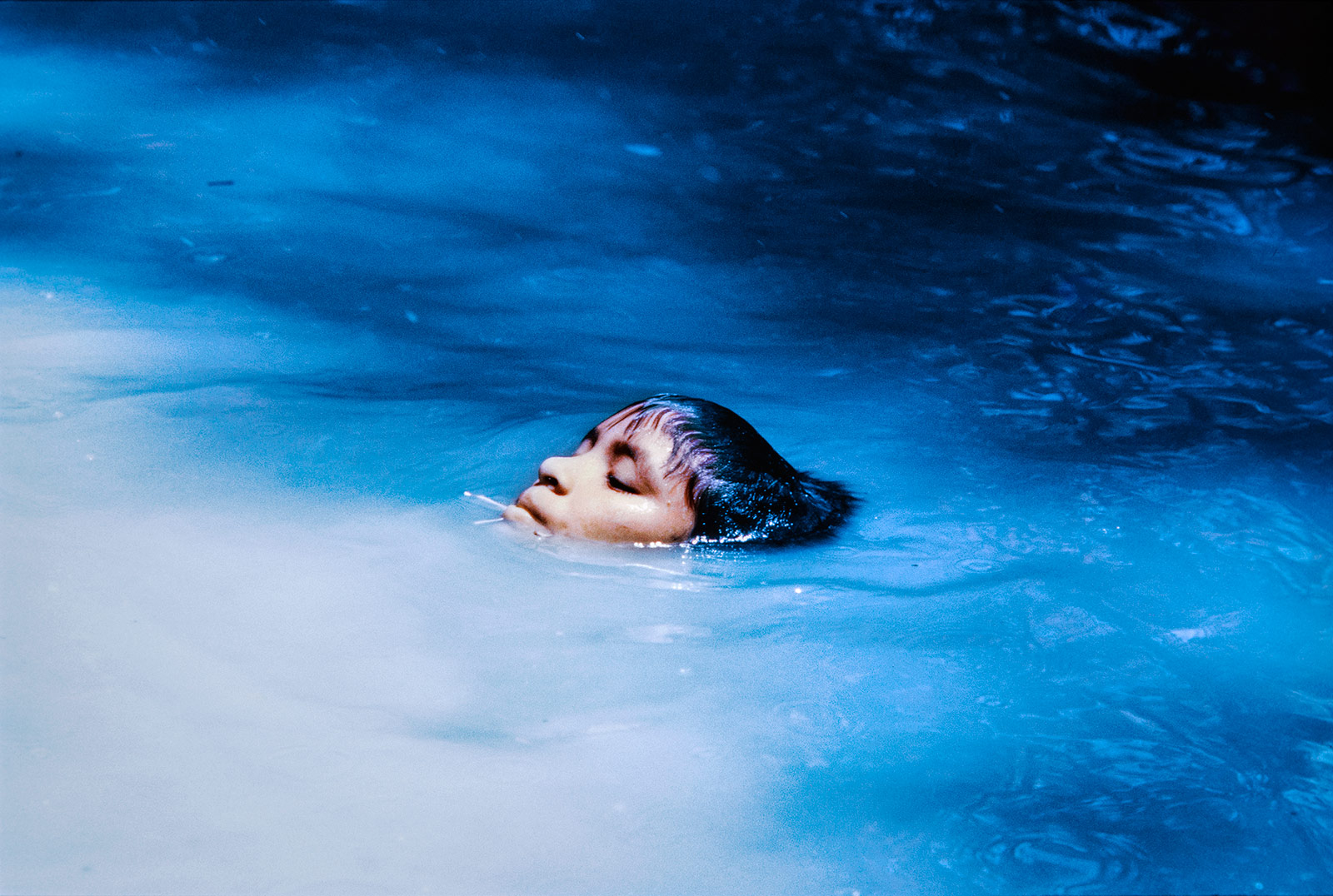 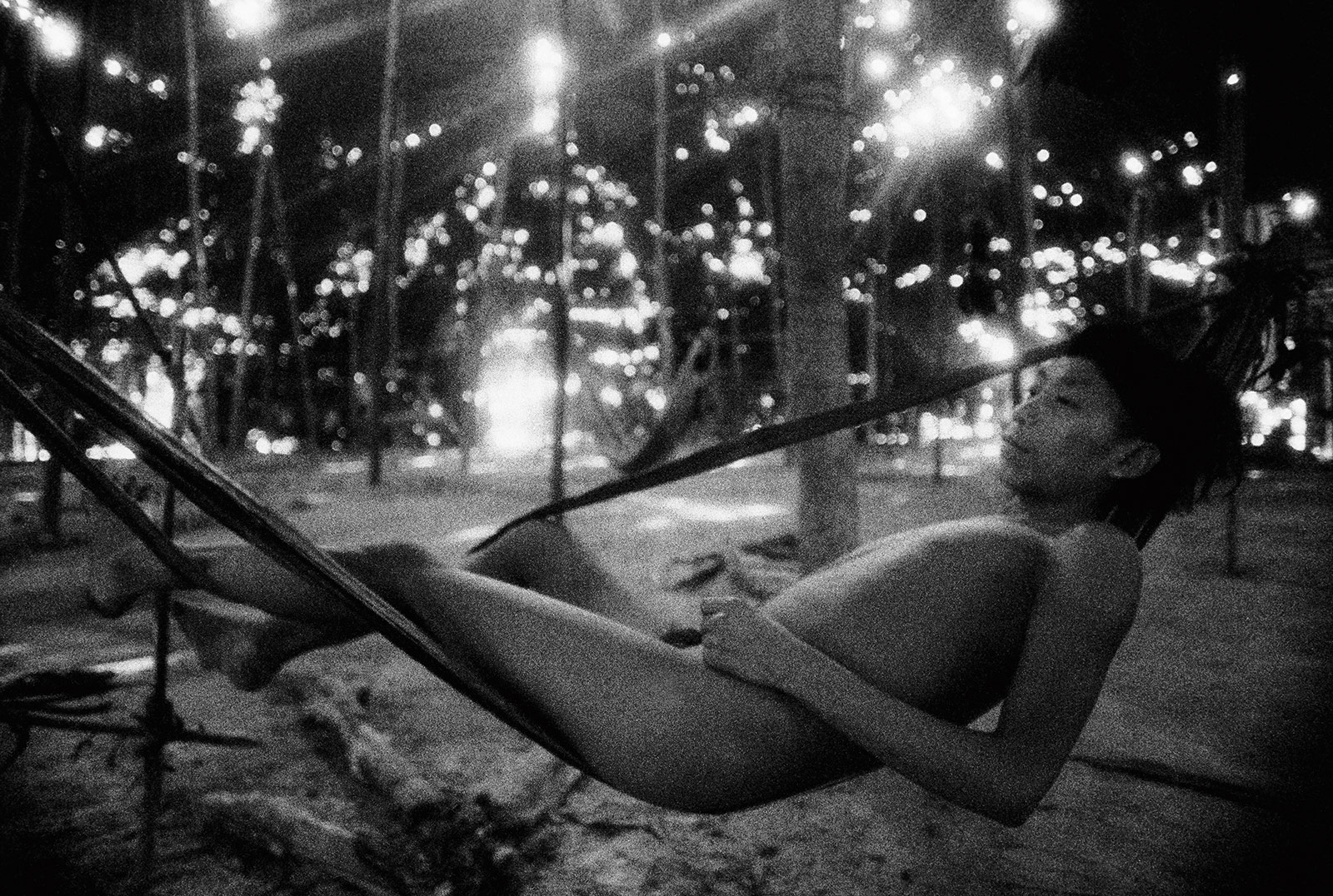 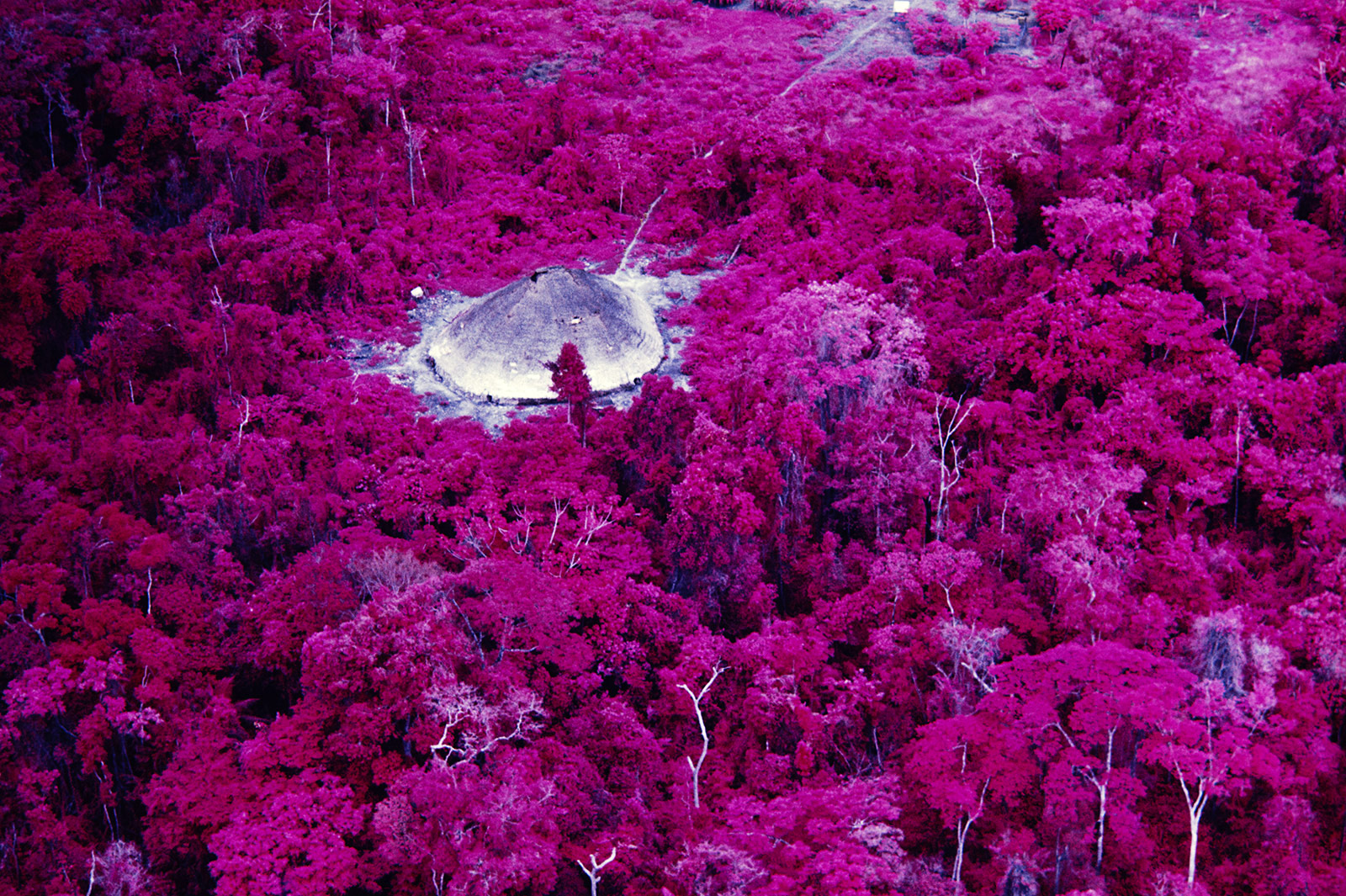 Collective house near the Catholic mission on the Catrimani River, Roraima, infrared film, 1976. 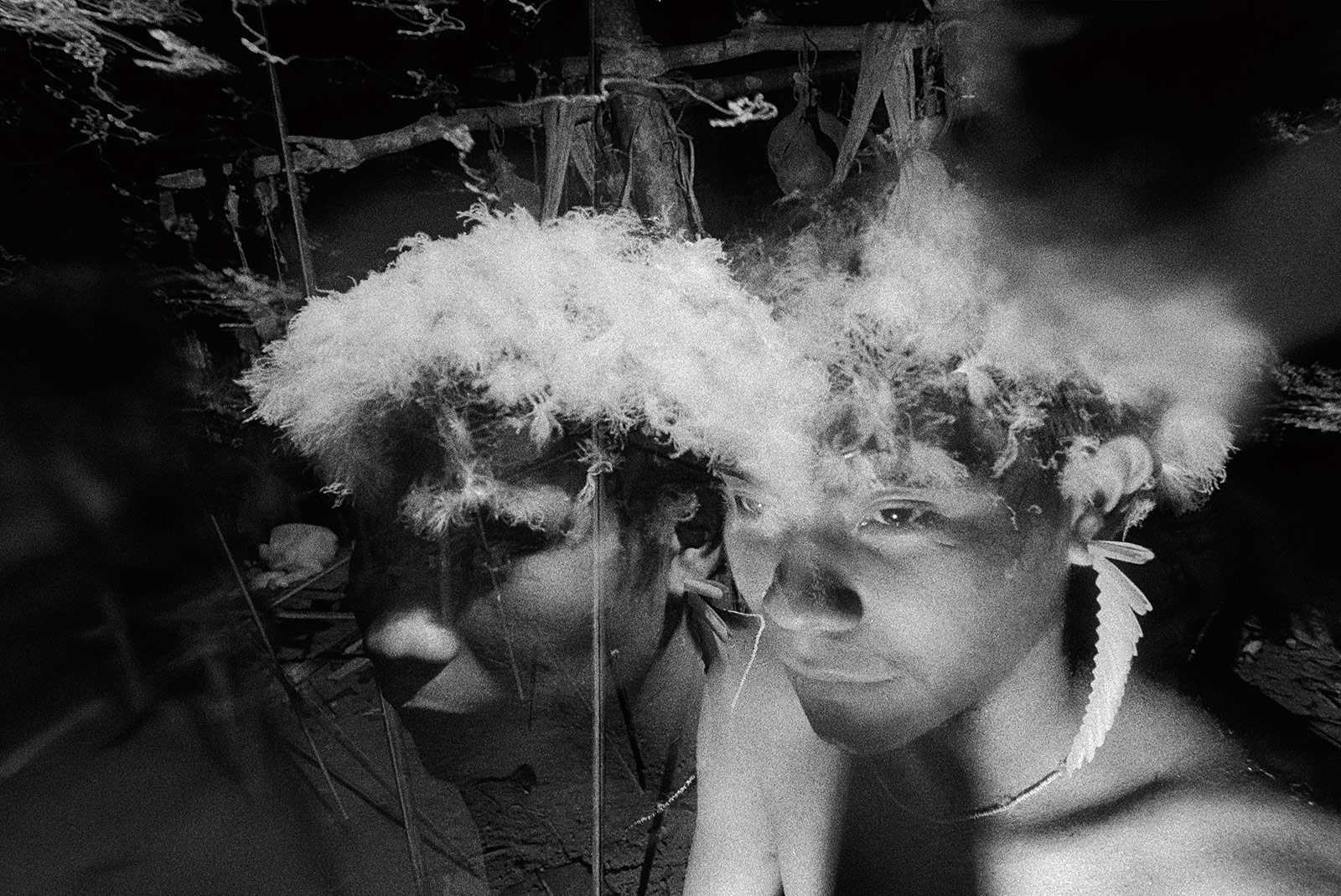 Guest decorated with vulture and hawk plumage for a feast, photographed in multiple exposure, Catrimani, Roraima, 1974. 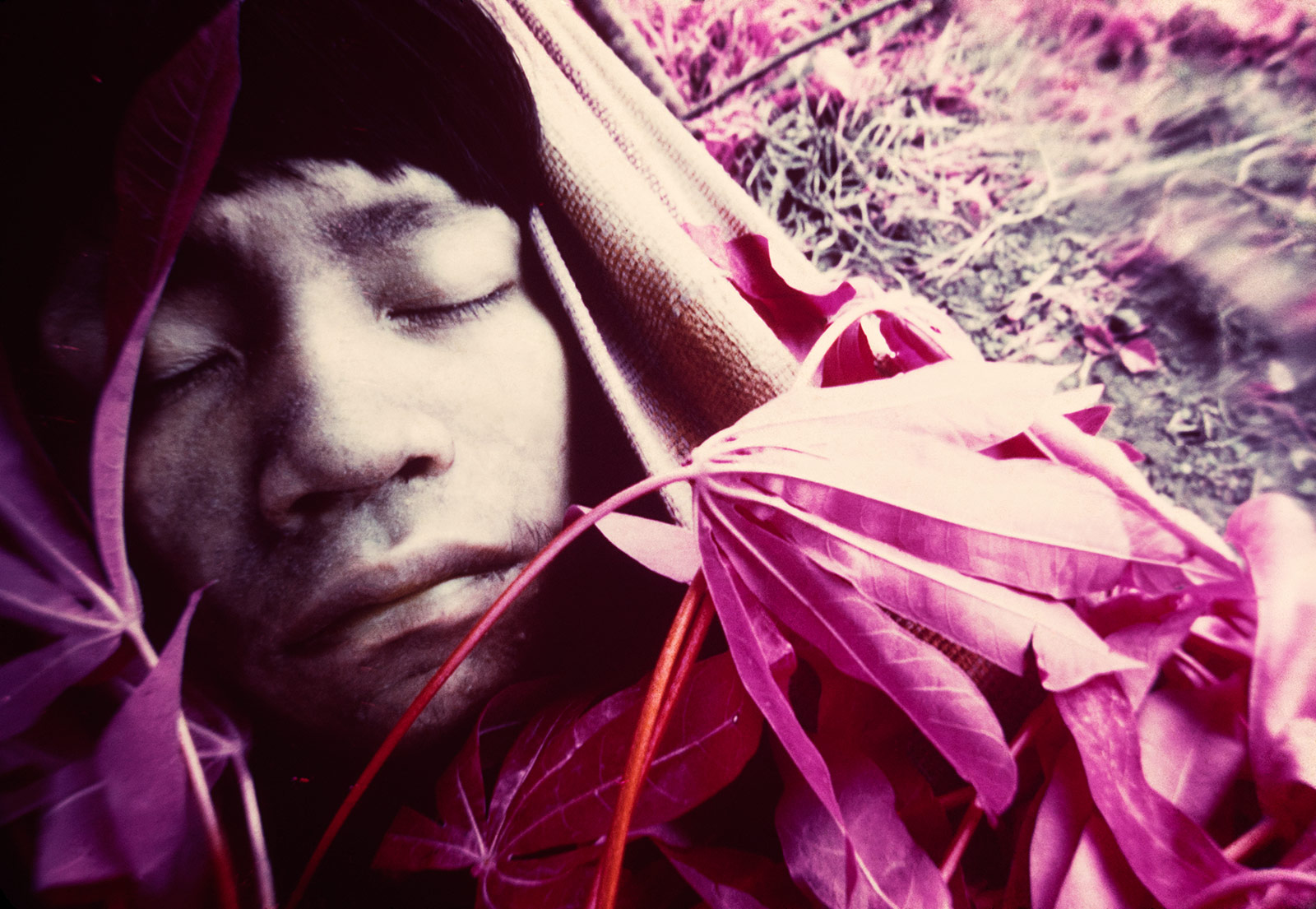 Youth Wakatha u thëri victim of measles, is treated by shamans and paramedics from the Catholic mission, Catrimani, Roraima, 1976. 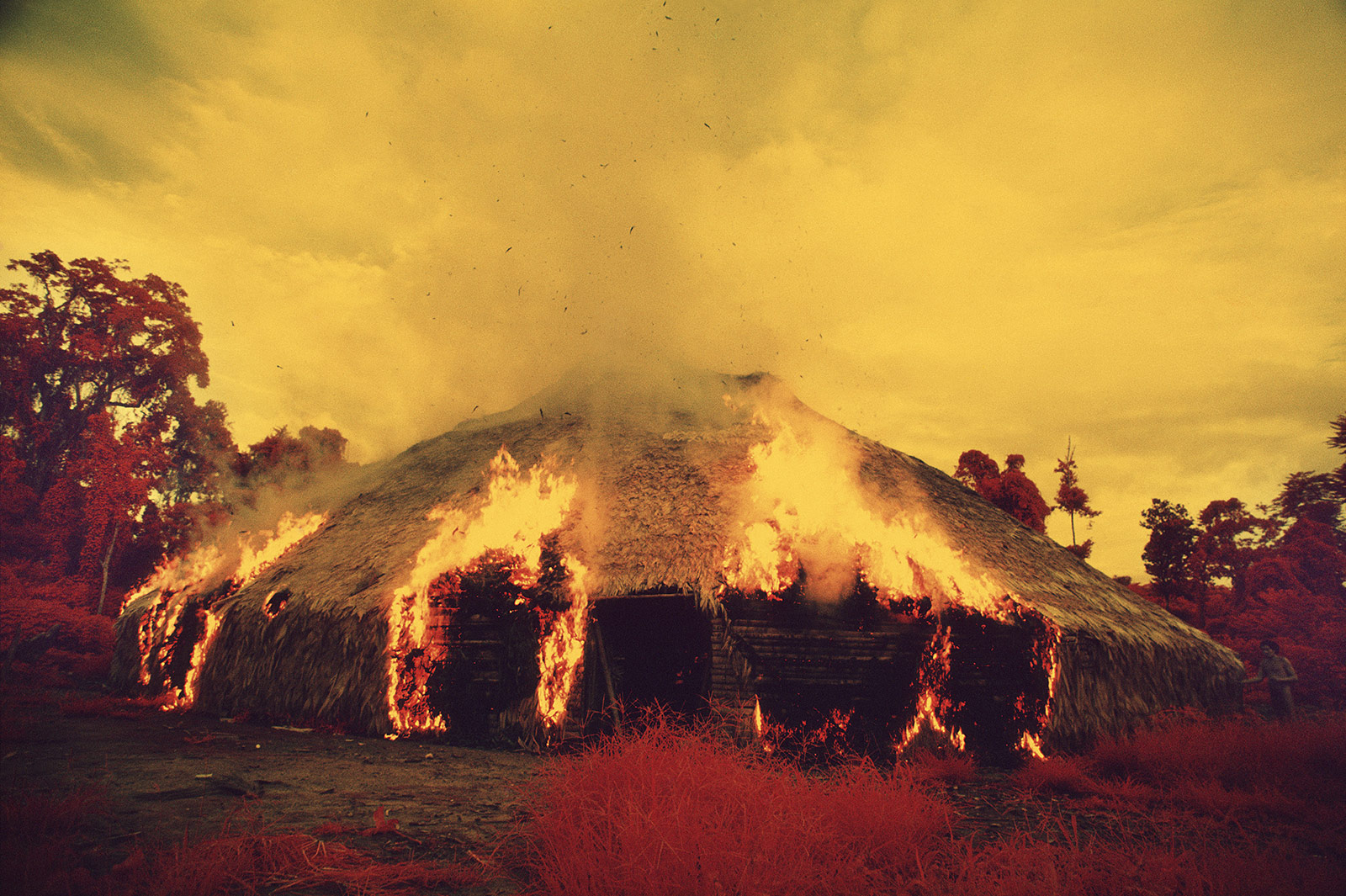 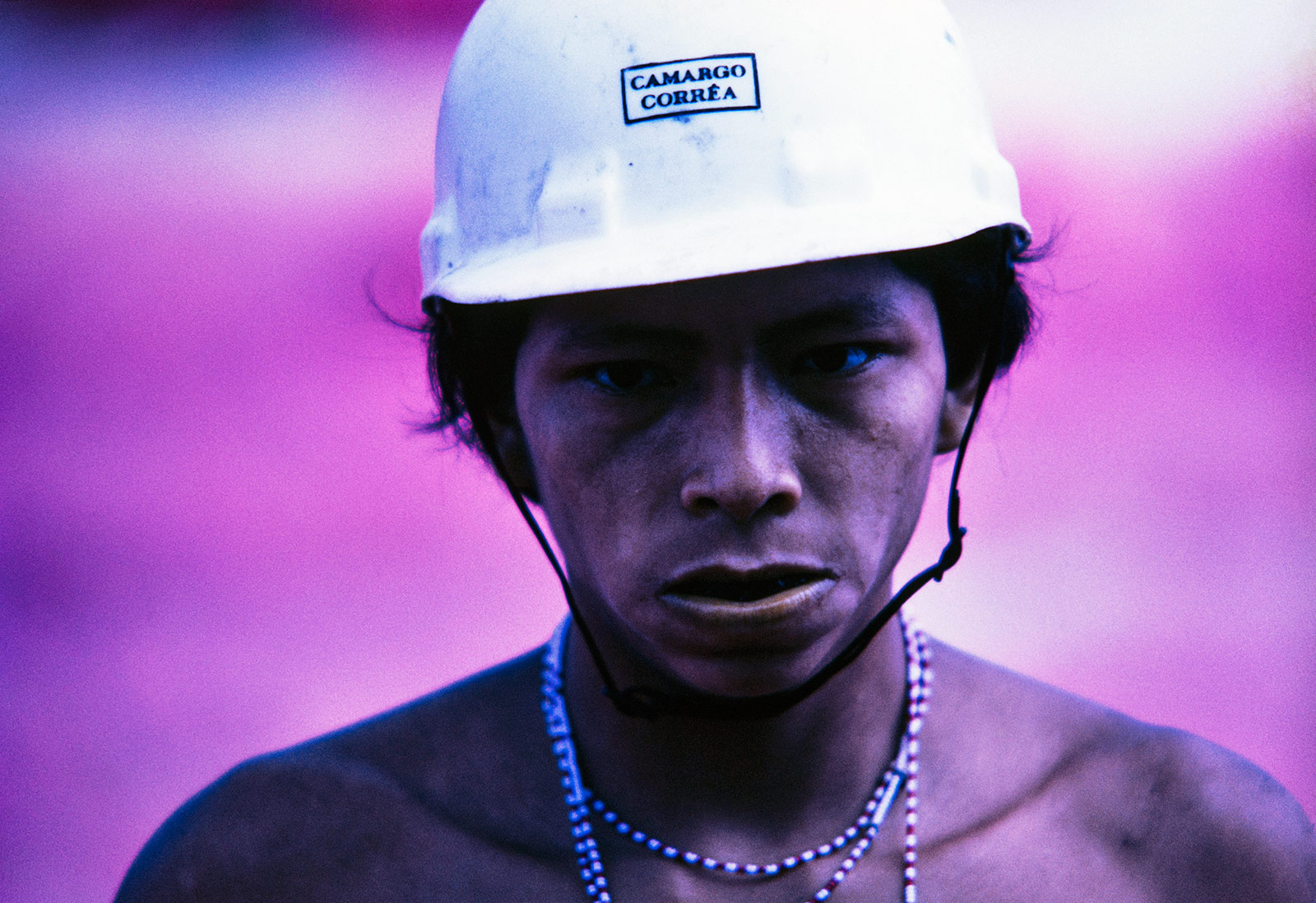 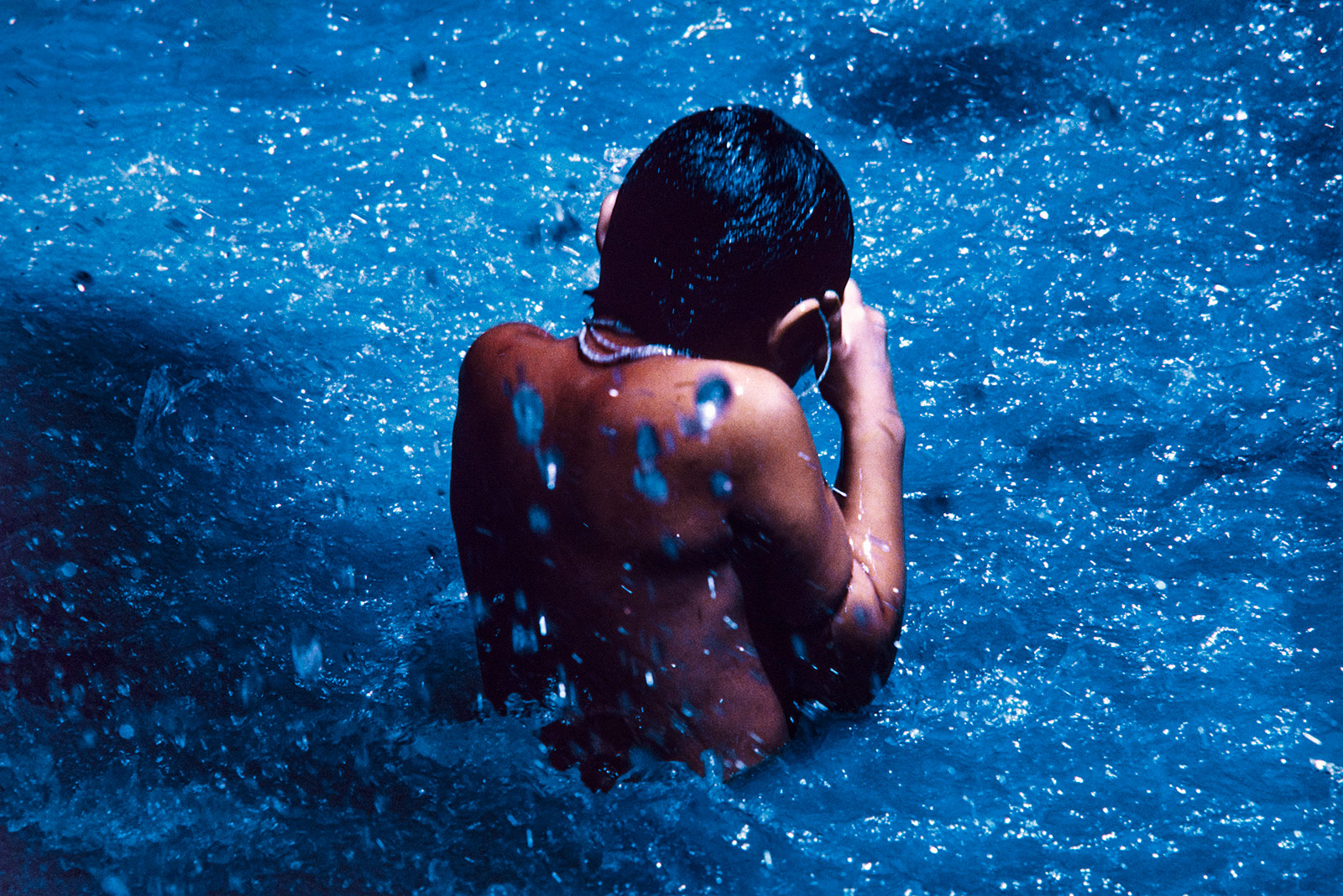 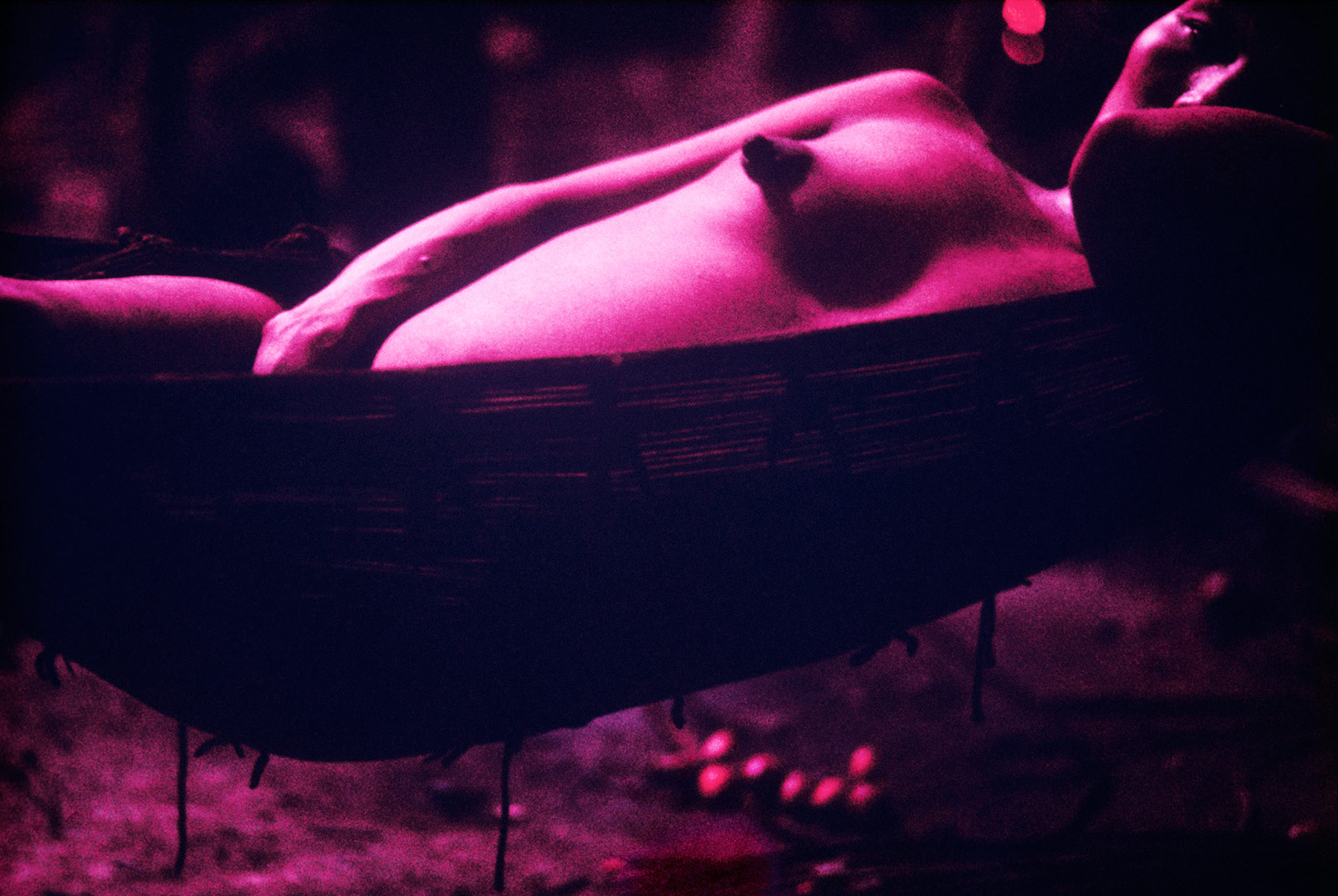 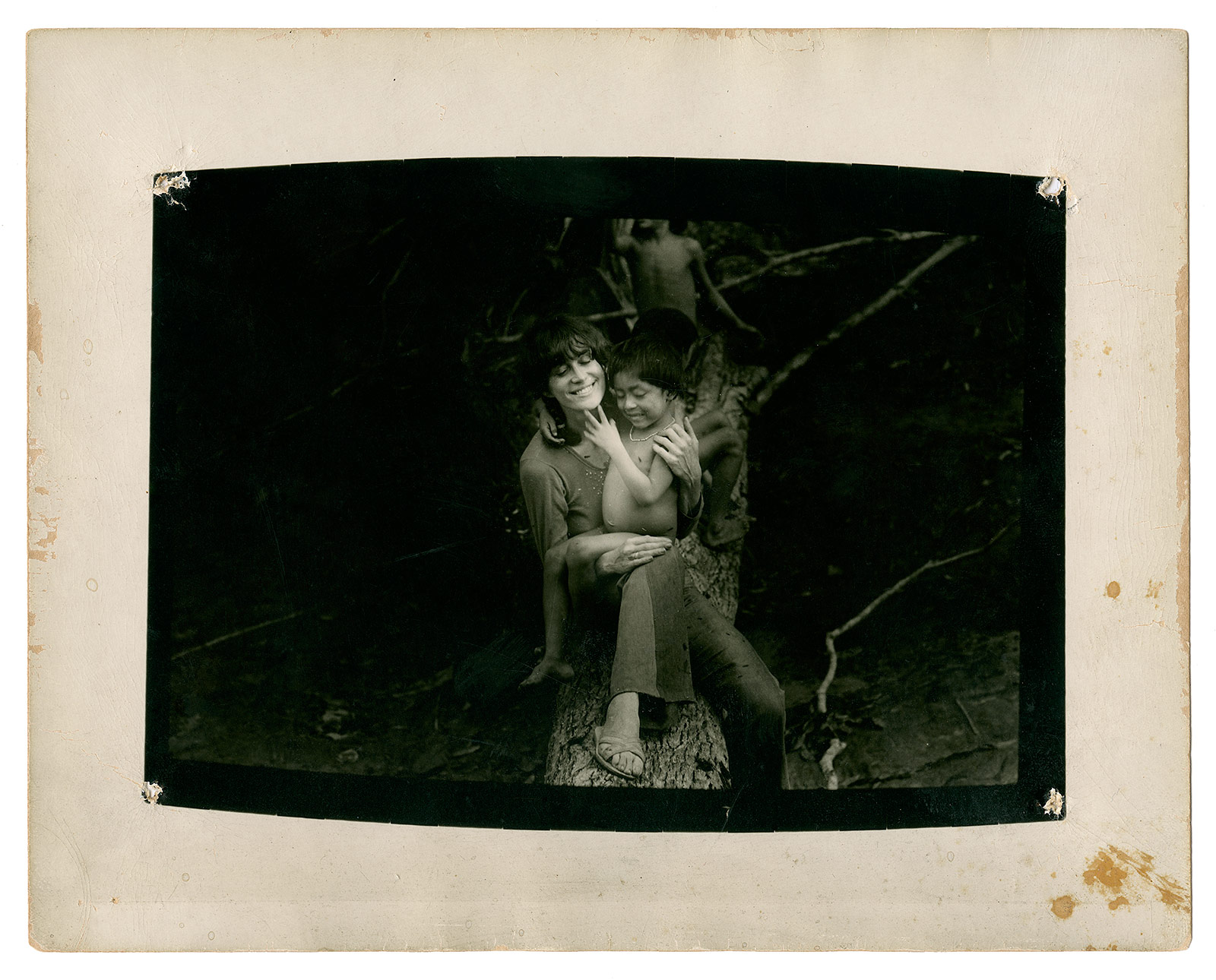