Objects mean more to us than ever before, they shape our daily existence and the spaces we inhabit. Artist Chris Fallon considers the human compulsion to amass objects in his latest exhibition Irresistible Deception. The exhibit runs at CULT Aimee Friberg in San Francisco until December 11, by subverting the traditions of portraiture and creates a new domestic space.
The practice of collecting is central to our everyday existence and in Irresistible Deception. We collect objects and display them in our homes to assert wealth, intelligence and identity. Collecting can be a sentimental, aesthetic or mindless pursuit. Fallon employs recognisable symbols of American culture to explore collecting through a United States domestic perspective.

In the exhibit figures with a loose human form fade into the background alongside objects including figurines, books and kitchen paper. Human figures have an abstract two-dimensional form in Fallon’s work whilst inanimate objects are detailed with realist precision. Irresistible Deception illustrates that objects have come to shape our existence; we live through our possessions.

This exhibit subverts the gender norms espoused by US media outlets and typical of a domestic scene. The characters depicted are non-binary, floating between femininity and masculinity. It is humorous, timely and uncanny. Fallon invites us into his domestic fantasy and speaks to the current social environment. We are equally unsettled and entertained by this display of rampant consumerism.
Irresistible Deception is on display at CULT, San Francisco until December 11. 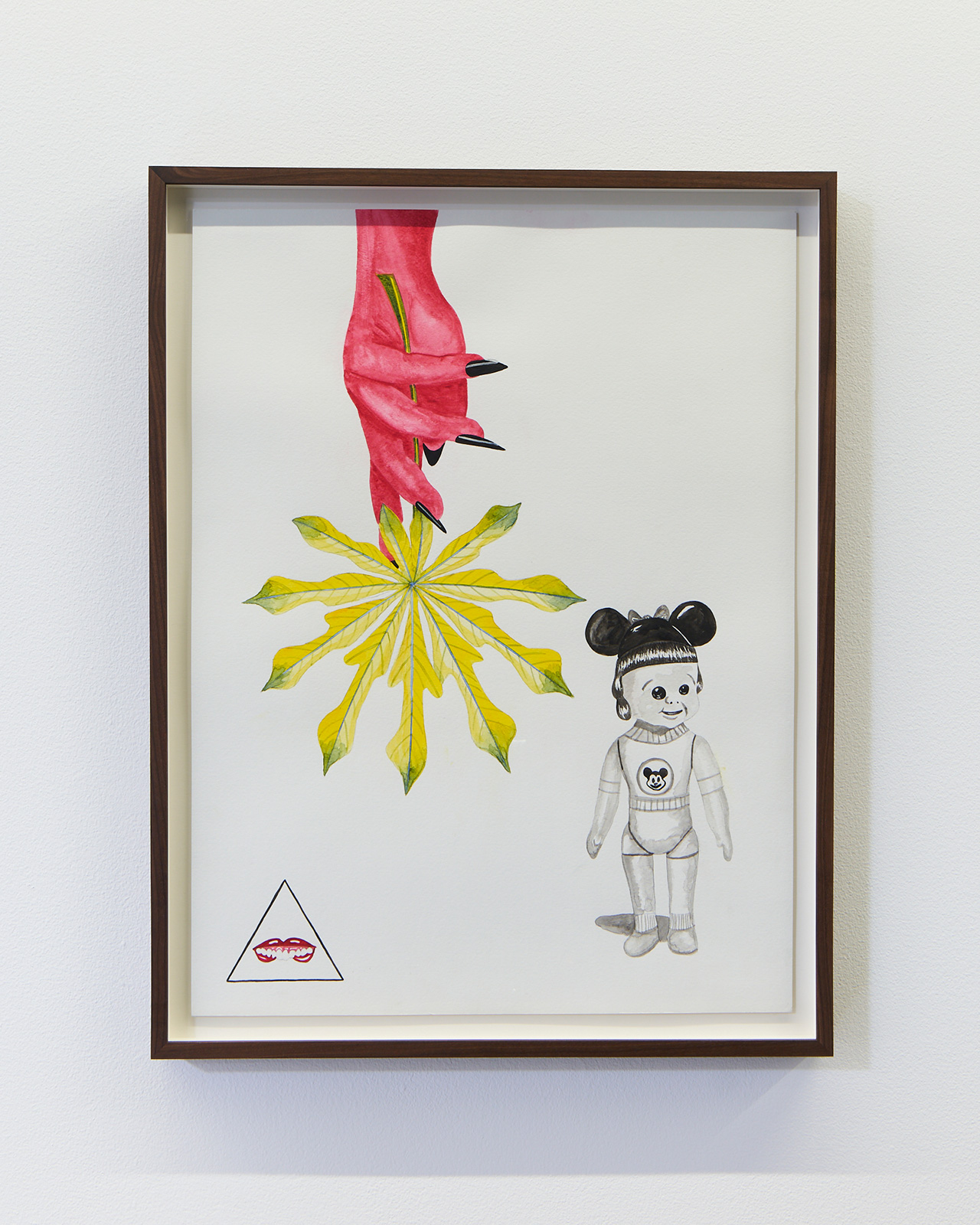 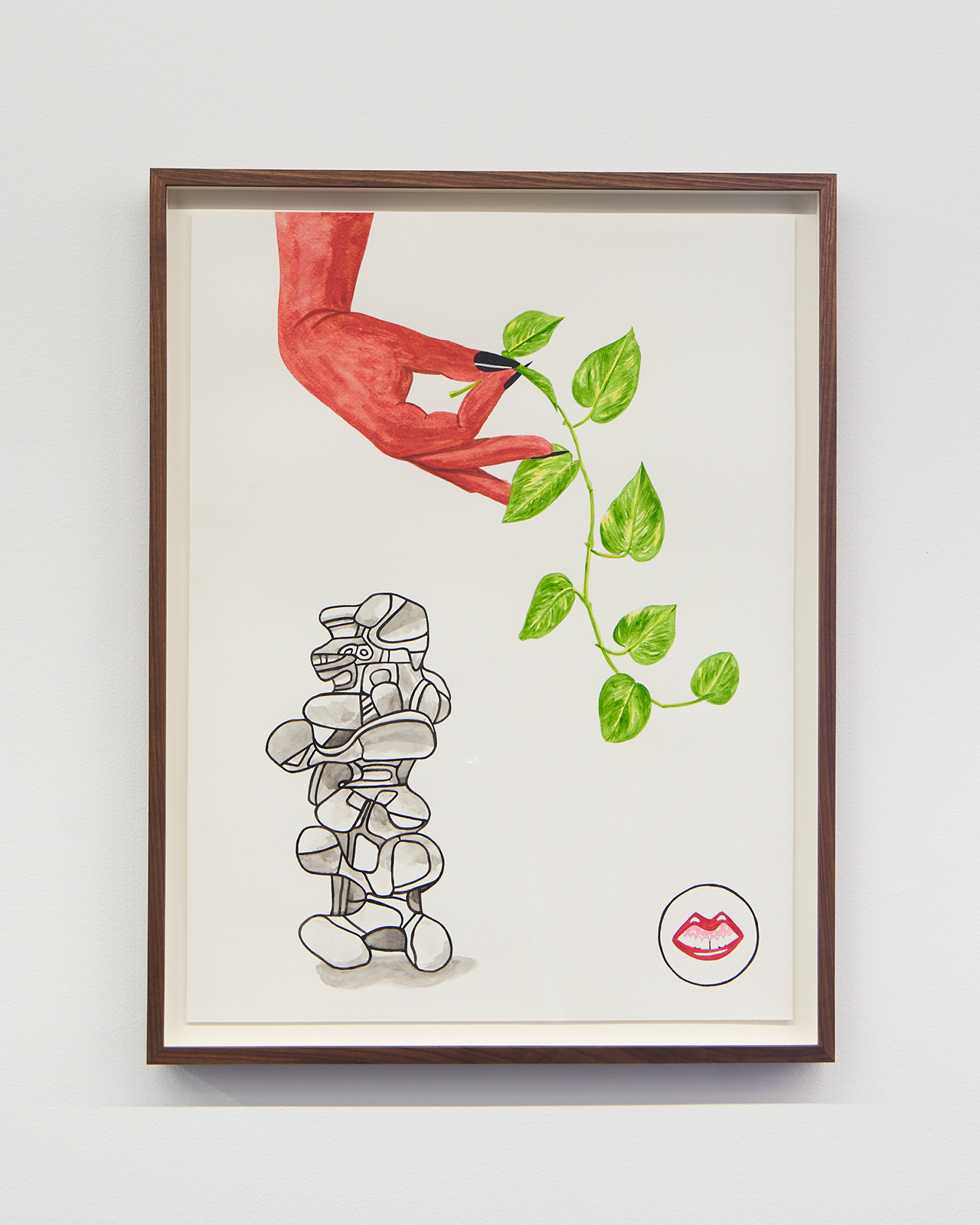 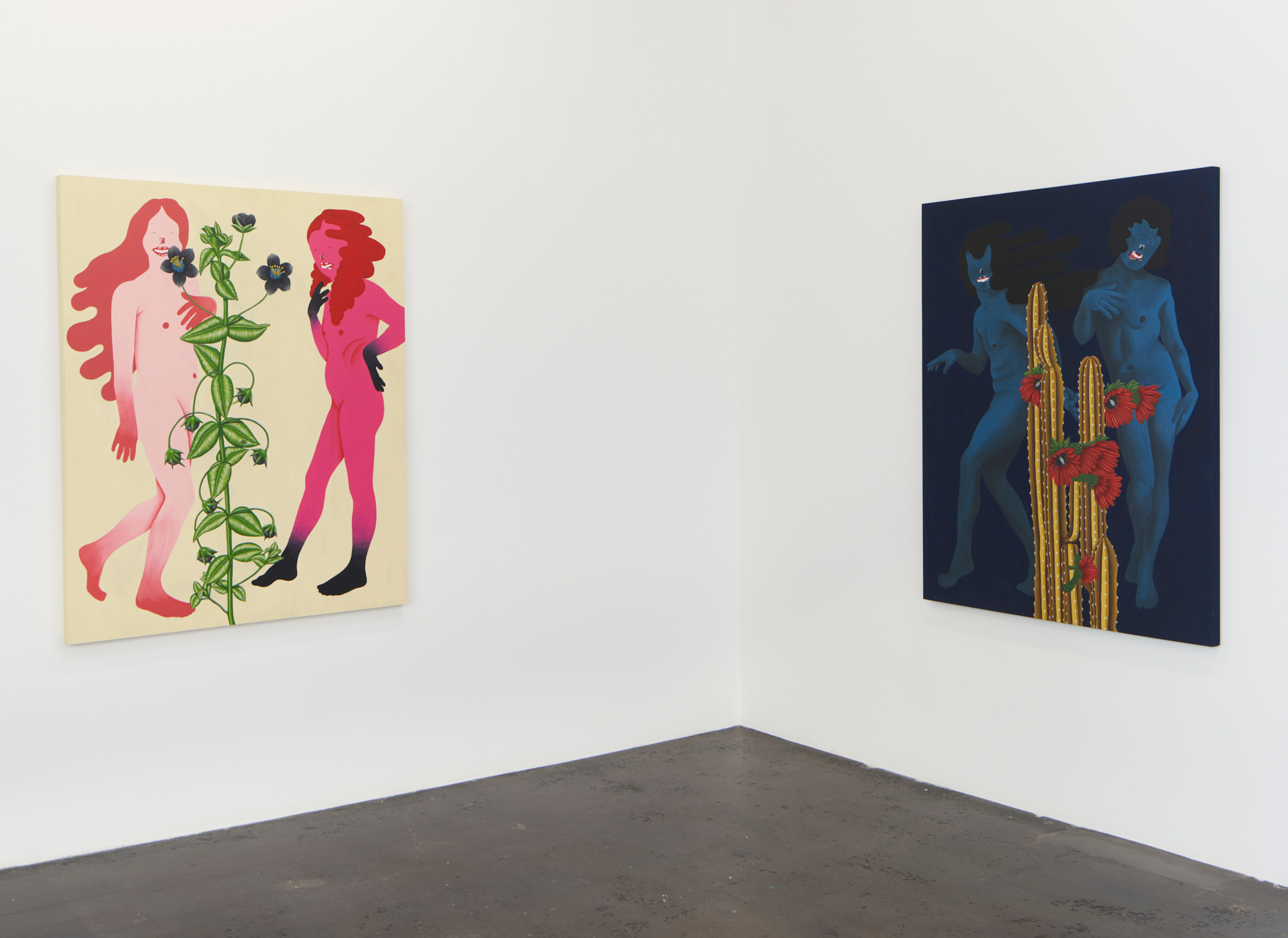 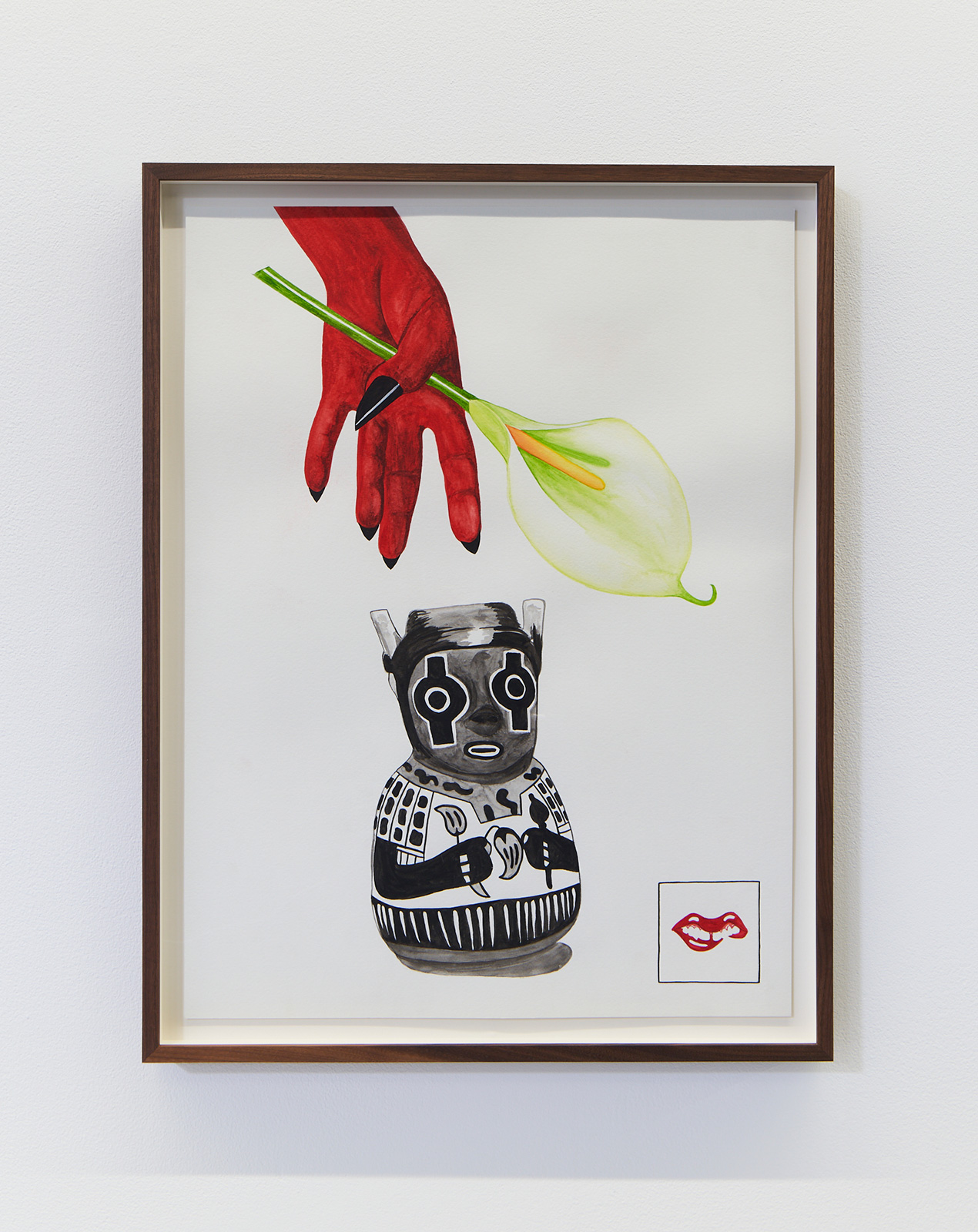 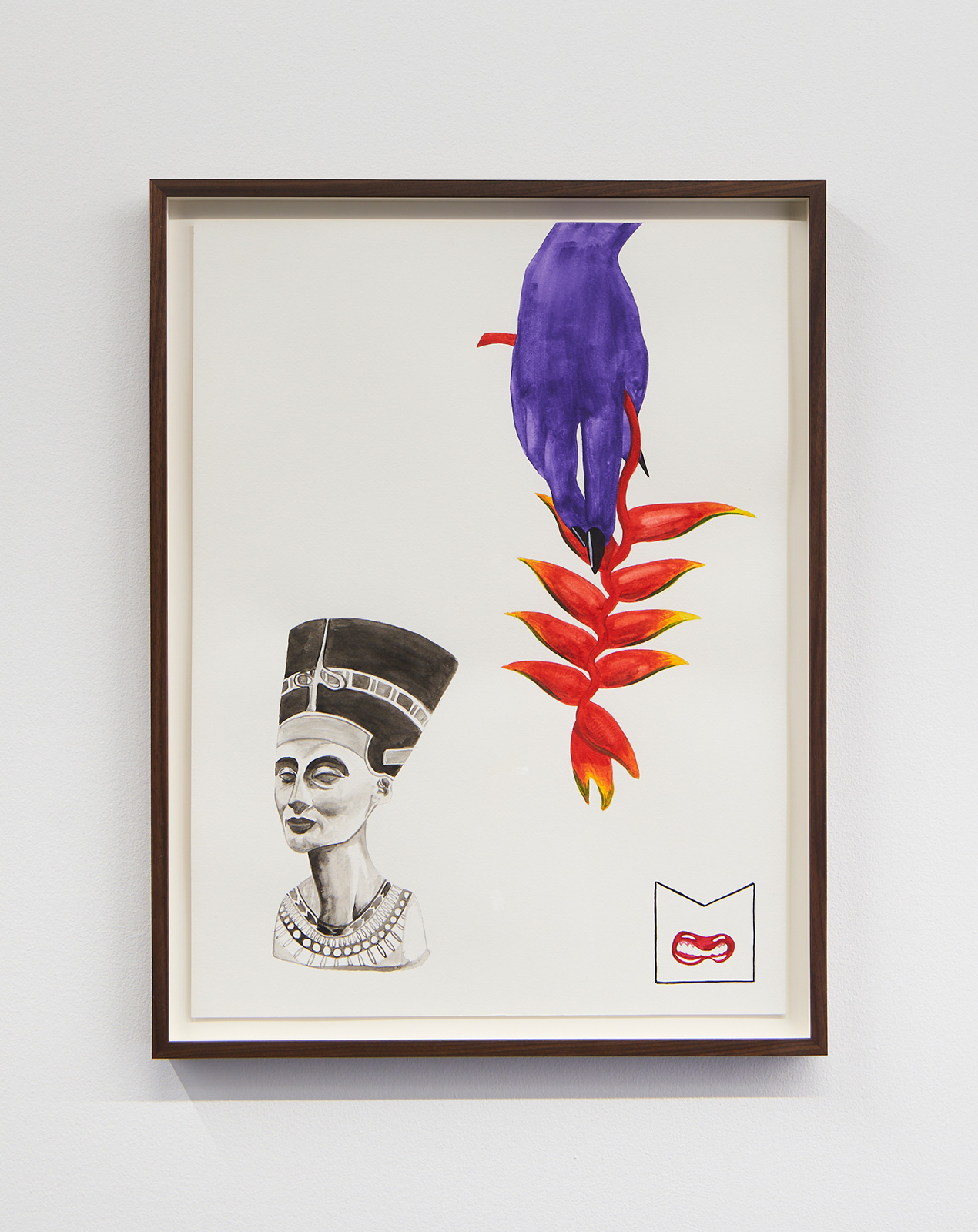