Oscillation between seduction and repulsion 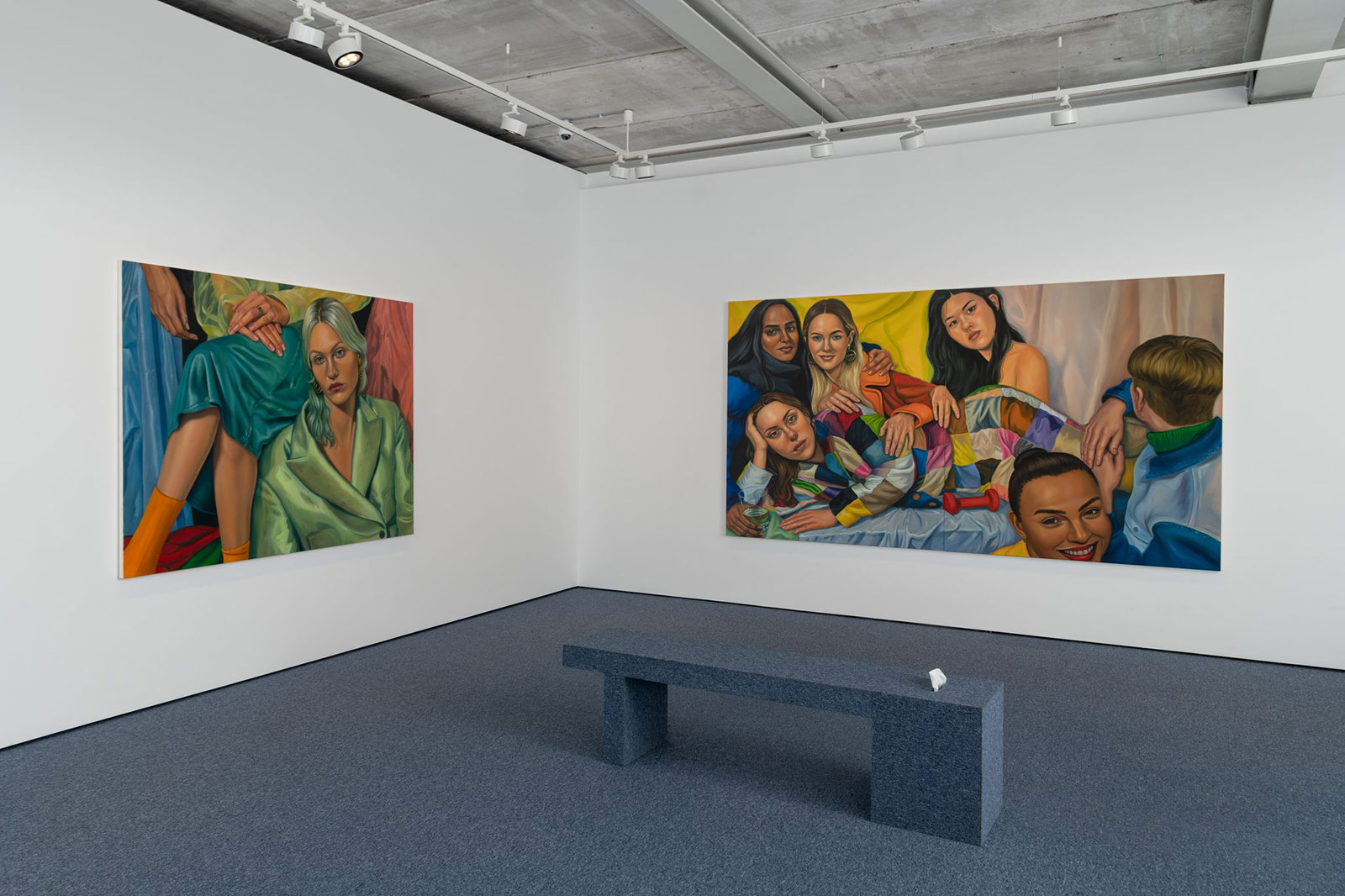 From sculpture and oil painting, to video and digital art. Canadian artist Chloe Wise explores the perception of consumerism, overabundance, vanity and all aspects that define modern society in a diverse range of media. This time, Almine Rech is pleased to announce Not That We Don’t, her second solo exhibition for the gallery, but her first in London, which will be on view until May 18.
Chloe Wise is probably best known for her latest collaboration with fashion designer Simon Porte Jacquemus, who commissioned an actual painting for his spring 2019 campaign, or for her Bread Bags series, a set of sculptures that mix oil paint with materials such as leather and urethane, reinterpreting iconic models of bags in the form of food.

In her solo exhibition Not That We Don’t, Chloe continues her exploration into portraiture, focusing on the concept of ‘self’ and ending up in the depiction of assumed dynamics that maintain the vital and voluntary social rituals, allowing for apparently fluid existence in society. Paying particular attention to the interlacing of consumption and image making, the New York-based artist examines the multiple approaches that lead to the construction of a ‘self’ while following her usual touch of self-deprecating humour and close reflection of contemporary culture. Wise’s sitters are framed alongside diverse recognizable goods, codifying their contemporaneity.

In her body of work, she tends to relate the female form – and its often-sexualized portrayal within art history – to the consumption of food, which tends to be advertised in a sensual way that Wise labels as totally comedic. “On the level of art history, the female nude is a very, very common theme where you’d see (…) paintings of women the same way that you see paintings of still lives with bowls of fruits or paintings of family heirlooms or jewels. They’re all kind of representations of things that denote luxury or wealth or abundance”, Chloe told Vogue in an interview.

In Not That We Don’t, Wise’s portraits continue along this theme; consumption goods and sexualized bodies become one and the same. The image of feminised bodies is used to project the ways in which commercialisation ultimately settles on this recurrent signifier. Wise looks to the consumptive habits built around digital and consumer culture with parody and sarcasm. A fresh millennial but clever approach to art.
The exhibition Not That We Don’t, by Chloe Wise, will be on view until May 18 at Almine Rech, Broadbent House, Grosvenor Hill, London. 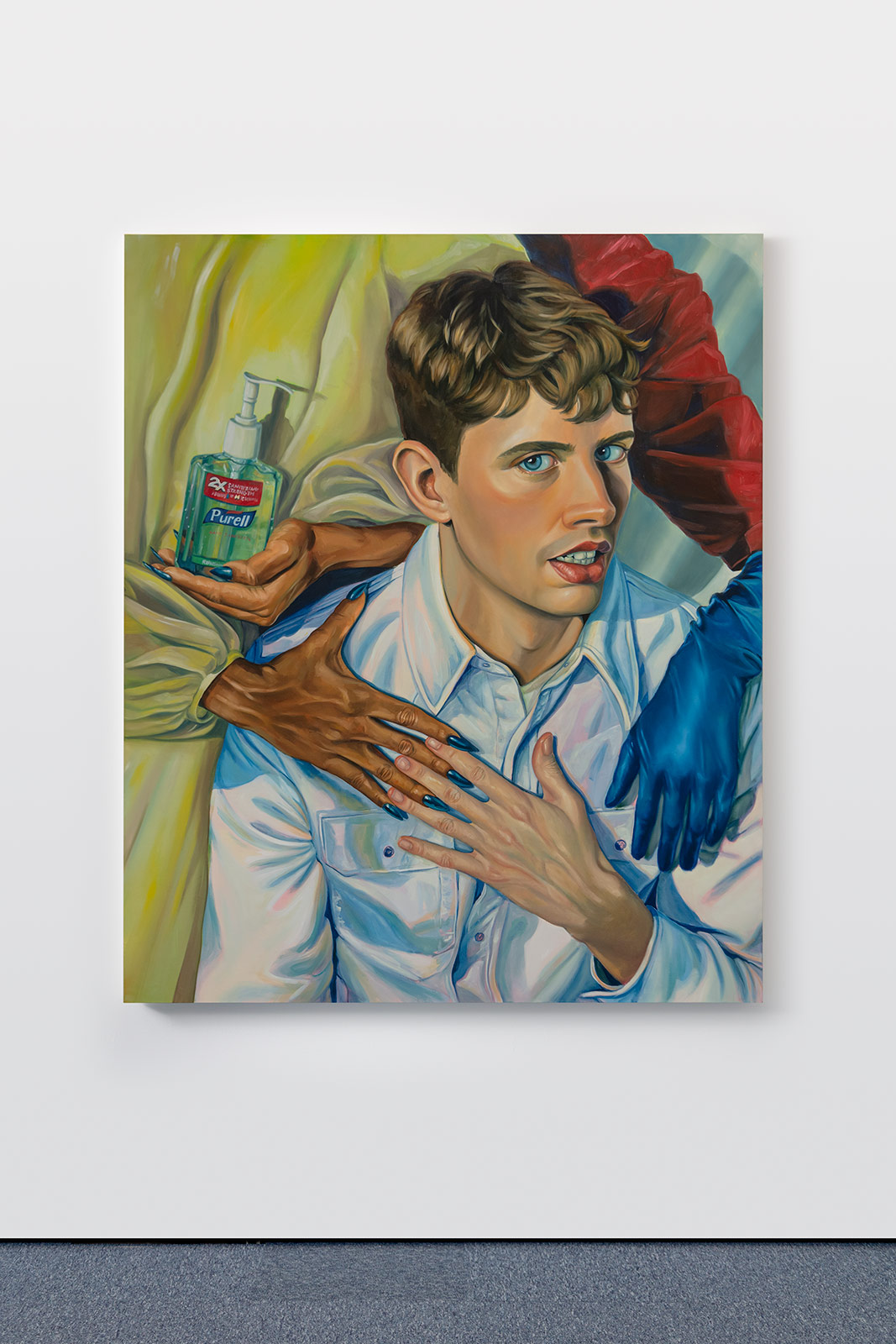 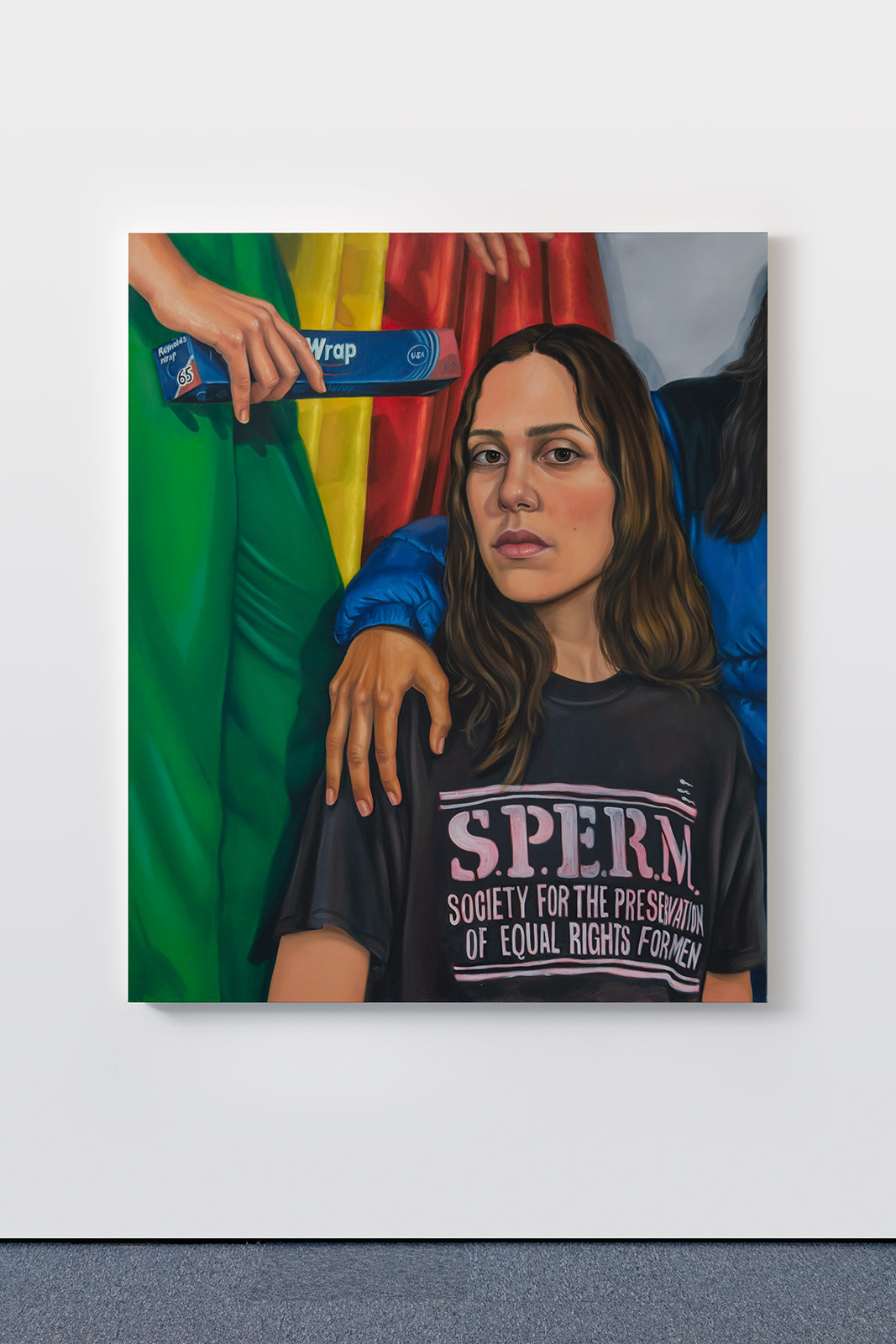 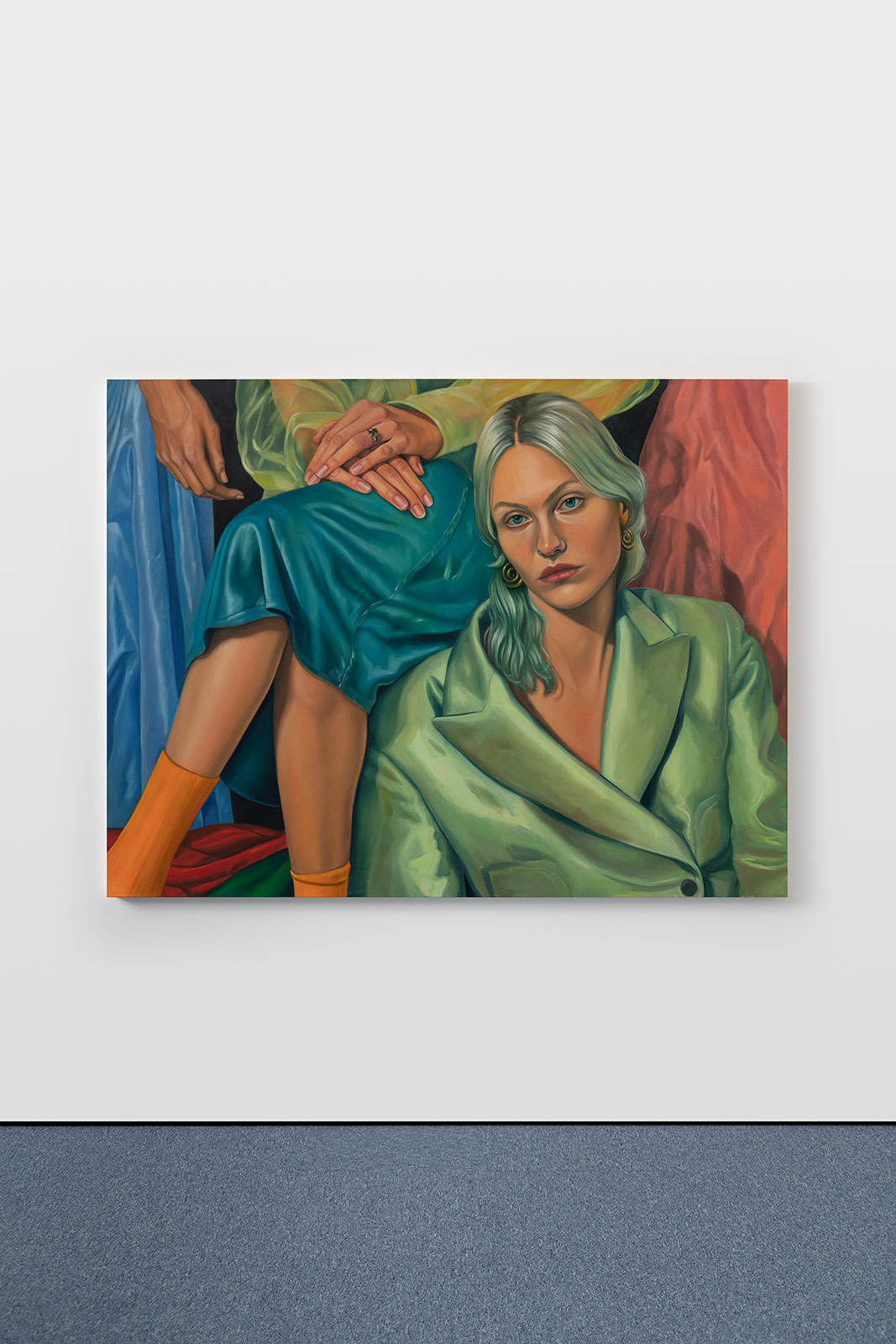 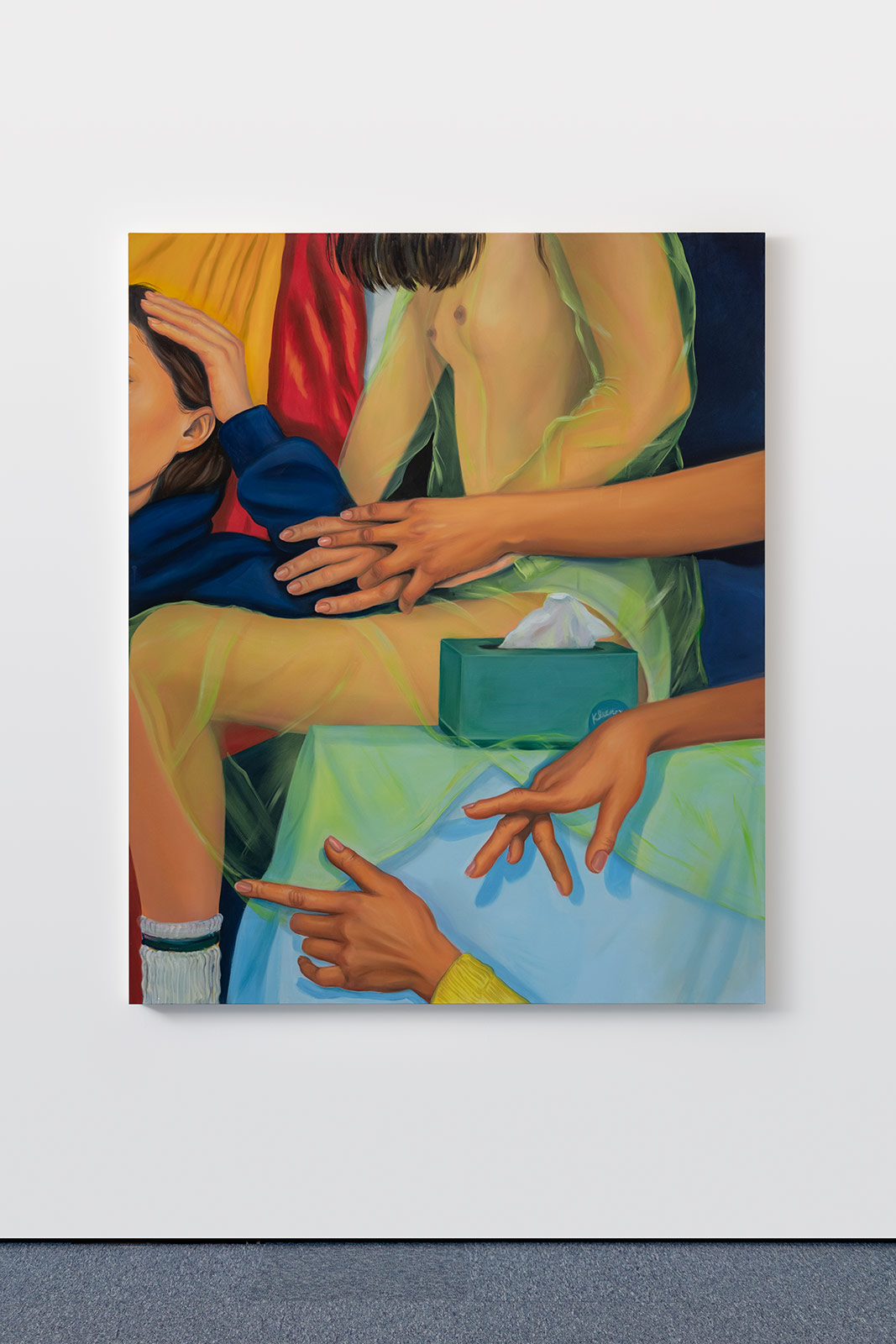 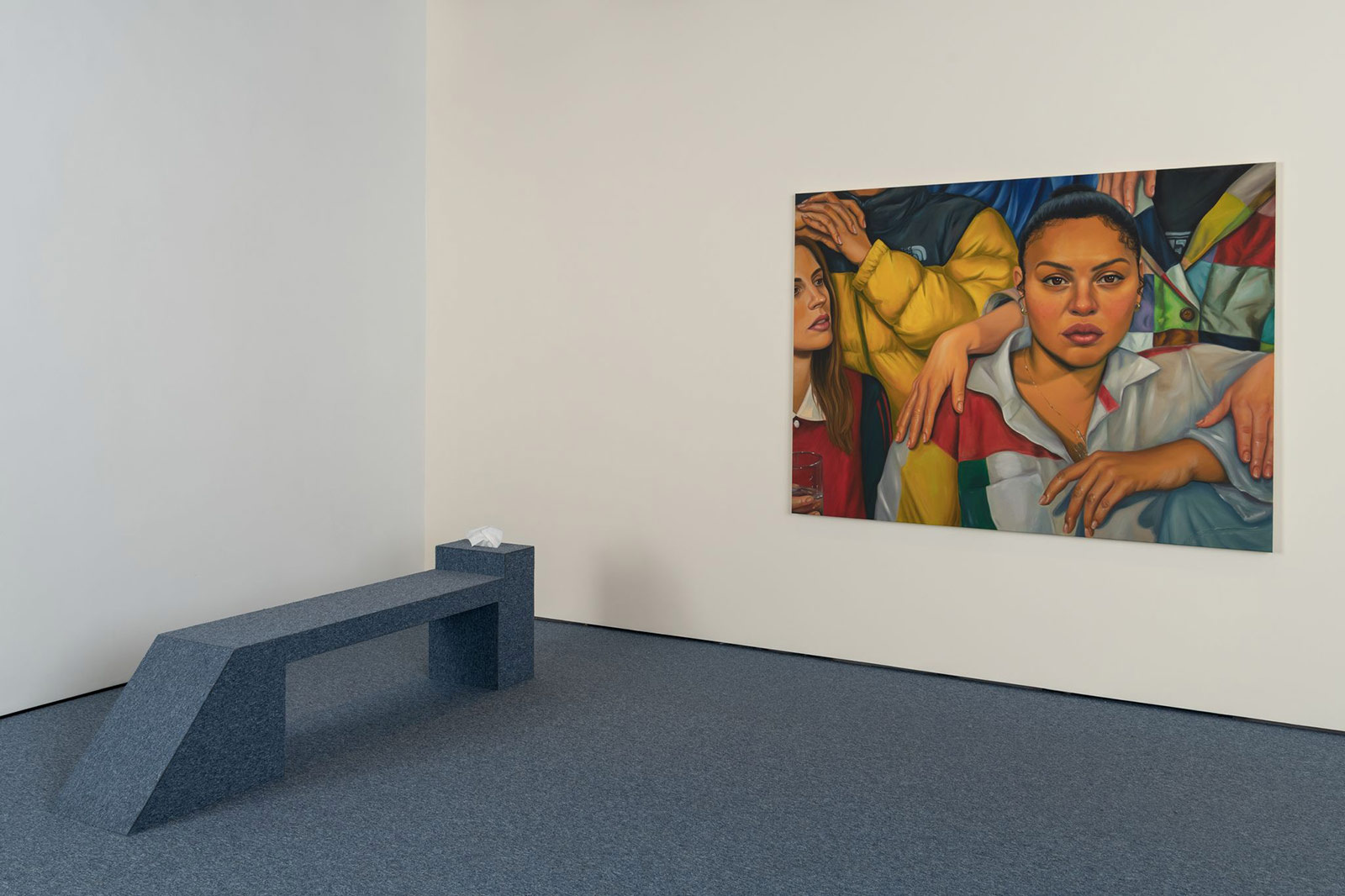 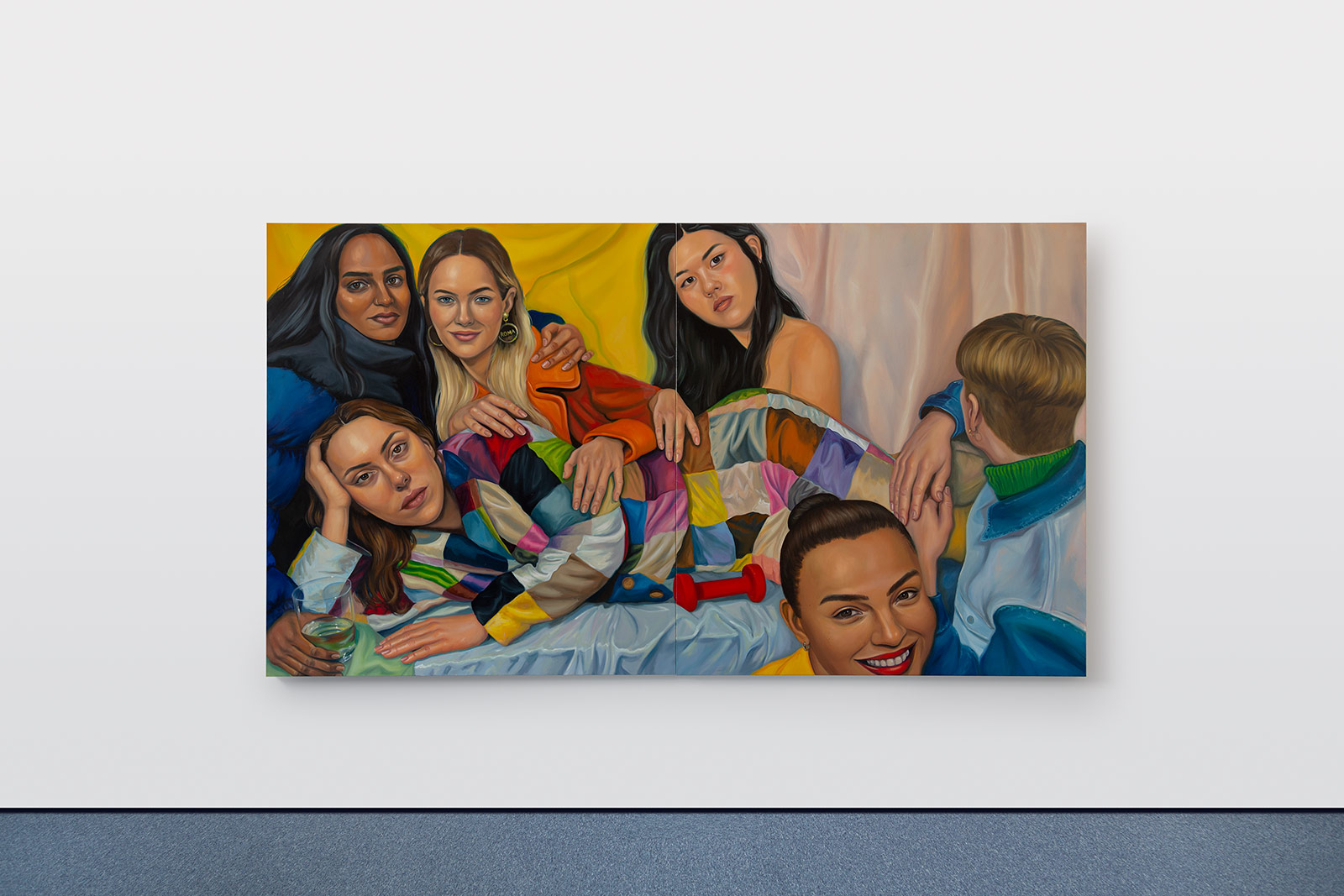 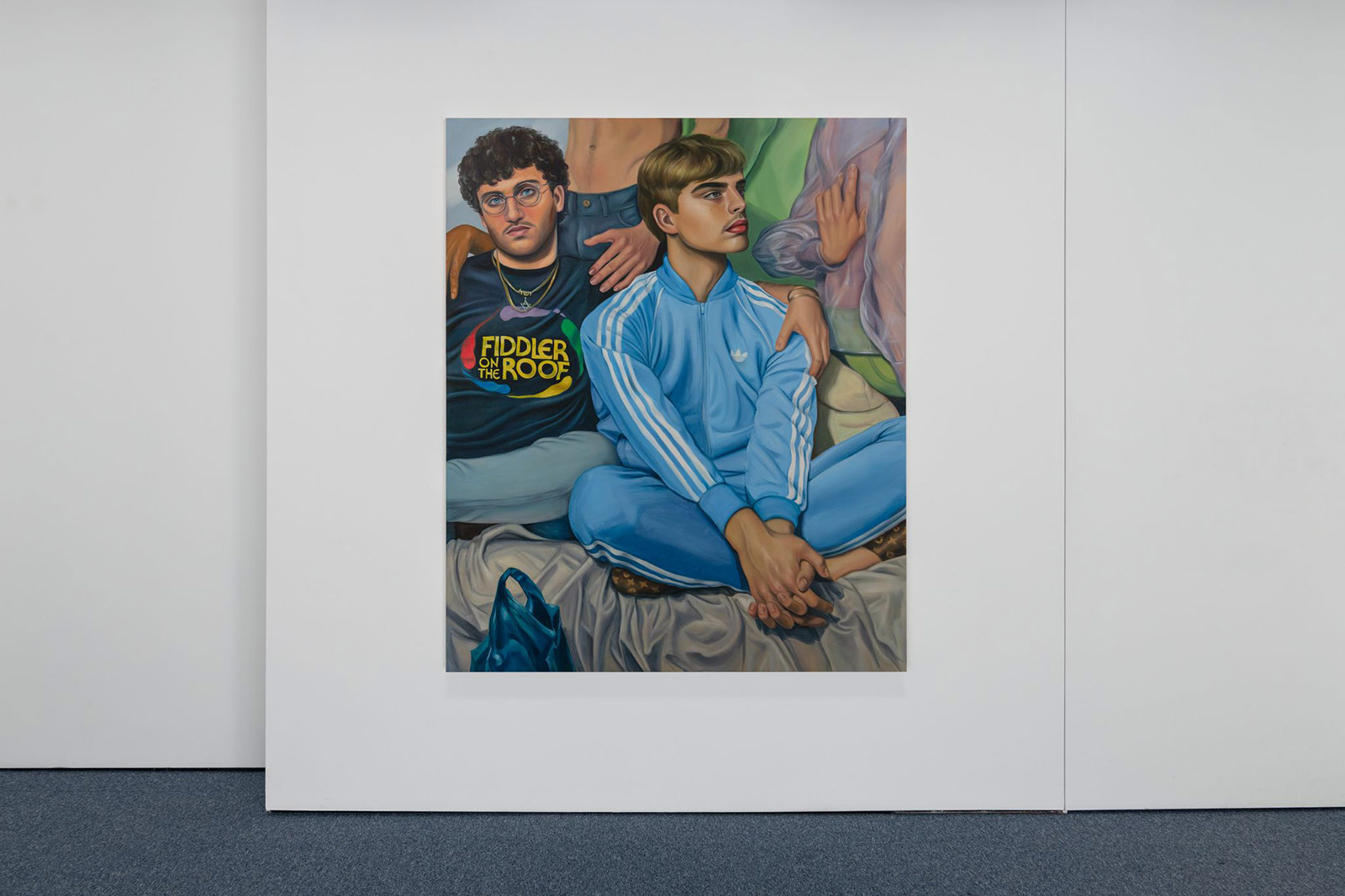