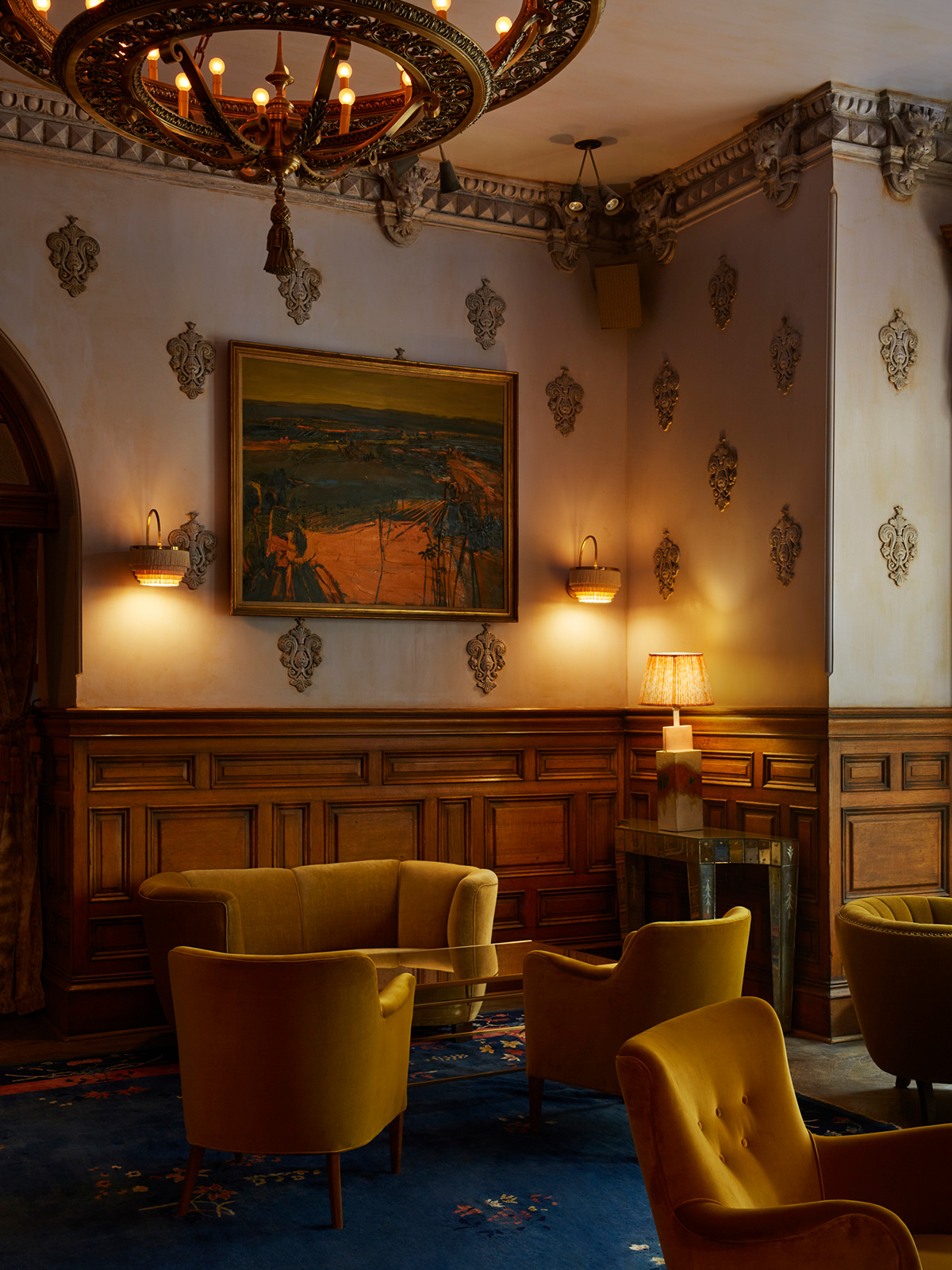 From infamous reputation to legendary status, rock-star-friendly Chelsea Hotel on West 23rd St. in New York City – a 12-storey 19th-century Victorian Gothic property and former home of the most influential writers and poets, actors, punk rockers and bohemian icons – has legends galore. After a dreary restoration over 11 years, last spring it re-opened its grand doors. Furthermore, Dreaming Walls, a documentary about the tension between the hotel’s past and future comes out later this January. There are quite a few myths haunting the hotel walls, including celebs' love affairs, multiple reports of a ghostly presence, and the death of Sex Pistols bassist Sid Vicious’ girlfriend Nancy Spungen, whose case remains a mystery.
Countless iconic artists wrote some of their most famous work during their stay at the hotel residence. Even during the '90s a 10m2 room was about $500 per month; today that’s the daily rate for a 20m2 Studio Queen room. Jack Kerouac, Dylan Thomas, Mark Twain, Jimmy Hendrix, Janis Joplin, Allen Ginsberg, Thomas Wolf, Andy Warhol, Leonard Cohen, William S. Burroughs, Arthur C. Clarke – the guest list is long. Why did Hotel Chelsea become such a popular hub for artists towards the mid twentieth century? It is a residence hotel: each room was an independent apartment, some had an outside shared bathroom and kitchen and some were fully equipped including laundry facilities, so it was an affordable solution to living in Manhattan especially without the need of so-called referrals or bank loans that long-term property rental requires.

Furthermore, longtime manager, Stanley Bard, who passed away in 2017, was known for his eccentric and charismatic approach making the Chelsea Hotel a unique community where tenants could just wander into whatever party they wanted to. Some tenants, such as Patti Smith, struggling with the monthly expenses offered paintings in lieu of rent, art which today can be seen hanging across the hotel’s halls. The railing of the hotel stairs is one of those characteristic places you have probably seen in some films. Bard pushed the hotel onto film and TV, making it into the mainstream with the '70s TV show An American Family and some lesser known, cult art films from the likes of Andy Warhol and Abel Ferrara. The biopic Sid and Nancy starring Gary Oldman and Chloe Webb was also partly shot in the hotel. 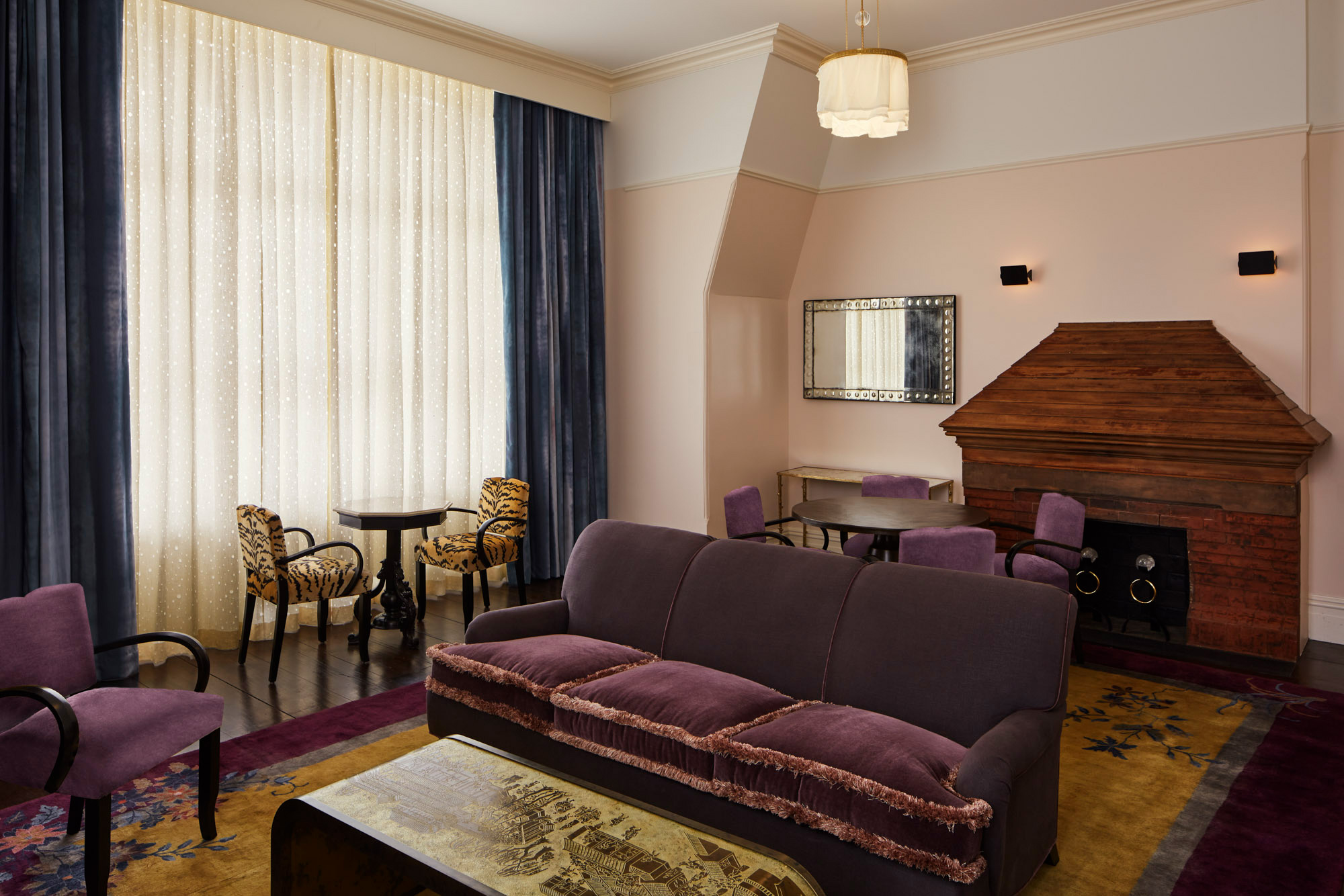 Chelsea closed in 2011. It’s not been easy to turn it into what it is today, having had several different developers during the reconstruction process and been halted by an array of legal procedures from the remaining tenants who have lived in the property for decades who resisted its gentrification. The current owners, Ira Drukier, Richard Born and Sean MacPherson – who bought the hotel in 2016 for $250 million – are well-regarded NYC hoteliers known for other trendy boutique hotels like the Bowery and Ludlow. Thankfully, the hotel was able to open again to the public in spring 2022. It is a soft opening since the 2nd floor installation continues, so not all the rooms are available yet. The hotel includes a gym, spa and an events room downstairs next to the restaurant available for public gathering. Recently, they held an event for the mayor of New York for fundraising and charity auctions. In addition, the elegant Lobby Bar is a sumptuous spot with a first-class cocktail menu, and the restaurant El Quijote, arguably offering the best cuisine from Spain in New York, is the perfect place if you fancy channelling Warhol over some croquetas, chistorra, and Rioja.

The hotel has accommodated practically all the iconic artists from the mid 20th century. We asked the hotel for a record of their guests. Some of the tenants of the hotel include Iggy Pop in room #126, Patti Smith room #204 where she wrote Just Kids, then she moved to room #1017 where she lived with photographer Robert Mapplethorpe in 1969. Brian Jones lived in room #206, Bob Dylan lived in room #211 for a period in 1964 while working on the album, Blonde on Blonde. Tenants Andy Warhol and William S. Burroughs dined together in room #222 as seen in the documentary Arena. After his divorce with Marilyn Monroe, playwright Arthur Miller lived with his daughter, Rebecca Miller – wife of Daniel Day Lewis – in room #614. Leonard Cohen lived in room #424 who, while staying in this room, apparently had an affair with Janis Joplin who was just down the hall (the tryst allegedly took place in her room). Jimmy Hendrix lived in room #430, Jerry Garcia in room #620, Jim Morrison in room #722, Jackson Pollock in room #902. Arthur C. Clarke wrote 2001: A Space Odyssey at the Chelsea too. 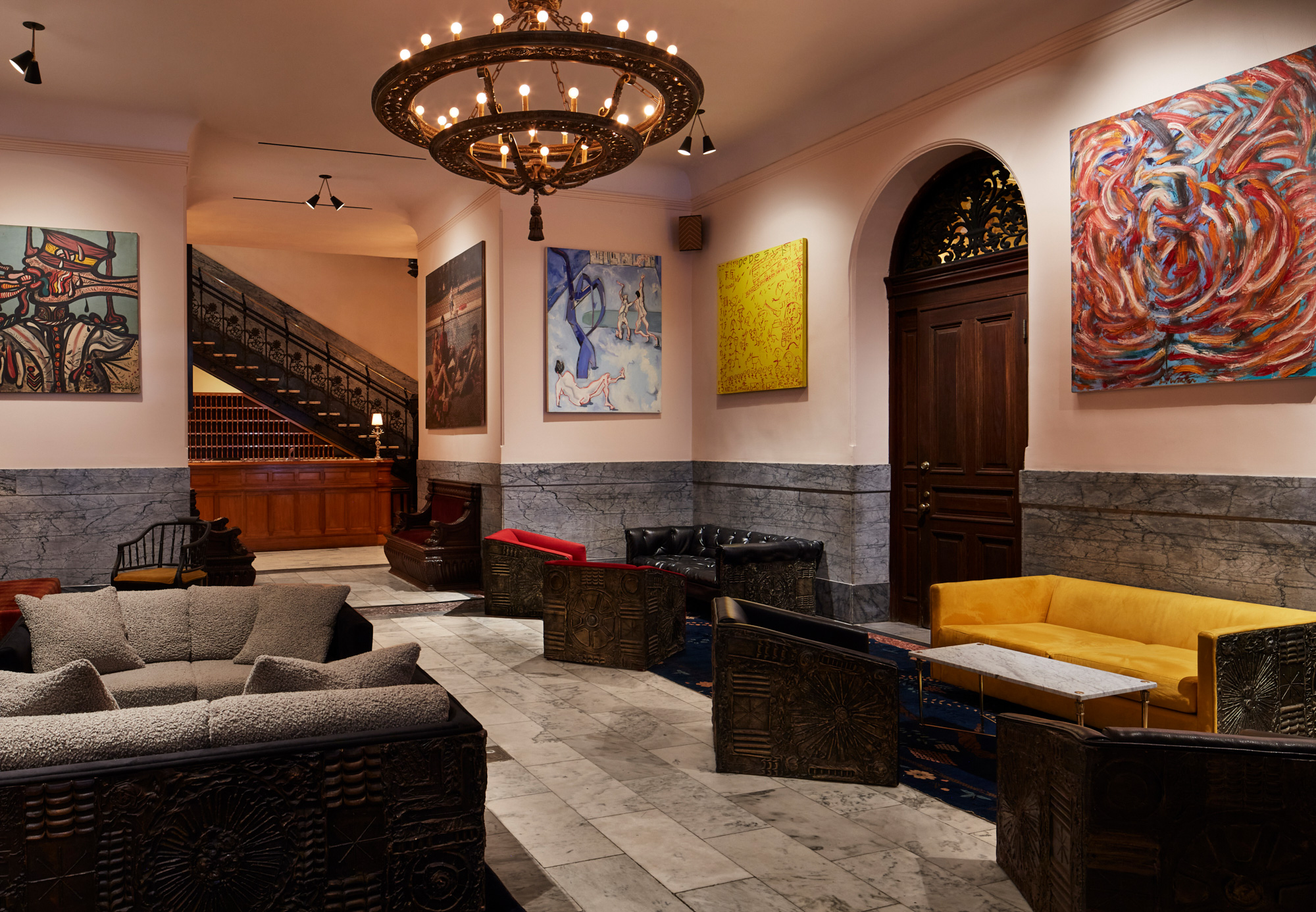 But the hotel’s history also has a darker side. The Sid Vicious and Nancy Spungen event is probably the most infamous story at the hotel. They resided in room #100. Apparently Stanley Brad split the actual room into two to avoid making it a shrine becoming rooms 1E and 1F. The actual stabbing seems to have taken place in 1F’s bathroom. Sid Vicious overdosed a few months after the murder on October 12, 1978. Several guests have claimed to have run-ins with the ghosts of Sid and Nancy, as well as hearing loud arguments between them while staying in the room. Actress Edie Sedgwick used to live in #105; she moved here after setting her original room on fire. Her new room was above the lobby and staff wanted to keep a close eye on her, angry about her fire-starting antics. Warhol filmed her in 1965 in the short The Chelsea Girls.

Today the hotel offers two hundred and fifty rooms, although new long-term residents are no longer accepted. Only about forty former tenants who lived there before the change of policy stay at the hotel who luckily preserve the former rent deal for just above $1000 per month, an absolute steal considering the current cost of living in  New York. The longest tenant has lived in the hotel for 51 years. 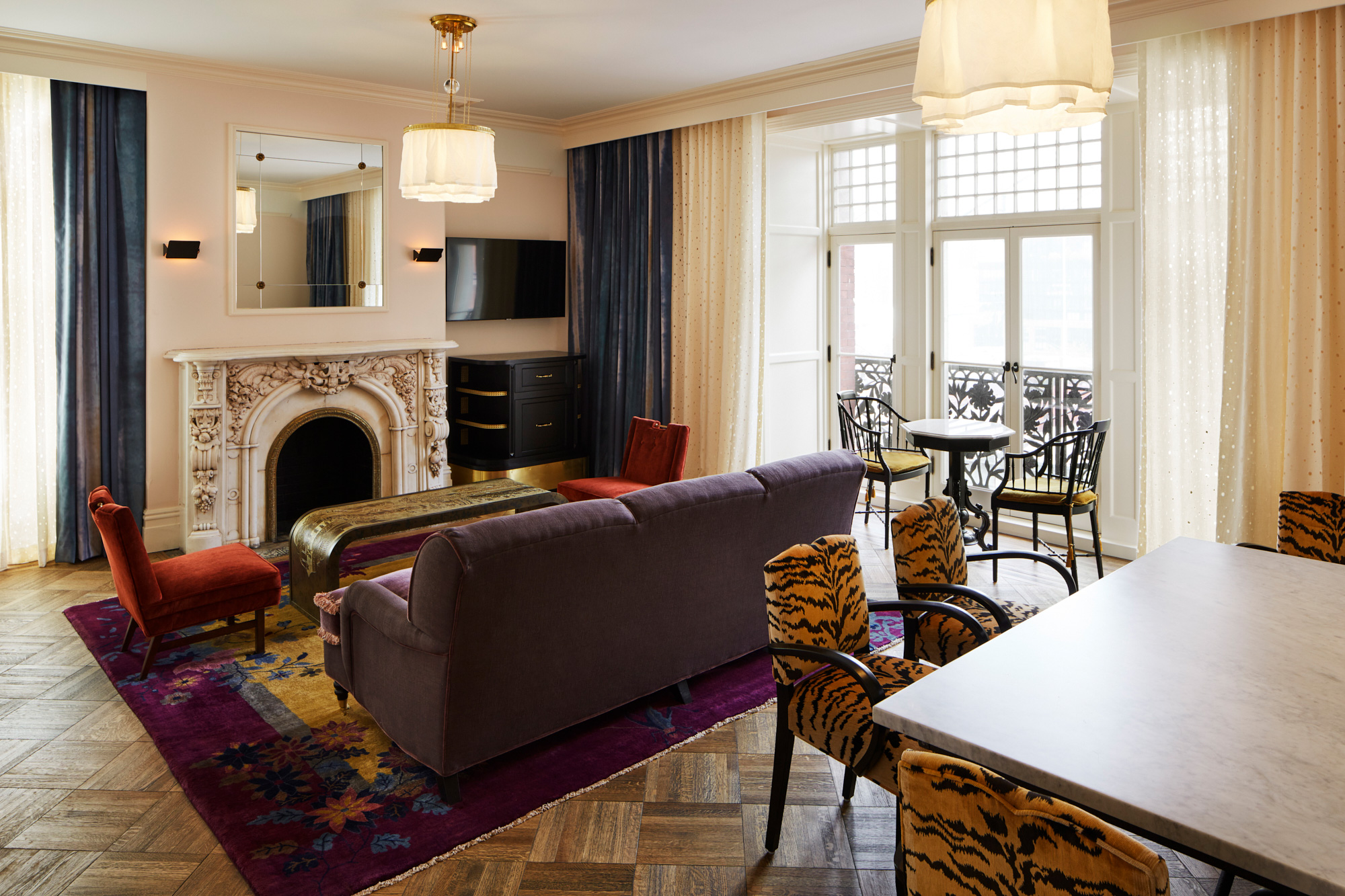 Very kindly we were invited to visit one of the most luxurious suites of the hotel, the deluxe two bedroom pied-à-terre. This is a stunning 150m2+ apartment with two king-size beds, completely furnished and crafted to the last detail... The décor is lush, with leopard print and velvet textures and wallpaper inspired by the original motif in the hotel’s former reception of a naked woman on a swing, which has become the emblem of the hotel’s new trademark. The room faces the south New York downtown skyline, apparently the most popular view but there are balconies in the north facing rooms too. Despite the old-world elegance and retro design, the room has all the modcons: fully dimmable lights and automatic blinds. For about $3500 a night it can be all yours. But hey, don’t lose hope, a standard room starts at about $250 per night.

Although newly branded, the nostalgia and the cult inevitably still permeates. Restoration has conserved much of the hotel’s original features, especially the iconic entrance lobby, including a hundred-year-old bench, wrought-iron spiral staircase and the elevator. New York has inevitably changed, according to the Worldwide Cost of Living Index, it is second only to Singapore, hence the idea of the struggling artist living in Manhattan is dead in the water – even though a lucky few still cling on. The hotel may no longer serve as a bohemian hub and convenient solution for skint tenants to make it in lower Manhattan in the company of Jim Morrison and Arthur Miller. But who knows, despite rooms being $300-$3000 a day, maybe the next groundbreaking social media app or Netflix blockbuster is being conceived here as you read this, that’s the world we live in today – but it is exceptional that the hotel pays tribute to its past and carries on its cultural legacy. 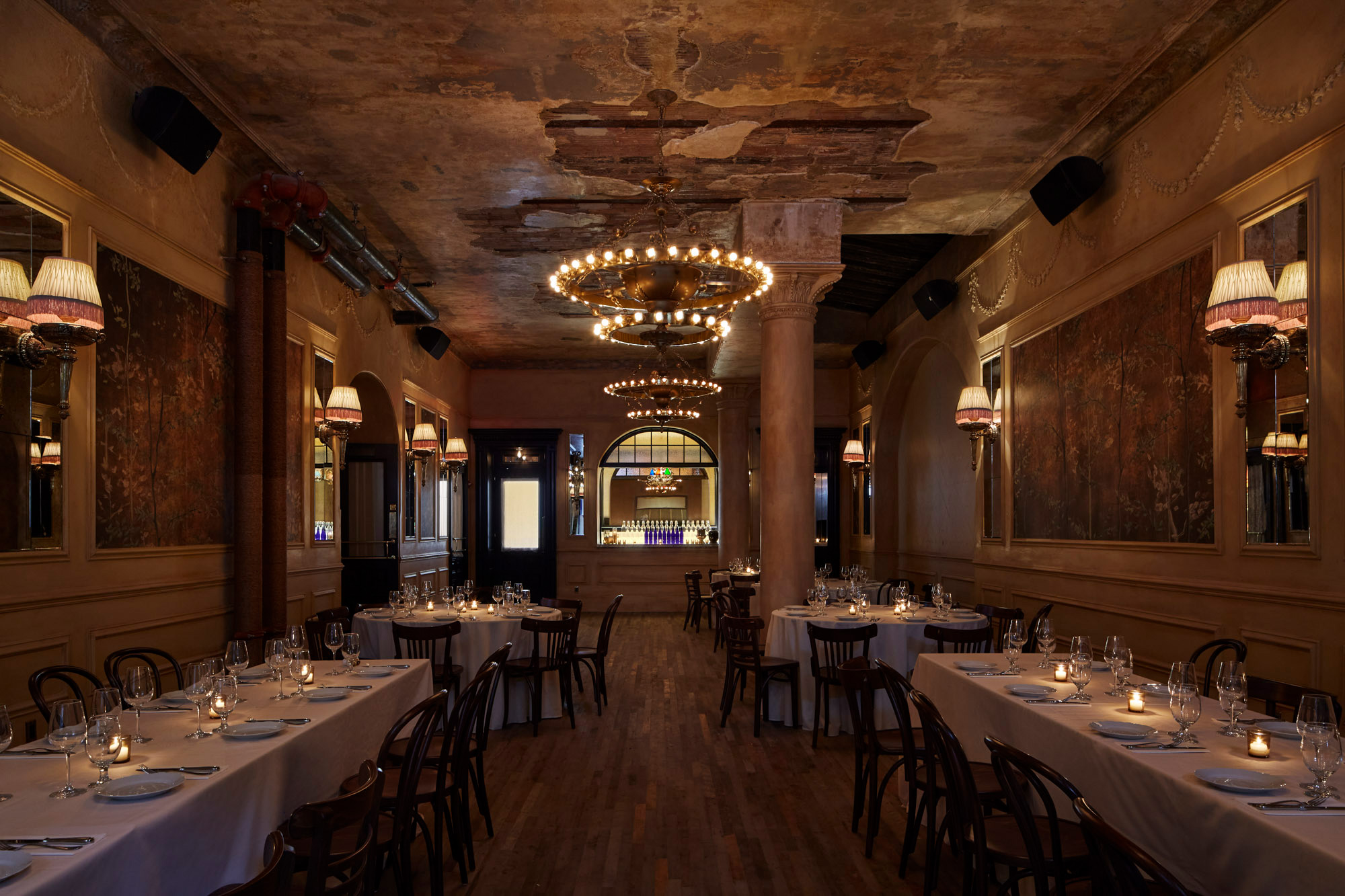 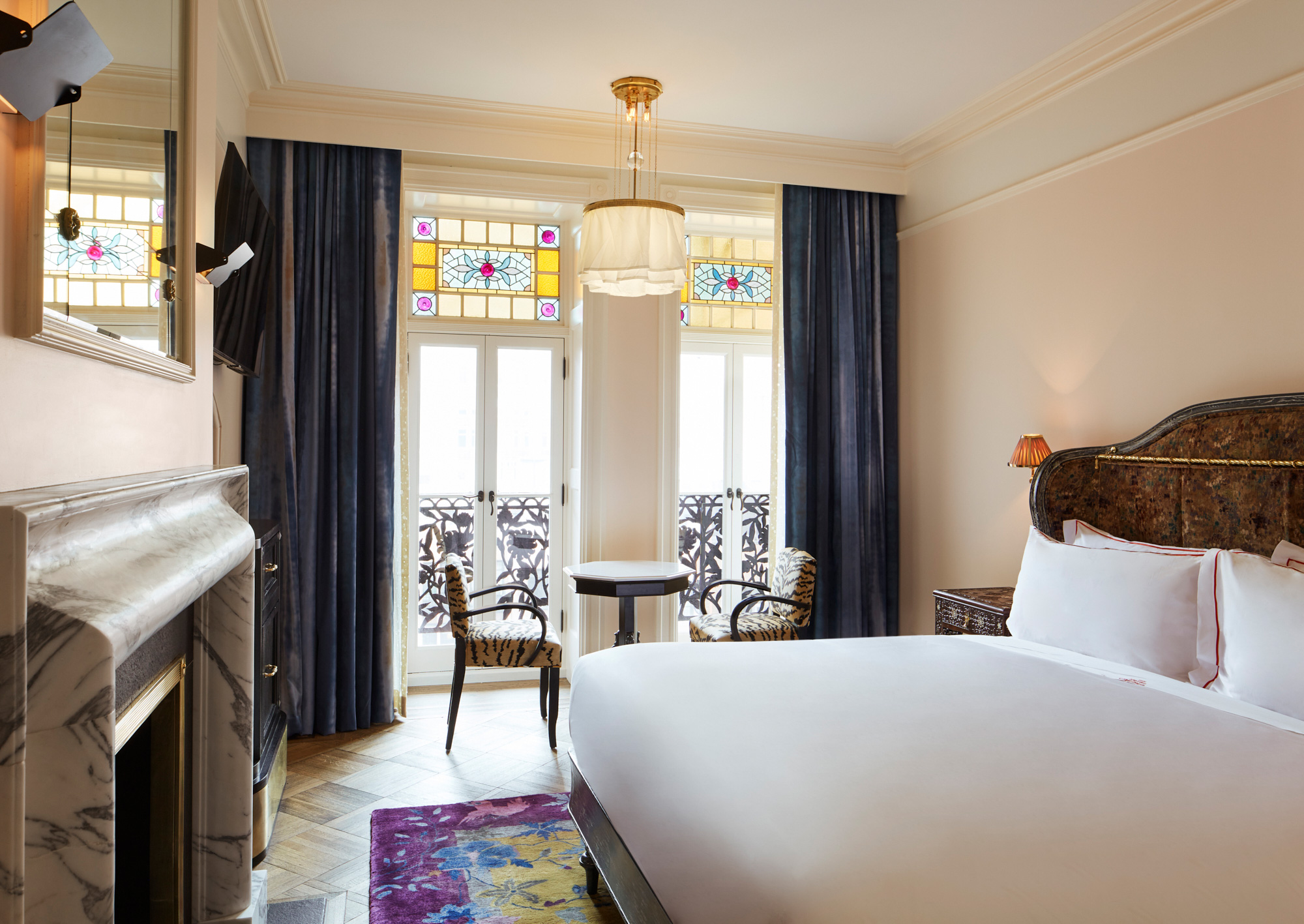 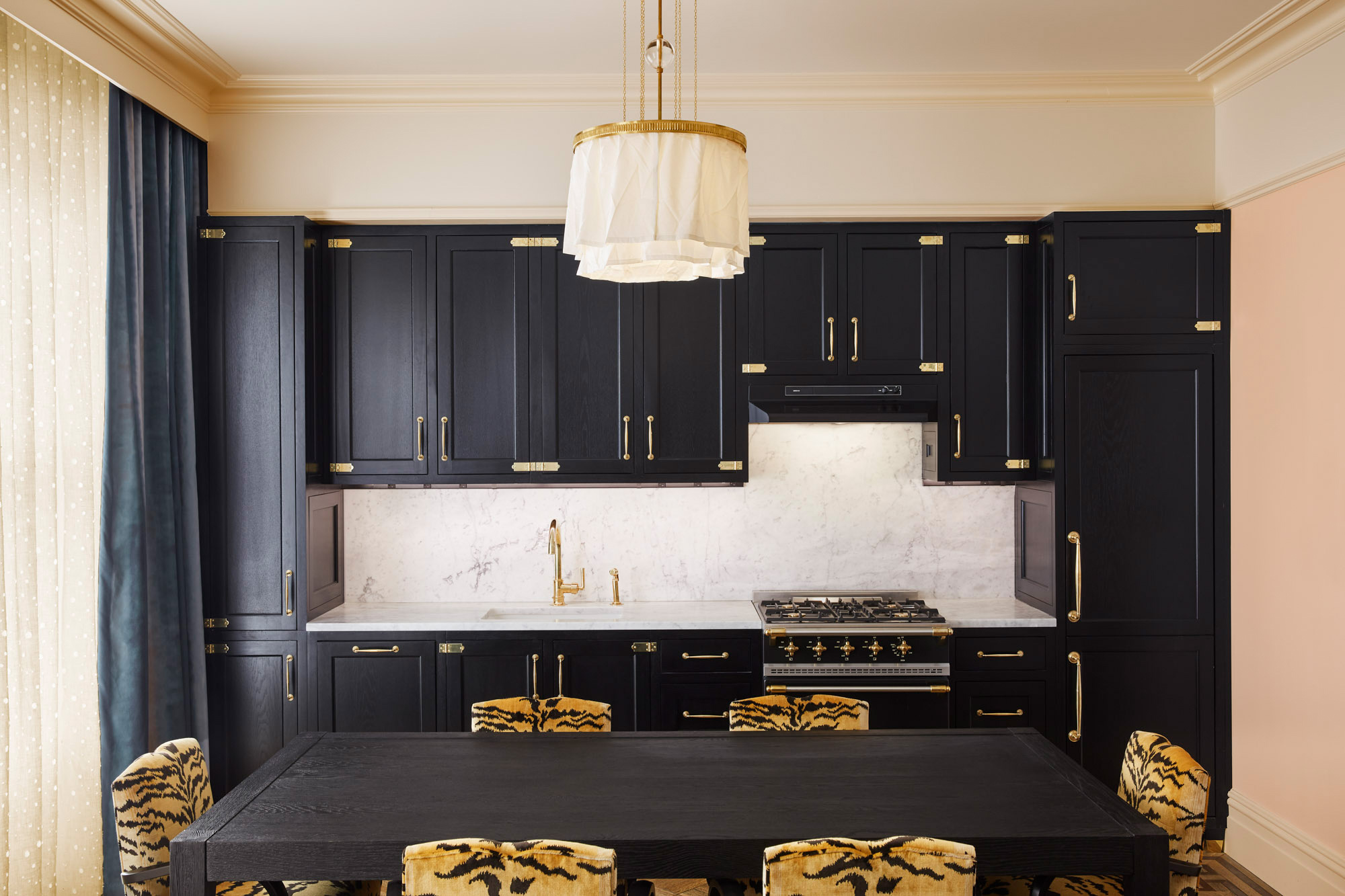 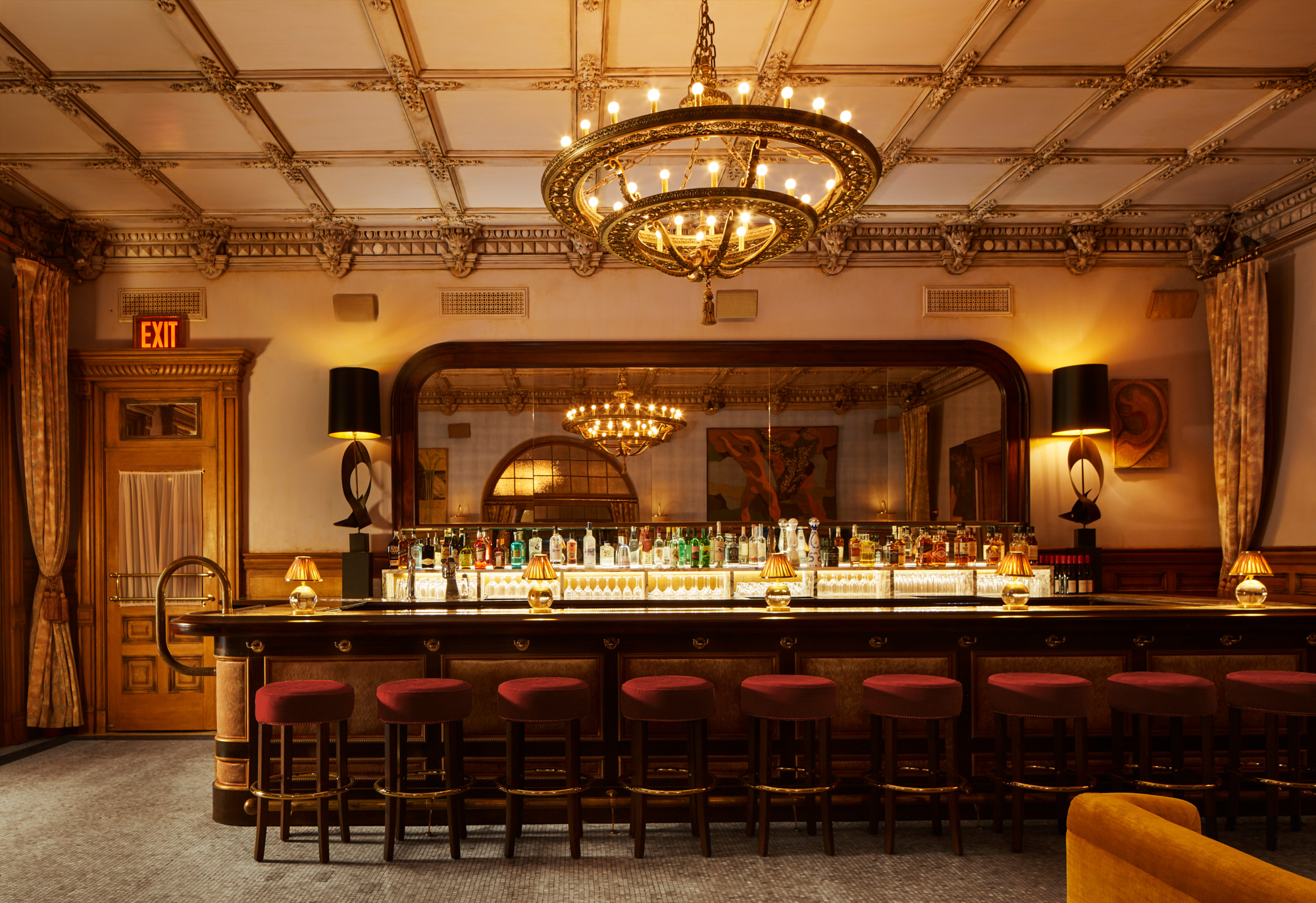 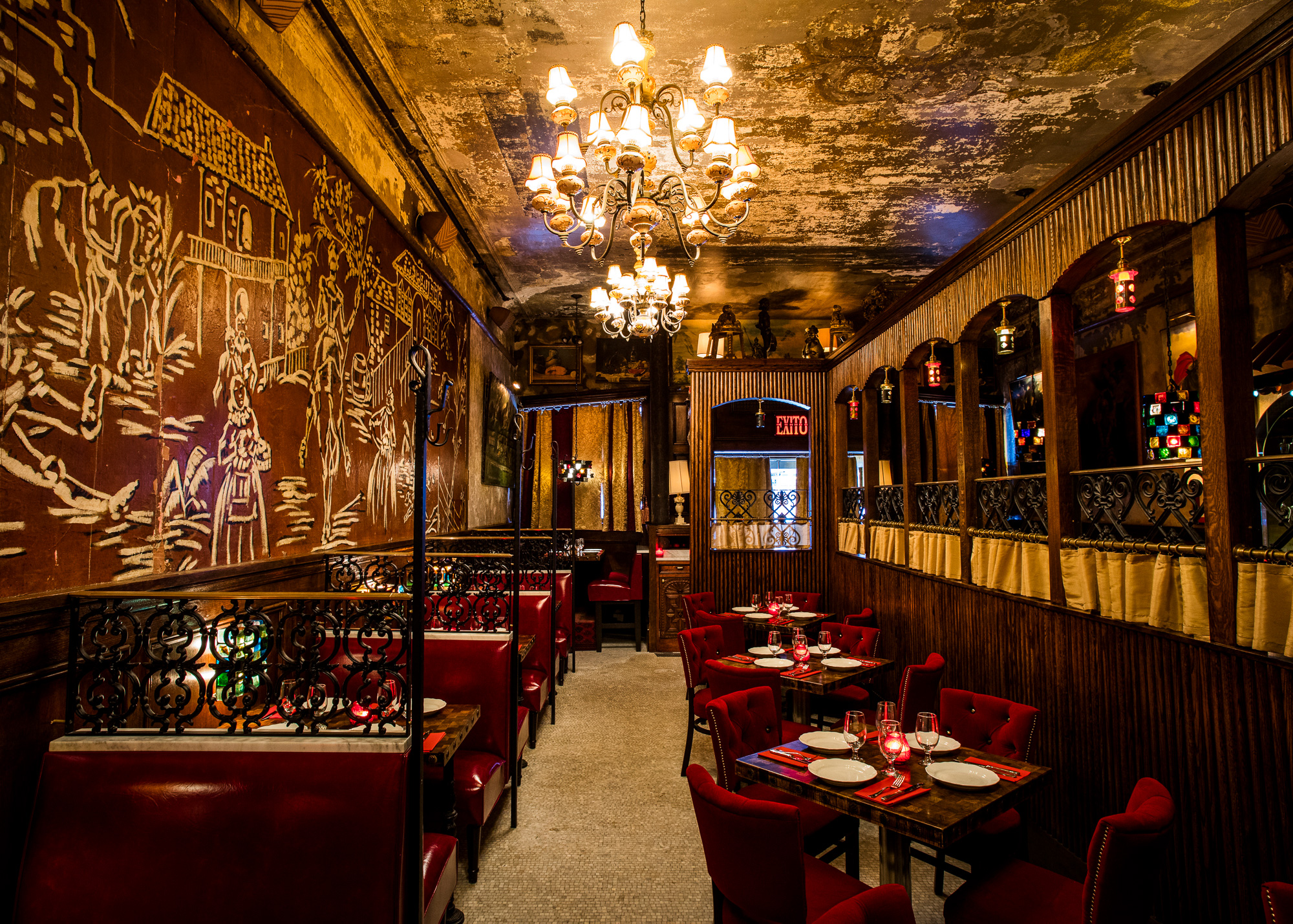 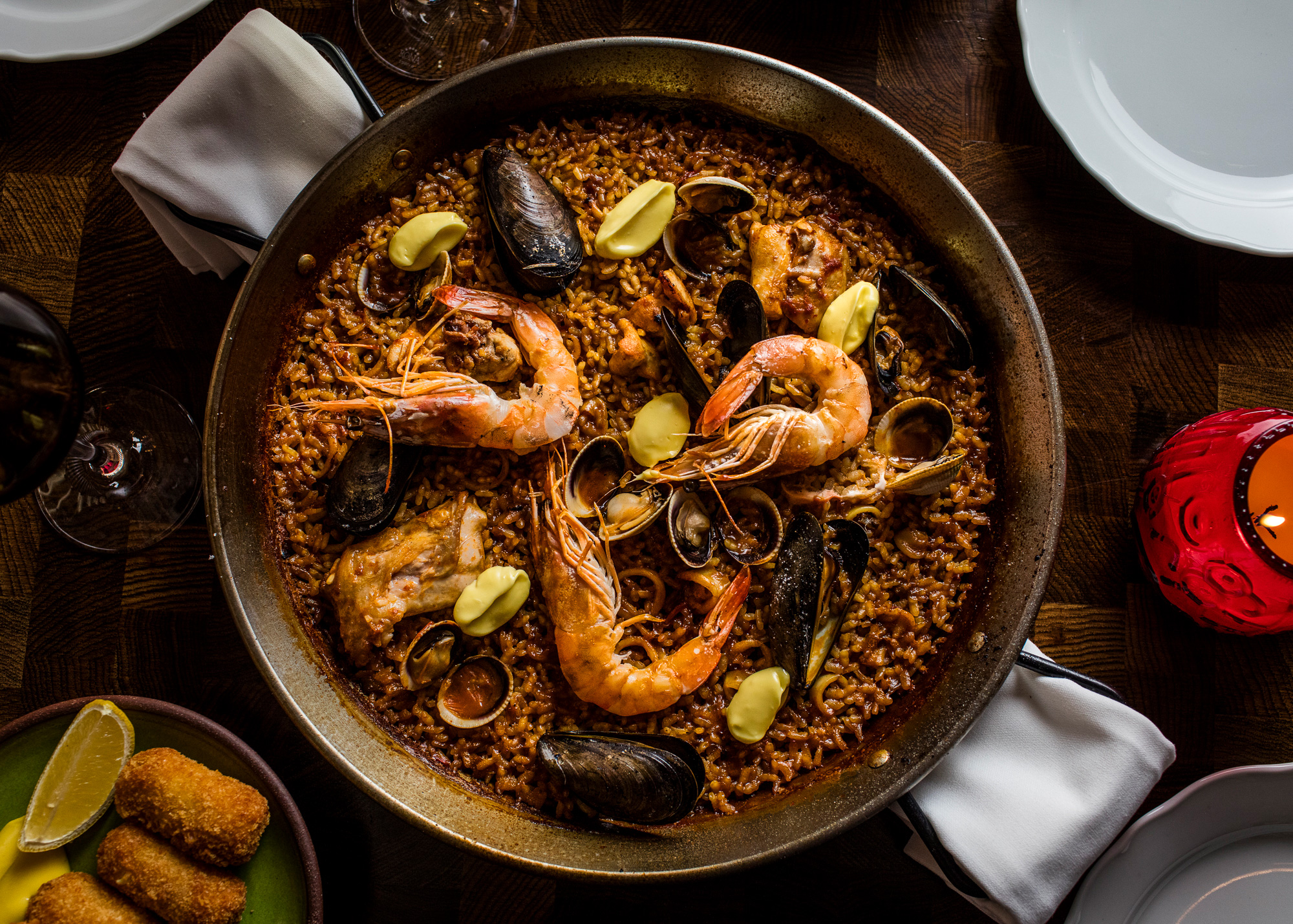 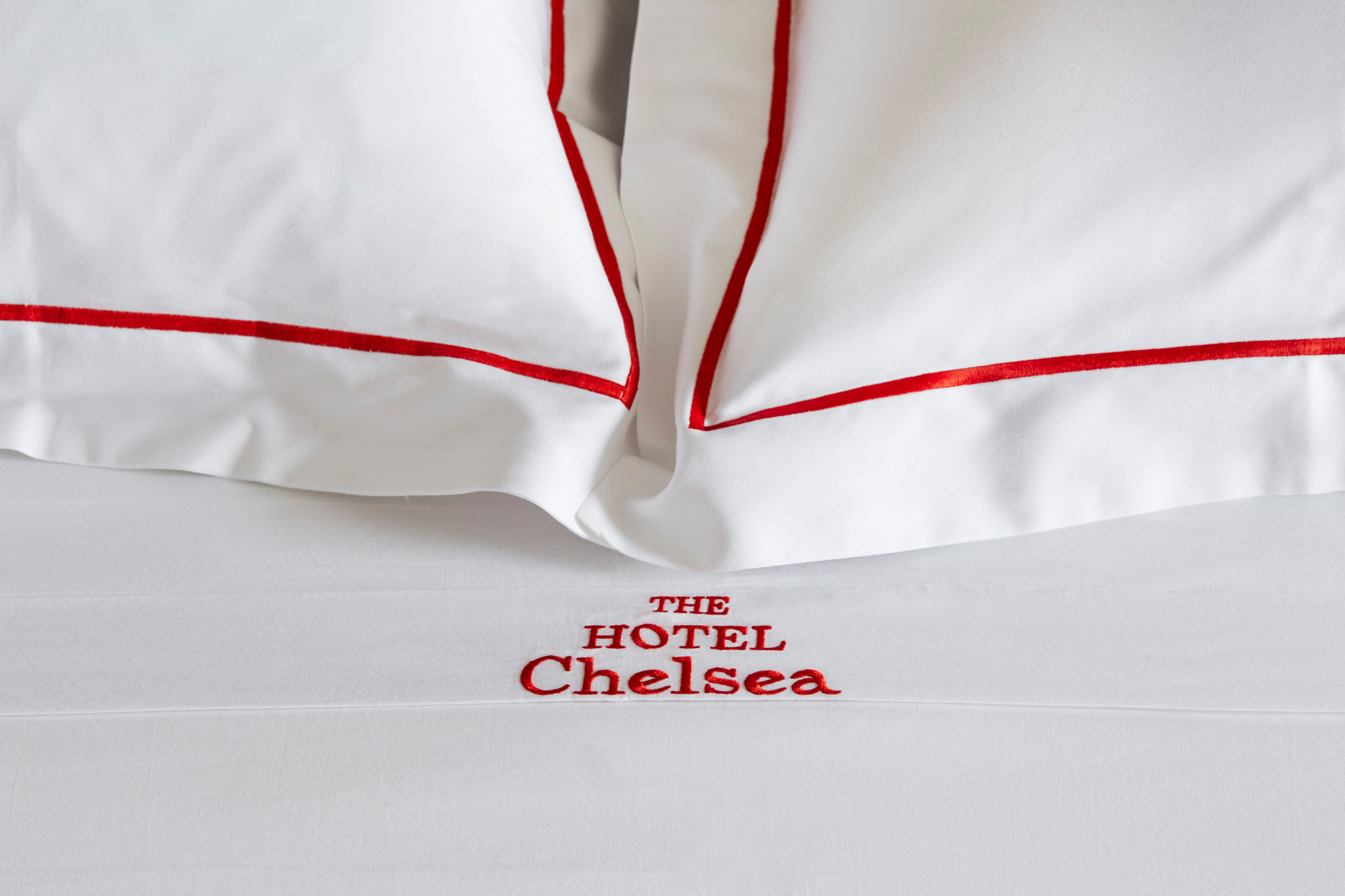