A new space in Barcelona 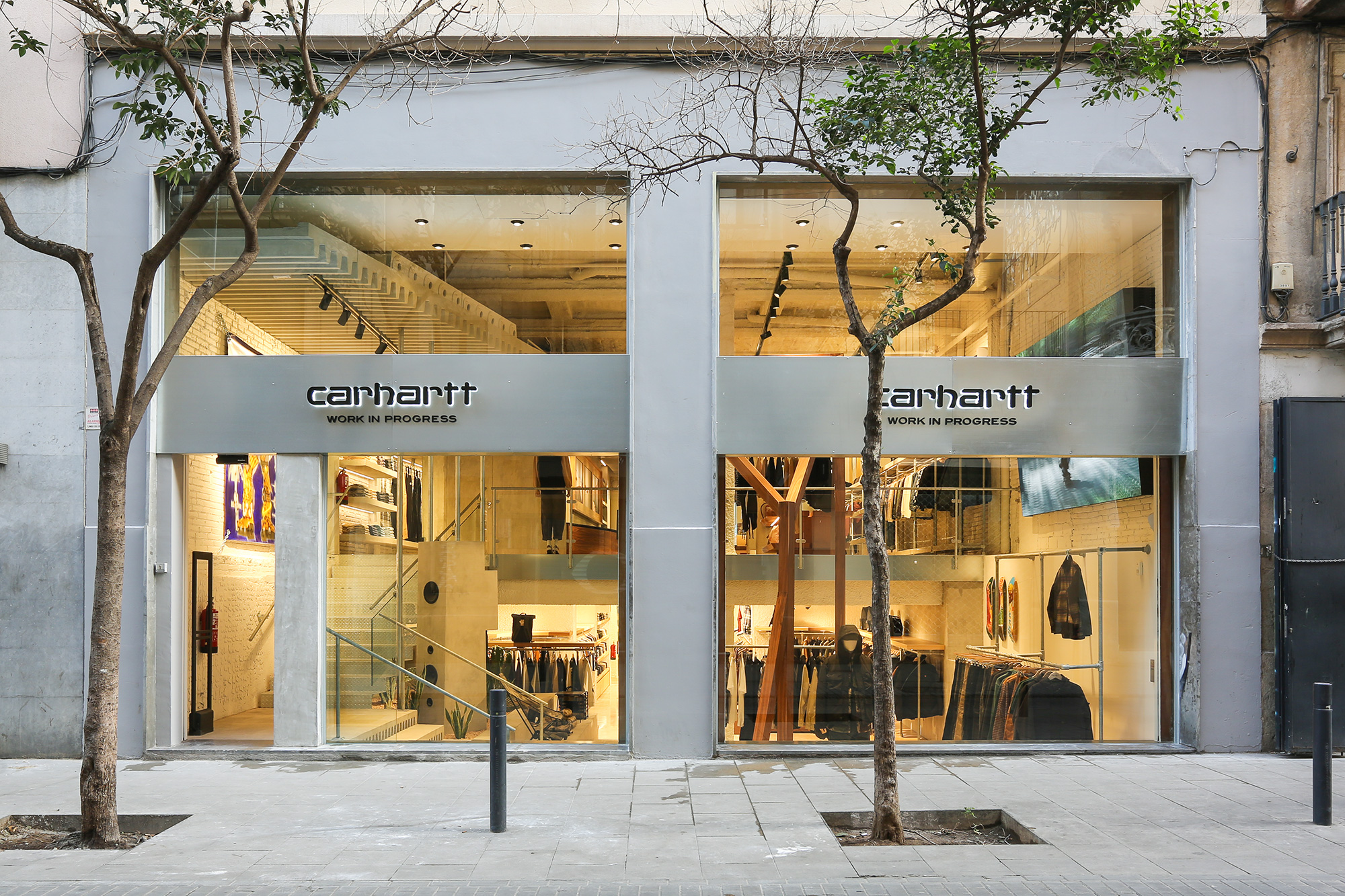 Thursday, December 1st saw the opening of Carhartt WIP's latest store in Barcelona located in El Born, right on the same street where their previous store had been. We were invited to the opening party where British rapper Flohio entertained us with a high energy set, after that many of us headed to the afterparty in Abaixadors 10 which was masterminded by the local collective Voodoo Club.
The invitation showed an illustration by local artist Alehsy, which was also printed onto t-shirts to celebrate the store's opening. His work is also featured in the 400 square metre space, which spans two floors, as well as New York City-based artist Kostas Seremetis. Not only that, but space is designed by the studio from the Milanese architect Andrea Caputo, who amplifies the Plaza Comercial's historic building's qualities while staying true to Carhartt WIP's DNA. It uses raw and industrial elements along with modern and refined touches.
As mentioned before, Flohio's set was the life of the party, her intimate yet energetic performance captivated every single person in the store at that very moment. A store that was actually full of people, there was not a single metre of empty space that day, making it a total success in our books. We hope to see more and more people visit the space these days, as the store not only carries both Carhartt WIP men's and women's collections but also special projects and collaborations. 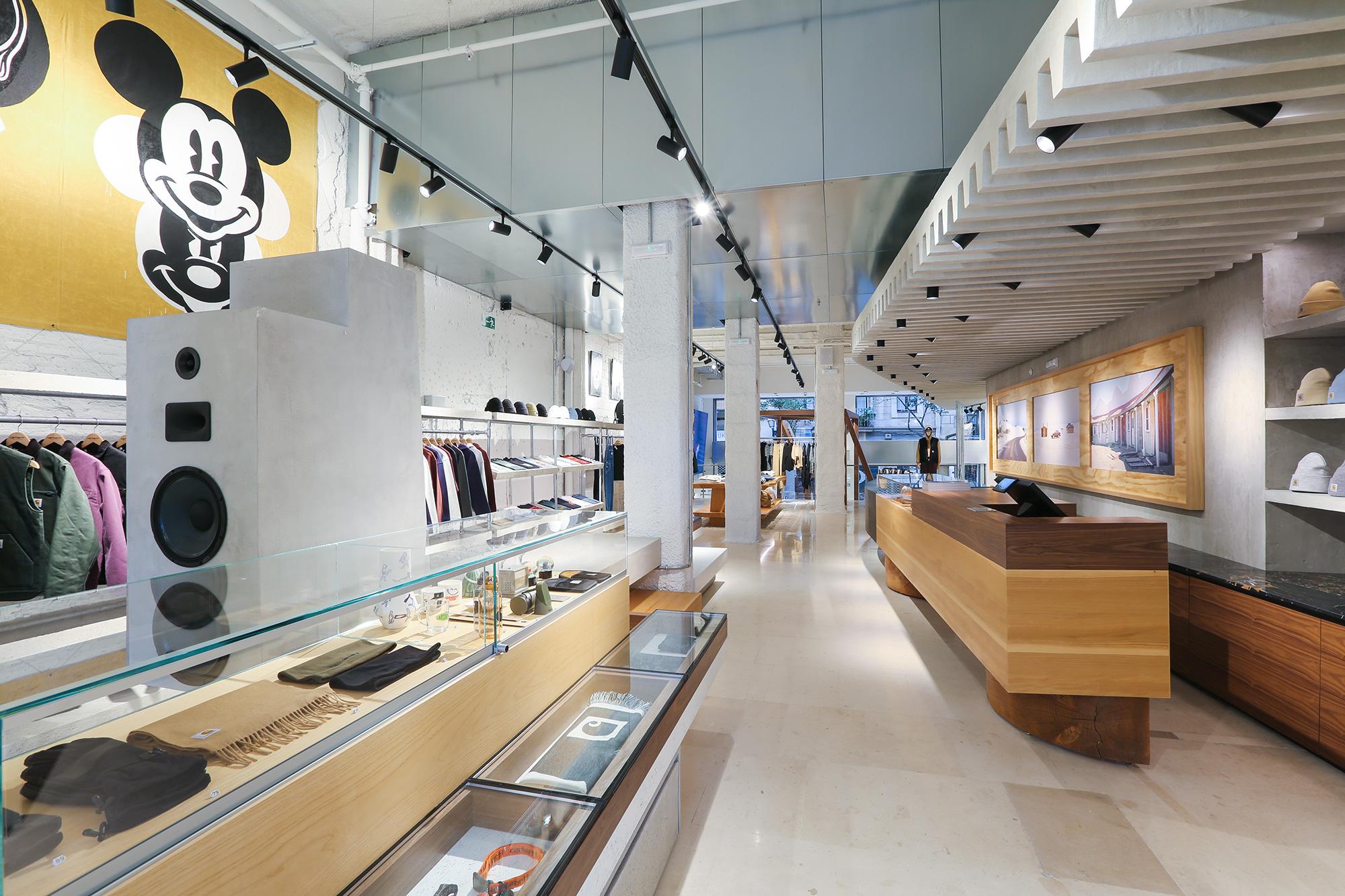 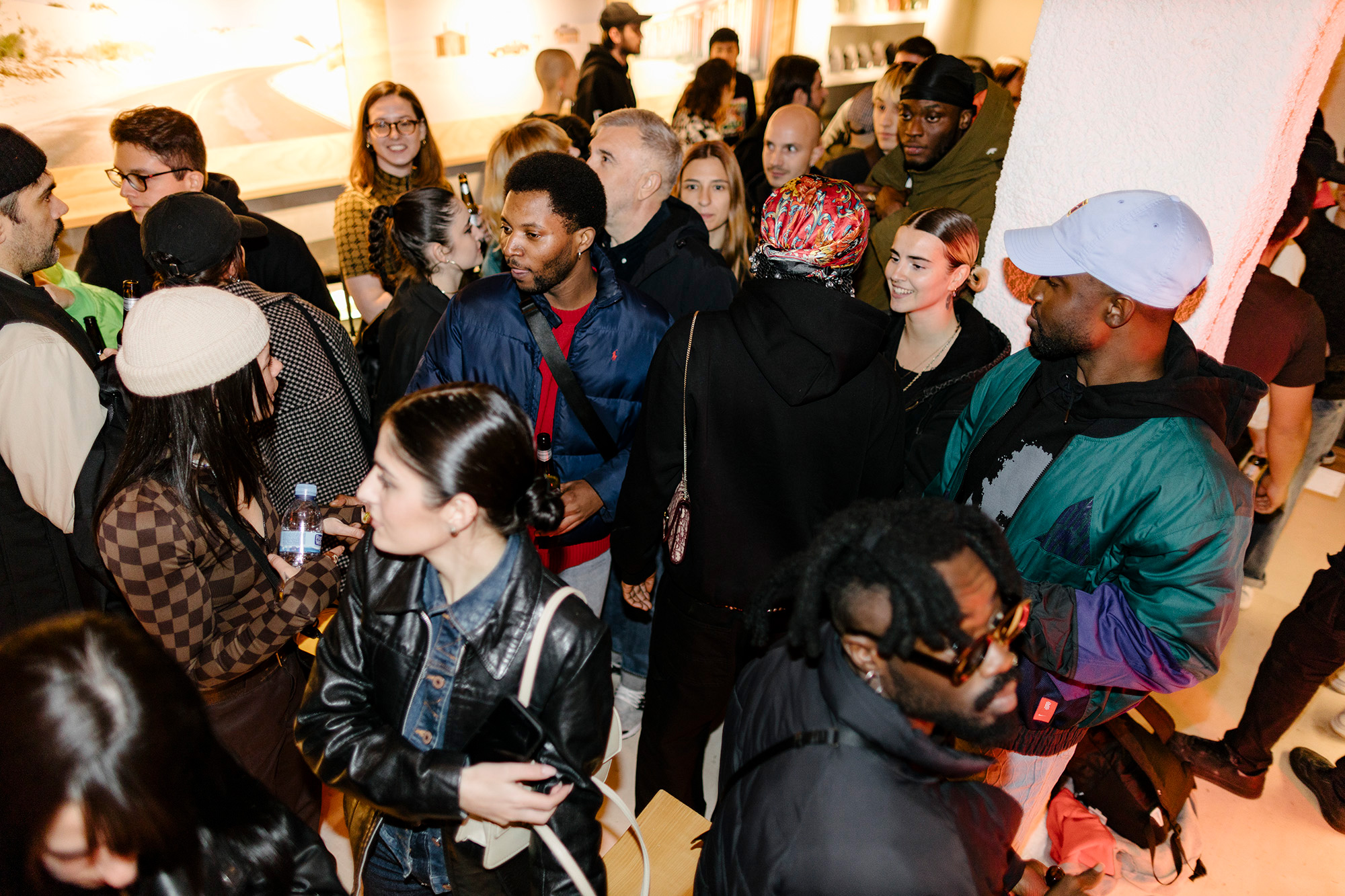 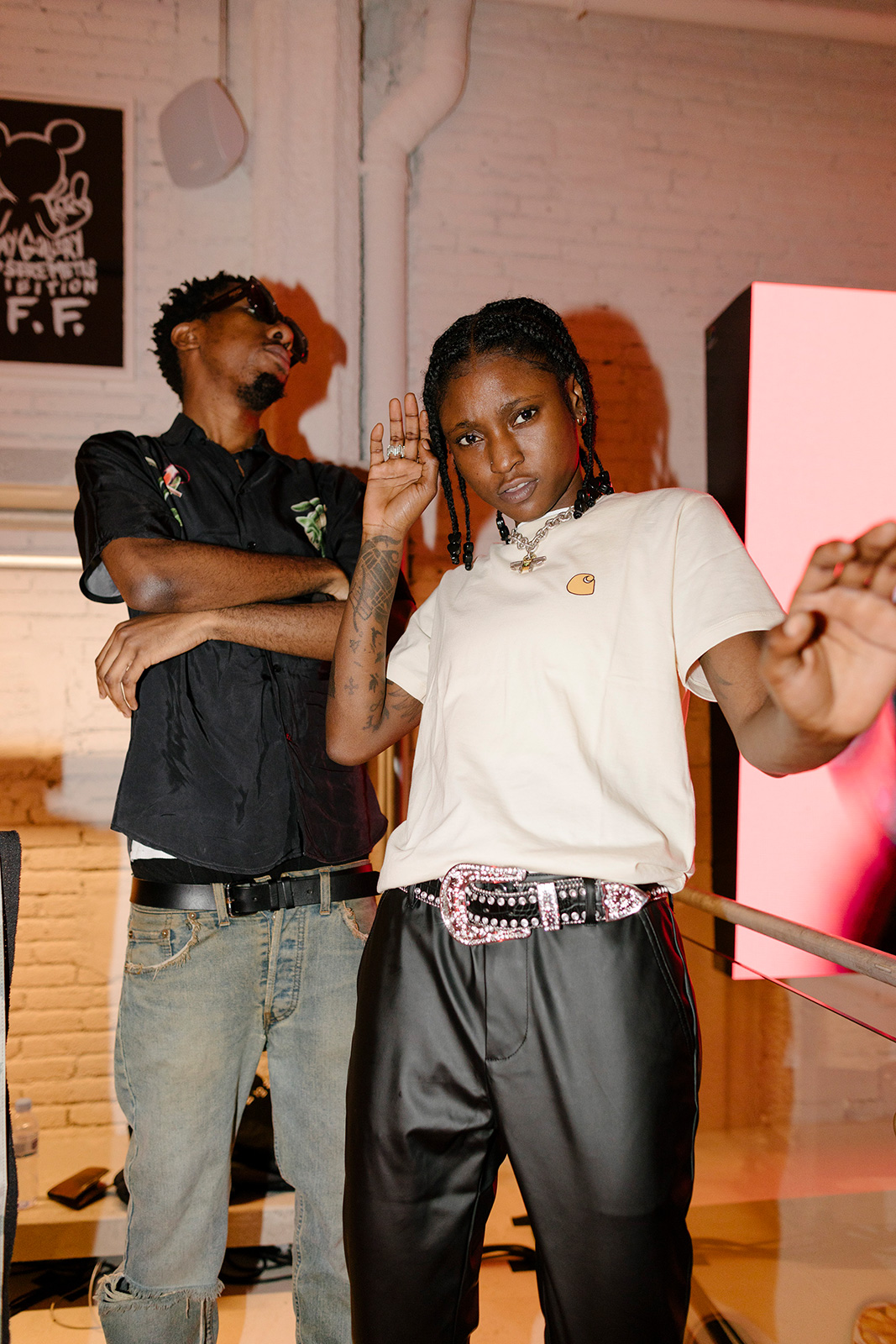 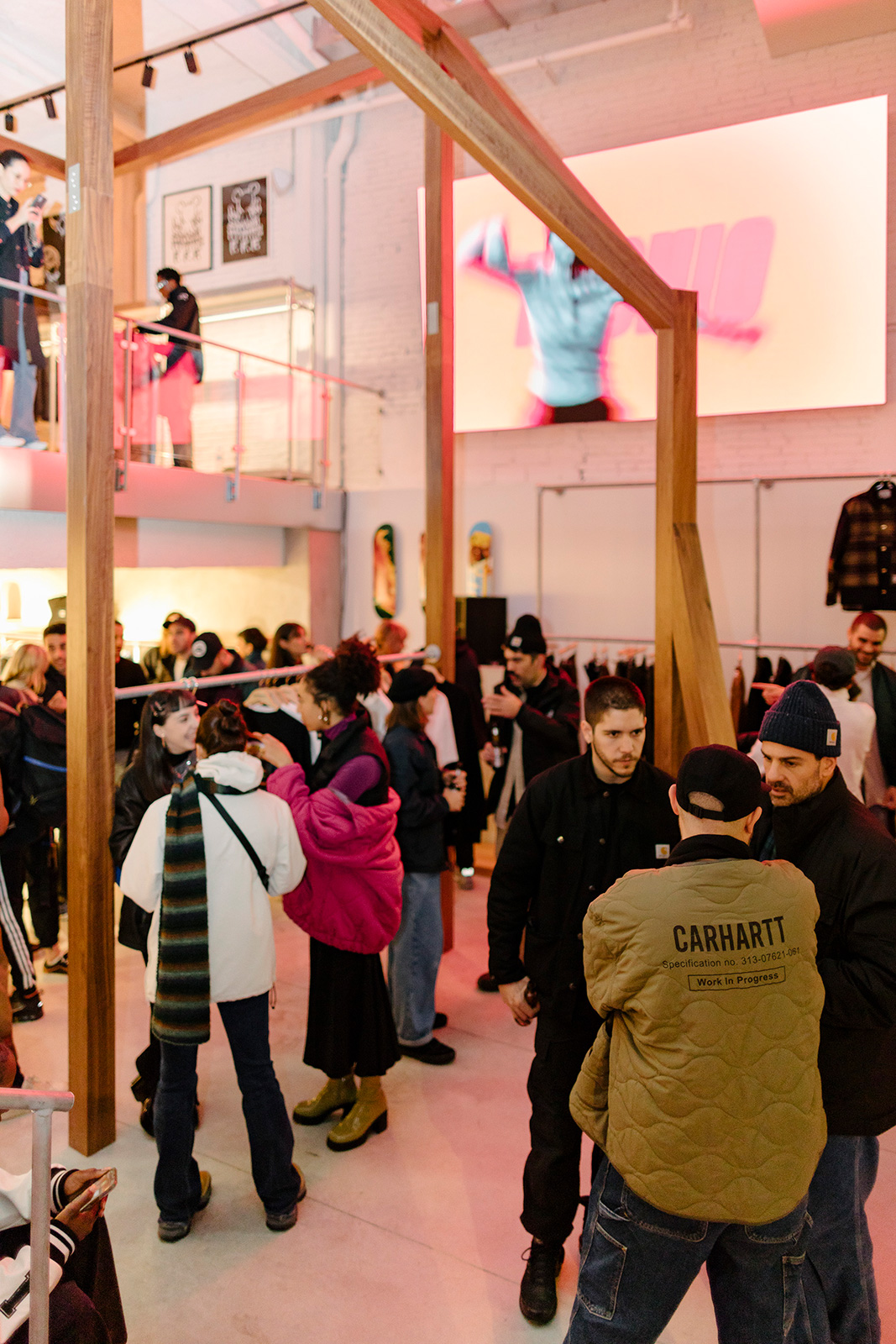 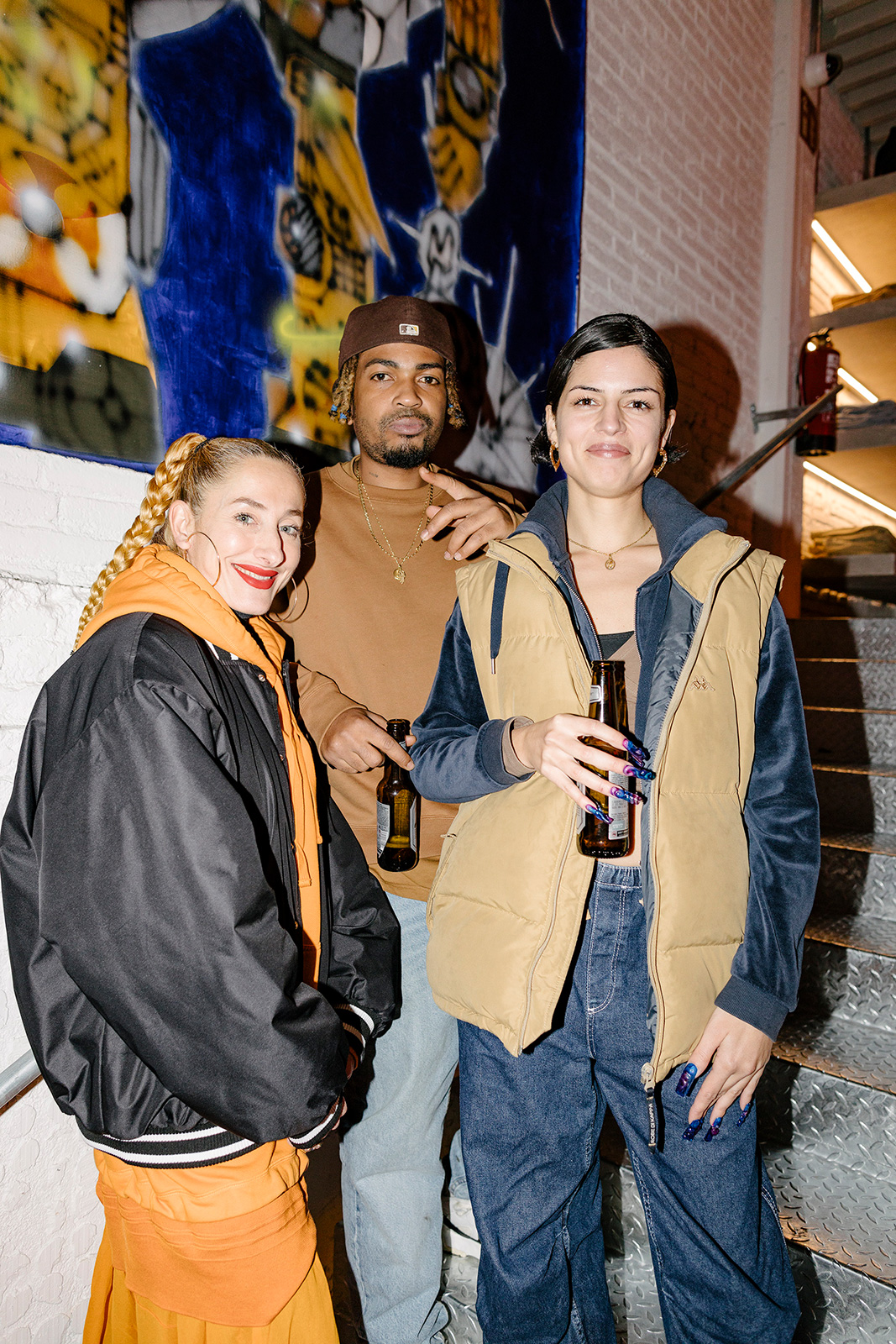 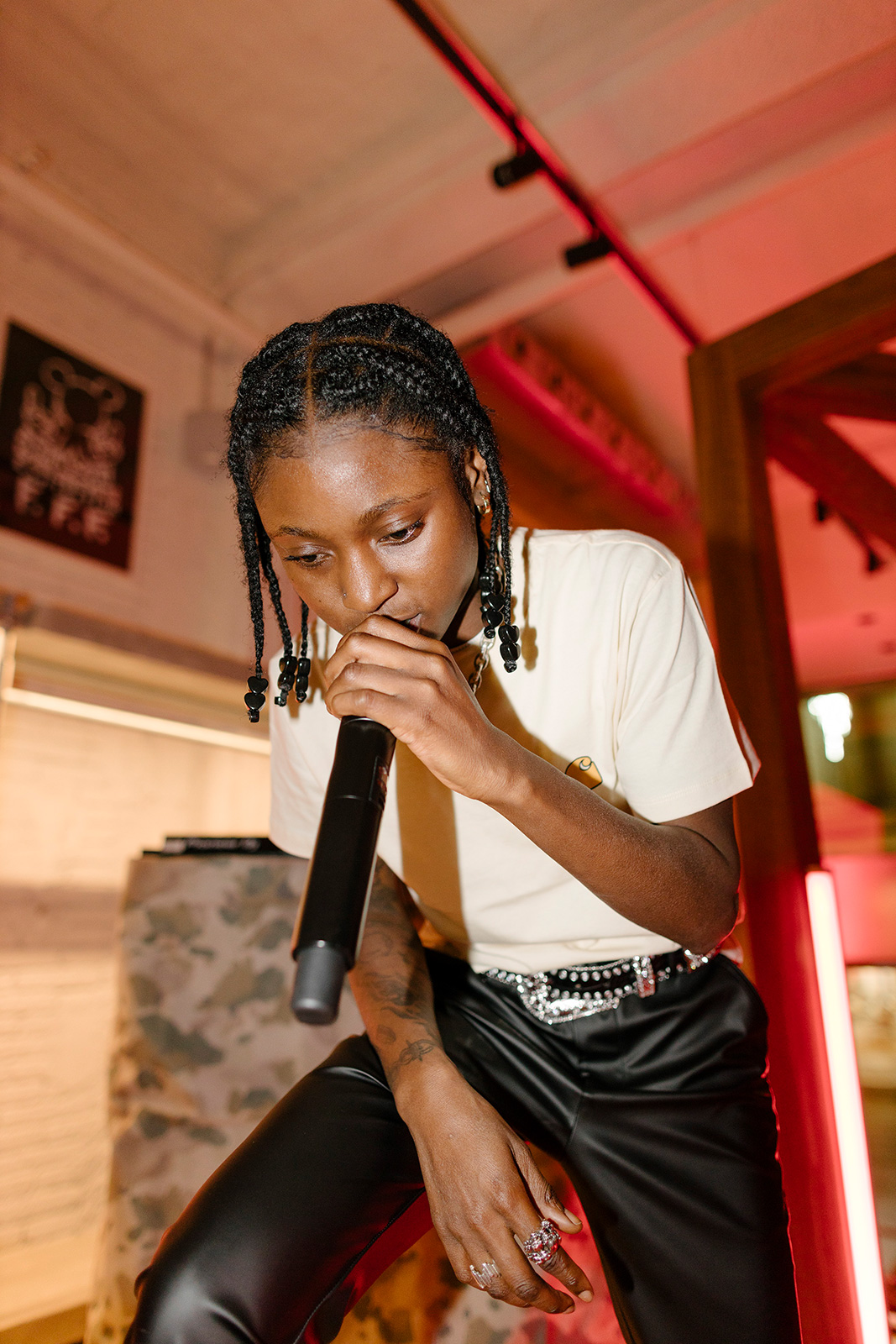 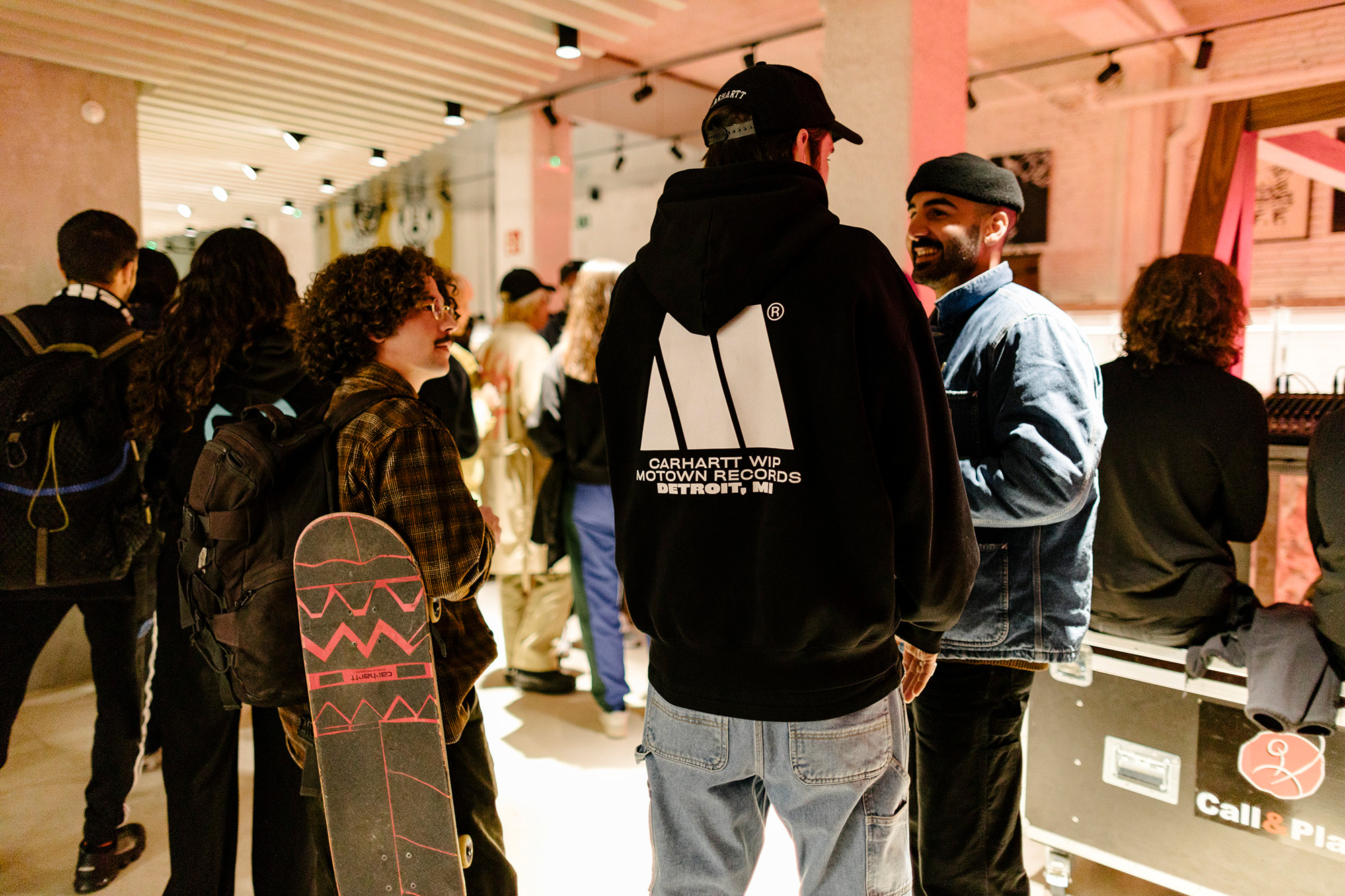