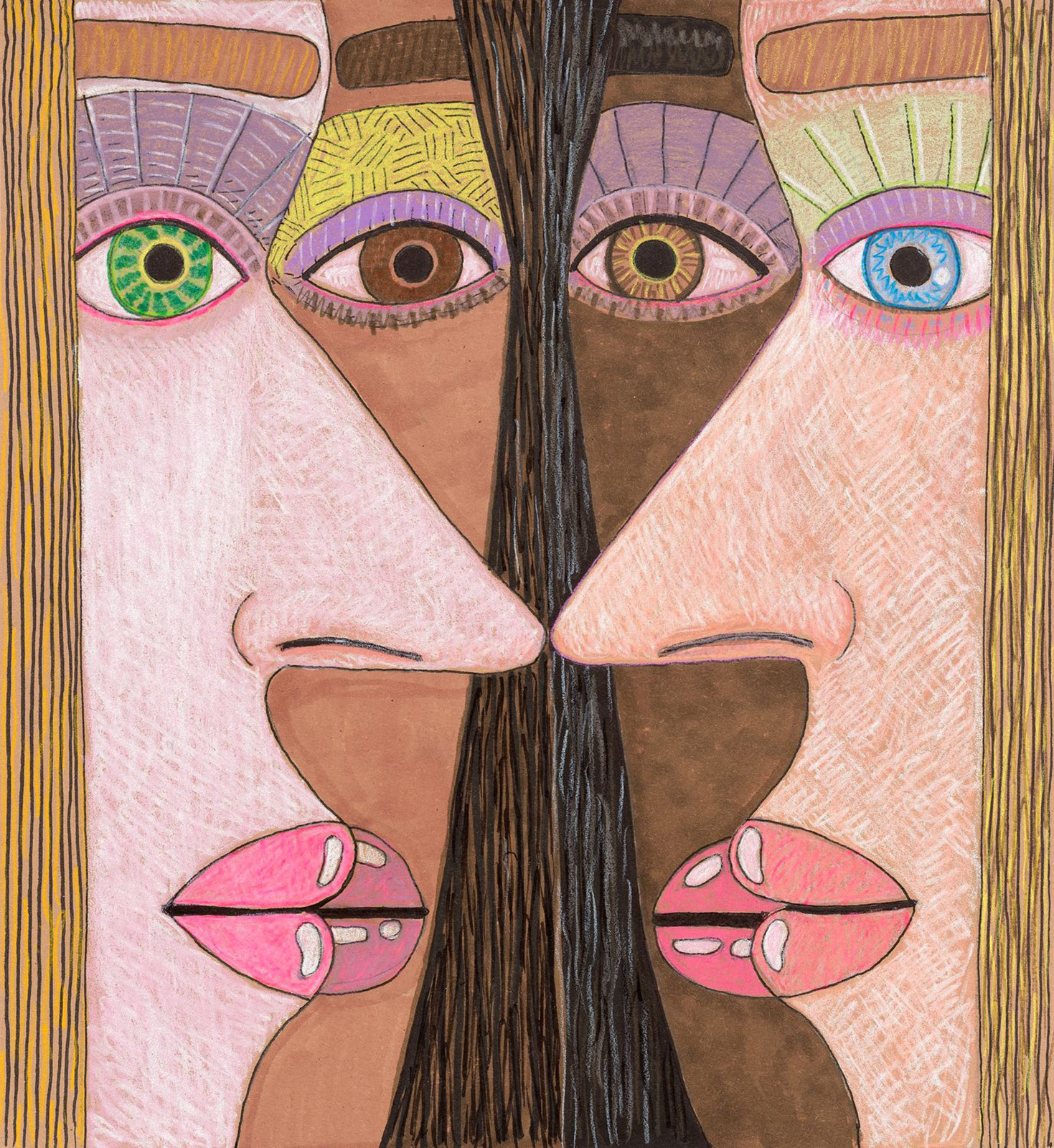 Big eyes, geometric lines to represent facial features, colour blocking, and figurative paintings that could be as well abstract. Delve into Brian Calvin’s universe in Fugue, his new solo show at Almine Rech in Paris on view until April 6.

“I keep finding what feels like new life in repetition, falling deeper down the rabbit hole”, told the artist to art critic and curator Éric Troncy in an interview a few years ago. And it’s this repetition, not only of the elements that make his work so characteristic and recognizable but also of fingers, eyes, nails, lips, hair and noses, that enhances the abstract quality of his paintings. According to Troncy, one of the most interesting aspects to Brian Calvin’s work is that “from one painting to the next, variations are sometimes minimal, as if he had merely made a few minor touch-ups on a finished work”.

In this exhibition, Calvin shows how sticking to his own style, which came organically after many years working, is what works best for him – “as opposed to, you know, artists who every few years develop an all-new line”, as he says. But he takes new risks and endeavours as well. For the exhibition at Almine Rech (the third with the gallery and the second one in its Paris venue), he dared to paint an almost 5-meter-long triptych titled Fugue, something he’d never done before. “It radicalises and develops the quest for internal rhythm on the painting’s surface”, says Éric Troncy.

In addition, it “shares its title with the exhibition and further confirms its rhythmic dimension: a fugue is a musical genre that makes use of the principle of imitation and relies on a constant number of voices – for Calvin, characters”, the curator continues. “For the artist, the highly unusual painting serves, in his own words, to ‘slow down the pace of reading’; the series of drawings that completes the exhibition probably contributes to this by other means”.
The exhibition Fugue by Brian Calvin is on view until April 6 at gallery Almine Rech, 64 Rue de Turenne, Paris. 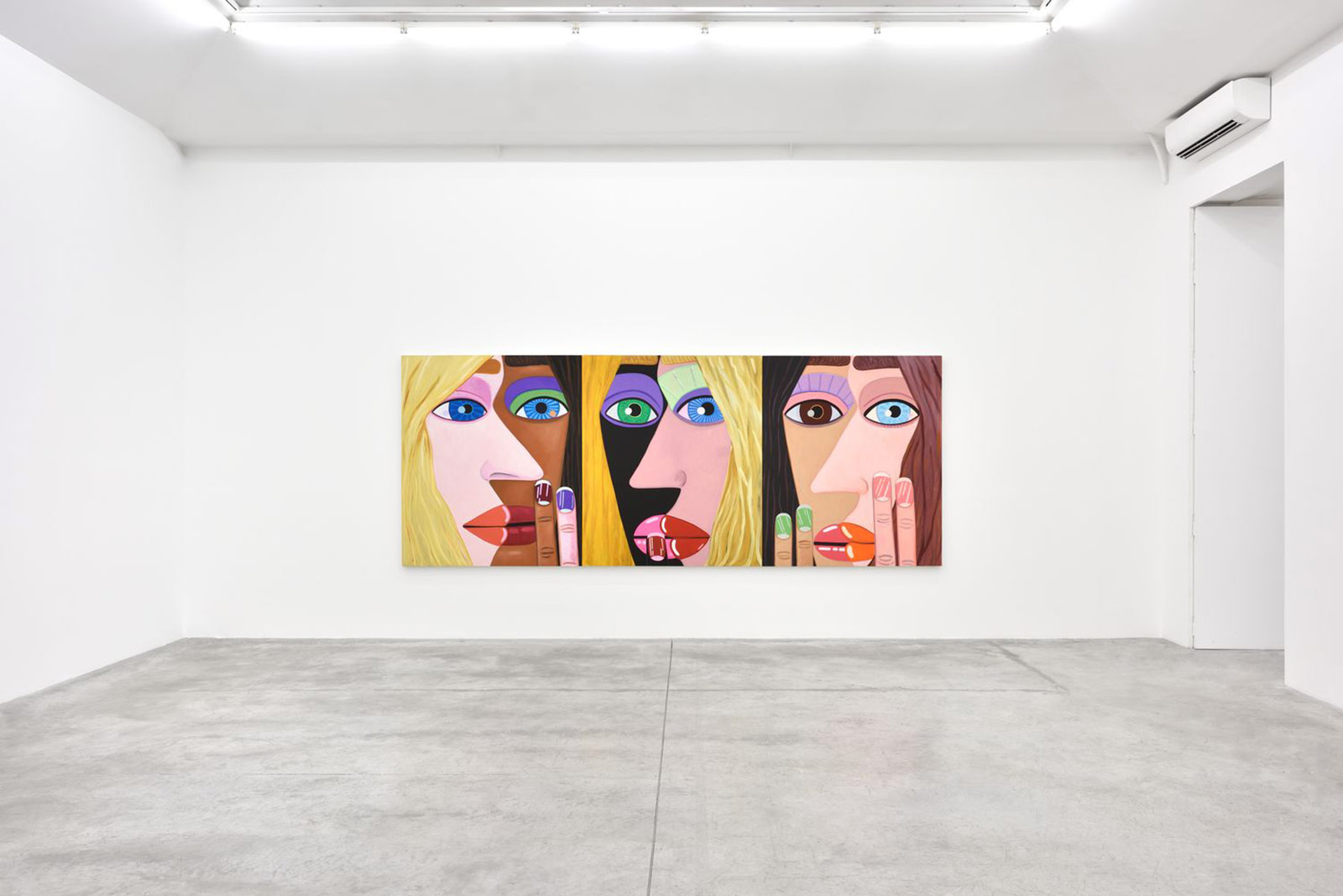 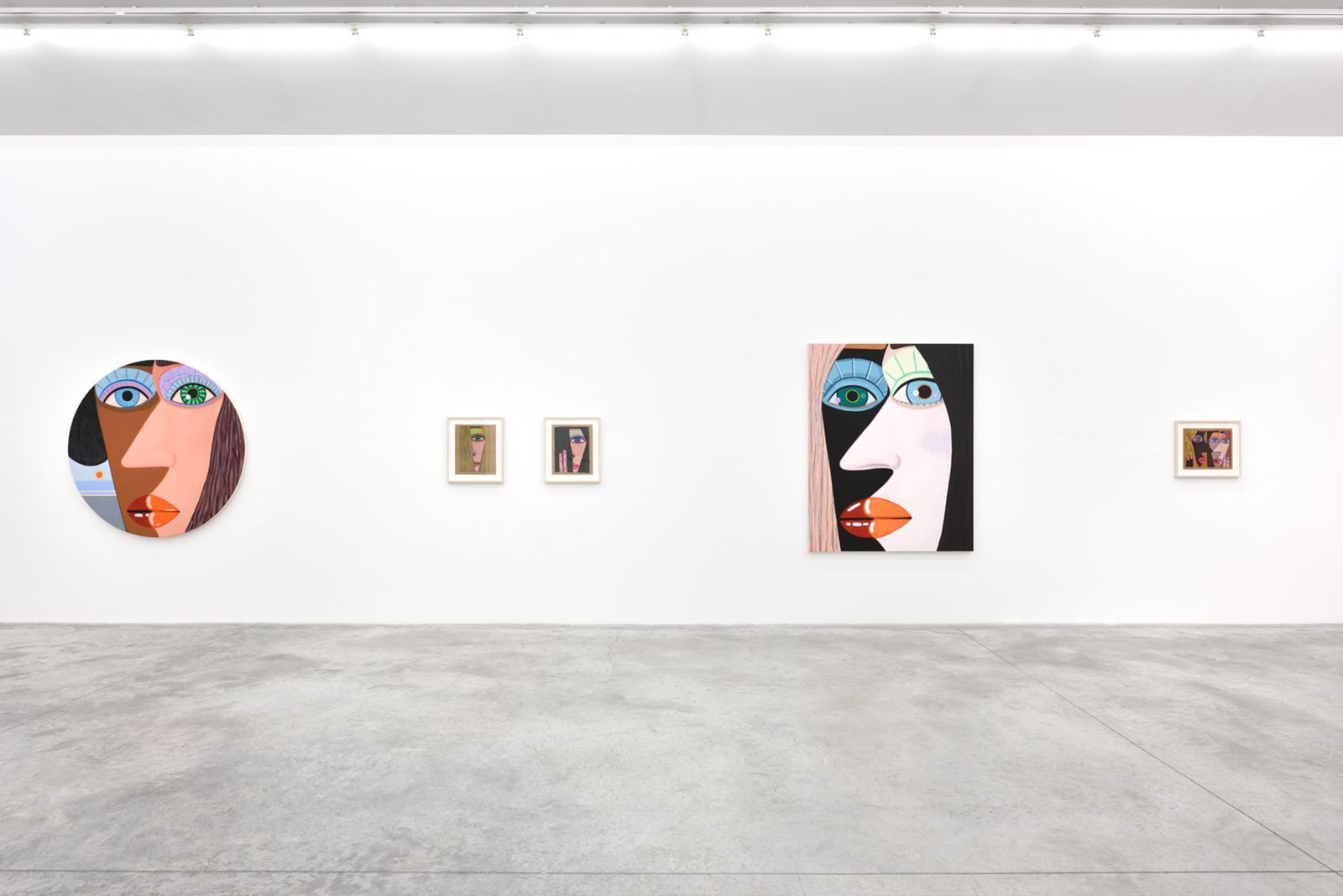 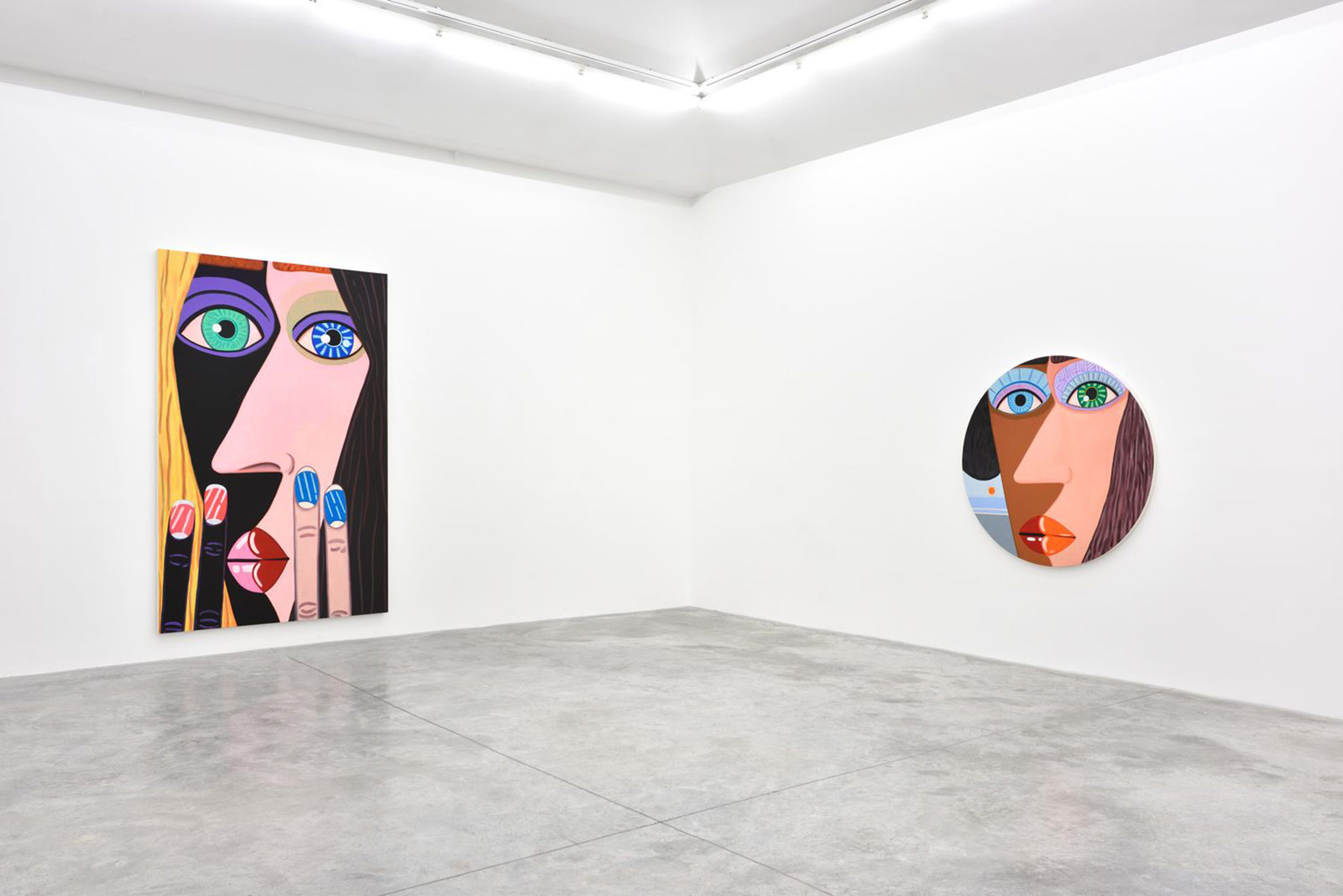 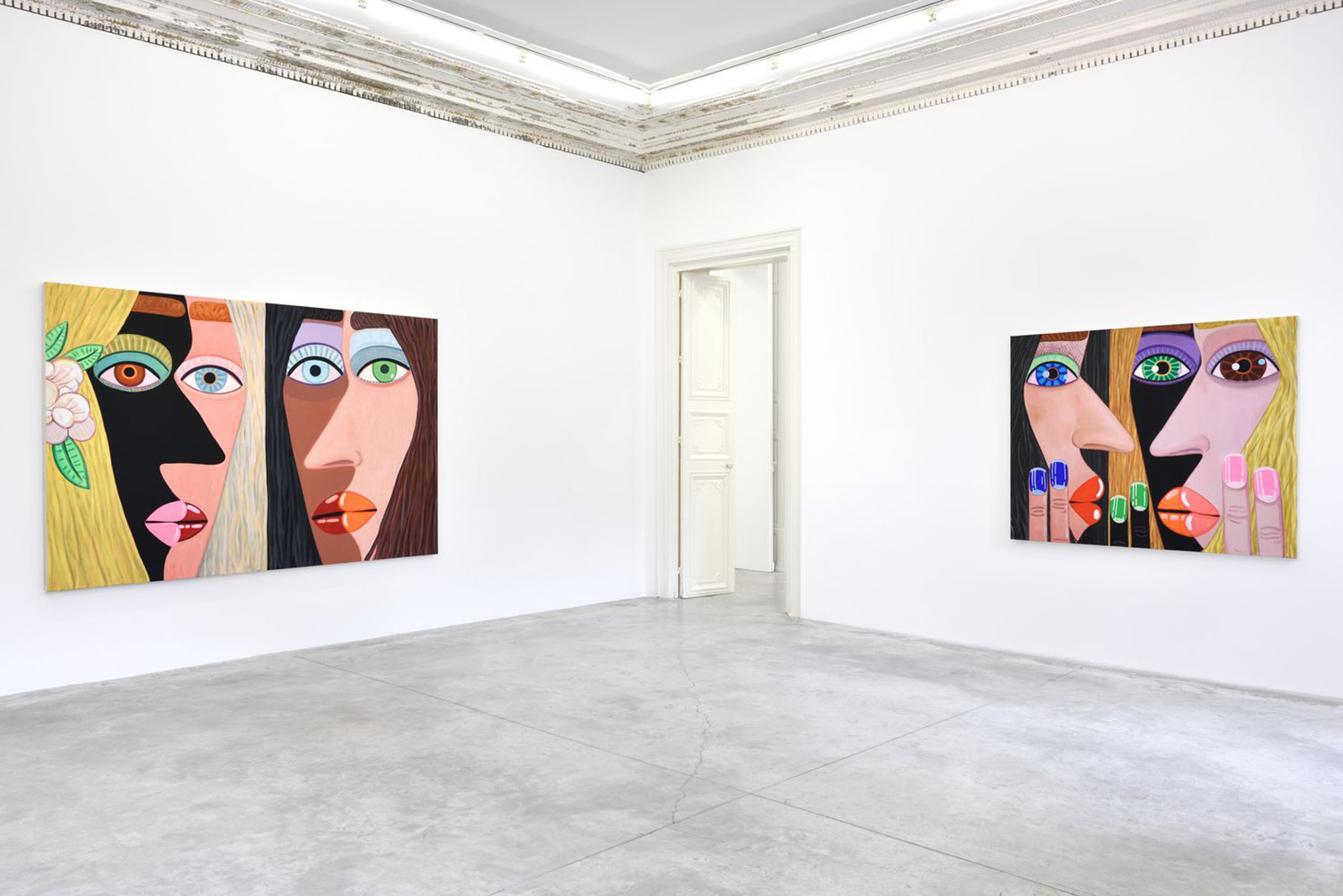 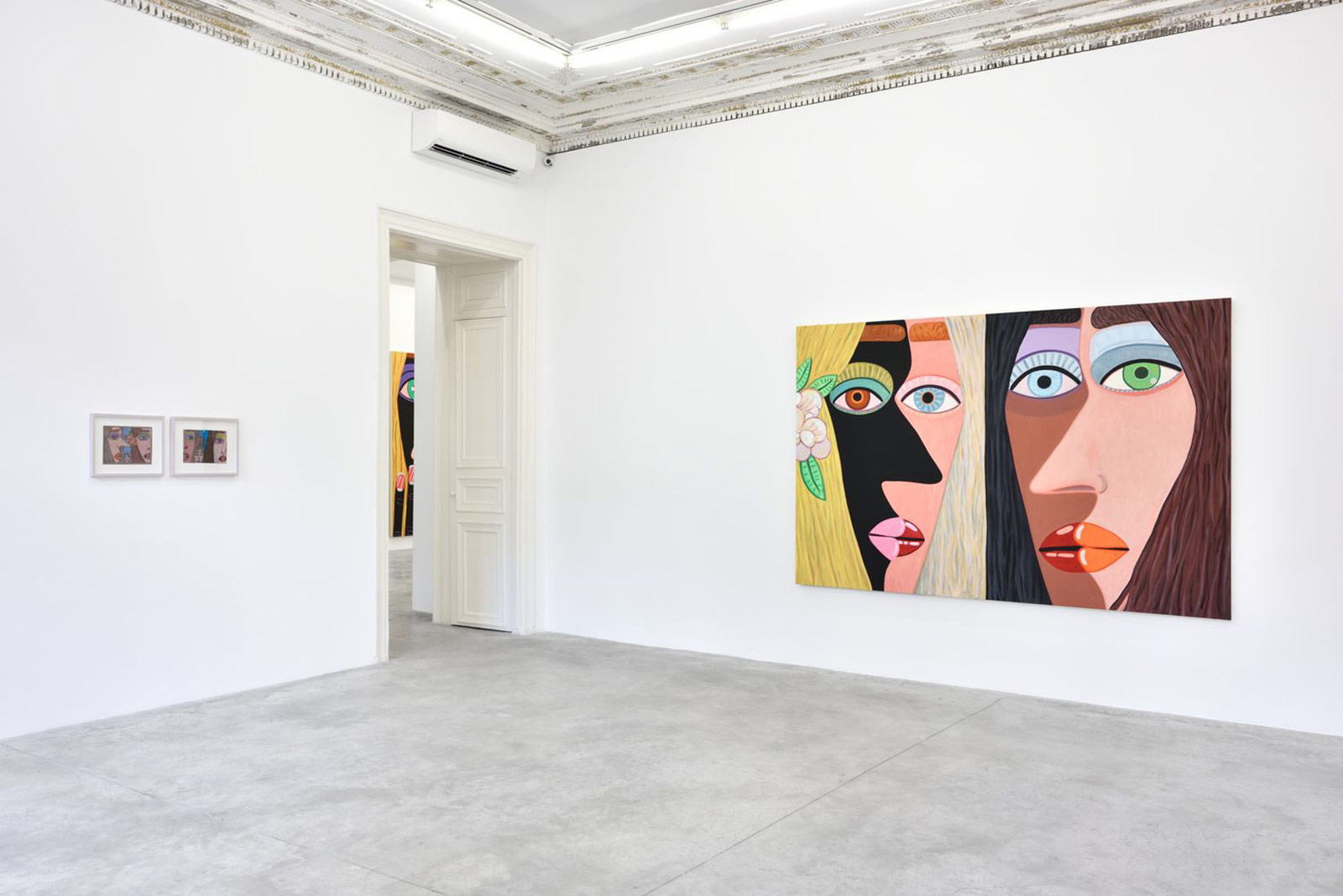 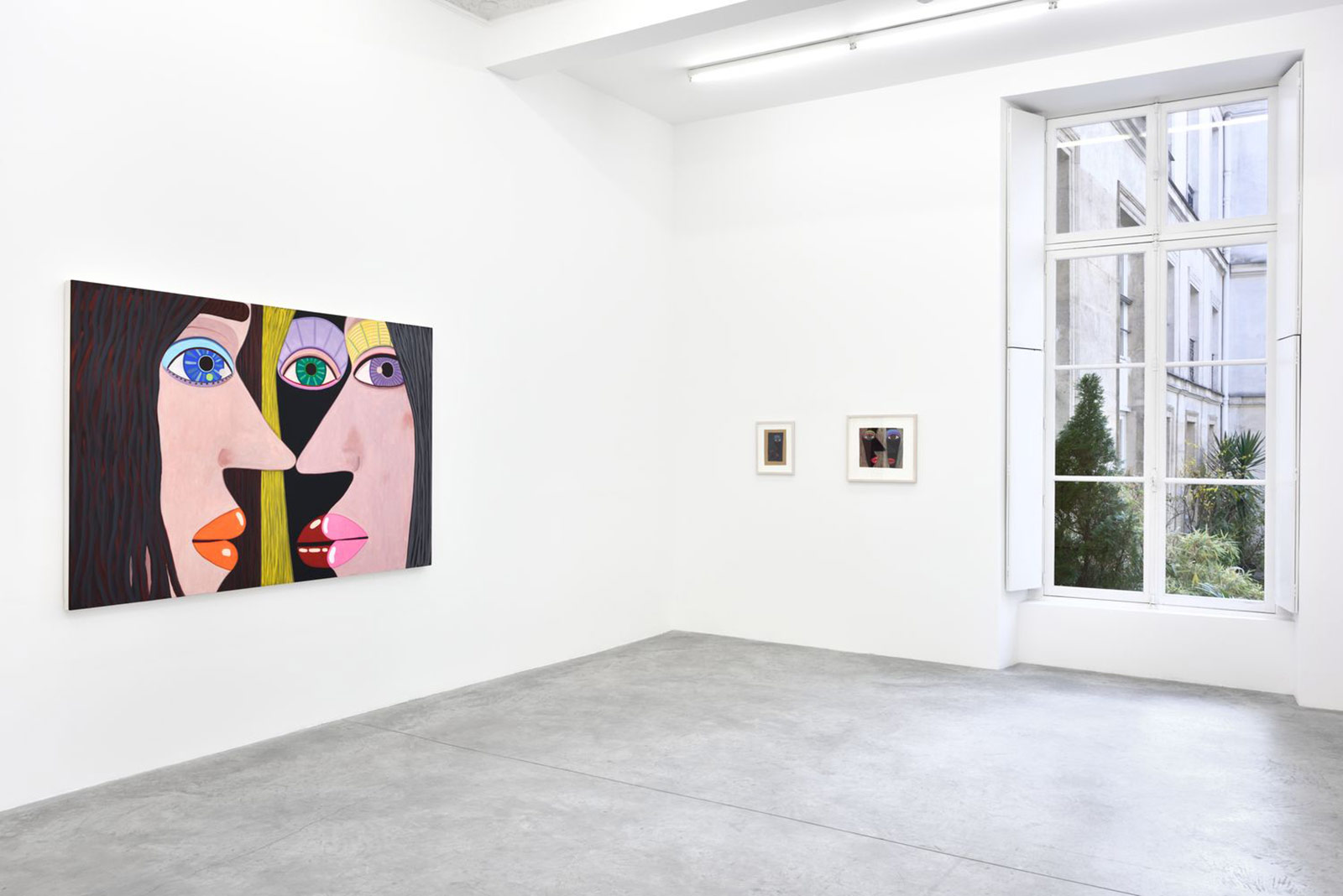 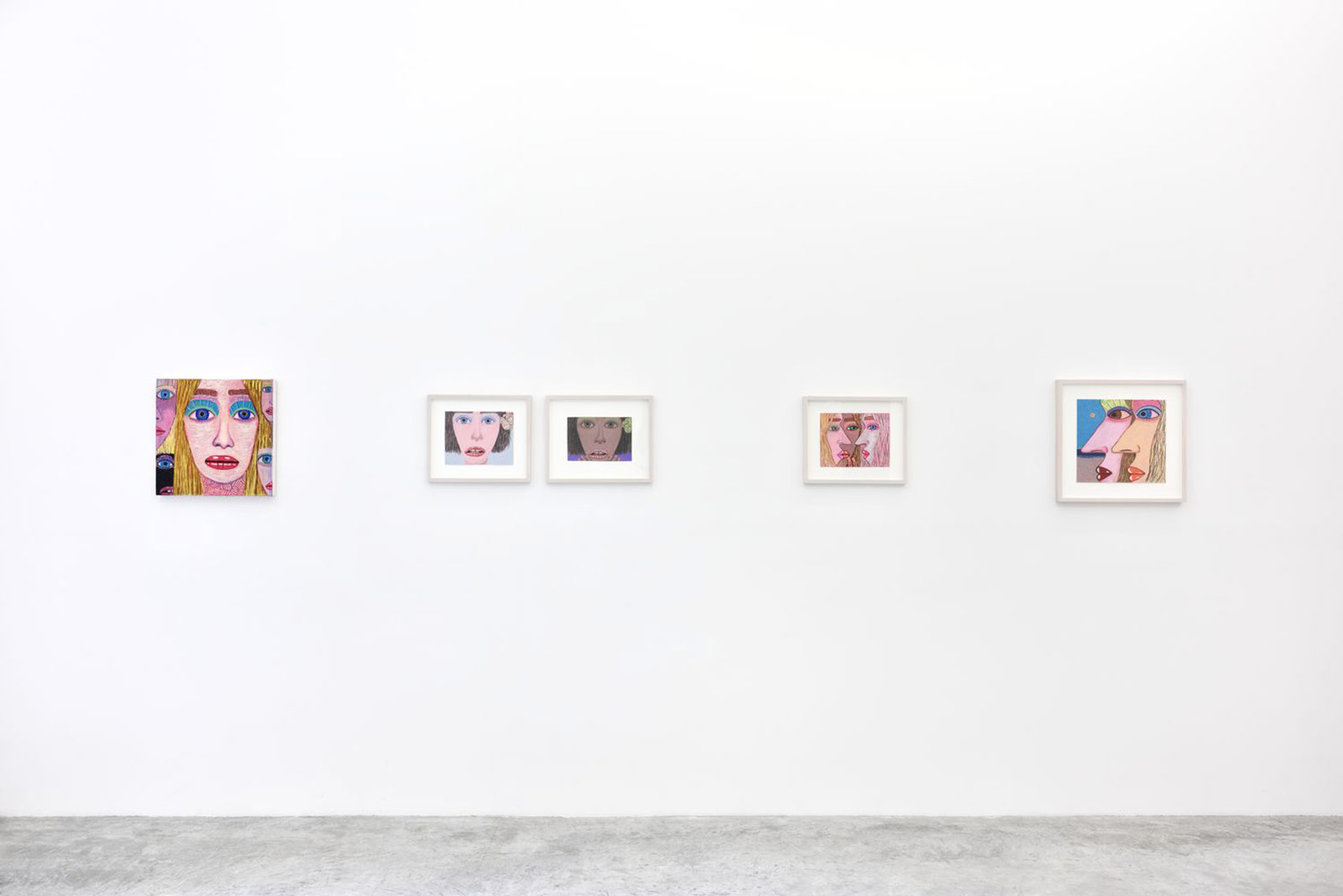 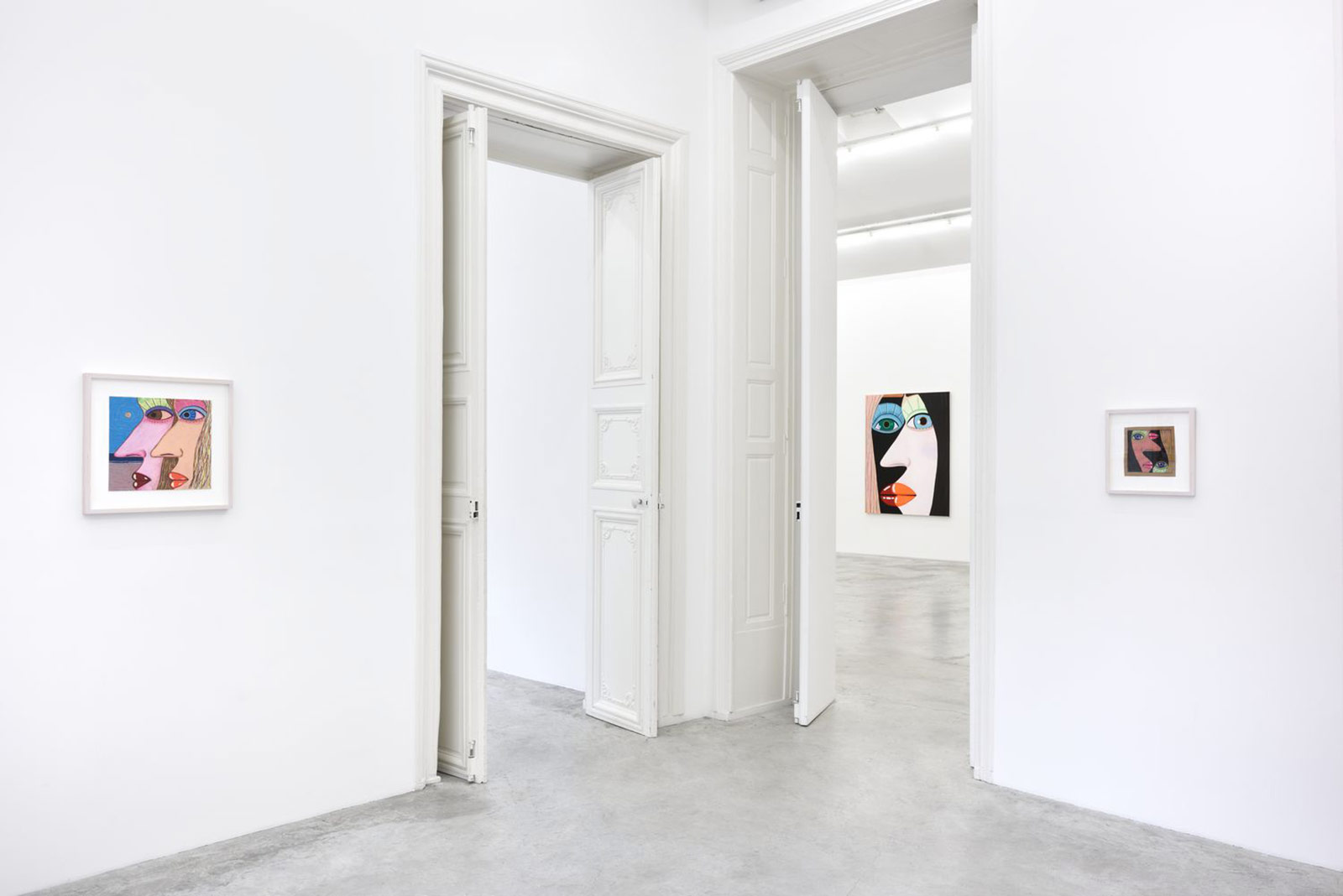