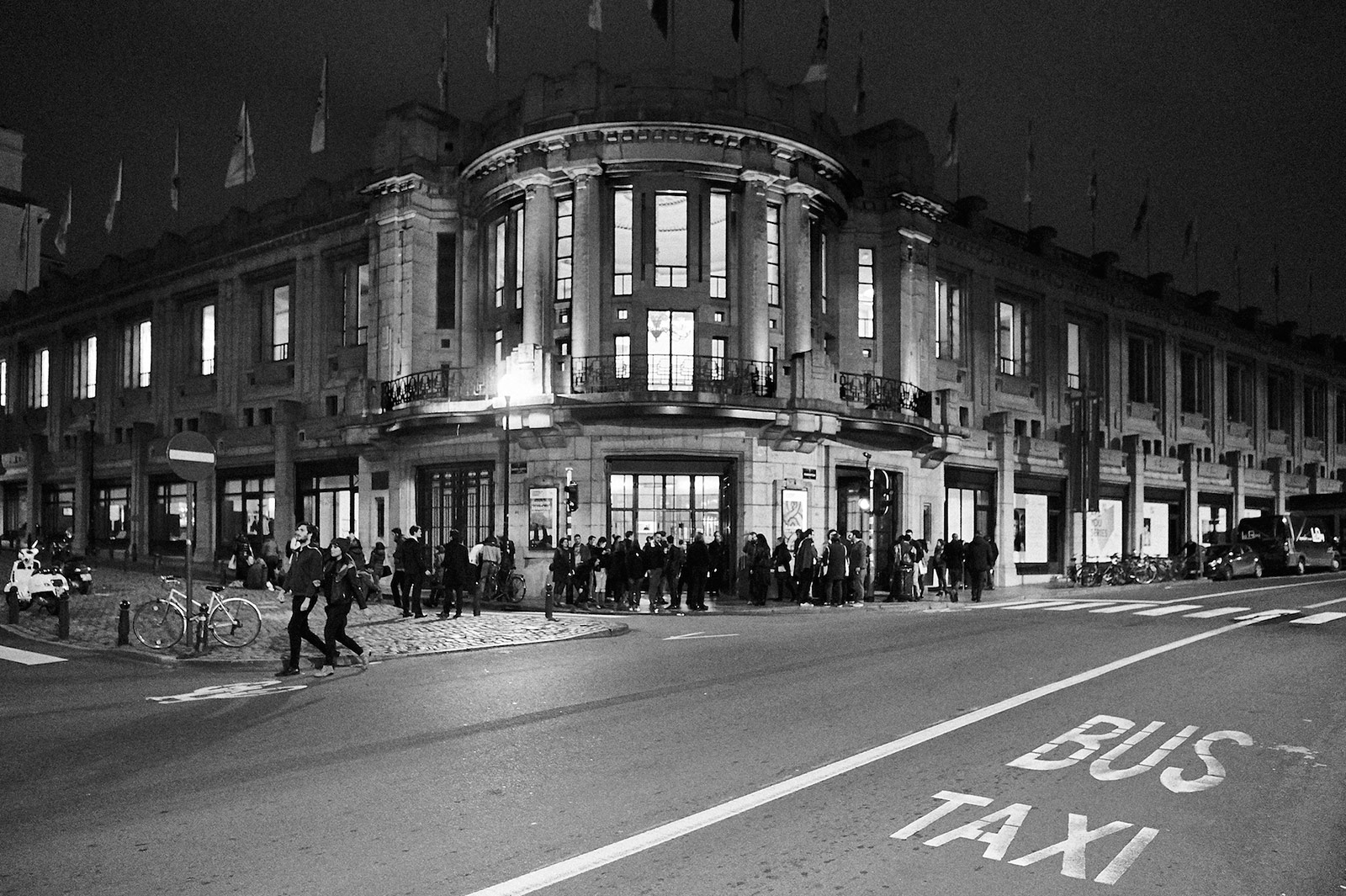 BOZAR Electronic and Arts festival (BEAF) will open its doors in the city of Brussels from the 22nd to the 24th of September. Taking place at the Centre of Fine Arts, for its 5th edition the festival will feature the best of the current state of digital culture, represented by a wide range of international artists – musicians, media visual artists and producers. 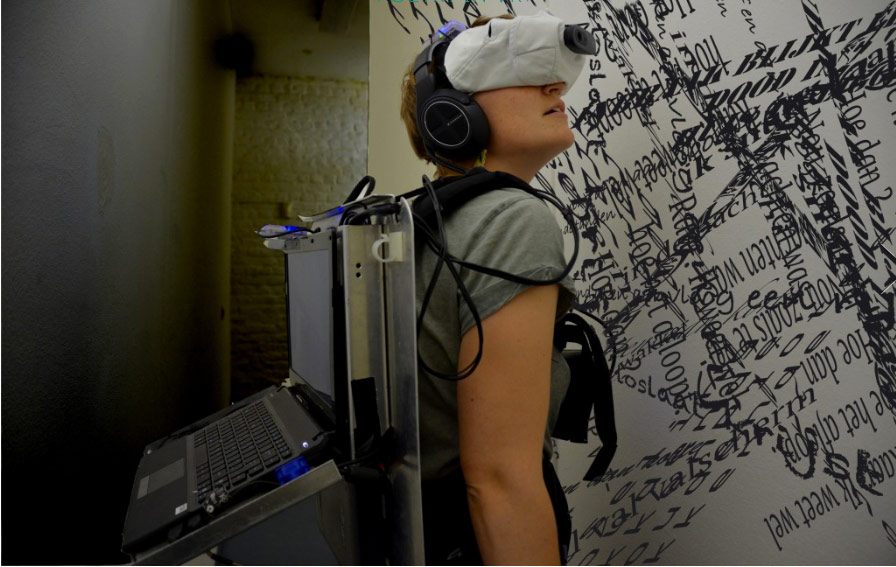 The multidisciplinary event offers during three days a music program consisting of an extensive line up of music creators, ranging from cutting edge experimentalists to high profile electronic acts. To complete the agenda, BOZAR presents ten days of media art through an exhibition of audiovisual installations and performances reflecting on the current dialogue between the use of new technologies and strong artistic personalities. The digital art exhibition will run from the 22nd of September through the 2nd of October.

On Thursday –the opening night– at 19.00 the digital exhibition and all its installations can be visited. Located in the Horta Hall, one of the main pieces of the media art show is White circle. This work, which will be on display from the 22nd to the 25th of September, was created by the German record label Raster-Noton in celebration of its 20th anniversary. White Circle is an acoustic-architectural space designed as an audiovisual installation that turns sound into a sculptural spatial experience. Artists Alva Noto, Byetone, Frank Bretschneider and Kangding Ray have developed it.

Another part of the media art show is Tendencies, Belgian art in the digital age #1. The exhibition will be placed at the Centre of Fine Arts foyers and will be presenting artworks by six artists that “use” or “comment upon” the latest evolutions in science and technology. Its title references the Nove tendencije movements in the 1960s and 1970s in Zagreb, one of the first European initiatives that reflected upon “art as research.”

The third and last part of media show can be found at the anti-chambers of the building, consisting of a selection of works of the STARTS (Science, Technology and arts) Prize 2016 winners, honorary mentions and nominations. This prize rewards artists that spread scientific and technological knowledge among the general public while triggering innovative processes. We remind everyone that Tendencies and STARTS installations are accessible for free until the 2nd of October.

Still on Thursday, at 20.30, the music section will kick off at M Hall stage with three audiovisual events at their best. Body Sculptures, a group made up of five leading Scandinavian experimental electronic noise artists: Erik Enocksson, industrial artists Puce Mary and Ossian Ohlsson, Varg and Loke Rahbek —Posh Isolation label— will be in charge of the opening. The public will be witnessing the Belgian premier of their collaboration. Right after them, part of the line-up of this year’s Berlin Atonal edition Roly Porter & MFO will perform Third Law A/V Show. To close the inaugural night, the festival presents Anthony Child (aka Surgeon) in collaboration with visual artist Ali Wade. Surgeon is one of the leading figures of kraut and industrial-inspired UK techno. In this performance, Child leaves the dance floor to explore ambient-like soundscapes, focusing on the development of timbre and texture.

On Friday, the second day, the music shows will start in three different stages specially adapted for the event. At 20.30 we will see Ictus featuring Wolfgang Mitterer & Marc Ducret in the Studio stage. Followed at the HLB stage by the A/V show Rival Consoles, Vessels, and one of the highlights of festival, Gold Panda. British artist Gold Panda returns to BEAF for the second time with his new work, Good Luck and Do Your Best, which is the result of a series of trips across Japan with photographer Laura Lewis to gather visuals and field recordings. The work has a spirit of nostalgia and a pleasantly handmade feeling — due maybe to the use of MPC samplers. Sound-wise, it is unlike any electronic music made in 2016. 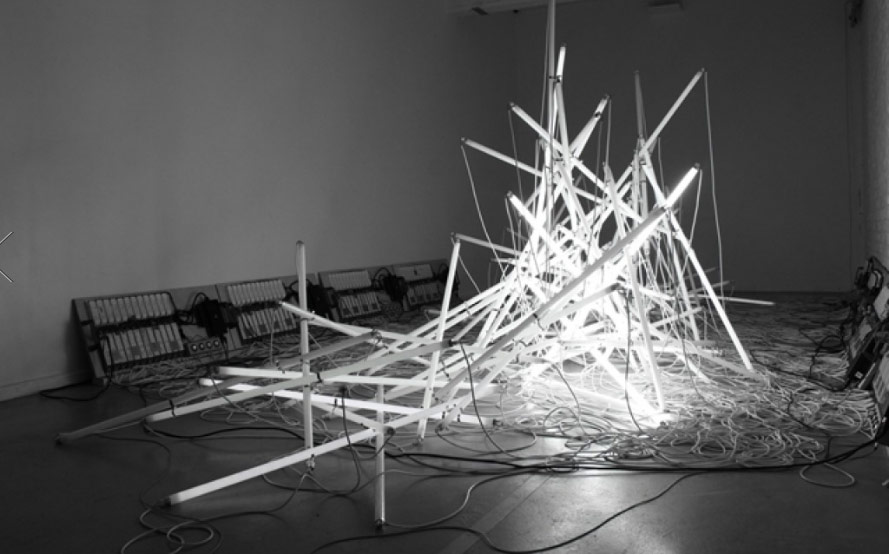 At the same time, the next sets of artists will be presented at the stages Terarken 1 and M Hall. On the one hand, SKY H1, Jlin, Not Waving, and Veronica Vasicka DJ set; on the other, John Bence, Noveller, and Raime.

Saturday –the third and closing day– starts in the Studio stage at 20.00 with Dirk Serries and Aidan Baker, followed by Tim Hecker & MFO at the HLB stage, where Plaid & The Bee and the highly regarded James Holden, joined by a live band, will present his brand new project right after. The British producer and composer’s love for analogue synths, warm and leftfield electronica has become a trademark of his sound.

Terarken 1 stage will host Silk Saw, the band Damien Dubrovnik, Ron Morelli DJ set, and last but not least, Ripit. Besides that, the M Hall stage will celebrate Italian born and LA-based musician Alessandro Cortini, whose emotional show at this year’s Atonal was very well received. At night, two A/V shows by Ryo Murakami and Ueno Masaaki will close the music performances of this year’s festival.

To finish the peregrination through this year’s program, on Friday and Saturday, from 20.00 till 01.30, at the Cinematek, visitors can experience poetry in the third dimension with a combination of visuals, reading, listening and movement in a 360° environment via C.a.p.e. Drop-Dog, a virtual performance by the Brussels collective CREW, inspired by two texts by the Dutch poet and writer Tonnus Oosterhoff. Also during both days, the performance Stripe by Arnaud Paquotte offers sound machines, electrified surfaces, amps and lamps twice in the Reception Room, at 20.30 and midnight. 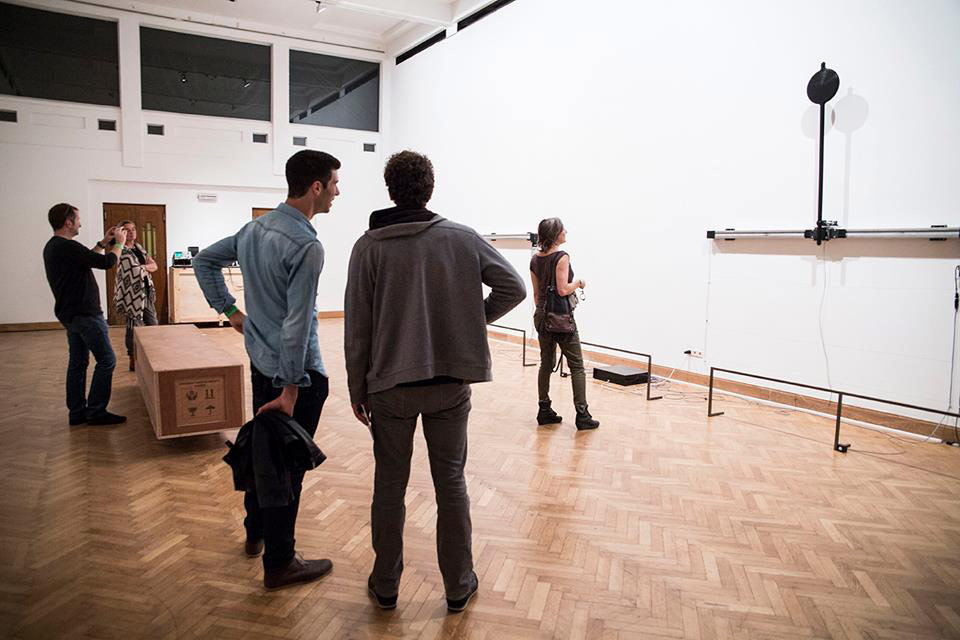 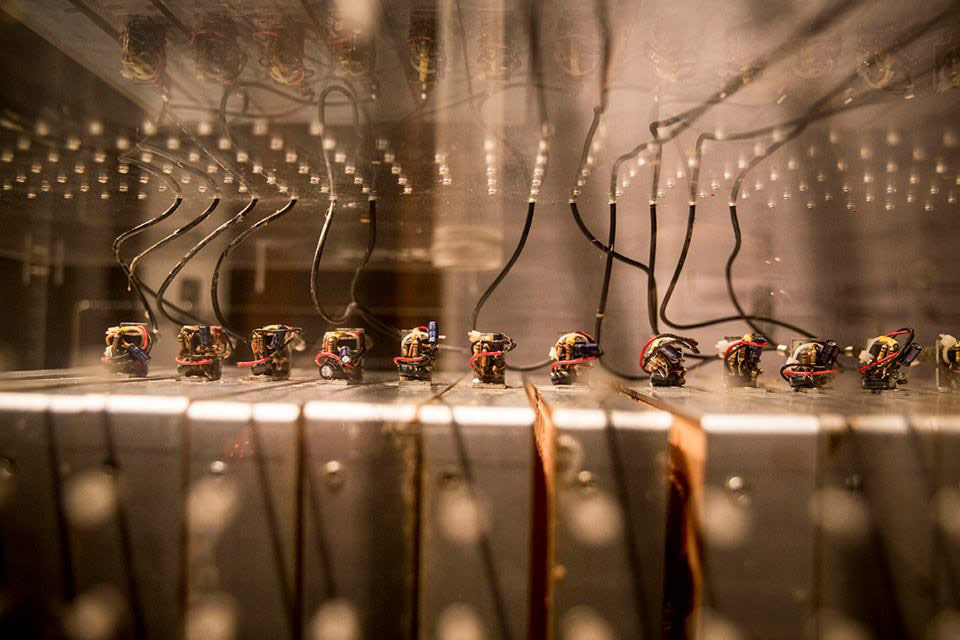 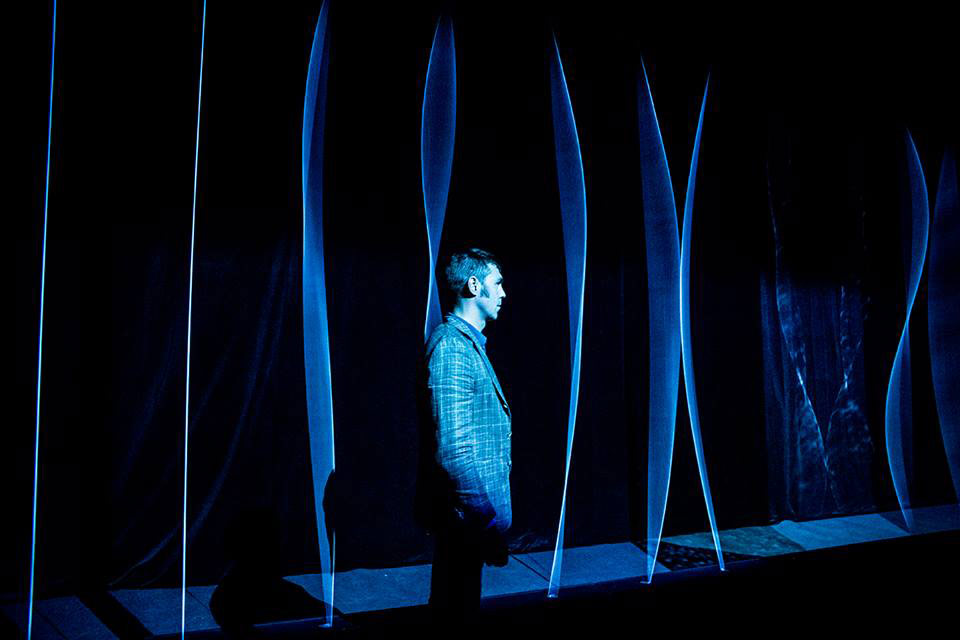 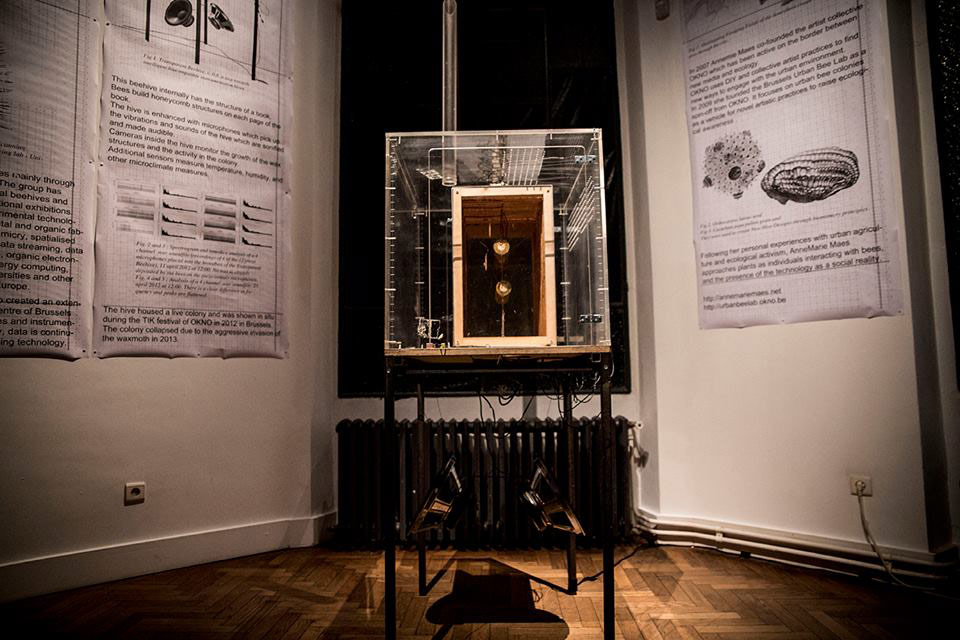 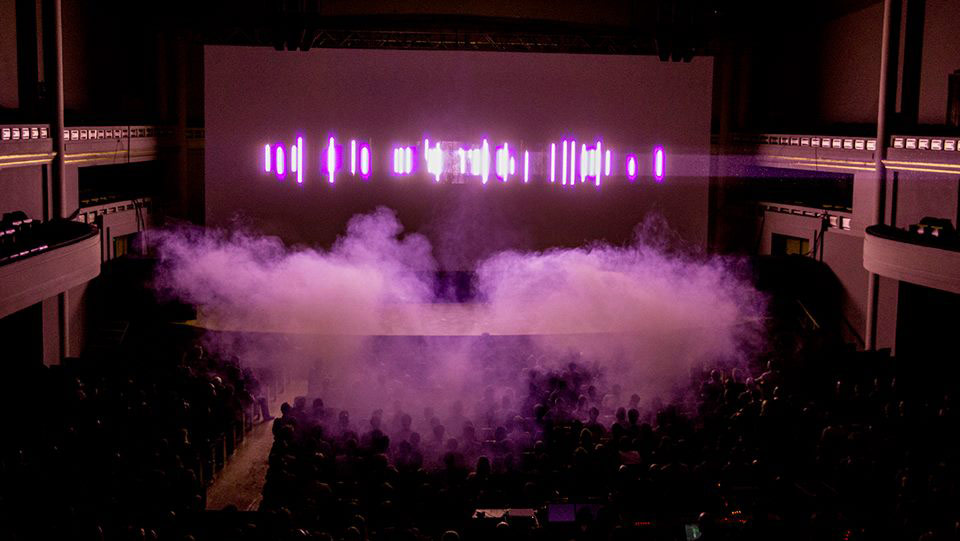 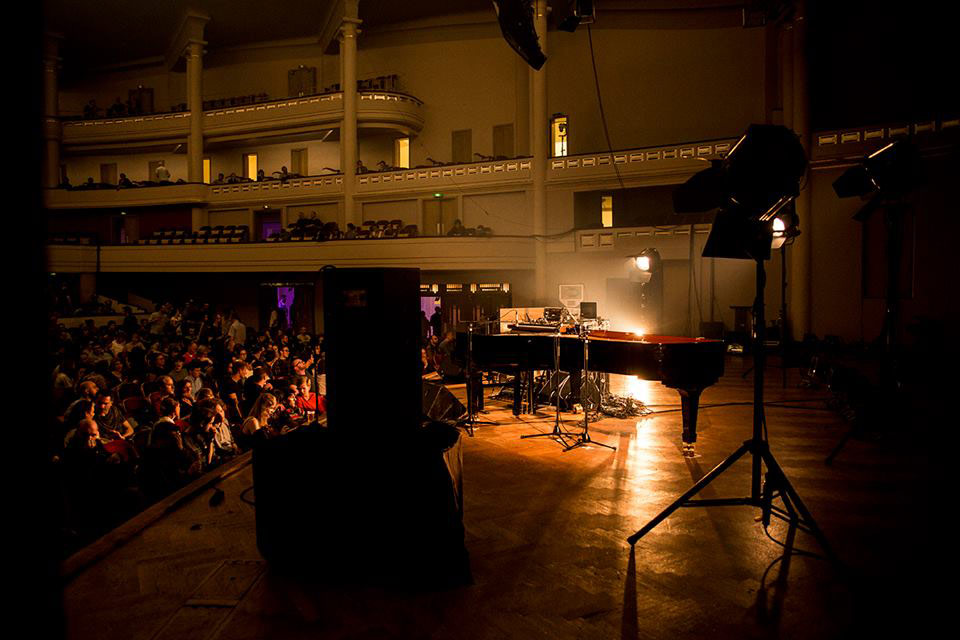 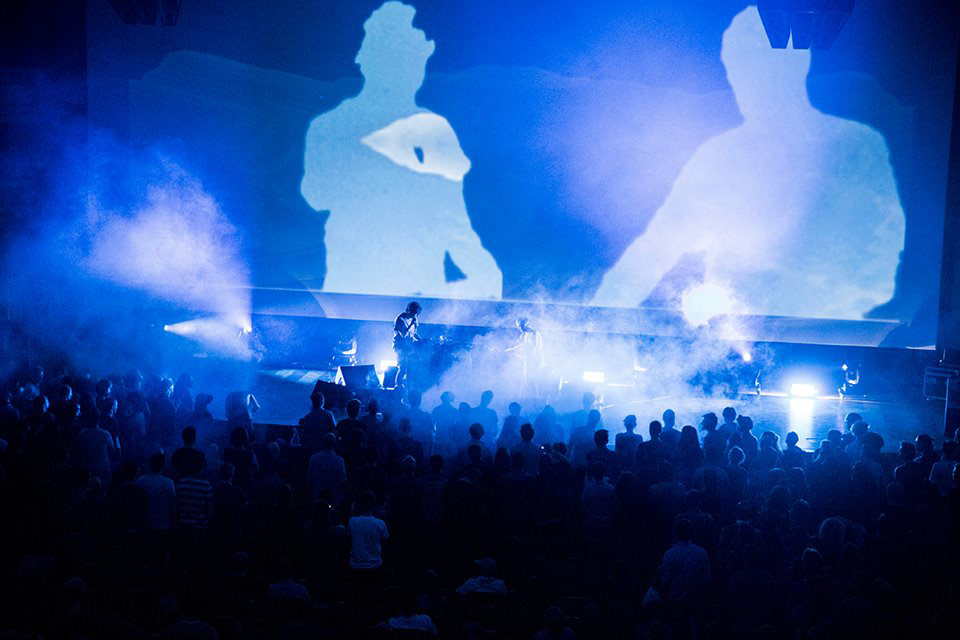 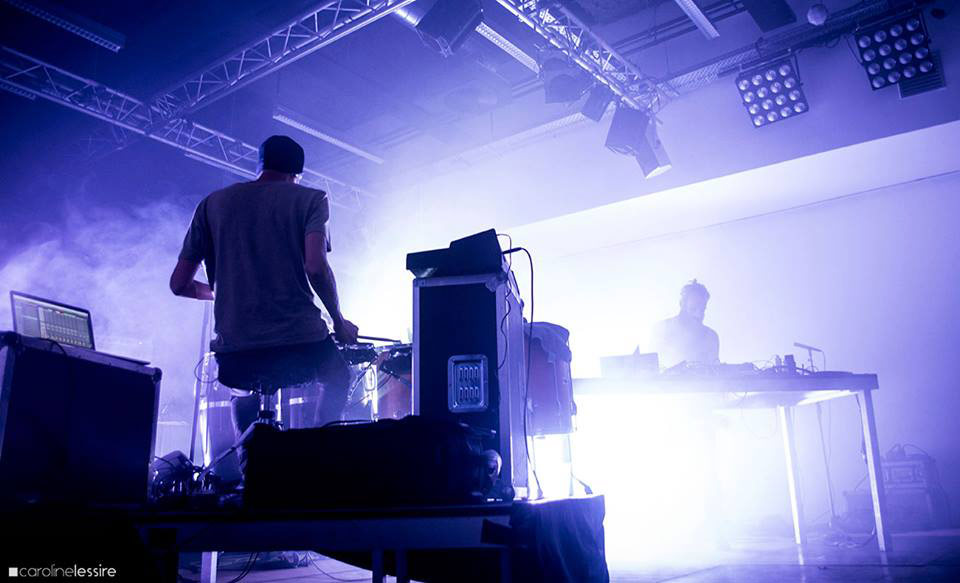 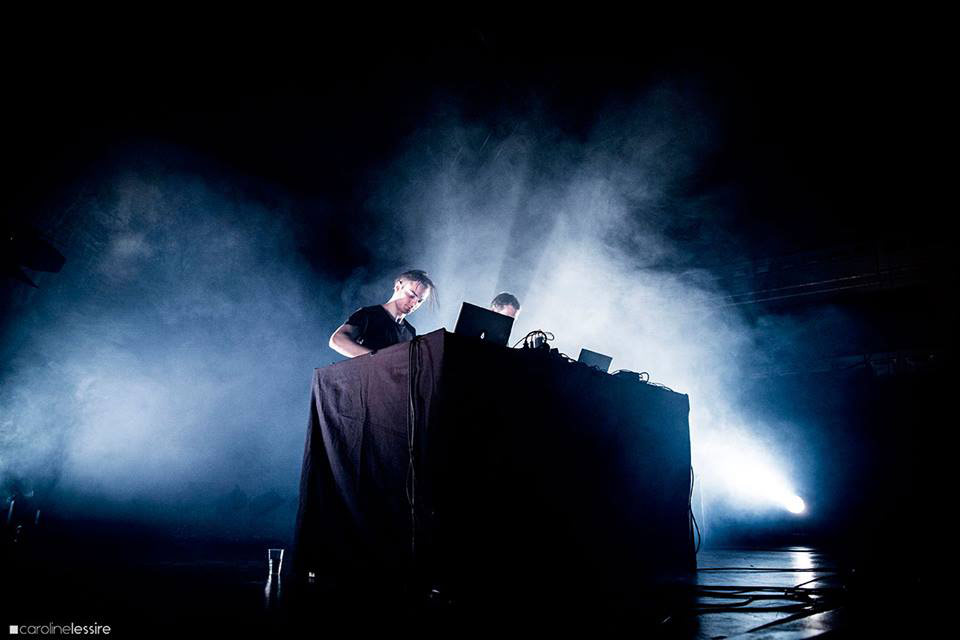 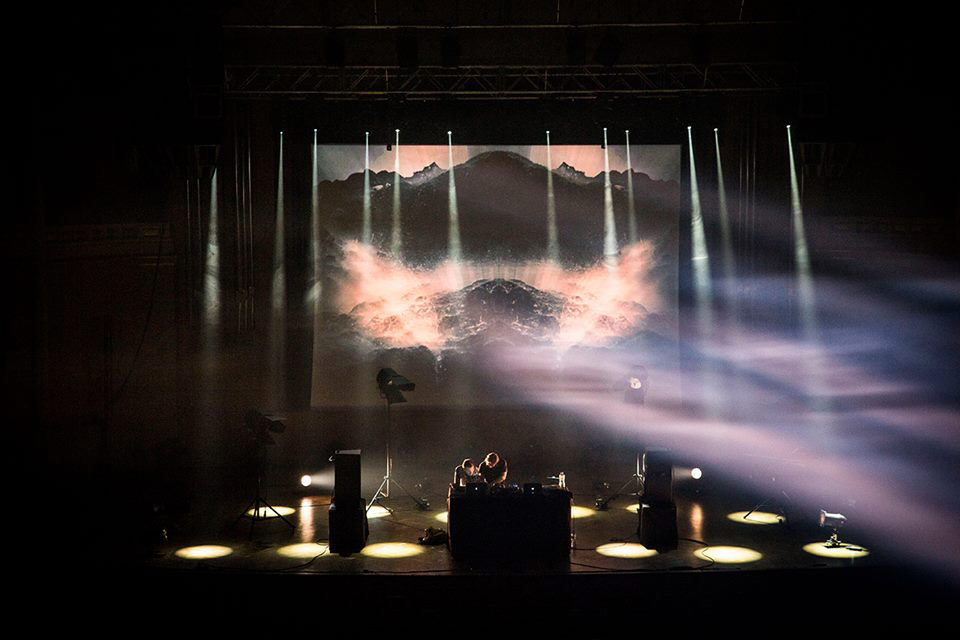 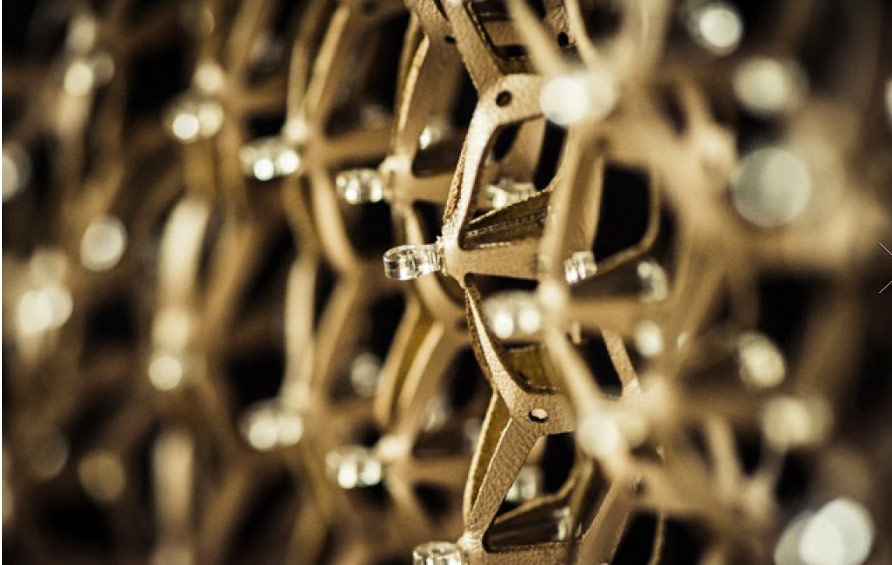