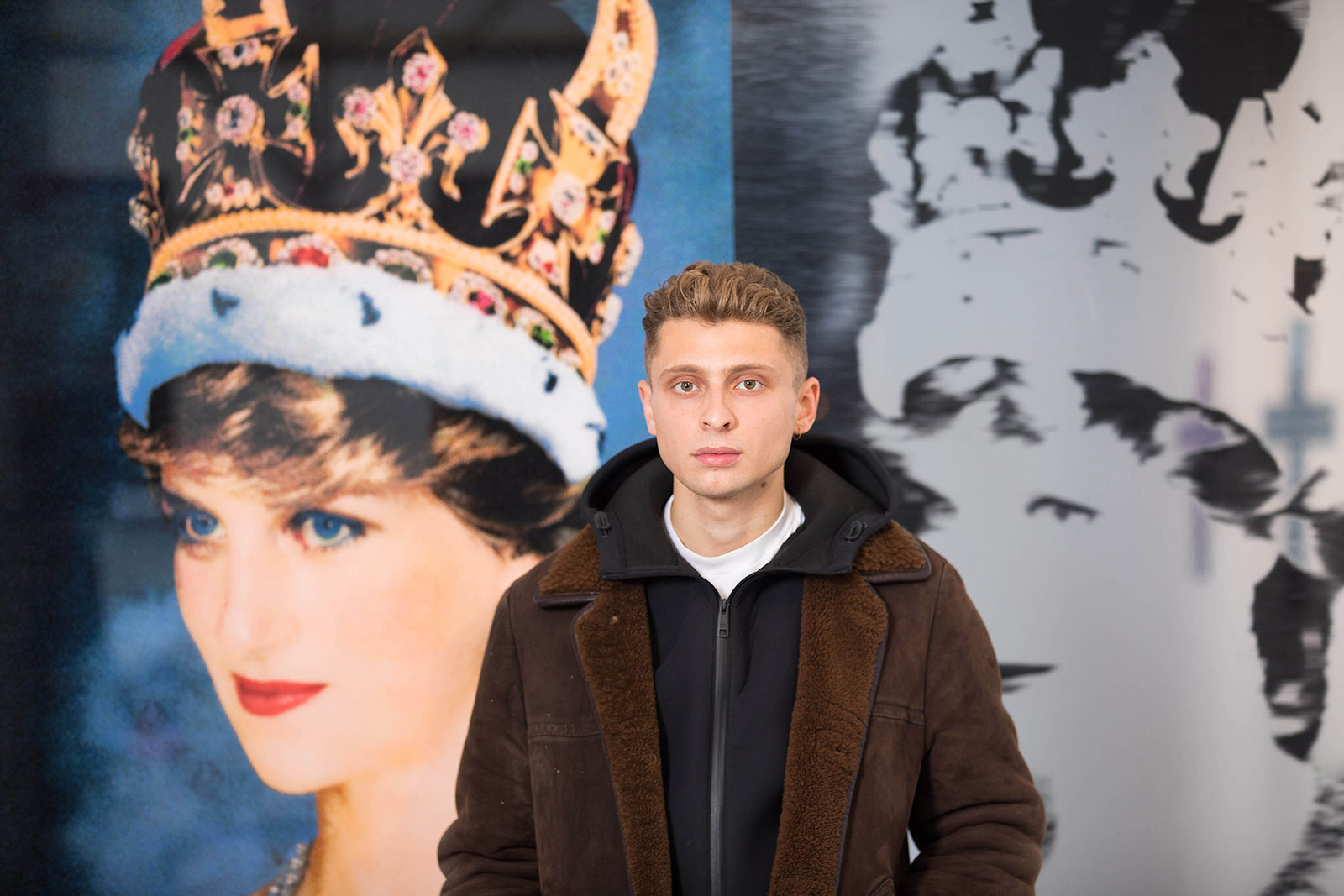 Up-and-coming artist Blondey presents his first solo show, Blondey: Stella Populis at the Ronchini Gallery in London until August 31. The talented 22-year-old exhibits a wide variety of pieces, from a series of acrylic and mirrored crucifixes to portraits of the late Princess Diana, or his Epiphanies, which portray superstars like Rihanna, Drake or Beyoncé on toasted bread.
Religion, faith, and a touch of dark humour characterise the British artist’s latest exhibition. Shameless and unapologetic, Blondey turns Christian imagery and the crucifix symbol into works of art that merge pop culture with tradition. If believers see Christ’s face in stained blankets or walls, the artist gives the theme another spin and creates portraits of modern-day Messiahs – from David Beckham to Ellen Degeneres or LeBron James – on toasts. Continuing to subvert the meaning of iconic characters, he also portrays Lady Di in a diptych, or John ‘Plato’ Crawford – who was shot in the 1955 film Rebel without a Cause –in the exhibition’s centrepiece, The Loved One, a human-scale sculpture of a man crucified – which even features real human hair.

Signed to Kate Moss’ talent agency, Blondey is more than an artist; in addition to that, he’s also a skater and a model, having starred in editorials and campaigns by Arena Homme+, Valentino, Burberry, or British Vogue. Not only that, his interest in fashion has turned him into a designer as well, launching a collection of sunglasses back in April this year. And with more than 278k followers on Instagram (and counting), he’s definitely a one to watch.
The exhibition Blondey: Stella Populis by Blondey is on view until August 31 at the Ronchini Gallery, 22 Dering St, Mayfair, London. 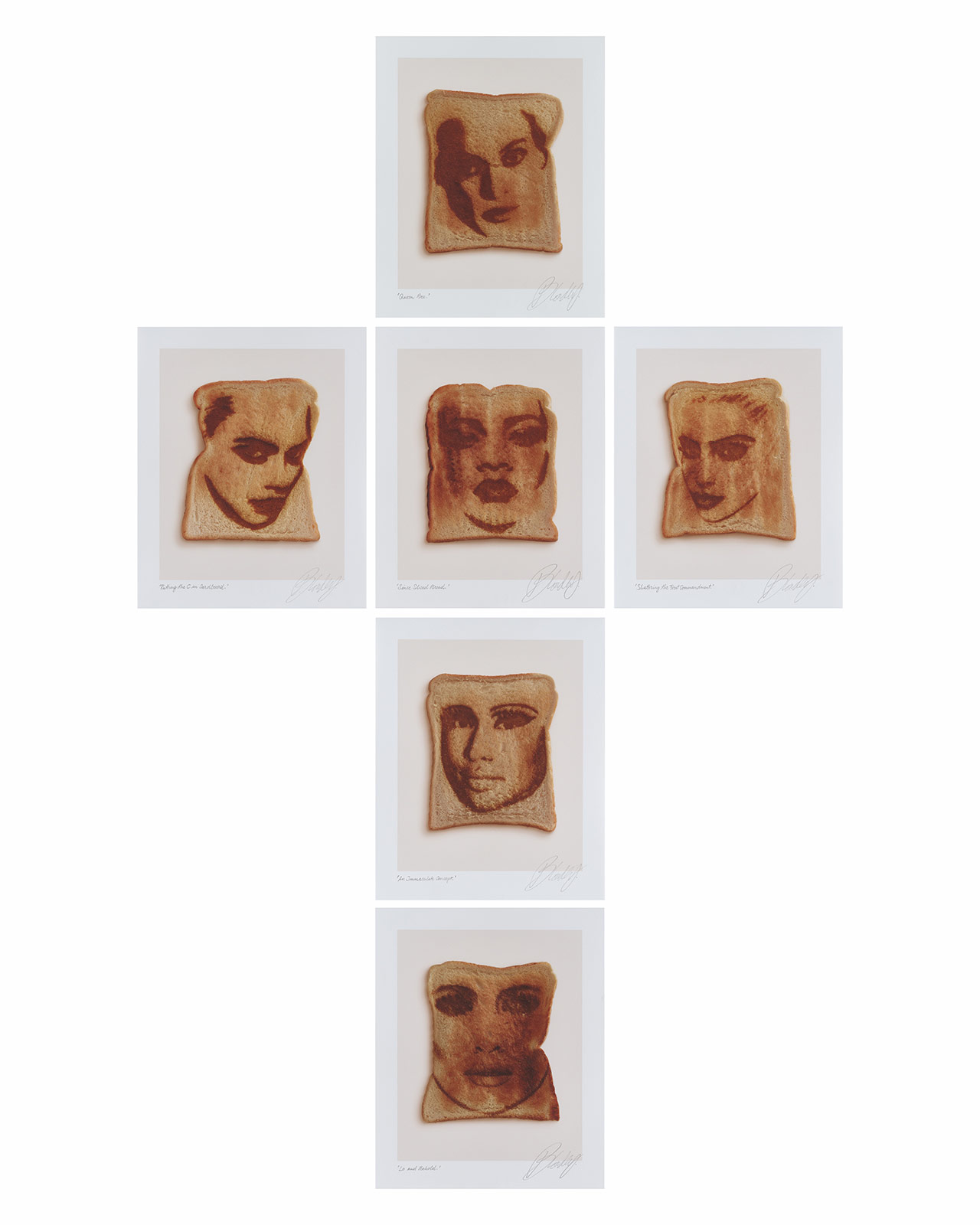 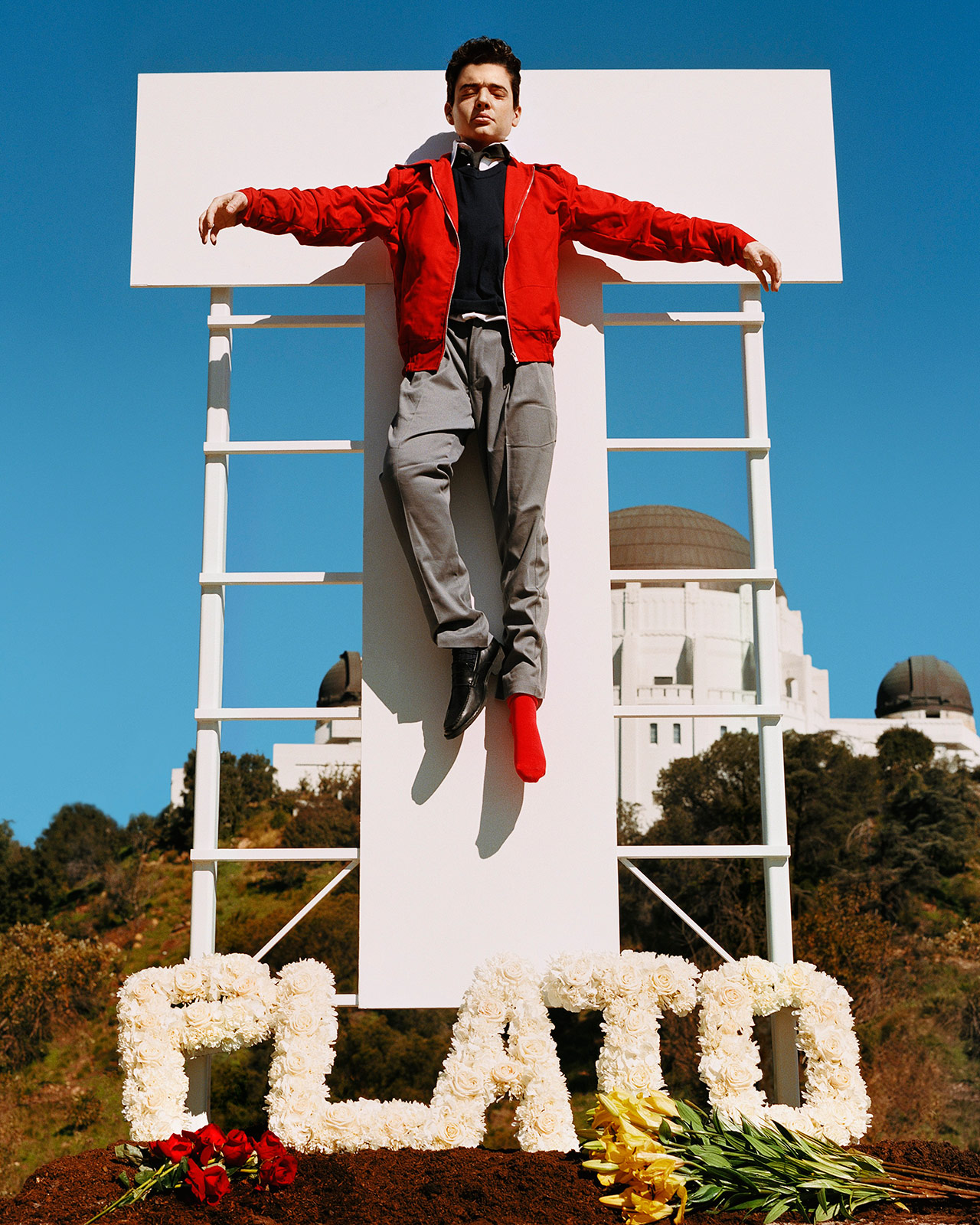 The Loved One, 2019. Fibreglass and silicone body, human hair and clothing on a steel and plywood crucifix. 114 x 72 cm. Photographed by Alasdair McLellan 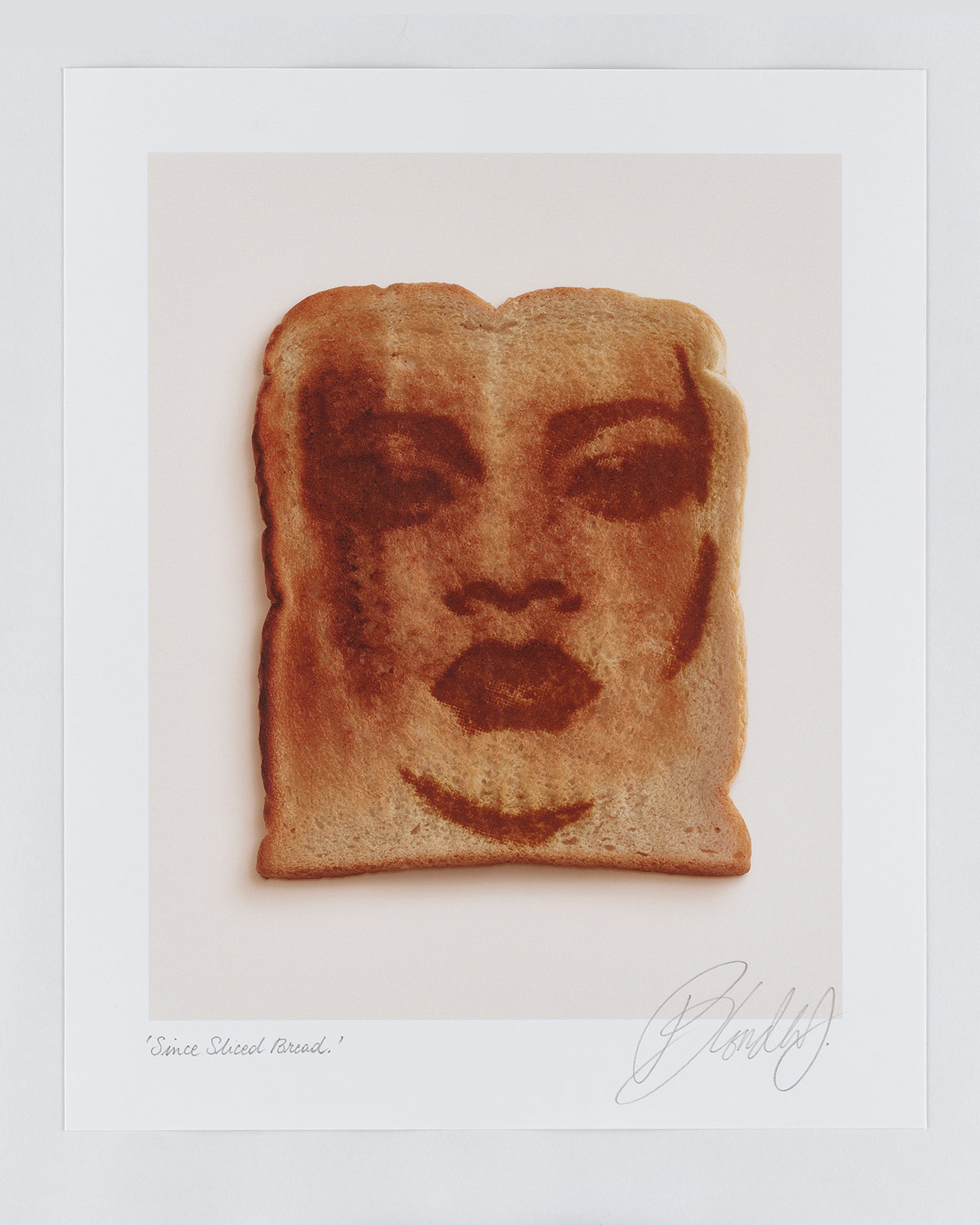 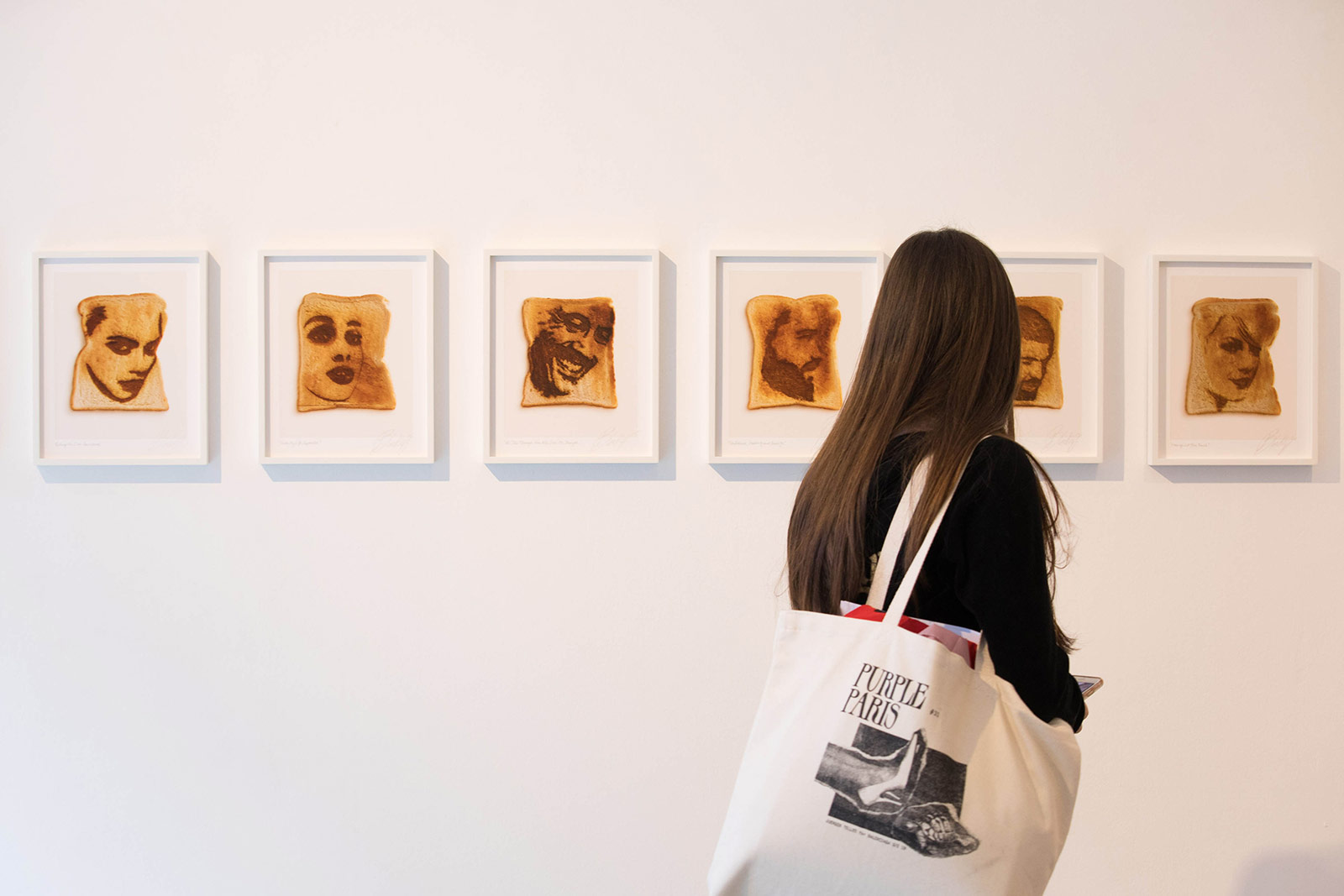 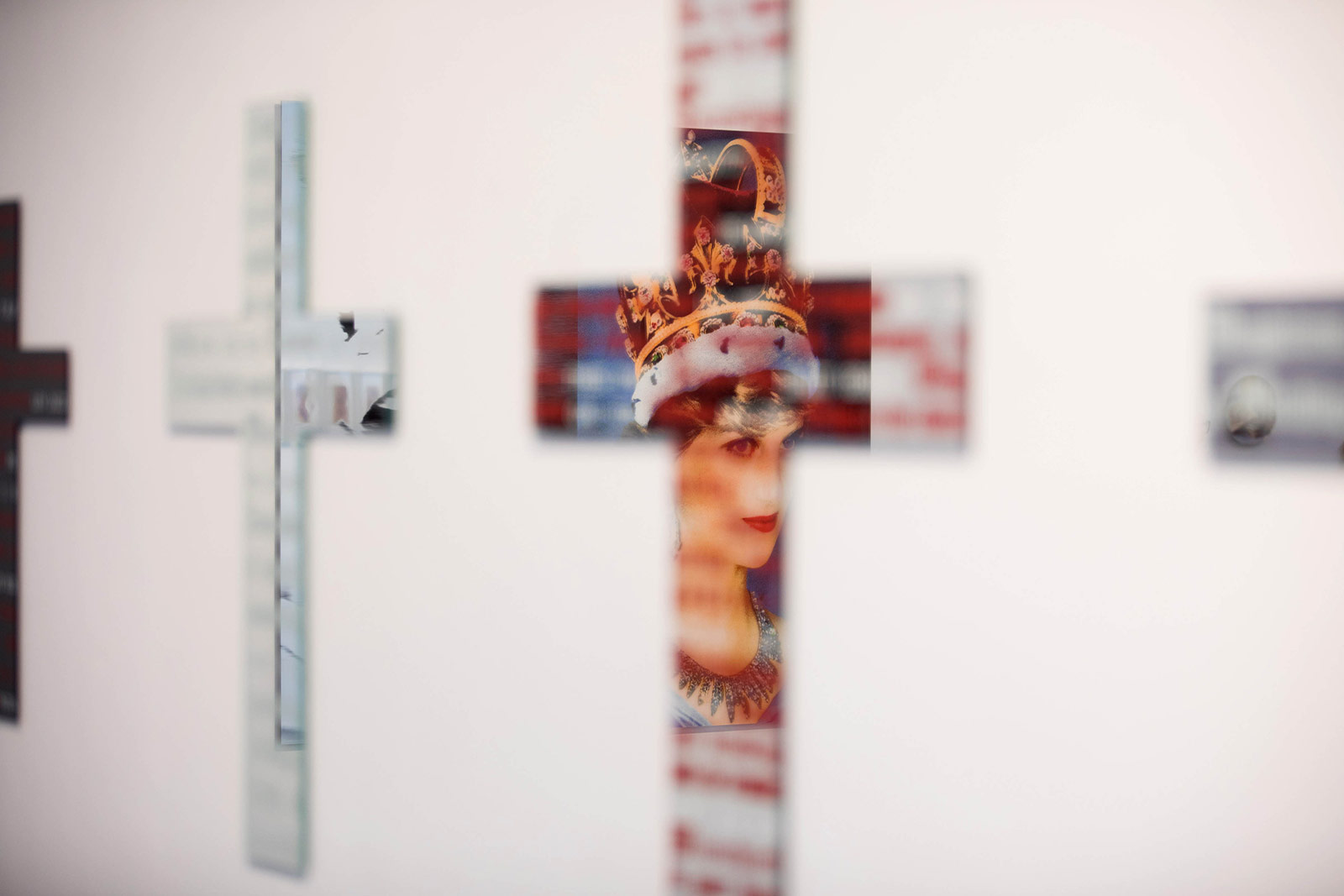 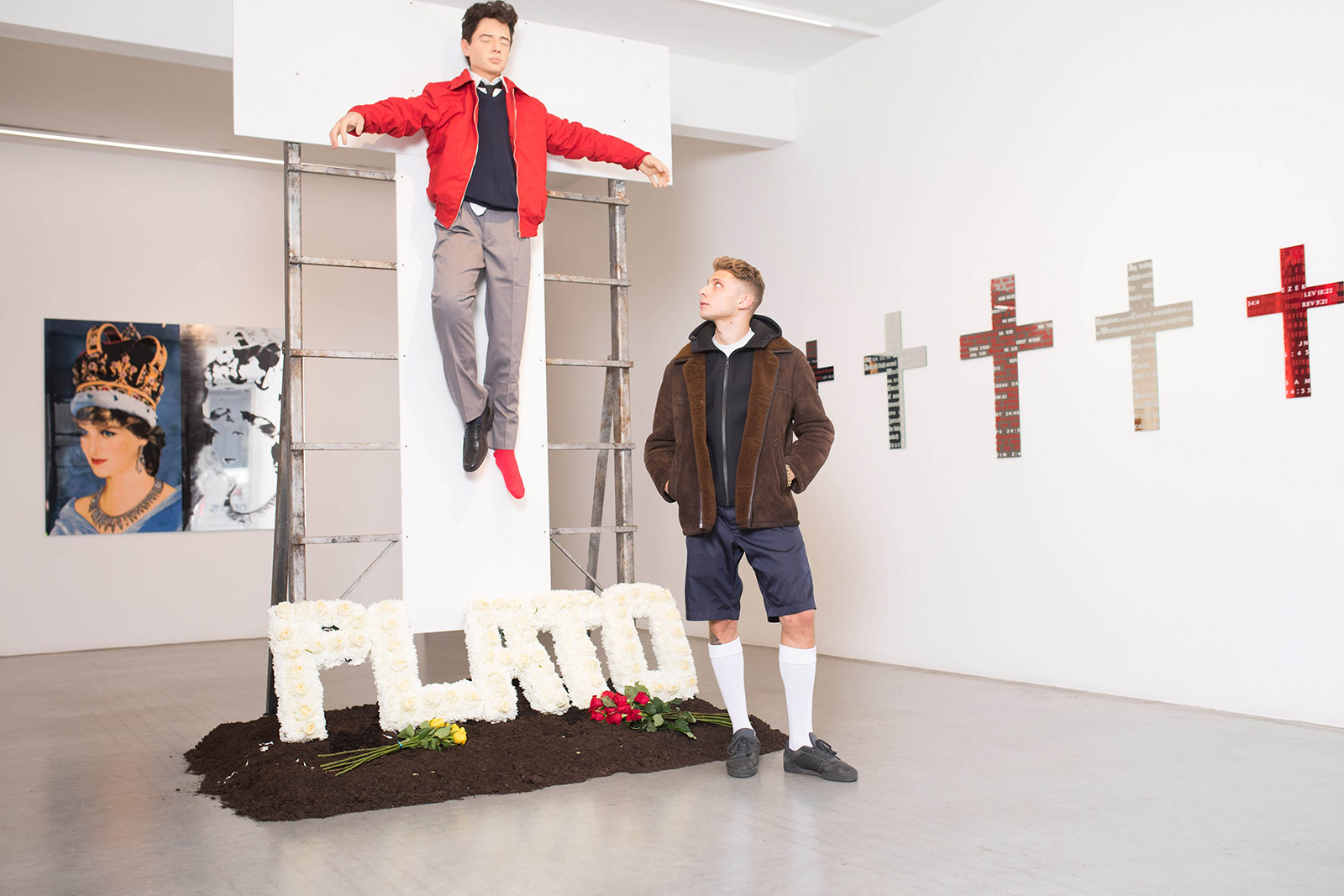