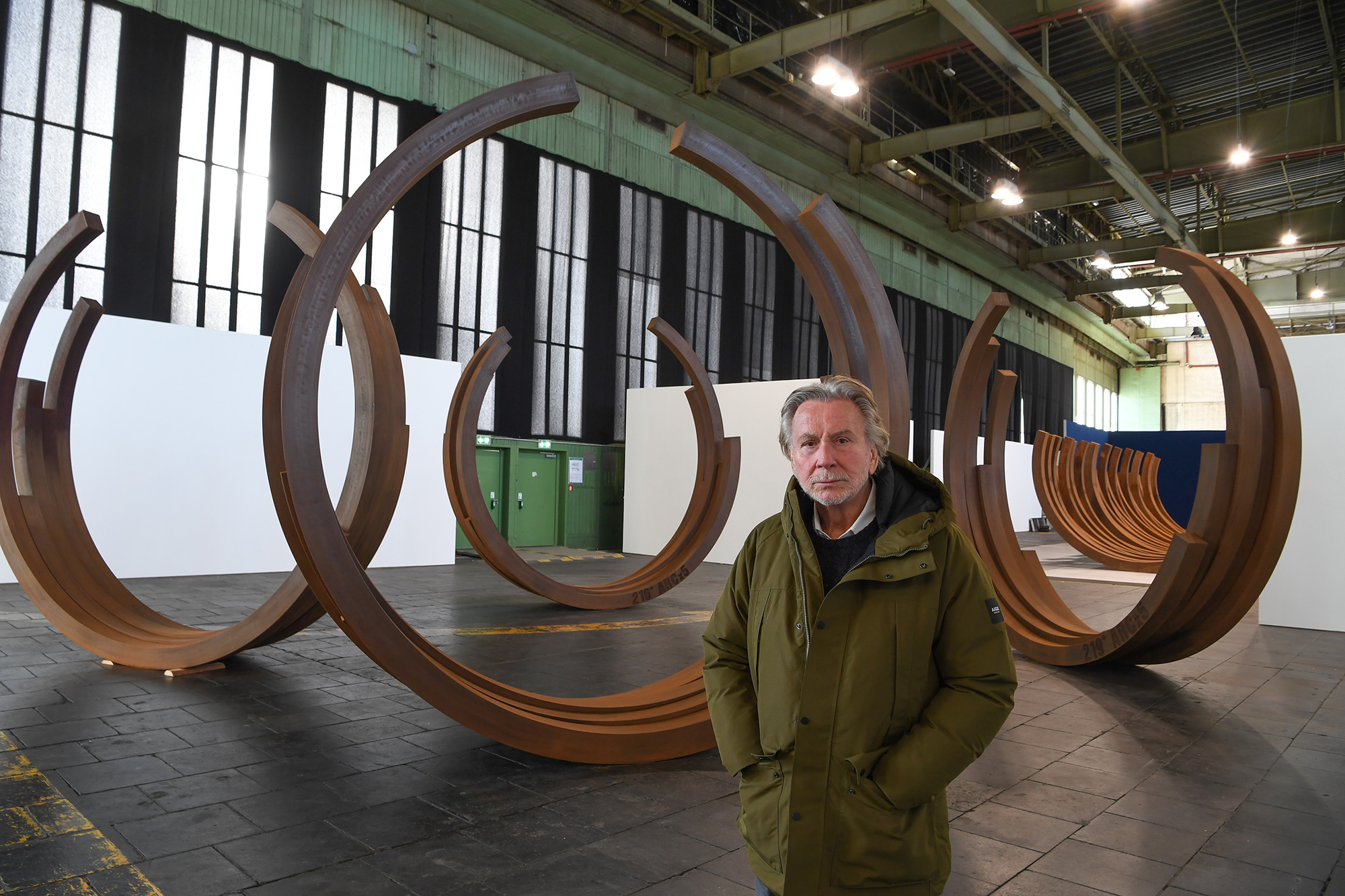 The largest and most comprehensive retrospective of the internationally acclaimed French artist Bernar Venet has arrived in Berlin. Presenting over one hundred and fifty works that reflect his versatility in all its facets: as a sculptor, painter, performance artist and radical conceptual artist. While using multiple mediums, Venet’s work always aims to bring something new to art and to let the public reflect on it. As the artist once said: “It’s not art if it doesn’t change the history of art.” Bernar Venet, 1961—2021. 60 years of Sculpture, Painting & Performance is being exhibited at the reappropriated Tempelhof Airport’s hangars 2 and 3, and it’s on view until May 30.
Organised by the Stiftung für Kunst and Kultur (Foundation for Art and Culture) and curated by Walter Smerling, this exhibit traces the artist's career from his beginnings in his studio and presents his most outstanding sculptures and paintings that have not yet been on display. Throughout the duration of the show, you will get to see live performances by the artist. Bernar Venet aspires to portray his own perspective of the world by reshaping his environment through art. At the same time, he manages to change the viewers' perspective of their surroundings by installing his signature steel lines, arcs and angles into the space. His goal is for the observer to not only sense a change in how the space is seen but also in how it’s felt.

One of his most interesting approaches is the use of mathematics in his works. The difference between him and other artists is that he uses the linguistic aspect of mathematics. For Venet, it’s a new proposition, a new way of expanding art. With these paintings, he rejects formalism as much as the idea of abstraction. These diagrams leave the public with only one level of signification, leaving no room for interpretation.

His performances allow us to get a deeper understanding of his work. You now have the chance to see his Domino Effondrement performance, in which he uses a forklift to push an array of corten steel arcs (weighing over thirty tons) and making them collapse creating a domino effect and leaving them scattered and laying on the floor. Or The Steel Bar and the Pictorial Memory of the Gesture, which crosses the mediums of performance, painting, and sculpture. In this performance, he uses a steel beam coated in paint, that keeps leaving the trace of the movement of the bar on the exhibition wall. He intends to demonstrate that the body can be used as a tool to bring the mathematical concept of the line to life.

This is your chance to open your mind and see on-site how Venet constantly pushes boundaries of what has already been achieved in art, trying to give it a fresh and new dimension. On top of that, there will be new unseen pieces, and all across the 8,000-square-meters of the emblematic Tempelhof Airport in Berlin. This show is the first in a series of exhibits that will take place at the Kunsthalle Berlin over the next to years, so keep an eye out for more to come!
Bernar Venet, 1961—2021. 60 years of Sculpture, Painting & Performance is on view until May 30 at the Tempelhof Airport. Hangar 2 (Entrance) and 3, Columbiadamm 10, 12101 Berlin, Germany. 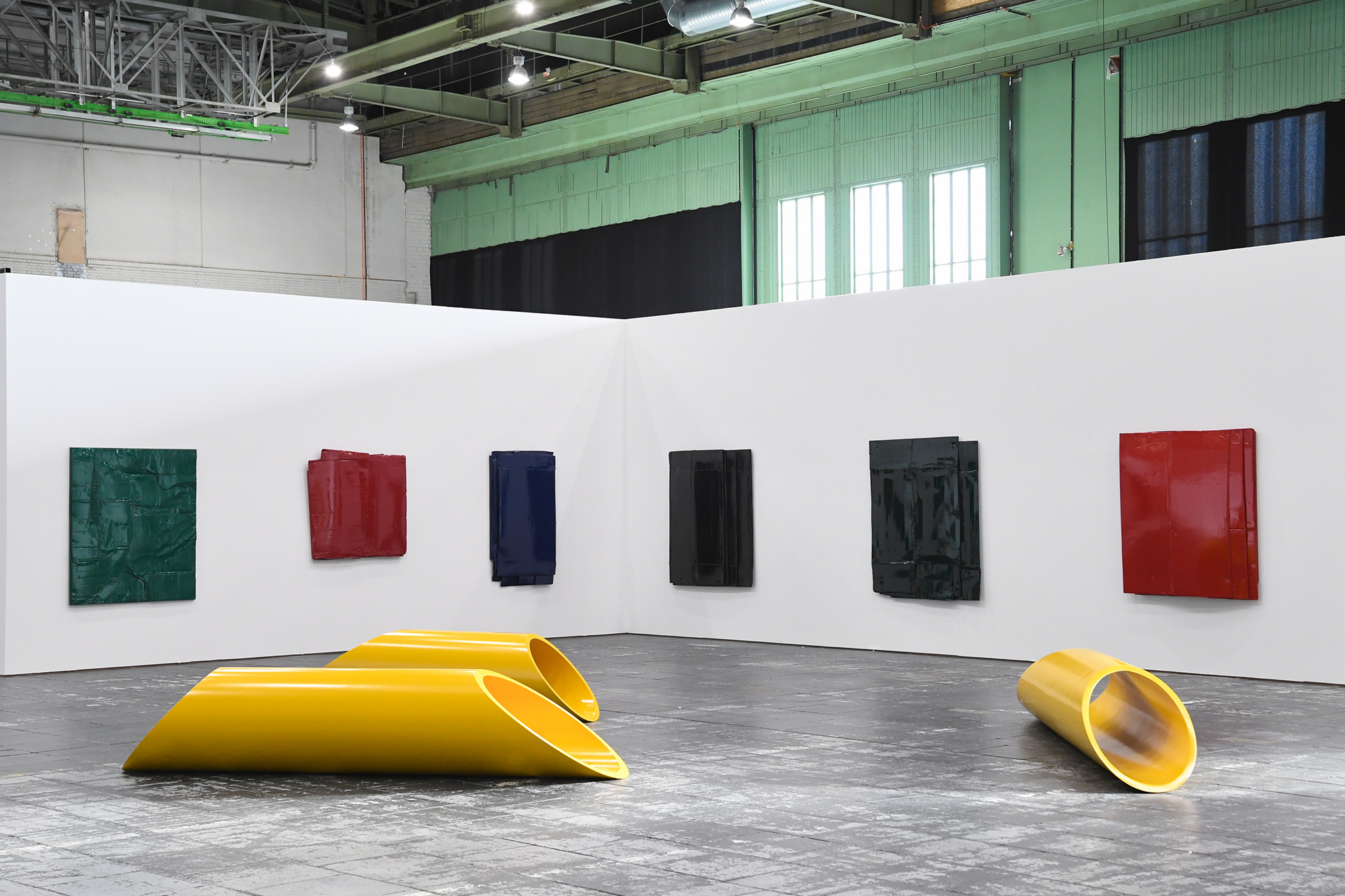 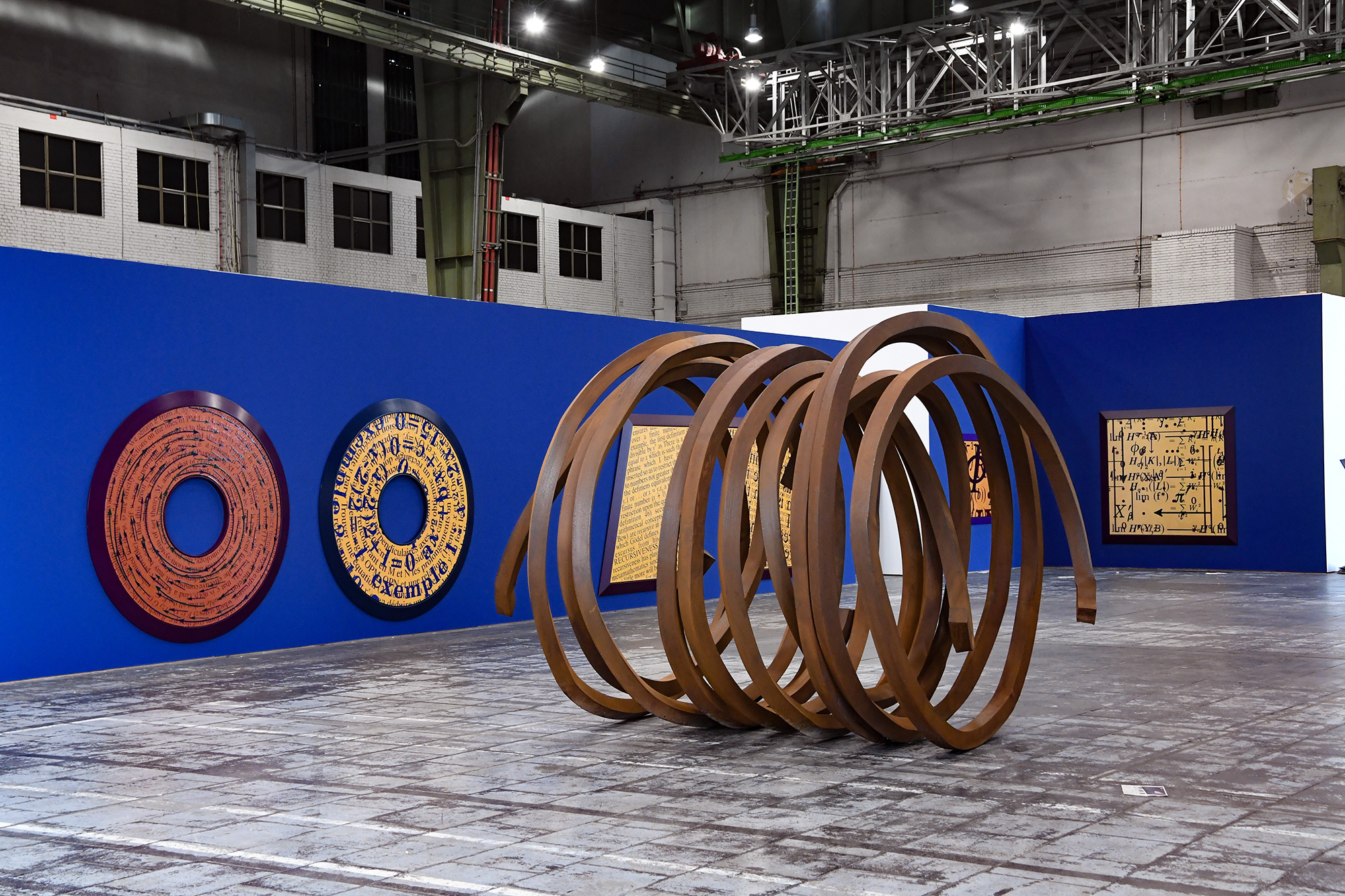 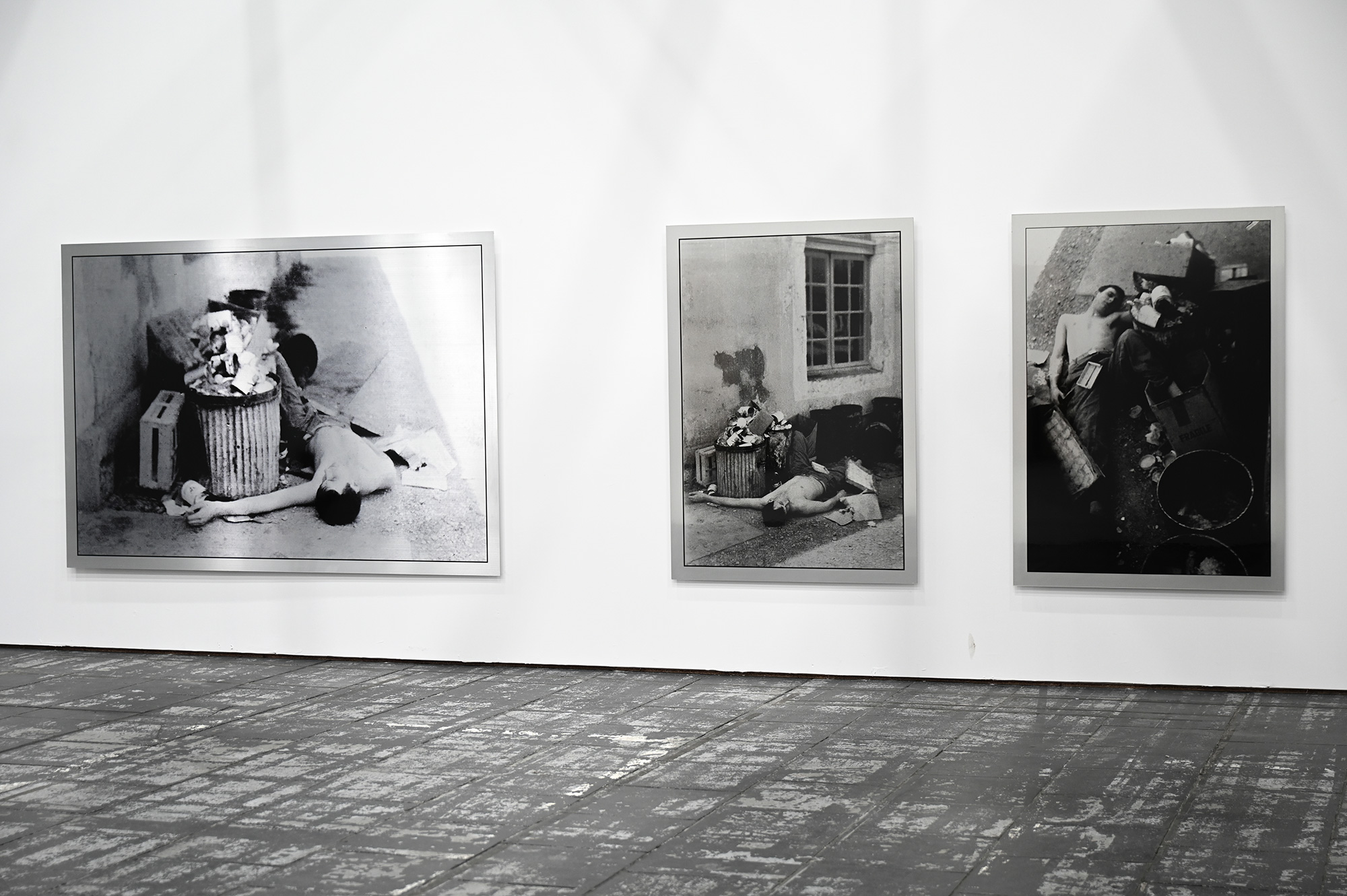 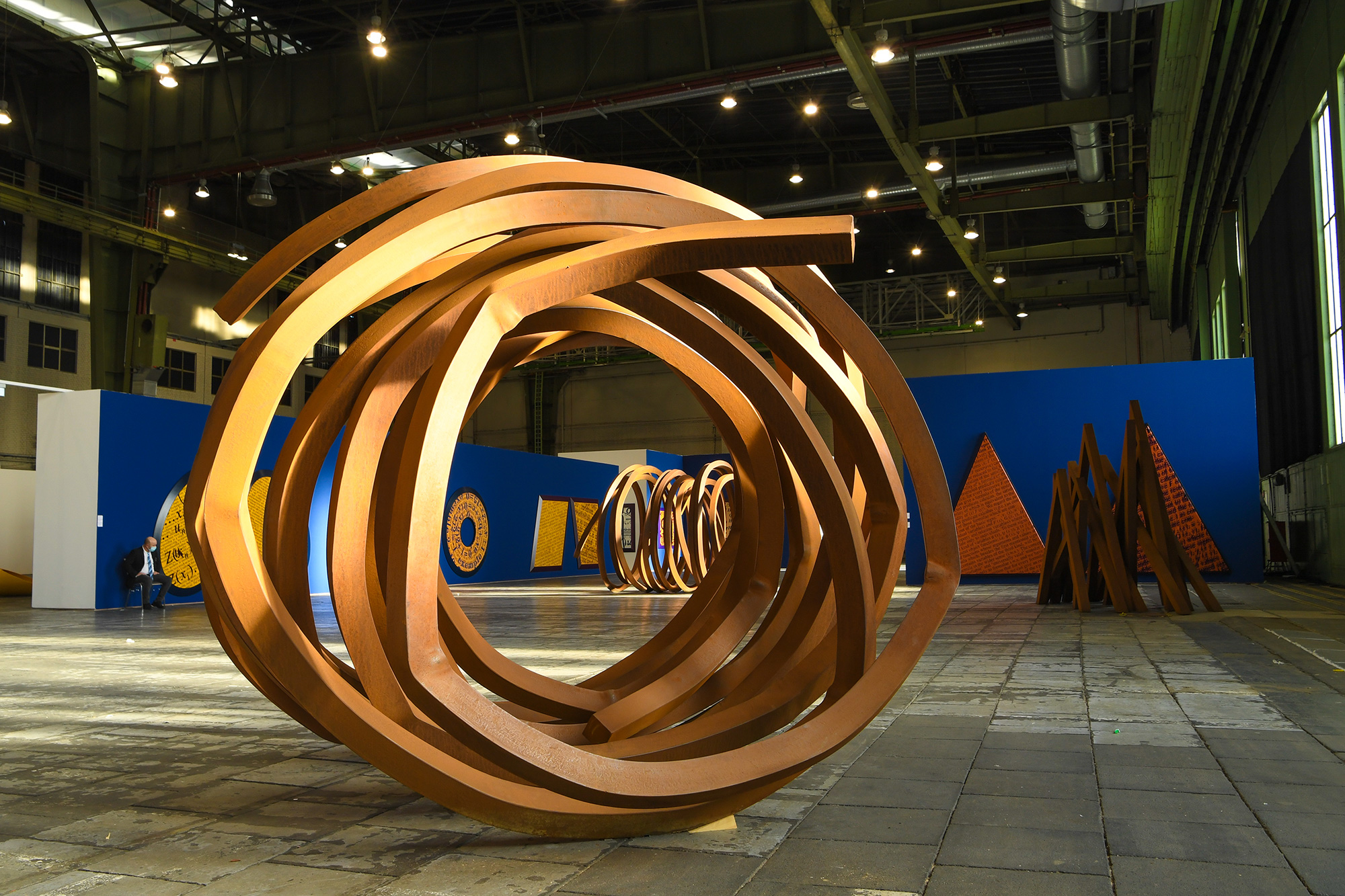 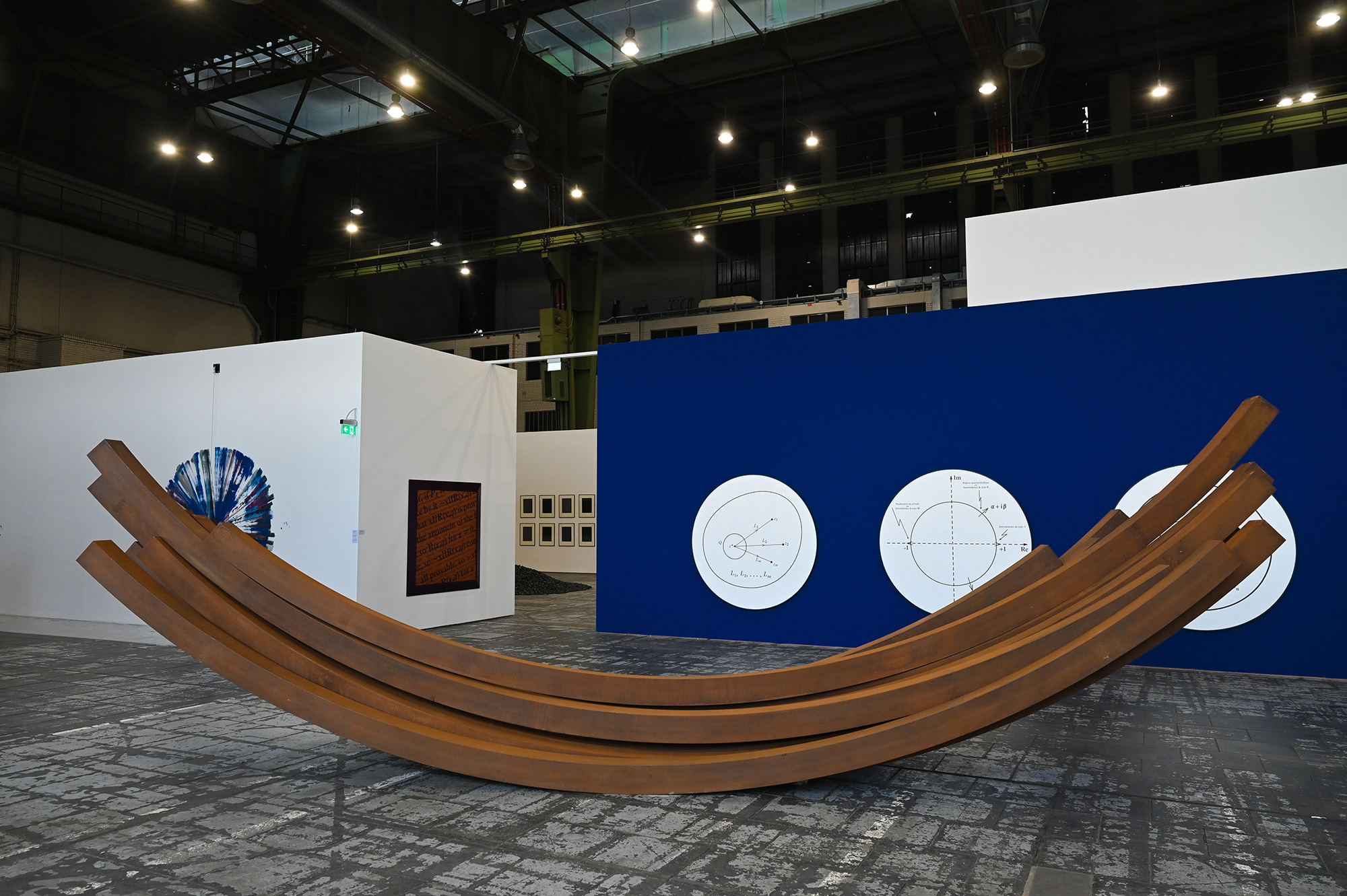 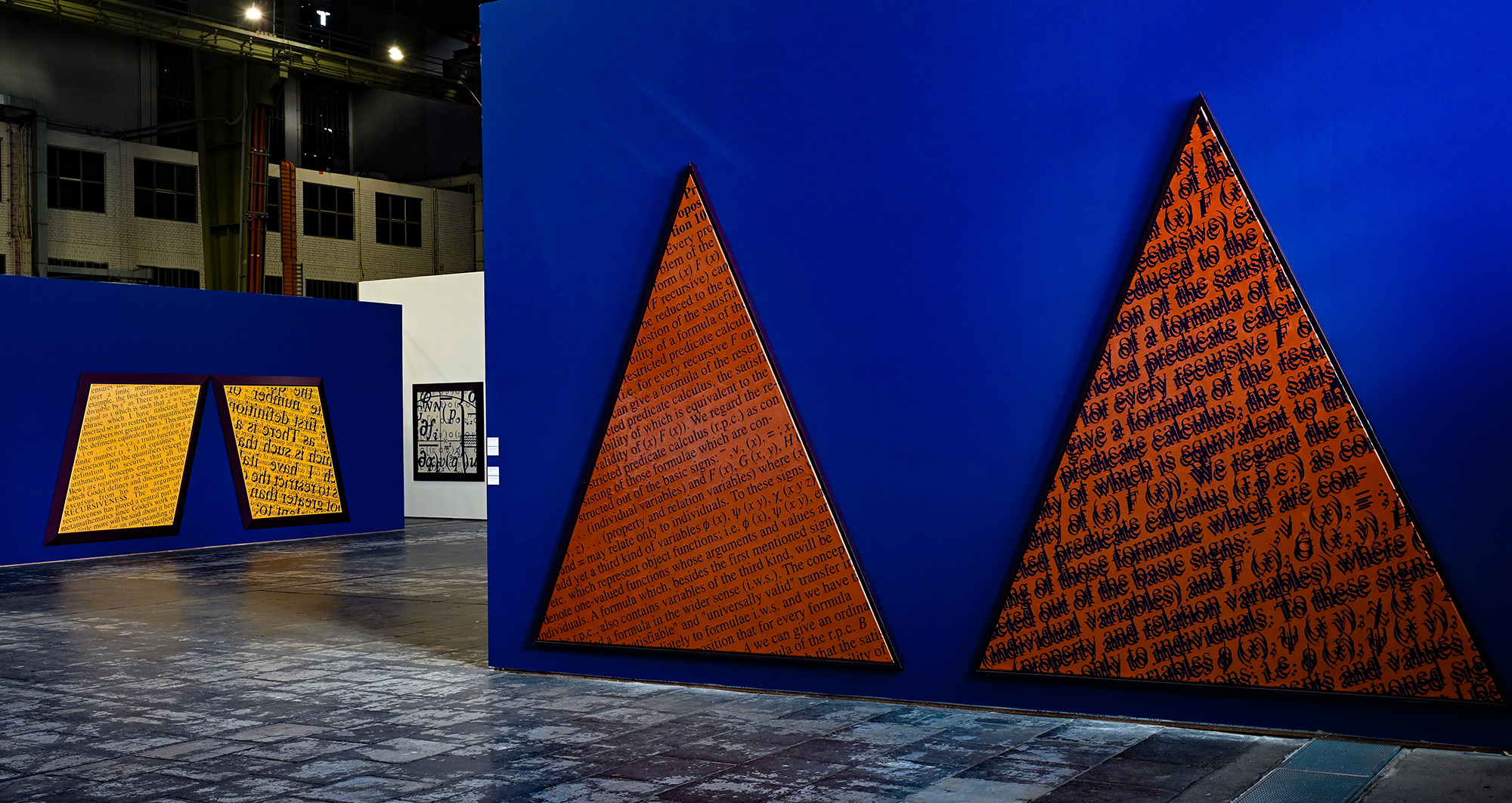 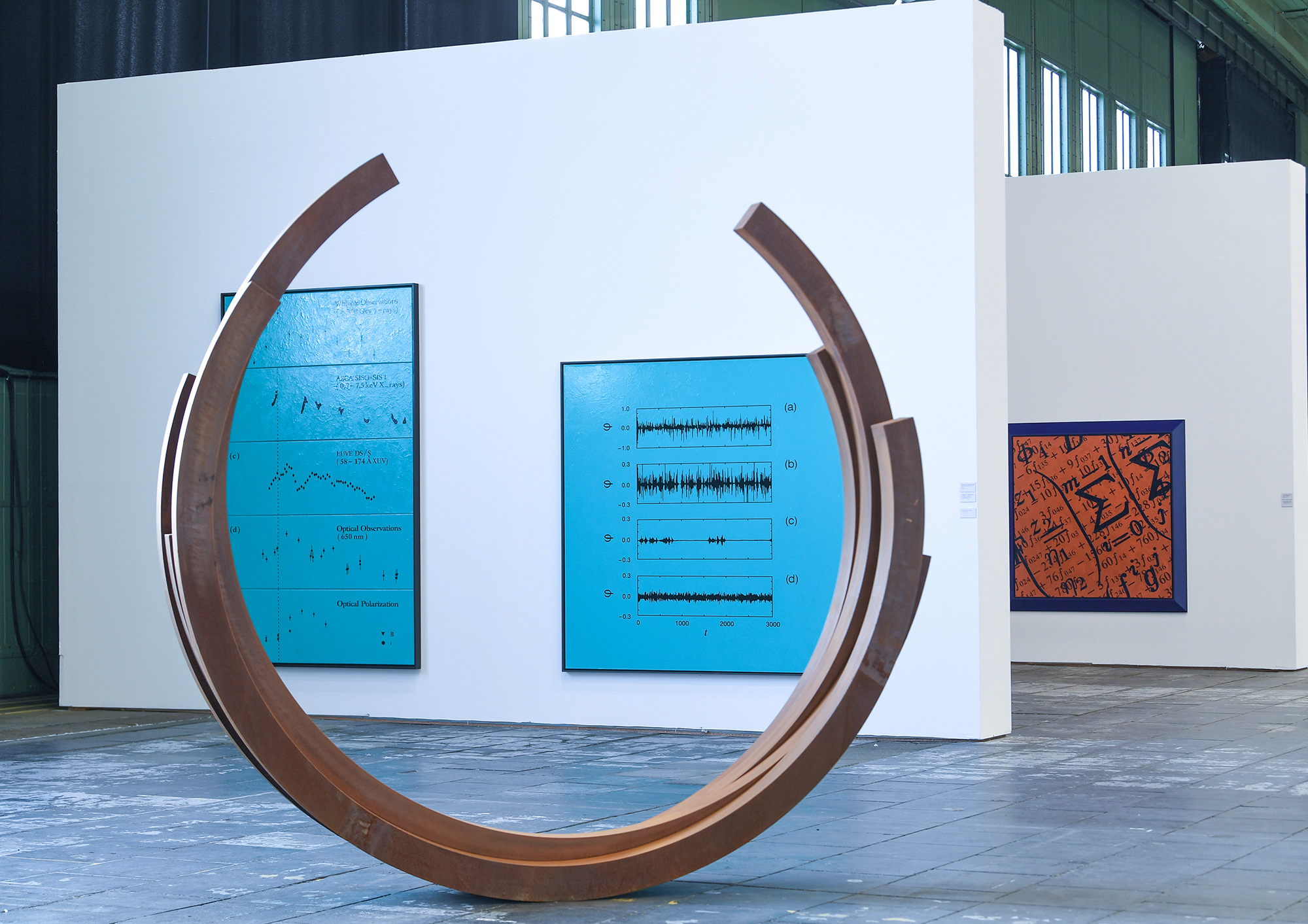 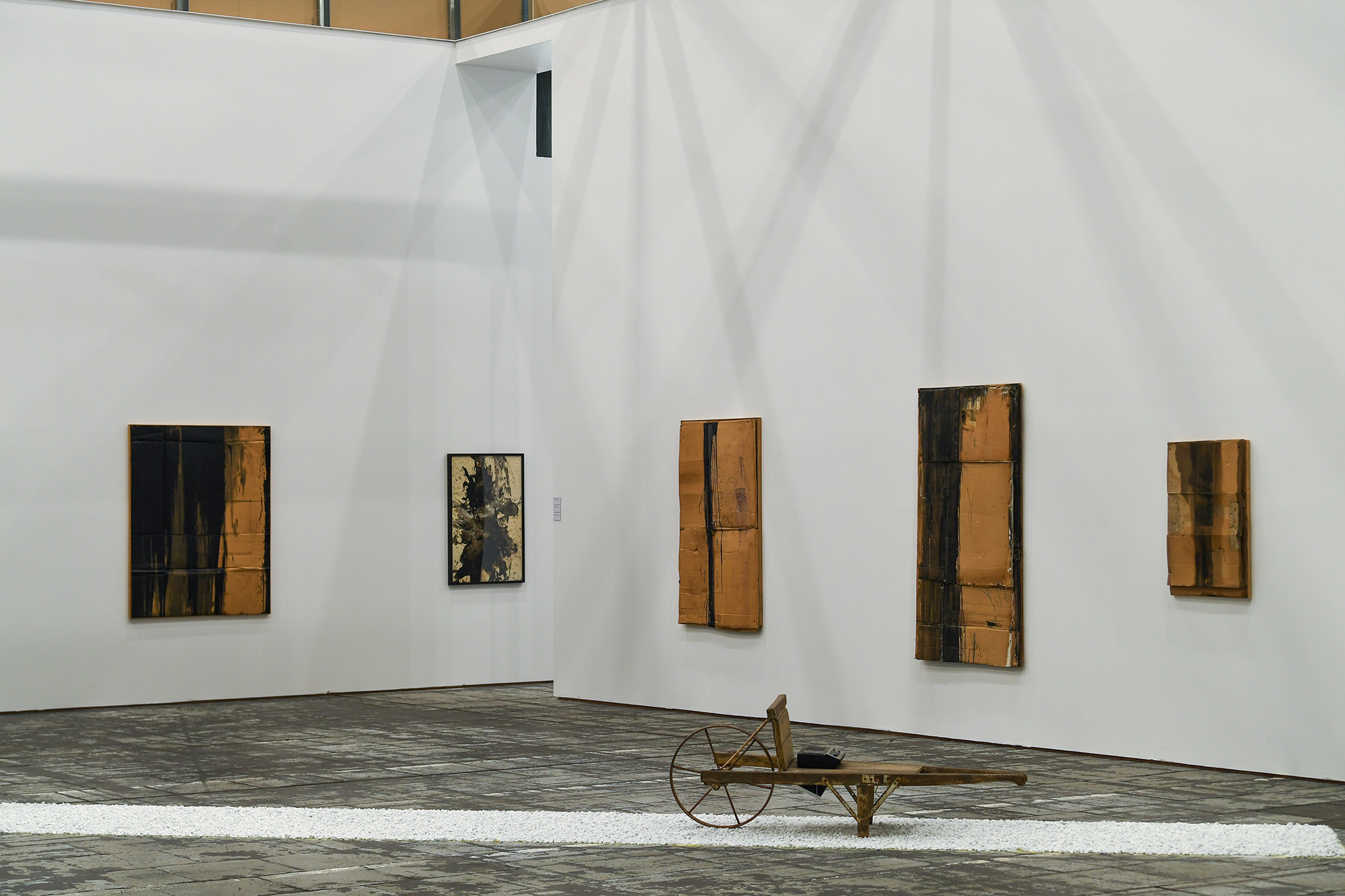