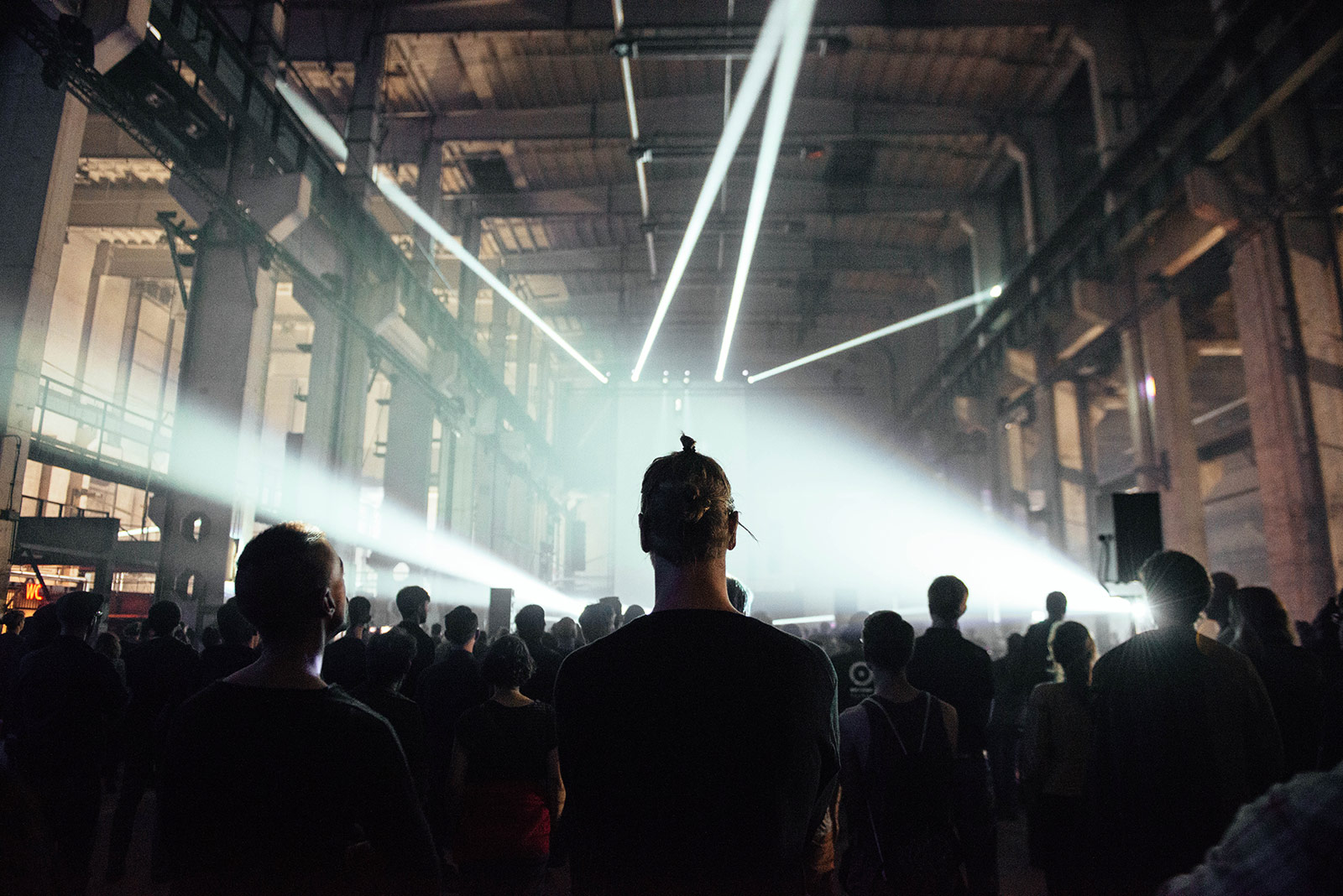 In the 4th iteration since its reboot, Berlin Atonal festival returns to its permanent magnificent industrial location at Kraftwerk Berlin. From August 24th to 28th, projects ranging from avant-garde audio-visuals to dancefloor techno by over 100 artists will be presented for this 2016 edition. 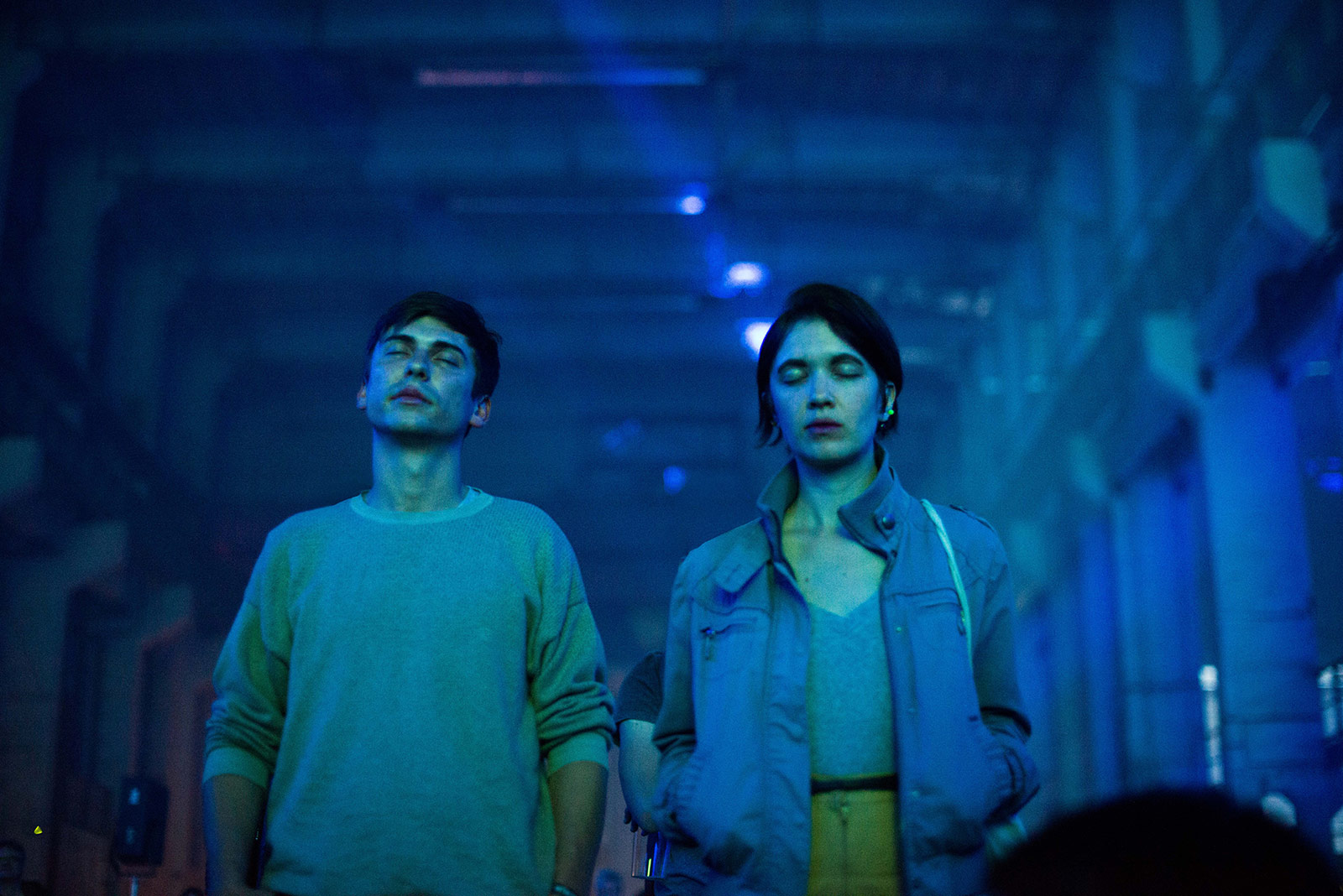 According to Dimitri Hegemann –Atonal and Tresor founder–, “all of a sudden, noise was music.” This is how Hegemann explained the influence of Berlin Atonal on West Berlin's music scene in the ‘80s, when he ran Atonal throughout the decade. In 2013, 23 years after its final edition, the festival came back to life at Kraftwerk Berlin when Laurens von Oswald, Harry Glass and Paulo Reachi took over.

Atonal will showcase brand-new commissions, collaborations, world-premieres, one-off performances, and AV installations across five different rooms: the iconic cathedral-like Main Stage in the first floor, Stage Null in the ground floor to host shows after the Main Stage, the Projektionsraum –which will showcase audio-visual projection art on a site-specific panoramic screen–, the mini club OHM, and, of course, the Tresor for the after parties. 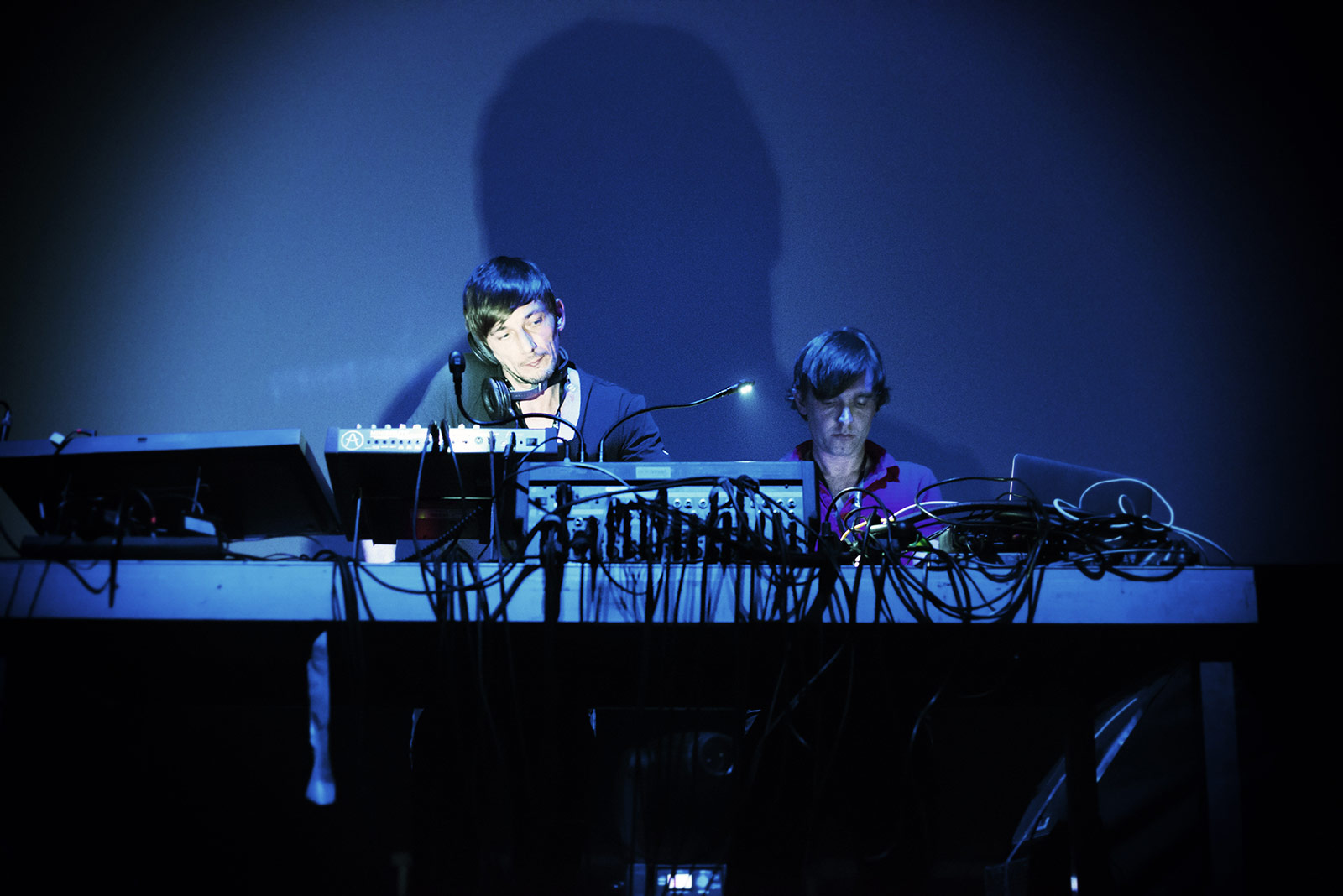 Before the shows upstairs take place, Max Loderbauer has been commissioned to present a reinterpretation for the Buchla Synthesiser of Steve Reich’s Piano Phase (1967) on Stage Null. In the same place, after midnight, Russell Haswell will curate a programme called Recapitulate, with the aim to present a shared collective flashback to the mid ‘90s. On Wednesday, Peter Rehberg (PITA) and mythical collective Farmers Manual will be performing. In the new Projektionsraum, panoramic projections will play throughout the night featuring Carla Chan’s The Melting Black.

On Thursday, the Main Stage will host a Roly Porter and MFO combination for a violently hallucinogenic, totally visual and sonic artwork. Likewise, many sonic and visual artists pair up: Finish sound-provocateur Mika Vainio teams up with Swiss artist Daniel Pflumm; Aphelion is the new AV show from These Hidden Hands, a collaboration between British artists Alain Paul and Tommy Four Seven. And from duo to trio, Upper Glossa –Caterina Barbieri, Ellen Arkbro and Kali Malone– will debut their new project Fundament, and Yves de Mey will close the night.

From midnight on, Stage Null will host Raime show with live drums. All the way from the U.S., Prostitutes, Ron Morelli and mutant-techno-maniacs Marshstepper will showcase a performance that cannot be predicted, but probably will not be forgotten. Projections throughout the night at Projektionsraum will be featuring Yuxi.Cao’s Macrocosm. 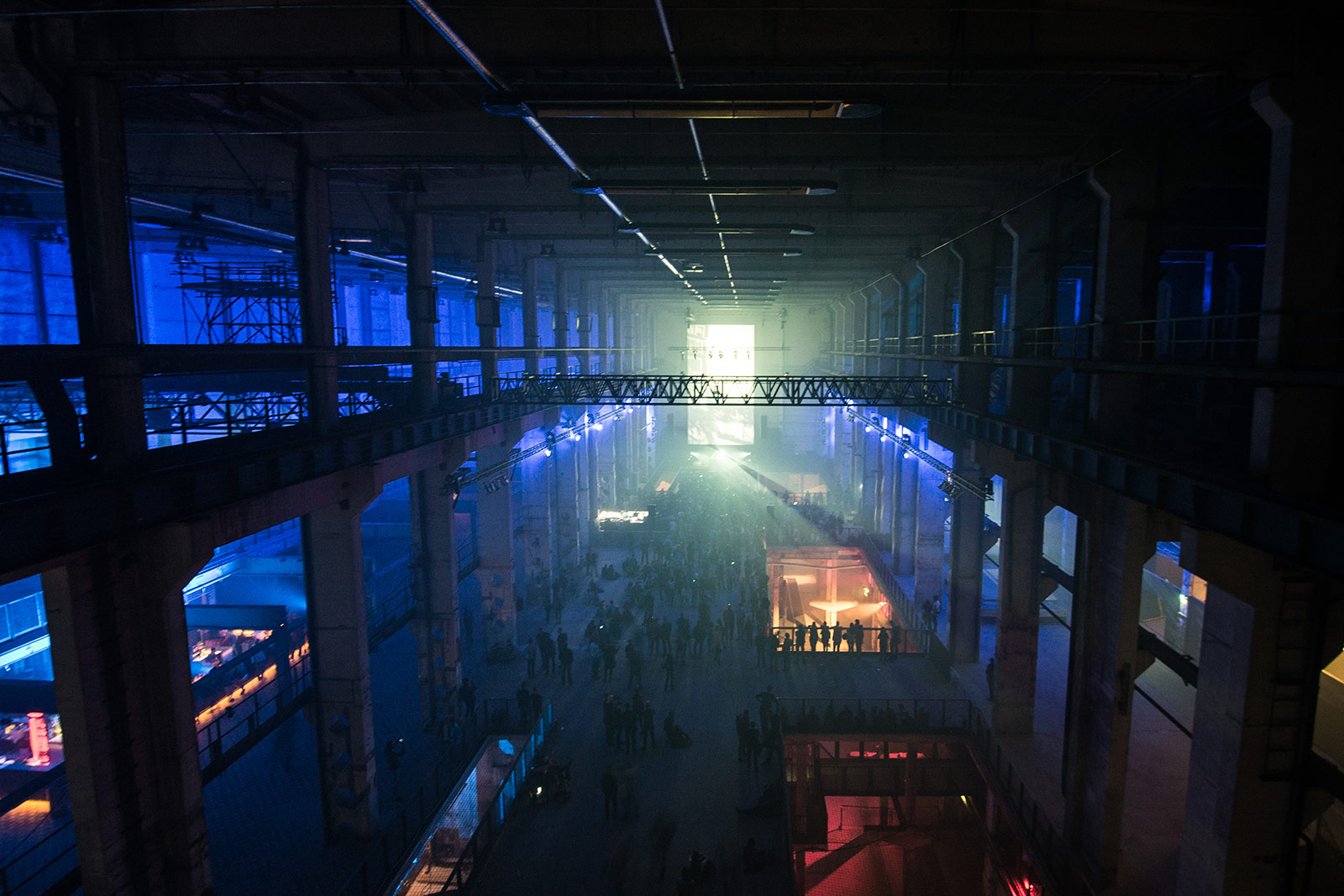 On Saturday, Marcus Schmickler –prominent figure of German contemporary experimental music– will perform a light/sound concert on Stage Null prior to the Main Stage programme that kicks off with the world premiere show Transmission by Death In Vegas, collaborative work of psychedelic auteur Richard Fearless and Sasha Grey united over a love of Throbbing Gristle and Chris & Cosey. This show resonates across soundscapes of visceral techno and unsettling, discordant drones. Imaginary Softwoods, a John Elliott (Emeralds) project, and Love Means Taking Action by Croatian Amor will follow to finish with MM/KM (sonic road trips by Mix Mup & Kassem Mosse) and German-Japanese duo Felix K + Ena.

Again, from midnight on, down at Stage Null, Donato Dozzy + Lory B and TM404 will be performing. In the Projektionsraum the loop projection will be And So On To Infinity by Recent Arts.

On Sunday early afternoon –the closing day–, a special performance by The Chi Factory will close the Stage Null. The icing on the cake will be Alessandro Cortini’s new audio-visual show AVANTI, which fuses his grandfather’s Super 8 footage with his sonically expansive musical canvas. Robin Fox will present his new three laser projectors (red, green and blue), where sound is converted into light geometry and image is sonified. Porter Ricks, the legendary sound project by German producers Thomas Köner & Andy Mellwig will follow along with Second Woman, from New Orleans –the new collaborative project from Turk Dietrich (Belong) and Joshua Eustis (Telefon Tel Aviv)– to end with Pyrolator (from legendary post-punk band DAF) reworking material from seminal composer Conrad Schnitzler (Tangerine Dream). The Projektionsraum will close with Never Comes Tomorrow by Rainer Kohlberger. Not to forget that subsidiary rooms OHM and Tresor will host live DJ sets daily from 8 pm and 12 am respectively. 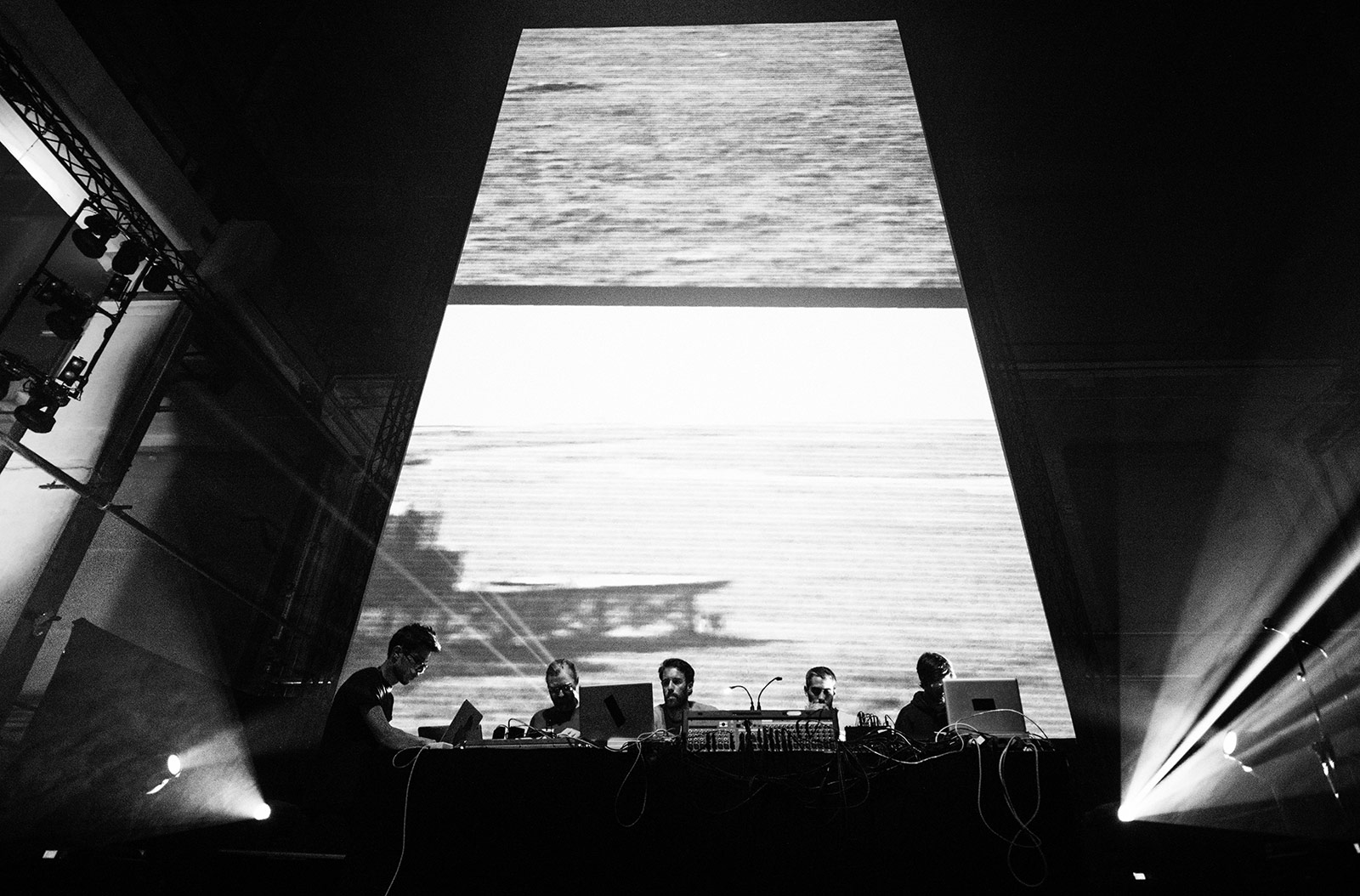 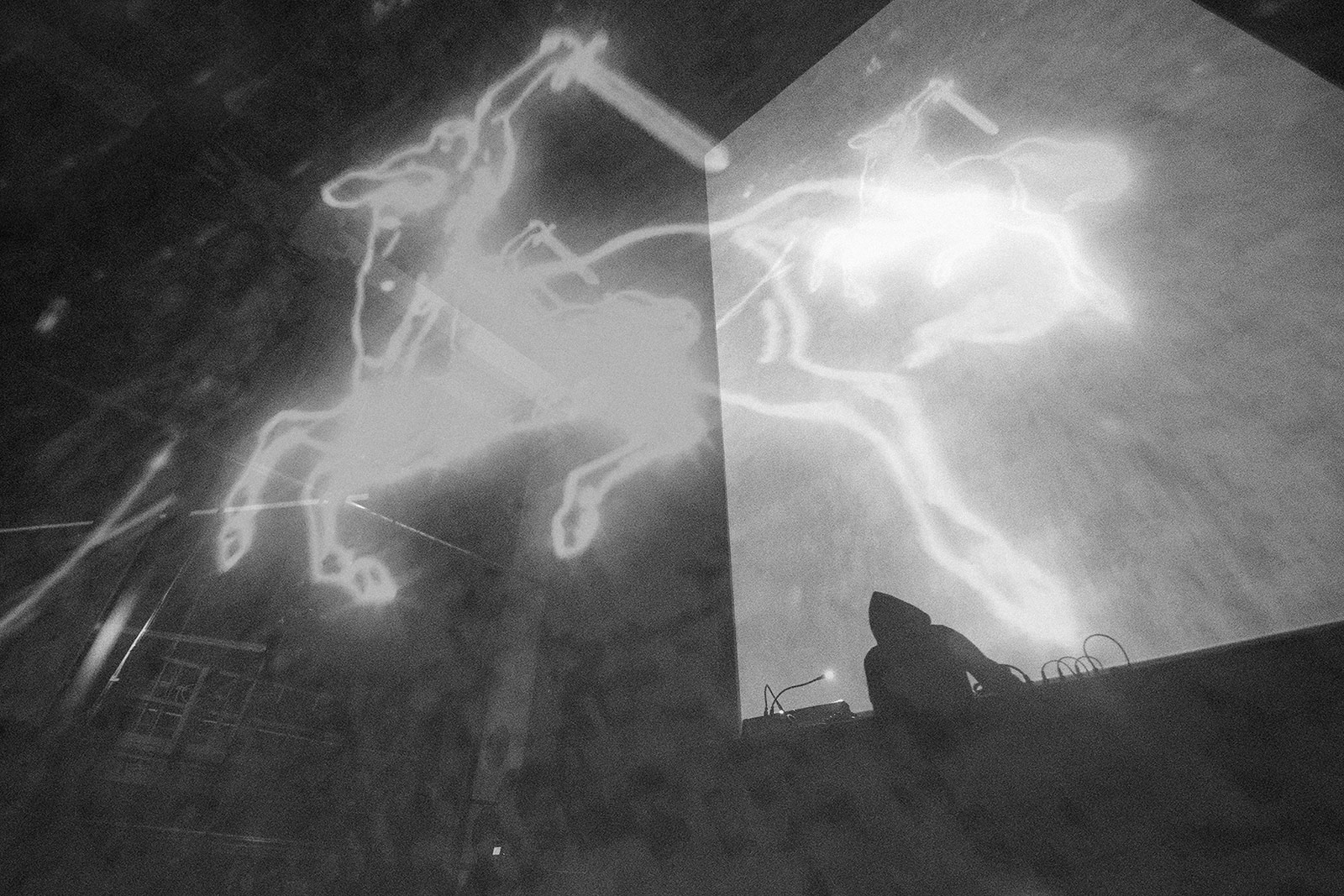 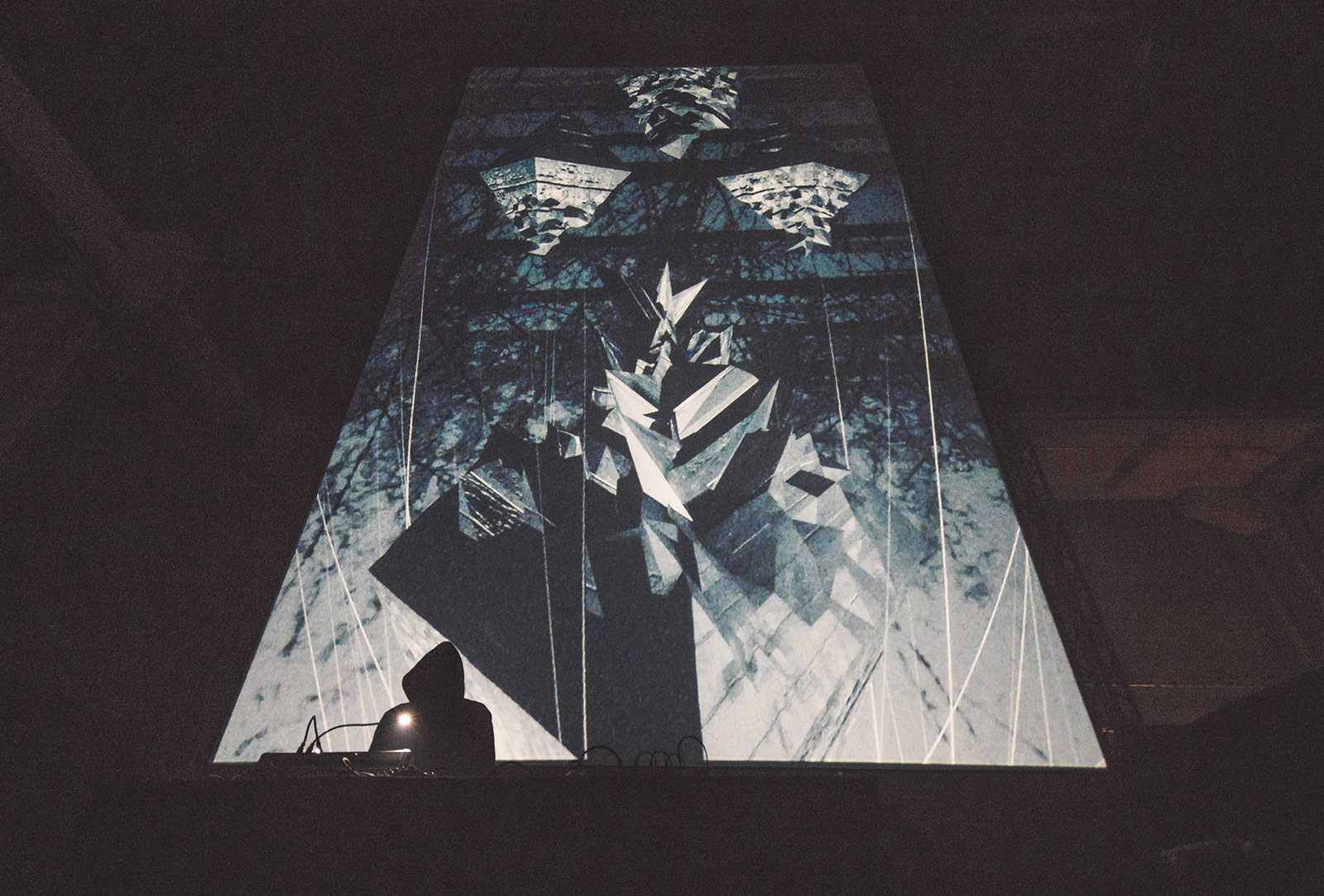 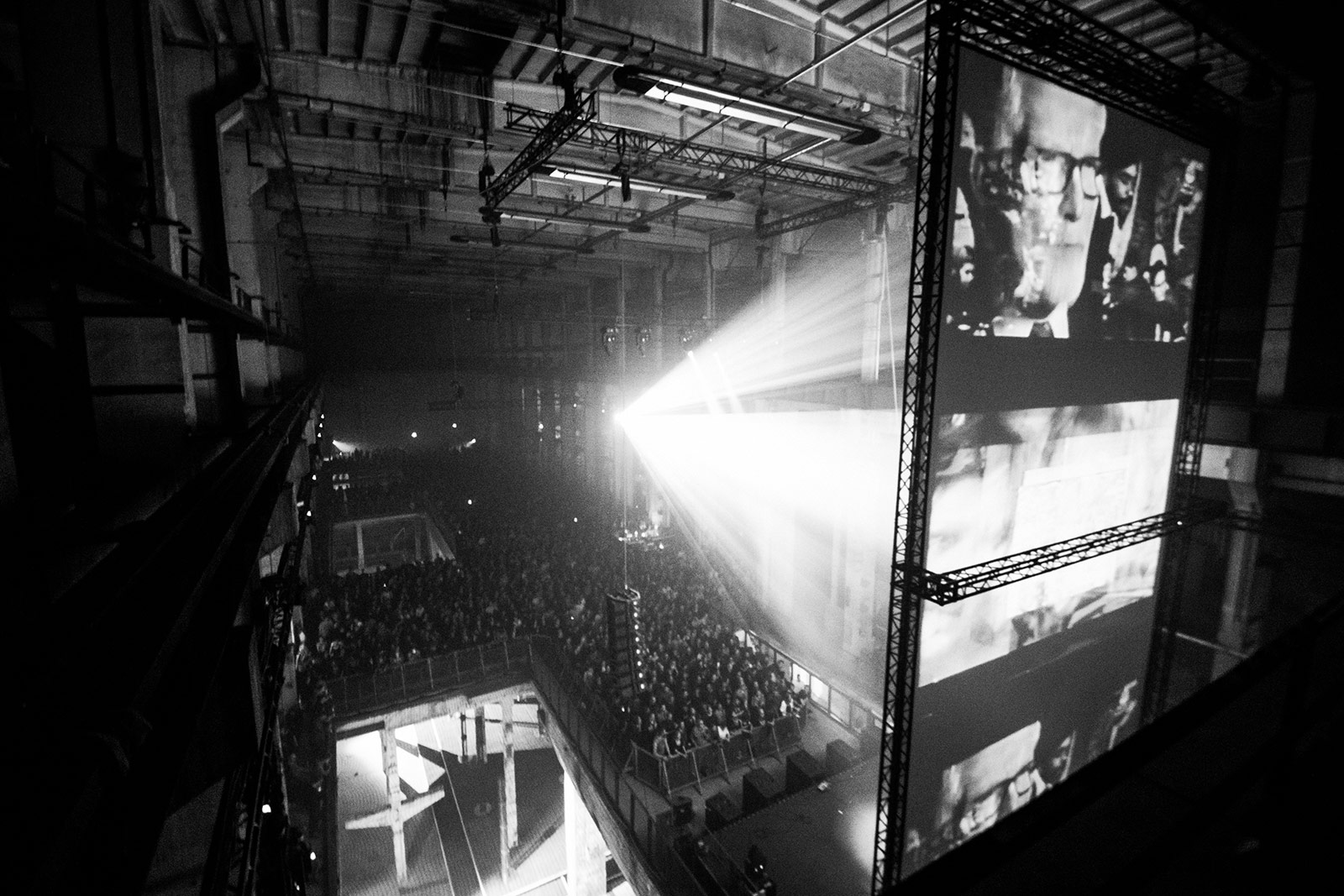 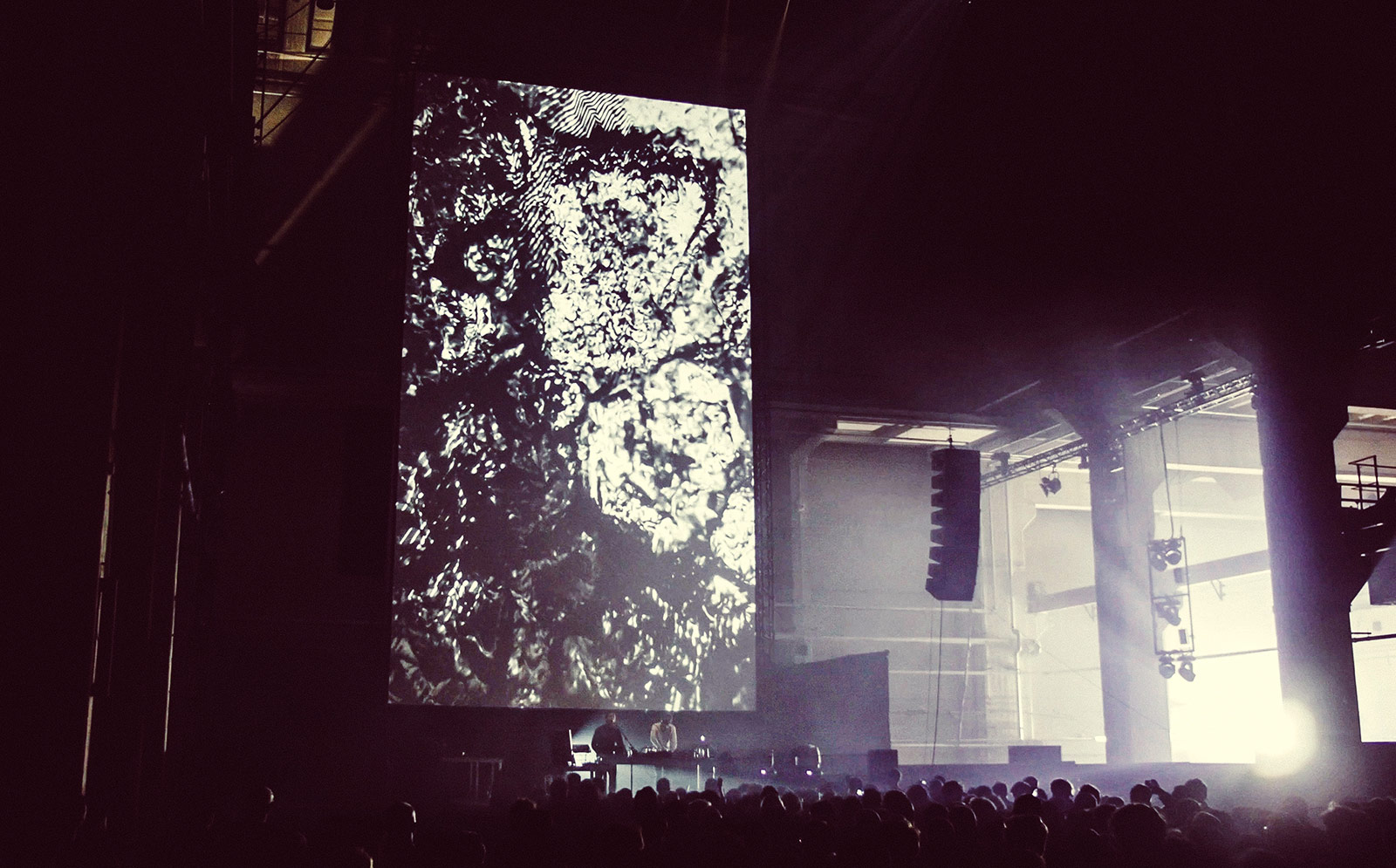 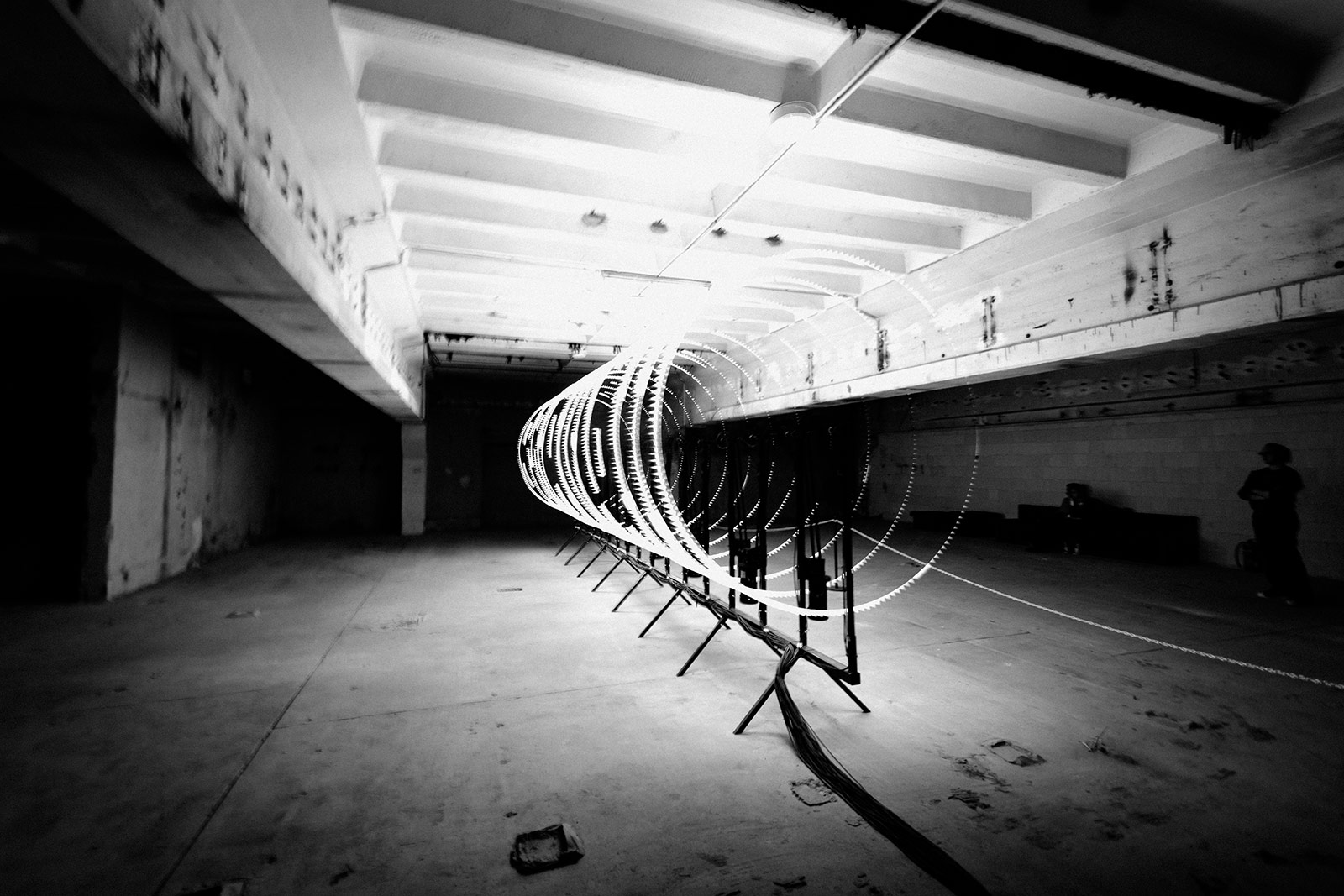 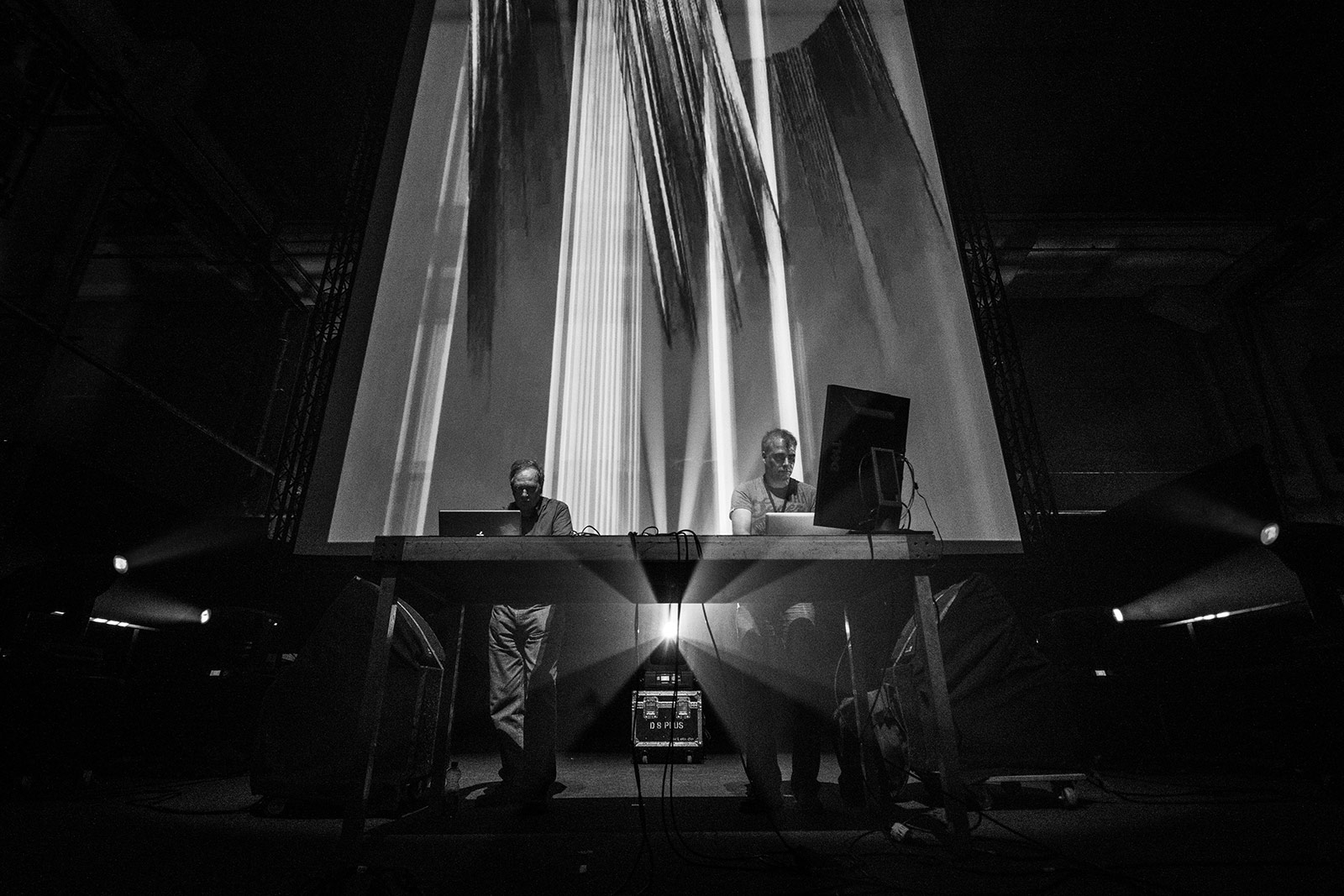