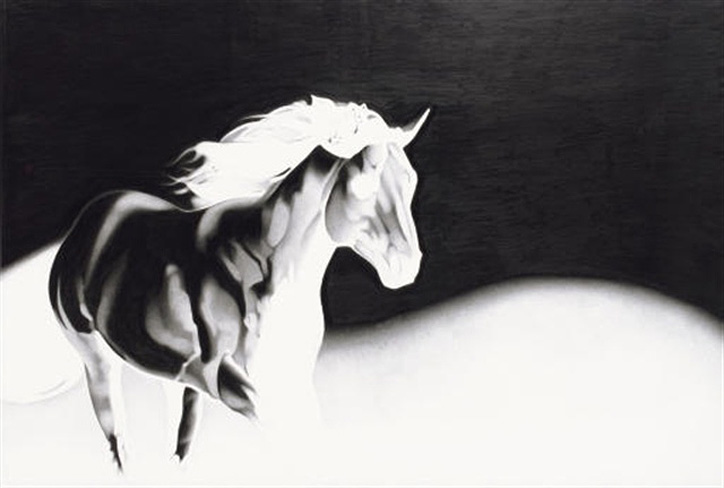 He takes on subcultures but also on pop icons reflected in a revised representation of eternal symbols like the star and stripes flag, the Budweiser logo or the white galloping horse of TriStar Pictures Movies, which have been projected in an homage to those overused and exploited images set in our minds over decades of advertising and social influences.

Music is also essential in his performances, going through hardcore punk, metal bands like SunnO))) –who was shockingly encased in a black coffin on stage– and religious notes that resurface in a whole new sense of iconography and parables, such as the use of pillars of salt to express forbidden indulgence as told in the biblical Lot story of Sodom.

Another memorable religious theme was an installation in a 14th Century church as part of Il Giardino dei Lauri and the Museo Civico Diocesano di S.M. dei Servi. For this exhibition, Violette worked with structures of neons and wires, which introduction in such a deconsecrated and historical place, seemed to be –despite the weird contrast– a perfect container for his postulates. As if it was a theatre under construction or a backstage, the conversion of the space worships the artist execution.

Violette’s artworks also include sculptures which take shape from his concern to dissect the American clichés, in a kind of autopsy of objects, as we can see in Fuck the Universe through a precise deconstruction of rebellious and masculine ideals condensed in a customized motorcycle preserved in resin and salt. And Hate them, that replicates the traumatic teenage psyche, suggested in a particular rock band scene.

We can see the artist’s mental structure in every piece and performance he creates, dismantling conventionalism and proposing a new vocabulary, very direct and sometimes dark, as black is not only his most recurrent hue, but the shadow that cover his cultural references. These abstractions might be illuminated in neon to provide a ray of light in all the pieces that are inevitable merged to his mind and soul. 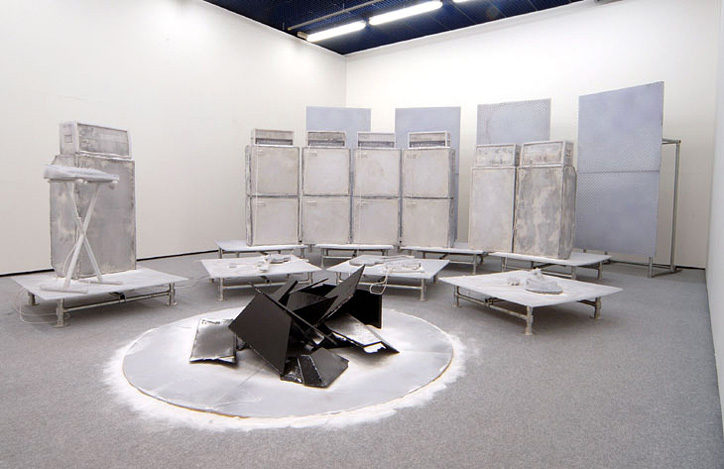 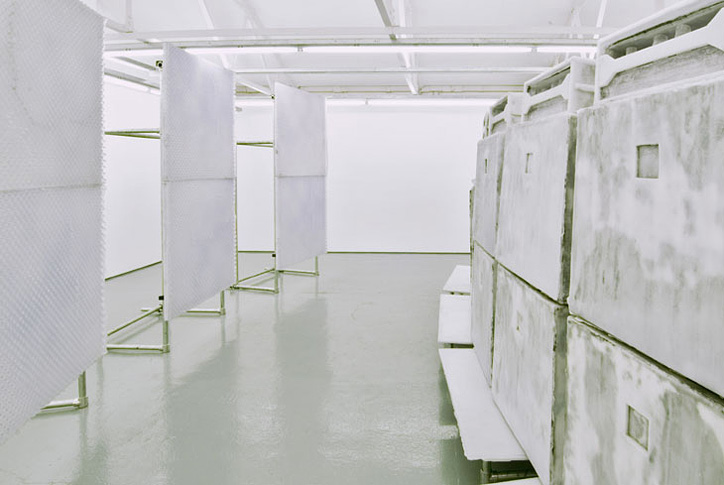 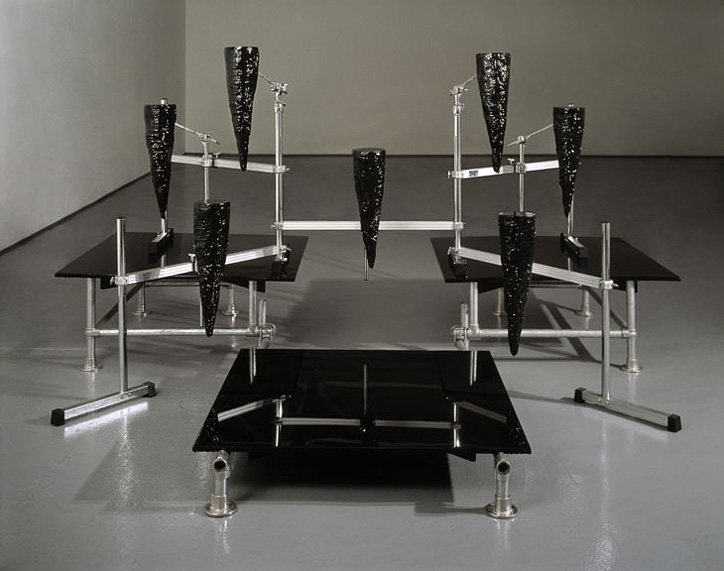 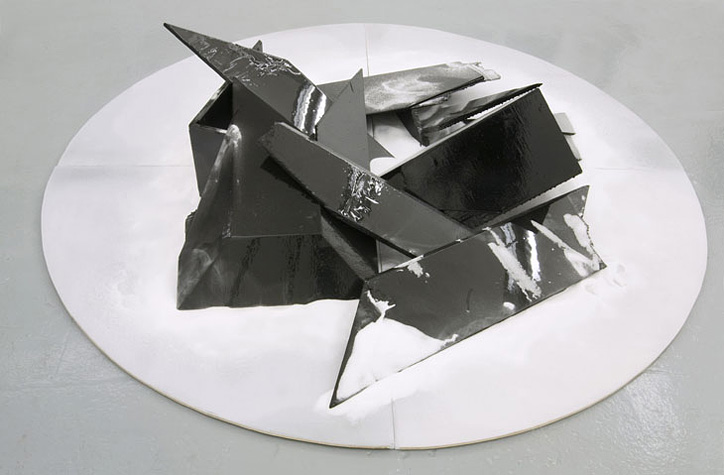 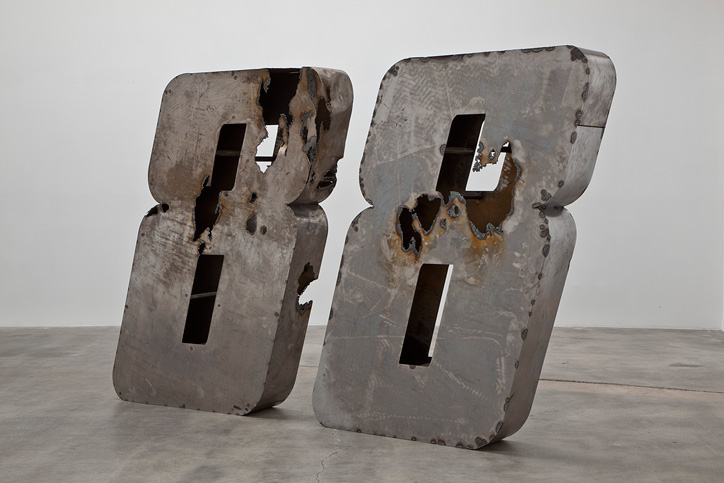 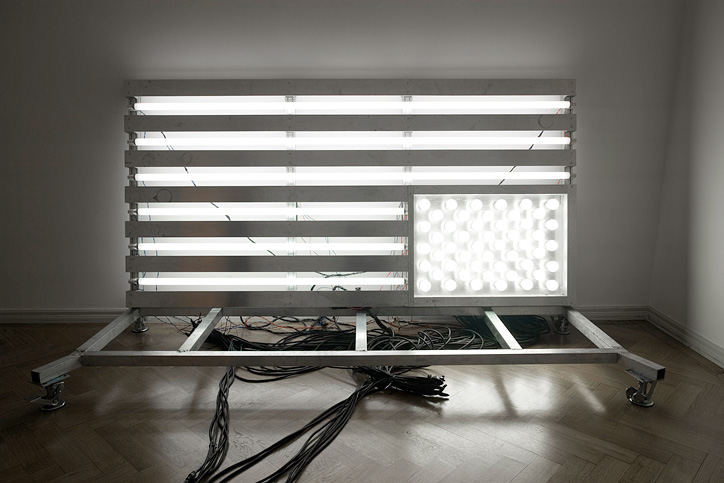 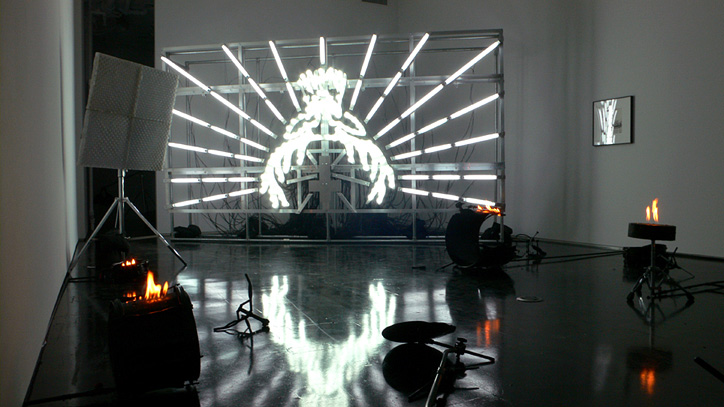 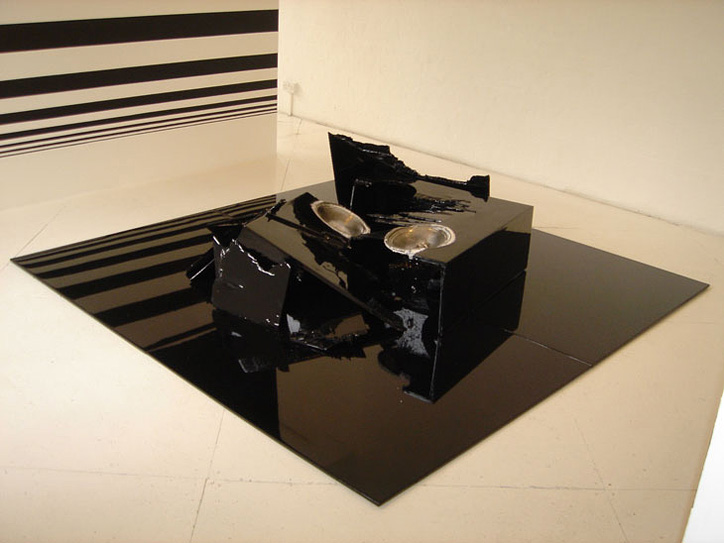 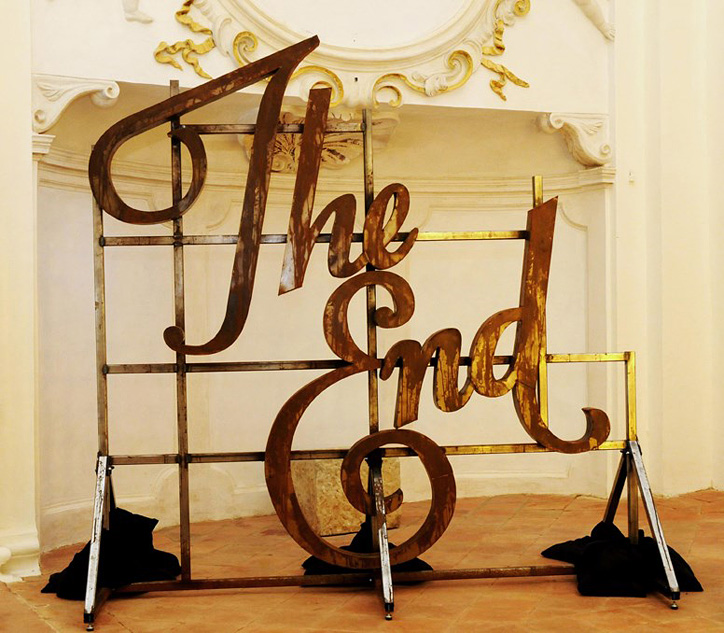