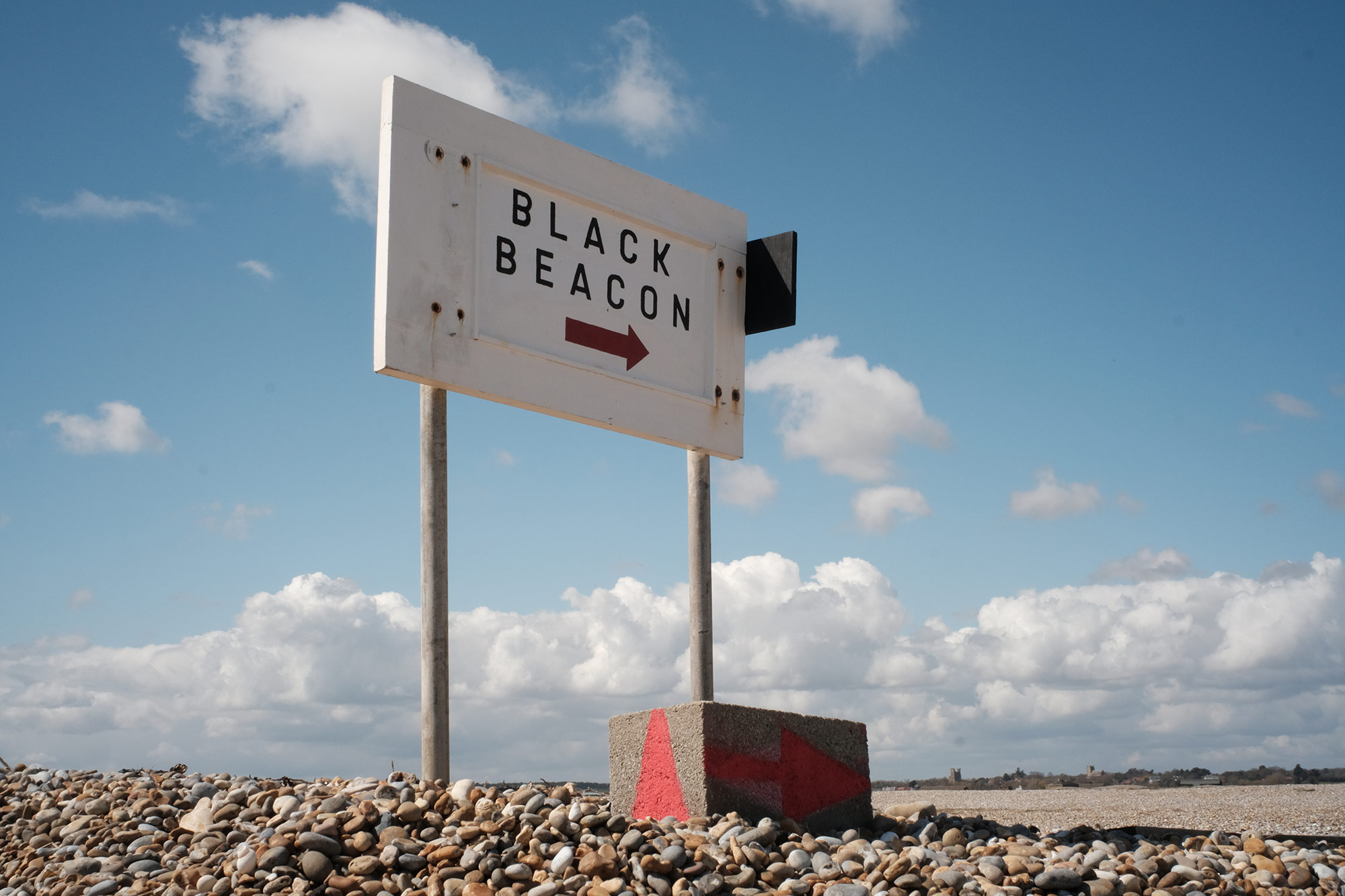 Orford Ness is a spit of land just off the coast of Suffolk, which the British government used through the 20th century for testing nuclear weapons. Divided into clear salt marsh and shingle sections, Artangel’s Afterness marks out a path through the expanse, a pattern to the debris of the wasteland. This is partially a practicality, since many structures are hazardous and there may be unexploded bombs off the path. The site features artwork by Alice Channer, Tatiana Trouvé, and Emma McNally, a poetry cycle, I See a Silence, by Ukrainan-born Ilya Kaminsky, and field recordings from Orford Ness through the years by Iain Chambers, Chris Watson, and Brian d’Souza.
Sir Thomas More’s 1516 Utopia describes an island which is ouk tópos (Ancient Greek: ‘no place’). Orford Ness is a similar non-place. The spit was placed into the care of the National Trust in 1993, and has become a site of interest for bird watchers. Most of the structures - if not buildings – have been left to their own devices to decay, so even the smallest signs of contemporary human presence are noticed, from a discarded bottle of Waitrose hand sanitiser amongst the shingle to the ruins of Orfordness lighthouse, which was only demolished last year. The lack of detail in the landscape is deceptive, and nothing is as close or as far as it seems.

Afterness requires a lot of walking from the visitors, with provisions for those with limited mobility. The first stop after the information centre is the Bomb Ballistics building, atop which you listen to the first recording on a headset of Kaminsky’s poems read over a tailor-made soundscape by Axel Kacoutié. Artangel co-director Michael Morris tells us here that although almost every structure on the spit can be explained, a huge rusty ring near Bomb Ballistics is undocumented. This feels appropriate, since one of the birds which inhabits Orford Ness is the lapwing. According to Robert Graves, the bird is known in Celtic mythology as ‘Disguise the Secret’, and is associated with the stag and dog, known as ‘Hide the Secret’ and ‘Guard the Secret’, respectively.

Morris also tells us that headphones with no noise cancellation were intentionally selected; the poetry is read over a palimpsest of Orford Ness past layered over its present. Walking on shingle from Bomb Ballistics to the shore, it is clear that it once was a place, but it is as if the spit has been deprived of both its place-ness and its time-ness. Afterness perhaps asks, ‘what happens after -ness?’ Firstly, the savage winds fight any attempt to reassert temporality and locality – it drowns out most speech, and perhaps questions the relevance of Kacoutié’s soundscape on the headphones.

After the shore, the Shelter houses Channer’s Lethality and Vulnerability, a bramble-ish aluminium sculpture which pokes out of the building. It speaks to both the relationship between nature and artifice, as well as the more specific context of the military in Orford Ness. Next to the Shelter the Library of Sound in Black Beacon, in which you can listen to over 70 field recordings by Chambers, Watson, and d’Souza.

Next is Lab 1, a building with a collapsed roof which houses The Residents by Trouvé. The sculptures, which are executed best out of the artworks, consist of found objects, and hint towards a post-apocalyptic future. Clothing, books, a radio, etc., could all conceivably have been left there years ago. The final sculpture is McNally’s The river that flows nowhere, like a sea. The sculptural geometric drawings and marks seem a little like astronaut-themed bedsheets, and after a long walk to the Armoury, you would be forgiven for assuming they were.

The man-made detritus – shards of broken glass, random rusted pipe – has assimilated into the natural (or natureless?) landscape of Orford Ness. The peculiar spirit of the place overwhelms the exhibition at times, and I wonder whether Artangel will leave its own detritus after Afterness: will Trouvé’s French books and discarded sanitiser inhabit the spit’s (un)future?

Interestingly, one strange incident was excluded from Afterness. In the taxi to Orford, the driver mentioned that in 1207, Ralph of Coggeshall wrote about a merman who was caught in the nets in Orford. He was kept in Orford castle for months before escaping back to the sea. There’s plenty of merman iconography around Orford, and this seems to foreshadow the nuclear history of the place, as well as the atypical ornithology of the spit. Perhaps this is because most of the artists have never been to Orford Ness? 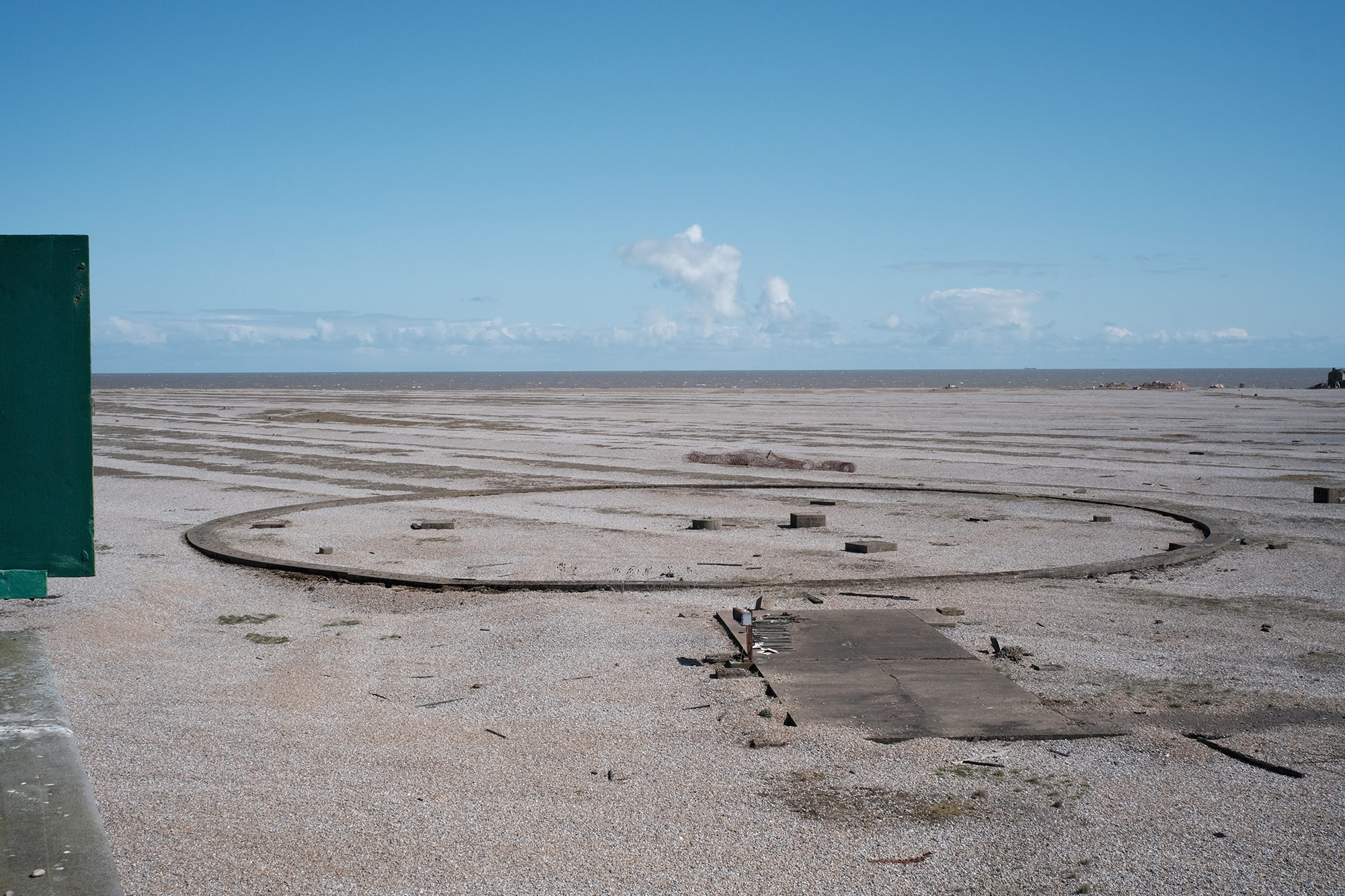 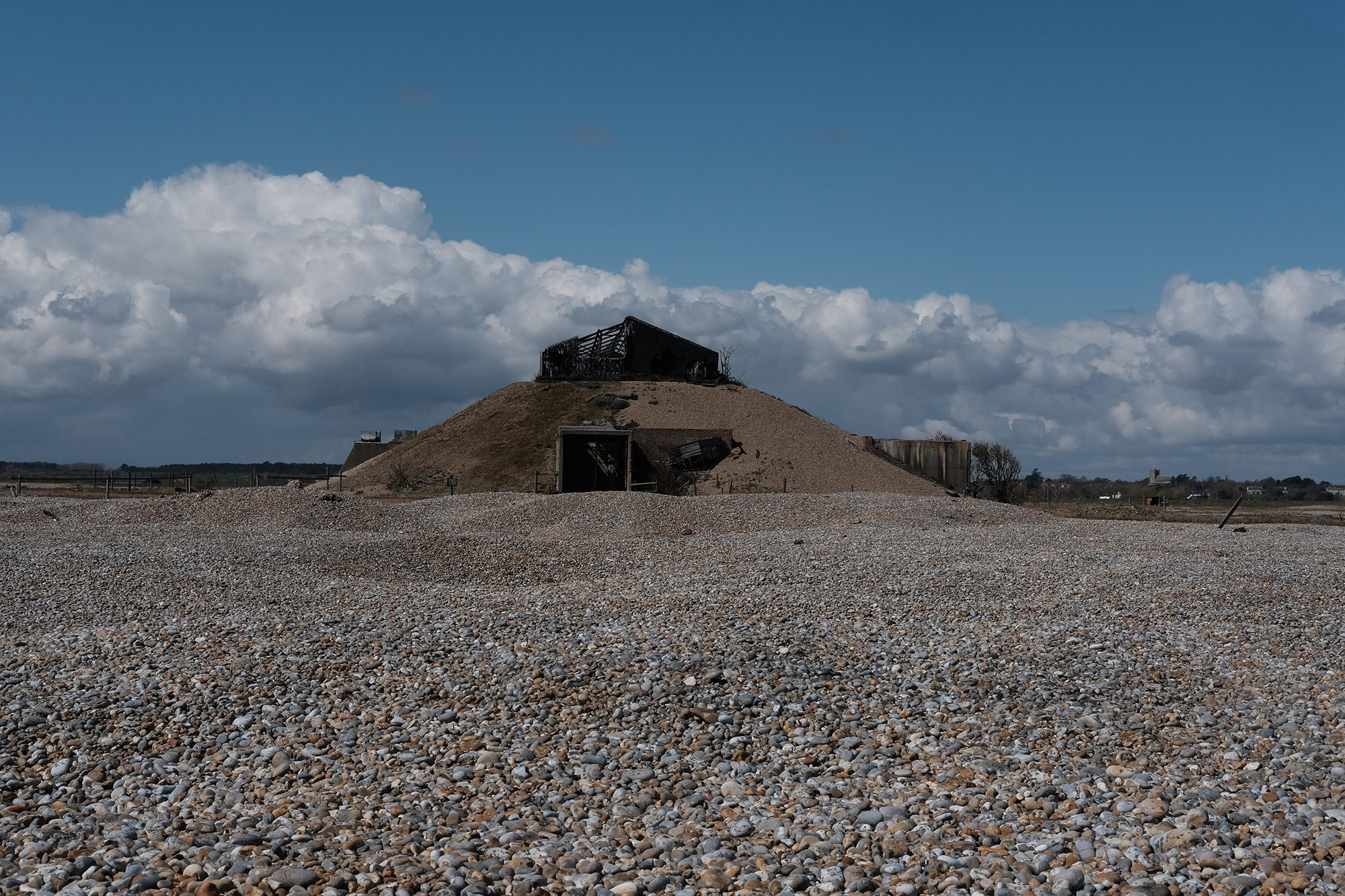 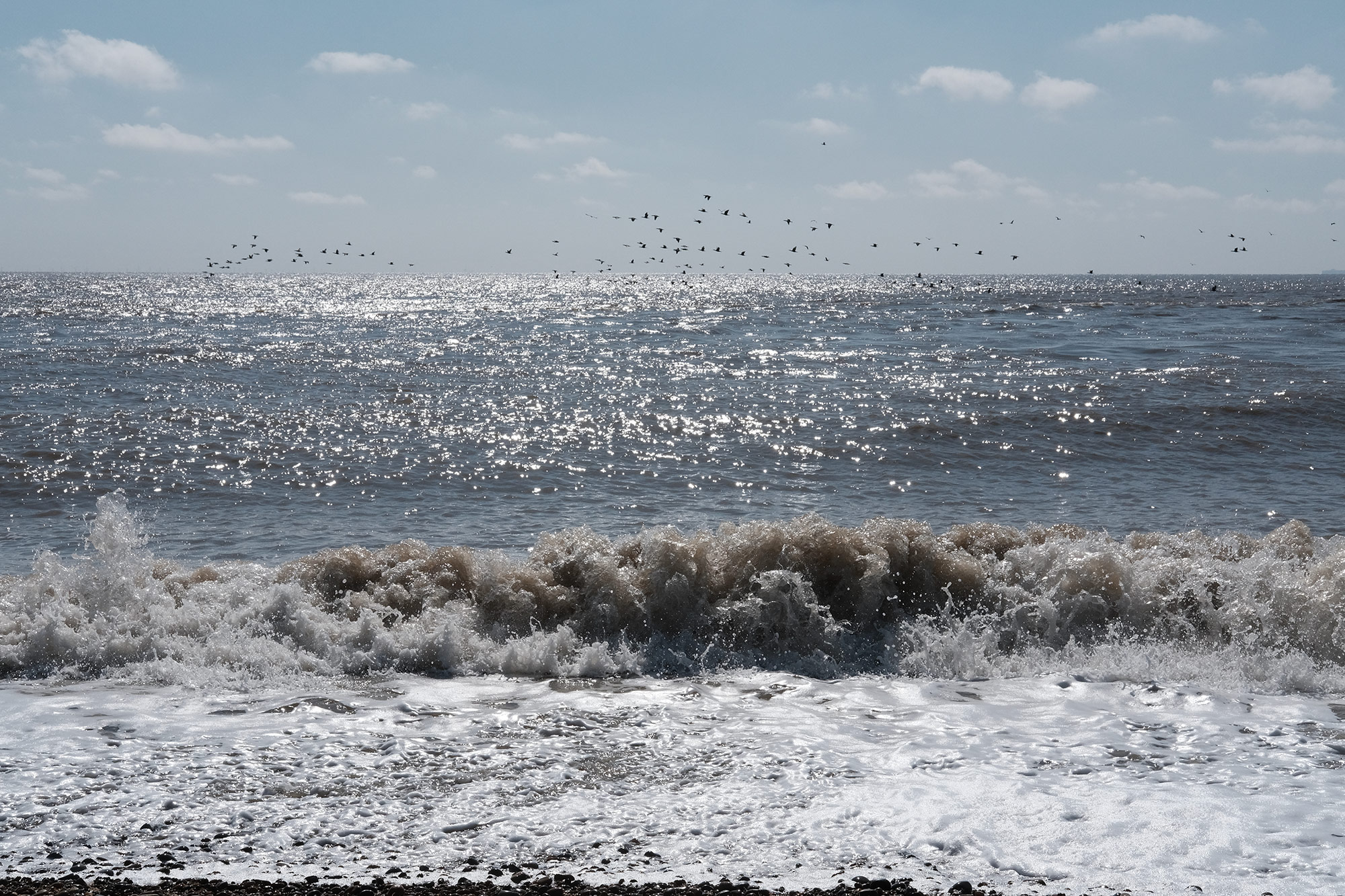 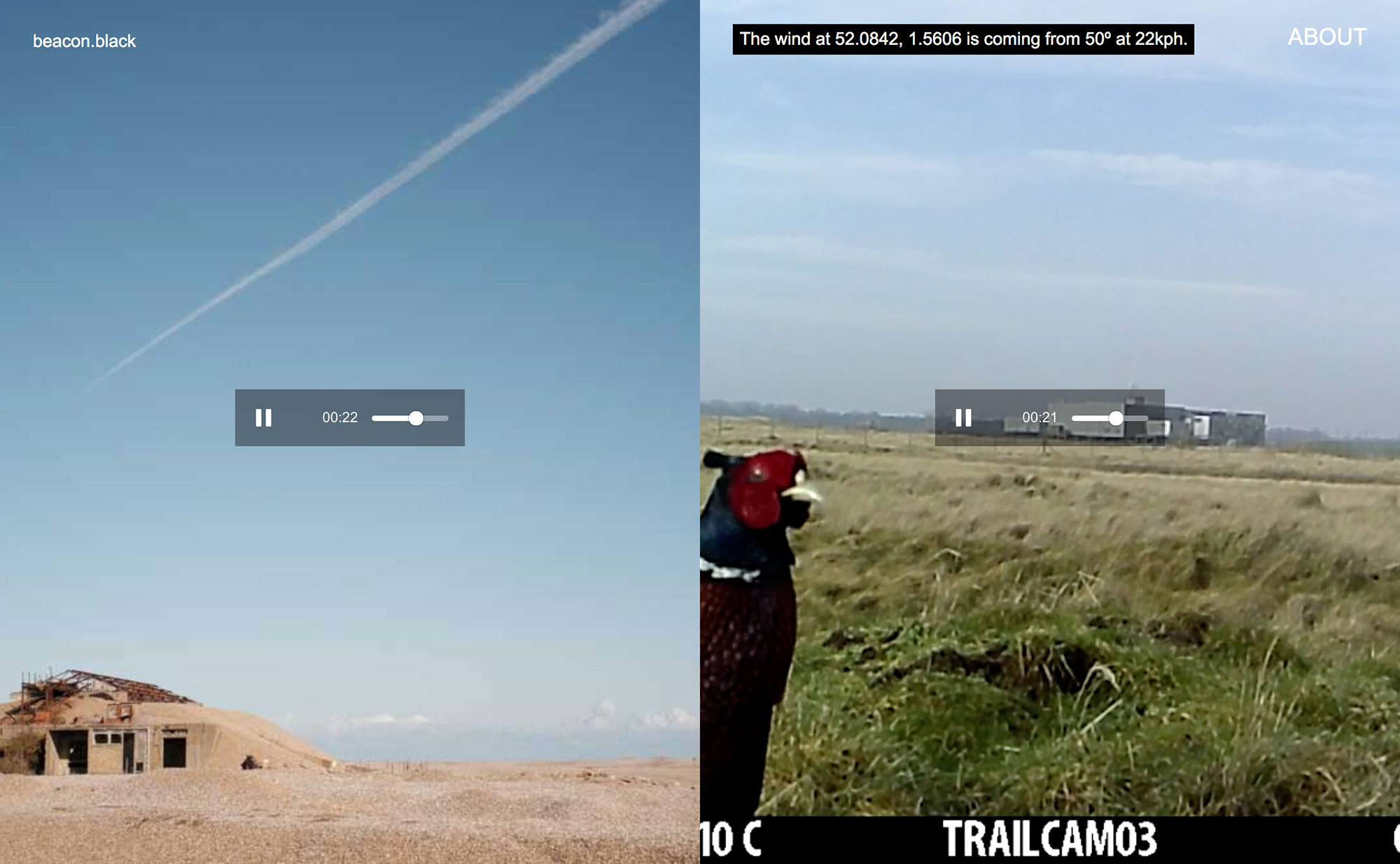 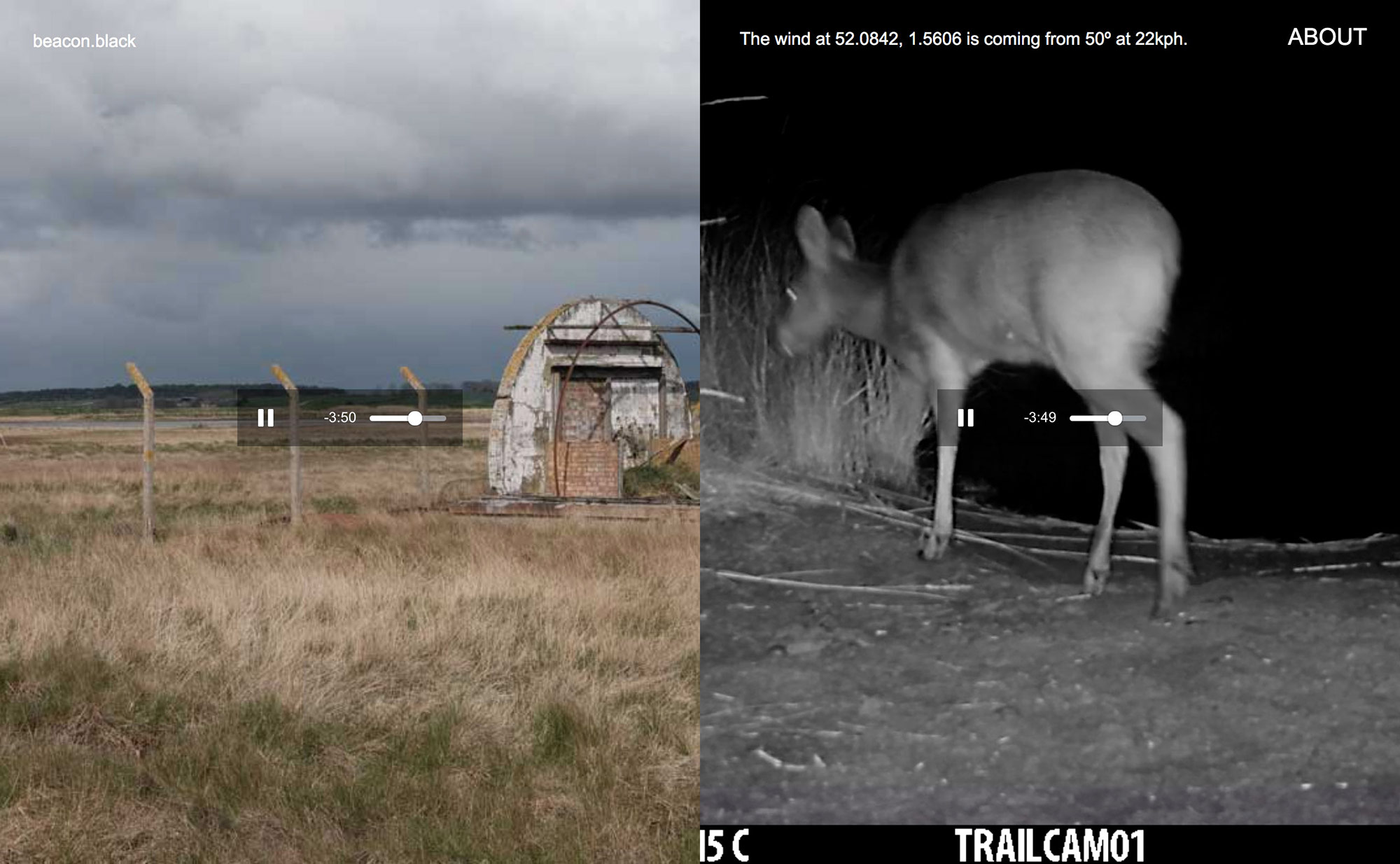 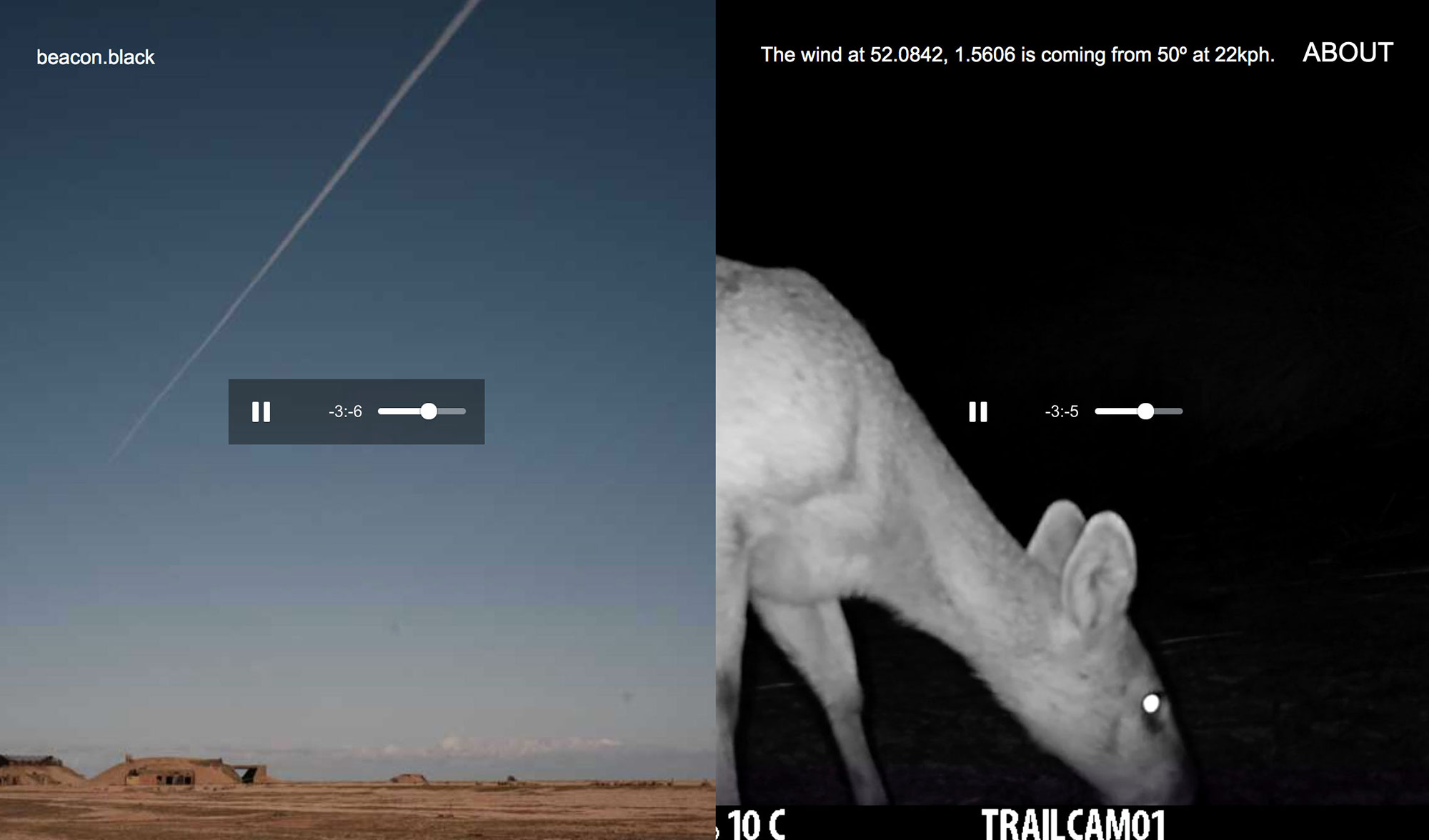 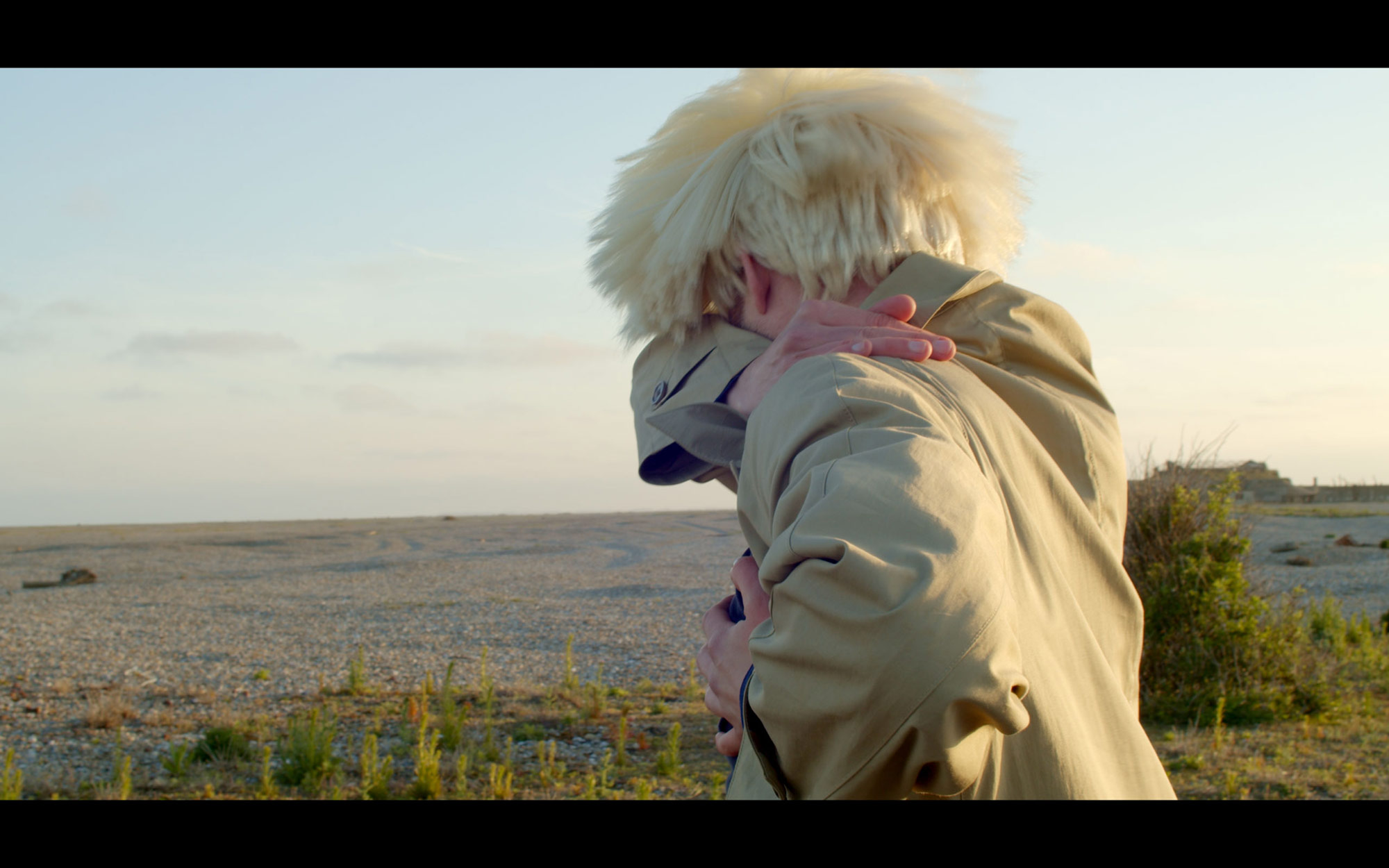 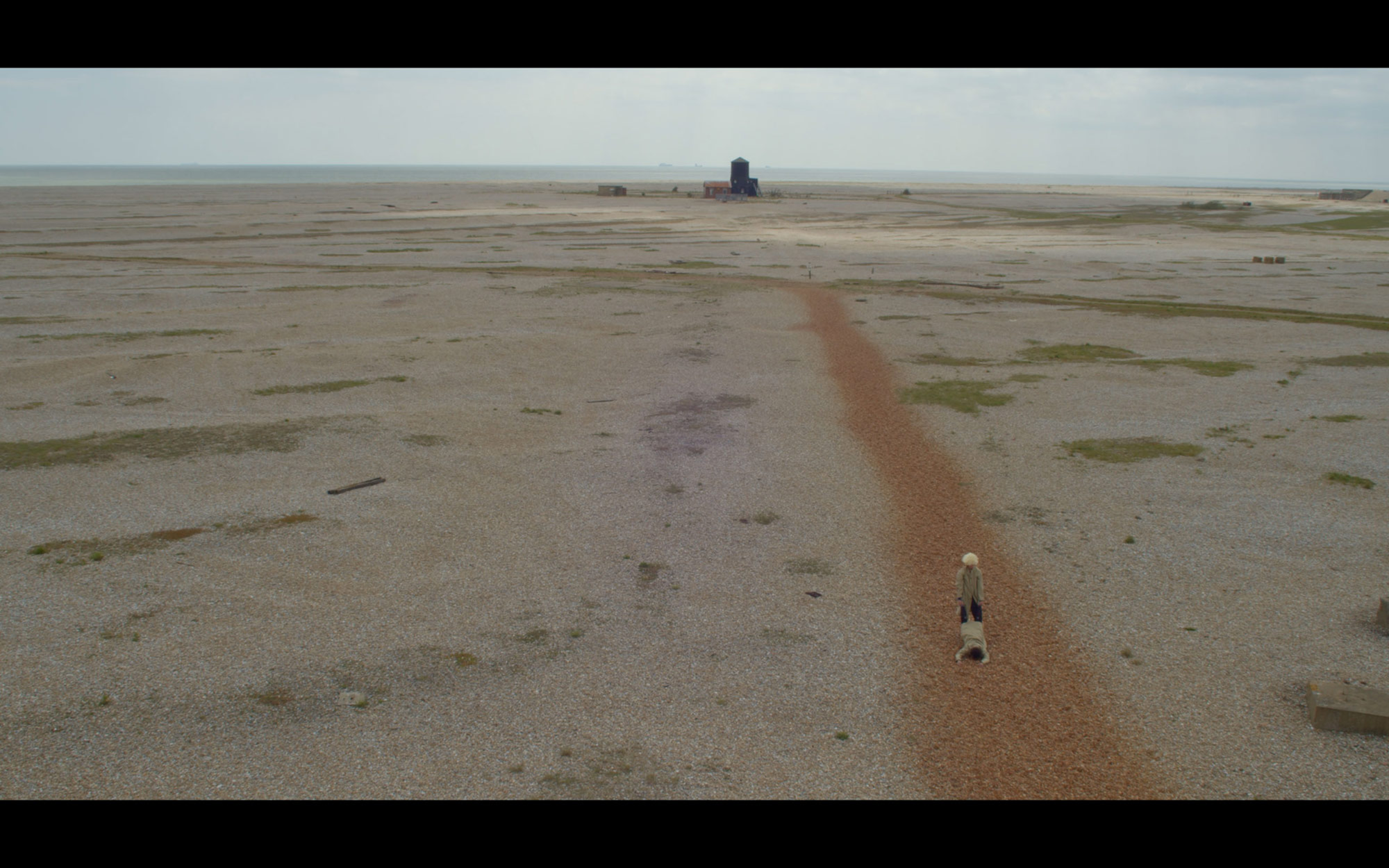 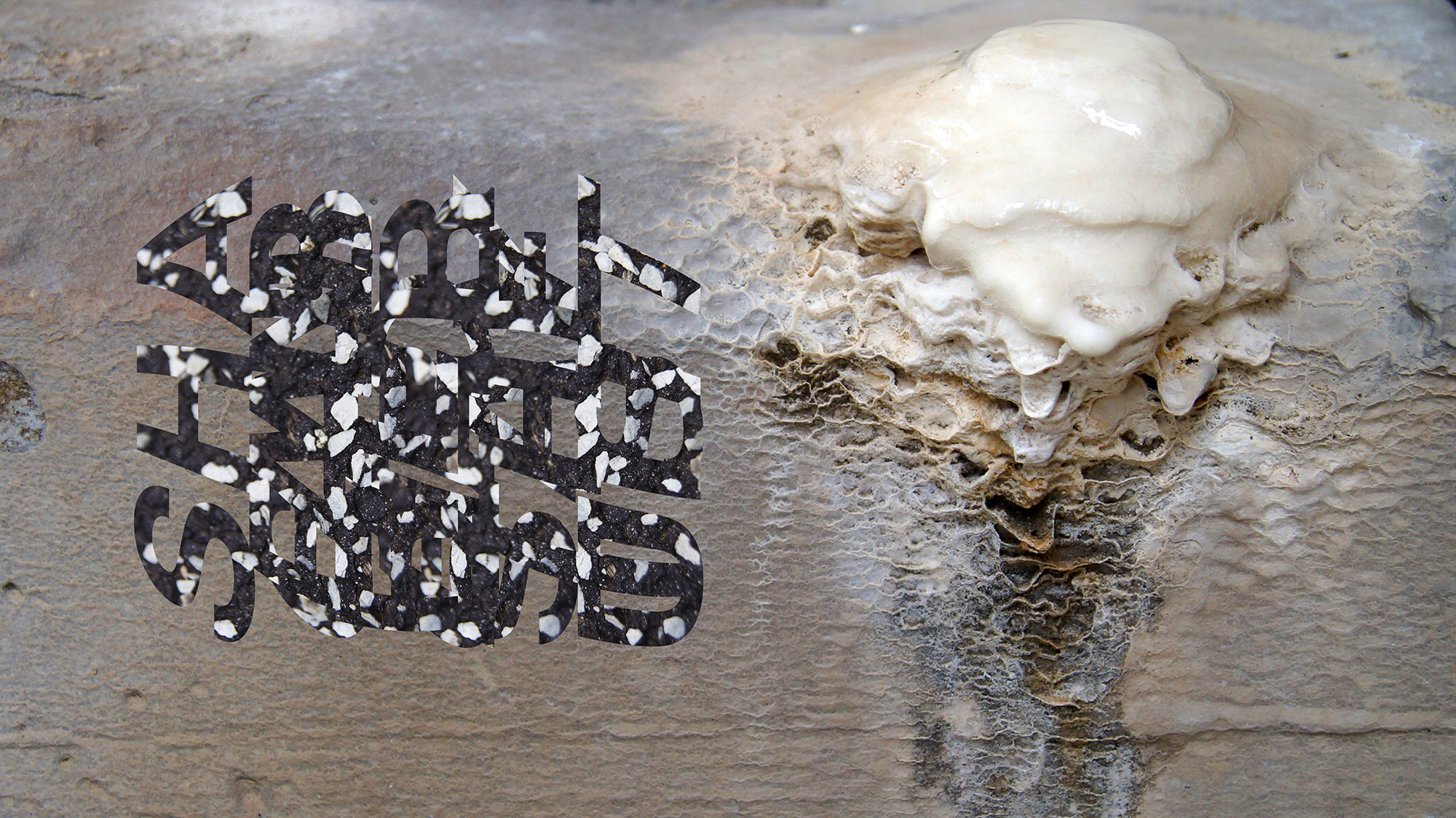 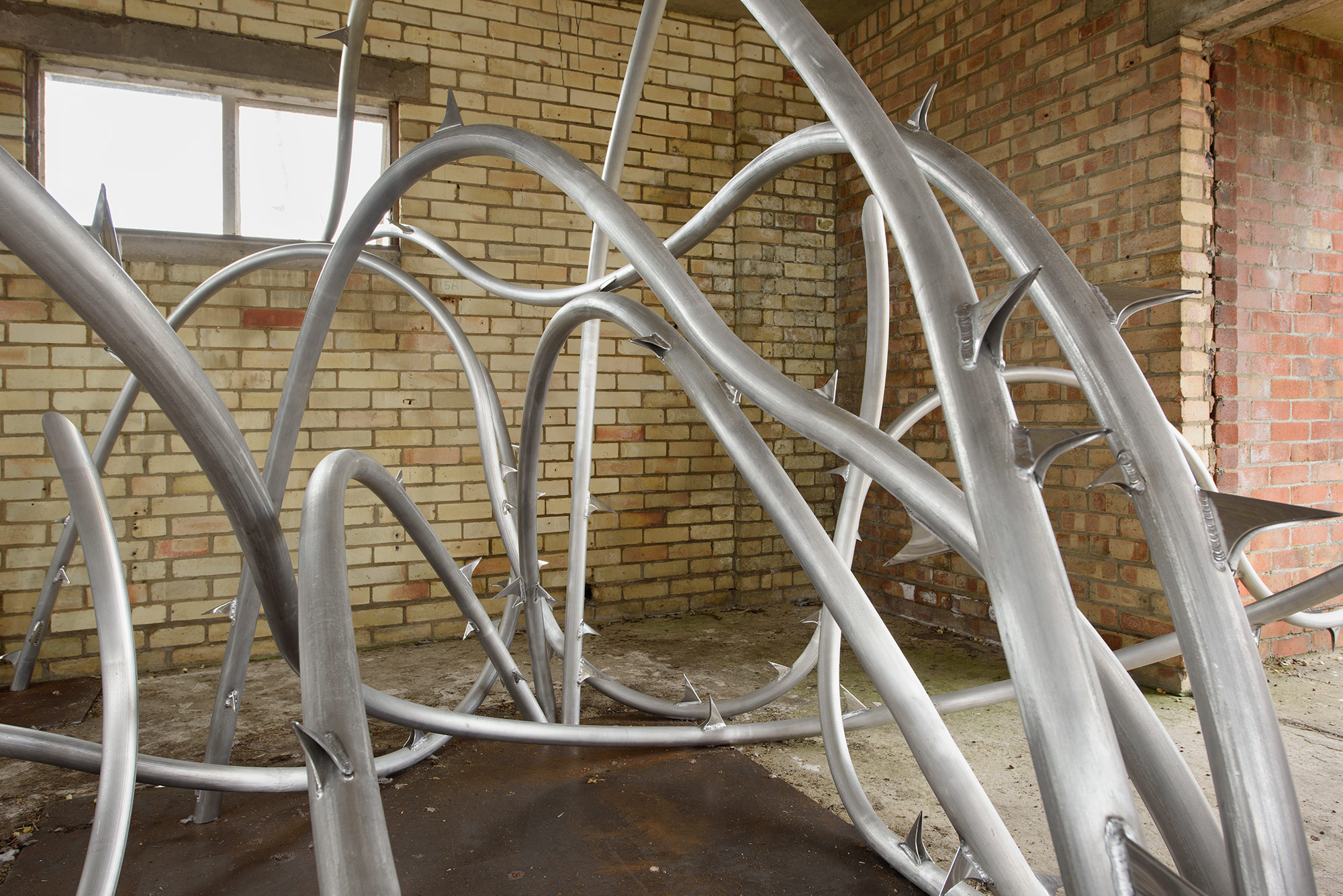 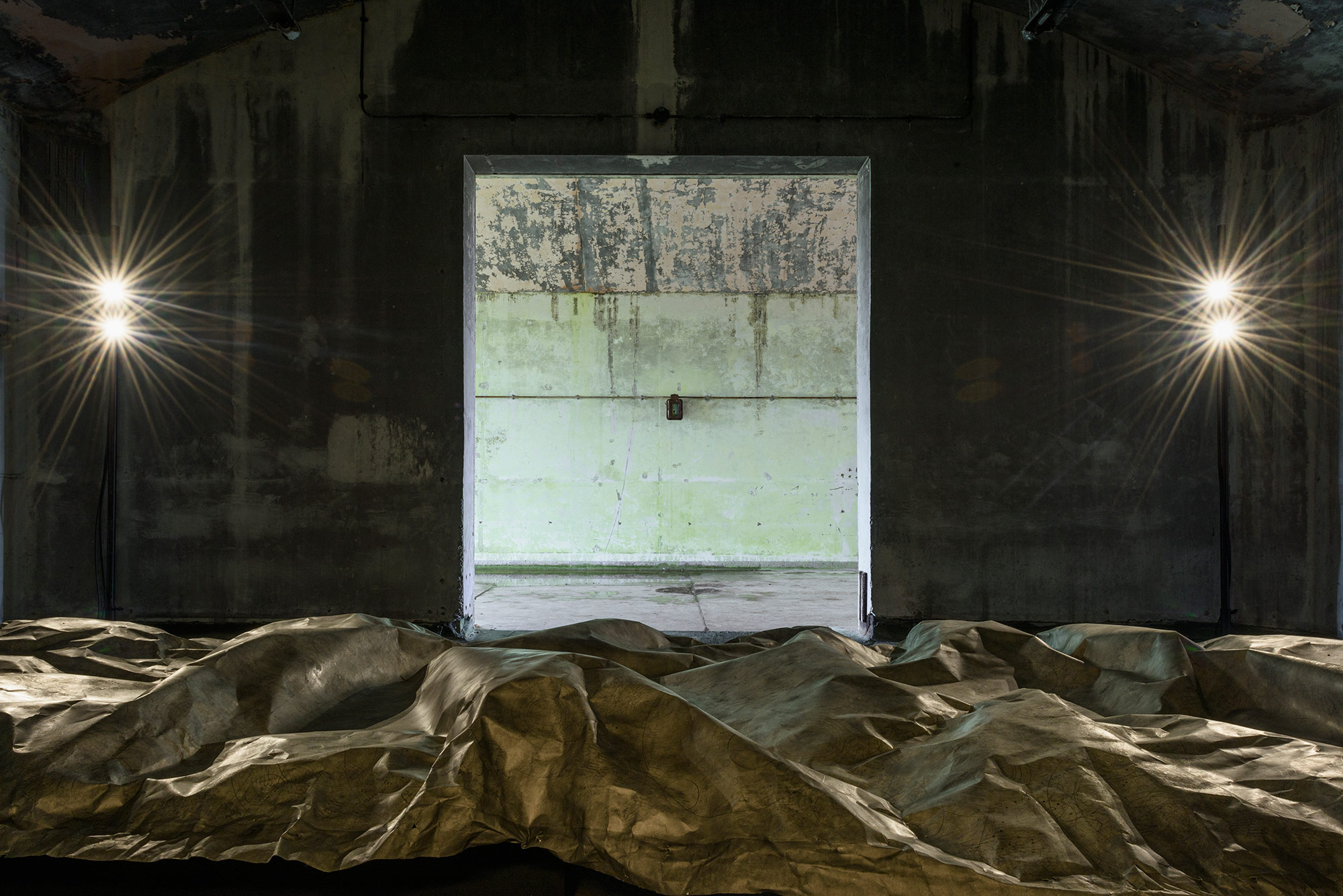 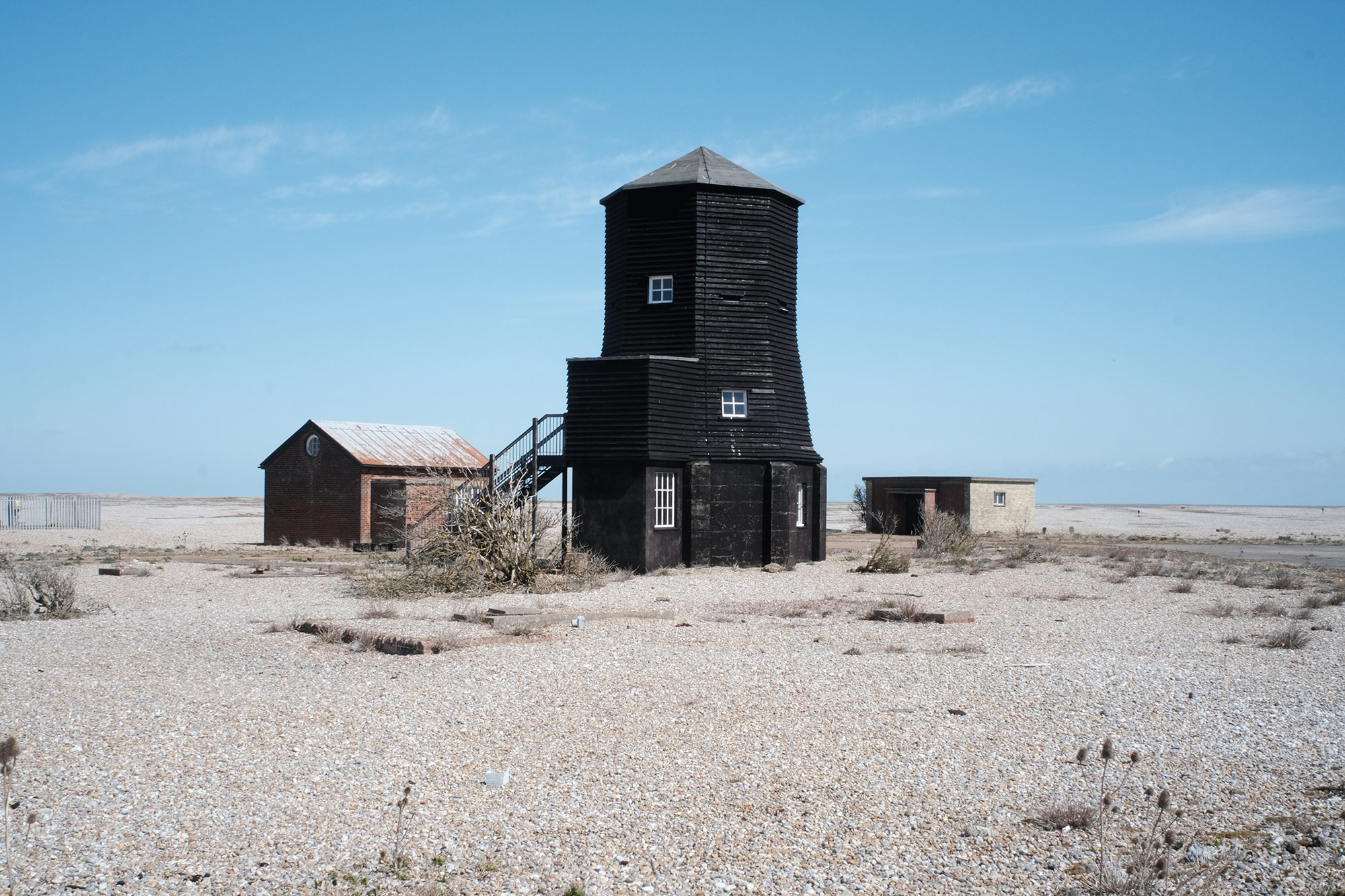 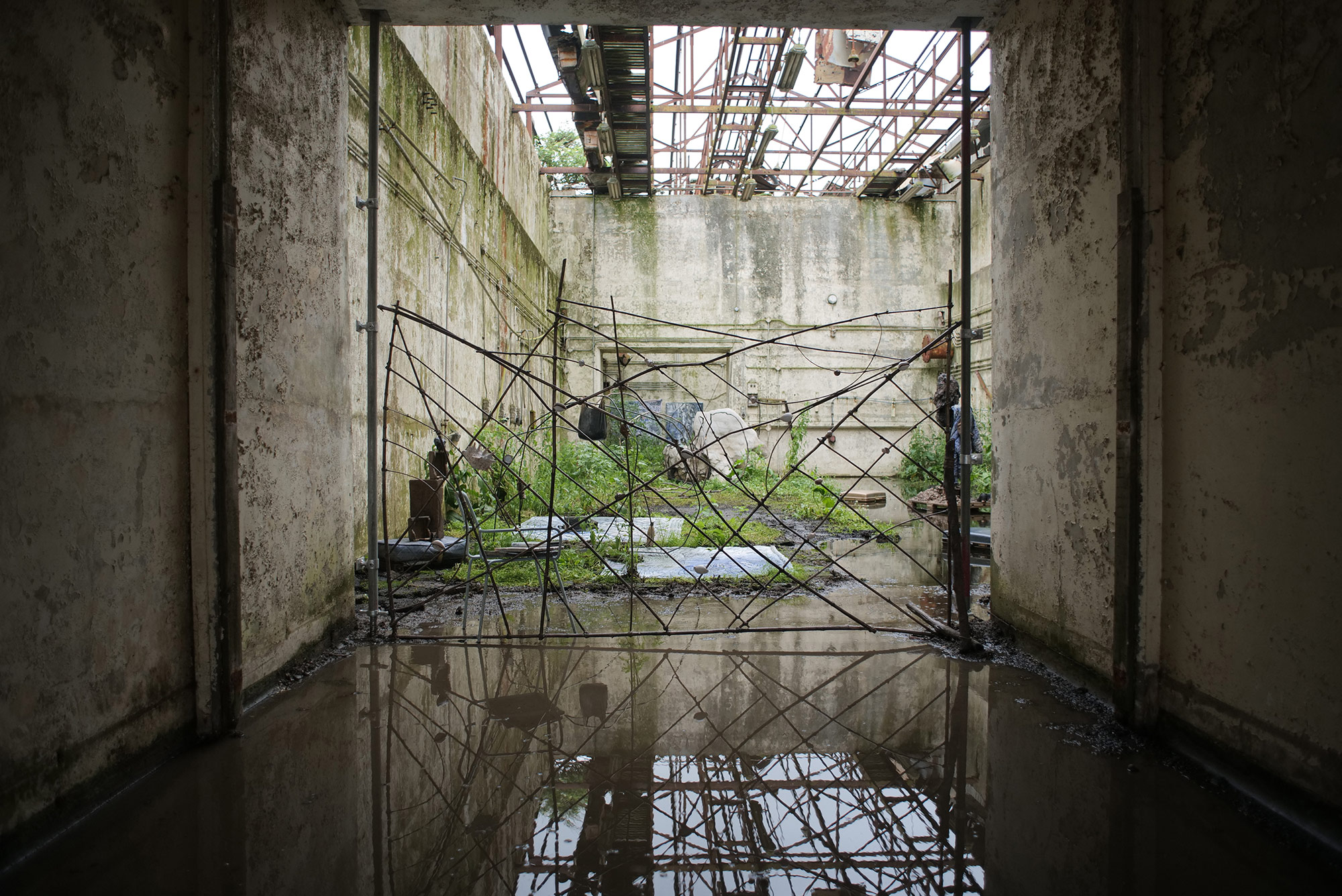 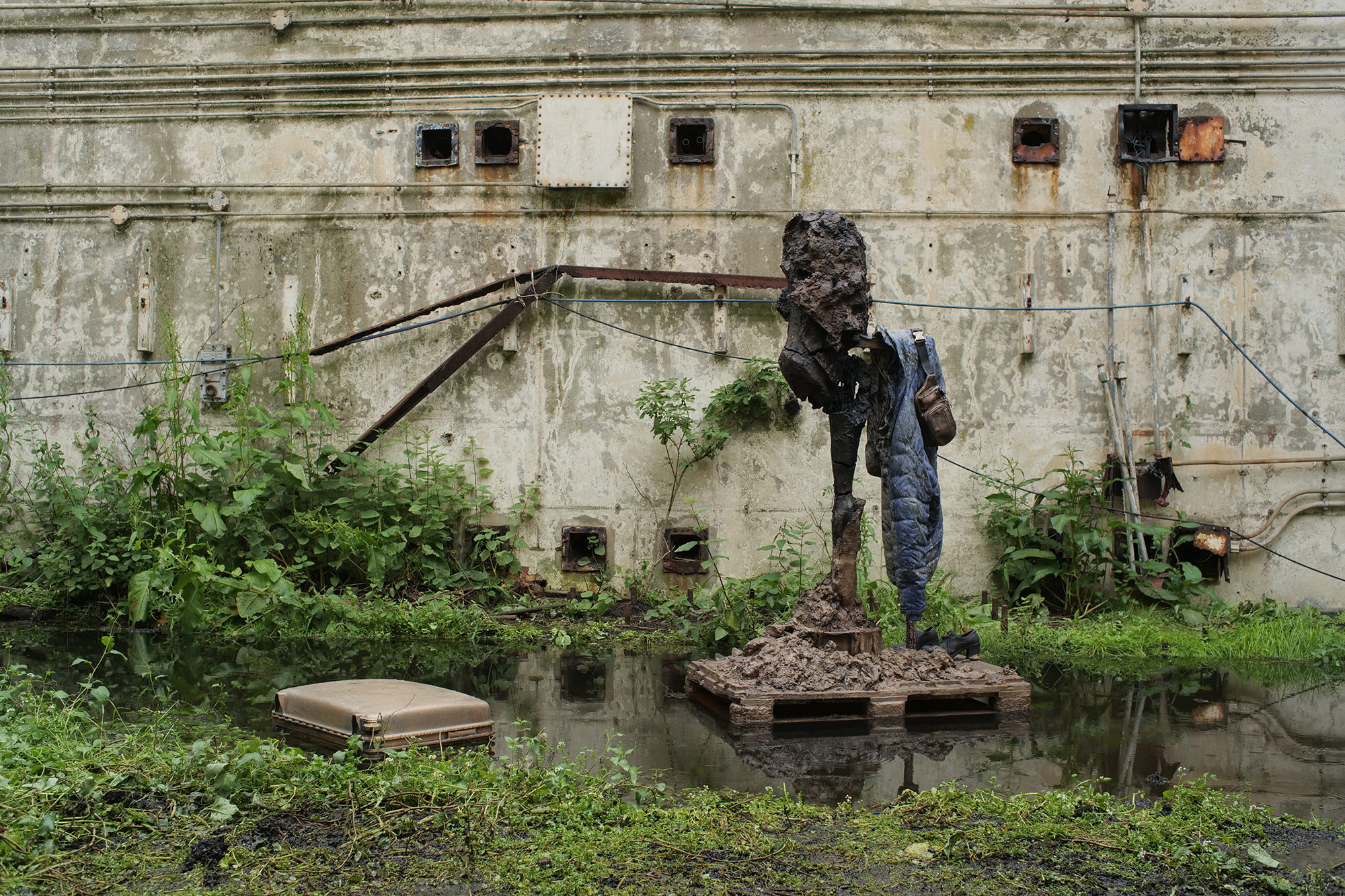