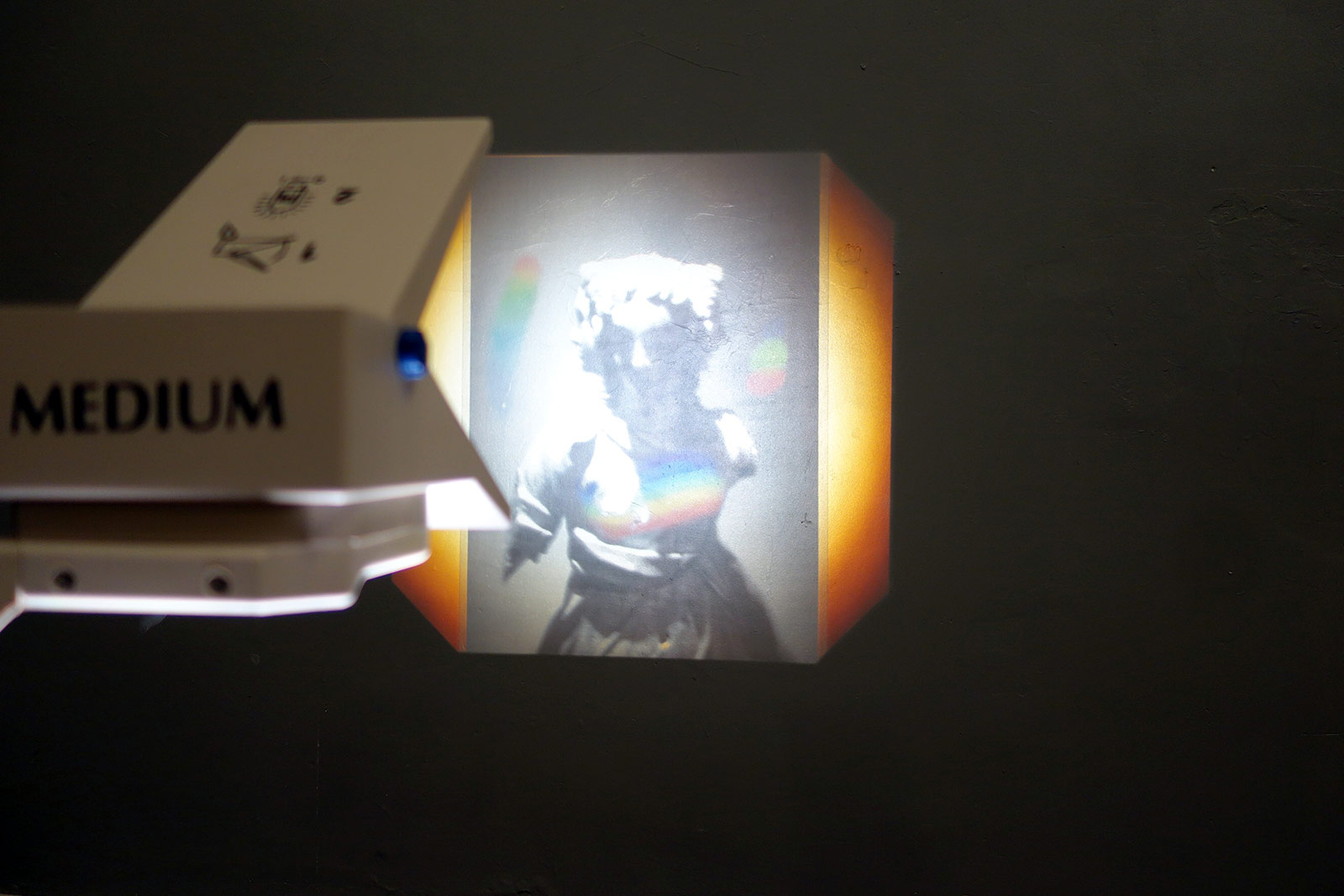 In grounds of the Académie Royale des Beaux-Arts of Brussels takes place until February 24th Several Laws. Multiplicity Review – a new composition of artworks imagined by Erika and Dragos Olea and Maria Farcas aka Apparatus 22. Their goal is as clear as fascinating: working with performative ideas and actions to ignite the critical potential of clothing and fashion.
They are not beginners in this style. Apparatus 22 had already a name in the art field, notably thanks to Patterns of Aura, a performance of an invisible collection which attempted to pinpoint the slippery, alienating yet seductive nature of fashion. Fashion and Apparatus have indeed a long story; a love-hate relationship that began in 2006 with the label Rozalb de Mura, disintegrated in 2011. If they do not design clothing for catwalks anymore, the collective widely aims to bring back into art questionings that concern everyone – starting by the exploration of the skin as the first clothing ever.

Some very diverse works in nature. This is how the exhibition Several Laws. Multiplicity Review can be summarised: installations, text based, performances; those artworks narrate the opposition between knowledge and intimacy. At the Académie Royale des Beaux-Arts, Apparatus 22 ends up with disturbing metaphors about our current misty times. Seven poetic texts tattooed on leather are, for instance, their way of extracting the body from the tyranny of rigid formats built by consumerism, life style and the fashion system, and disseminated by the media.

“The primitive texture of leather, sensual and appealing to the sense of touch is tamed and civilized through the perfectly inscribed, minimalist font and the rectangular frames of the Untitled pieces. Layers, nuances and ambiguities, and sometimes perplexing twists are concentrated in texts that act like paths for our escapism in virtual worlds, manipulated and heavily improved by filters and Photoshop or in a reality mediated through cosmetics and surgery.” Focusing on topics linked to fashion, and driven by the exploration of intricate relationships between fashion and the socio-economic world, Aparatus 22 here introduces some thinkings on the human body perceived as a battlefield for civilization norms.
Académie des Beaux-Arts Brussels
On until February 24th 2017 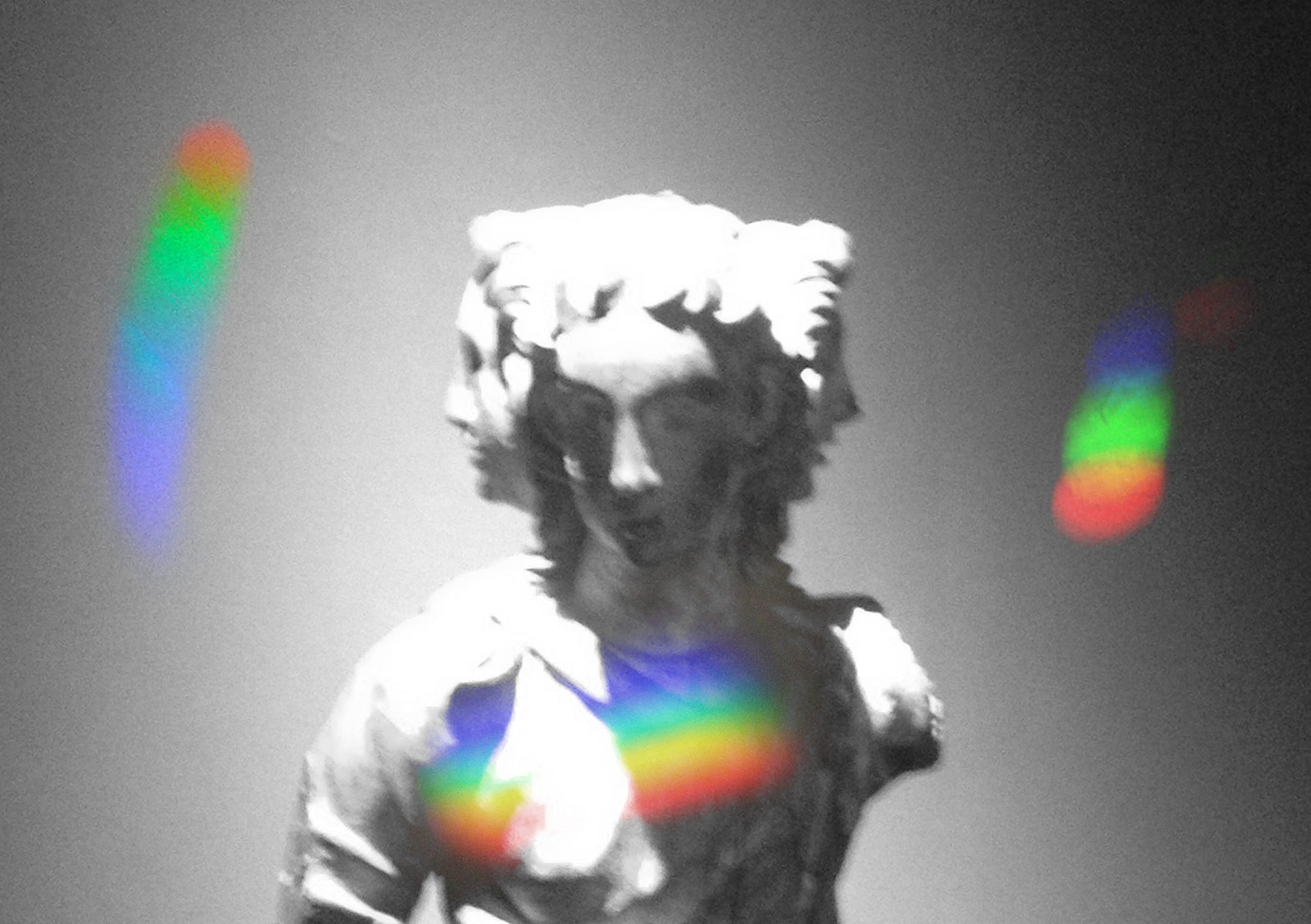 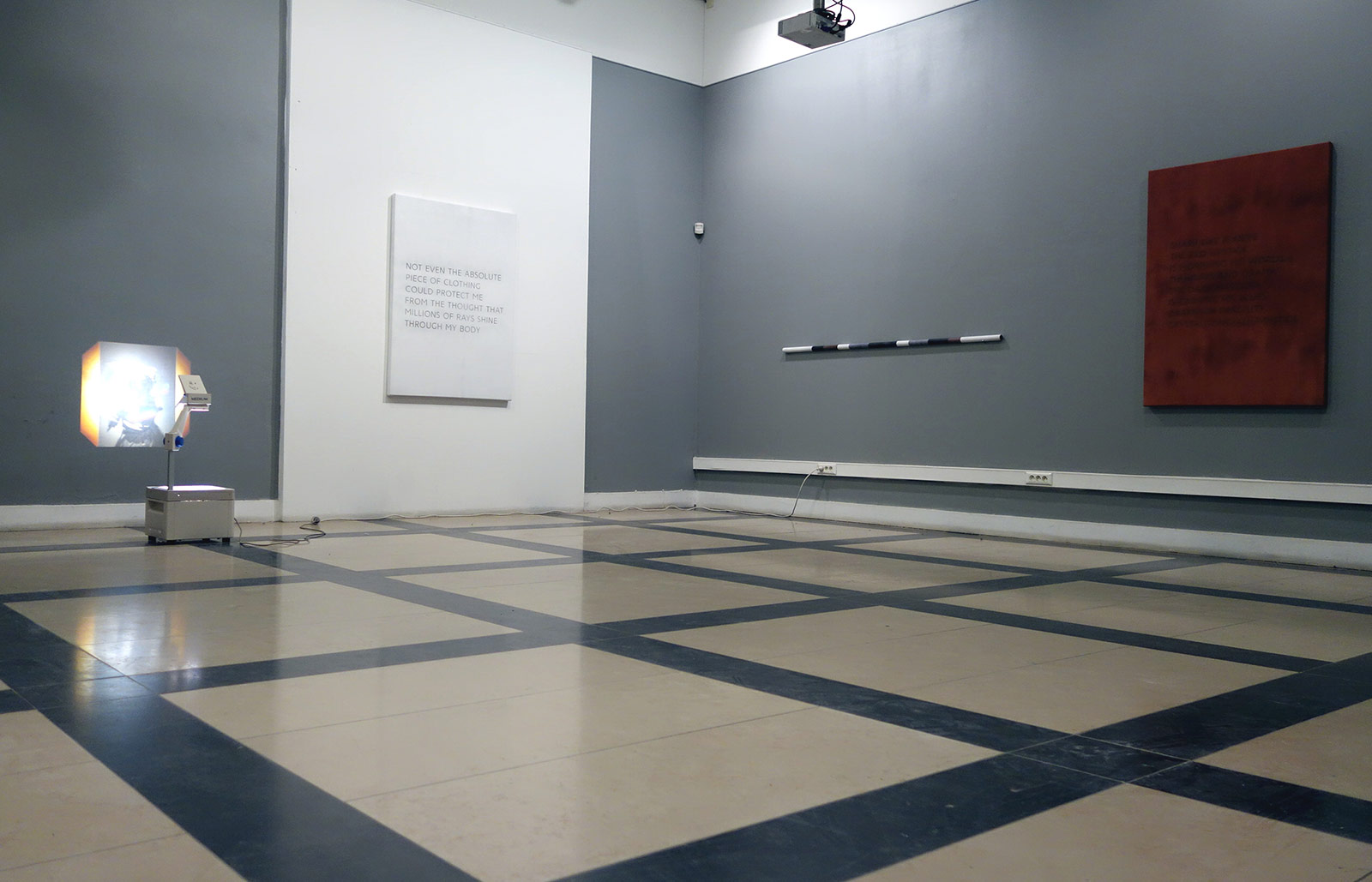 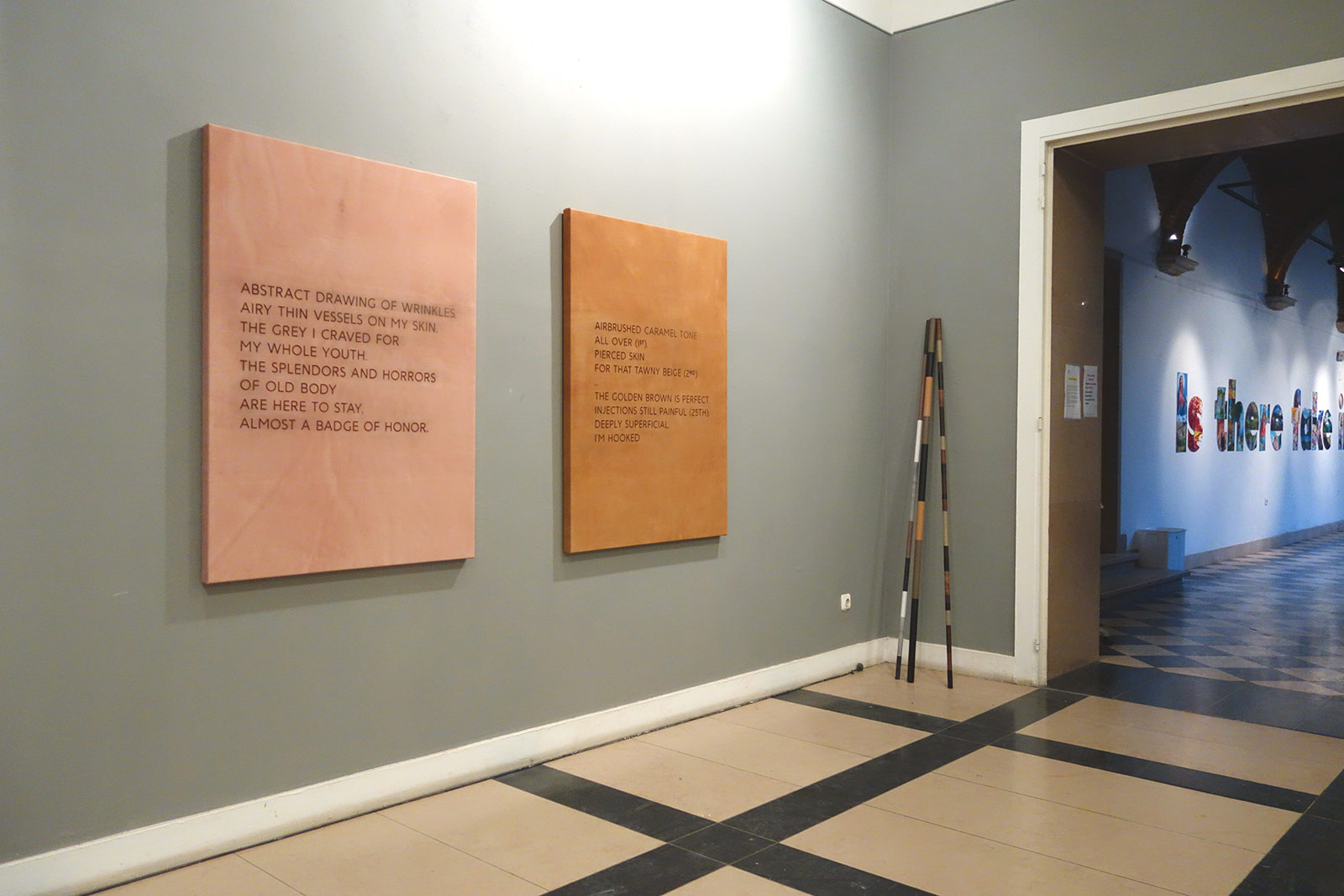 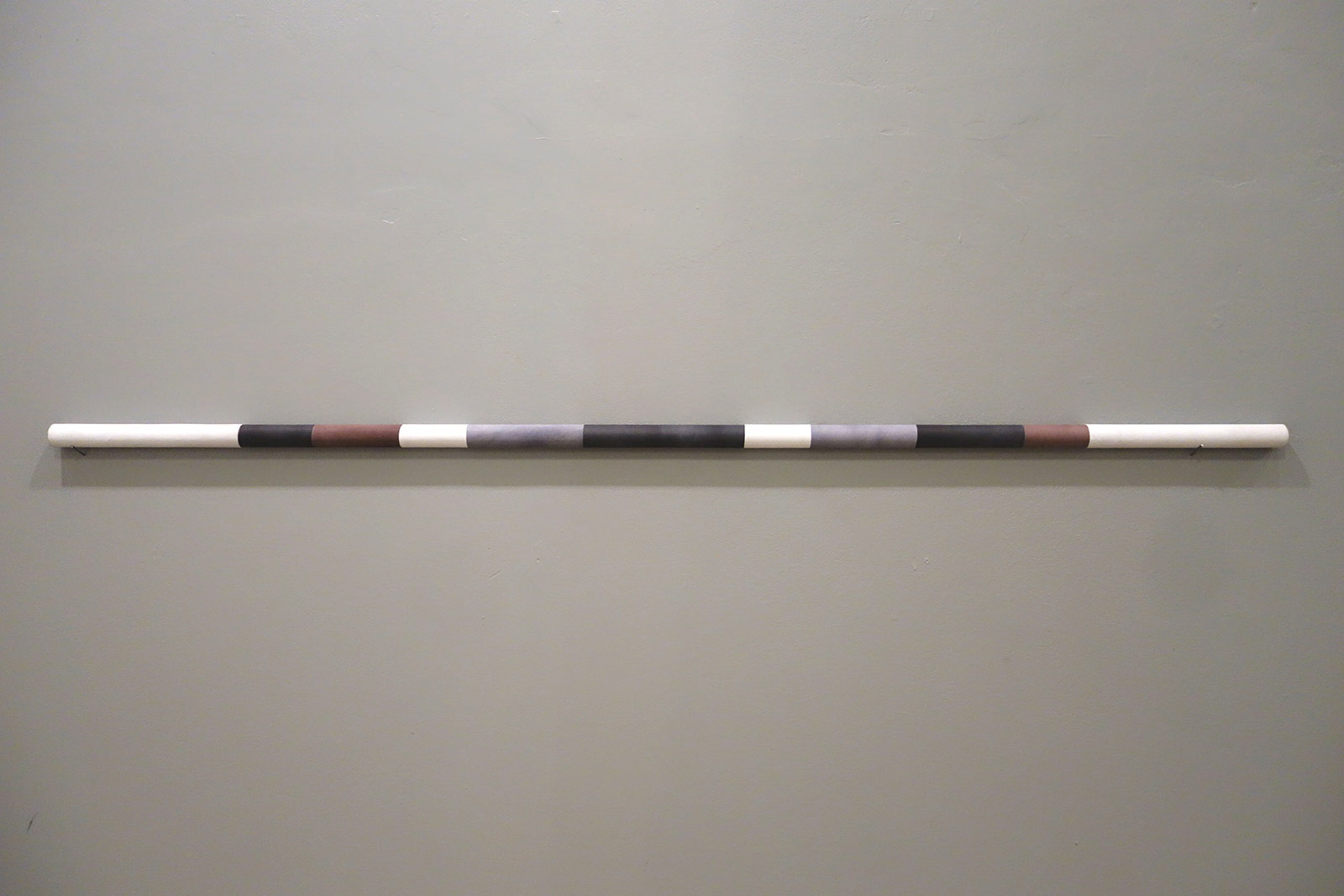 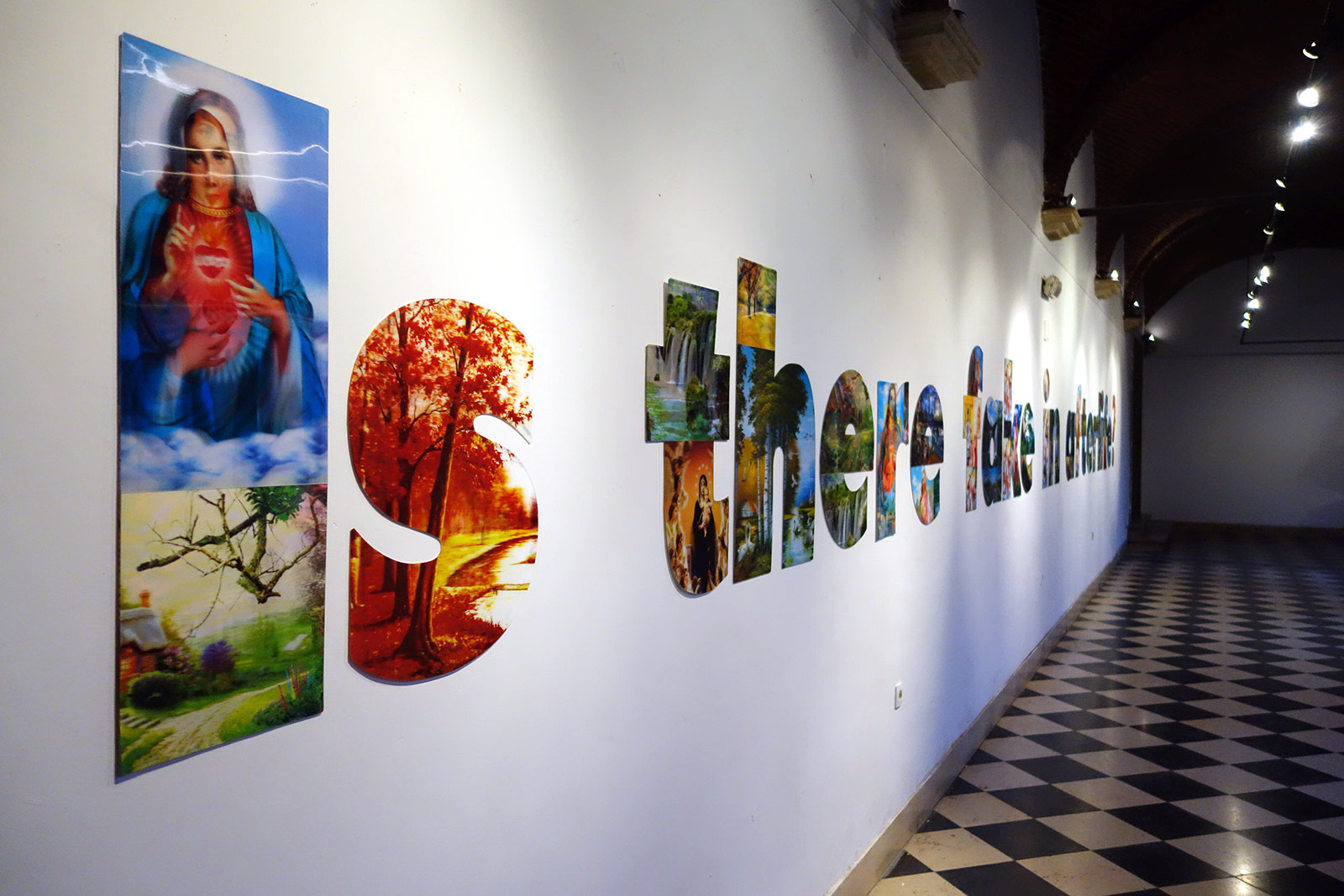 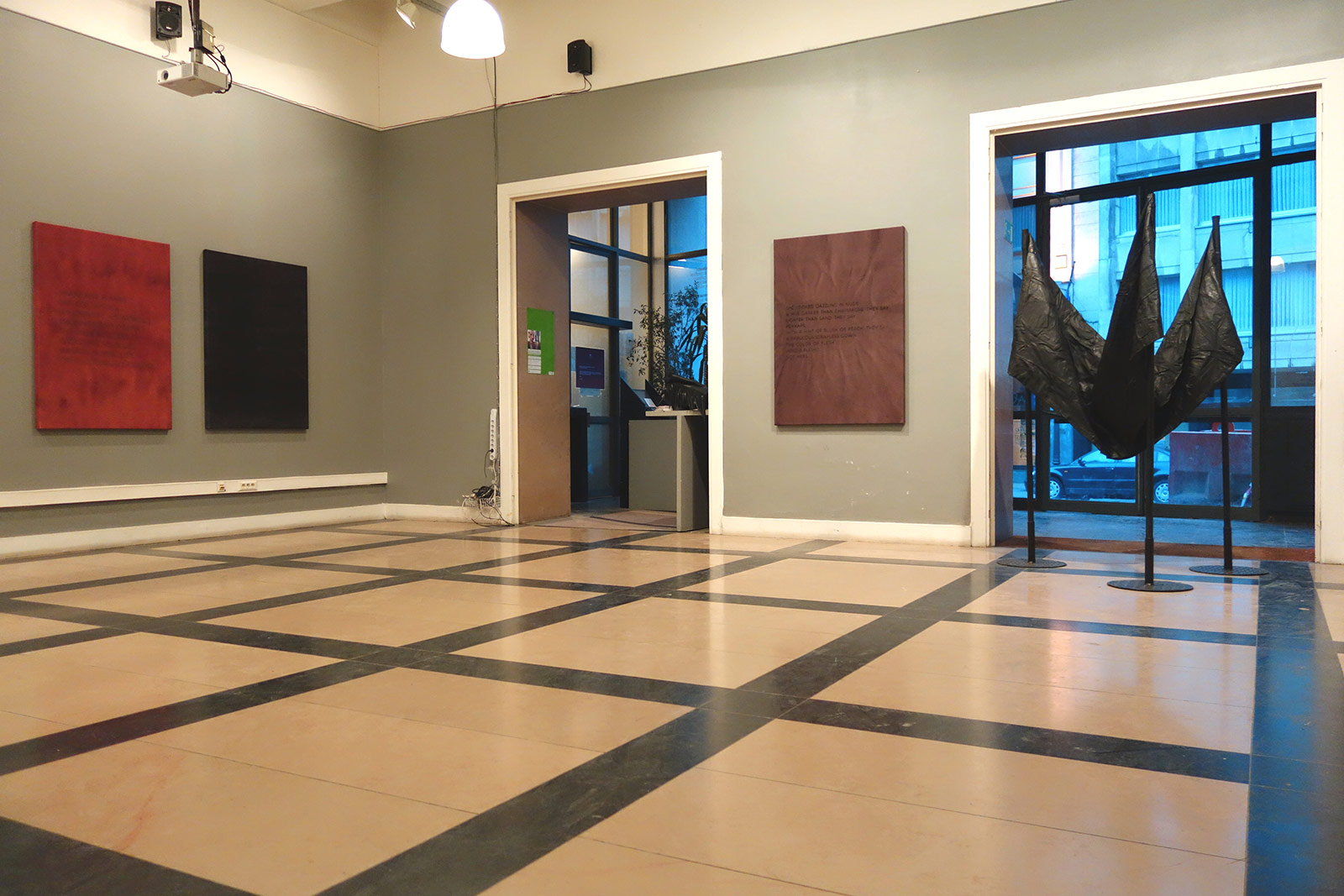 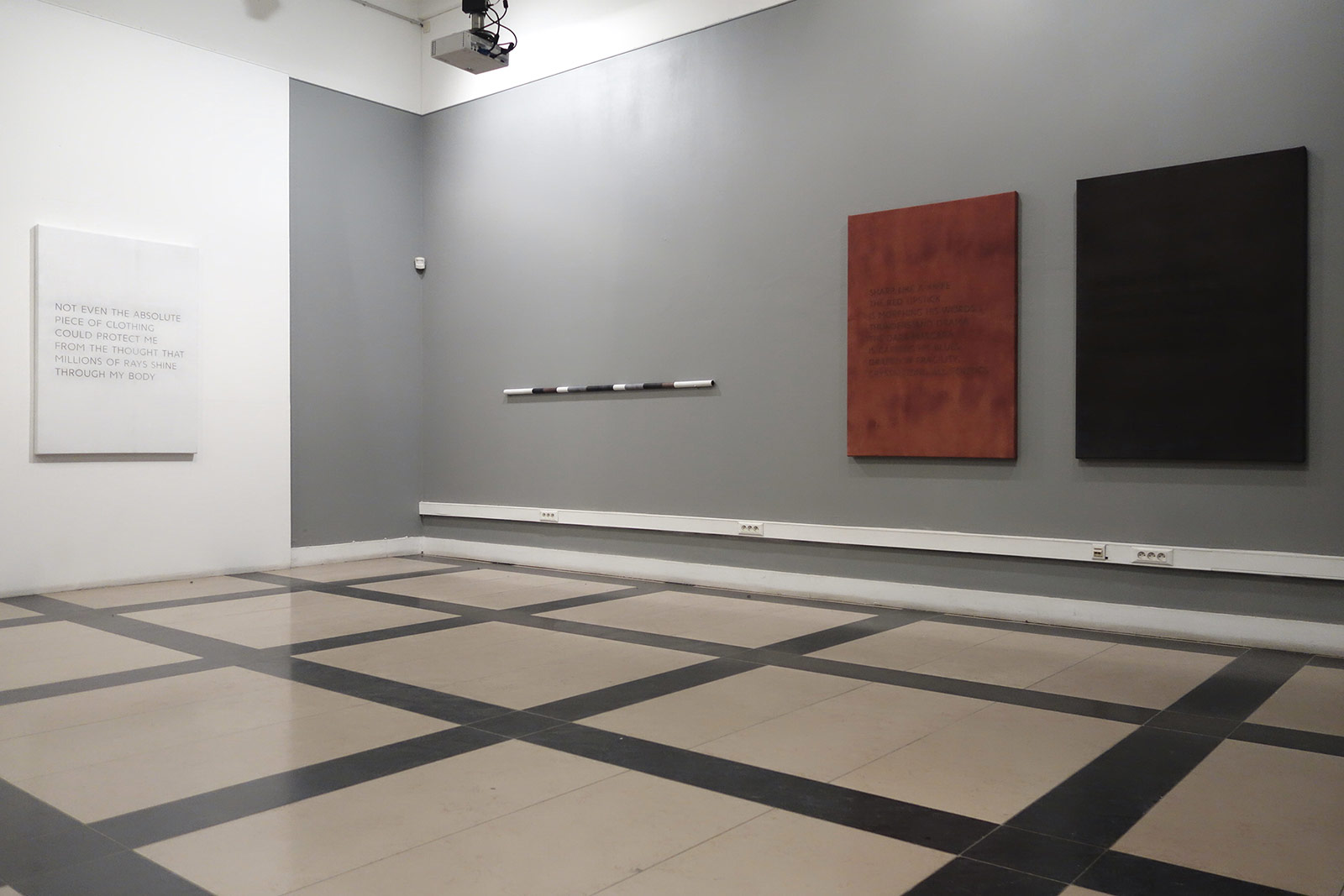 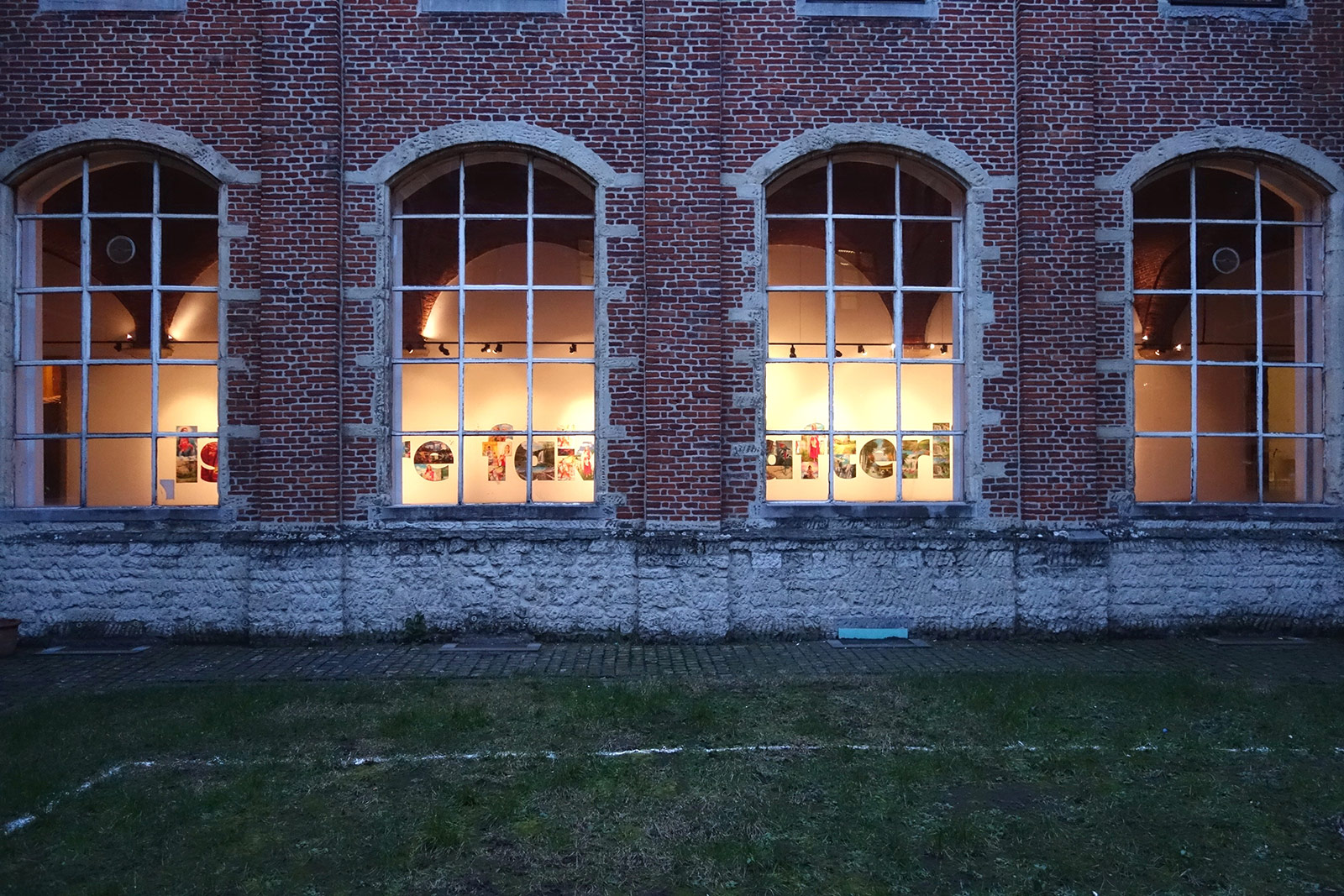