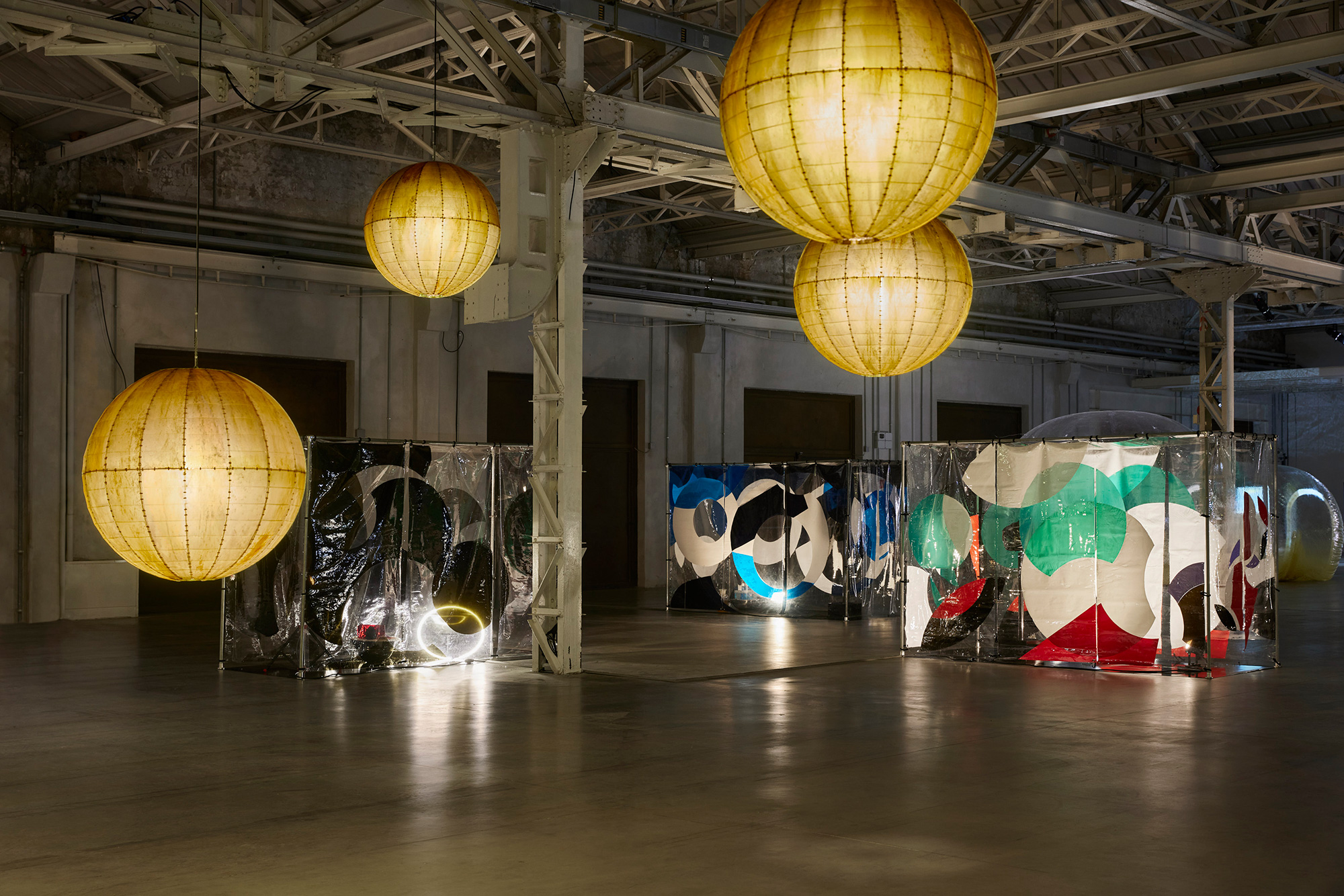 We tend to overlook senses such as smell, touch and taste. Anicka Yi appears to remind us of their importance through Metaspore, the most comprehensive show ever presented of her work. This journey to the artist's past creations is being exhibited at Pirelli HangarBicocca in Milan until July 24.
During her practice, this Korean American contemporary artist usually dissolves the boundaries between science and art, the organic and the synthetic, and the human and non-human, shedding light on concepts such as metamorphosis, symbiosis and the ecosystem. Yi is known for the use of unorthodox, often living materials. Once, she used tempura-fried flowers.

Having participated in group shows including the Venice Biennale and the Taipei Biennial, and after winning such important prizes as the Guggenheim Hugo Boss Prize in 2016, she is now trying to rethink her practice while evolving through Metaspore, a show curated by Fiammetta Griccioli and Vicente Todolí which mainly catalyses the visitors' sensory experiences made up by smells, fragrances and biological elements.

Emerging as one of the most radical figures on the art scene during the late 2000s, Yi's contemporary work combines languages and themes from many films, including philosophy, biology, politics and science fiction through the use of perishable and industrial materials. “I want to fuse the writing of life – the notion that all living things have their own stories, contexts, perspectives, and histories – with the study of life, which also now includes an embrace of nonhuman perspectives,” she says. Metaspore comprises more than twenty installations that represent the beginning of a new era. For Yi, this exhibition represents a moment to reflect on and, thus, to imagine future developments in her practice.

Among the works is an expanded and updated version of the originally presented at the 58th Venice Biennale work titled Biolizing the Machine. On this occasion, the artist and her studio collaborated with the Department of Earth and Environmental Sciences at Milano-Bicocca University to create Biolizing the Machine (spillover zoonotica), 2022, which comes to life as a locally created ecosystem combining soil bacteria, cyanobacteria and algae. The organisms take on different colours, generating suspended paintings that might be altered during the exhibition period.
HangarBicocca in Milan will host Anicka Yi's show Metaspore until July 24. 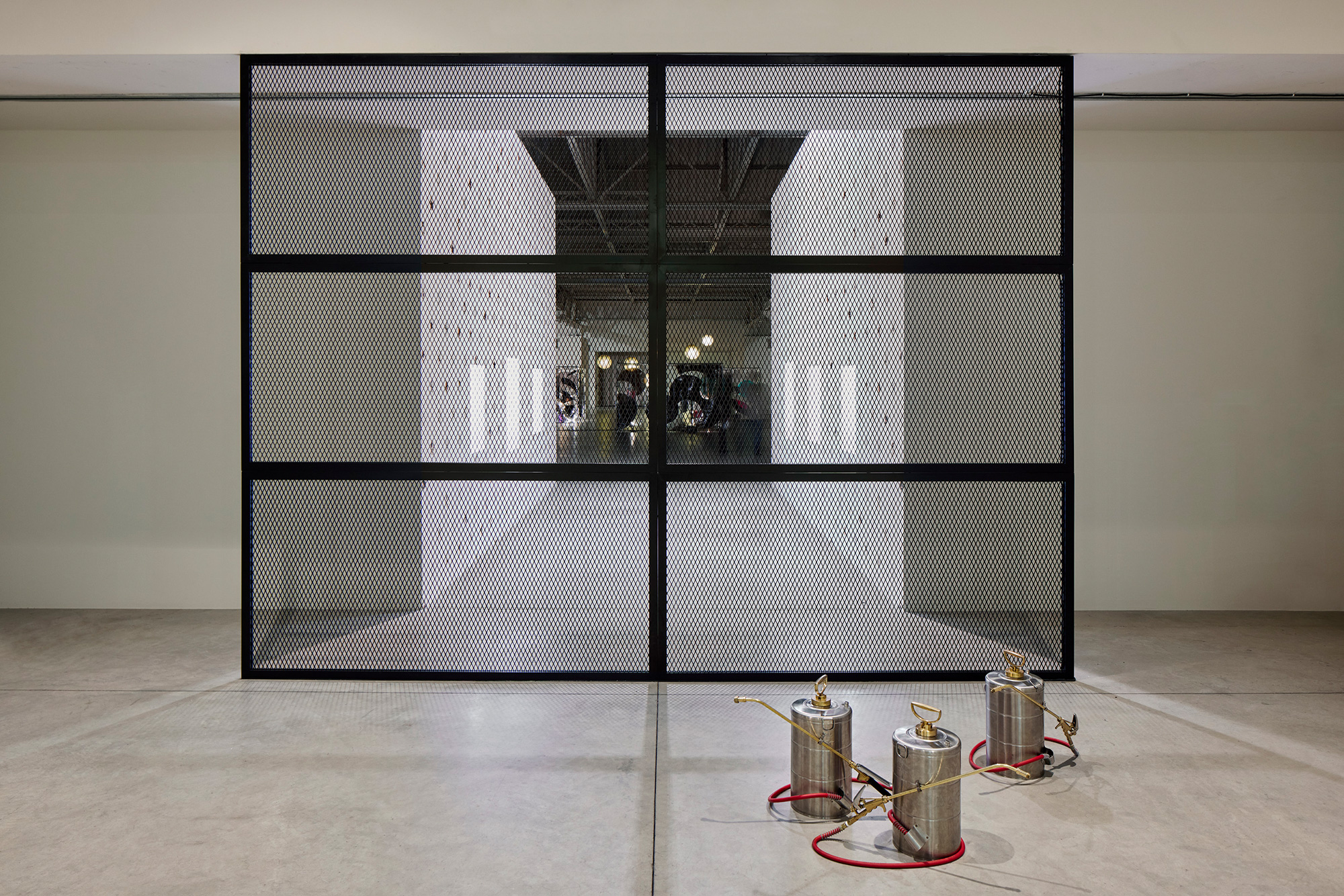 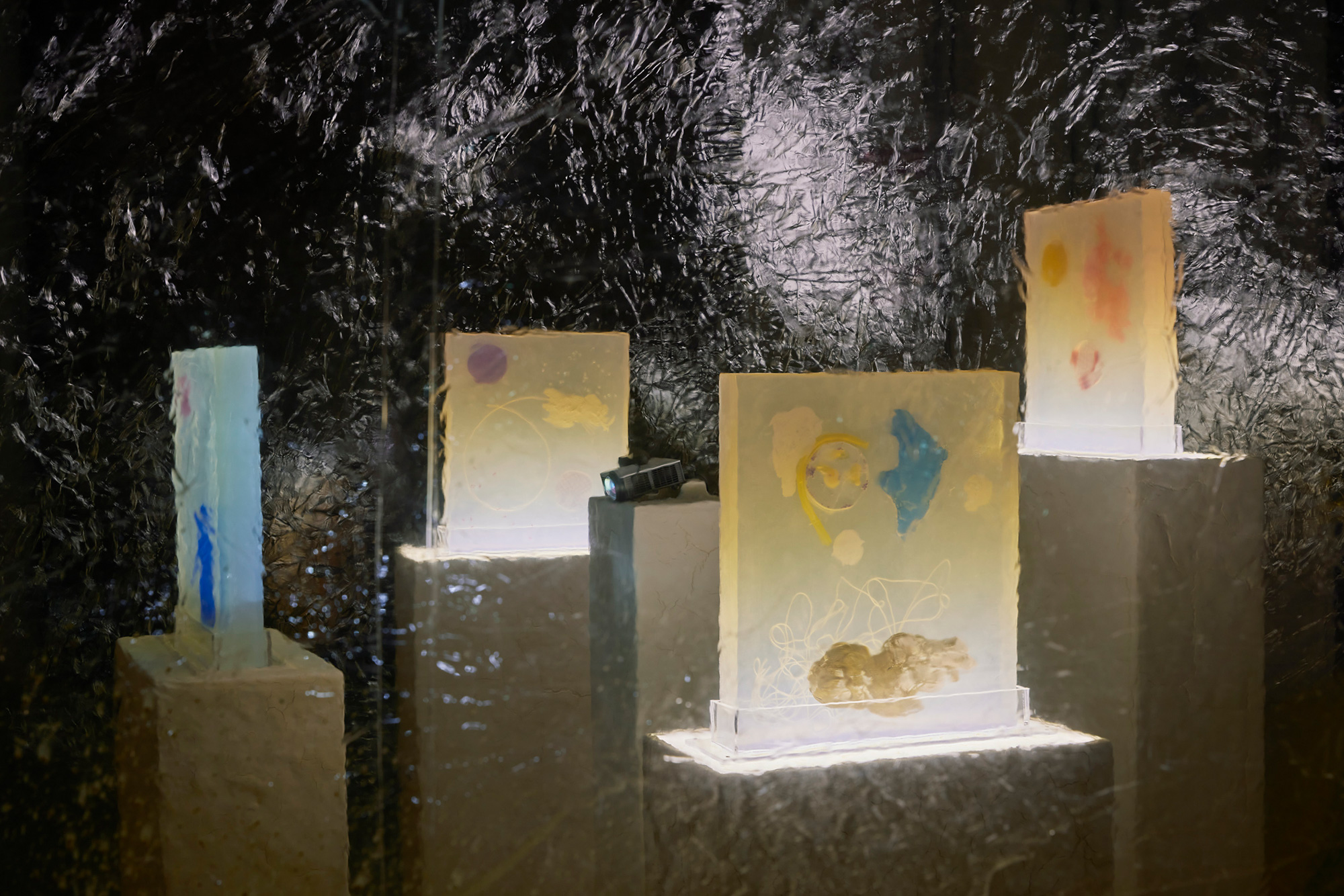 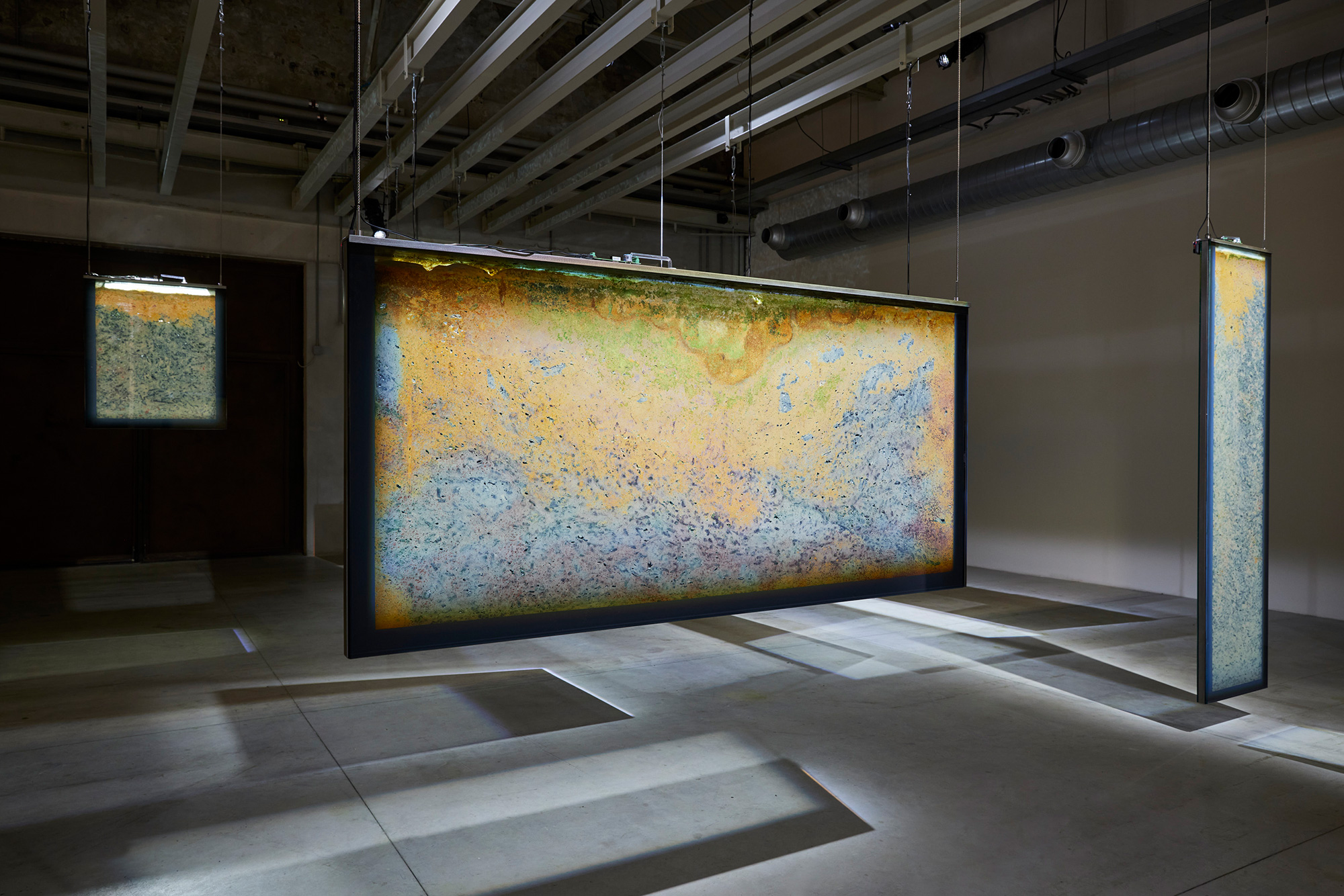 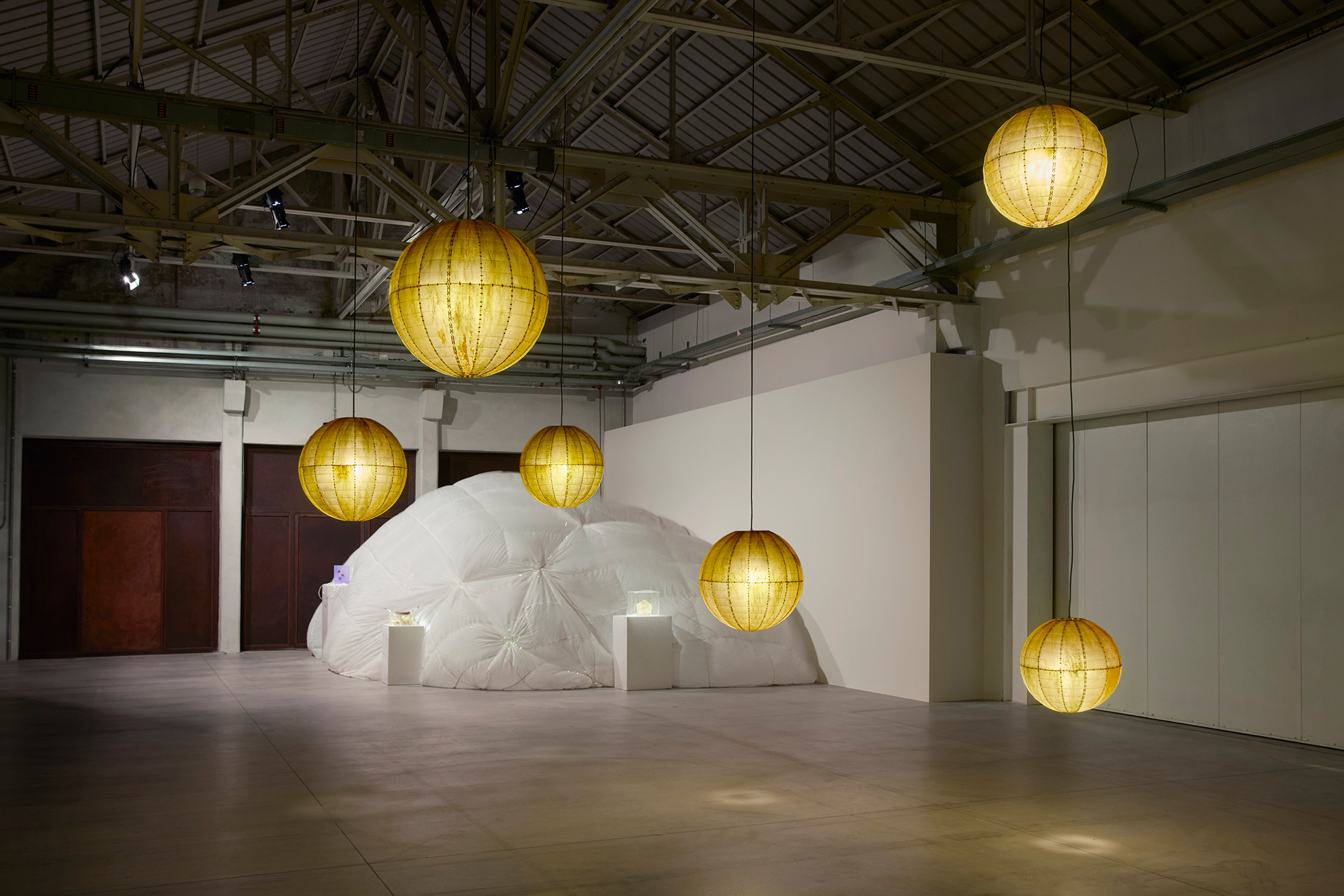 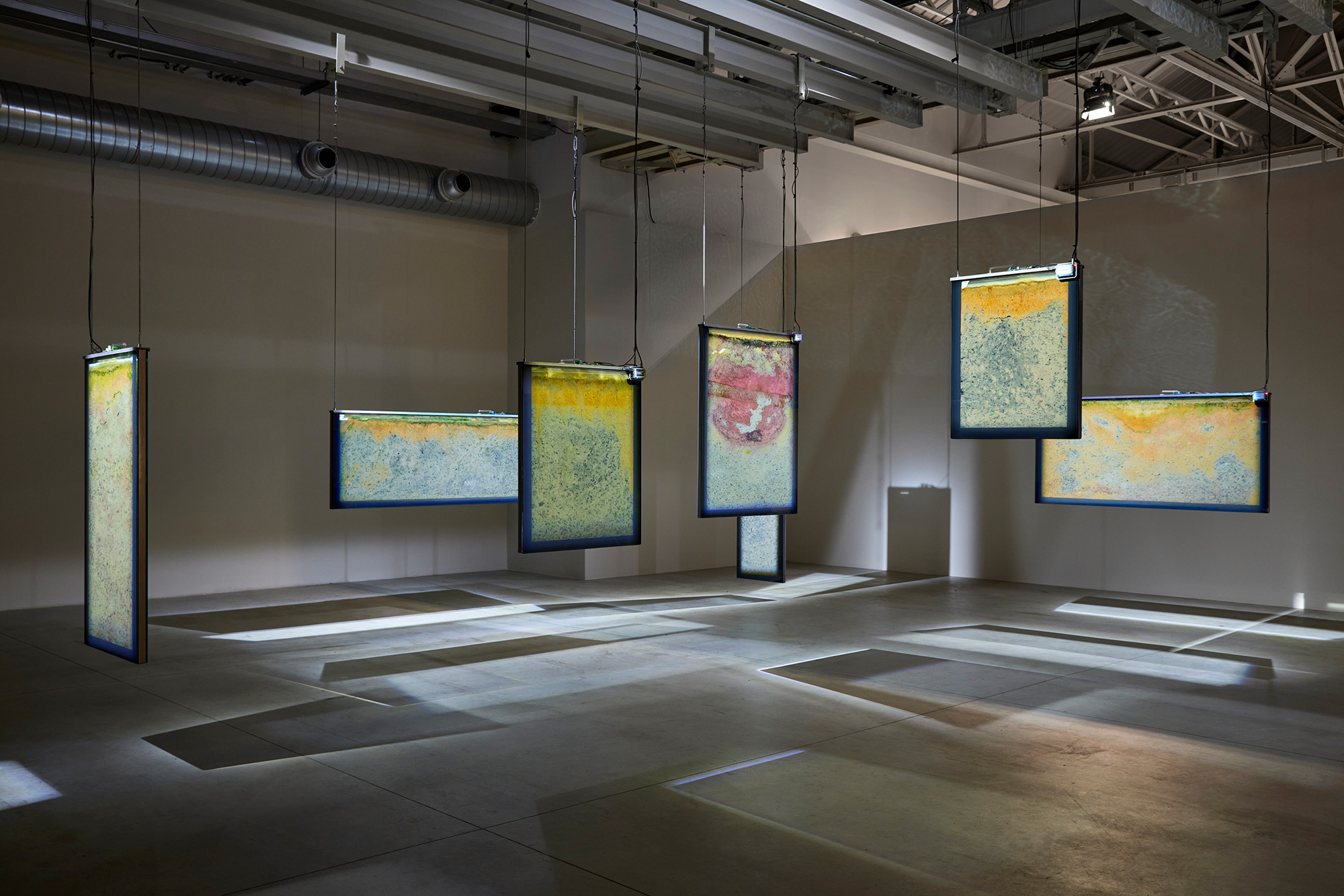 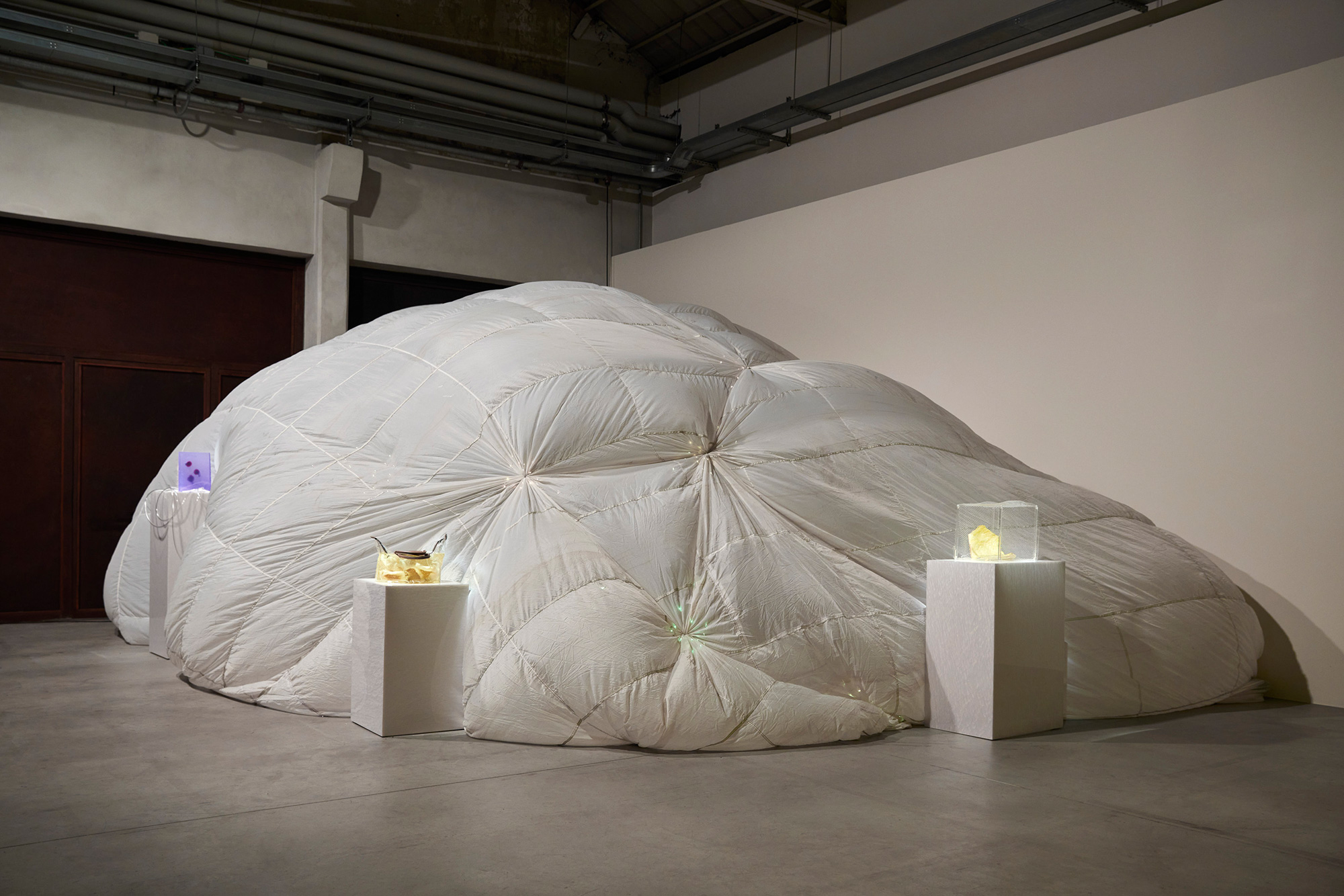 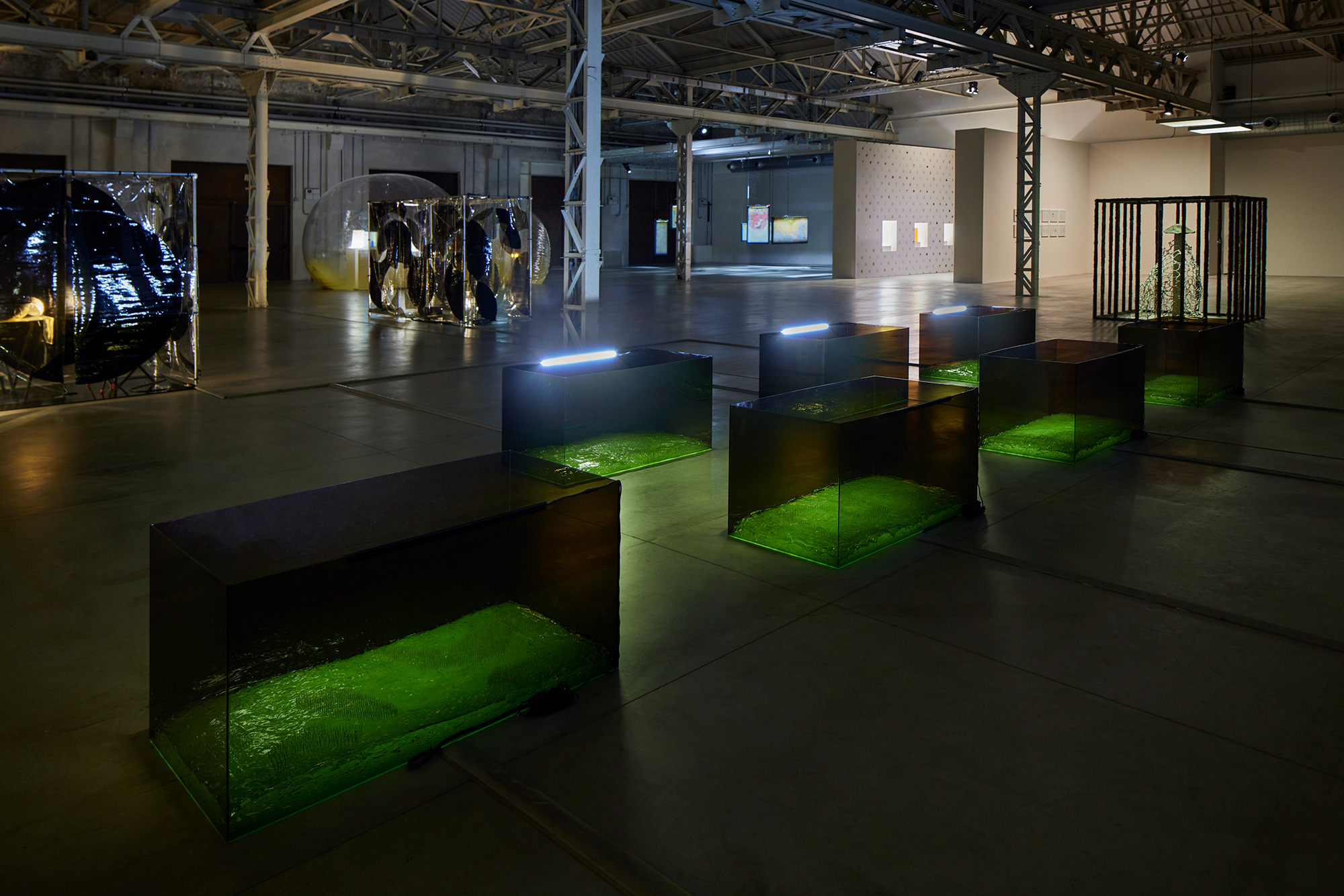 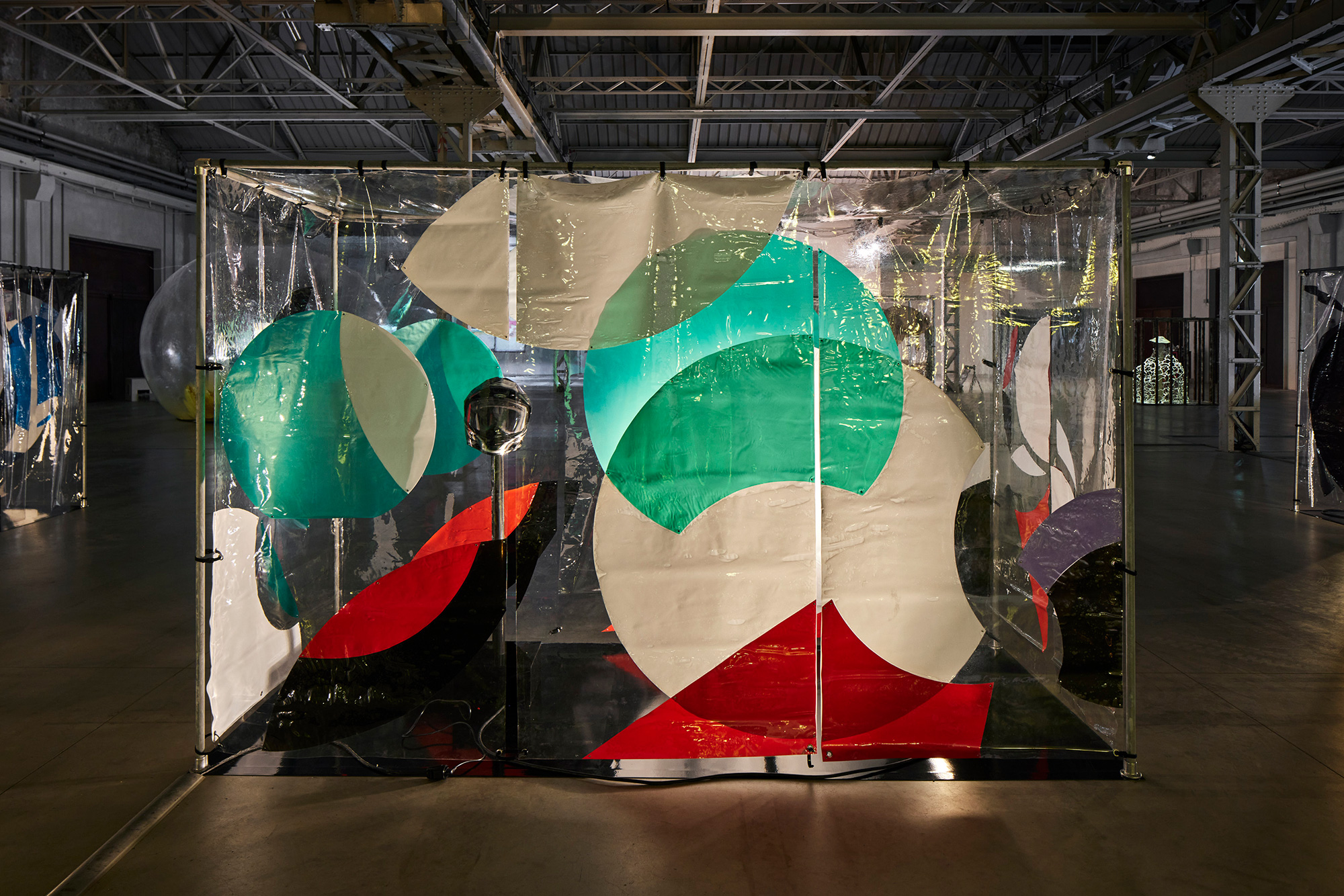