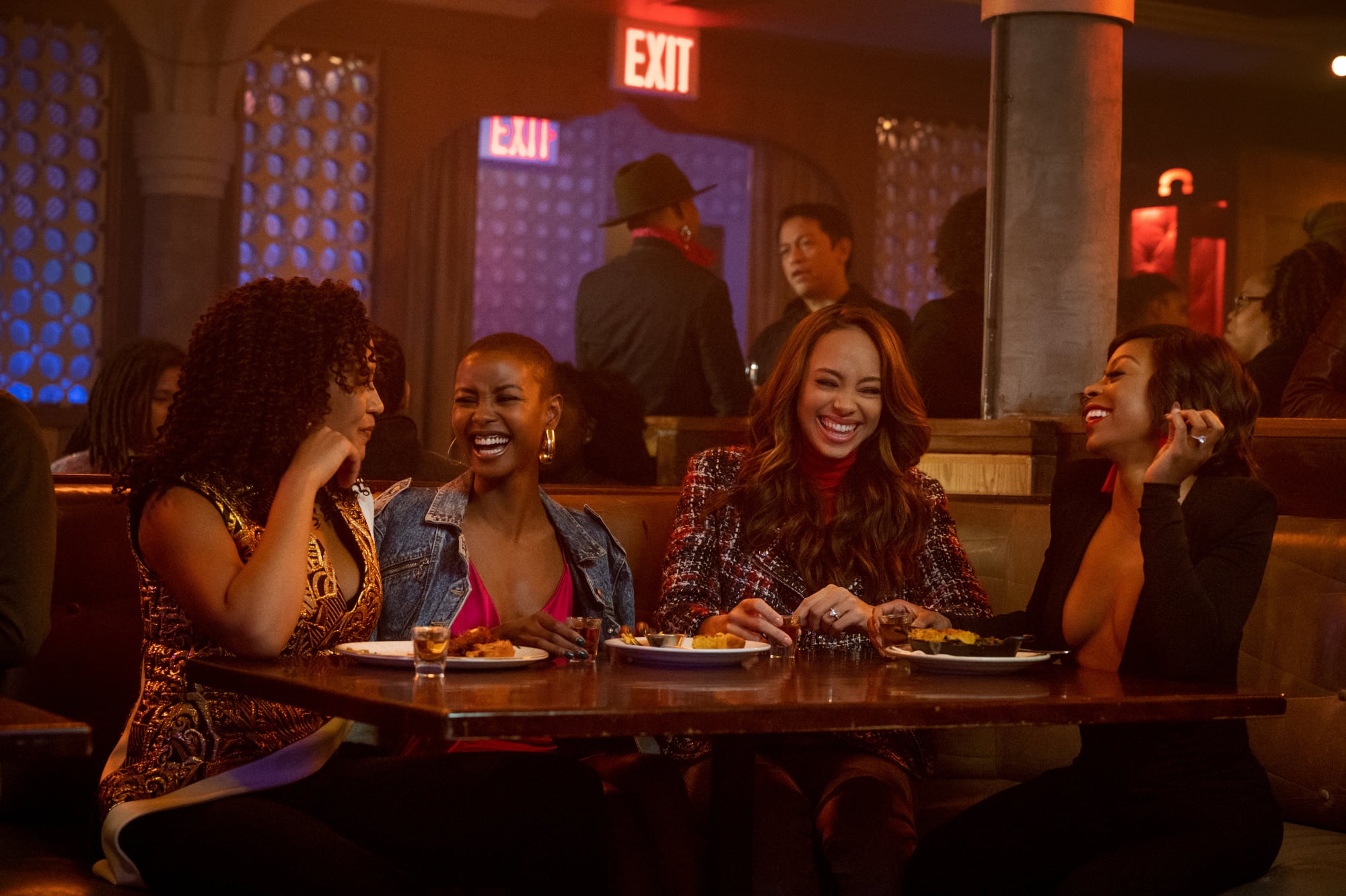 "Head up, eyes on the prize: world domination," the captions read. You can’t have work without a little play. Striving to take the world by storm, four thirty-something friends are making their way through life and our television screens. Titled Run the World, the eight-episode half-hour series will debut May 16 and will be available on Starzplay in Spain. Set in Harlem, the series follows the four women, interpreted by Amber Stevens West, Corbin Reid, Andrea Bordeaux and Bresha Webb – we spoke with the latter two – through the streets of New York City as they navigate the roller coasters of life while striving for world domination and looking fabulous as they do it.
The official trailer was released April 8, and if it is any indication of what to expect, we’re anxiously waiting. The show’s creator, writer and producer, Leigh Davenport, described the series as "a love letter to Black women and a love letter to Harlem that I hope inspires young, ambitious Black women to feel powerful, desirable and free." With a Black female-led cast, the series explores the intersections of sexism and racism, breaking down the conventional stereotypes of these themes in mainstream narratives in a fun and comical approach.

Run the World succeeds Sex in the City, but with a new element centring the Black female experience. Vibrant and fierce at its core, it is an “unapologetically female show about friendship and not only surviving – but thriving together.” The dynamic circle stars Amber Stevens West as Whitney Green, a Type A perfectionist who plays by the rules, usually, Corbin Reid as Sondi Hill, a scholarly professional revaluating life, Bresha Webb as Renee Ross, the fiery diva and Andrea Bordeaux as Ella McFair. the daring romantic.

We had a moment to get a candid behind the scenes with Bordeaux and Webb on what to expect from this latest series. As Bordeaux, our daring romantic, explained in the interview, “it’s very similar to Sex in the City but it’s taking that same high fashion, high energy, New York City backdrop and adding the culture of Black American to it.” Speaking to the added feature that the female Black narrative brings to the forefront of our screens she also says, “Melding those two together we get something that’s really dynamic that we haven’t really gotten to see at this level before.”

In a quote from Webb she explains, “it’s a great way for us to celebrate Blackness, Black girl magic and successful women living in New York.” You’ve got it all: the perfectionist, the scholar, the diva and the romantic. While these women share a chemistry connected at the hip, each individual character builds on one another through their diverse personalities, creating a multifaceted dynamic of loyalty, energy and a fierceness. “I hope that women can see themselves reflected in and inspired,” Webb said. “I’m so excited to see women like us on the screen that are educated and have gone to ivy league schools and are living successfully in their neighbourhood in Harlem, giving back to their community; it's aspirational.”

The series comes at a time where representation and inclusivity matters more than ever. In a quote from Bordeaux, “what this show does is it gives Black women a chance to expand the way that we see ourselves.” Embodying a strong-minded wittiness and an 'I don’t take shit' kind of attitude, the show follows the tight-knit circle of the four friends, each walking their own paths to female domination as they navigate the chaos of friendships, relationships and the professional world. “We often don’t see ourselves as being able to tell stories in this way and I think that’s what this show is giving,” Bordeaux added. Bold, authentic and inclusive, this show is exactly what has been missing from our screens and we can’t wait to see more. 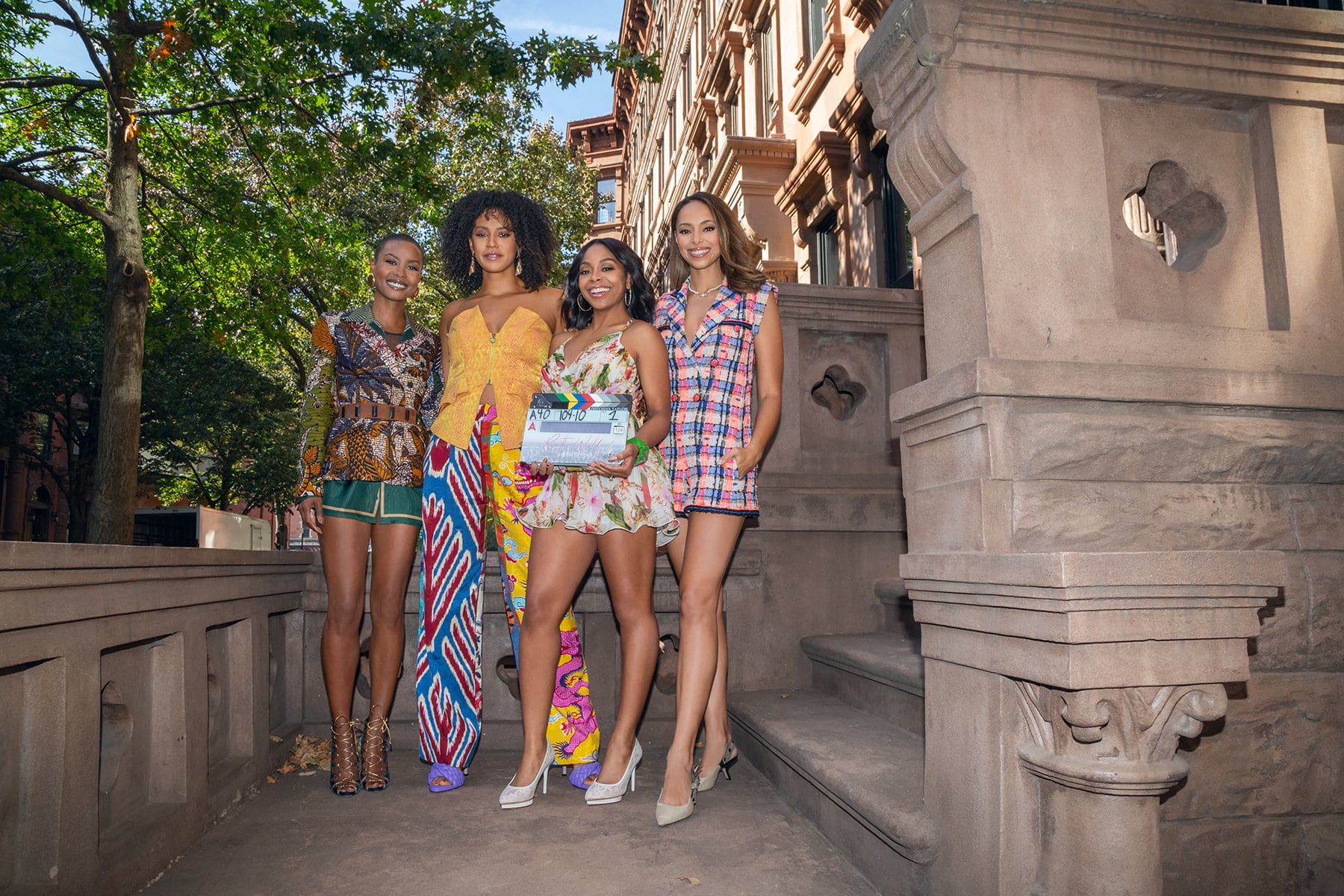