Concerns about humans and the planet 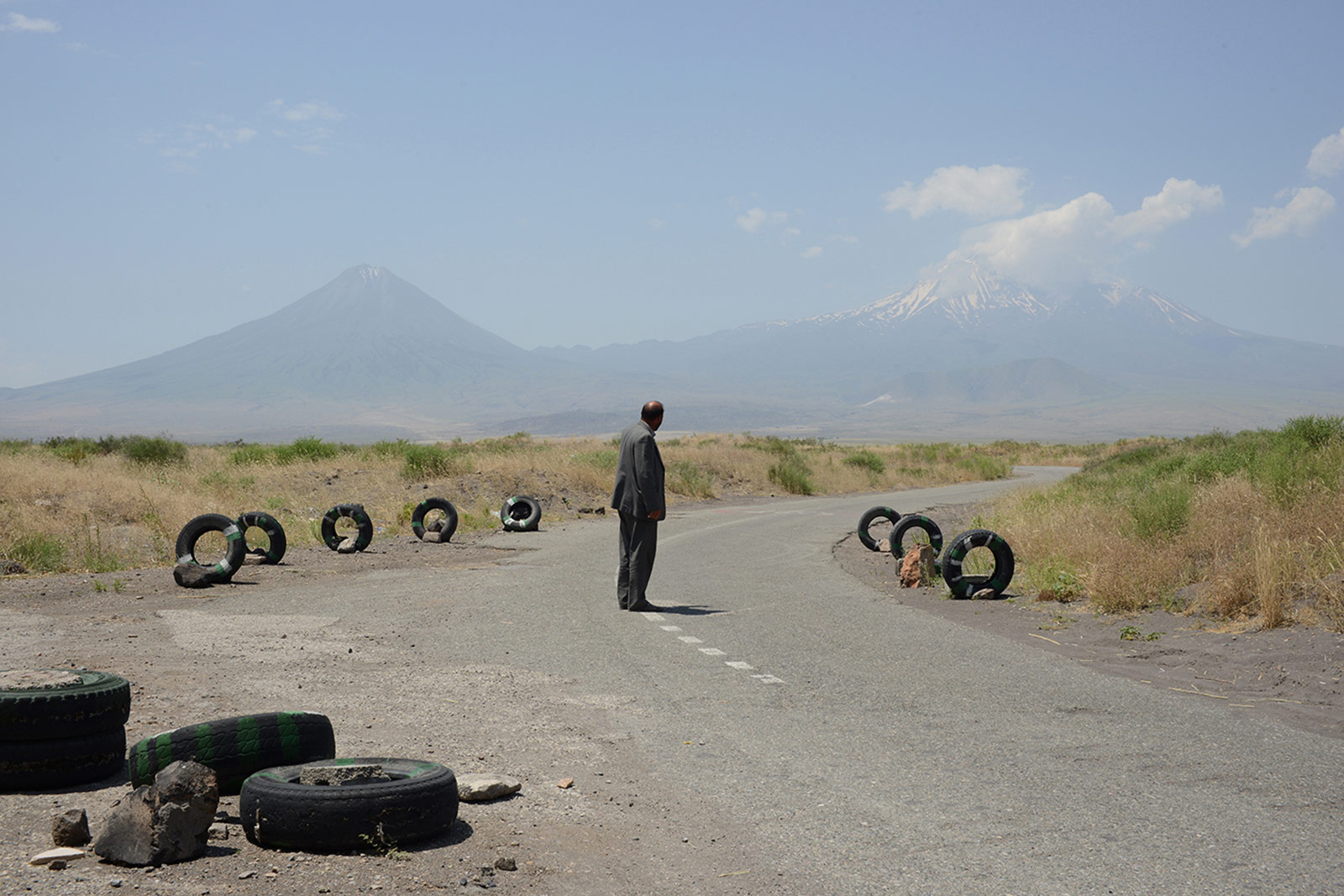 If Amsterdam is always worth a visit, imagine when it’s in full artistic bloom: from November 22 to 25, the Amsterdam Art Weekend takes place in the many art galleries, museums, and other artistic venues and institutions of the city to celebrate four days of openings, talks, performances and screenings. From Melanie Bonajo’s video pieces to Alicia Framis’ performance, here are the top activities you can’t miss.
The Dutch capital is not as big as other European cities one could think of, but its cultural scene is active and exciting like none other. That’s why an event like this is always full of interesting activities: there are many proposals, and all of them are very different from each other. But in this year’s edition, it seems like there’s one recurring topic: the present and future of our world and society. It’s been some time now since the global political turmoil started (did it ever end, though?): Trump, Brexit, Bolsonaro, or the far-right political parties growing across Europe are just some of the clearest examples. The growing concern about technology and how it’s affecting us as a species as well as our environment is also reflected on many exhibitions and artists’ bodies of work.

So we could start with Kristof Kintera’s exhibition Naturally Postnatural, held at Galerie Ron Mandos, where the artist explores the ‘new copper age’ (the network of wires that sustain the ‘intangible’ digital world) and studies the behaviour and structures of natural and technological systems while also creating new plant species. A perfect combination of technology, nature, and human behaviour. Renowned artist Herman de Vries also uses plants in his exhibition Ultimate Free, held at Borzo Gallery, where he’s exhibiting a series of new drawings inspired by the ancient forest Steigerwald (Germany), where he lives.

The environment is also important to Antoinette Nausikaä, who’s been working on a project that “concerns the quest for silence and immutability on and around sacred mountains, in contrast to the hectic life of the city” and that has taken her on a journey to eight mountains in Europe and Asia. The result is Breathing Mountains, an amazing combination of photographs, sketches, videos and notes exhibited at gallery Caroline O’Breen.

Still focusing on mountains and landscapes, we must also recommend the three-part installation of sculptures and projections by Persijn Broersen and Margit Lukács at museum Foam, where they examine “nature as the construction of the human imagination”. But this is not their only piece during the Art Weekend: the creative couple are also part of Let’s Talk About Nature, a group exhibition held at Akinici showcasing artworks by Melanie Bonajo, Inge Meijer, and Ruby Swinney – all of them will be participating in a talk on Sunday to discuss the exhibition and the topics it tackles.

In addition to our surroundings, there are also several exhibitions exploring our inner selves. We could start by Ben Russell’s first solo show in The Netherlands. Held at De Appel, the exhibition presents his short film Atlantis and a recent work about utopias and dystopias: Good Luck, where he portrays the “natural resource extraction in two different parts of the world, focusing on the faces, movements and gestures of the men who do the backbreaking labour”. Also working on film and tackling ideas of exploited men and resources, we find Karimah Ashadu’s Power Man at De Ateliers, an exhibition with the audio-visual installations Red Gold and Sodoko (shot in Nigeria and featuring a boy from the slums of Lagos).

Inspired by a poem by Tsering Woeser, the exhibition A Sheet of Paper Can Become a Knife held at Prince Claus Fund Gallery gathers ten artists who’ve previously been Prince Claus Laureates, all of them non-European. Big names like Zanele Muholi (South Africa), Teresa Margolles (Mexico), Cildo Meireles (Brazil), or Amar Kanwar (India) explore how almost anything can become a weapon and the current state of intense violence across the world (with a special focus on each artist’s country).

Another artist exploring violence is Alicia Framis, but she’s more interested in the violence towards women. In the exhibition Forbidden Collections, at Upstream Gallery, the Spanish multidisciplinary creative presents two fashion collections whose garments are understood as banners for a demonstration rather than beautiful, decorative pieces. In one collection, each dress is embroidered with the question ‘Is My Body Public?’ in fifteen languages, representing women across the globe who suffer from the sexist system. In the other collection, the garments are made from high-tech airbag fabric with the goal to protect against sexual (or any other) harassment and aggression. If you want to see them in action, you can’t miss Alicia’s performance at the gallery on Friday.

Sound will also play an important role these days with two great exhibitions. The first one, by Japanese artist Ryoji Ikeda, held at the Eye Film Museum since early-September, an immersive installation where sound, light, quantum mechanics, mathematics and data collide to create shapes and structures. The second, an installation by Janet Cardiff and George Bures Miller at a church, the Oude Kerk. The sound piece investigates “the relationship between heritage, architecture, sound and audience” and features “strong storylines in which the present and the past continuously cross-pollinate each other”.
Amsterdam Art Weekend will take place from November 22 to 25 in different art galleries, museums and institutions of the city. For more information, visit their website. 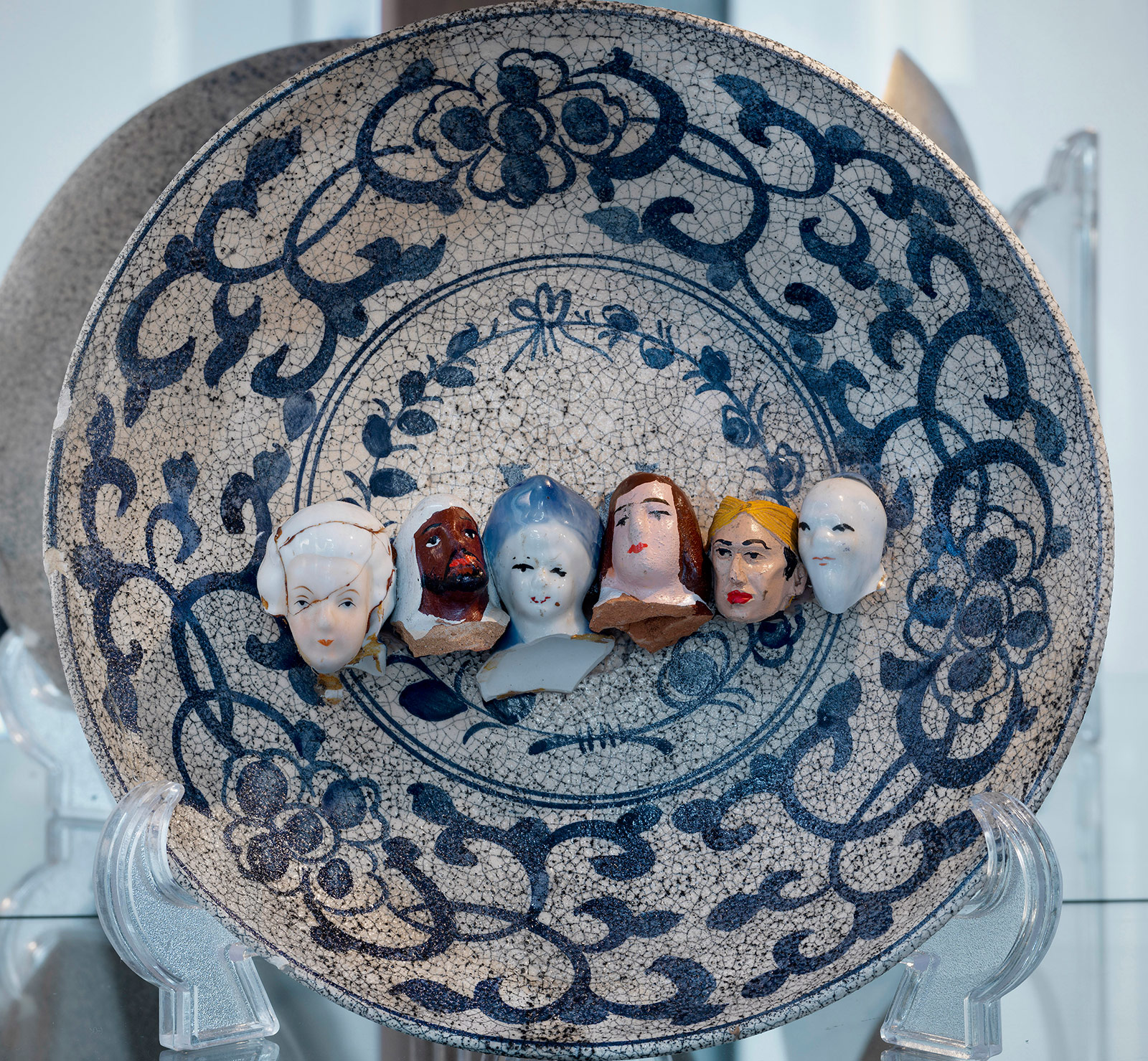 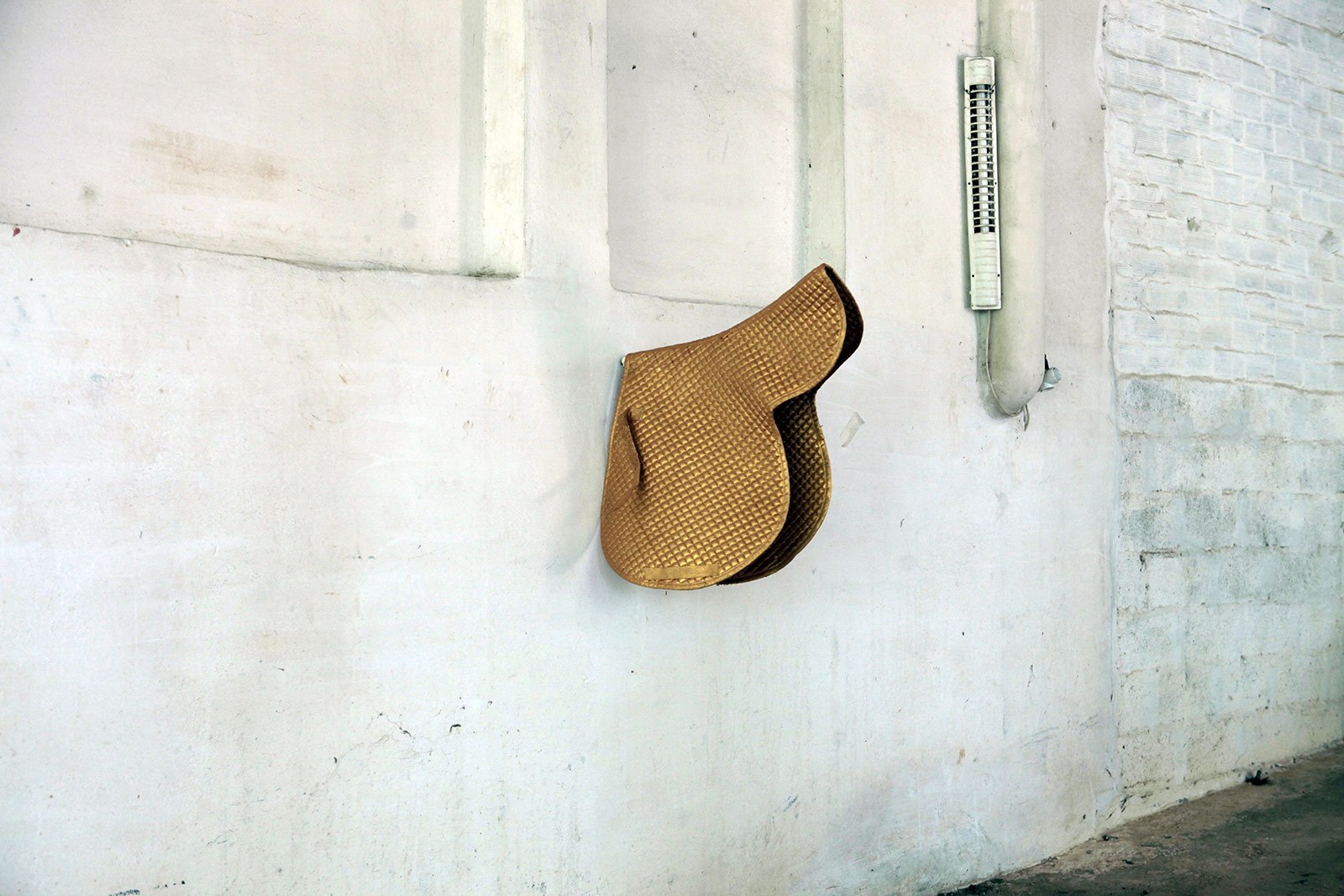 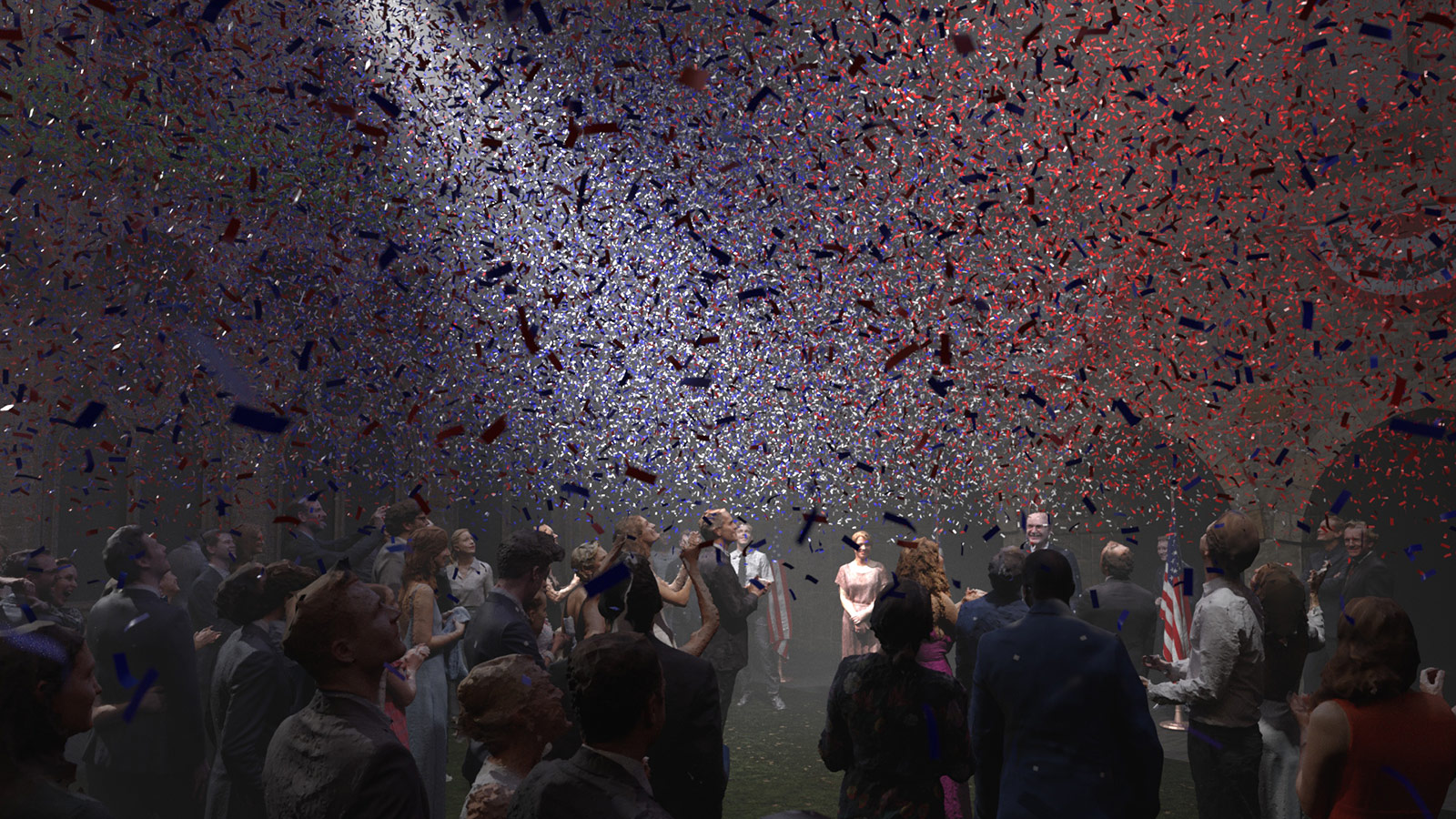 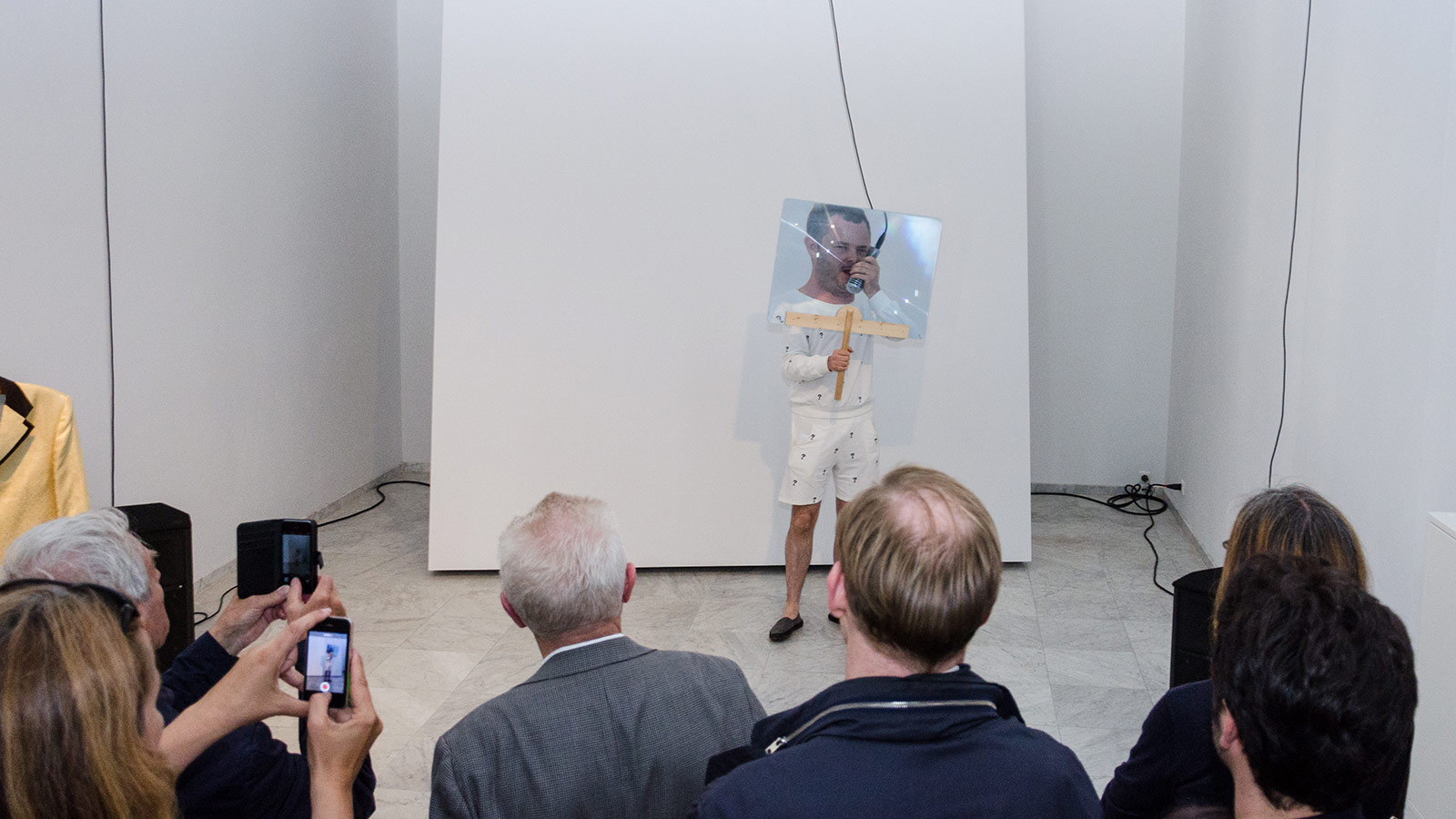 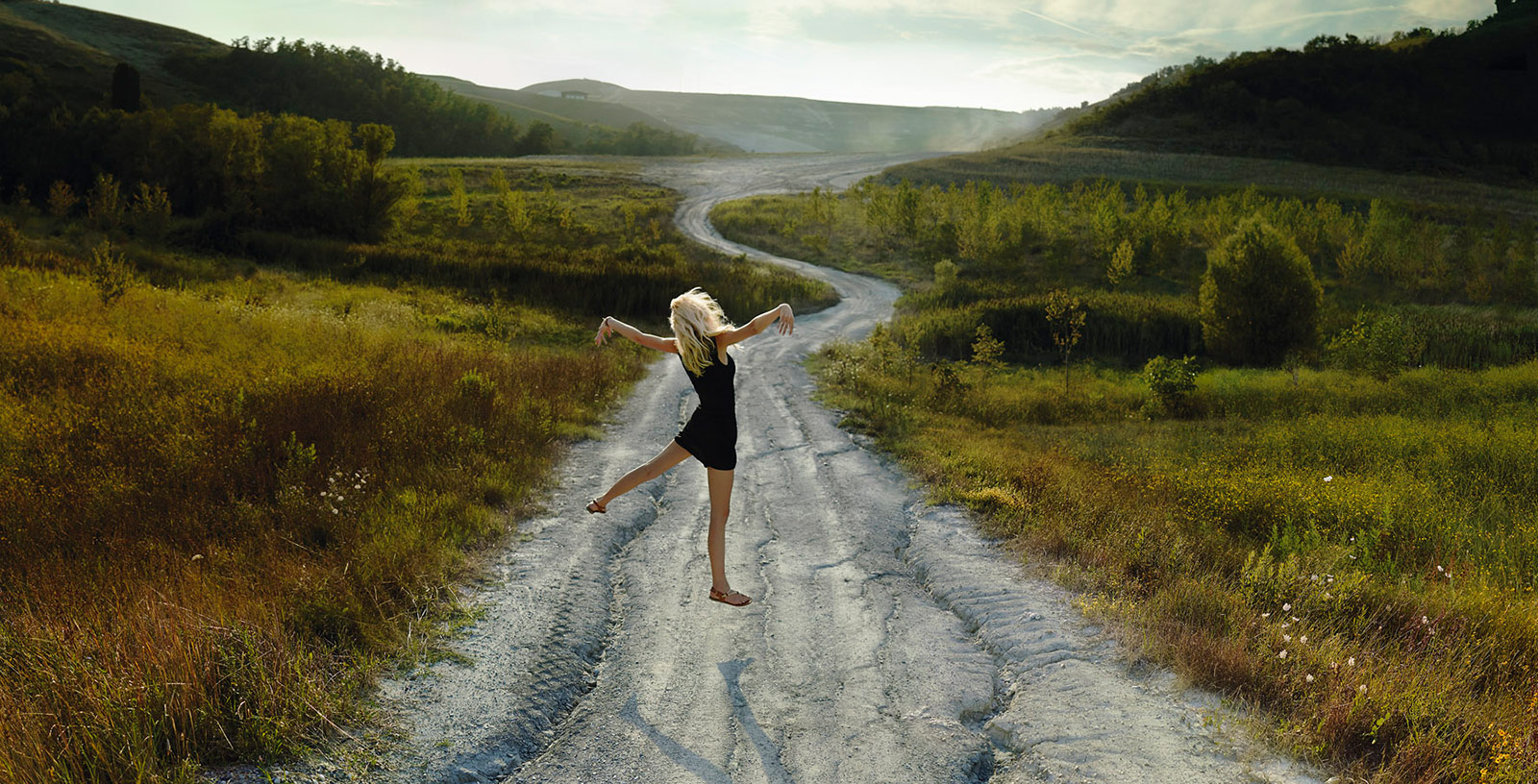 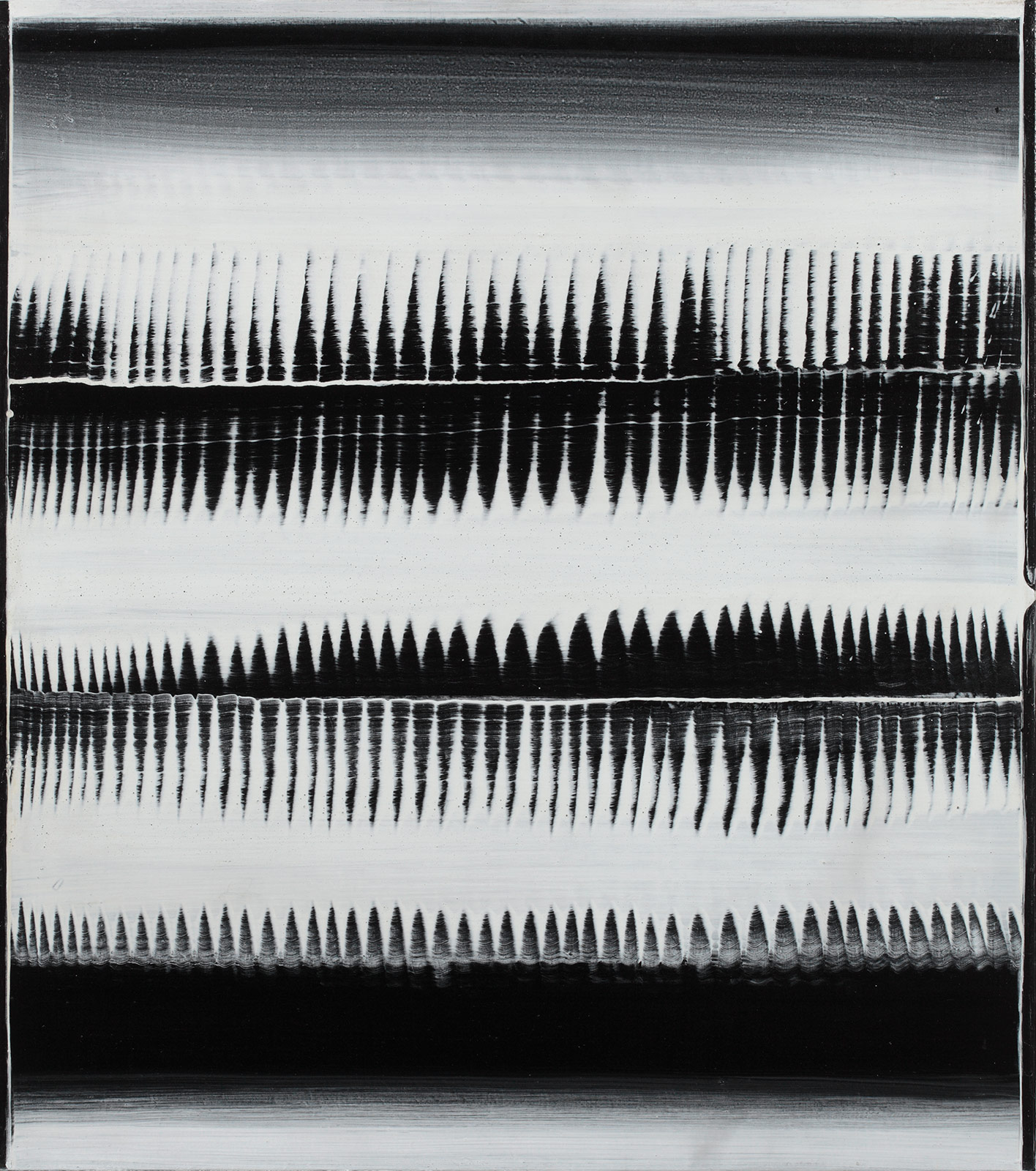 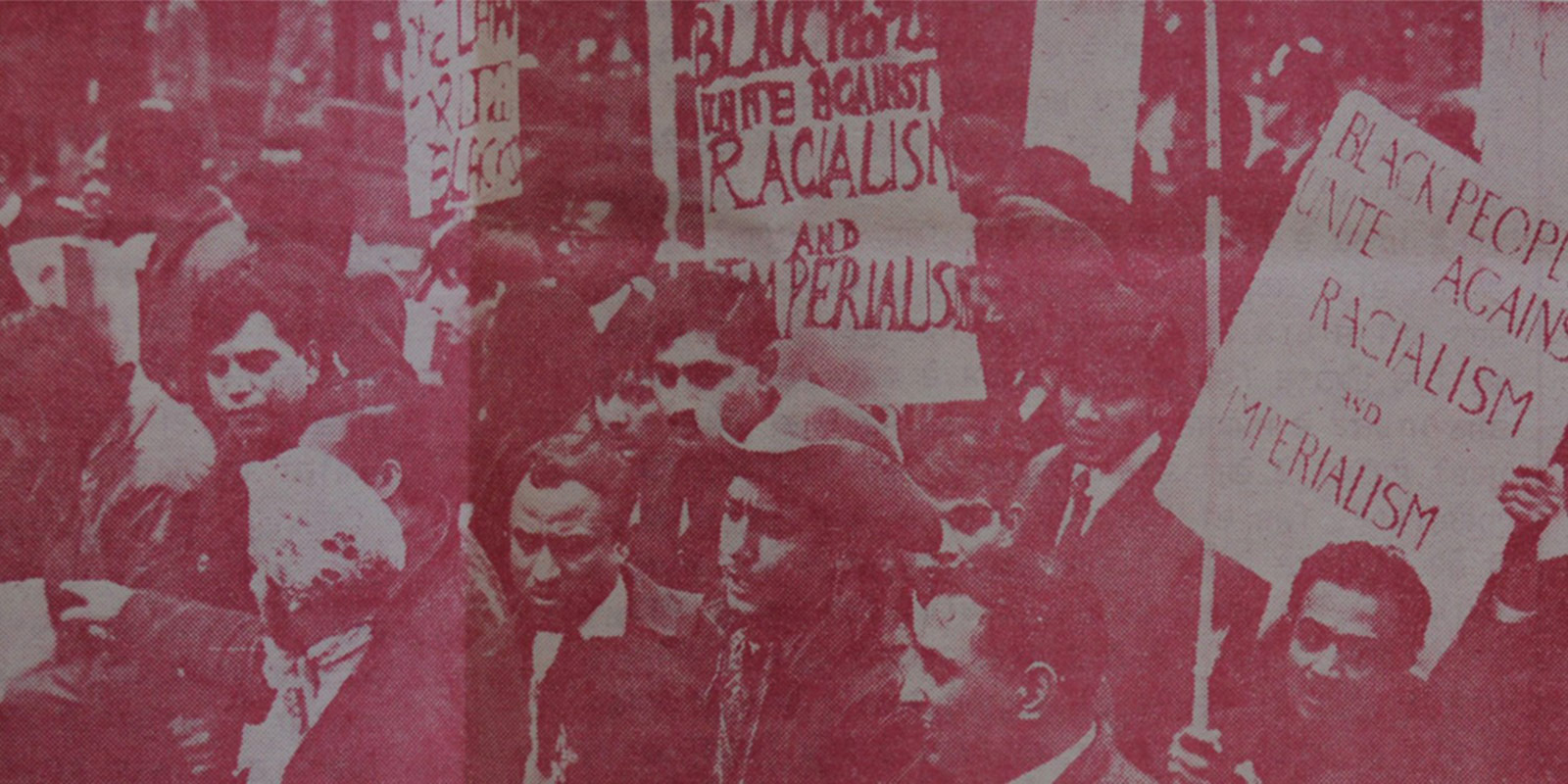 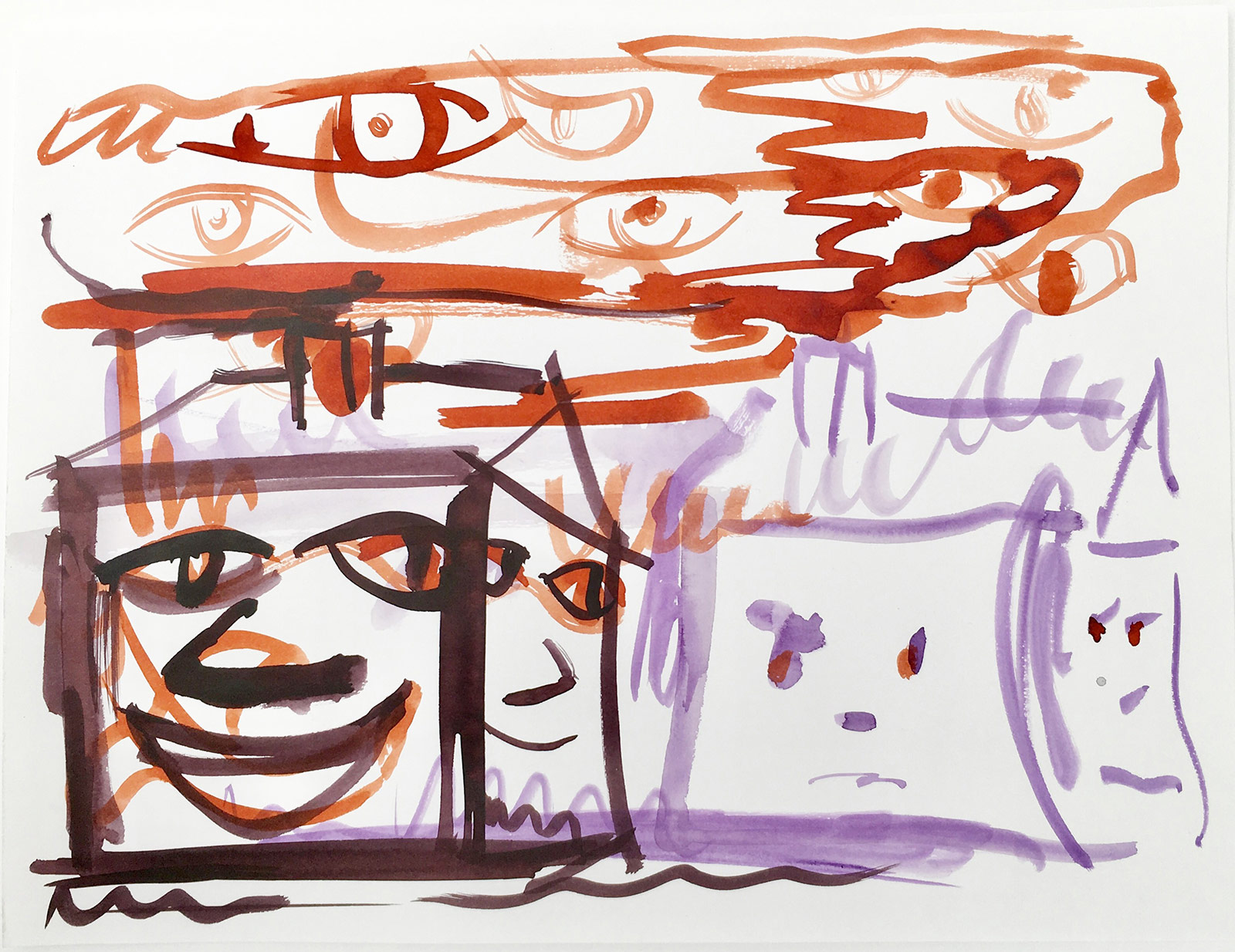 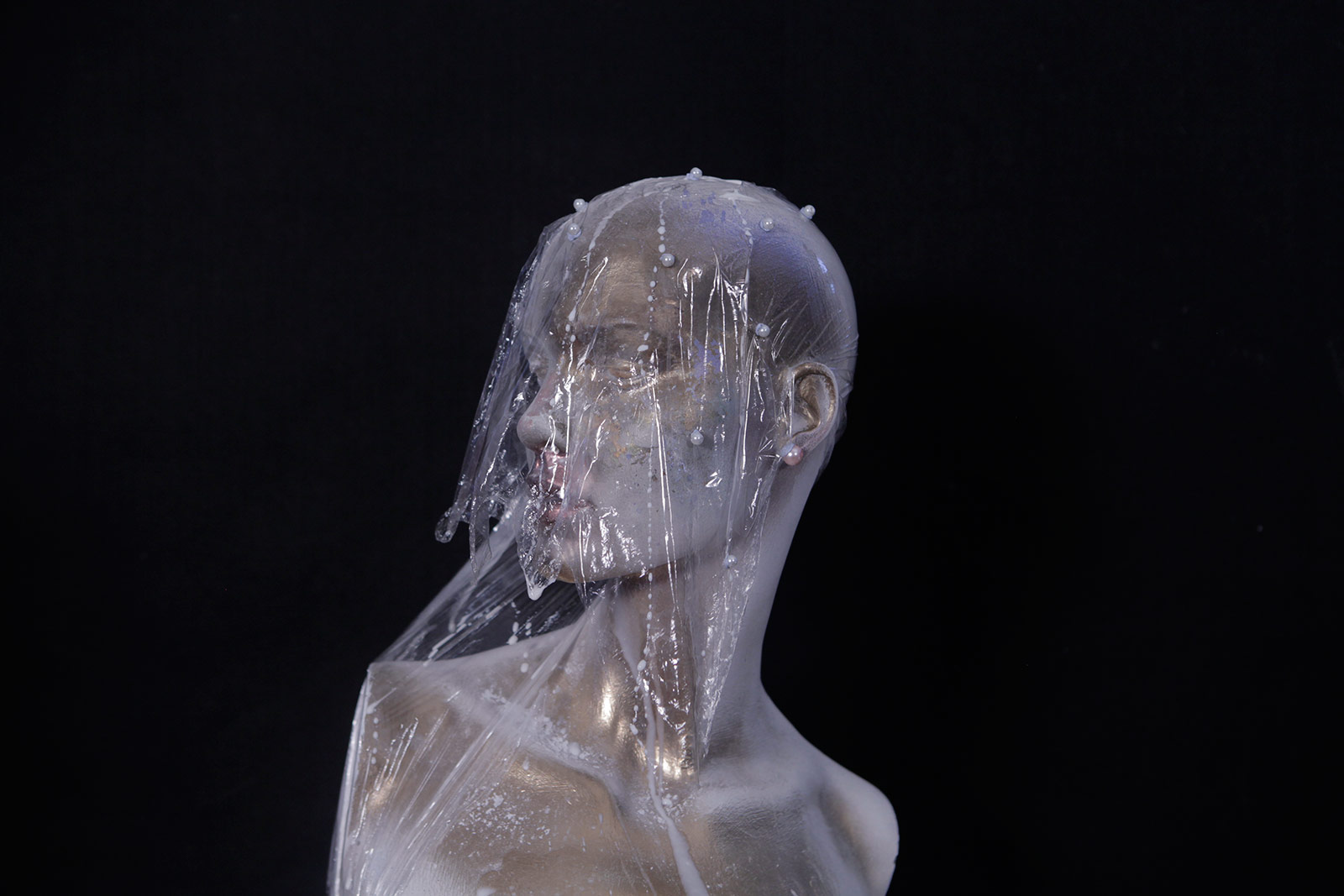 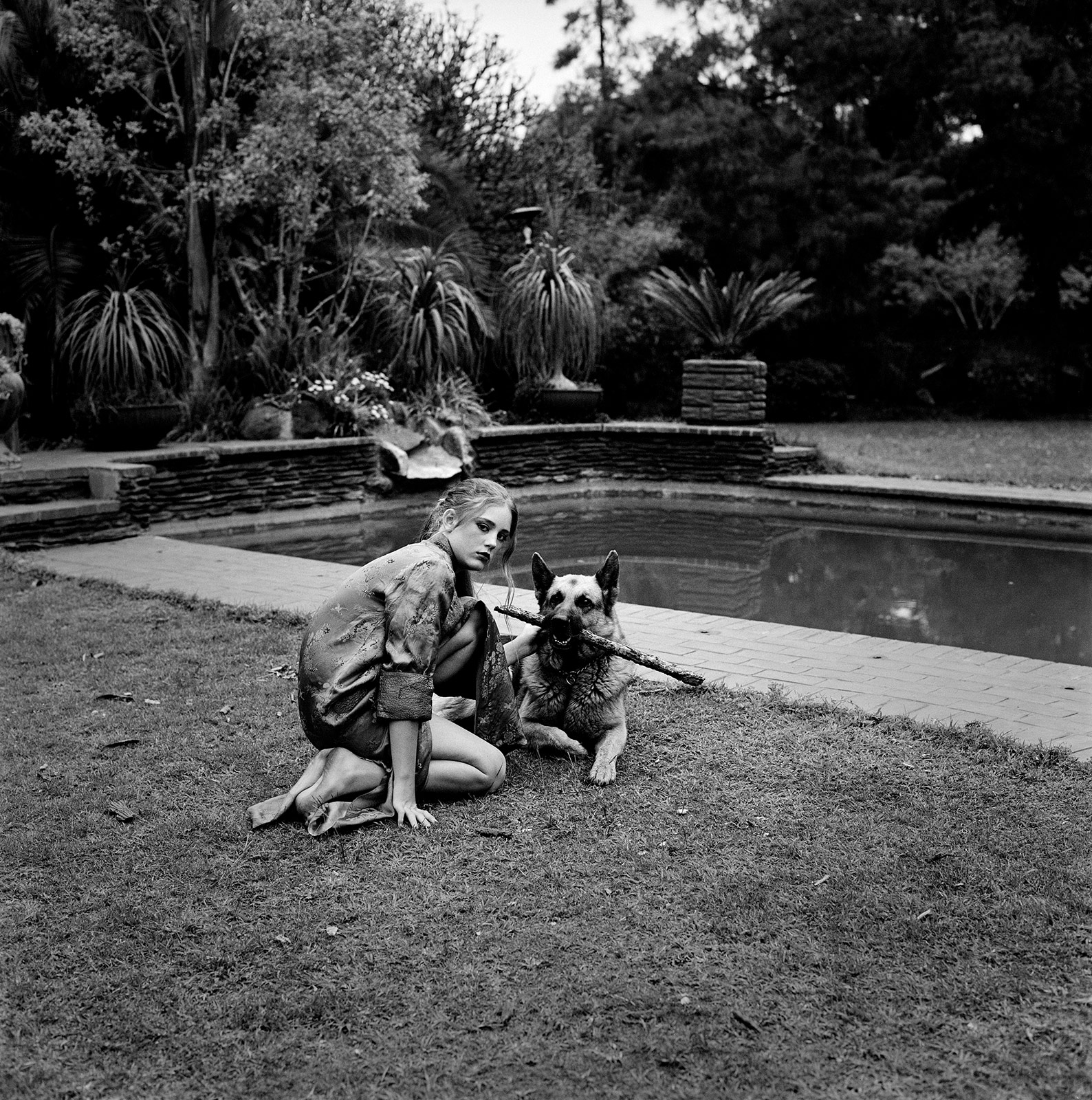 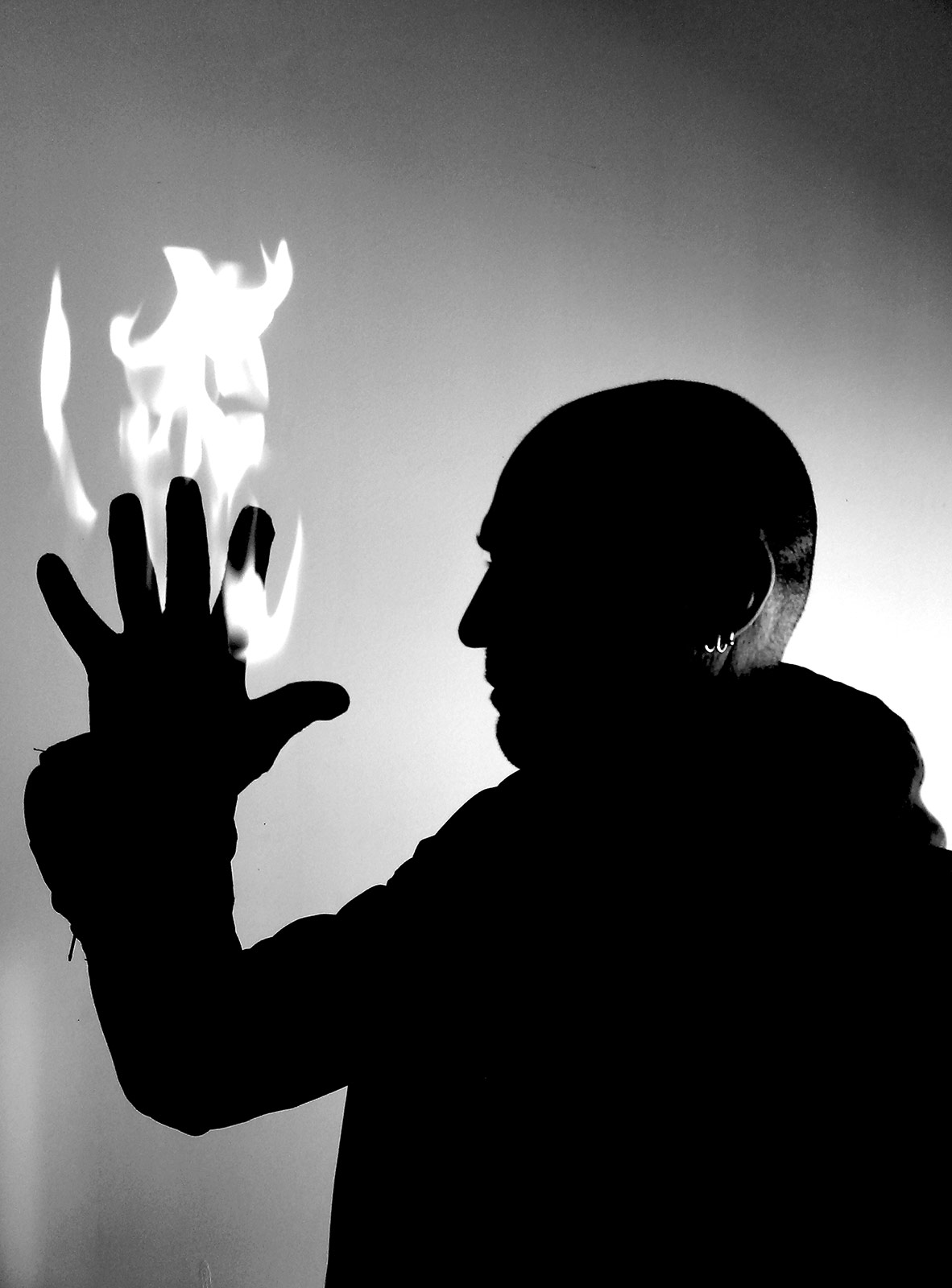