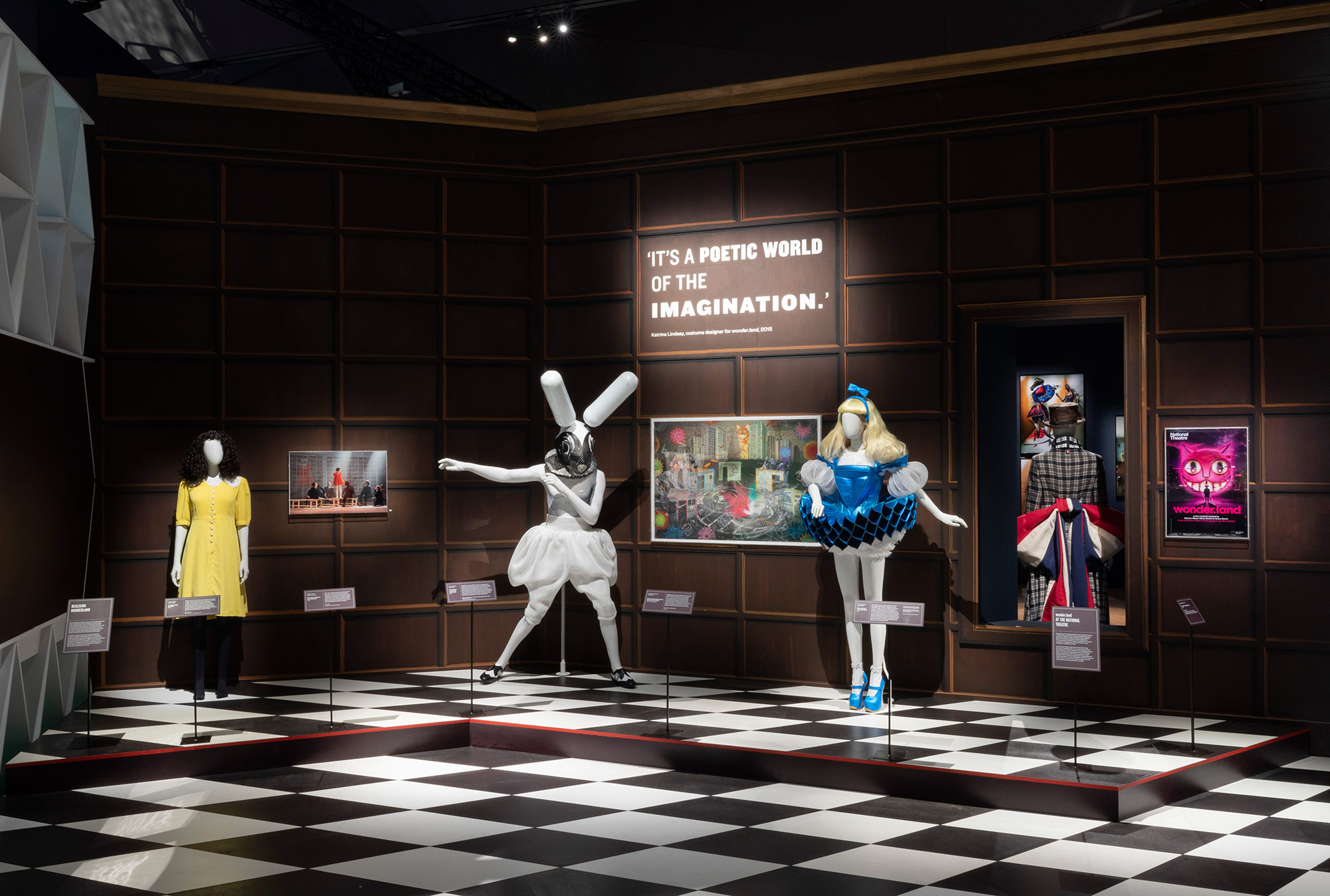 London’s V&A museum reopens its doors with the easing of restrictions in the UK May 22 until December 31 to invite us down the rabbit hole for Alice Curiouser and Curiouser. Curated by Kate Bailey and with immersive set design by Tom Piper the exhibition showcases the best of cultural artefacts touched by the story of ‘Alice in Wonderland’ from art and film to fashion. The imaginations of Viktor & Rolf, Vivienne Westwood, Iris Van Herpen, Salvador Dali and Disney are showcased to name a few.
Curator of the exhibition, Kate Bailey, in the press conference, discussed the significance of human natural curiosity prevailing throughout this turbulent year, reconnection with nature, the joy of the ‘unmapped’ Wonderland and the curiosity of “seeing real things” that the exhibition centers on.

When asked by METAL: Kate Bailey describes Wonderland as "unmapped" to explain the multiple cultural readings and re-imaginings of Alice that transcends geographical boundaries. How does that also function with the very Britishness of Alice? Is Britishness and Alice necessarily hybrid? She responded that creating the exhibition was like imaging the map, since there is no map of Wonderland. Rule, power, eccentricity and Britishness are very much imbedded in the text, and the universal themes of Alice are what have engaged it with so many different cultures.

Beginning with a literary departure, the exhibition opens with the original hand written and hand illustrated text by Lewis Carroll, gifted to the ‘real’ Alice, who inspired the character, as ‘Alice’s Adventures Under Ground’ in the late 1800s. We can also see a poster from two years later of the first theatre performance that brought the story's costumes to life with paper maché. However the iconic ‘Alice look’ derives, as we are told, from illustrations in the novel’s sequel, ‘Alice Through the Looking Glass’ wearing the fashionable Alice band, short dress and striped socks – also on display.

Aesthetics of the outspoken, confident and curious young girl are shown in Little Simz’ music video, a sharp tailored blazer dress by Viktor & Rolf and the photography of Tim Walker. A full wall is dedicated to Tim Walker’s celebrated 2018 Pirelli Calendar recreating Wonderland with an all-black cast including RuPaul, Naomi Campbell, P Diddy and Adwoa Aboah, styled by Edward Enninful. For the surrealist Eileen Agar, also in the exhibit, Alice is “untouchable and eternal”, and we agree that Alice’s rebellions spirit will never go out of style, particularly as Tom Piper put it when “talking truth to power” like in the Black Lives Matter protests. 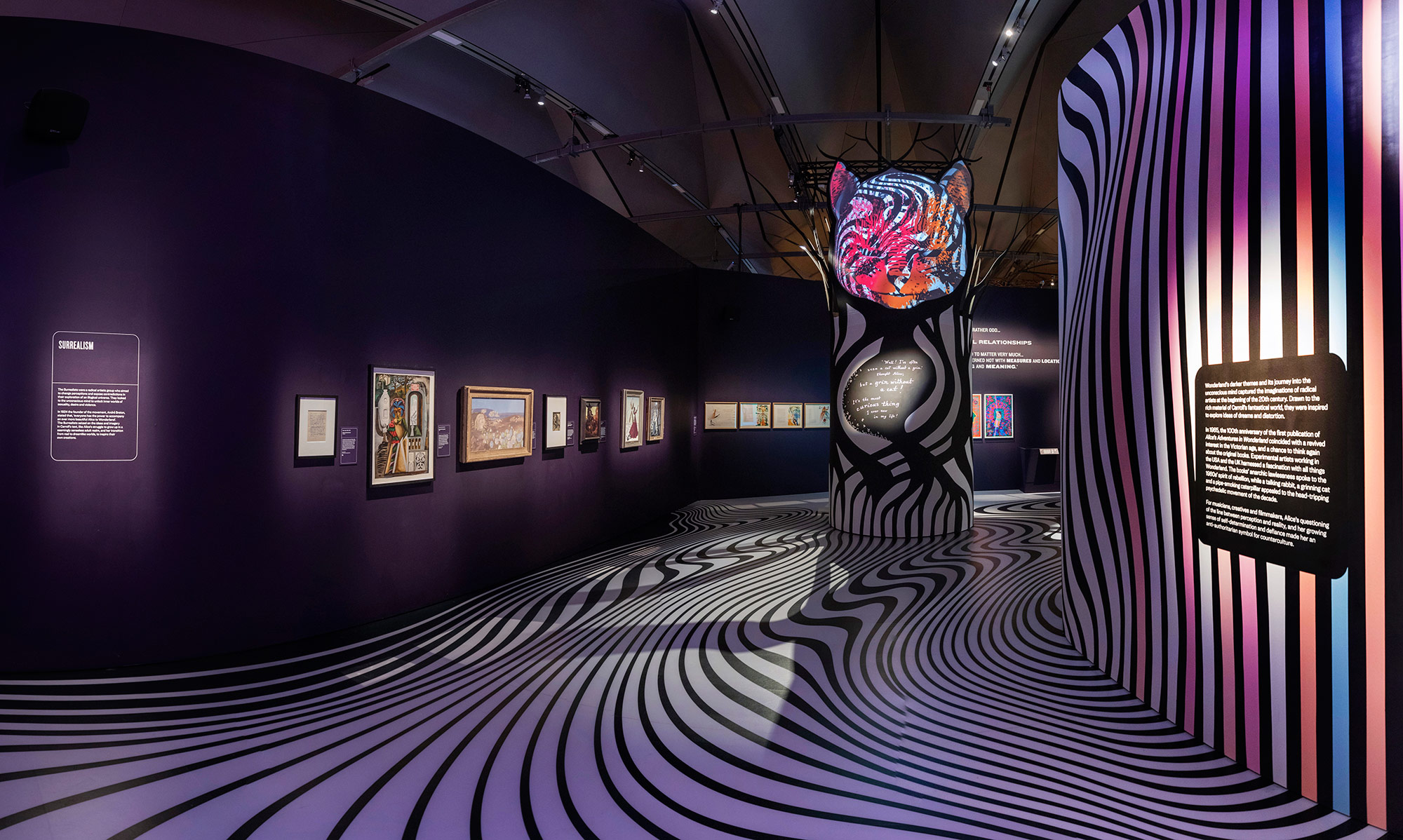 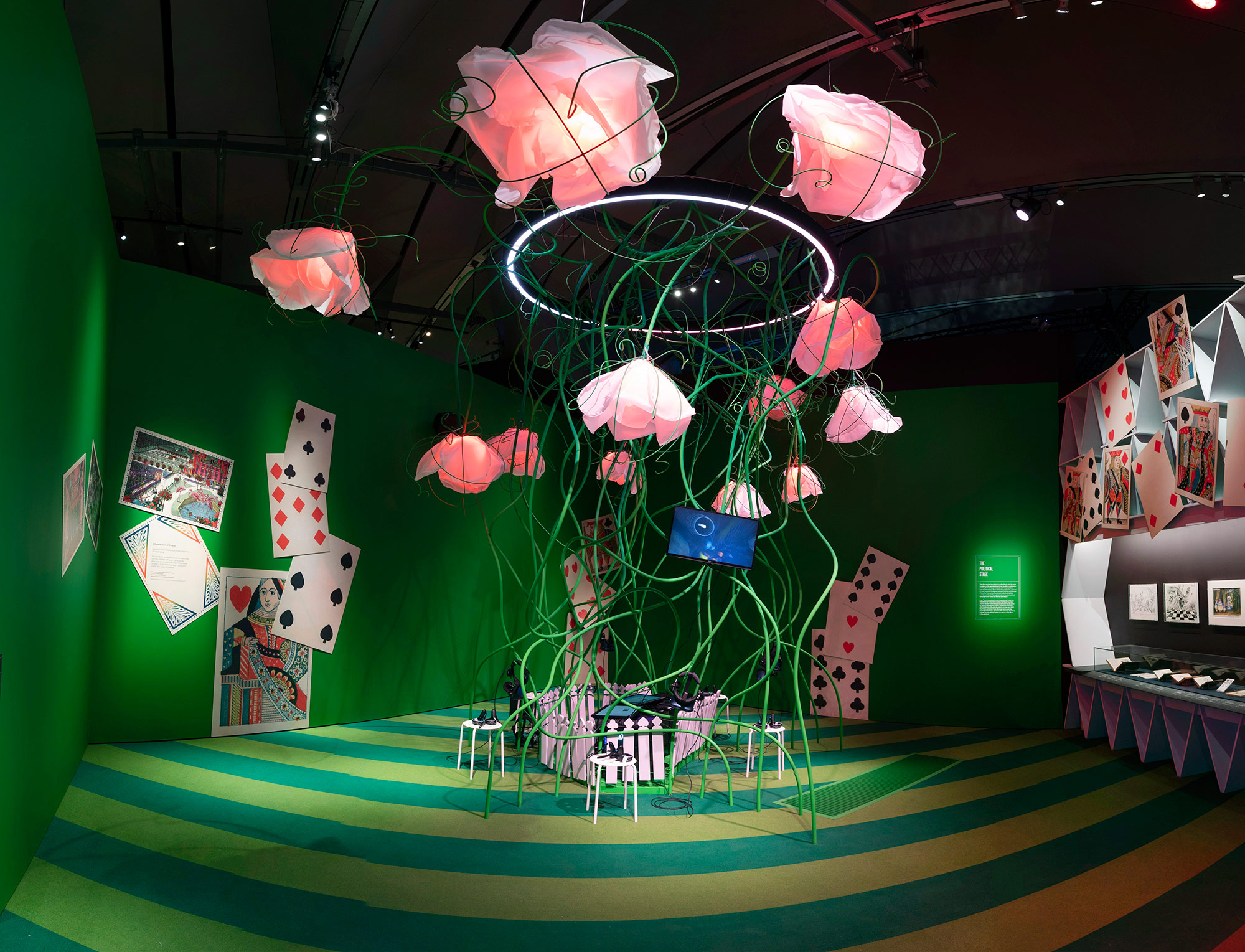 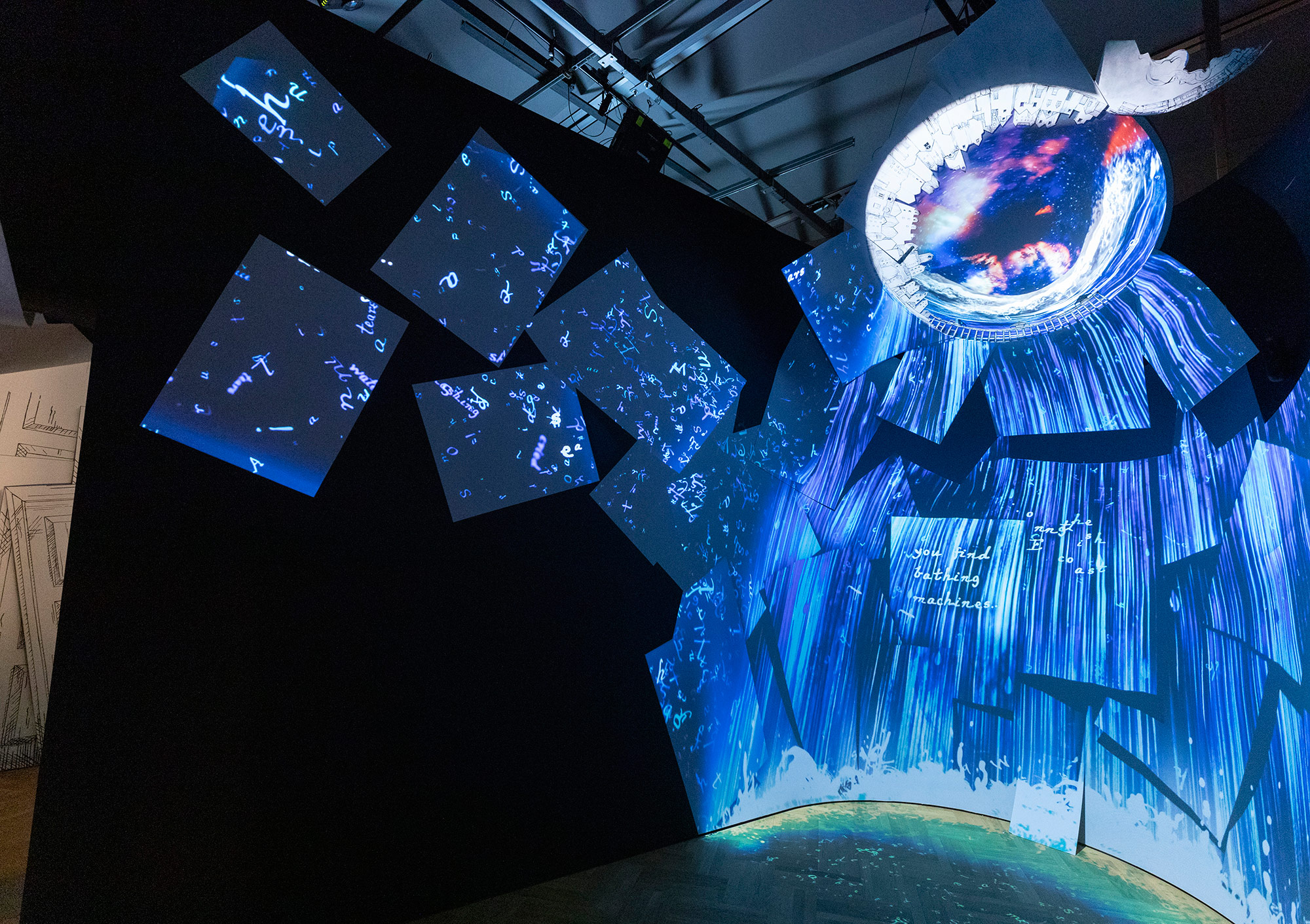 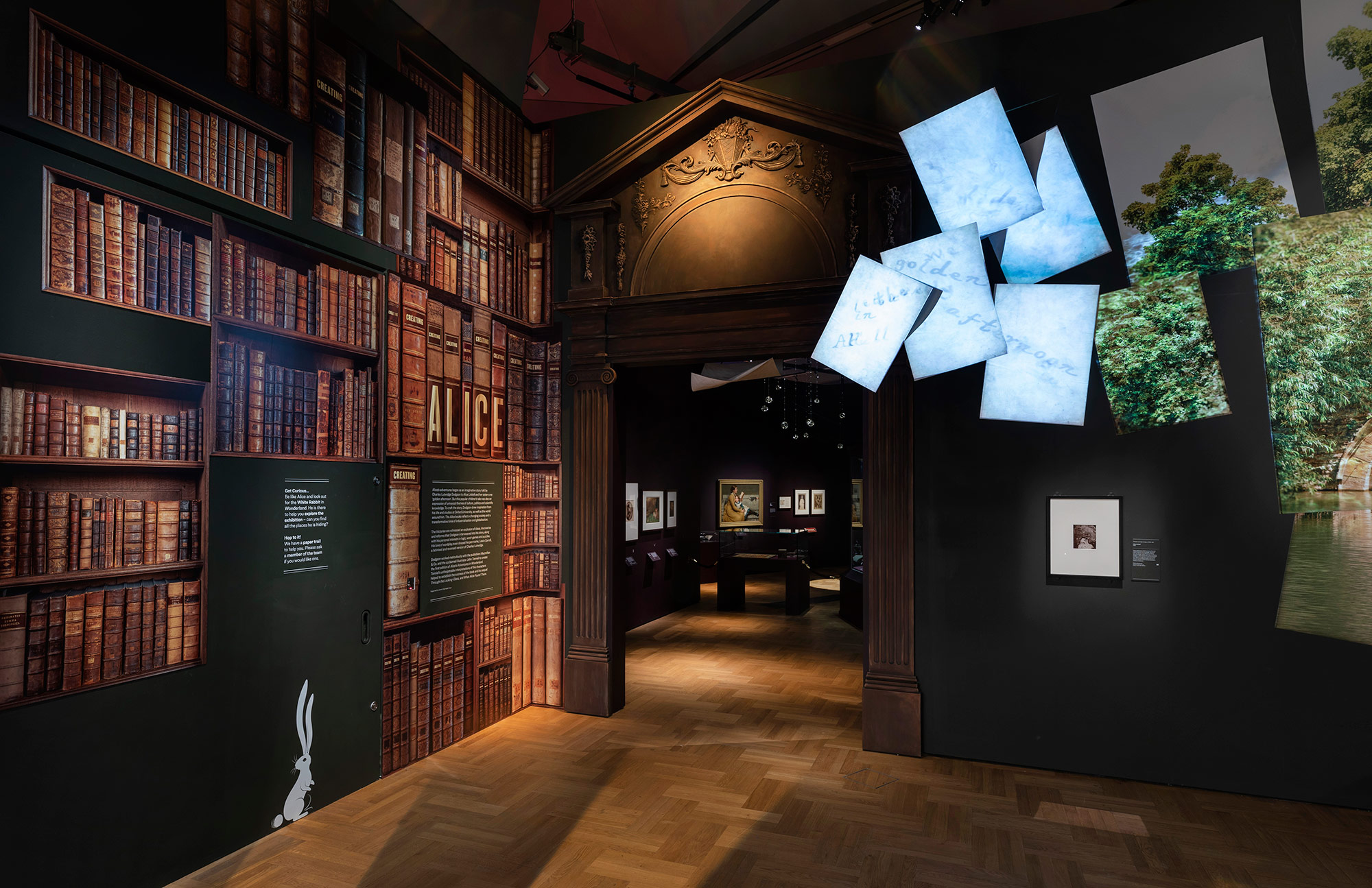 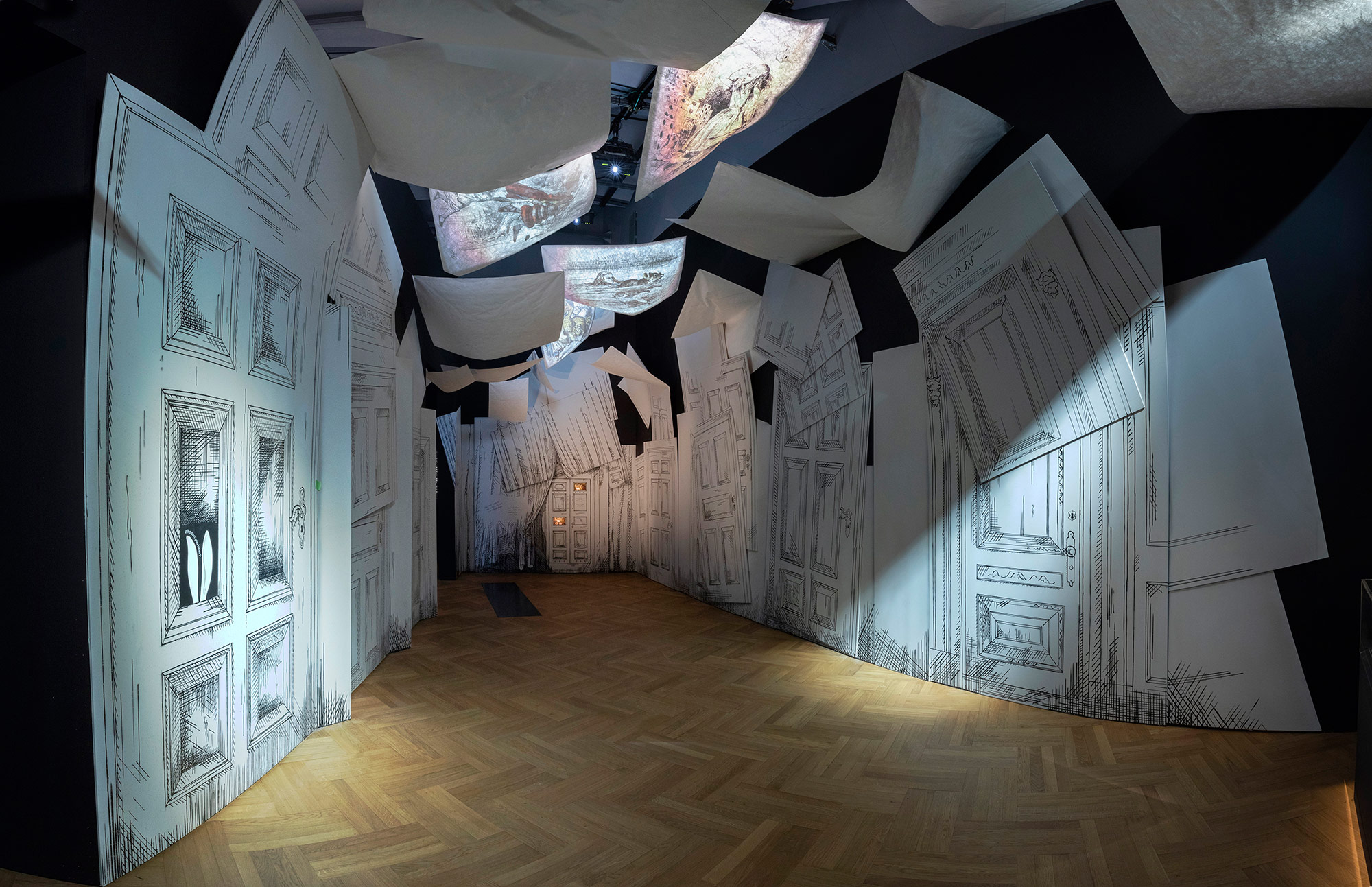 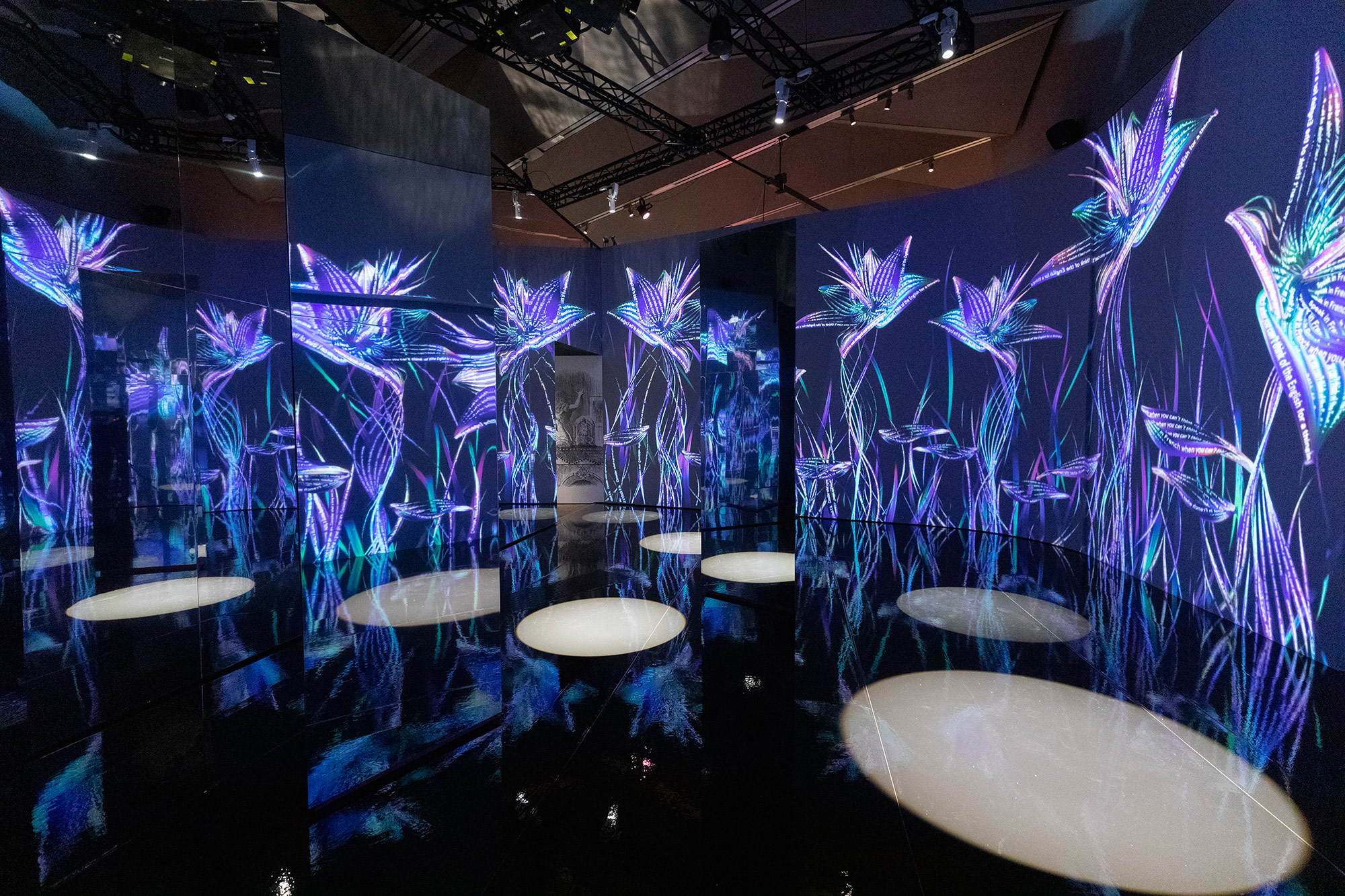 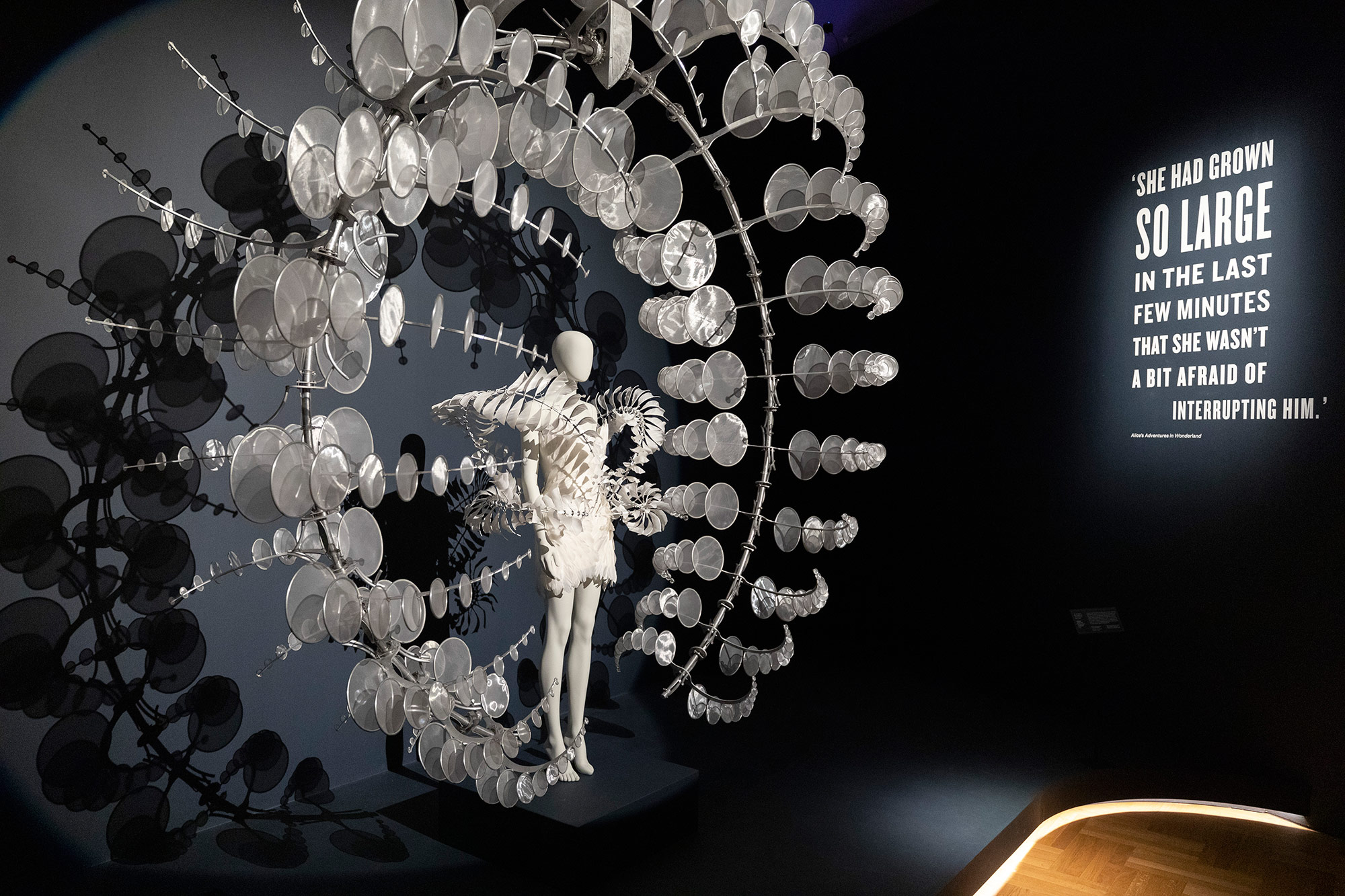 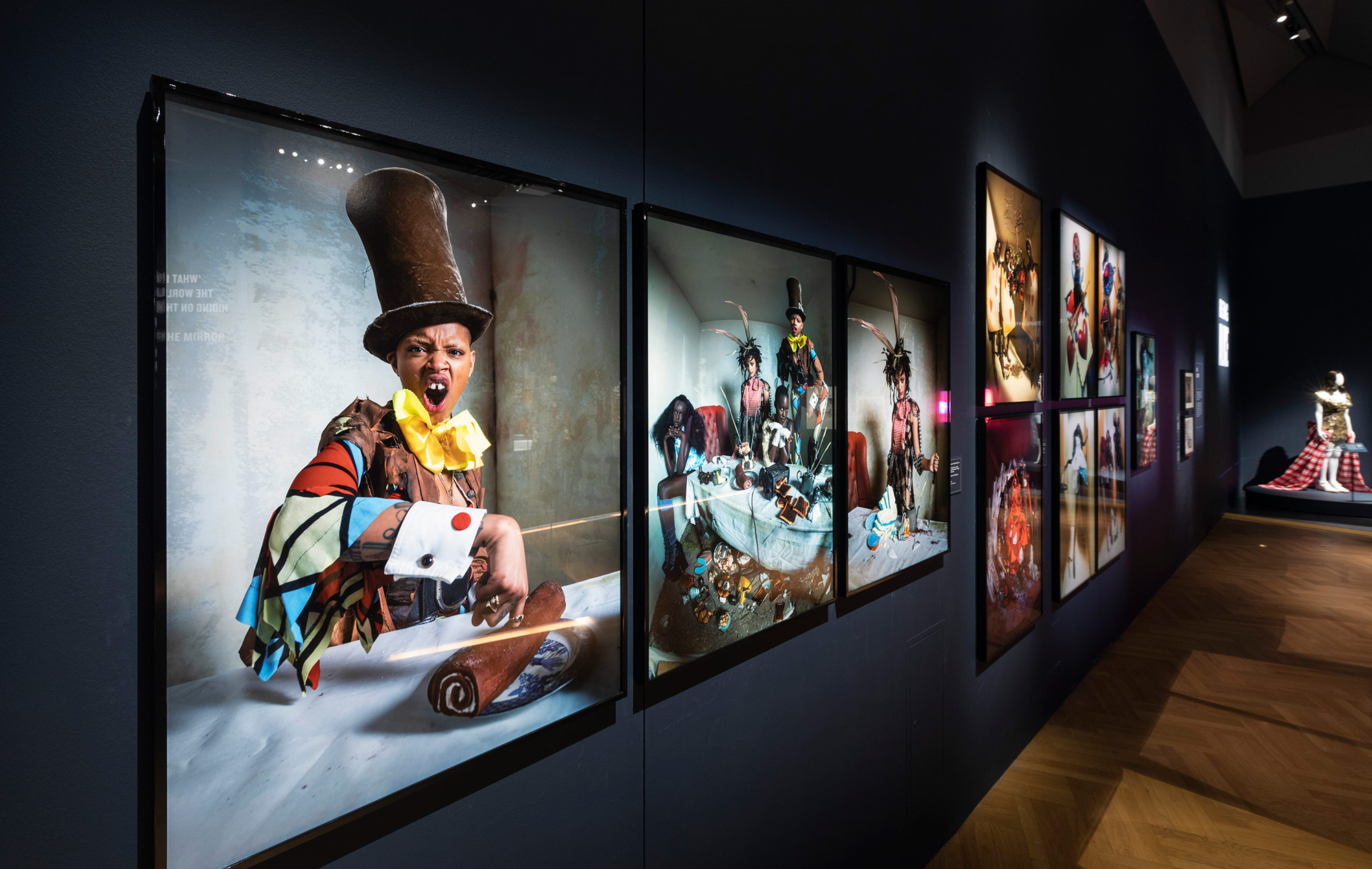 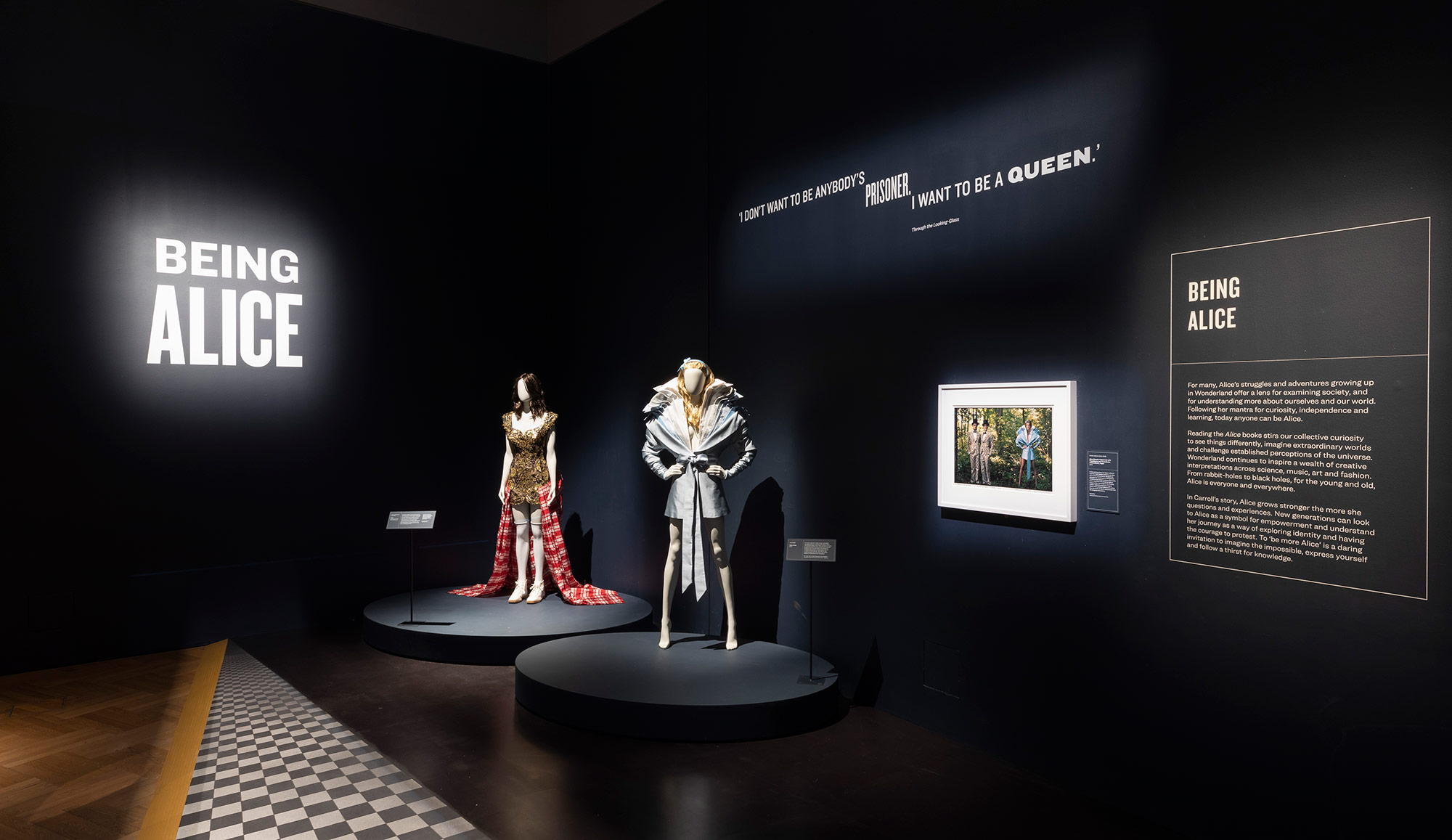 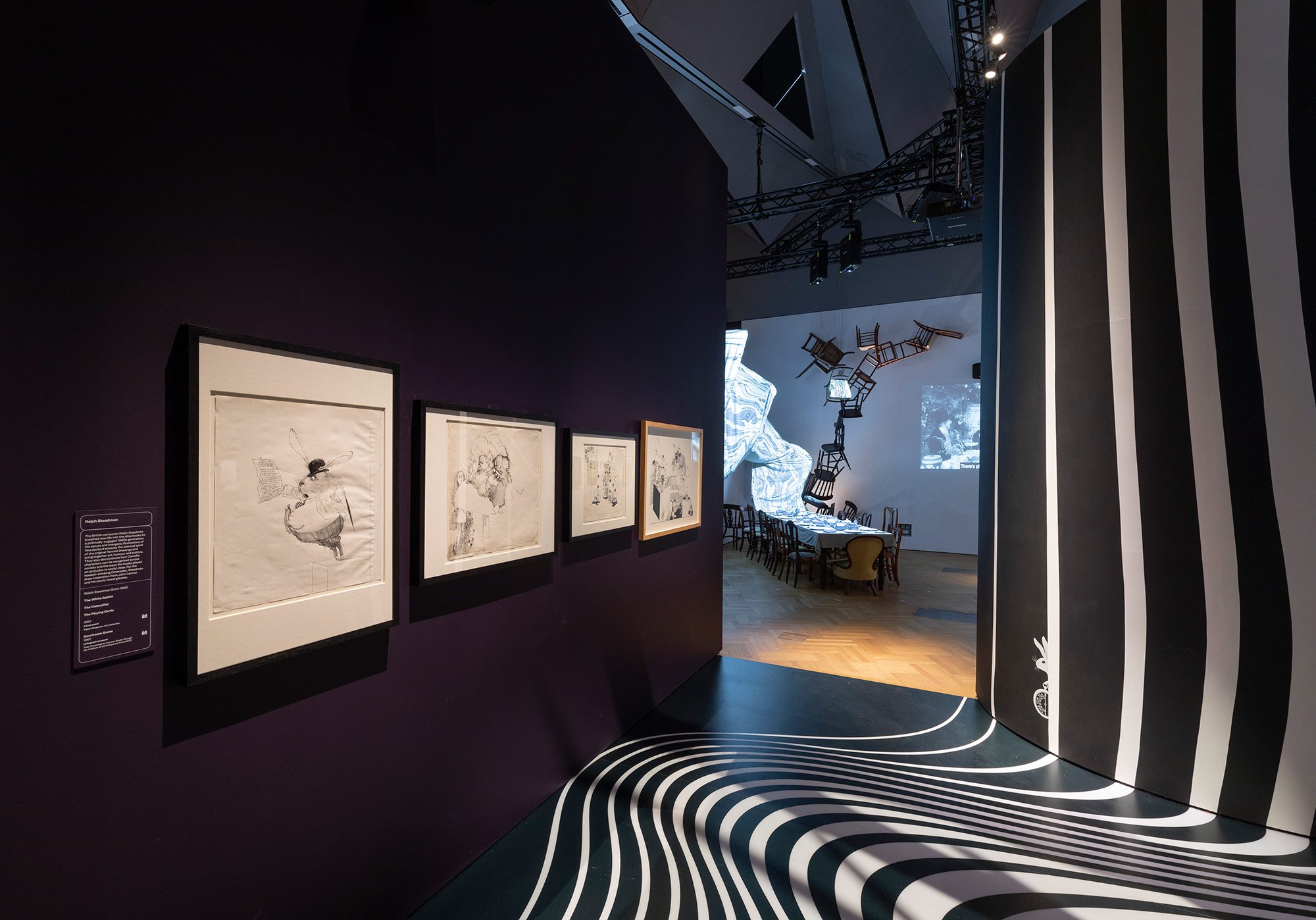 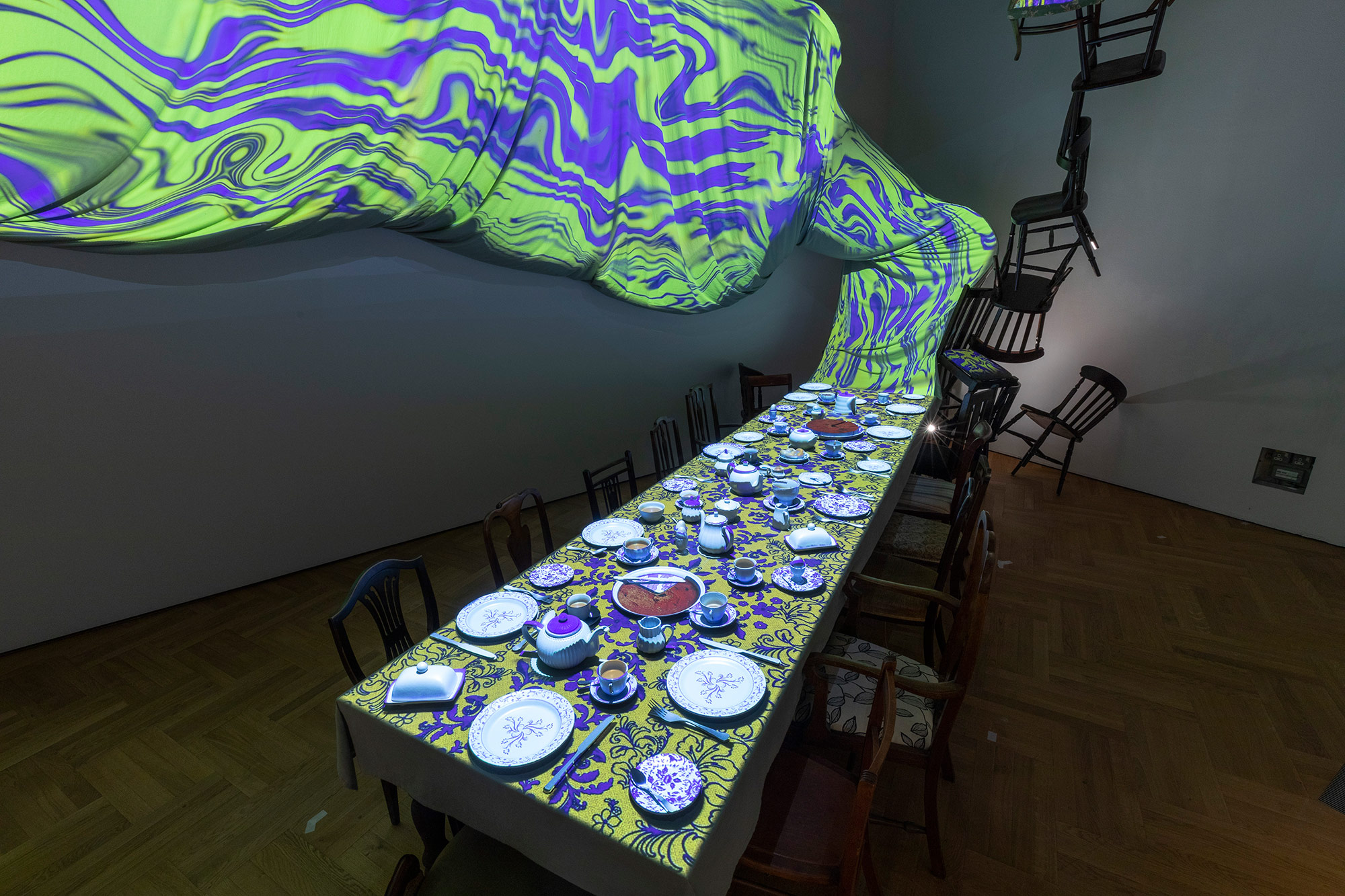 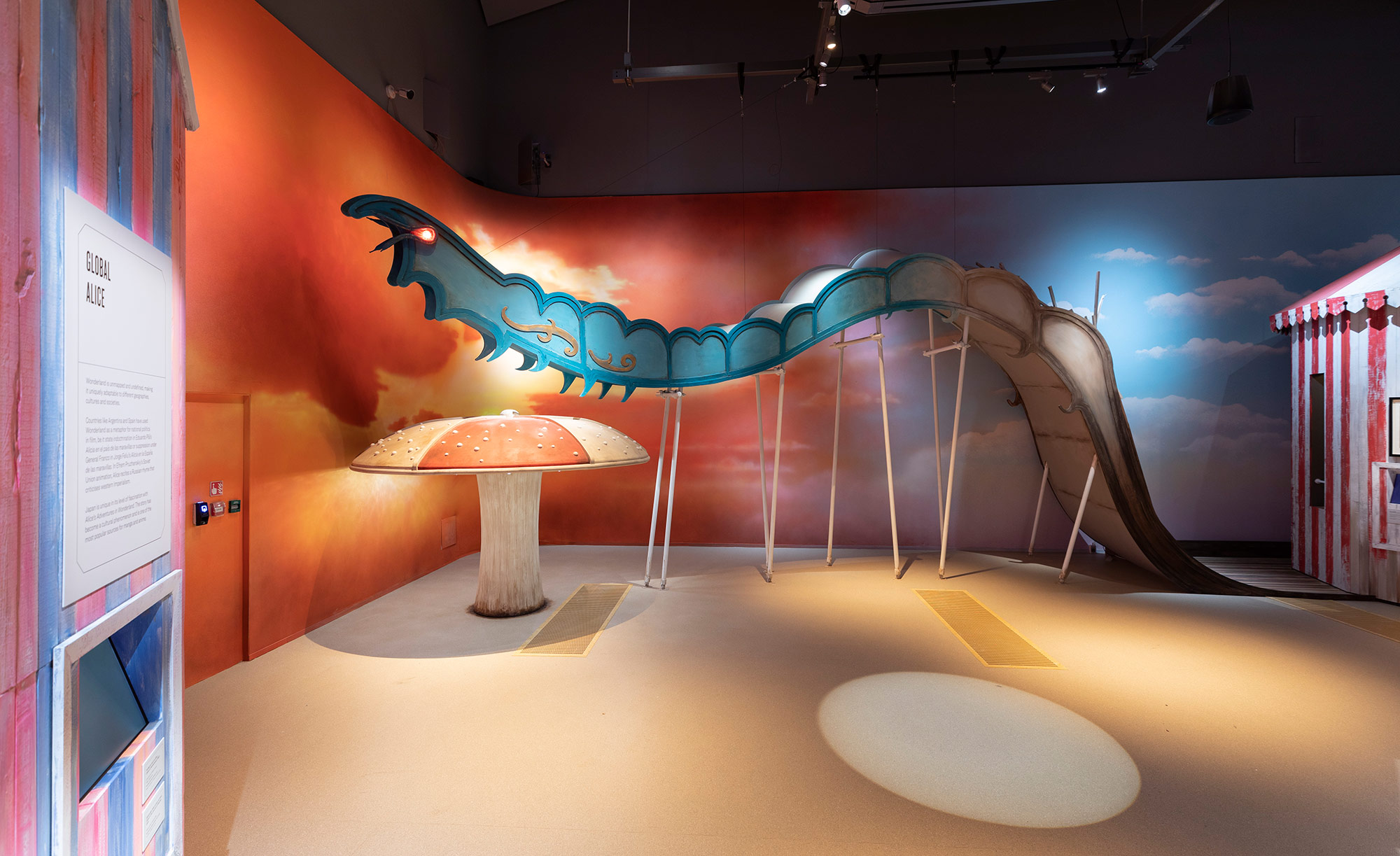 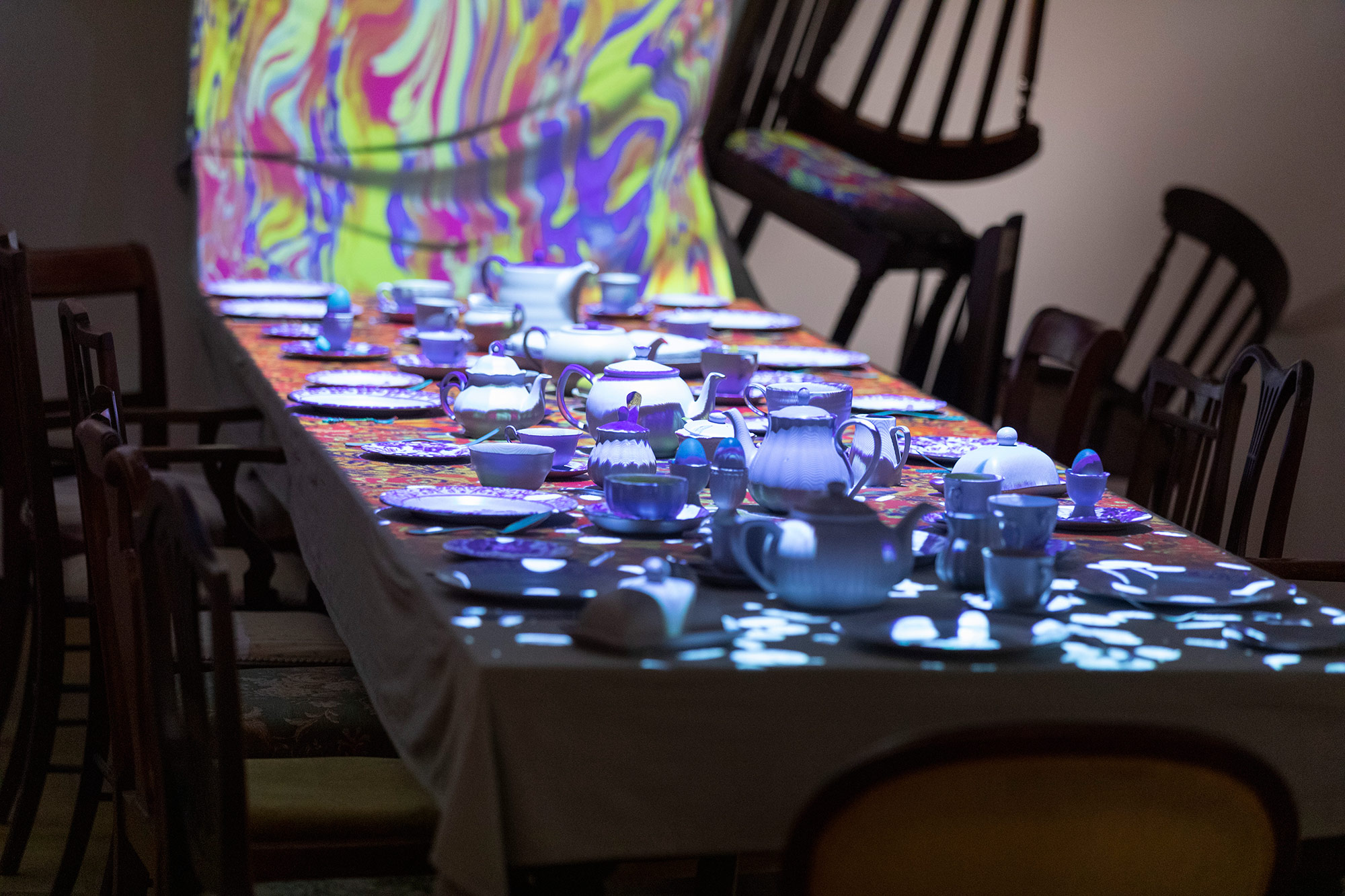 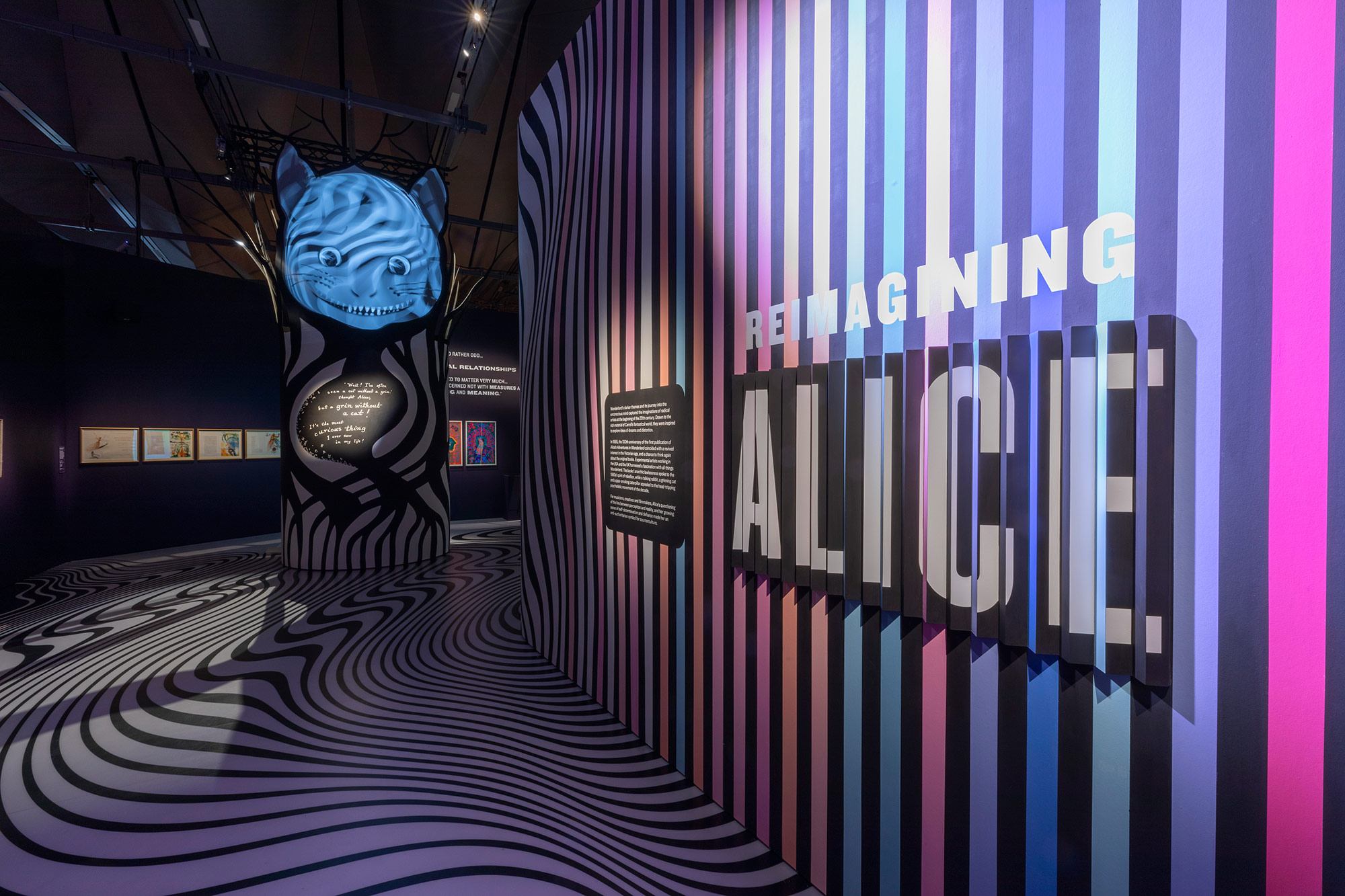