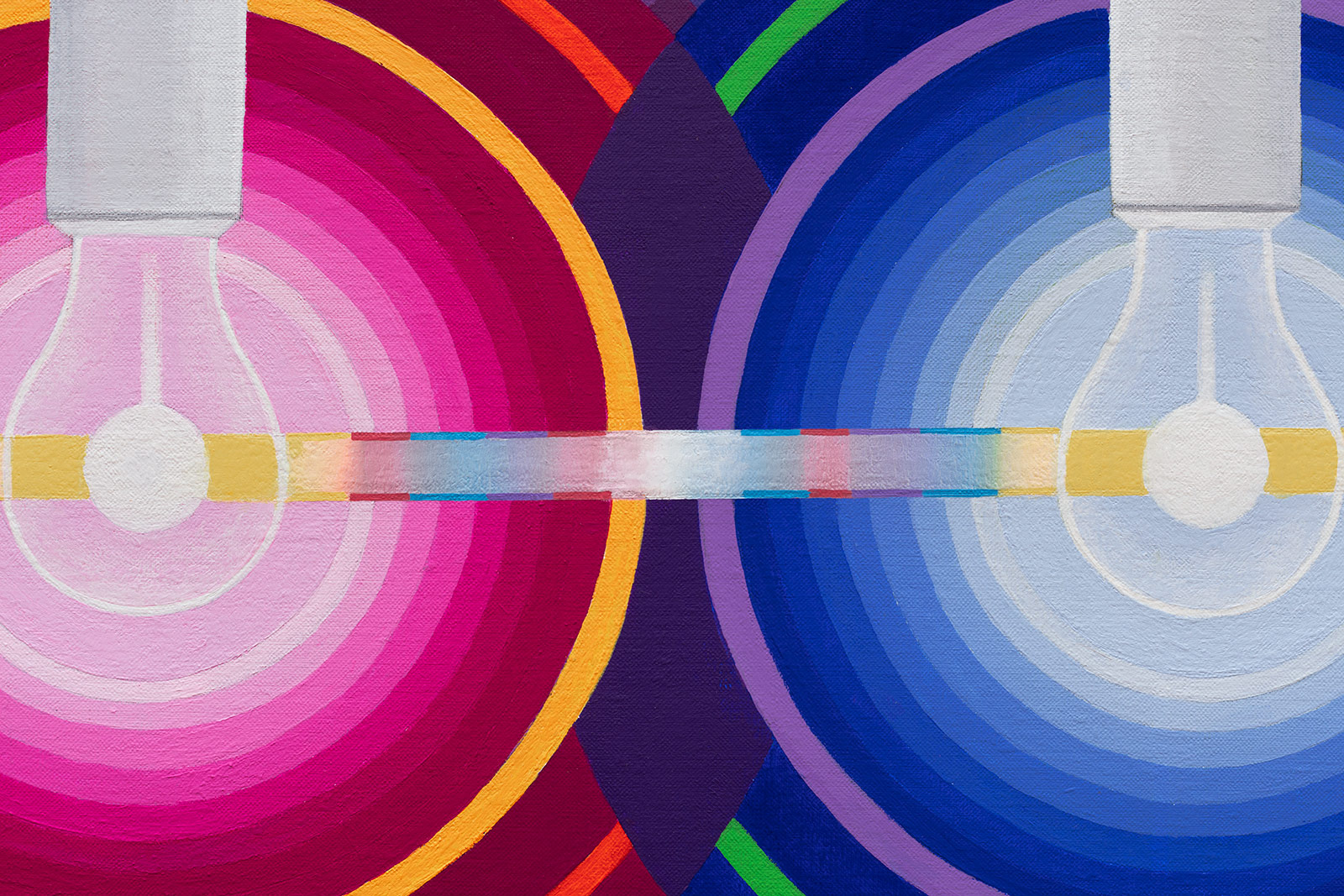 Inspired by cosmic and universal themes that address logic as a complex reality New York’s Candice Madey Gallery presents solo exhibition by Brooklyn based artist, Adam Henry. Titled God Speed Speed Demon the artist’s work combine an exploration of the optical experience with the subjectivity of perception. Henry creates visual forms, aiming to capture the omnipresent truths around him, in celestial-like abstractions. The exhibition showcases work that expands on his use of colour spectrums and exploring the visual language of abstraction, on view until April 10.
The title of the show, God Speed Speed Demon, gestures to cosmic elements, mythology and pop cultural references from Henry’s youth. The works featured in the exhibition indicate that the relationship between universal truth and contemporaneous life is undeniably intertwined. Utilising recurring shapes and forms, his works feature lightbulbs, flashlights and stars set within grids, gradients or monochromes.

From a dispersion of lucid colours to overt contrasts and precise linework, his works are simultaneously arbitrary and detailed. With his unique compositions, he merges colours, experimenting with streams of hues and intricate gateways, creating a limitless realm of space across the canvas. Manipulating the idea of clarity, through a vast dispersion of colour and light, Henry’s unique painterly technique captures the transformation of colours, rendering gradients and refracted spectrums of colour that reveal an alter universe.
God Speed Speed Demon is now on view until April 10 at the Candice Madey Gallery, 1 Rivington St 2nd Floor, New York. 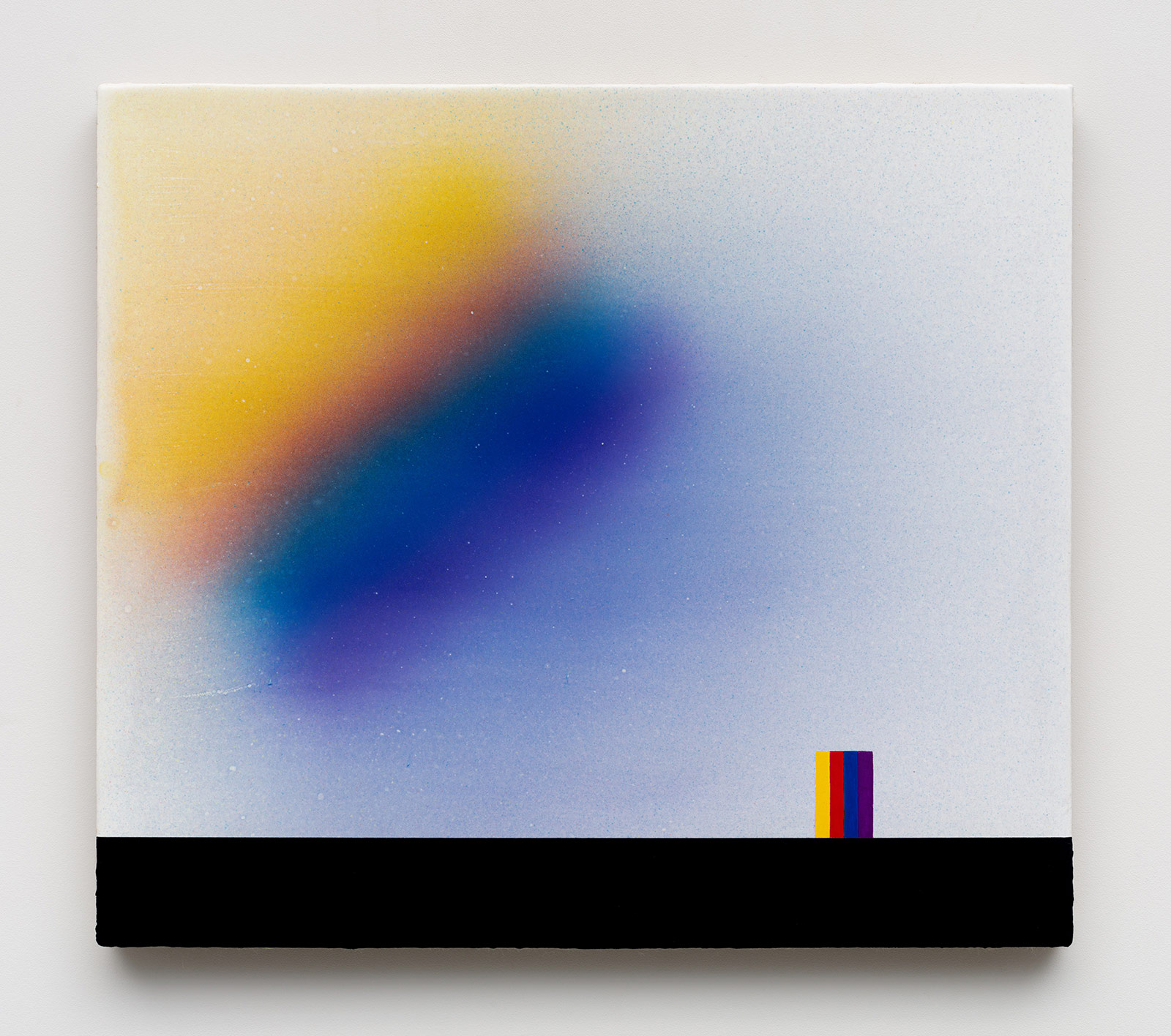 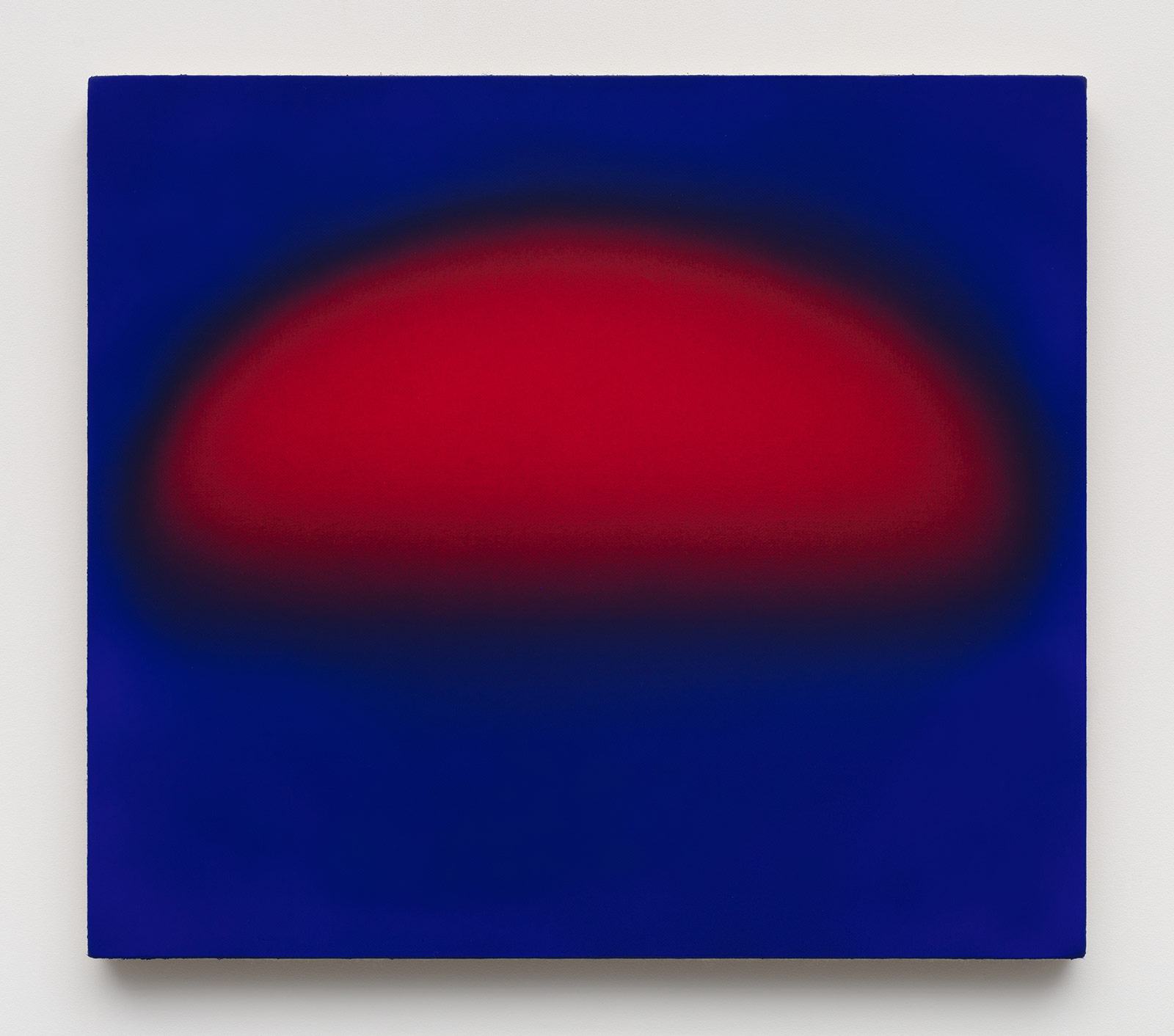 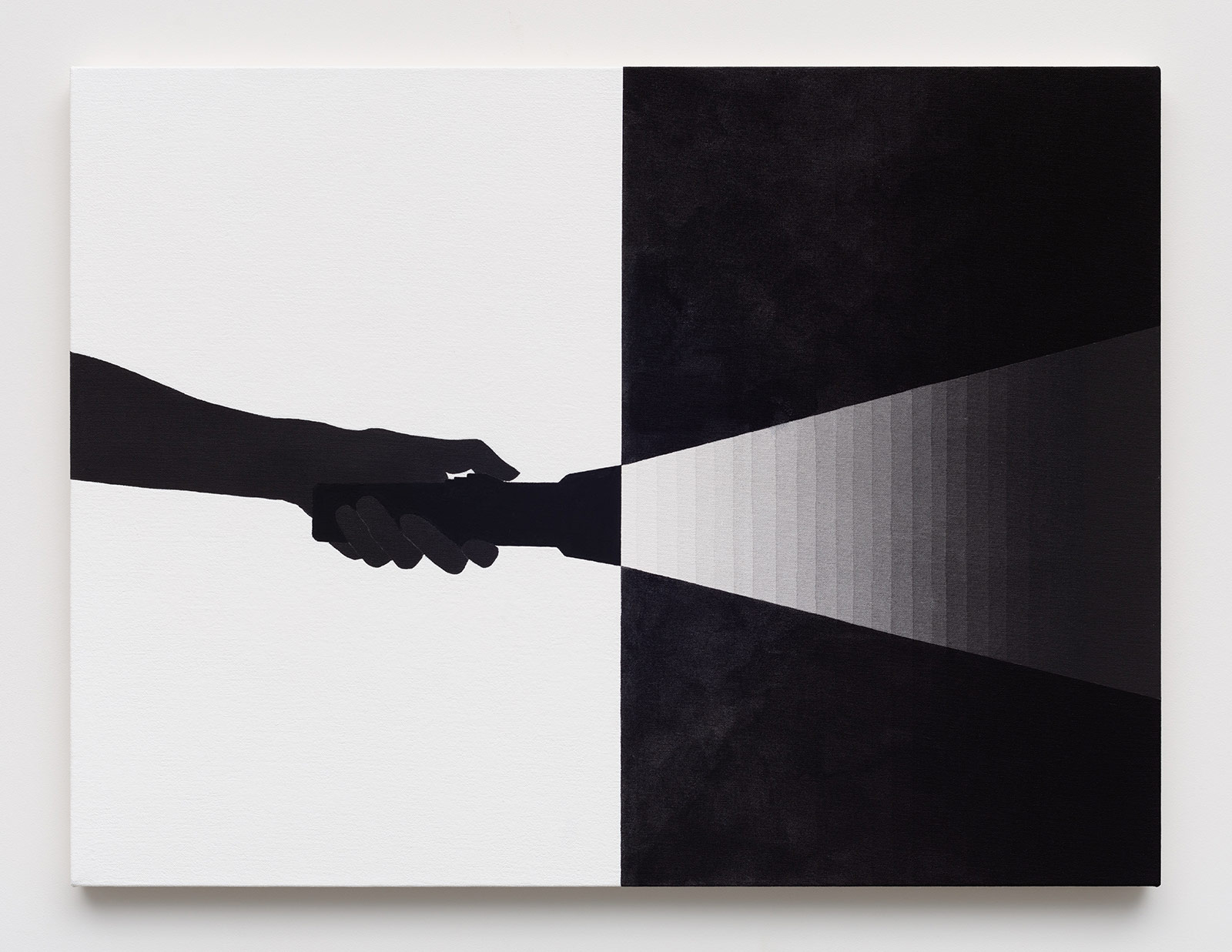 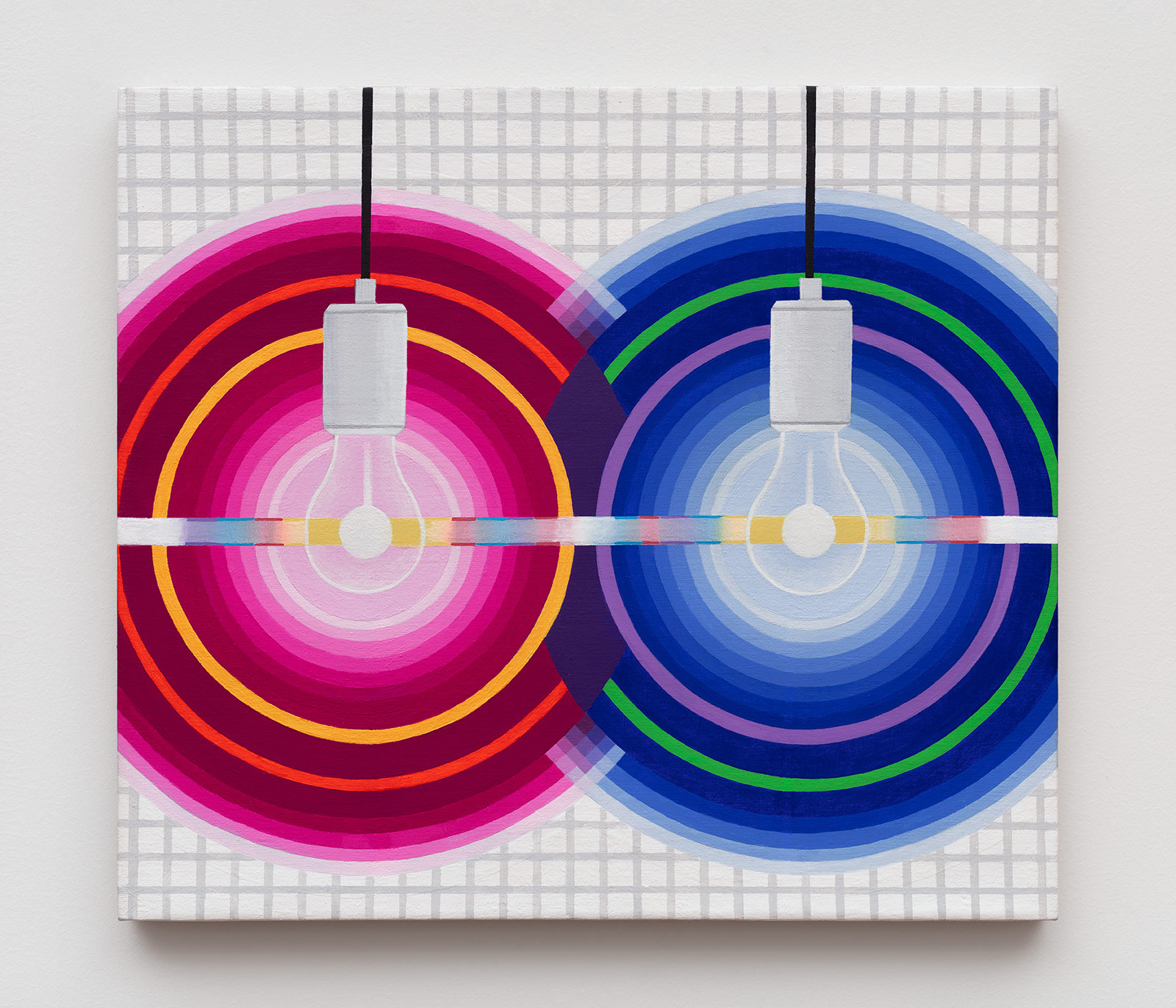 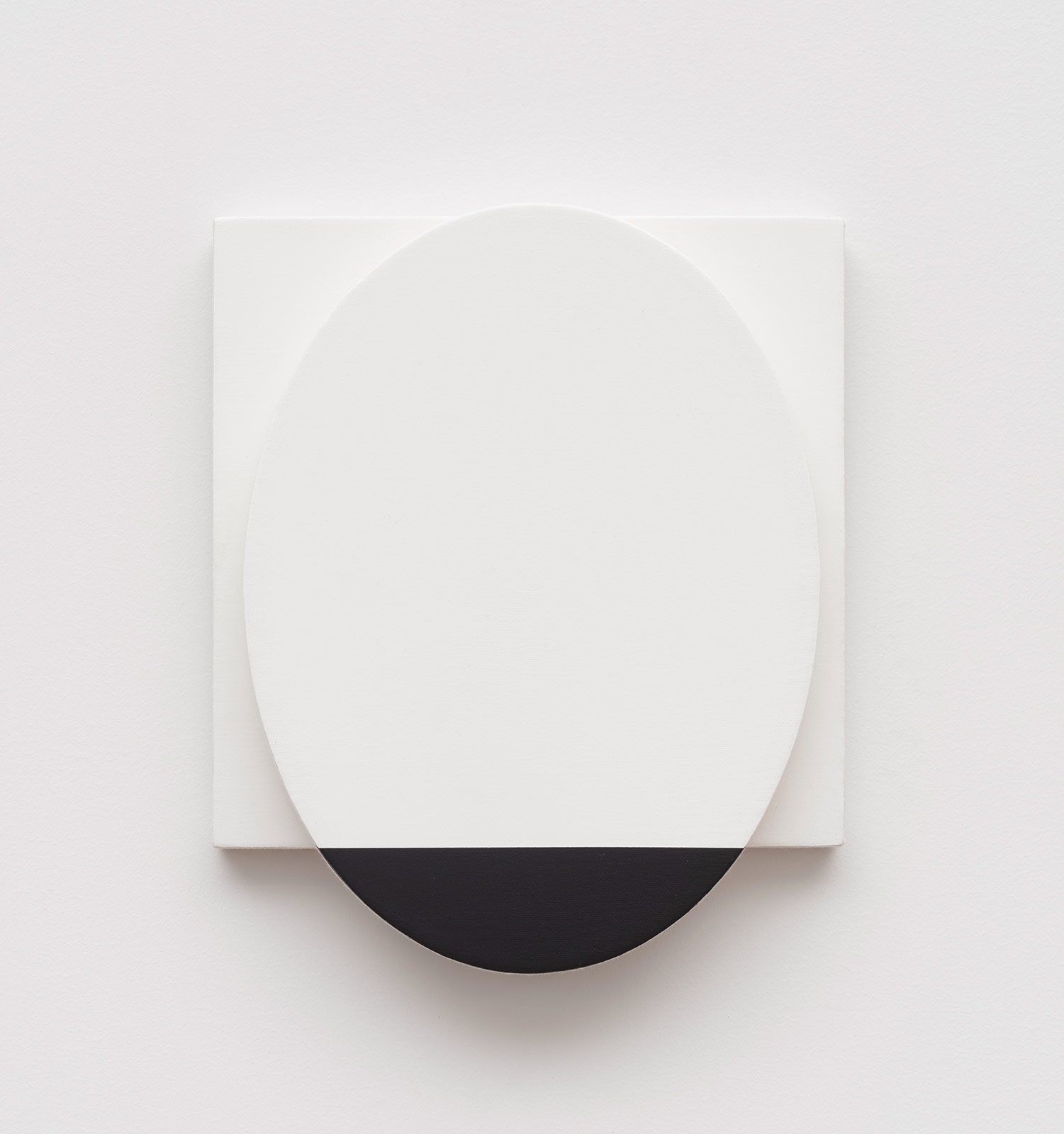 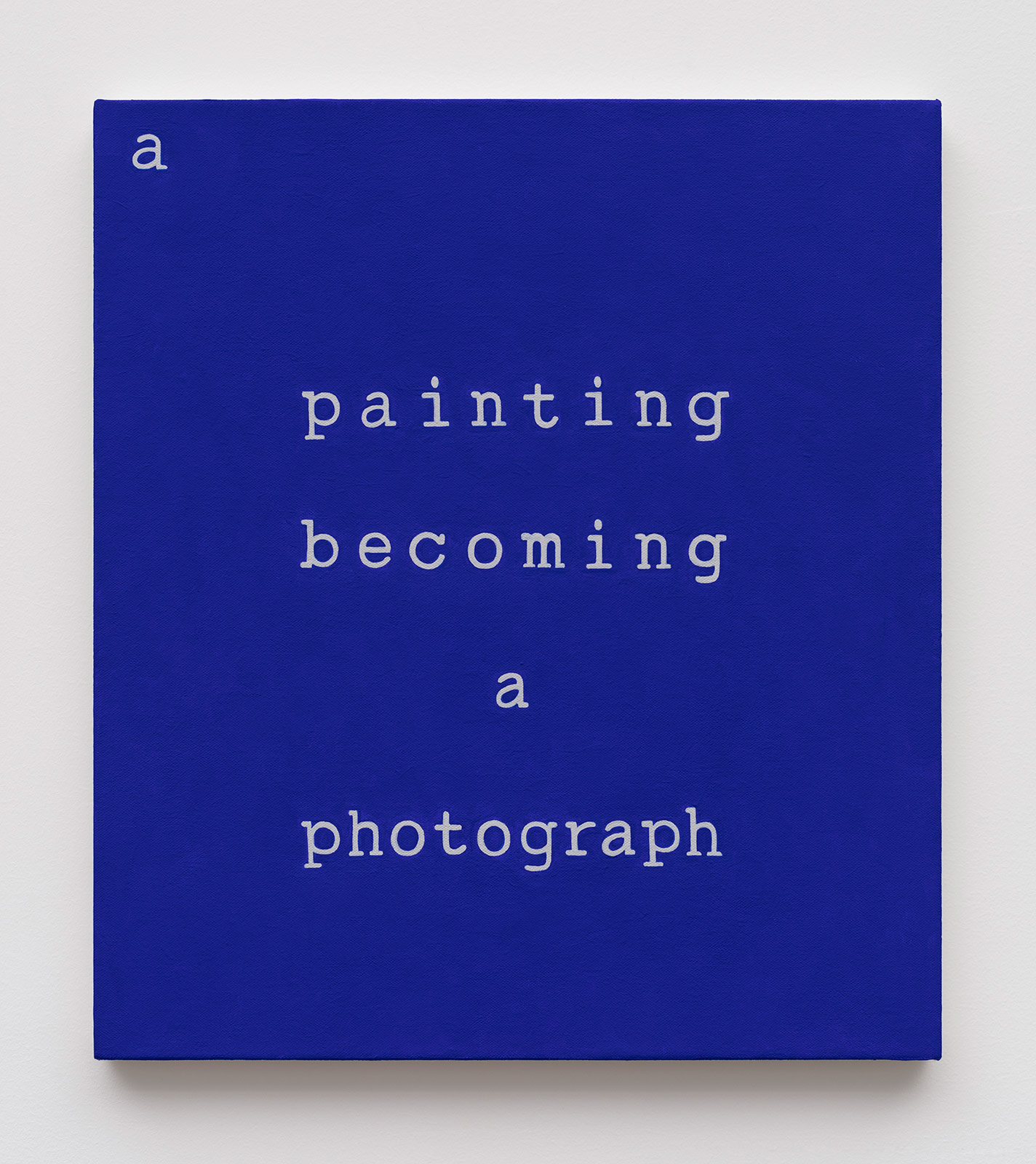