Billboards by For Freedoms 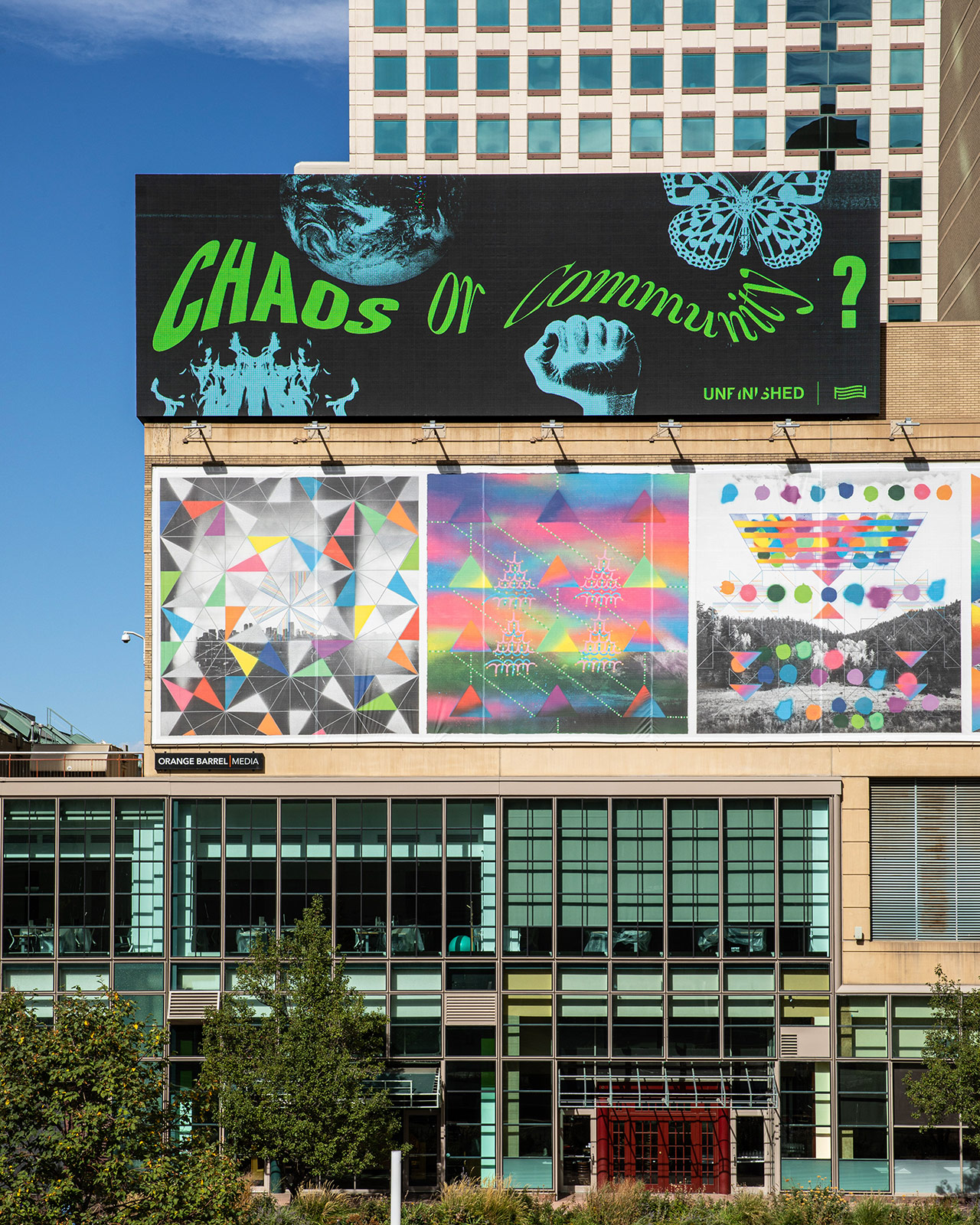 To all our American readers: if you didn’t vote early, please, head to the polls tomorrow! In one of the most crucial elections in contemporary history, US citizens will decide the future not only of their country but also of the rest of the world – will we head to the definite environmental collapse? Are the country’s inequalities going to keep growing? Will hate speech win again? To help fellow citizens decide, art collective For Freedoms has worked on the project 2020 Awakening these past weeks, plastering billboards across the country with artworks by Ai Weiwei, Kameelah Janan Rasheed, Donald Judd, Meena Harris, Maggie Rogers, Shepard Fairey, Gina Belafonte, and more.
Inspired by the 1860s Wide Awakes, described as “a band of abolitionist dreamers whose communal confrontation of partisan instability led to the election of Abraham Lincoln,” the For Freedoms project focuses on voter engagement and works with various artists and organizations to reshape conversations about politics through artistic and public discourse. After the 2018 50 State Initiative, which reinterpreted Rockwell’s famous painting Four Freedoms, the organization is back at it again with an even more politically charged project, which will be on view until November 7 in various roads and highways across the more than fifty states of the US. And remember: vote, vote, vote! 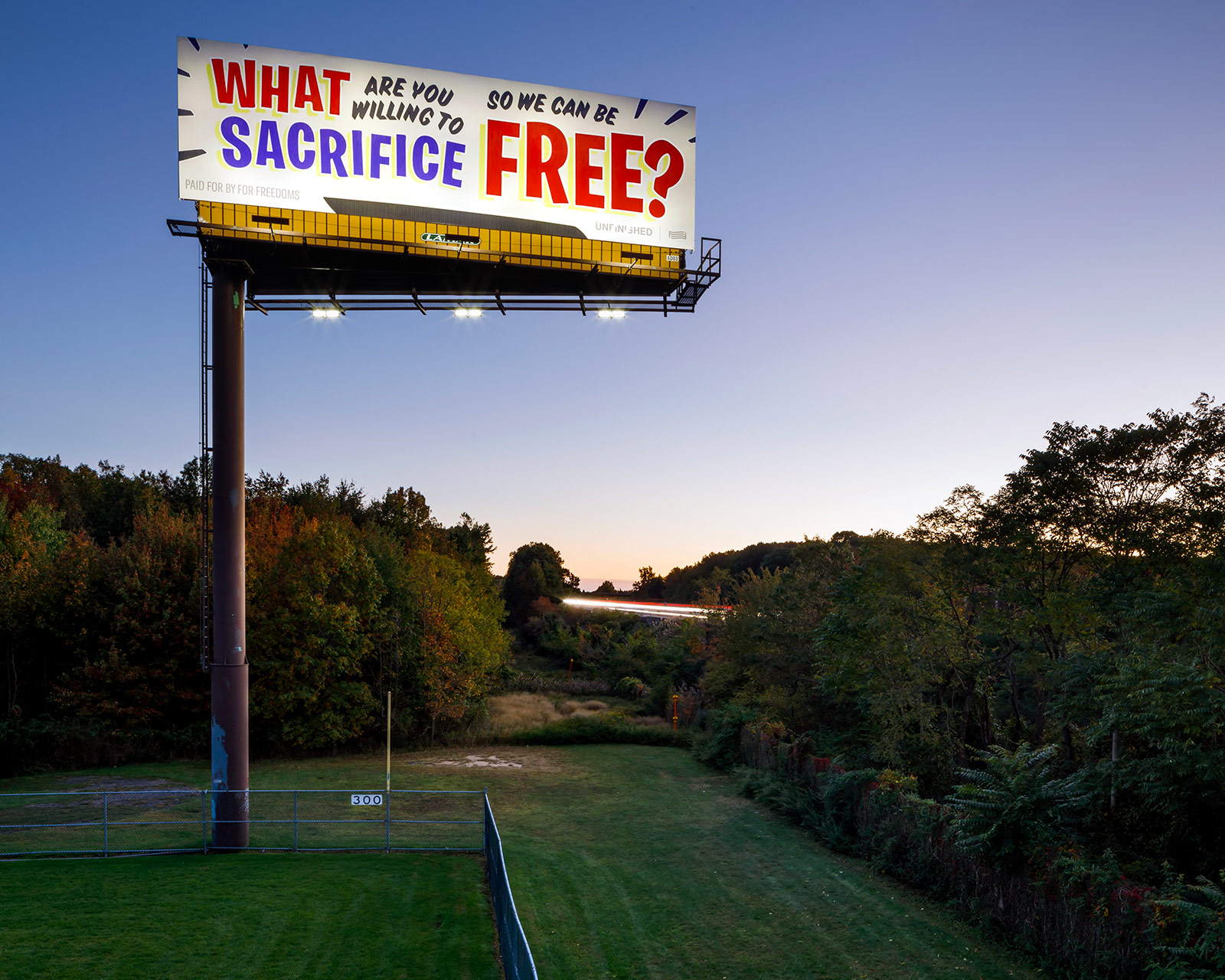 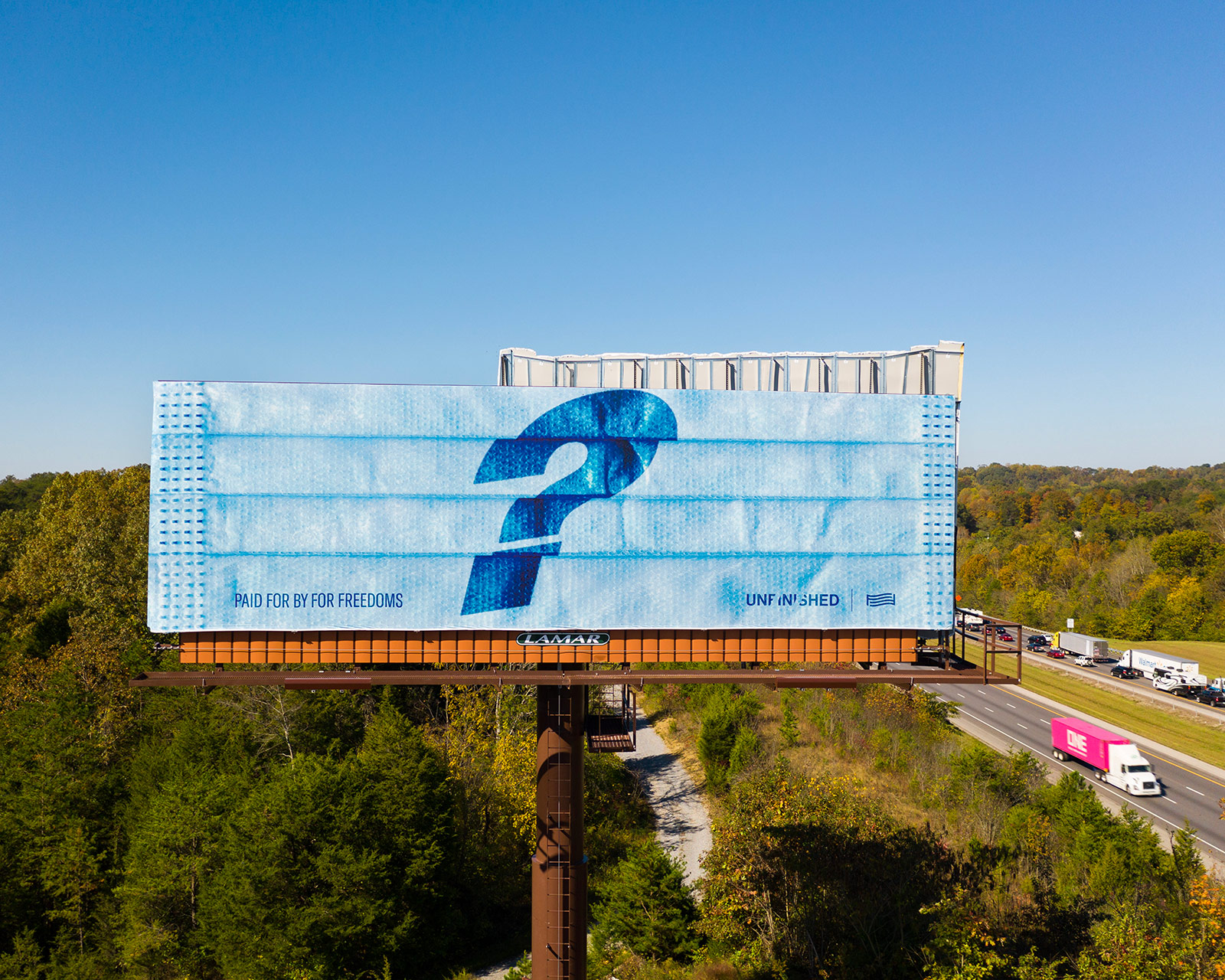 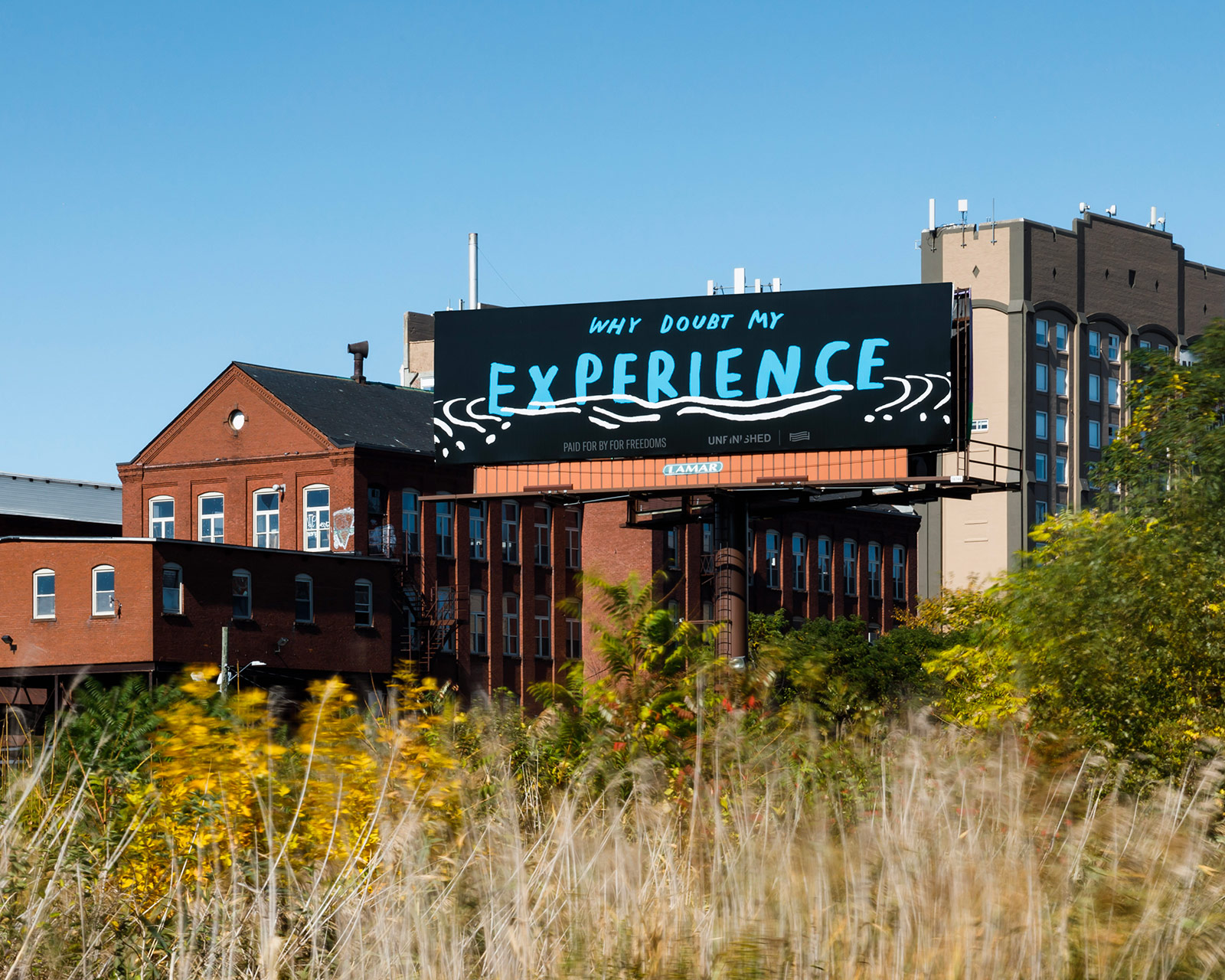 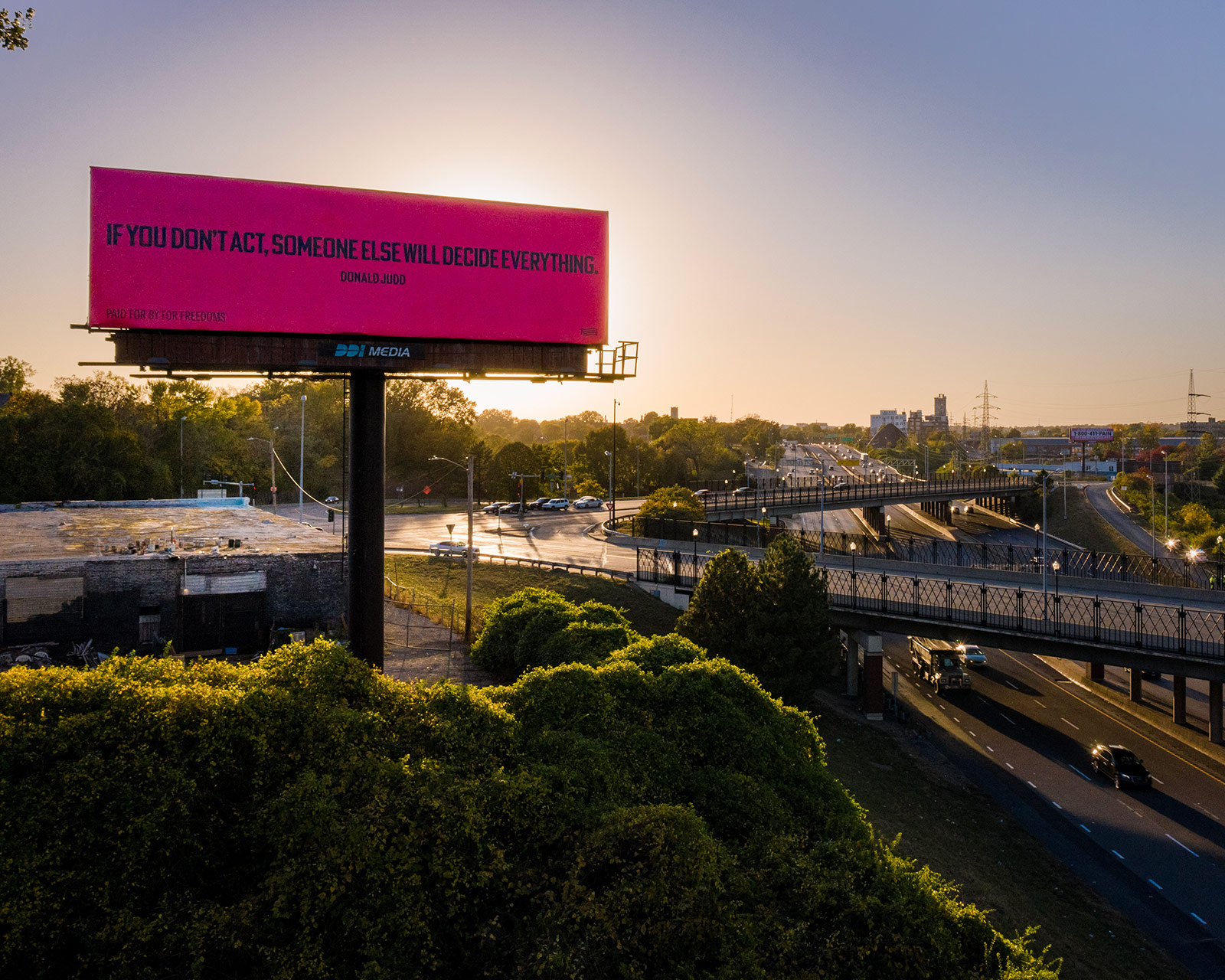 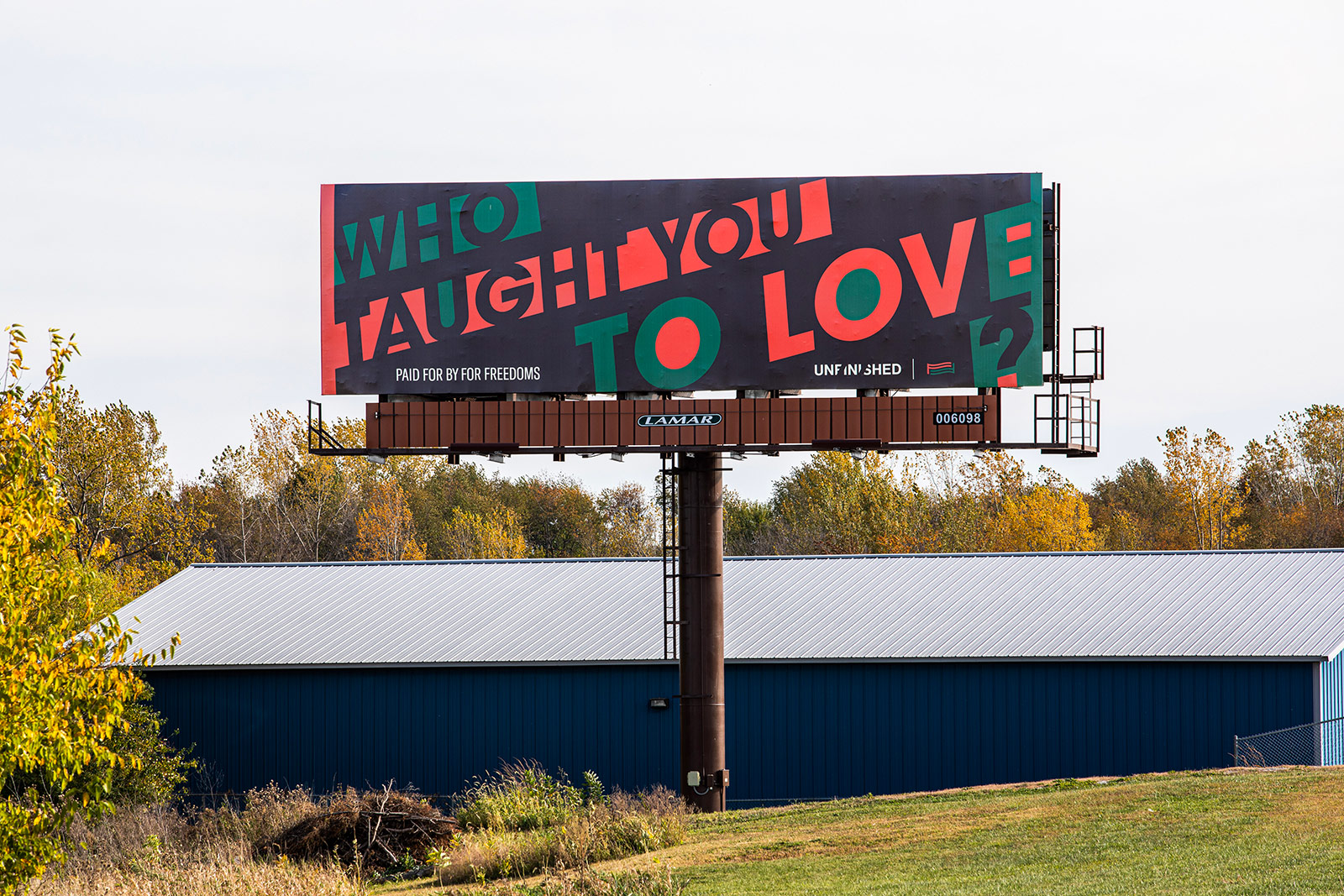 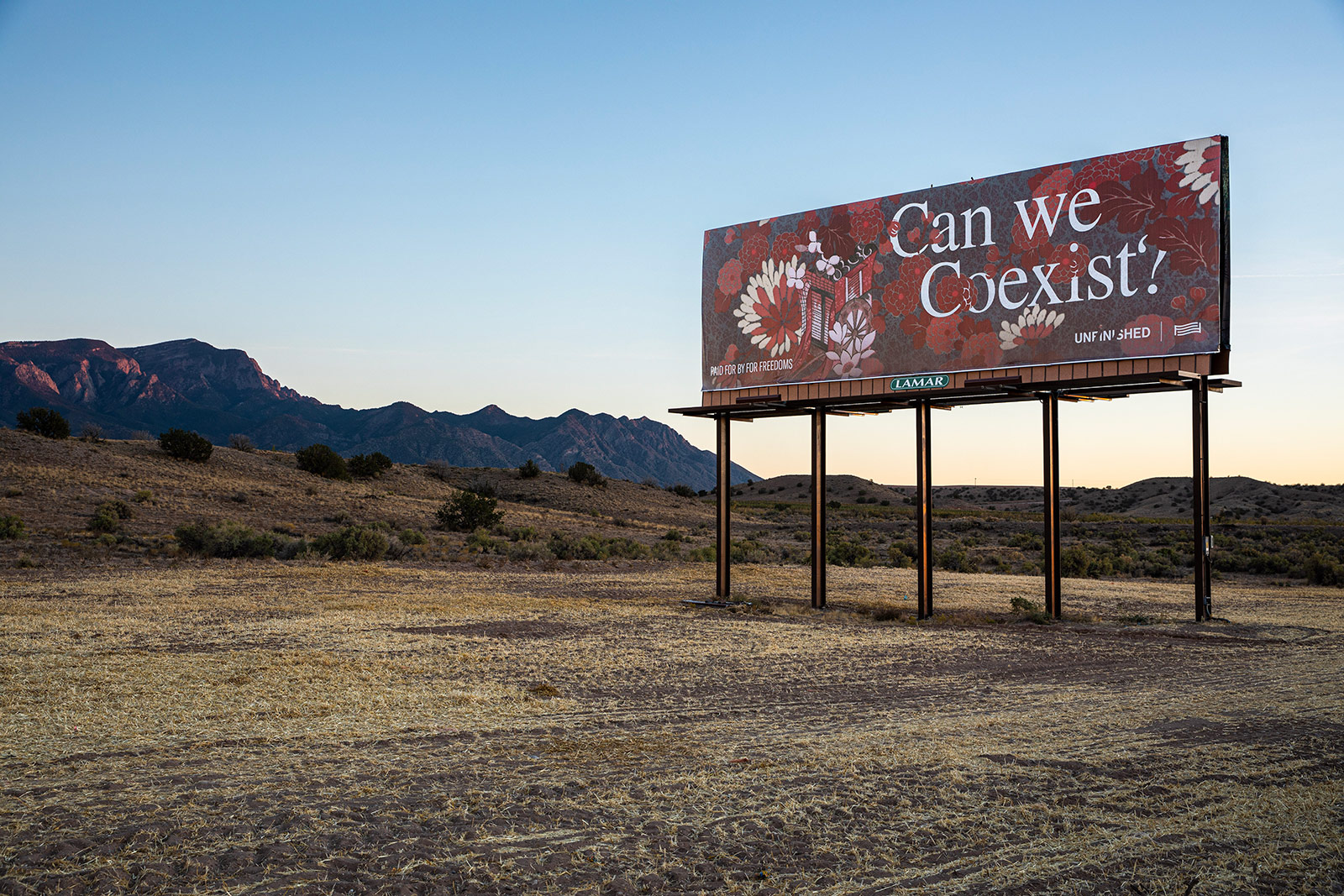 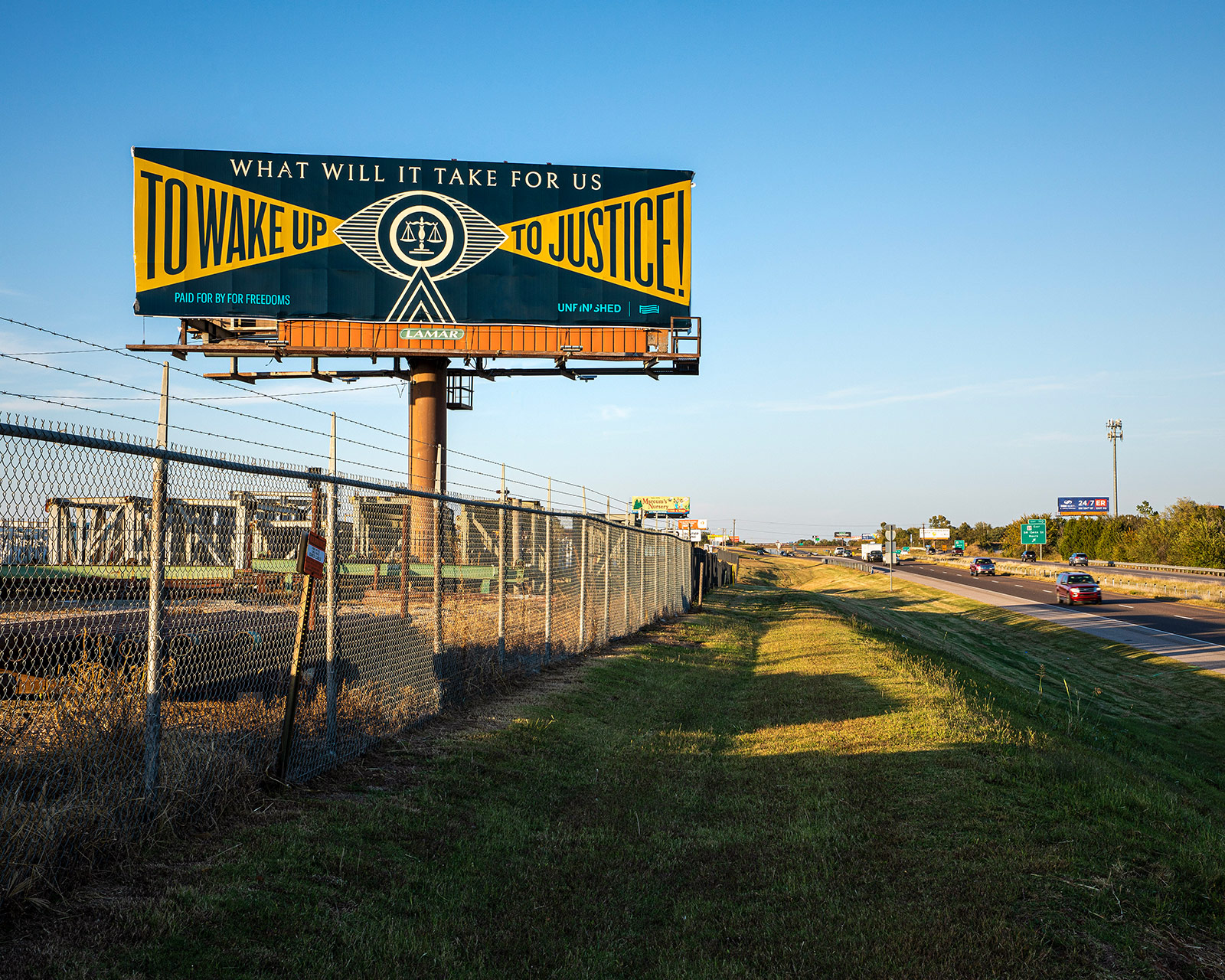 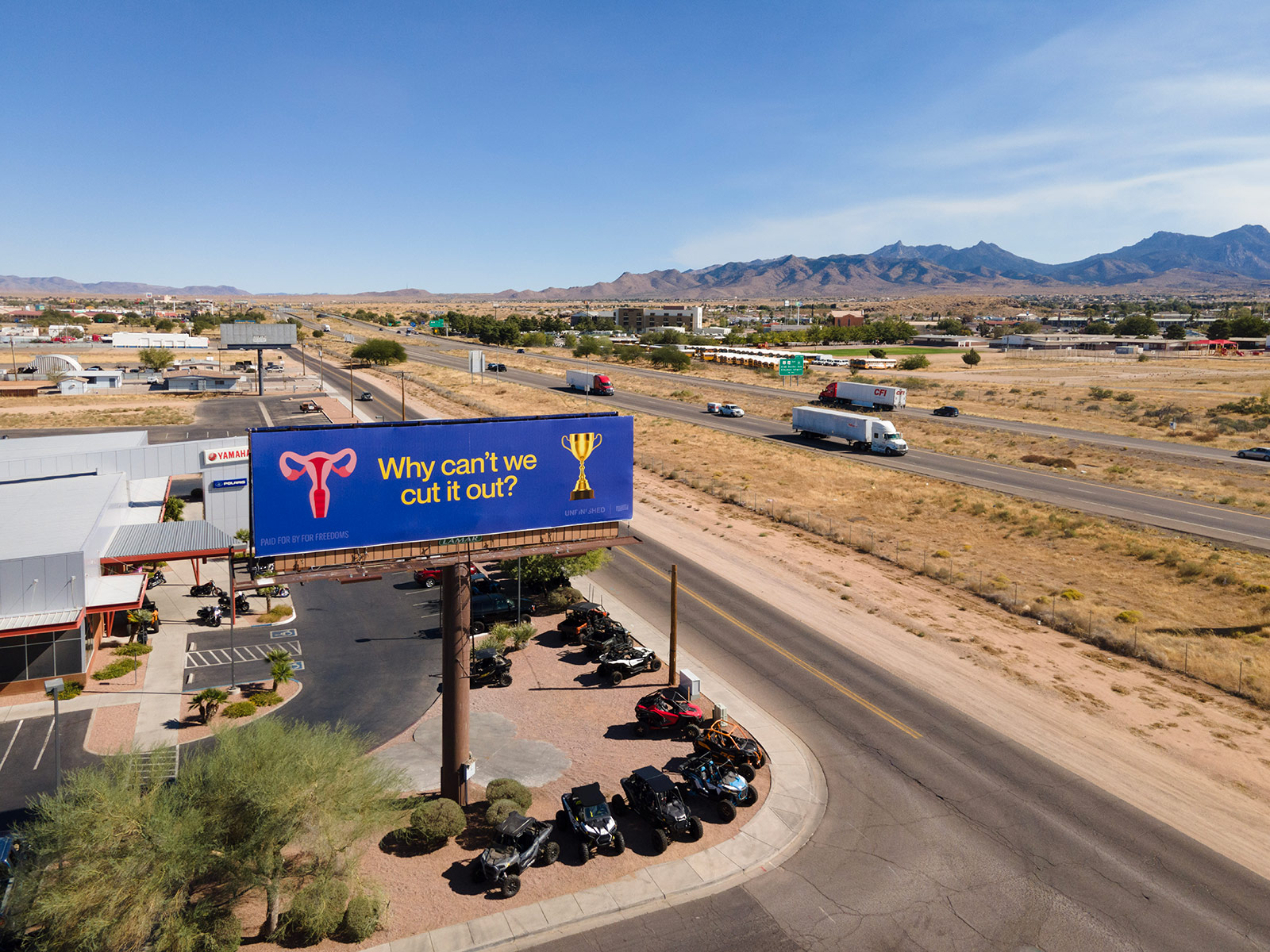