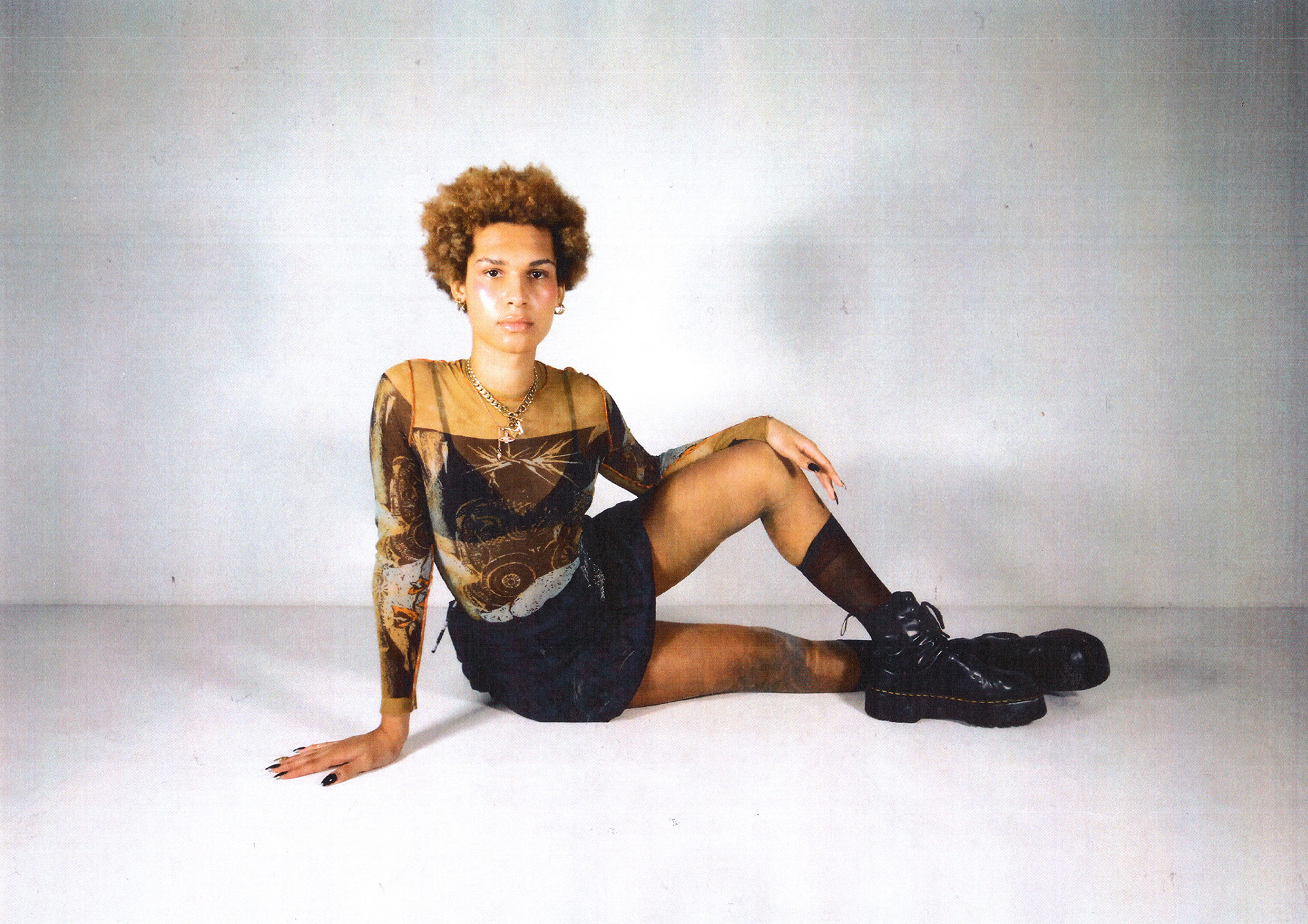 While some of us might have drifted through lockdown unaware of what time of day it is, or even what day it is, Glasgow-based electronic artist TAAHLIAH has kept herself booked and busy. When she wasn’t producing her (incredible) mix for Boiler Room’s Hard Dance series, she could be found on-screen at Club Quarantine’s queer Zoom party, or even in Minecraft at Lavapalooza, alongside the likes of A.G. Cook, Namasenda, and more.
TAAHLIAH’s debut single, Brave, from her debut EP being released in May, is a formidable yet evocative first track, with its intricate production details complimented by Sophie Thornton’s beautiful vocals. Brave is both a nod to TAAHLIAH's own experience of coming to terms with her transness, and an ode to everyone else who’s struggling to keep pushing through: "We both know I’m trying to, trying to, be brave". As the only black trans artist ever to win two awards in the same year at the 2020 Scottish Alternative Music Awards, if you didn’t know TAAHLIAH before, consider this your introduction. Join METAL as we chat with her about making music while the world’s turned upside down, the excitement of releasing new music, and her thoughts on the state of the Scottish music scene.

Okay, so, you’re stranded on a desert island and have to choose one album to listen to for the rest of your life. Which do you choose?
Oh god, that’s tough! Ummm, Shrines by Purity Ring.
For those who might not have heard of you before, how would you describe TAAHLIAH's sound?
Fun, expressive and honest. Electronic. I always find it hard trying to pinpoint descriptors for my work because I feel like it constrains it a little too much. I’m always thinking of club environments when making music, for example, how will this sound in a specific environment? Can people dance to it? Can people lose themselves to it?
You seem to have had quite a productive lockdown, performing at the queer Zoom party Club Quarantine and the incredible Lavapalooza Minecraft concert. Add to that your regular Clyde Built Radio appearances. Would you say lockdown has actually helped you as an artist, in a way?
Lockdown has given me the chance to develop my craft and skill set a little more. I’m experimenting more, and looking at different ways of working. There’s something very cathartic about being alone with your software and equipment and just making, even when it’s being imposed on you due to a worldwide pandemic. There are definitely pros and cons to the experience. More recently, I’m been looking into live show set ups and developments - it seems that that’ll be my main focus soon hopefully. 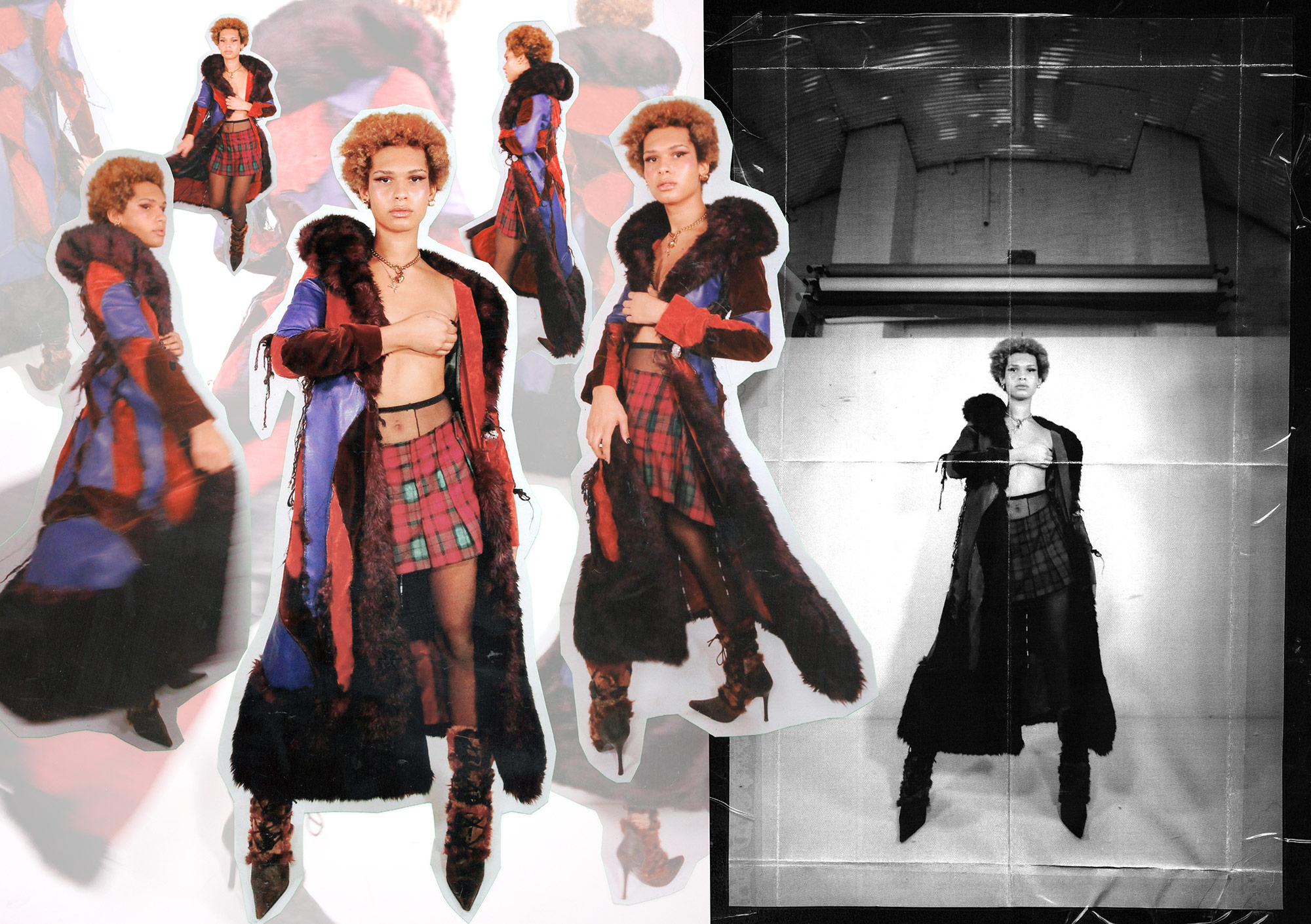 What are the artists or genres that inspire you? I know you’ve spoken before about hyperpop and the 90s and 00s Scottish rave culture.
Yeah, early 2000’s and 2010’s pop. Hardcore and techno, too. The inspiration for what I do comes from different levels. Emotions, feelings and experiences all play a big part in the music.
Some of my favourite remixes of yours are of tracks by Glasgow groups, such as Lucia & the Best Boys, The Ninth Wave and Walt Disco. How important is the city’s music scene for you? What is the electronic side of it like, in particular?
I think Glasgow’s music scene has the potential to be ground-breaking, but Covid has made everything feel very disconnected in my eyes.
The electronic music side is sadly disappointing. It's segregated, hierarchical and deeply nepotistic. I think a lot of work needs to be done to counteract that, but there’s only so much that the marginalised can do. The people in power need to start doing the work. I’m bored of seeing the same people on line-ups and event schedules. There’s a reason that, even though I won two Scottish Alternative Music Awards, one specifically for electronic music, I haven’t been approached by any of the major electronic music establishments within Glasgow to do anything, at all. I think that’s very telling about who they’re prioritising in these spaces, both digital and physical.
You’ve just released your debut single Brave (with vocals by Sophie Thornton) on untitled (recs). The entire track, from vocals to production to visuals, feels like a really beautiful, cohesive experience. It also feels like a newer and more personal venture for you as an artist, would you agree?
Yes, I would say so! I wanted my debut to be honest, sincere and to really set the stage up for whatever I do next. I’m glad the visuals are being received well alongside the music. Brave is a very special song for me, but I’m more excited about everyone hearing my other tracks as well.

You also recently made a mix for Boiler Room’s Hard Dance series. It definitely went hard. It was insane. Your remixes of Babycakes and Get Out of my Head were definitely high-points for me. How did this opportunity come about, and what was the experience like for you?
I’m glad you enjoyed it. I found the experience a bit nerve-wracking, if I’m honest, for a few different reasons. Boiler Room can sometimes attract a particular crowd or type of listener that I’m not too interested in interacting with.
I think because the mix features only my own production, it artistically feels like a more vulnerable position to be in as opposed to a standard DJ mix. A lot of the time with DJ mixes, the listener is interested in track selection and mixing ability, whereas with production mixes its 100% you, so there’s a lot more room for criticism, whether that’s constructive or even unwarranted.
I heard Brave on the set, as well as your unreleased song with Spent, Never Lose. Are you allowed to tell me anything about this track? Do you plan to release it?
Never Lose is my next single and it’ll be coming out really soon. Sonically, its completely different to Brave and that was very deliberate. I want to be able to showcase the sounds and sonic aesthetics that I’m interested in. Spent is the most incredible artist and friend. Never Lose really delves into the present trans experience, more specifically investigating the experience of being non binary, at all levels.
I feel like this is just the beginning for TAAHLIAH, which is a really exciting thought. Who knows, maybe I’ll be able to see you perform at the club again soon! What’s next in store for you?
Fingers crossed! I have two more singles including Never Lose coming out, and then my debut EP is released in May. I’m still working out the logistics of sets, shows and the ways I want to communicate my work in the future, but the core goal is to have fun! 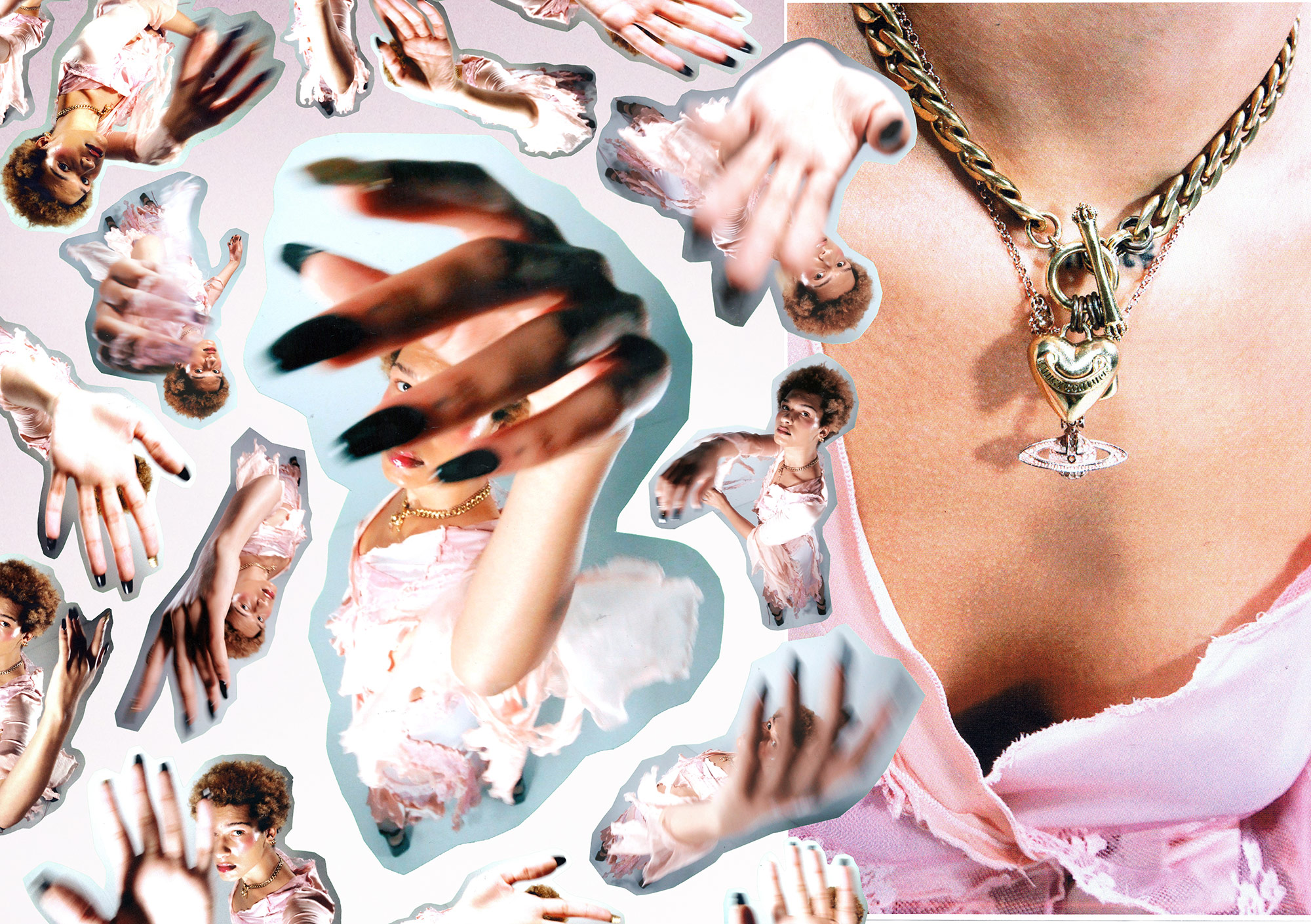 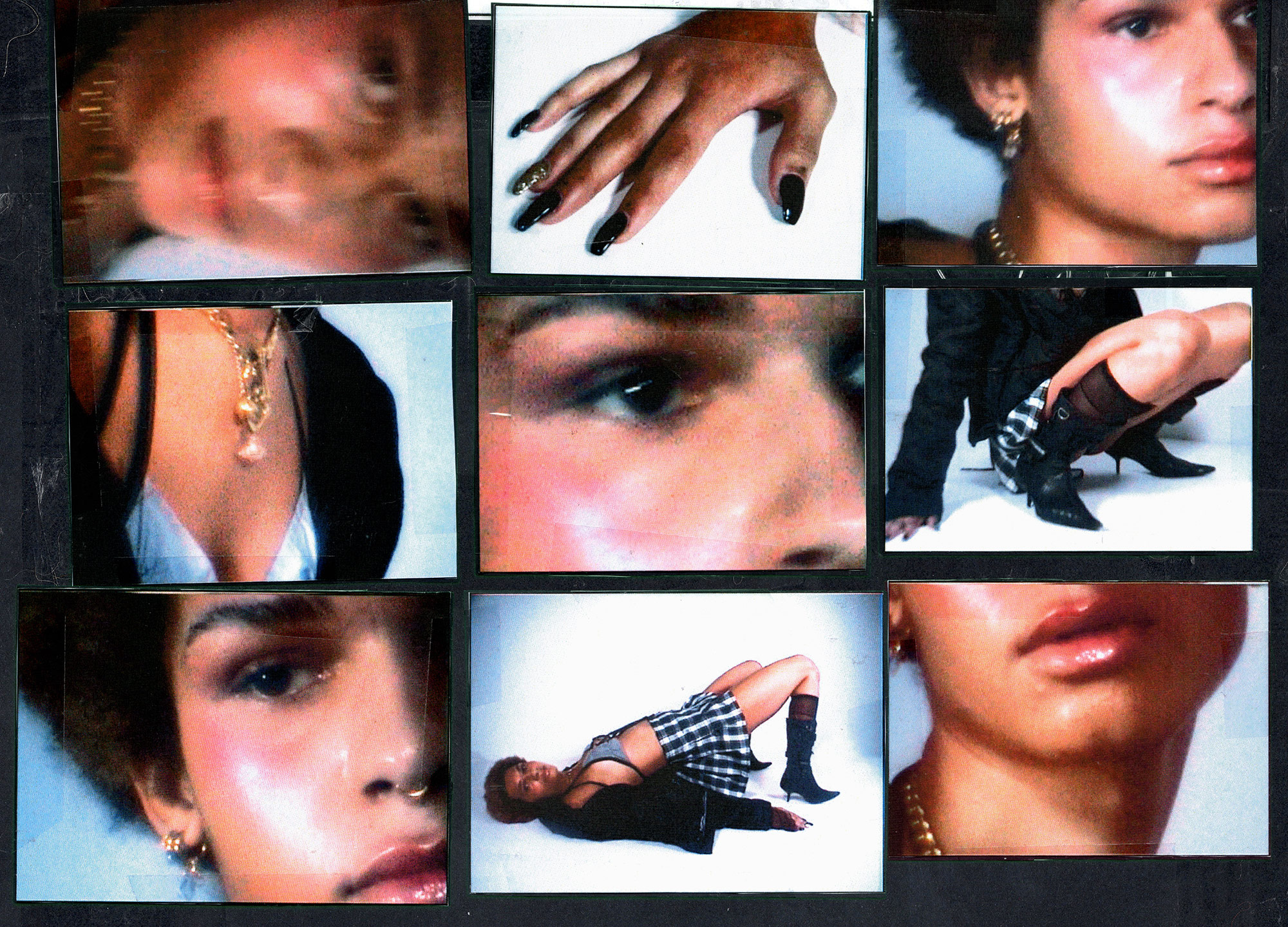