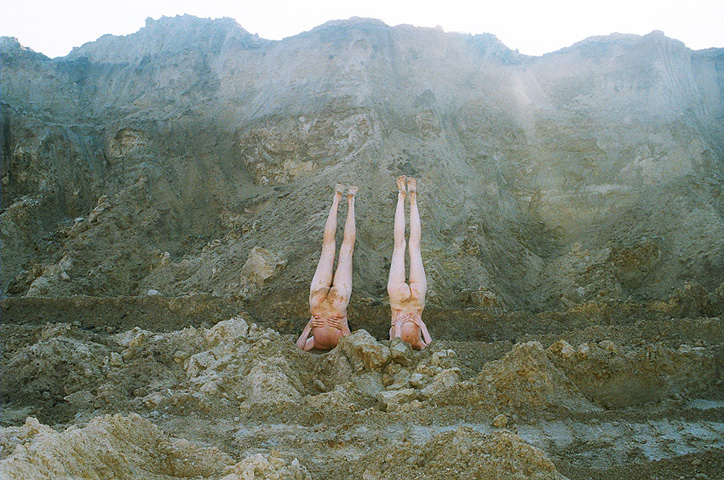 Raw, dreamlike and psychedelic, Synchrodogs create images with a beautiful disregard for the ordinary. Pushing boundaries and challenging convention their pictures delve into a strange limbo between reverie and realism to open our eyes to a world of bewilderment and freethinking, where anything goes. We speak to Tania Shcheglova and Roman Noven, the Ukrainian photography duo that form Synchrodogs, about their work.

So where did it all start? How did you find each other?

We met on a photography website where we both had accounts in 2008 as we are naturally from two different cities. First we were just shooting our lives, which mostly looked like diary pictures, but with time we went more and more into experiments and eventually emerged as an artistic team.

I commend you on your choice of name, Synchrodogs. It’s brilliant! What inspired it? Were there any other names that you were toying with?

We have chosen something that we understood literally - 'Synchronized dogs' - those that have same tastes, perceptions, even thoughts. Only five years after the duo appeared we got to know this 'sameness' is scientifically grounded, as we are absolutely the same in terms of numerology. There weren’t any other name options (at least those that would not be connected to animal world) as we knew from the very beginning that the dog is the best friend of the human, and that was exactly what we associated ourselves with.

Your project Reverie Sleep is inspired by your dreams. Are all your dreams generally as bizarre and psychedelic as they appear to be or do these epiphanic moments come rarely?

Beautiful dreams come from time to time. Some other dreams are so that you can feel the realness of the wind when you are flying on a high swing. Others are so that you feel a bit scared seeing a big hand-sized spider on the wall. Others are adventurous as you travel across Tea Mountains on a motorbike.

Other than dreams, where do you look for inspiration?

We are collecting our life observations usually, writing down all the ideas that come to mind while walking, talking, eating, traveling. Later when we need to shoot a project we come back to our own notes, even those that are five years old or so, and work on them to make something even more inspiring.

Your Misha Koptev series has a really interesting backstory. How did you find out about him? Describe the experience of the shoot and the messages you wanted to evoke, or even provoke…

Misha Koptev is some kind of Ukrainian fashion phenomena. He spent his life in the deepest Ukrainian ghetto called Luhansk (the city that is now occupied with Russian tanks and weapons). He never had any spectacular financial opportunities, so lived his life raw, as raw as it could be, making clothes out of garbage he found on the streets and making shows provocative enough to be arrested by police. The shooting was emotionally hard as that was our first time meeting a group of people who are either alcohol addicted, or were imprisoned before, or were 50-year-old gays still lying to their mothers that they are in the shop while posing naked for us. Misha himself is a genius living in a room with clothes and bones and feathers and boxes mixed together, where lice kept jumping on us all the time. Misha is a legend. We felt the World should know his story, as it is spectacular.

Do you feel that living in Ukraine has had a major influence on your work? In what way?

Living in Ukraine influenced us as people therefore it is reflected in all things we do. There is something aboriginal in our artistic style. That must be that exact thing we inherited.

How do you want people to feel when they see your photos?

How would you describe your on-shoot chemistry? Do your ideas ever clash?

Ideas can’t clash, they can fulfil each other or we can always determine which idea is stronger at this exact time. Shooting is always something that is prepared long before, so usually we already know what exactly should be in the shot and how it should be framed.

You’ve shot for fashion names like Harper’s Bazaar, Kenzo, and Bimba y Lola (with whom you’ve worked on a few of their campaigns). What sort of creative control do you have on these commissioned shoots? Do you still get to be yourselves?

We have quite a lot of freedom in our commissioned shoots but the only difference is that all the ideas are approved beforehand by brands or magazines so that there are no surprizes in the end. Our aim is not just for us to be happy with the results but also to meet the main needs of the client and be in line with the brand’s aesthetic and mood.

Many of your photos portray the naked body, most often the female body. At a time where nudity has somewhat surpassed taboo and is becoming almost fashionable in today’s media scene, how do you feel about its continued censorship (for example, the ‘Free the Nipple’ campaign currently at large on Instagram)?

Never thought of it as something that really matters. Naked is true, nude is natural, but is there any other way social media can control the flow of nipples and how can they distinguish what is art and what is not? We are quite indifferent to both sides of this issue. Nipples do not change any important things, they do not stop war, they do not inform us of anything urgent. They actually do nothing.

In your section titled Internet Documentary, I have to ask, what drew you to wrinkled tablecloths on Russian television?

It was our everyday life observation making us ask one simple question: how can television spend so much money to create a TV show and always have wrinkled tablecloths as if they were stocked in a wardrobe press for ages. They simply dismiss the details that make harmony ever possible. We see a lot of irony in it.

Are you working on anything at the moment?

Sure, we are always working on something. You will know about it only when it is released. Recently we started our first charitable project called CrystalTania selling all one-of-a-kind made-by-Tania jewellery and spending the money helping those who are in urgent need of medical or any kind of aid. That is the least we can do to support our country that is going through a very difficult time trying to defend itself from ‘big brother’. All buyers will also get a postcard saying how exactly their money was spent so that they can be proud of themselves for helping the World. See all available pieces here and have your karma pure and clean. 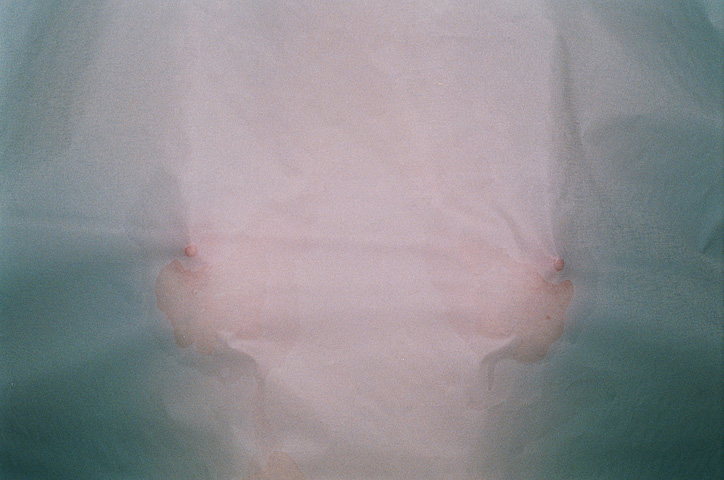 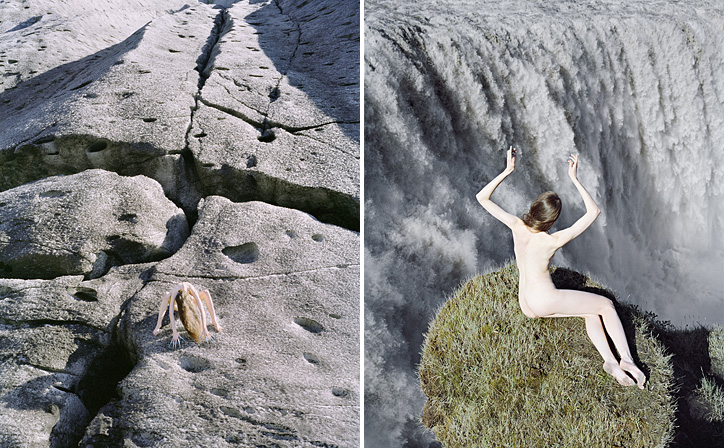 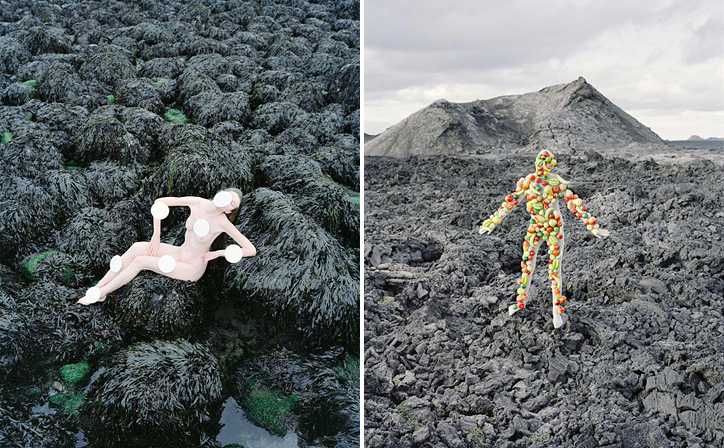 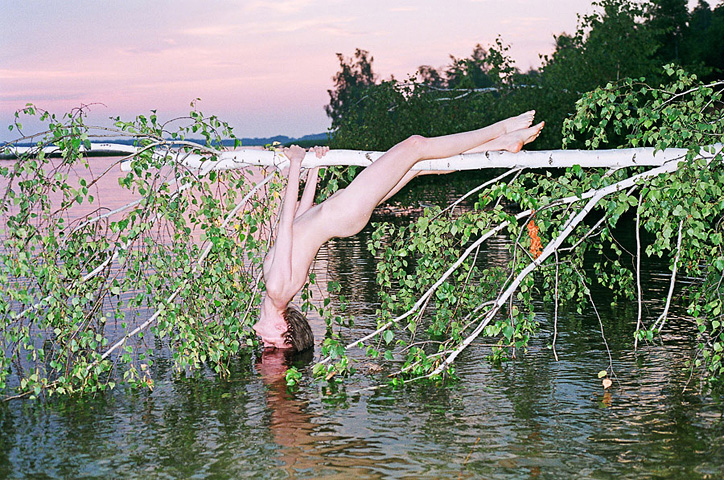 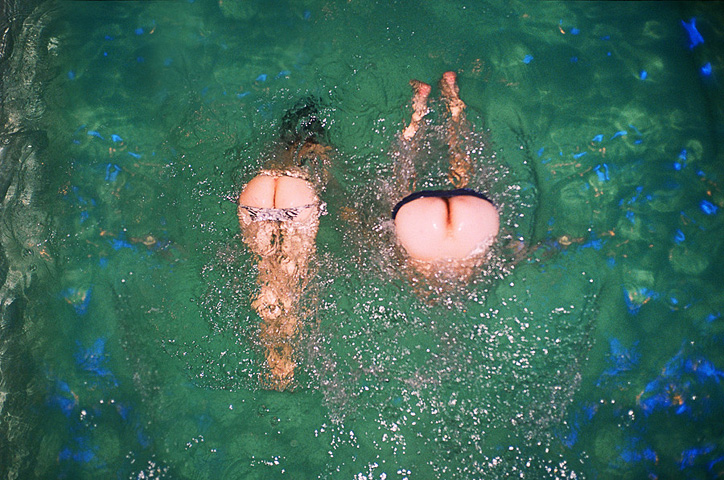 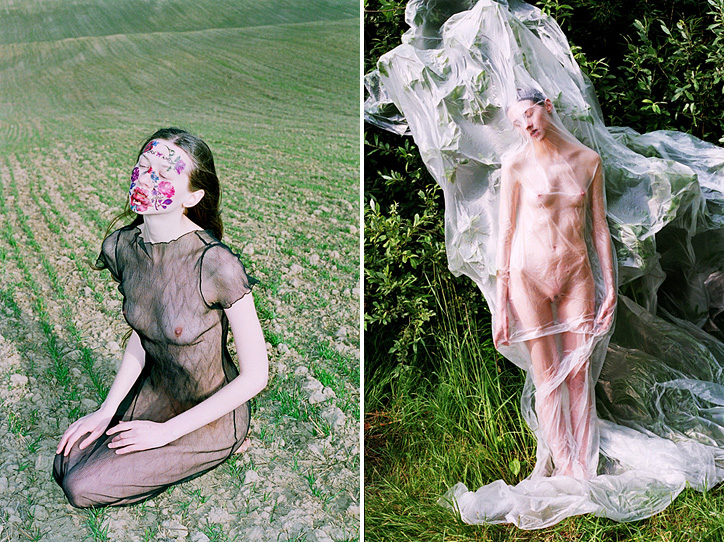 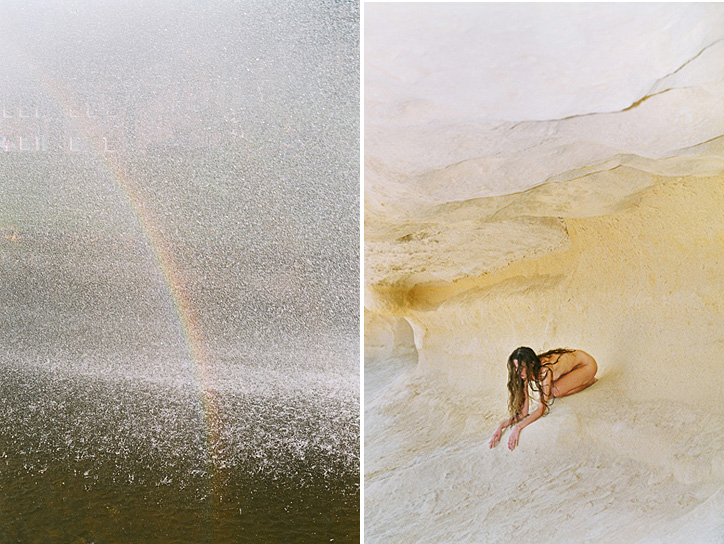 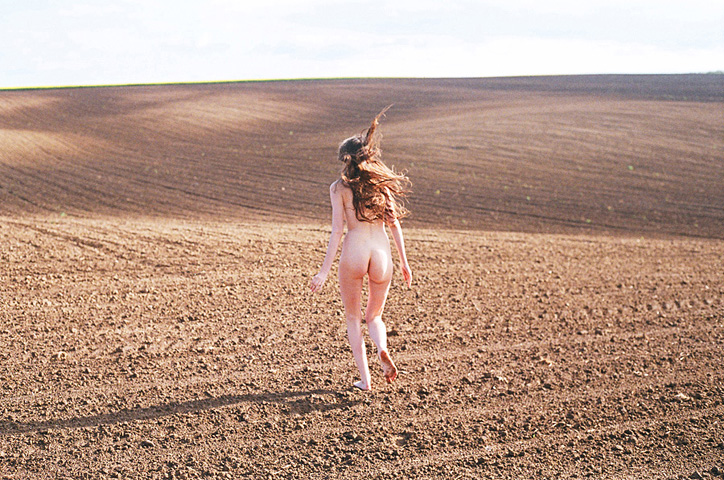 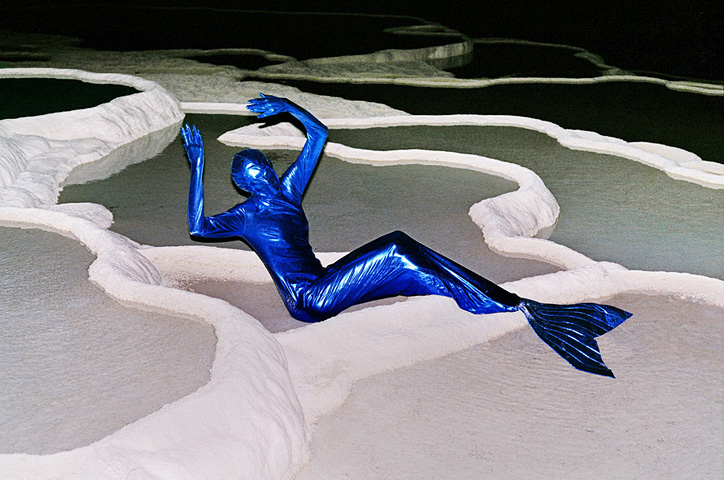 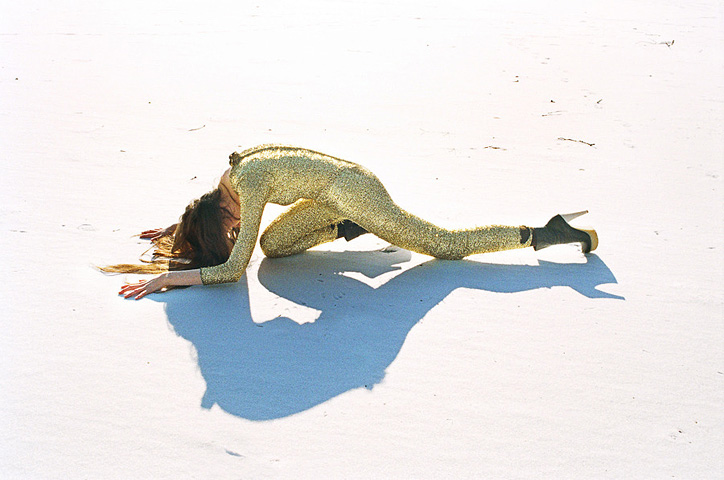 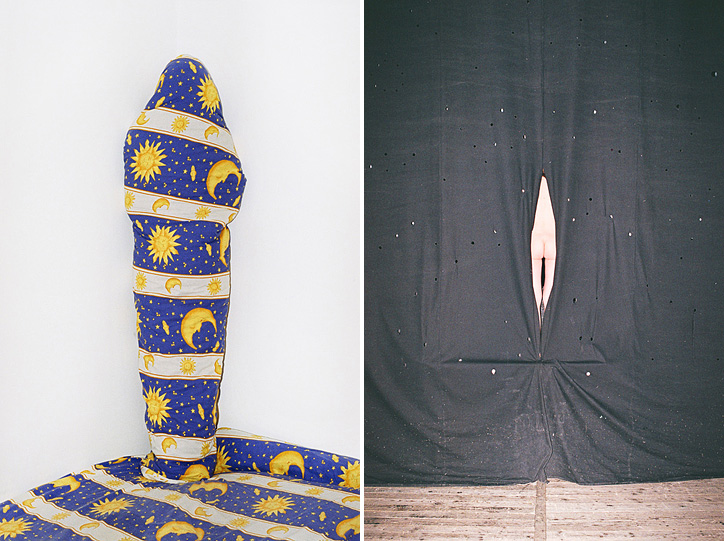 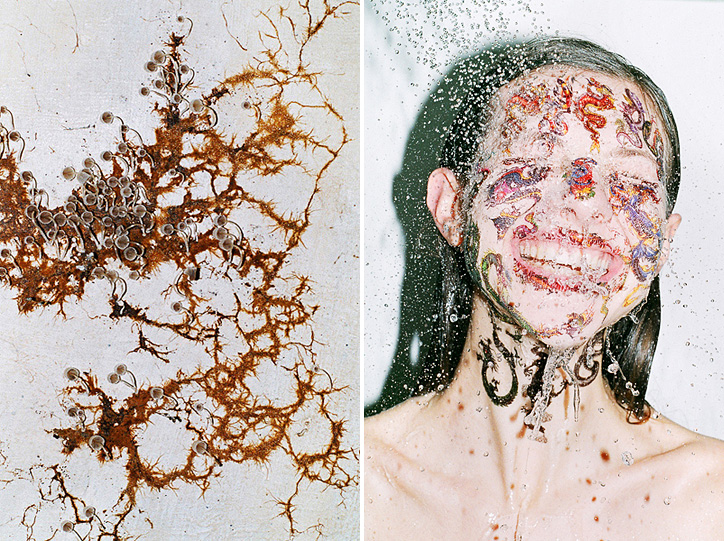 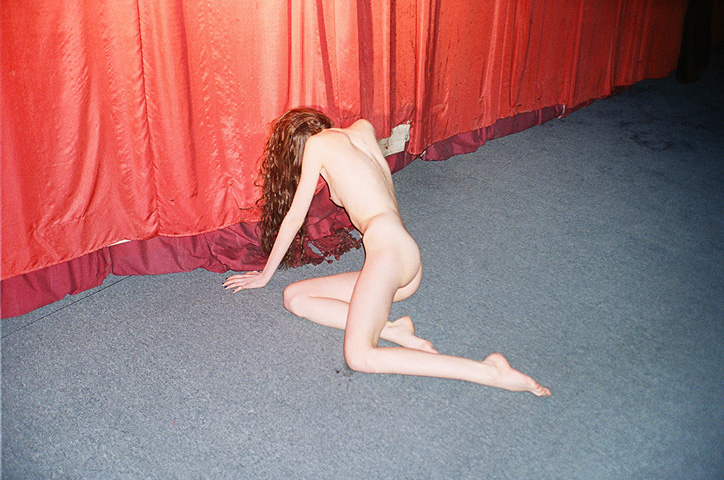 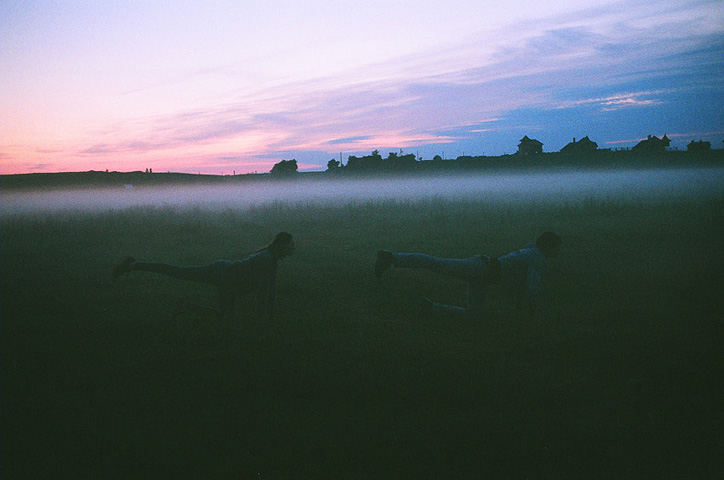