The paradox of sadness and comedy, the grotesque and the beautiful 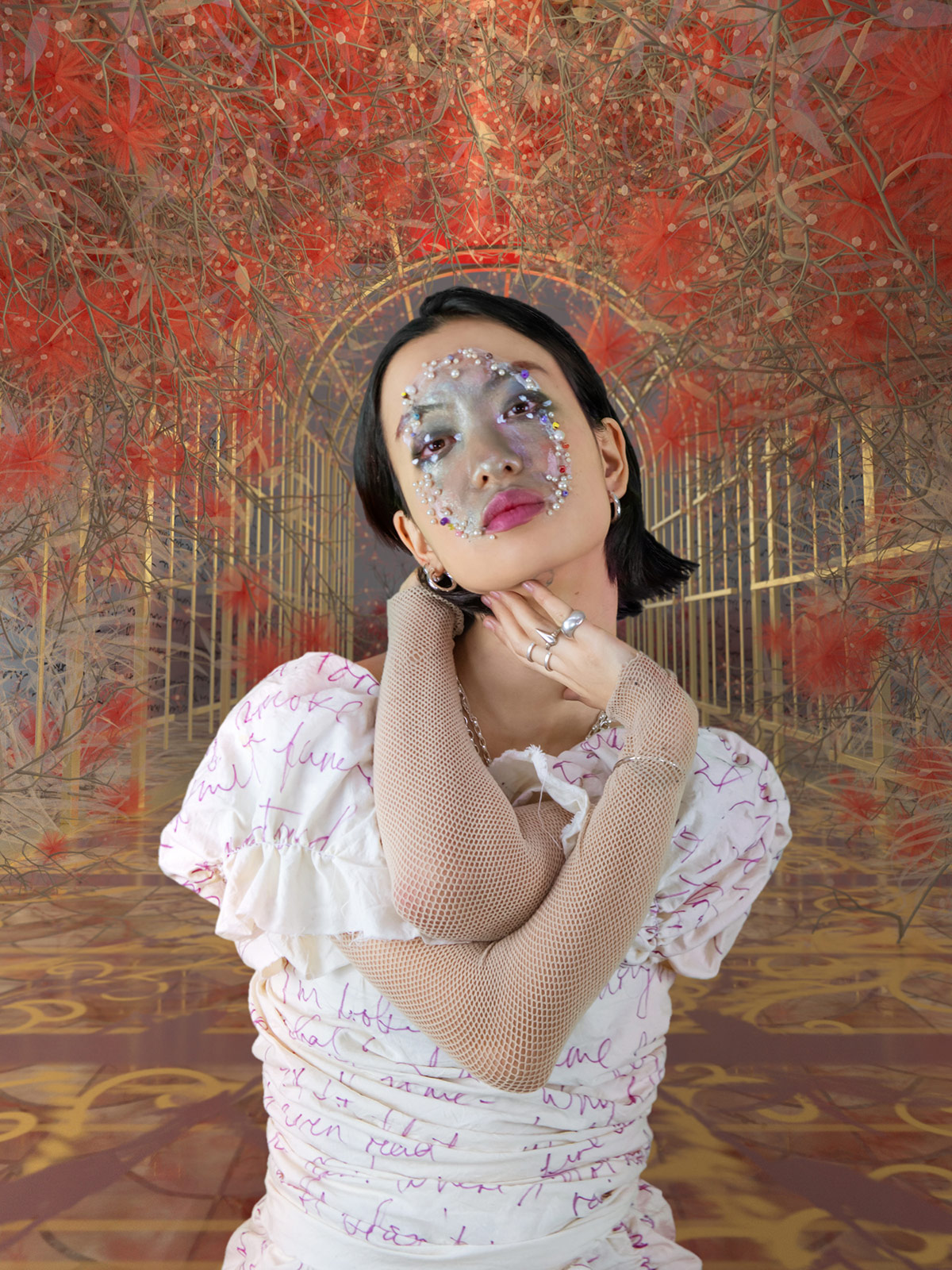 One of techno music’s rising stars, object blue returns with a new audio visual EP Grotto released today (5th March), accompanied by a live-streamed performance (7PM GMT) which promises to be bonkers; we’re told that it is ‘a bit like if King Lear had been a millennial soap opera with a happy ending’. This release follows the success of the Hyperaesthesia EP; a collaboration with London-based Italian DJ and producer TSVI, which received widespread positive attention.
object blue has spent most of the Covid-19 pandemic and associated lockdown periods holed-up in her London home, unable to do what she really loves the most; performing live to a packed dance floor. But as has been the case for many of us, the pandemic has also provided a rare opportunity to spend quality time at home with family, working closely with her wife and creative partner, Natalia Podgorska, to create something truly unique, that will forever serve as a document of the times in which it was created. 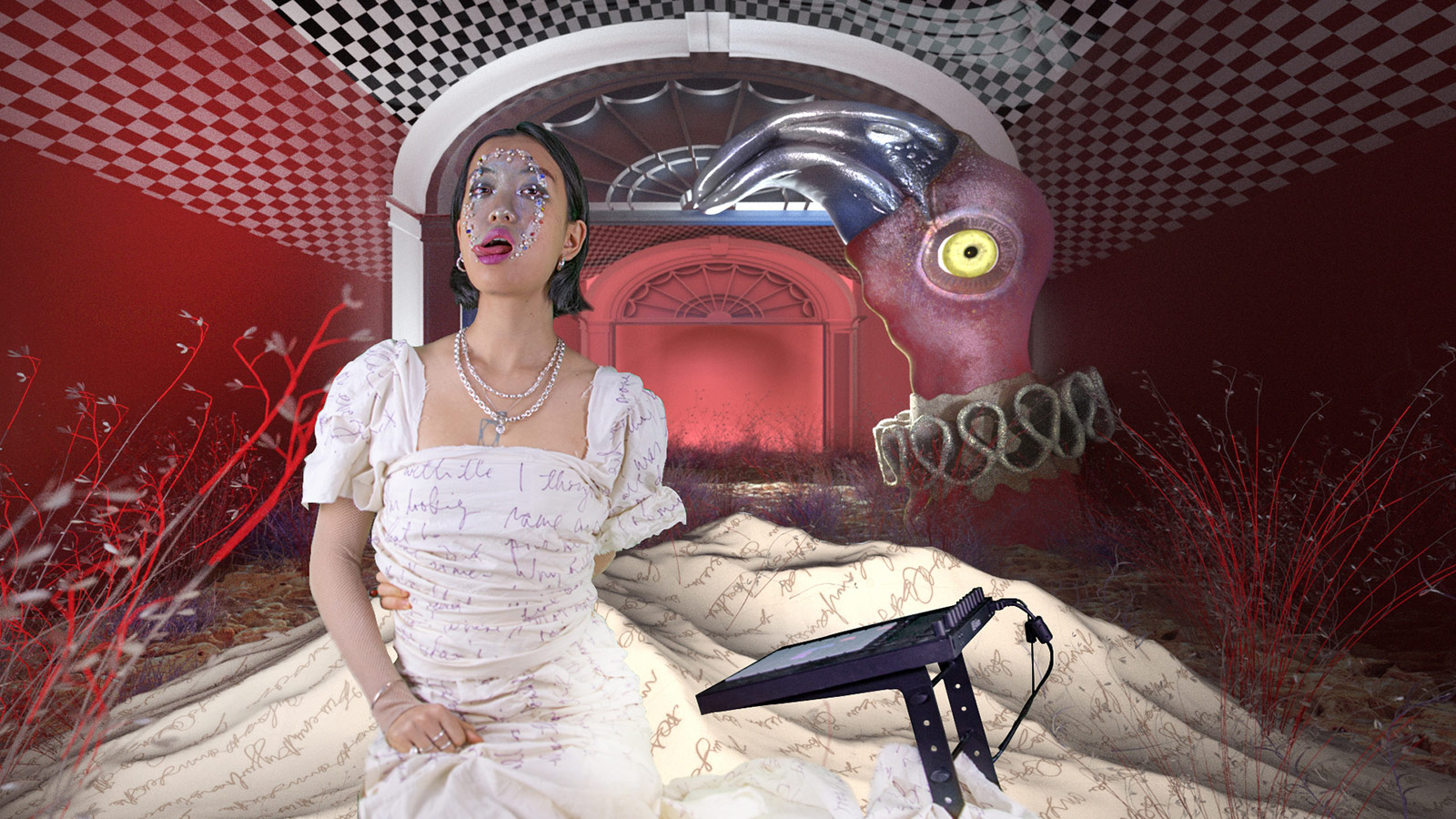 You have said yourself that ‘Grotto is a stage’, and you are live streaming a performance tonight (5th March), to accompany its release. To what extent do you think this project has been dictated by circumstance? Is it an outlet for the frustration of not being able to perform, or a creative direction that you were very much planning to take anyway?
I always knew I would write non-dancefloor music, it would have happened sooner or later. It turned out to be sooner, because of this. I still very much enjoy listening to club tracks at home, but I know a lot of people feel sad and melancholic because it reminds them of what's missing. I hope Grotto can provide some fun and solace for them. Also, Grotto centres around a theme I'm forever preoccupied with; the absurd relationship we have with home and family. Now that everyone has been confined to their homes with couples breaking up, housemates fighting, feeling lonely, feeling claustrophobic, I think Grotto is a timely piece of work.
The global Covid-19 pandemic has meant that many of us have spent a huge amount of time with our partners, housemates and families. This has inevitably put a lot of these relationships under strain. How have you found it to be working so closely with your wife and creative partner, Natalia Podgorska, on this project at this particular time?
It's been so satisfying! It gave us a routine and an exciting goal. I would be sewing my costume, she would be collecting reference images. I would be singing the opener while cooking, and she would hum along as she made 3D graphics for my video. We would talk about what we were working on while we ate. It was similar to when we would be watching films or taking a walk together, but grander. It gave us a new splash of energy. I'm probably the luckiest person in the world to have a lockdown experience like this. Natalia is an incredible person to live with and work with.
My well-thumbed copy of the Collins Dictionary says that a ‘Grotto’ is ‘a small cave, especially one with attractive features’. What does the Grotto of the title represent to you? Is it a reflection on the living accommodation that you have spent so much time in, or did you perhaps just fail to get the record out in time for Christmas?
Ha! I actually didn't know that ‘grotto’ usually means the Santa setups in malls until after I decided on the title. I knew it meant a cave, which reminded me of homes, this half-open, half-closed space in which we move around and interact with one another, as a stage. Also it's a reference to the word "grotesque". Finally, I mostly chose it due to how it sounds: it's a guttural word with harsh consonants, but also the continuation of "o" is melodic. The paradox of sadness and comedy, the grotesque and the beautiful, is central to this EP: I think the word sums it up well.
With the recent UK government announcement of the roadmap for lifting Covid-19 restrictions, there is potential for clubs to start opening up again from June 21st. Do you have any plans to take Grotto onto the physical stage?
Yes! The most fun I have is forcing non-club music into club sets. Of course I'm down to do a sit-down performance of the whole EP as well, but I'm not sure if anyone would come to that instead of a mental rave! Either format, I can't wait to do it. Also the more I play live sets, the more the original material gets embellished, distorted, etc. I love watching that progress. It's like watching my kids grow up.
You have just walked back into a packed club for the first time in over a year. What is the first tune that you want to hear thumping out of the sound system and why have you made that choice?
I almost answered something nostalgic, but actually I'd love to hear a tune that sweeps me off my feet, as I hear it there for the first time. That's the addictive thing about clubs, isn't it - to be swallowed whole by sounds you don't even know the title of? I can't wait to hear what people have been making during the past year. I want it to shake me from the ground up!