Fiorucci’s revival behind the scenes 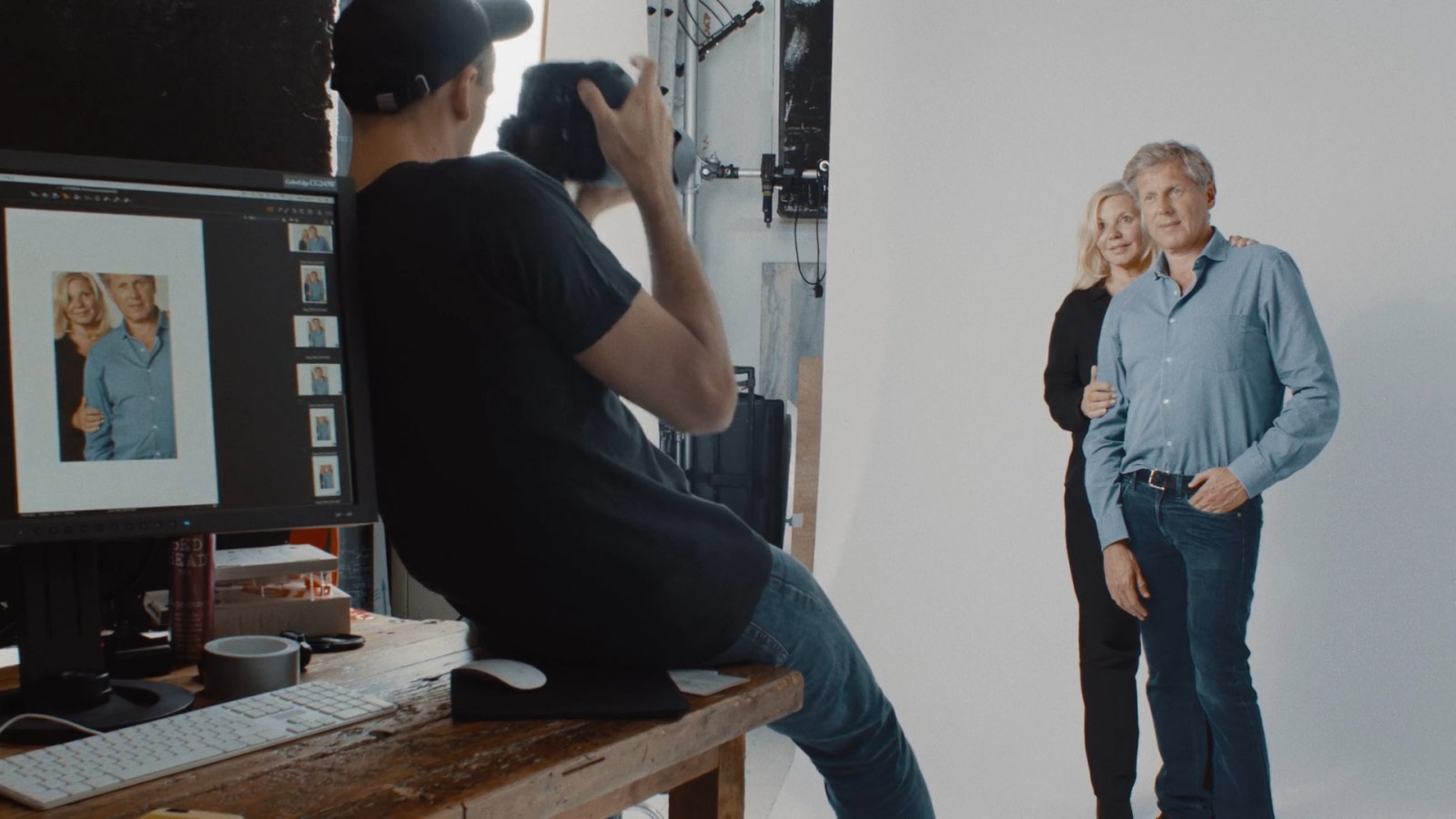 After being nothing more than a distant memory for more than thirty years, it was announced that Fiorucci would be returning, being bought by entrepreneurial duo Stephen and Jane Schaffer in 2015. The story itself is now being retold in a new film, entitled You Will Be With Us in Paradise. Directed by Isaac Lock and commissioned by M2M, the film charts the journey of the Schaffers. Finally making its comeback in 2017, You Will Be With Us in Paradise shows us what happened in the two years to get there – with some special appearances from fashion veterans like Diane von Furstenberg and longtime Fiorucci fans alike – and is available to watch on Nowness.

The documentary you present is about iconic New York brand Fiorucci. How did you meet Janie and Stephen, the owners of Fiorucci?
I had heard about Janie and Stephen Schaffer through various friends who had been involved in the brand in various capacities, and I was already very curious about what they were doing and why. By the time they called me for a meeting, I had heard so much about them from different parties, but nothing could have prepared me for the characters I encountered.
You Will Be With Us In Paradise is a hilarious and wry examination of the comic chaos and befuddlement of the operation behind Fiorucci’s comeback. How did it all start?
I’ve always been interested in the way people do things more than the actual things that they’re doing, and I thought there was something very interesting in the way these two had seemingly endless power of acquisition. It felt like an old-fashioned approach – to be interested in buying a legacy of what was arguably a youth culture movement and try and kickstart it again, forty years later. I was curious about whether it would work or not.
Plus, I just found them very, very funny and captivating, and knew they would naturally be great on camera. I suggested the idea to the company that initially financed the film almost in passing, and they jumped on it, so before we knew it, we were shooting. We had actually agreed on the funding and so on before the subjects had agreed to do the film. The whole thing happened very quickly.
What did you know about Fiorucci before the film?
Again, it was more about the machinations of a particular class of people and their attitude than what they were actually doing. I knew about Fiorucci and had seen a lot of the iconic graphics, and I knew that it meant a lot to a lot of people, but I wasn’t obsessed. I was much more interested in how the power might have shifted from the business owners to the younger creatives and artists that they hoped to get involved; how that kind of relationship might have been changed by the Internet and the massive explosion of platforms and outlets.
A lot of very interesting people were involved in the first incarnation of the brand, and it was certainly a vehicle to further their ideas, and it was really exciting to meet a lot of them for the film. Joey Arias, for example, is a very pivotal queer elder; Andrea Branzi, one the original Memphis Group designers, has a truly radical take on cultural movements and a great historical knowledge he shared, as did Philip Monaghan, who was wonderfully warm and generous. He had found a real sense of community around the original brand and became a pillar of it. We also met one or two very cynical people who had been involved and who had a lot to say about youth culture and politics but were very clearly just interested in their own power and profit from it. 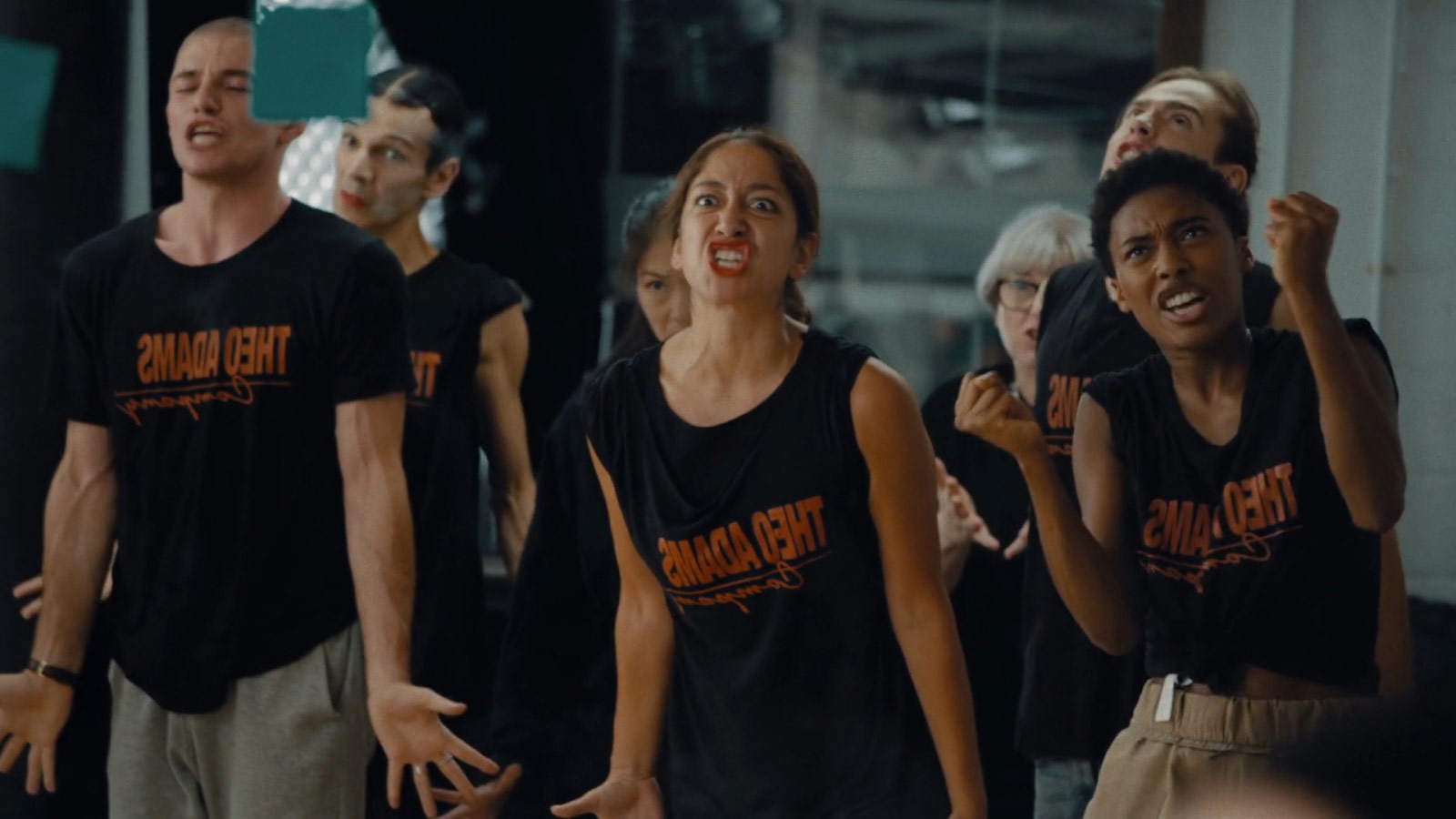 Besides what you knew about the brand, what was your opinion about it? You say you weren’t obsessed but maybe you were a fan somehow.
To be completely honest, there was a lot of ‘how dare they take on this beloved institution’ talk about Janie and Stephen before I met them, but I don’t think I really shared the great reverence that a lot of people had for the original brand. Even at its height in the late ‘70s, it was still an organisation designed to harness youth culture and energy for profit and concentrate that profit in the hands of a few individuals. Elio Fiorucci and his original collaborators were very good, I think, at backing artists and letting them do what they wanted under the umbrella of the brand, but I think it would also be naive to think that it was purely patronage for the love of the work. It was an early example of a type of branding exercise that a lot of big brands do now, which a lot of artists have to navigate in order to be able to keep producing work. The original Fiorucci was ‘cool’, but people talk about it as if it was the 1968 uprisings or something. It was still a business.
We witness moments of utter despair and exasperation and are allowed to sit and listen in on meetings in which brainstormed ideas for the opening are mooted. What was the most bizarre idea you overheard?
The weeks-long plot to get the devotees of the local Hare Krishna temple involved in the store opening was more sensational than anything I could have written.
What was Janie’s and Stephen’s feedback on the movie?
You’ll have to ask them! I wouldn’t say they exaggerated themselves on camera, but they were having fun with it all the time. They know why it’s funny, and they were very generous throughout in letting us film everything all the time.

“The original Fiorucci was ‘cool’, but people talk about it as if it was the 1968 uprisings or something. It was still a business.”
Moments in the film touch on the Schaffer’s consciousness of their age and lack of self-professed links to high fashion and current youth culture. Did you focus intentionally on this generational gap?
Not as such, but it was of course one of the things that made the story interesting. It heightened the challenge they had taken on.
Highlights of the film feature explosive fragments from practice sessions with the Theo Adams Company, who had been hired to curate a theatrical experience for the launch night. Can you tell more about it?
Theo is like no one you’ve met before or will again. He has an encyclopaedic knowledge of the campest facets of European culture. For example, he has total recall of every Eurovision entry since at least 1975. Spending time with him is always thrilling and surprising, and seeing him in what felt like his natural habitat, the Windmill Club in Soho, where in the end he and his company didn’t get to throw the party, was a great honour.
Can we talk about the music in the movie? You clearly have an understanding of the power of music. At times, the sound was overwhelmingly loud, paralleling the shockwaves of tension people involved must have felt.
I worked with Lorenzo Senni, the Italian composer/producer and genius, who created these very intense soundscapes for us. They worked well, I think, with the commercial Italian pop music and minor Broadway hits that the Theo Adams Company used in their performances. Those tracks were structured and show-stopping; the music we composed needed to be less formal while still being powerful. A balance to them.
What are your expectations for Fiorucci?
I don’t know if I have any expectations. I’m more of an observer in the situation, but of course, I hope they achieve everything they want to with it. 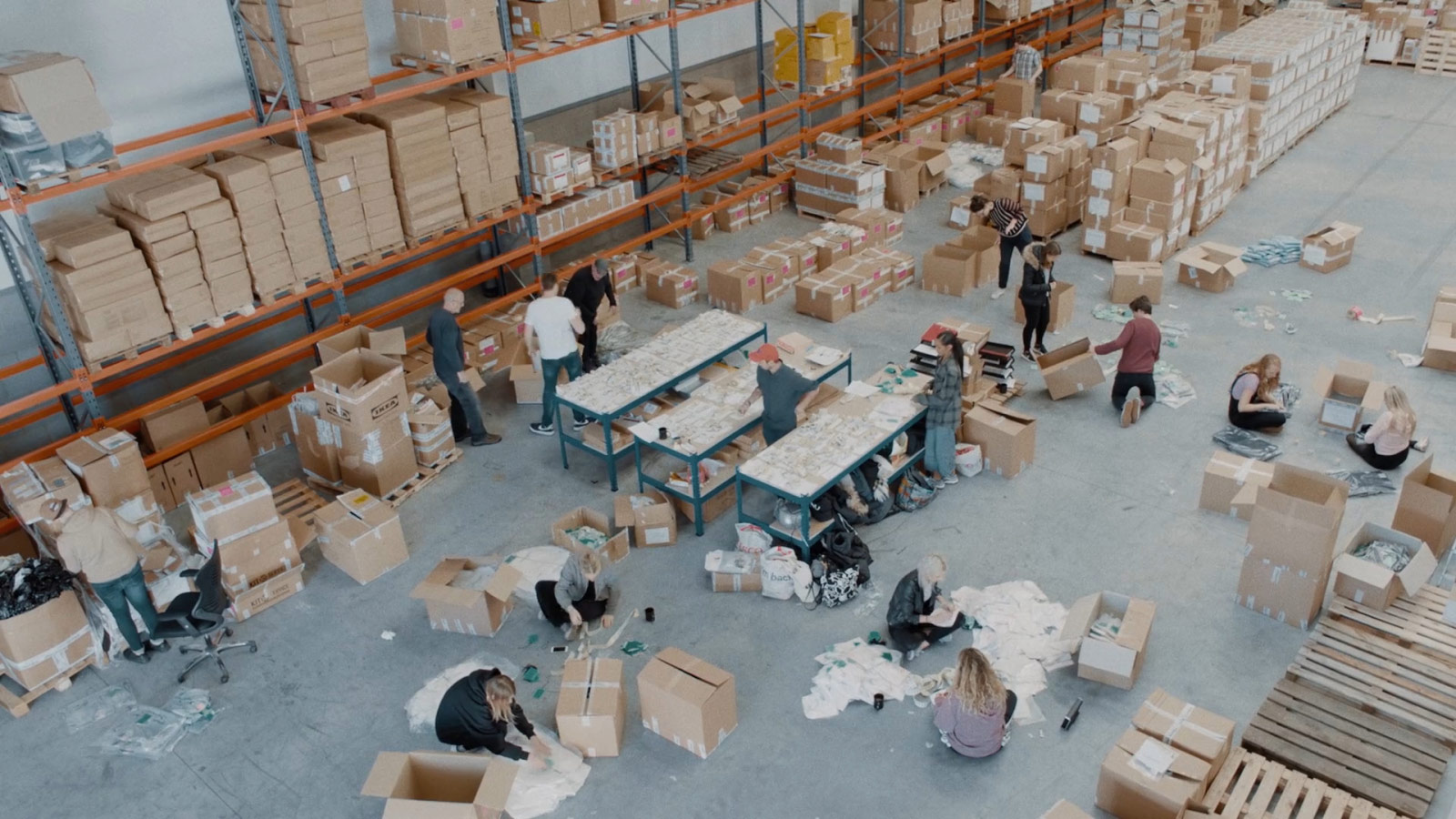 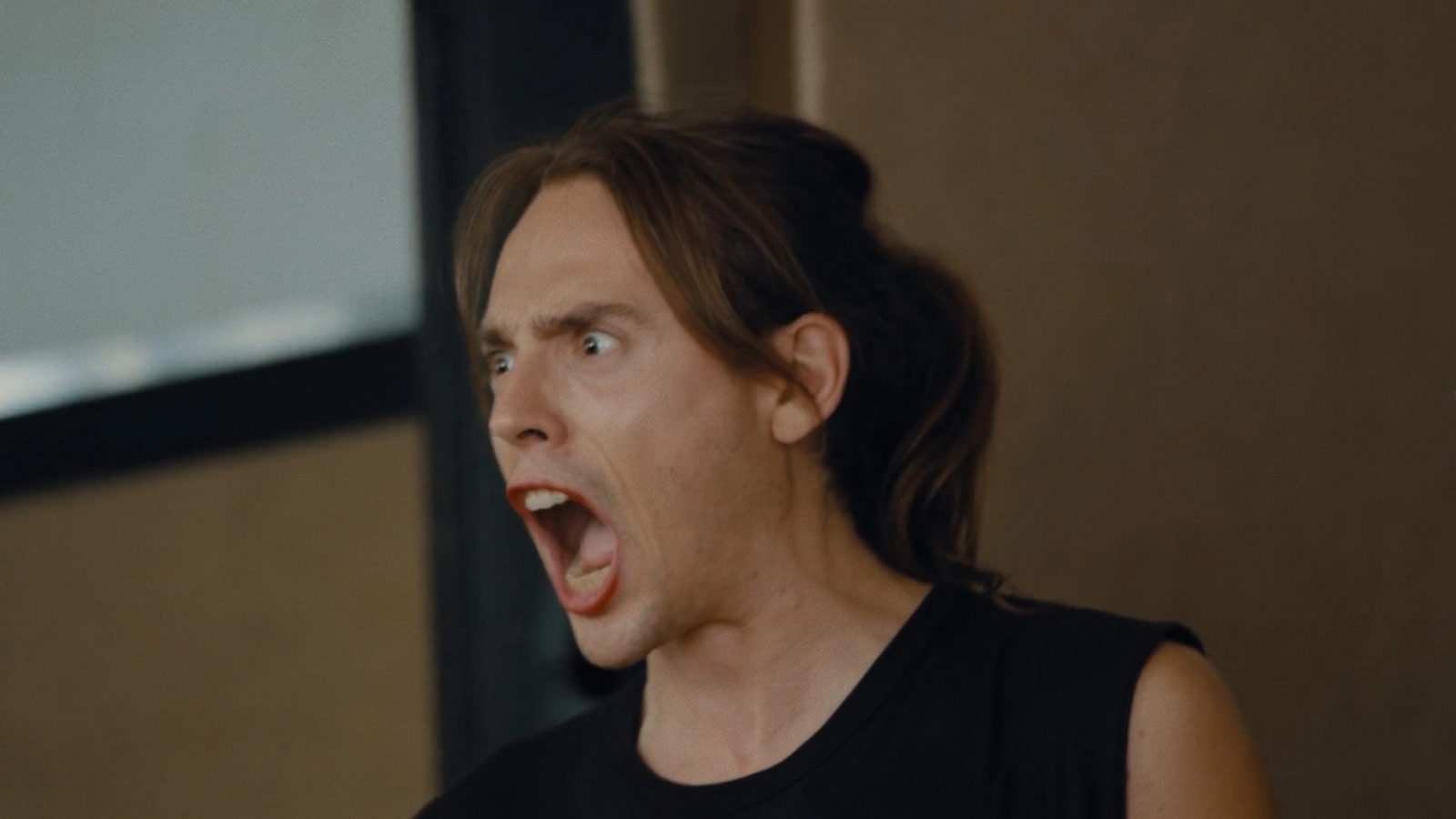 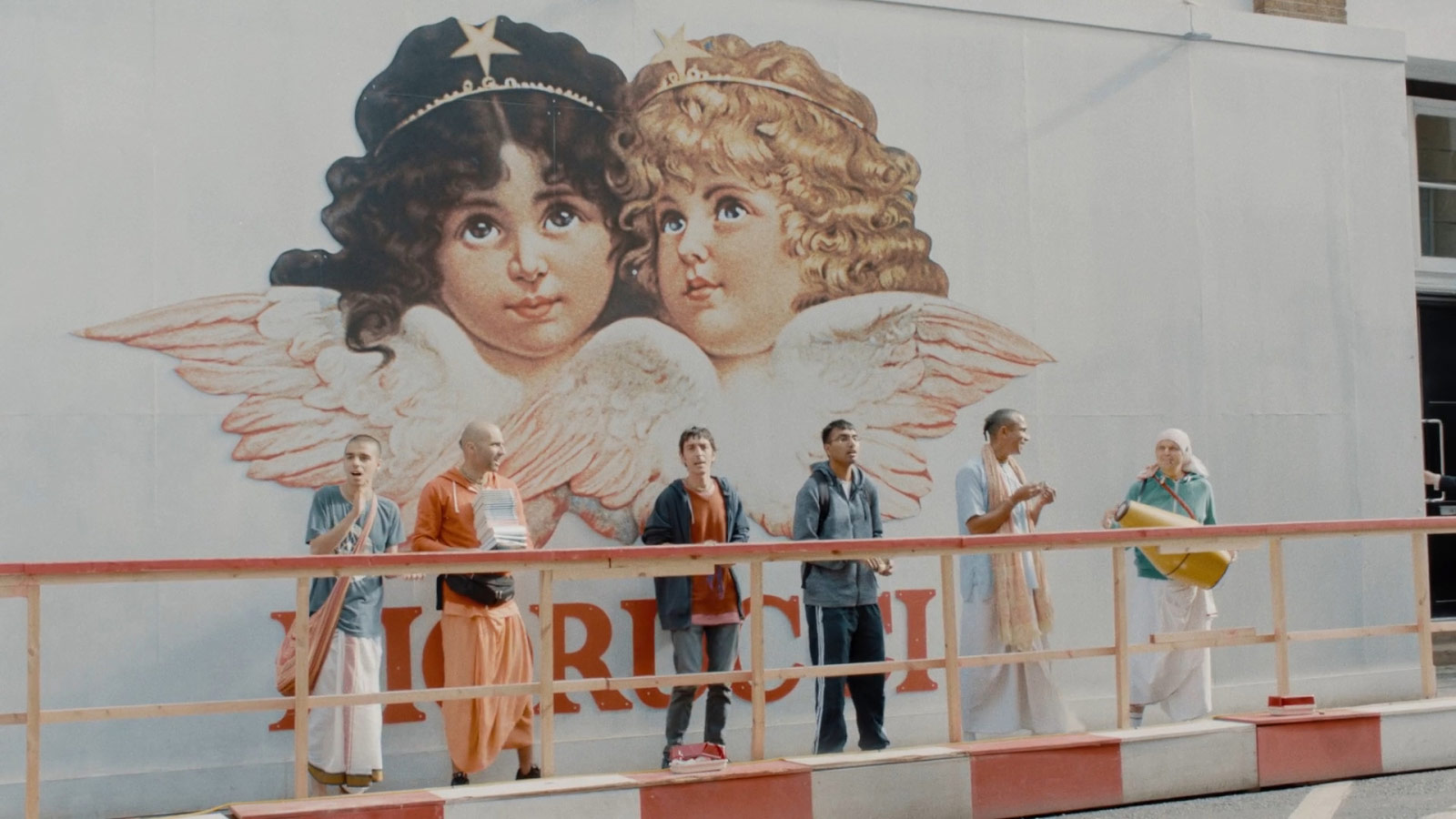 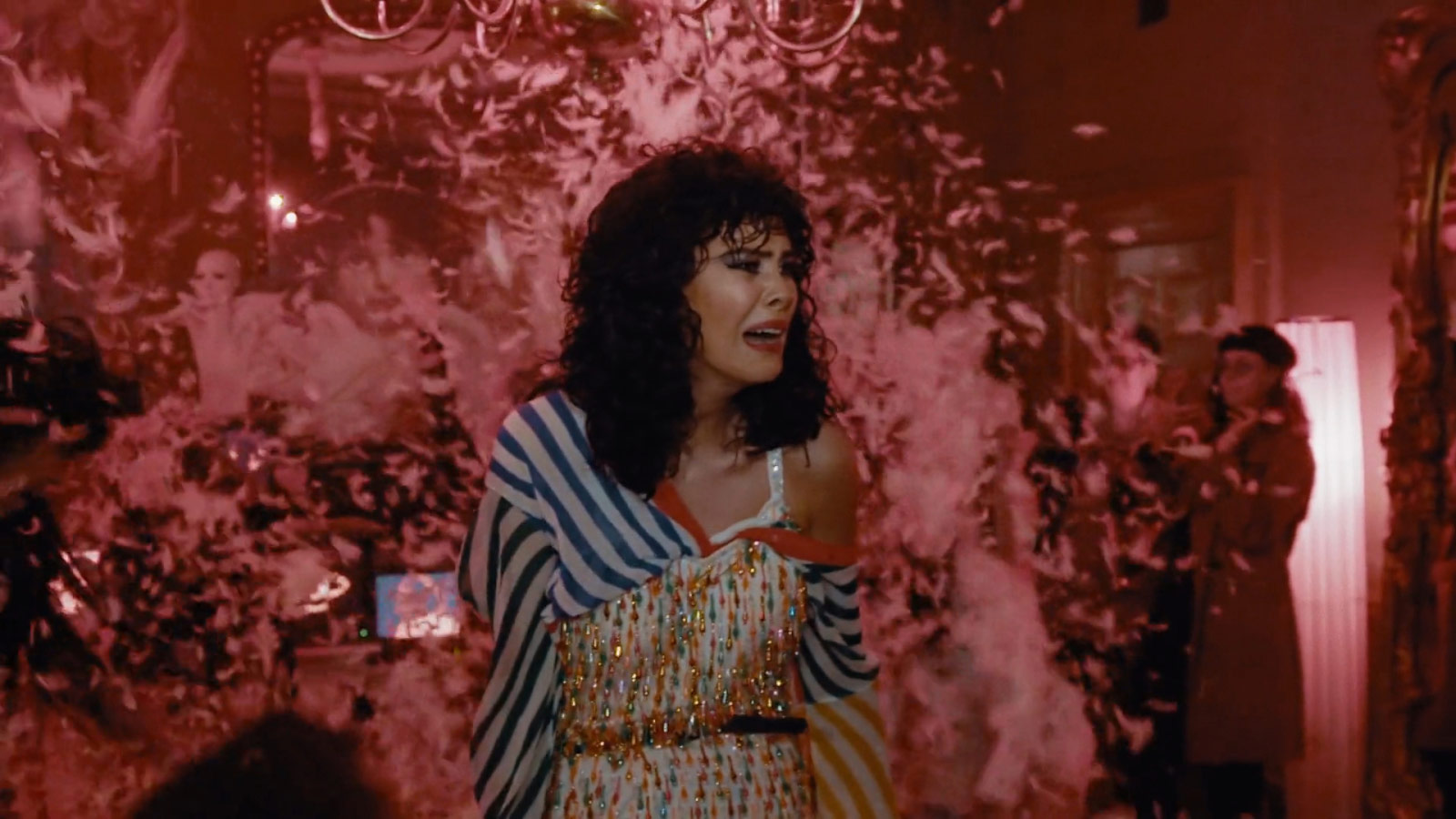 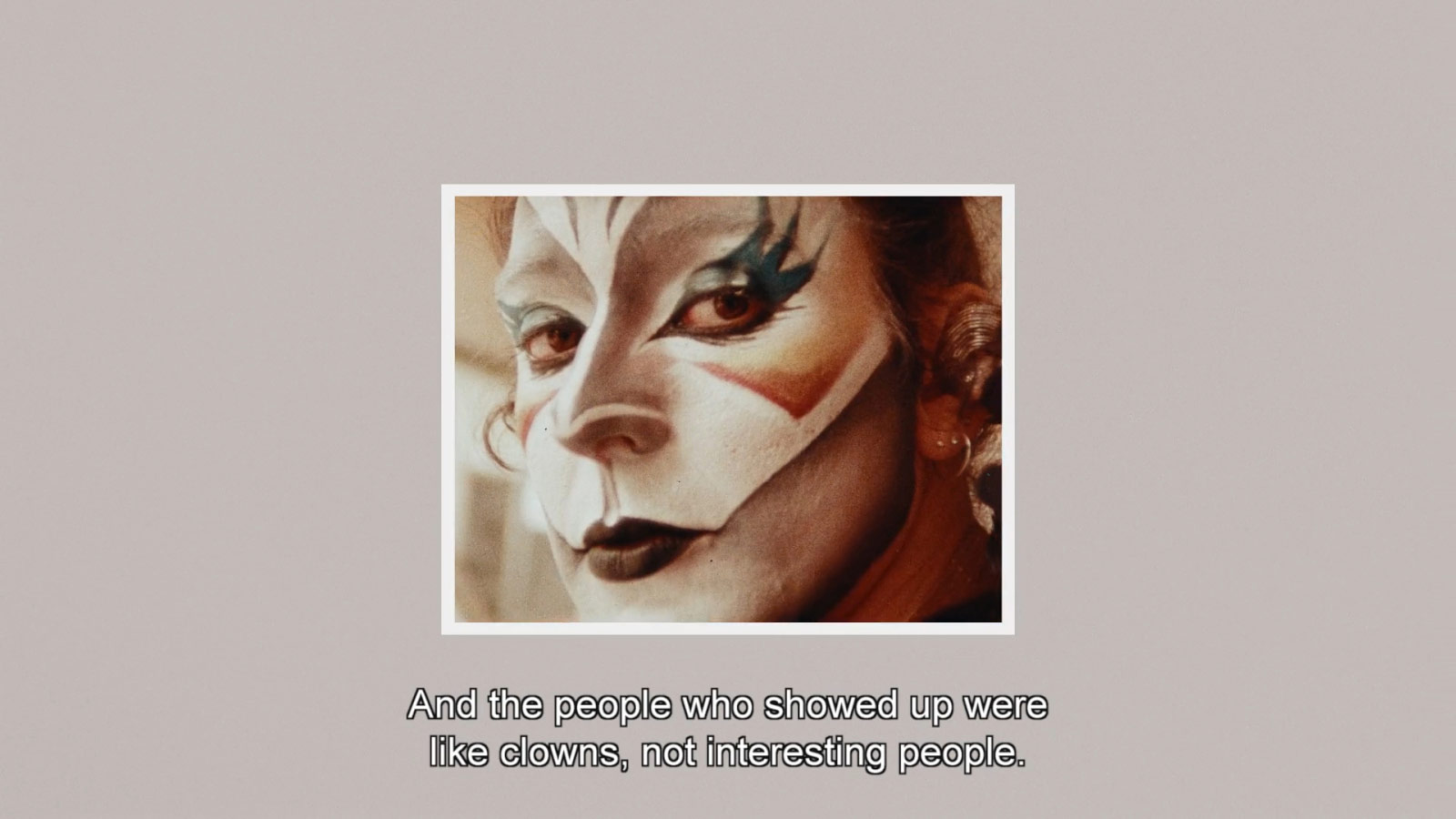 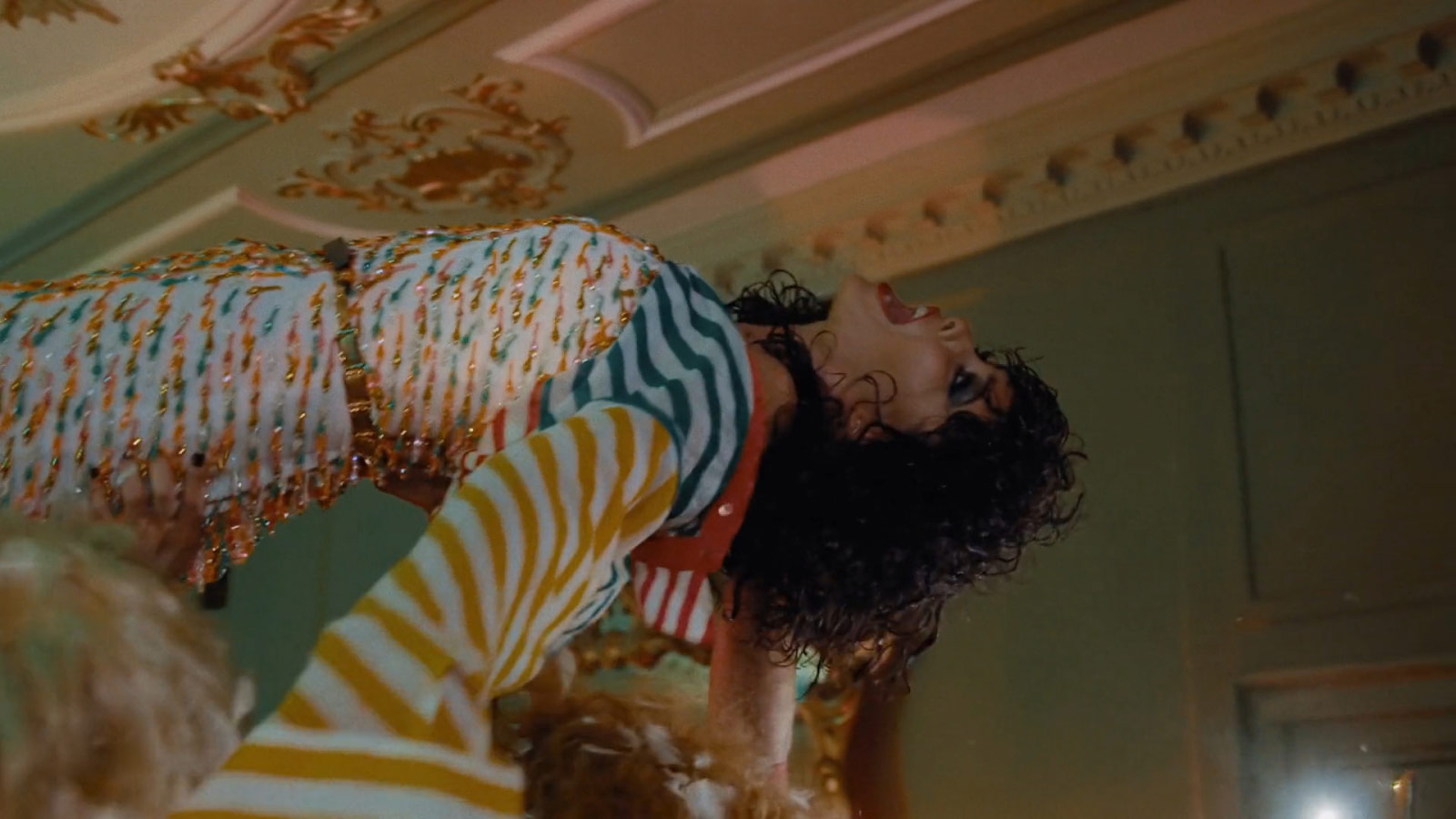 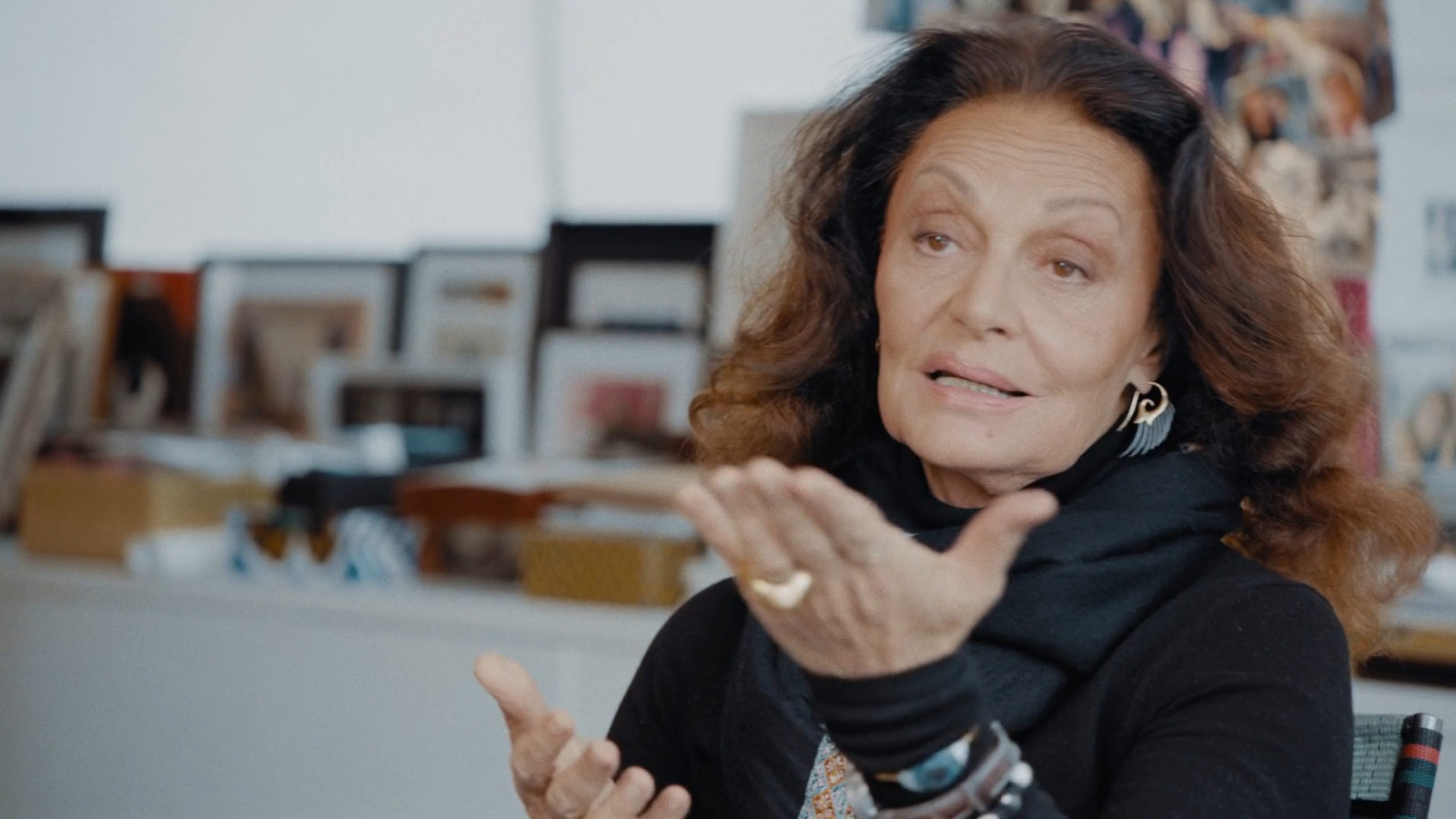 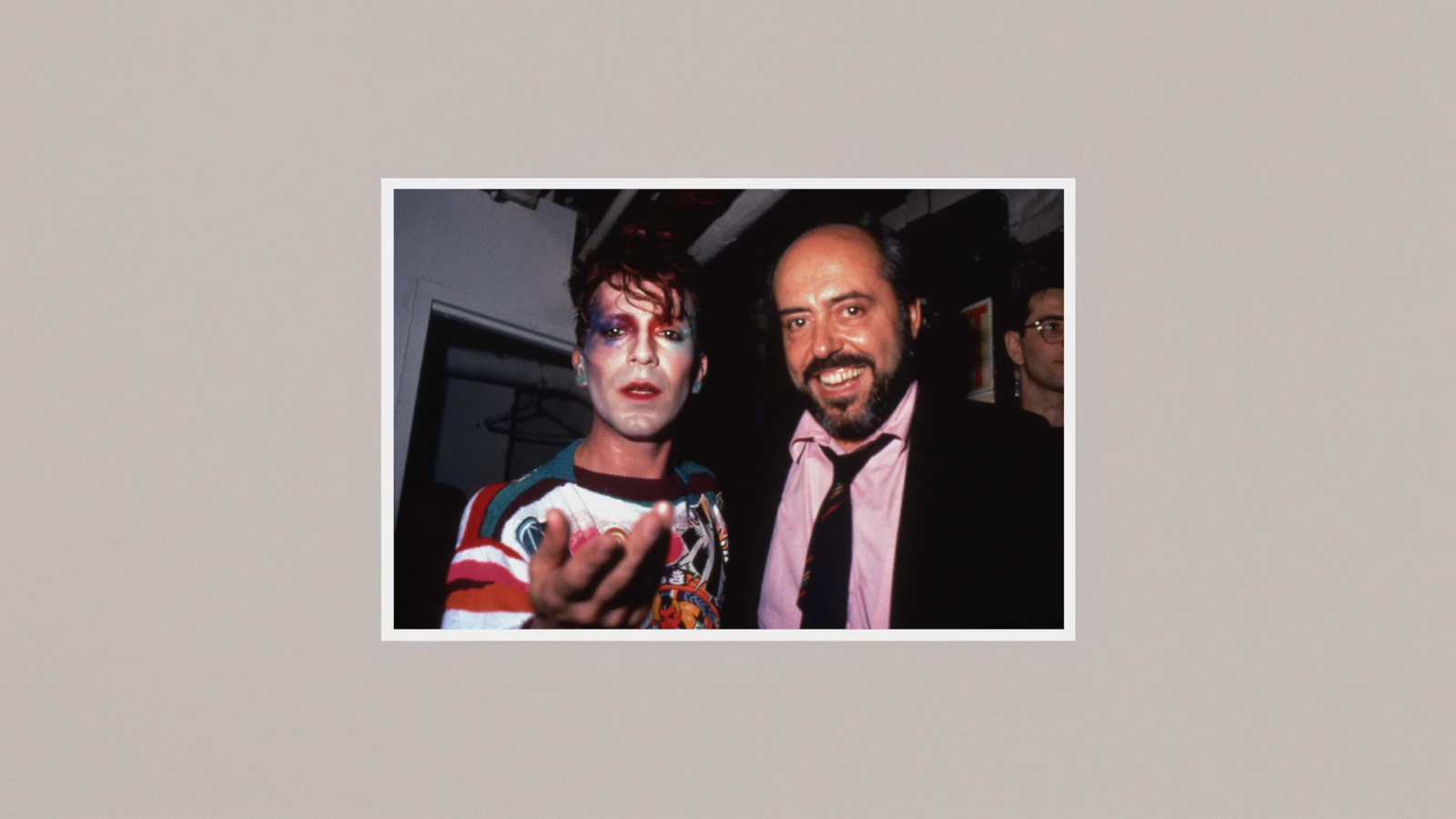 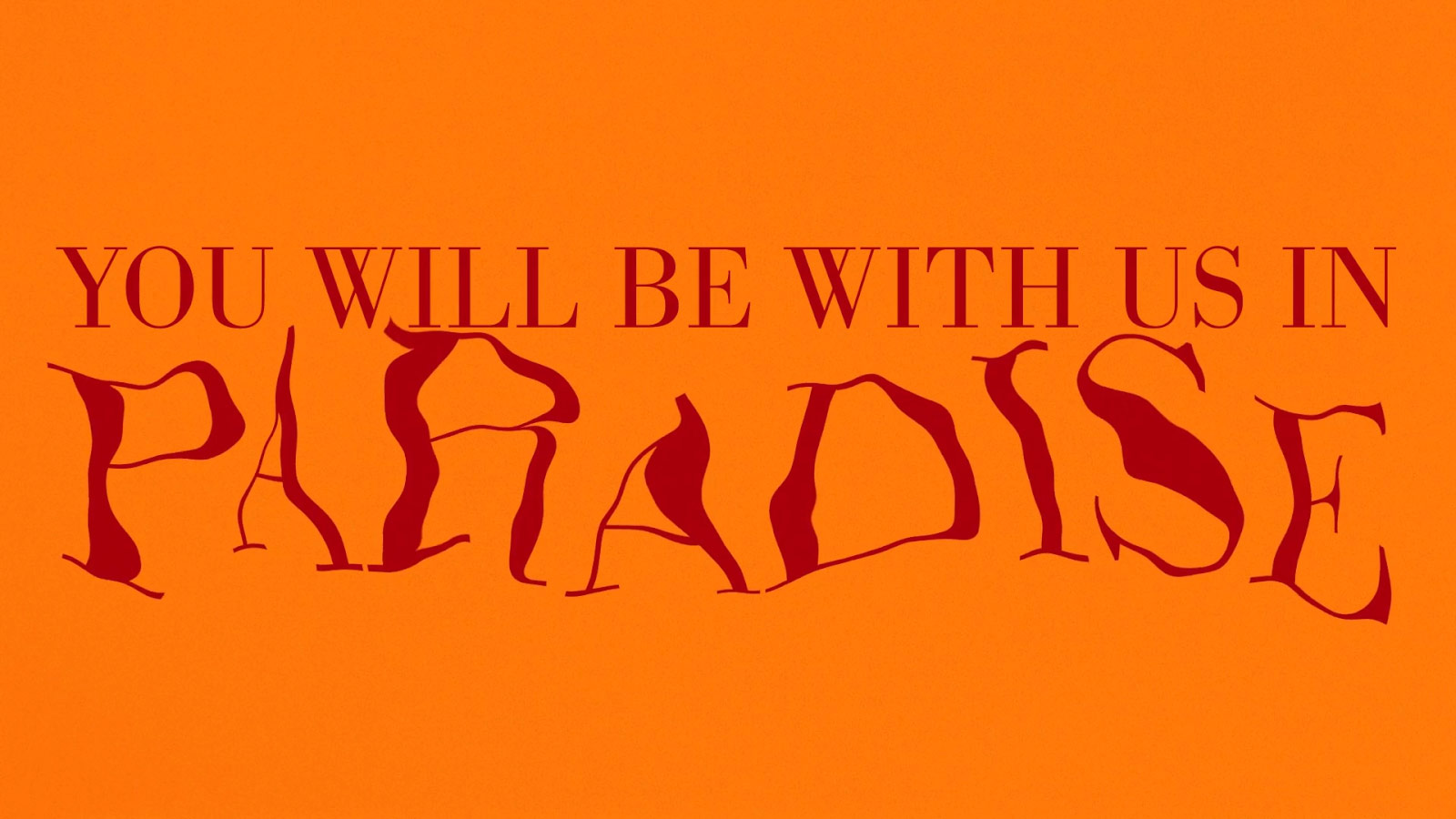