The renaissance of utopias 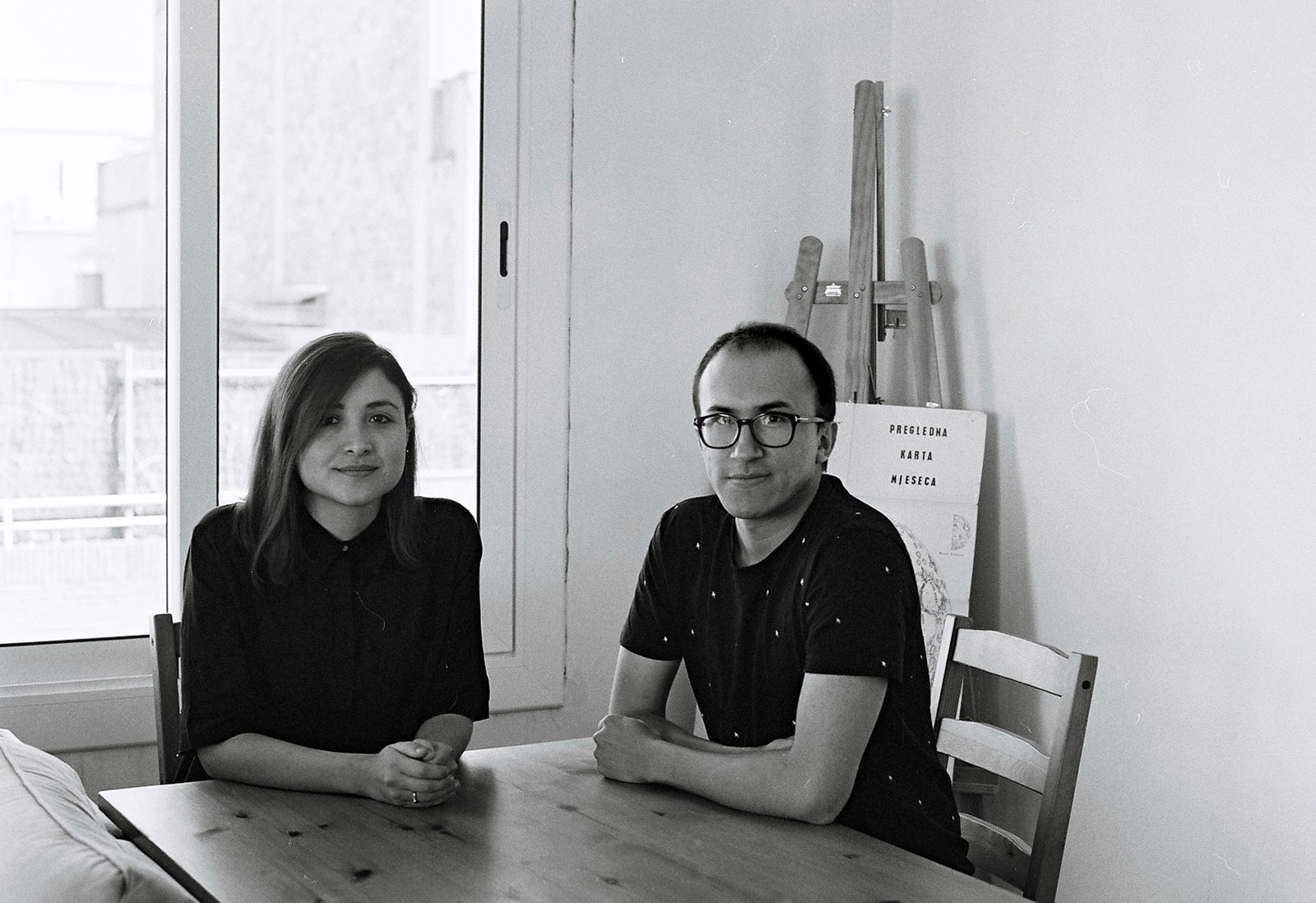 A wave of right-winged politicians, technologies enabling possibilities we never saw coming, a global civilization glued to the screens of phones and computers. I like to believe that, in the future, they’ll refer to us as a time of transition and uncertainty. We feel (and we know) things are changing, yet we still don’t know what this means. There are two ways of looking at current affairs: we can either fall into fear and nihilism, or we can force ourselves to think, try to understand and trust human capacity for innovating. In randomness we trust. Internet Age Media is just that.

IAM was founded by Lucy Rojas and Andrés Colmenares and sprouted from a need for reflection after a youth spent in hectic Bogota, Colombia. Together, they’ve created a platform defining itself as one connecting the futures of media, learning and the arts. They embrace the peculiarities of our time and don’t shy away from using emoticons throughout their communication. IAM is fresh. They search for the new and the daring, culminating in a three-day long festival that contemplates, but mainly celebrates, digital culture in all its possible connotations. For this year’s third edition, the festival will revolve around the concept of ‘utopias’ and their ‘renaissance’, hinting at the 500th anniversary of Thomas More’s like-wisely named novel.
Peculiar, however, is the idea of a future utopian existence in a plural sense, resonating a desire to move away from the Utopia as an unrealistic, nonexistent place, and stressing that everything is still possible in the future, as we can create various scenarios for both ourselves and the world that surrounds us. From today and until the 30th April, over thirty speakers will share their perspective on the matter, spread across five interlinked talk sessions that deal with basically everything that’s post-something: post-contemporary, post-work, post-advertising, post-labels, post-reality. We spoke to Andrés and asked him what to expect of this.
How do you see the future? What’s your personal utopia?
I see various possible futures, wherein (fragmented) utopias and dystopias co-exist. They will reflect the decisions we’re going to make as individuals, as well as those they will collectively make for us in certain contexts, cities and corporations. The future I would like to see is one in which reigns a critical optimism. One where there’s more power for the people in the sense that they imagine the future as something that could be better than the past. The discourse we currently encounter in media is a very apocalyptic one, as if we’re convicted to a future defined by destruction and chaos; one that’ll basically be bad for everyone involved. We propose a more active role from the people when it comes to decision-making, because it will be those decisions that will determine our futures. We want to use the future as a tool, and contemplate how cities, corporations, and others can become better.
How do you transpose this idea when curating the festival?
About one year before the festival we decide on the concept. When we thought of ‘the renaissances of utopias’, we also needed to reflect which perspectives did we want to project exactly, and which themes did we want to investigate. This year we tried to take the conversation a little further than the fields of mass media and the arts, and started thinking about society in all of its abstraction, incorporating themes like the future of work, the perception of time and space, identity, etc. We wanted to include more ambiguous concepts, and, with this process in mind, we identified stories, projects and people that could help us understand the idea of ‘a renaissance of utopias’.
Which speakers are most important to you for this year?
We focus more on themes than we do on specific speakers. We try to perceive the festival as a whole. We wanted to highlight themes that connect media to activism, in particular young people like Amani Al-Khatahtbeh, founder of the publication MuslimGirl.com, who’s challenging the stereotypes that exist about Muslim women in the United States. There’s also people like Vanessa Wruble, who’s one of the founders of the Women’s March, which wants to group and give more visibility to all the American feminist organizations and which ultimately led to global protest. The speakers closing the event are writer/activist Jasmina Tešanović and scientist Bruce Sterling. They will help us analyze historical events that are currently taking place on a global scale.
Zygmunt Bauman was supposed to be the main speaker this year, yet he unfortunately passed away this January. How did Bauman influence you as a platform and as a festival?
His participation was supposed to be of huge importance. He shared many of the values we have as a festival, in particular that of seeing current society as being liquid, and the use of utopias as a tool and link between past and future. We wanted to integrate his thoughts and ideas into IAM as a concept and its celebration of complexity in the Internet culture. I believe his thoughts can really help us have a better understanding of the possibilities, consequences and risks of living in a world that is so hyper-connected.
His death made us realize how ephemeral everything really is. It also made the influence of his work more visible than ever. We saw Bauman come back in the speakers and concepts we’ve invited for this year’s edition. In a way, his passing away made him more present than ever, as if everyone was suddenly reminded of him and his ideas as a critical thinker of the complex reality we live in. We’ve planned some interventions throughout the festival that will serve as a tribute to Bauman, as well as project his documentary called In the Same Boat, which deals with the refugees and post-capitalism. They’re themes that are also present in our event. We want Baumann to be our speaker even though he won’t be there. The goal is to make him even more visible, encouraging people to read what he had to say. I believe that’s the best tribute we could possibly give him.