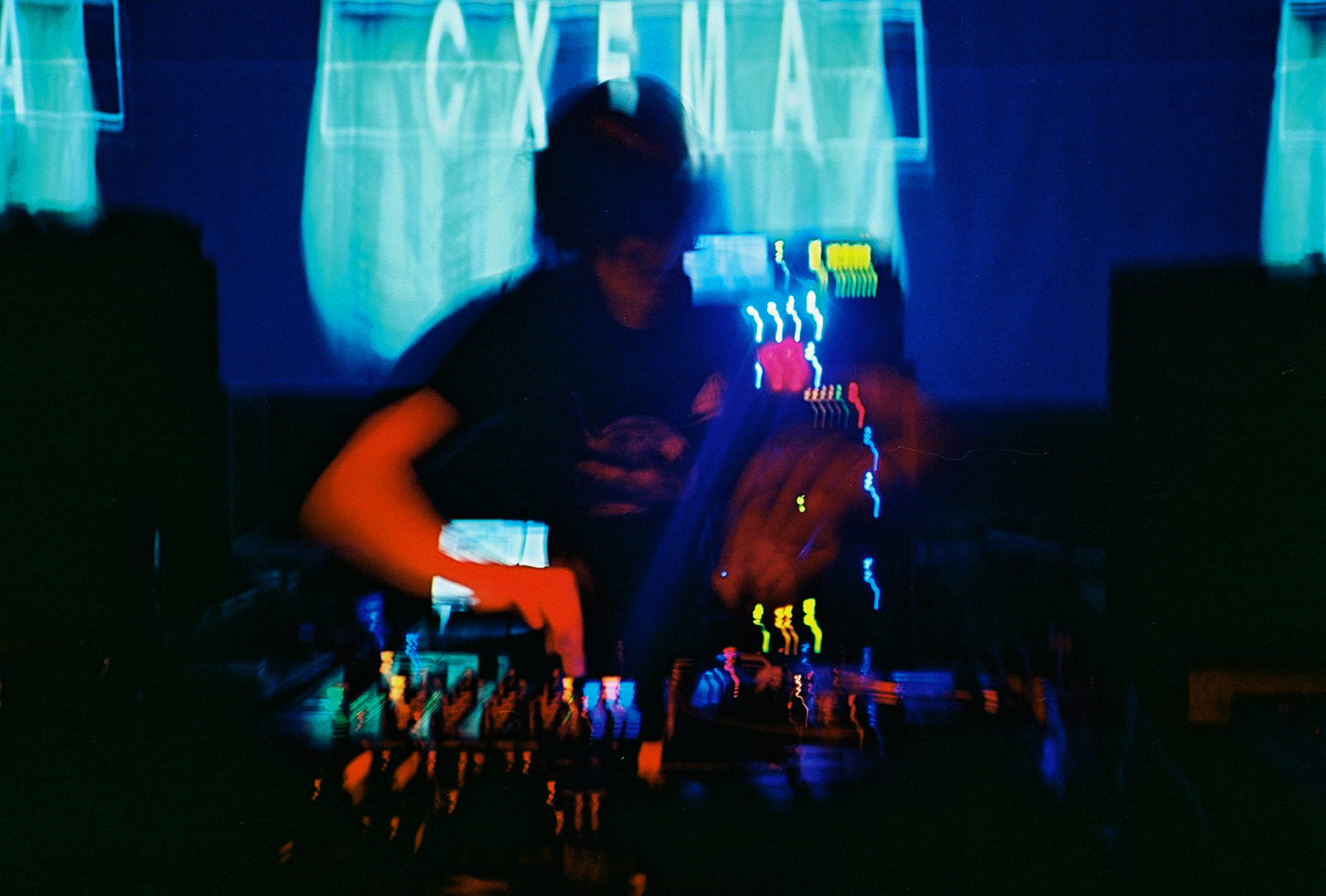 Abandoned factories can be the best party venues, and '90s vintage sport jackets can be the best night outfits. Emerged during politically and economically difficult times in Ukraine, Cxema (pronounced schema) parties represent the new wave of rave culture in Kiev. Photos taken with analogue cameras let you feel it all: post-industrial venue, raw energy, quality sound, obsession with retro style, young kids willing to dance till the sun rises. Cxema's team prove great things can be done with love and passion for music, that’s it. Nazariy Sovsun tells Metal about ideology, the young generation and the hope for the cultural scene's future.
Could you please explain us how did the concept come up? Was it influenced by the political situation in Ukraine, and if so, how?
Surely, the revolutionary context played its role in the emergence of Cxema, even though it’s quite hard to fully define the main drivers. On the one hand, a post-revolutionary economic crisis and the threat of the real war both led to the common confusion and vacuum in Kiev’s cultural and nightlife landscape. Along with other progressive initiatives, we decided to fill this vacuum according to our preferences: spacious dance floors, best local musicians and DJs, quality sound. No wonder it has attracted so much attention, since it’s not the first time rave culture gains popularity and goes viral during crisis of different nature. It has happened in '80s Western Europe, then in '90s post-Soviet society, etc.
On the other hand, from the very beginning Cxema initiated collaborations with Kiev’s cultural medium: architects, designers, artists, art critics. We believe that due to this, Cxema became a self-proclaimed territory, a scene where different young creatives meet and communicate. They have total freedom, and at least retroactively we can see an ideological reference to Ukrainian Maidan.
Where is the name coming from?
When the correct word for a certain project finally appears in your head, you realize that it combines not even one or two, but the whole bunch of contradictory concepts connected to the initial idea. For instance, the word Cxema (‘scheme’ in Ukrainian) perfectly describes the process of detailed planning and event organization, which falls into place during the party. Or, on the contrary, the word reflects our attraction to simplicity. We feel that any kind of creative excess or extravagance is inappropriate and alien for us. Besides, there are some cultural connotations impossible to translate – ‘scheme’ could mean gamble, which is somehow what this whole idea with huge techno-parties in Kiev is. 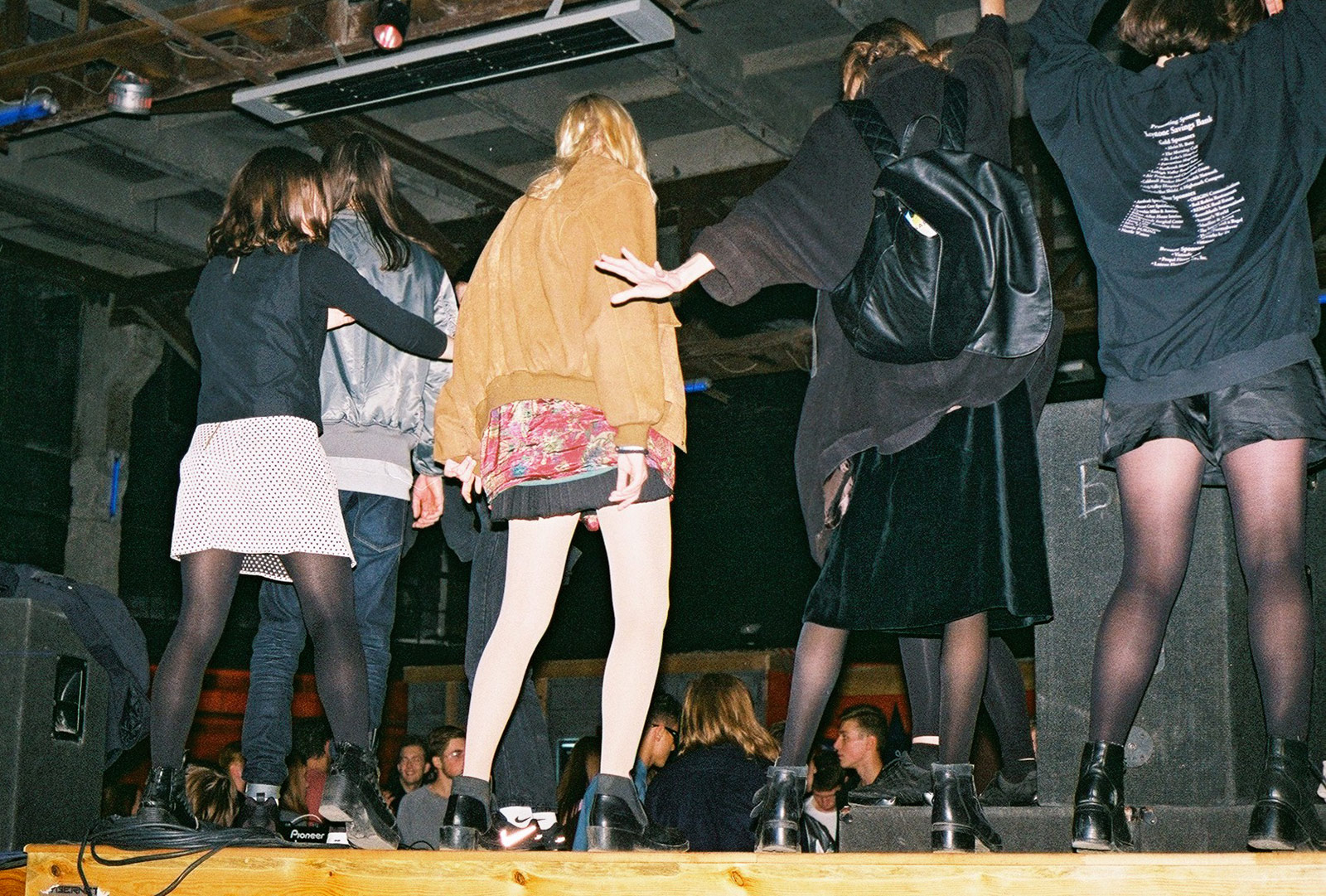 How would you describe Cxema’s audience? Who are they, what are their desires?
Our audience has mostly been formed by young progressive people between 16 and 30, a cultural vanguard. I remember how Slava (Slava Lepsheev, DJ and promoter, is the founder of Cxema) went to different events giving away flyers to friends, friends of friends, people he personally liked. It was a way to gather our own community. Today, more than thousand visitors party with Cxema, amongst them, not every face looks familiar. But they all want the same: to chat, to meet people, dance till the early morning beneath the steep columns.
Do you think Kiev’s underground community was waiting for this format to appear?
Back to when we started, it felt as if there was a keen demand for massive events like Cxema. Till the current time, neither we nor any other initiative had satisfied this demand completely, and large-scale events are still lacking. However, this situation drives the competition for us, and such atmosphere ventures like Strichka, Nextsound, Closer, 56, etc., are interested in mutual growth, new projects are ready to work together and exchange gained experiences.
Was there any criticism you’ve met that prevented the organization?
In order to have more or less expert criticism, we need new media sources in Ukraine, because so far there is no such platform where professional opinions can be expressed. We have to go to different specialists of the area and ask for the feedback, ask them to point on our mistakes. For Ukrainian media, the whole topic of Kiev’s nightlife seems to remain unnoticed at the moment, maybe even irrelevant. And this shows how conservative Ukrainian society still is – it creates the biggest barriers at all levels. For example, let’s say we found some great space for the rave – quite often, we’re not able to persuade the owner to rent it, as if we were carrying some kind of danger. Especially considering all this moral panic with drugs and night leisure. We might have even more problems in future, not to mention a direct threat to become another scapegoat for the Department of Combating Drug-Related (as it happened with club Closer).
"The ultimate challenge is to help the post-Soviet citizen to solve important problems of self-identification."
How does Cxema influence the life and tastes of the young generation, so-called club kids?
I think there is no such thing as club kids right now, as there are not many clubs. But fair enough, there is a noticeable feeling that local teenagers grow up to the sounds of techno, and the number of rave culture’s followers in the capital increases. I should say, forming an audience and working on its expansion is not the only contribution to the urban culture as a whole. Cxema hosts its events in a variety of places across post-industrial Kiev (garages, factories, river bank, old cinema pavilion next to the cemetery...), working and respecting the specifics of each, and ultimately it makes changes in the citizens’ perception. In 20 years of independence, industrial cities became alien to its habitants due to a mismatch with the capitalist system. That is why people prefer tastelessness over the constructivist simplicity of lines, which causes implicit disgust. Cxema and other projects consider local characteristics and, I believe, work on dispelling those fears. The ultimate challenge is to help the post-Soviet citizen to solve important problems of self-identification.
Who is responsible for booking the artists? Do you plan on inviting foreign talents in future?
For the moment Slavik is completely responsible for this area, and I think Cxema helped him to evolve into an amazing music curator with his own understanding of what the dramaturge of the event should be. Besides these moments, we feel it’s essential to focus on the local scene, where we choose experienced and favorable DJs and musicians, constantly looking for new names. We don’t mind inviting desirable foreign artists in future, however right now there are no resources to do so.
If you had all the resources, what do you think of launching the project abroad? Let’s say, in cities like Berlin or London.
If we can fantasize a little, of course we are interested in expanding our project, representing it in the West. But it’s not about a new channel, format or something, it's more about organizing occasional Cxema events in different cities of Europe and the States. It could be not only an opportunity for the local electronic scene, but also a chance to introduce Kiev to the club tourists from all over the world, and this city is really worth it. 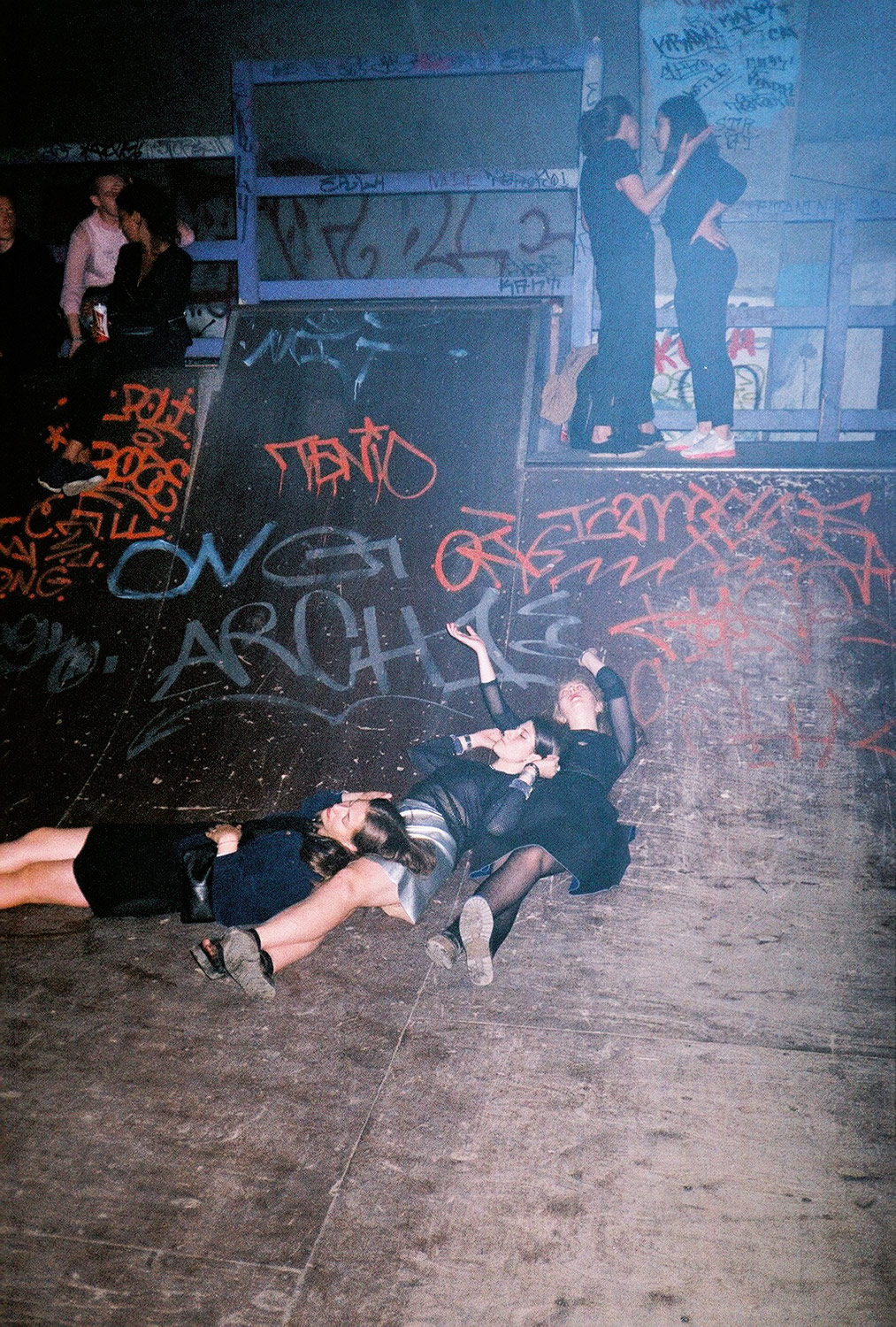 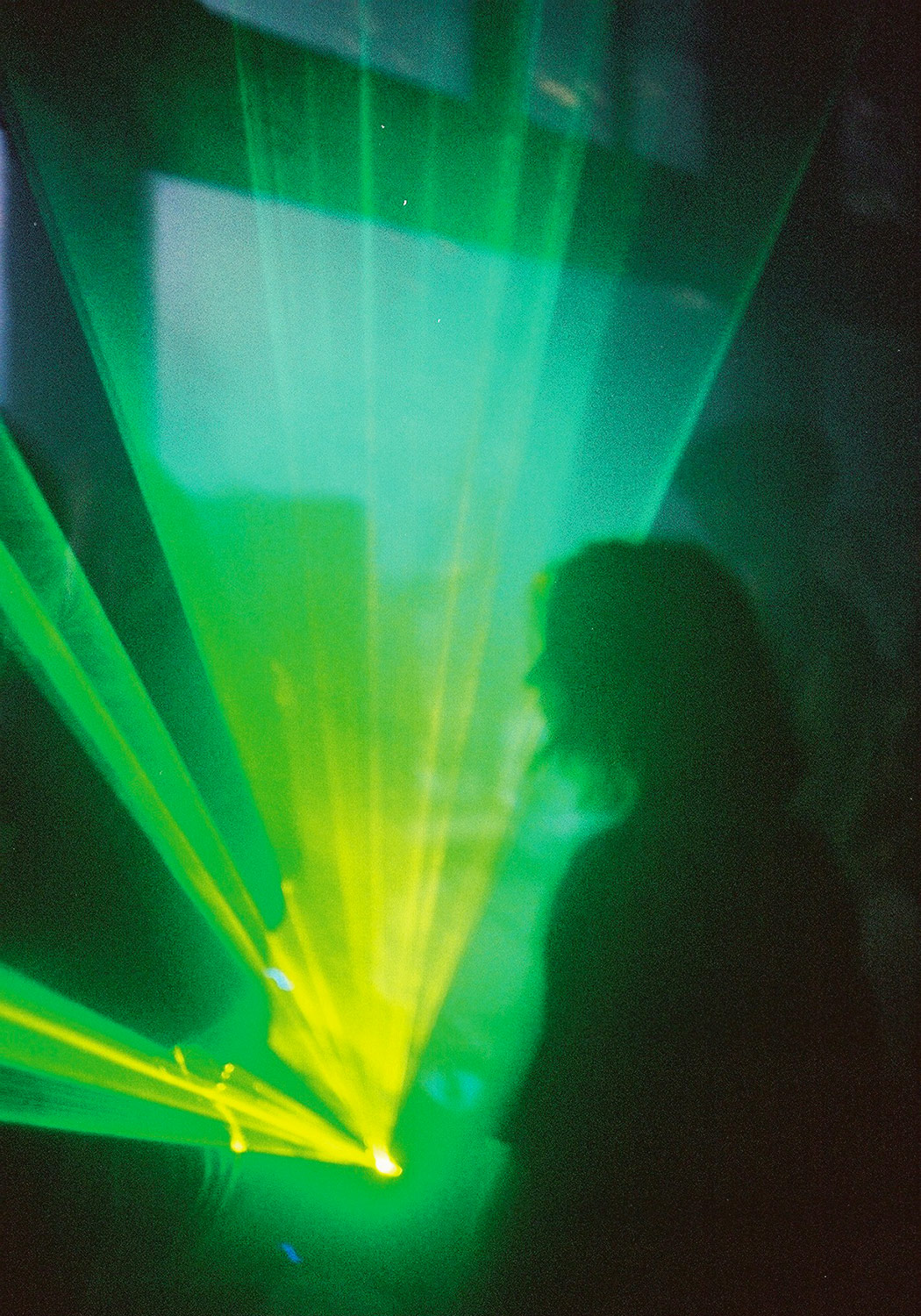 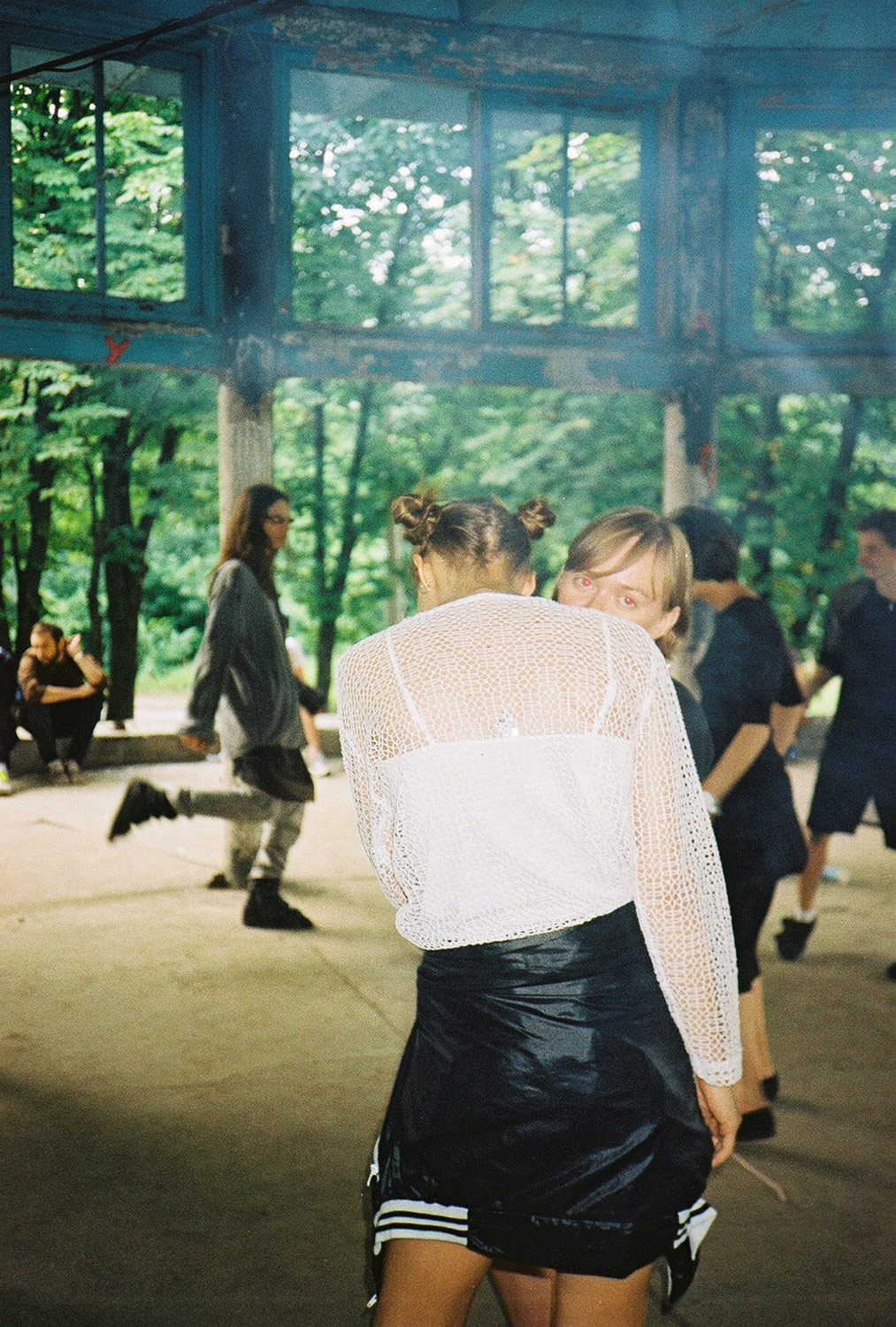 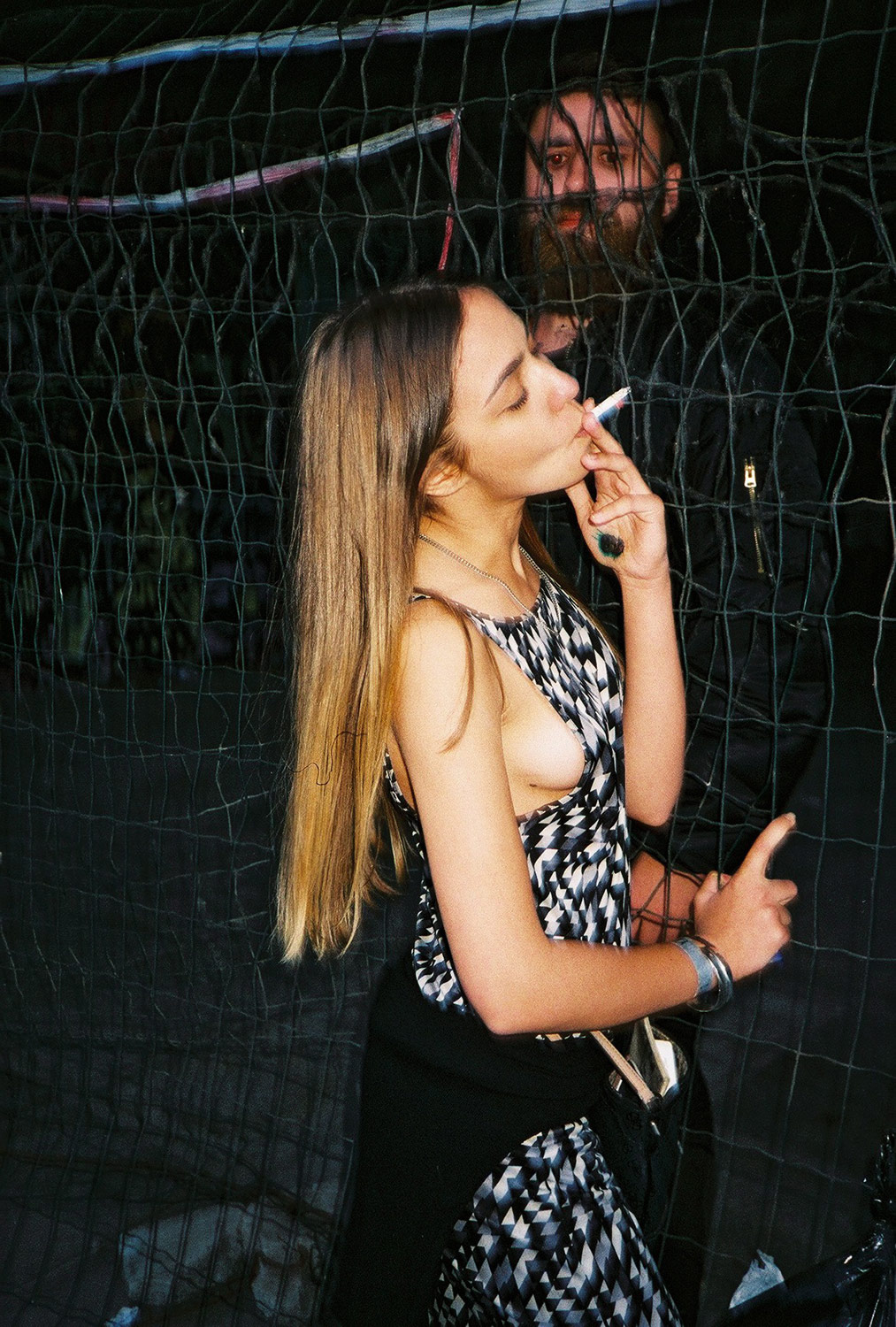 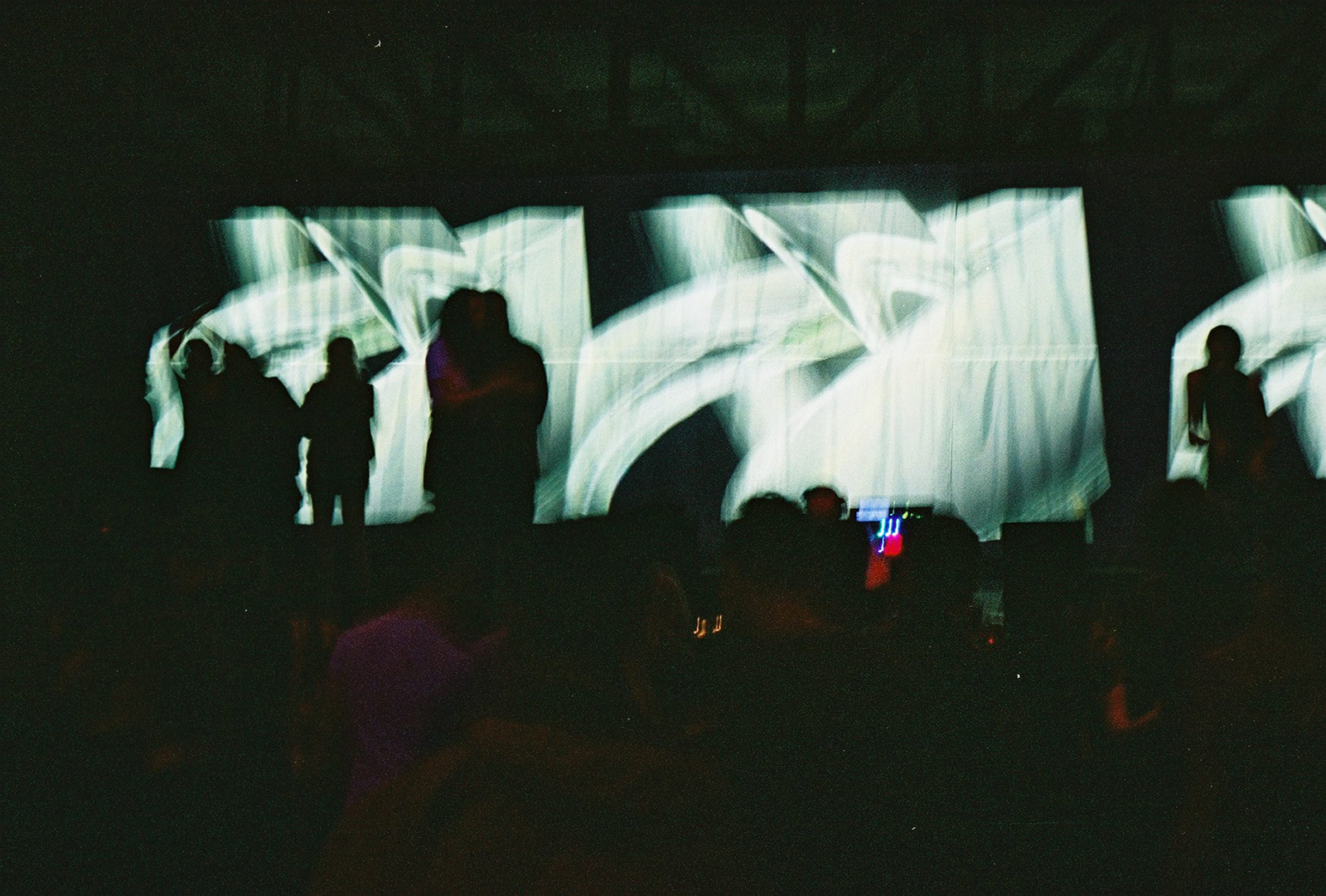 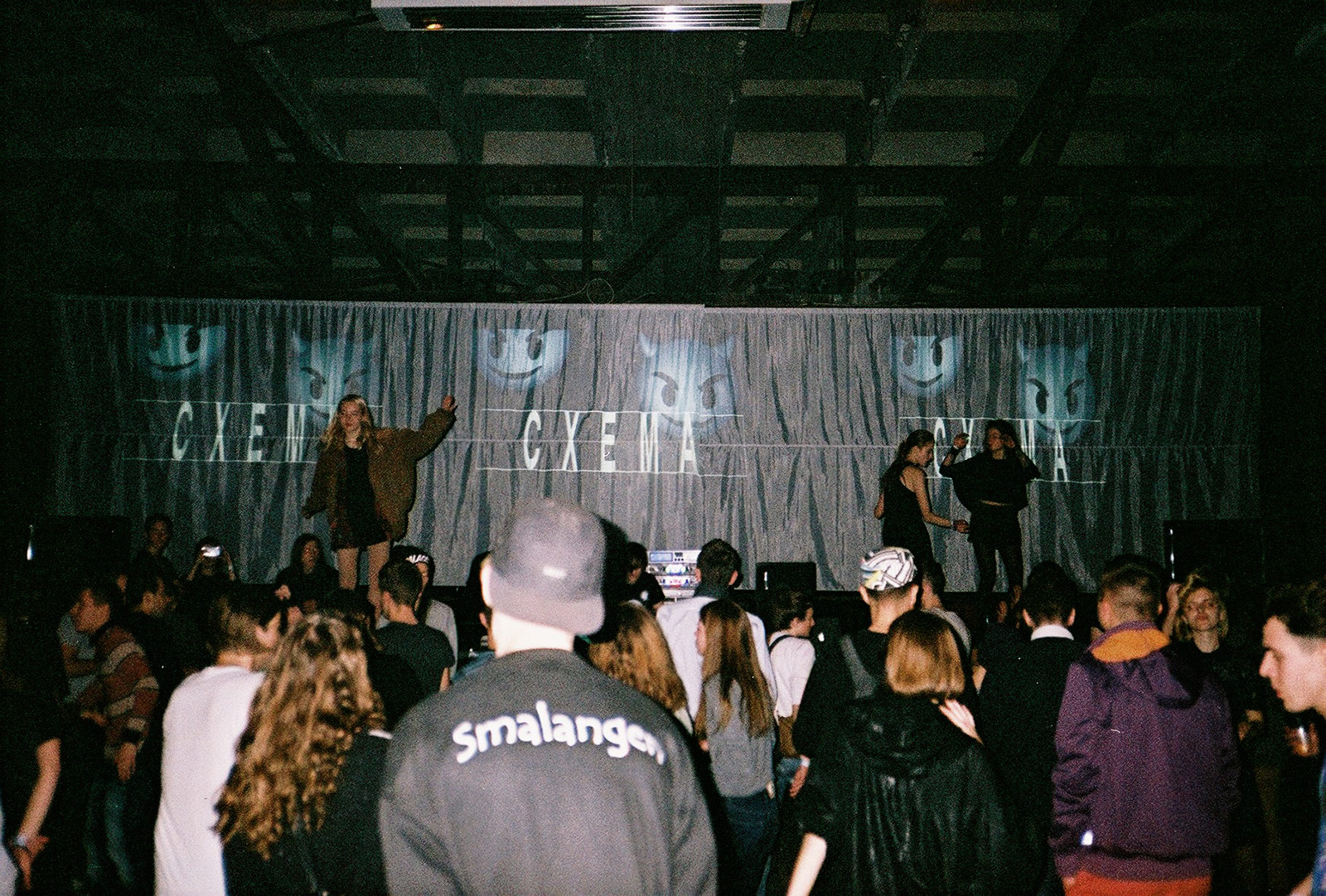 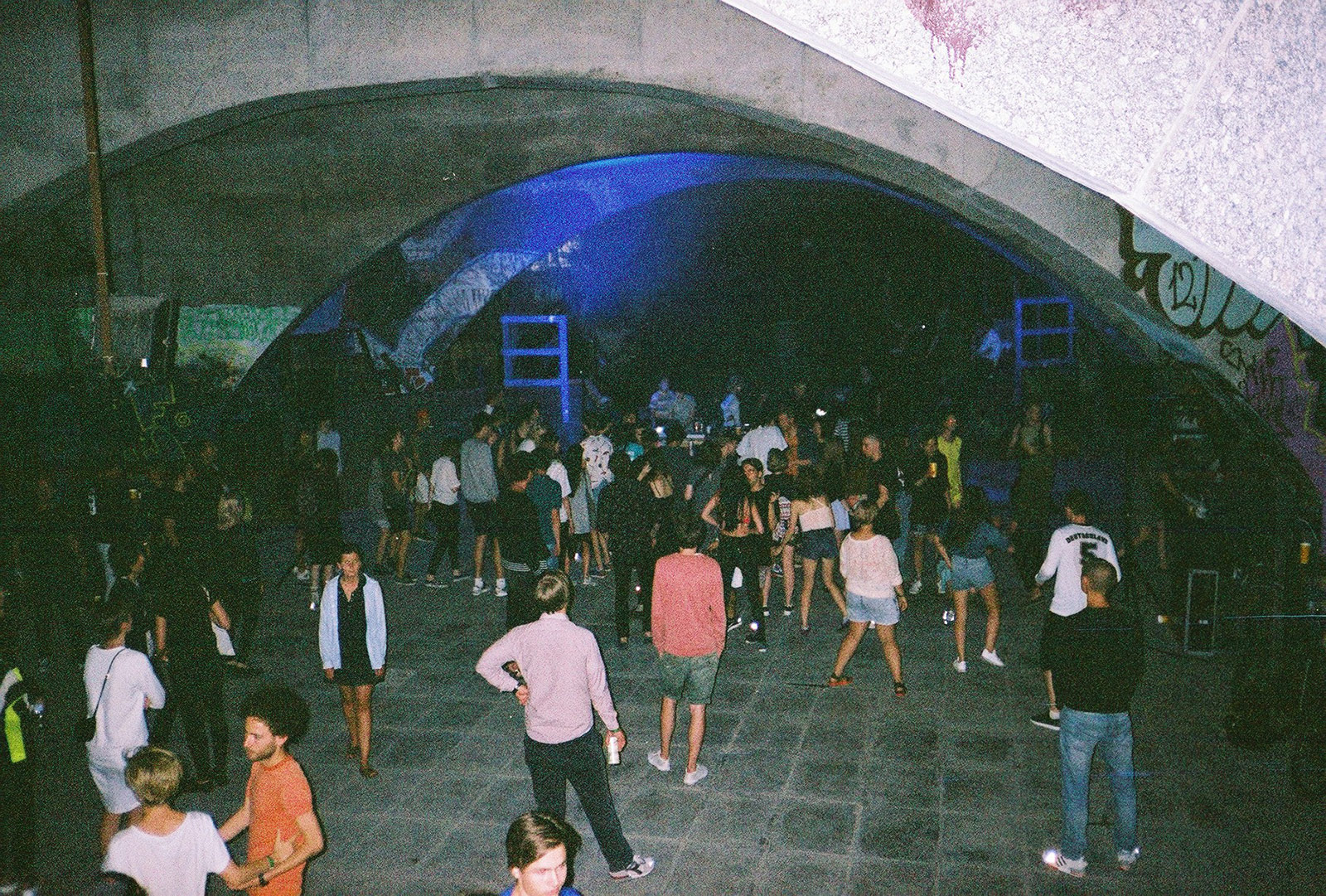 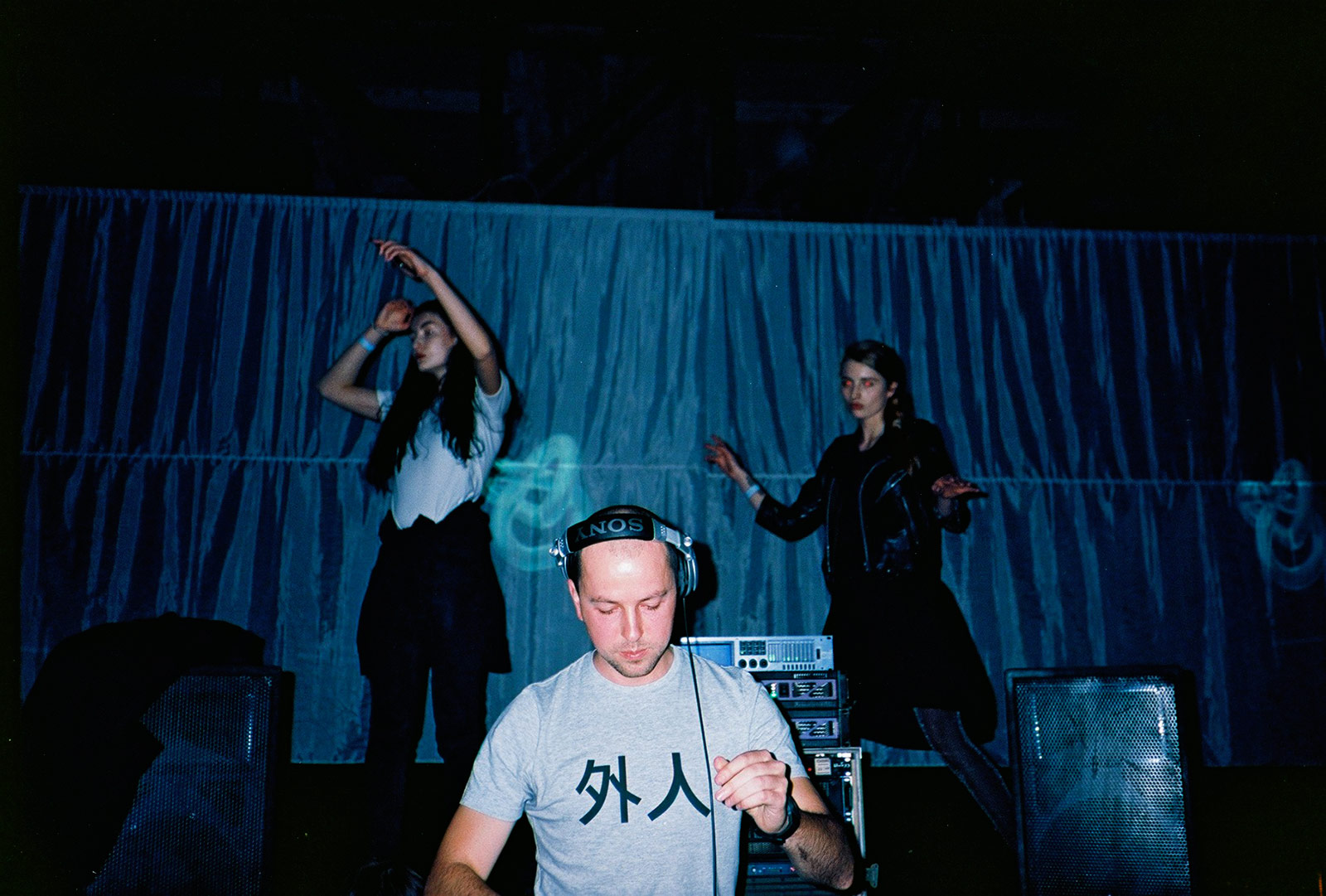 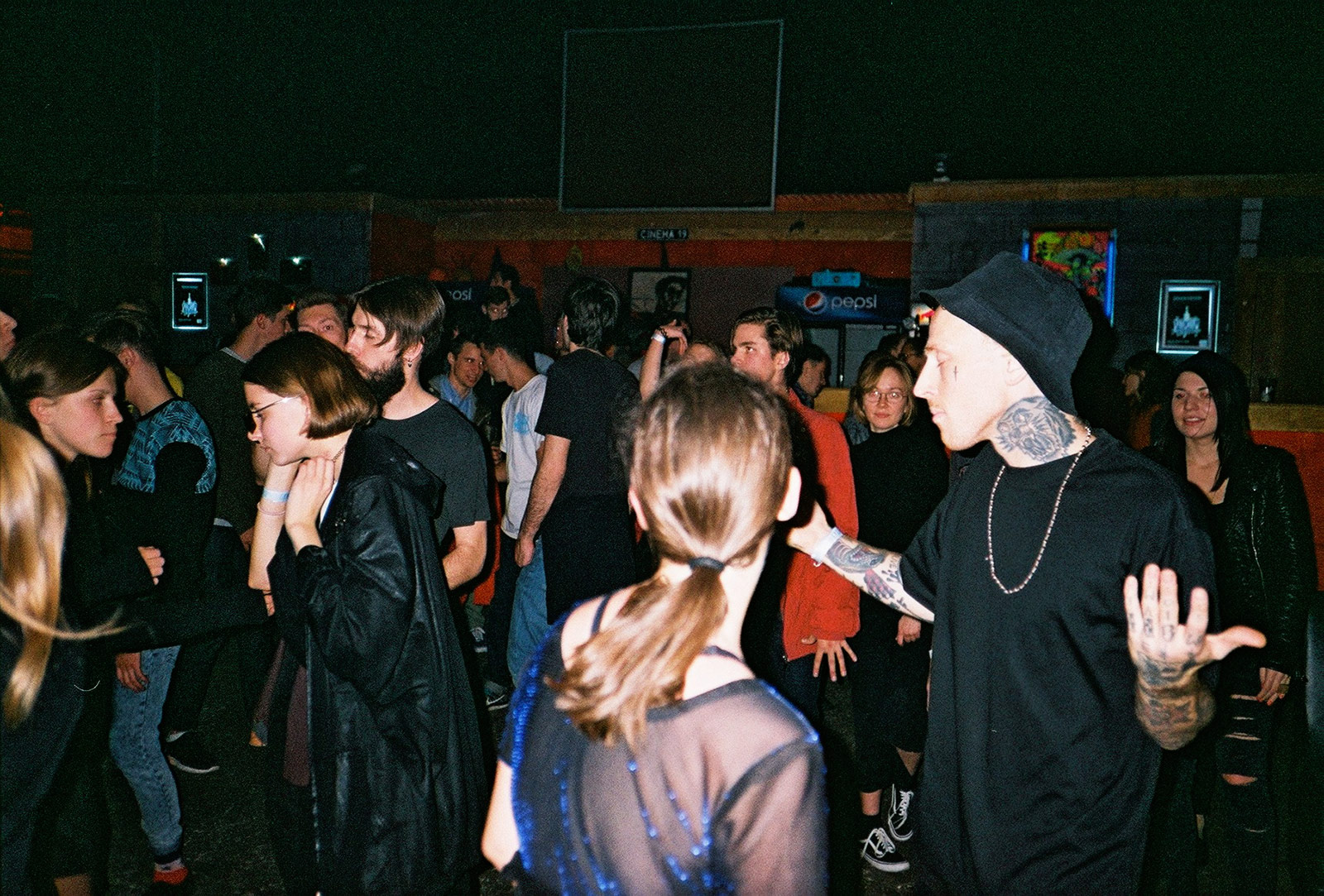