Navigating a path between ‘Tourist’ and ‘Purist’ 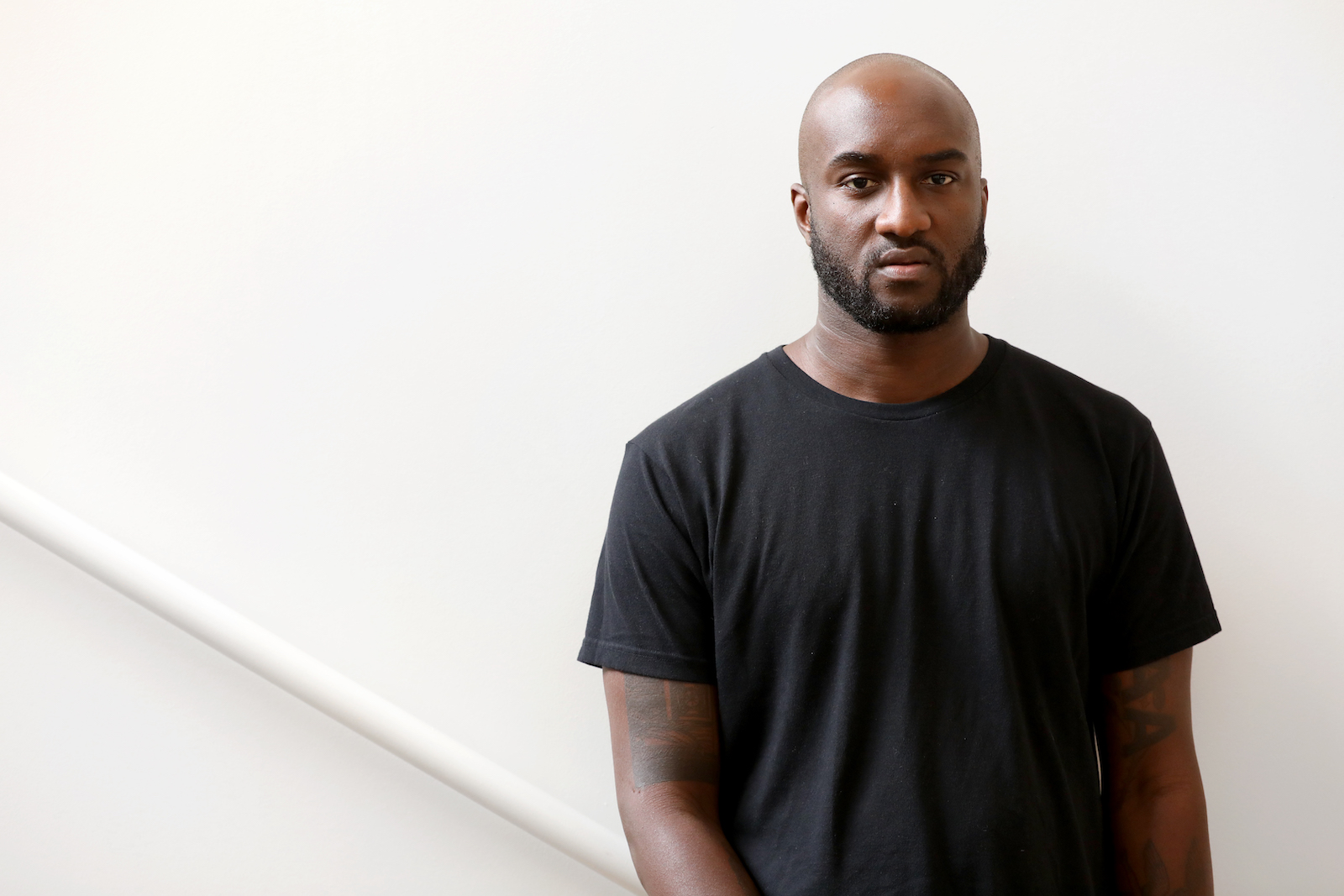 Virgil Abloh; fashion designer, DJ and visual artist extraordinaire has returned to Chicago for his expansive exhibition Figures of Speech in the Museum of Contemporary Art (MCA), closing on the 22nd of September. Curated by MCA Chief Curator Michael Darling, the collection covers Abloh’s unwavering preoccupation with reinvention and innovation. The twenty-year survey shows, as Alboh states himself, “how I am constantly looking for a new way to transform myself from consumer to provider, navigating a path between ‘Tourist’ and ‘Purist’, and between the literal and the figurative.”
The exhibition’s immersive space was designed by AMO director Samir Bantal and focuses on Abloh’s exhaustive creative process and collaborative work. His art, however, is not confined within the gallery’s four walls, but is also pasted on the front of the museum in ten-foot-tall white letters saying ‘City Hall’, a testament to his love of word-play and his redefinition of what is elite and what is public; a recurring theme in his work.
Around Chicago, his graphic artworks are dotted around the urban landscape, a tribute to one of his biggest influences, streetwear culture. As one of the first leading designers to bring trainers and hoodies to the catwalk, it’s only fitting that his exhibition pay homage to colourful, everyday city life as well as the high culture, white-wall confines of the gallery. 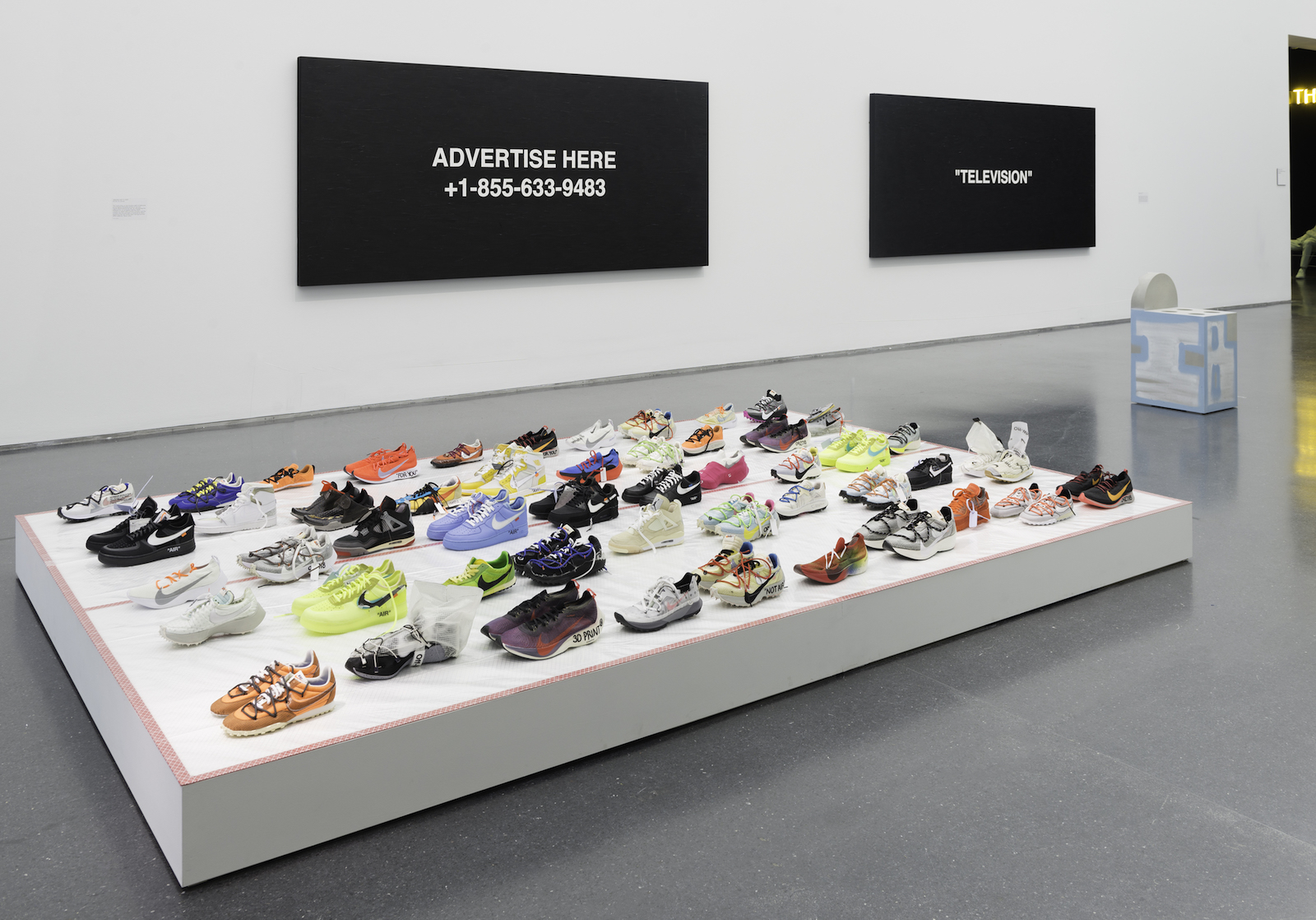 Best known as Louis Vuitton’s first African-American artistic director and pioneering rebel against the mainstream in high fashion, Abloh’s garment collection on display is exemplary of his defiance of the traditional. In an industry traditionally governed by white men, his brand Off-White (launched in 2013) is representative of a post-racial reality as exhibited by the black and white stripes that is the company’s signature.
In 2012, he inaugurated the brand Pyrex Vision, ‘Pyrex’ being the glassware used in home drug labs. For these garments, he combined fine art visual references – from Caravaggio to represent the classical and Giorgio de Chirico to represent the surreal – printed on mass-produced sweatshirts and plaid shirts alongside screen-printed coded graphics that, like the title, honour disadvantaged youth.
For Abloh, music and visual art (including fashion) go hand in hand. His career was kick-started by his work for the then emerging Kanye West, for whom he worked as creative director for over a decade. The Music section of the exhibition includes a large-scale version of the album art for West’s Yeezus (2013), designed by Abloh, as well as a unique, transparent DJM and CDJ turntable. Transparency as representative of identity is a motif that Abloh has returned to as evident in his see-through suitcase designed in collaboration with Rimowa, which is also on display. This is evidence of his architectural schooling and inspiration from modernist architect Ludwig Mies van der Rohe. 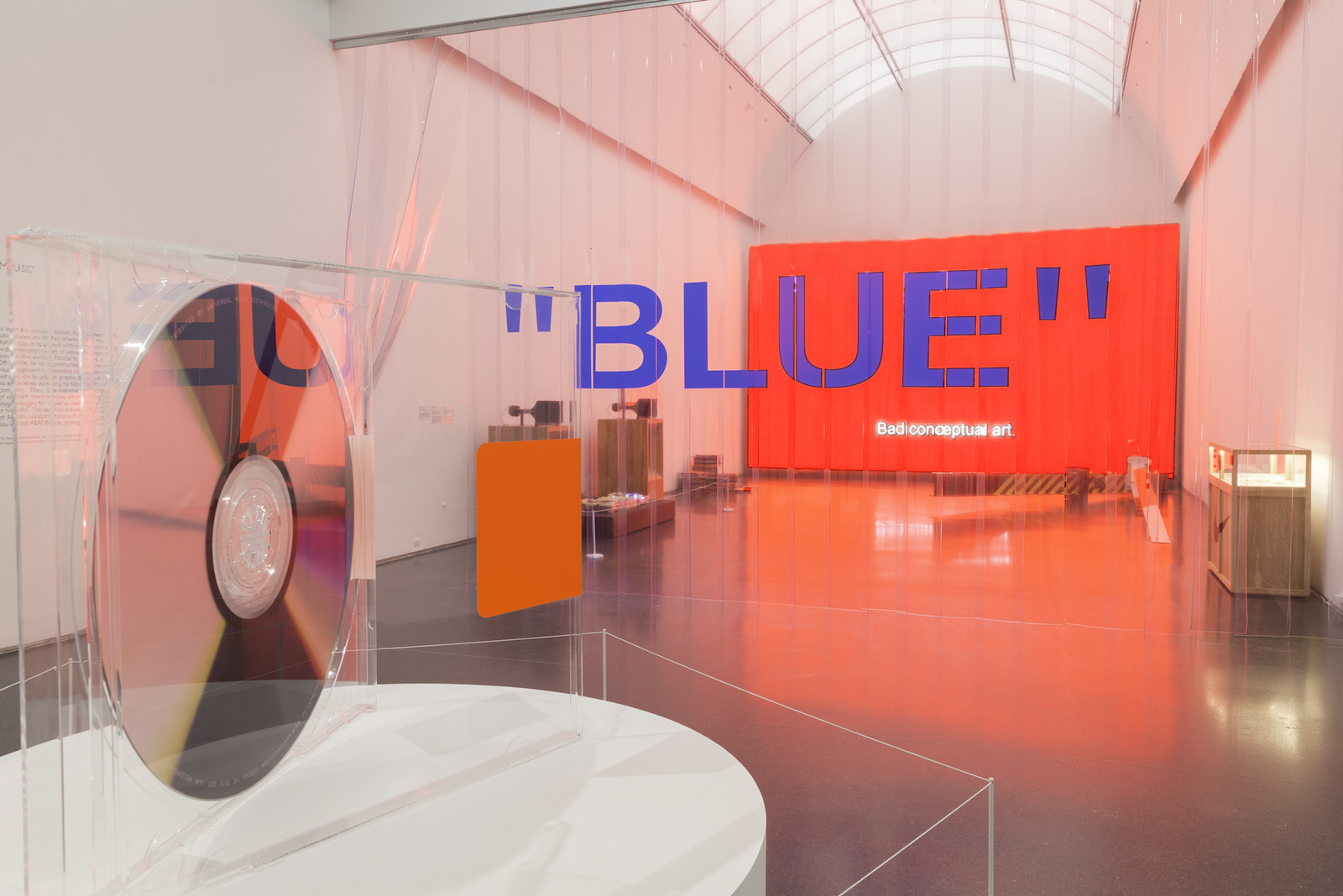 The exhibition also features Abloh’s architecture, furniture, painting, sculpture and shoe design, focusing not only on the finished products but the prototypes and visual representation of his artistic process. Exemplary of this is a pile of furniture prototypes that Abloh has experimented with in a bid to revamp old, familiar design and produce something unorthodox and fresh.
In Figures of Speech, Abloh’s fifty-foot-tall, flag-polled request that his audience ‘Question Everything’ is a figure of speech that defines the collection and his ethos as an artist. In his rejection of convention, Abloh deconstructs the status quo from the inside out, only to reconstruct it on his own terms.
The exhibition Figures of Speech by Virgil Abloh is on view until September 22 at the MCA, 220 E Chicago Ave, Chicago. 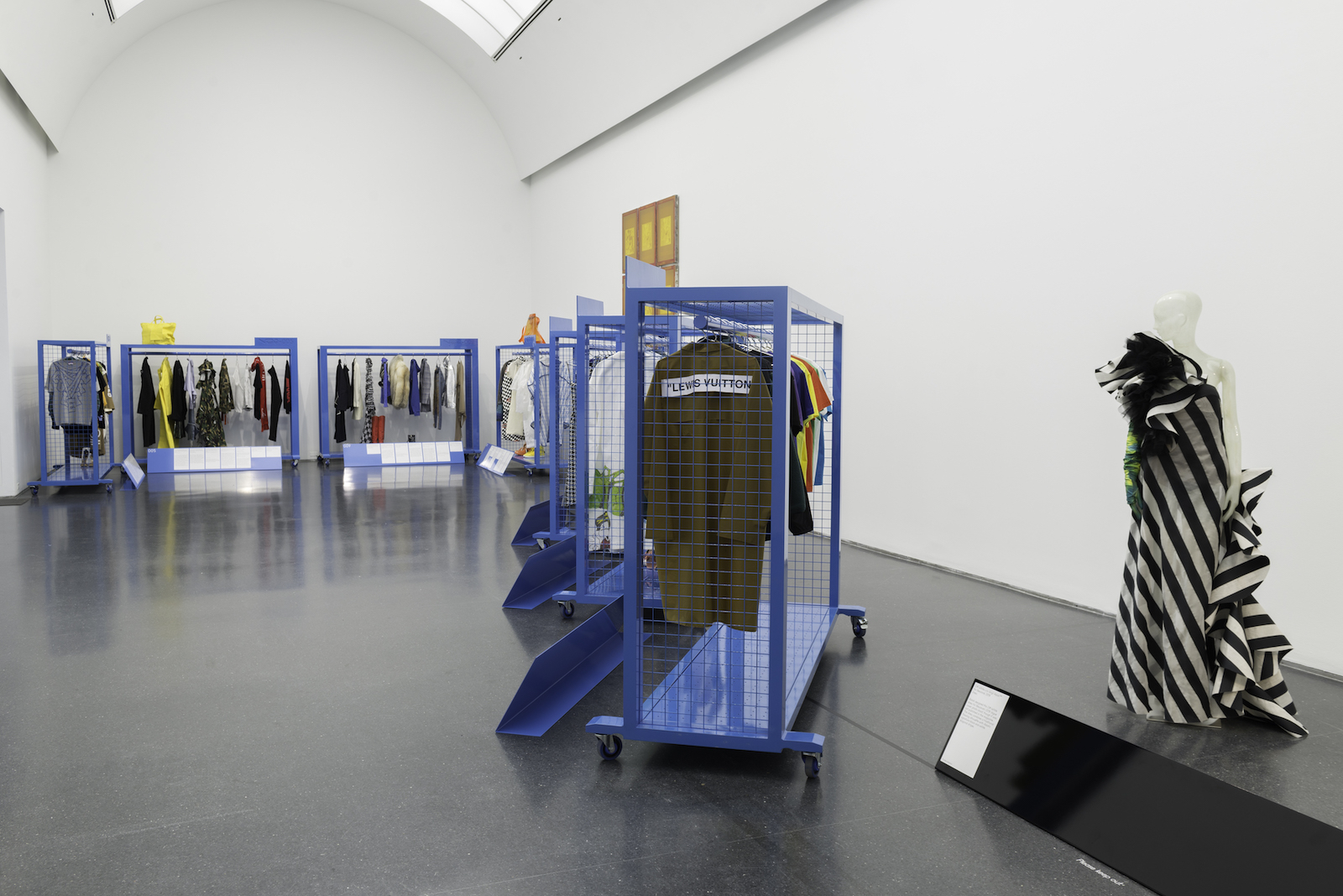 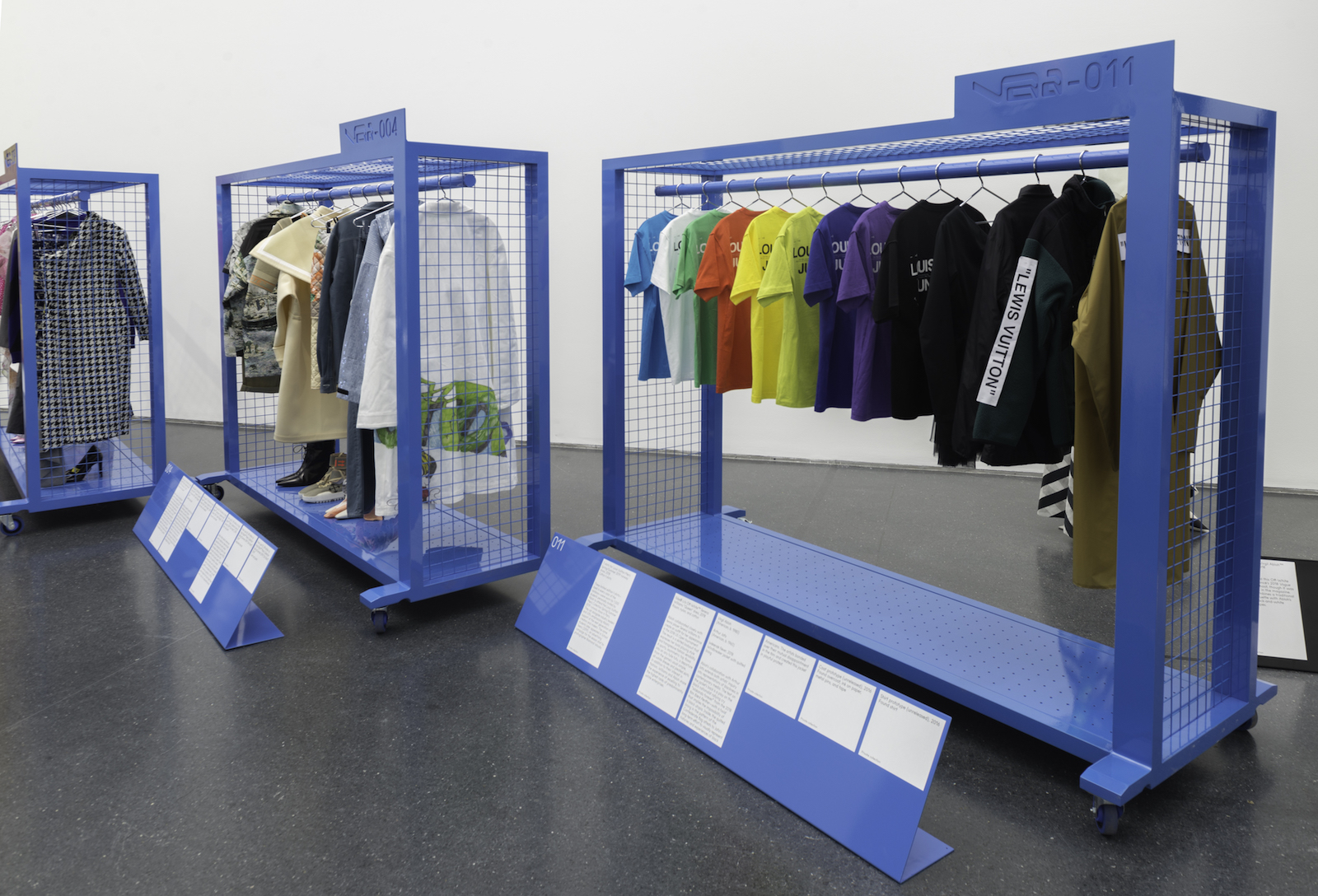 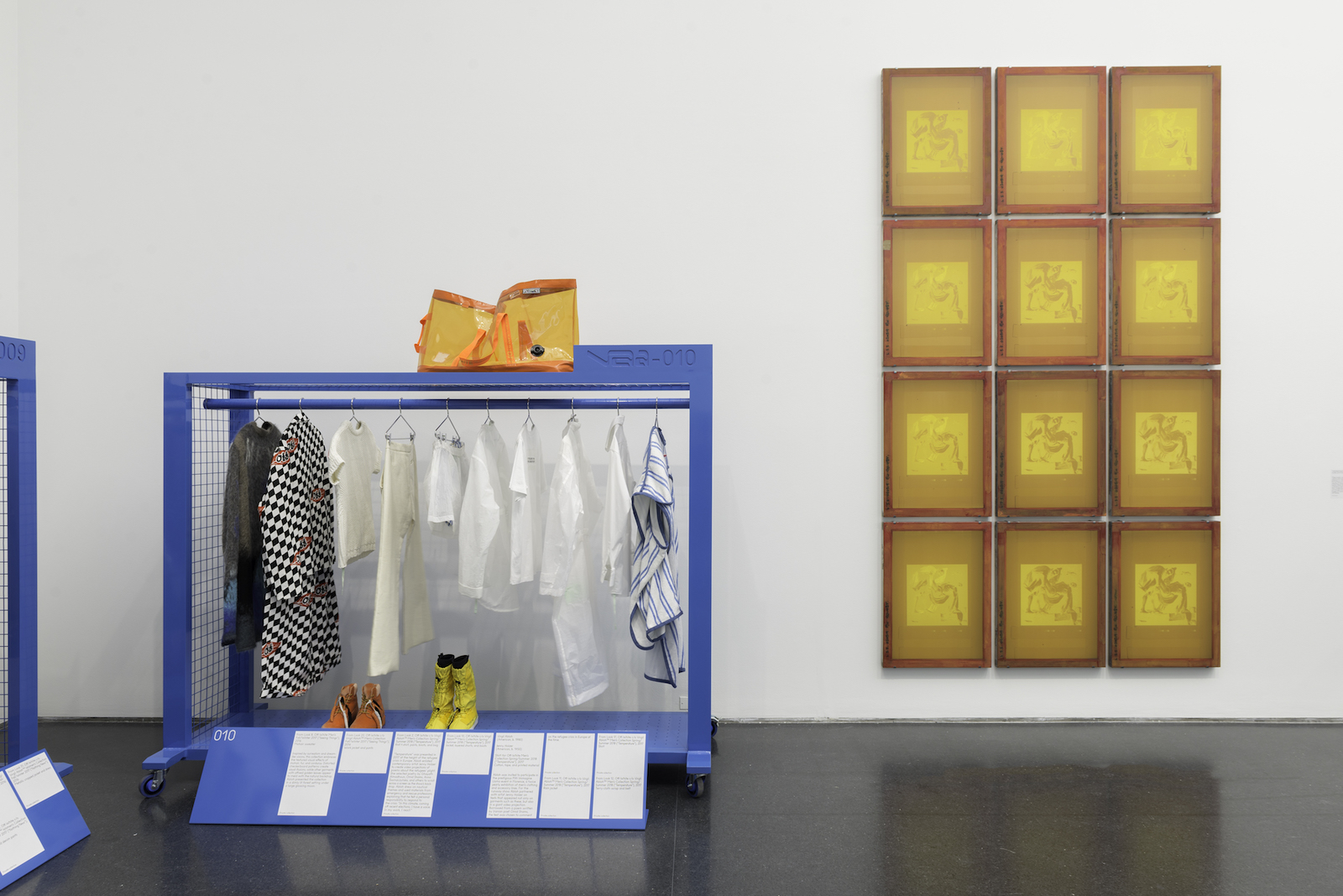 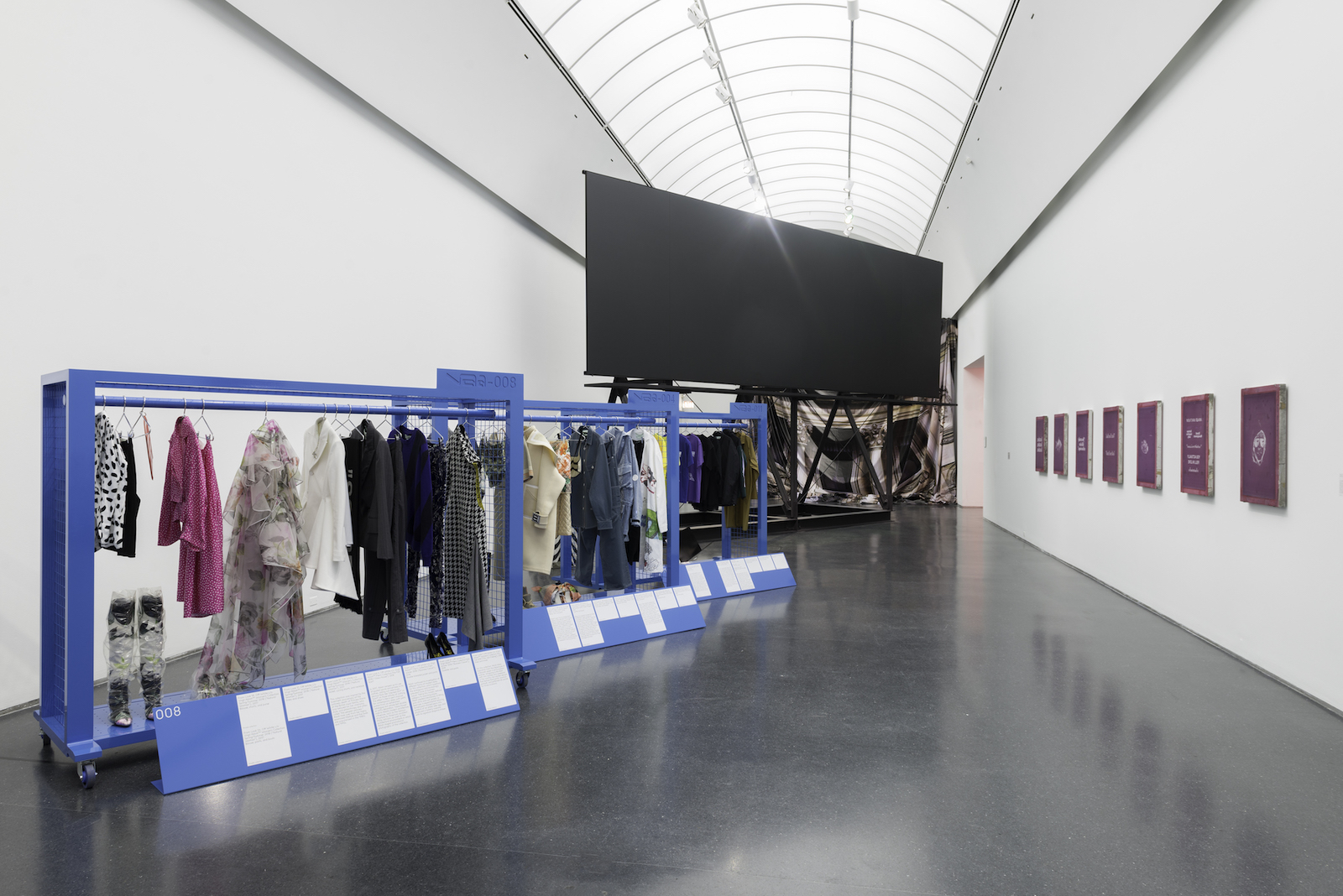 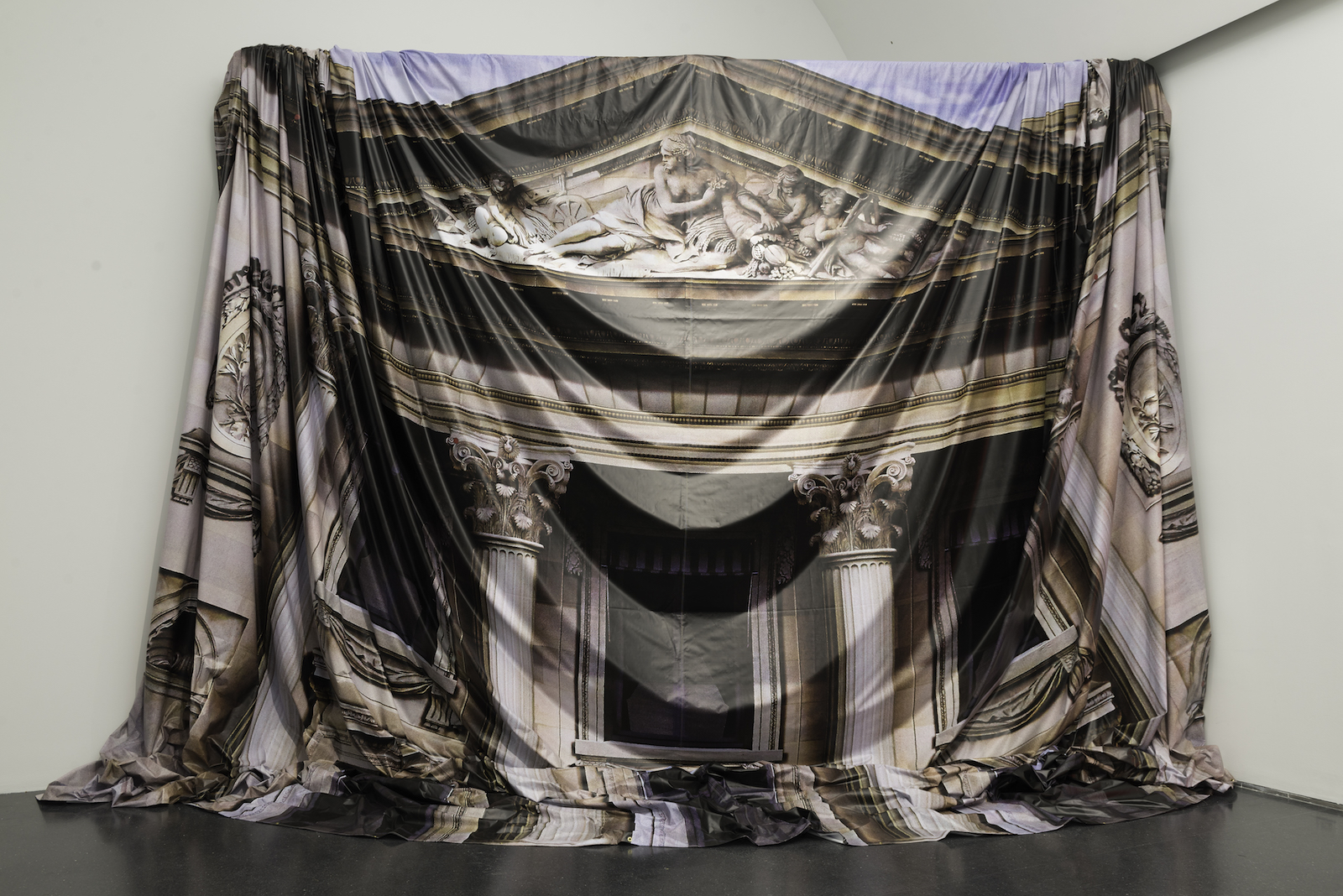 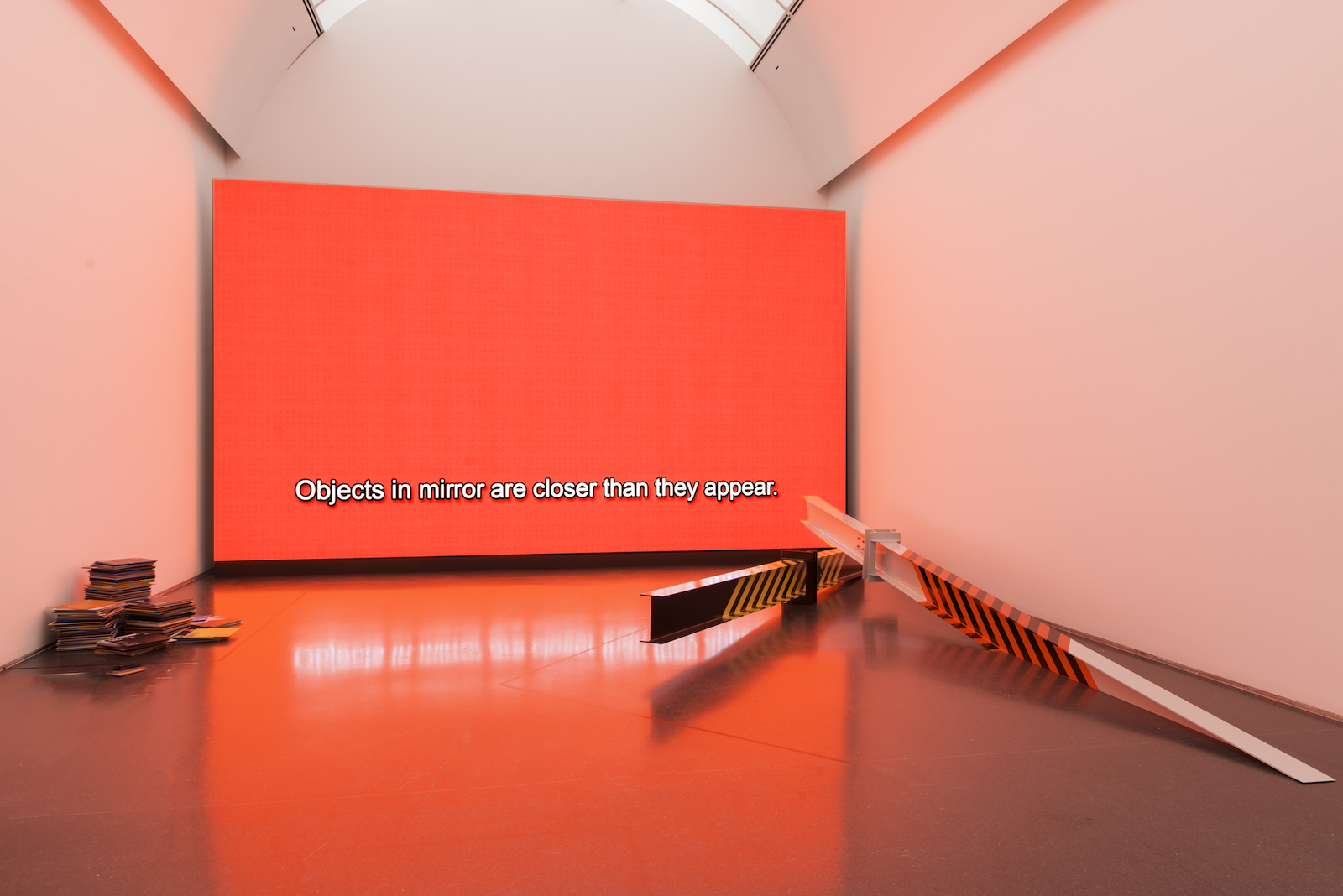 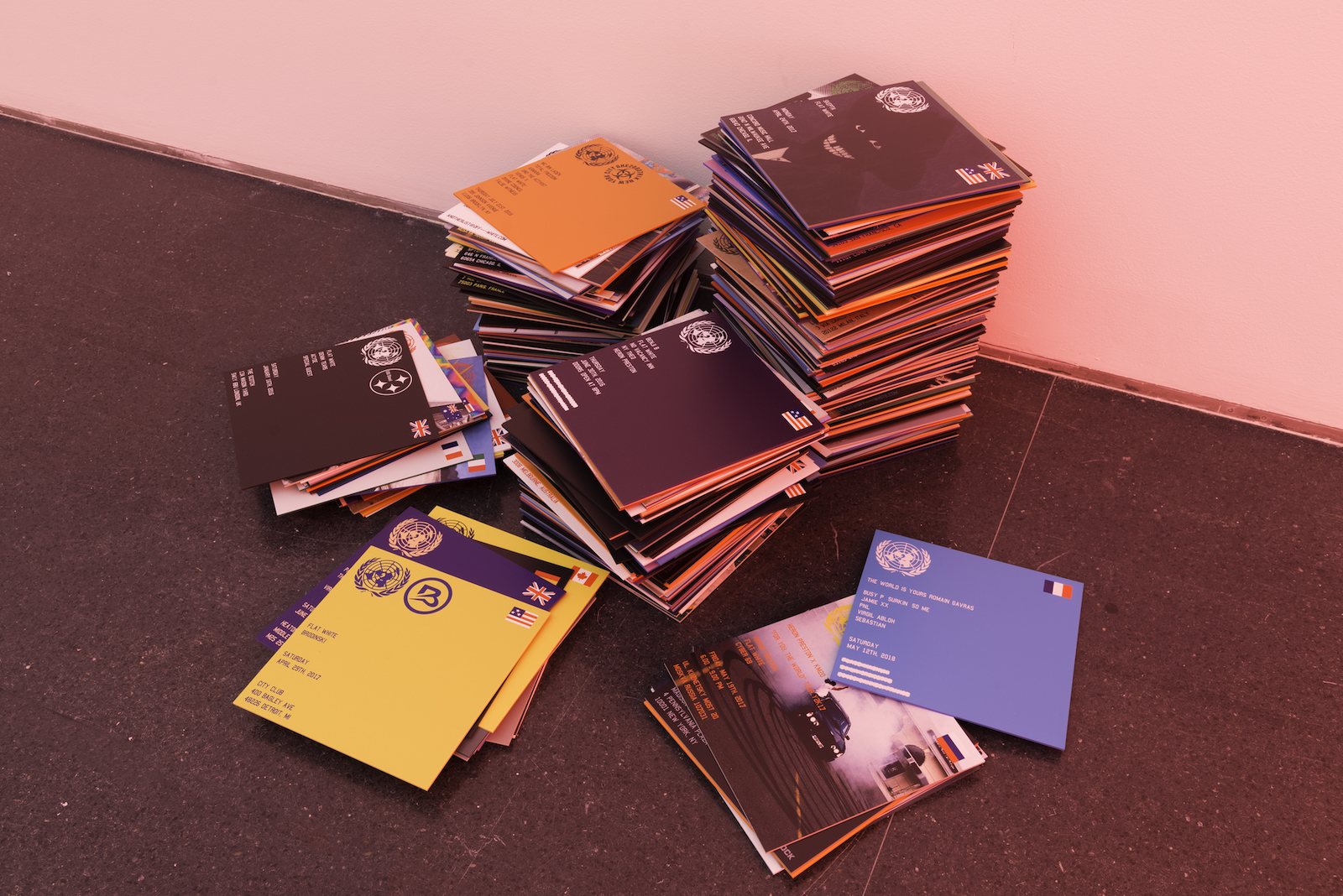 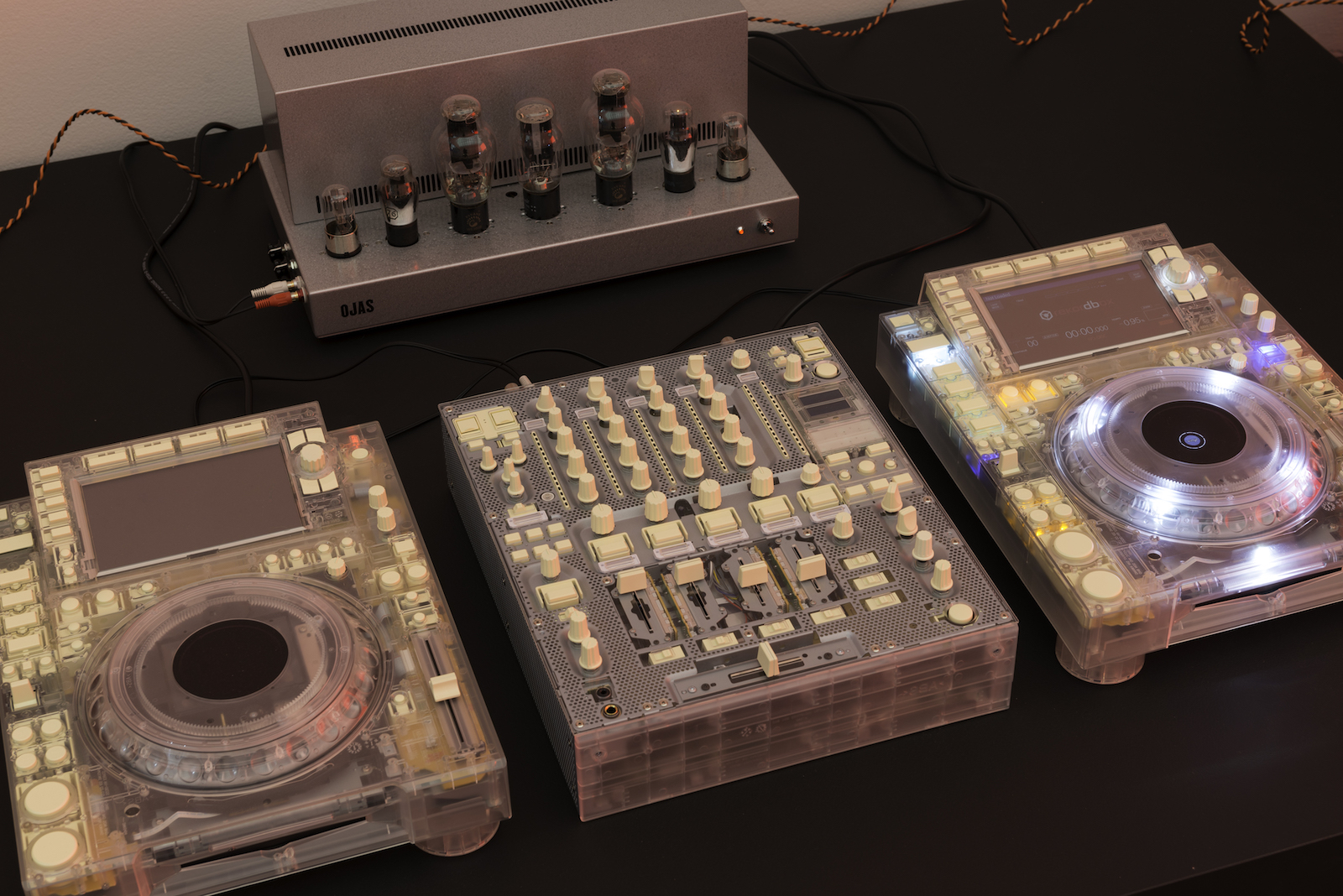 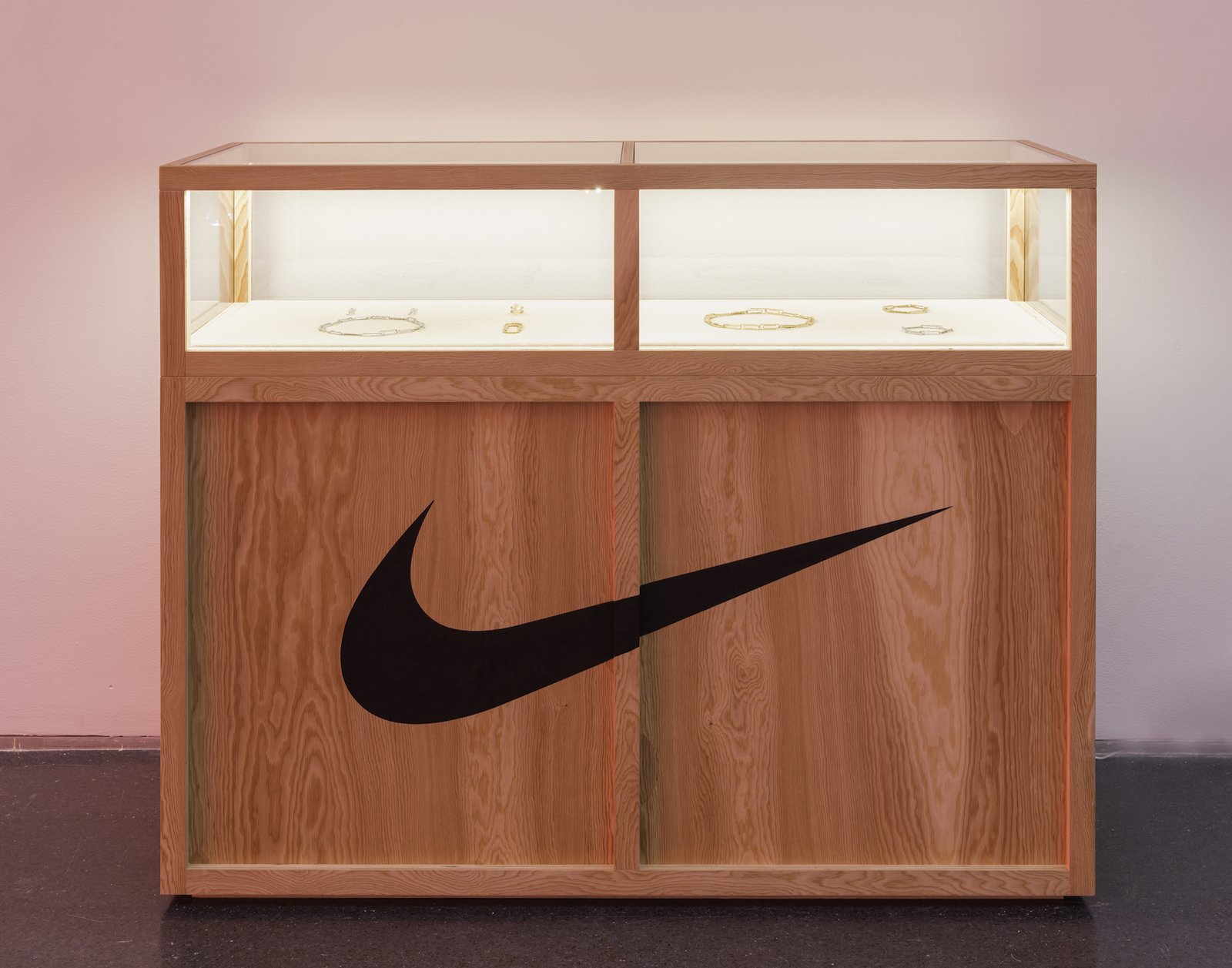 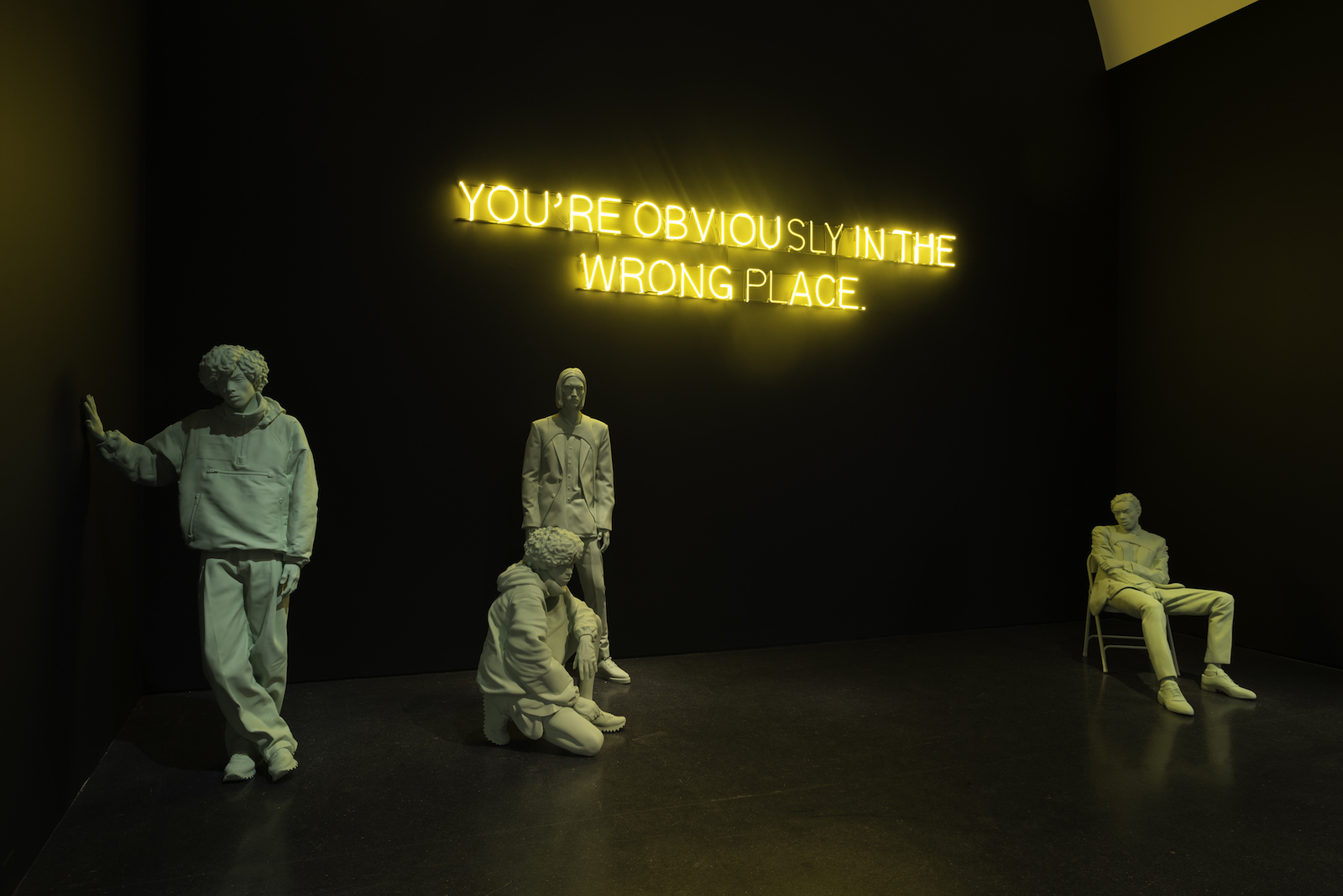 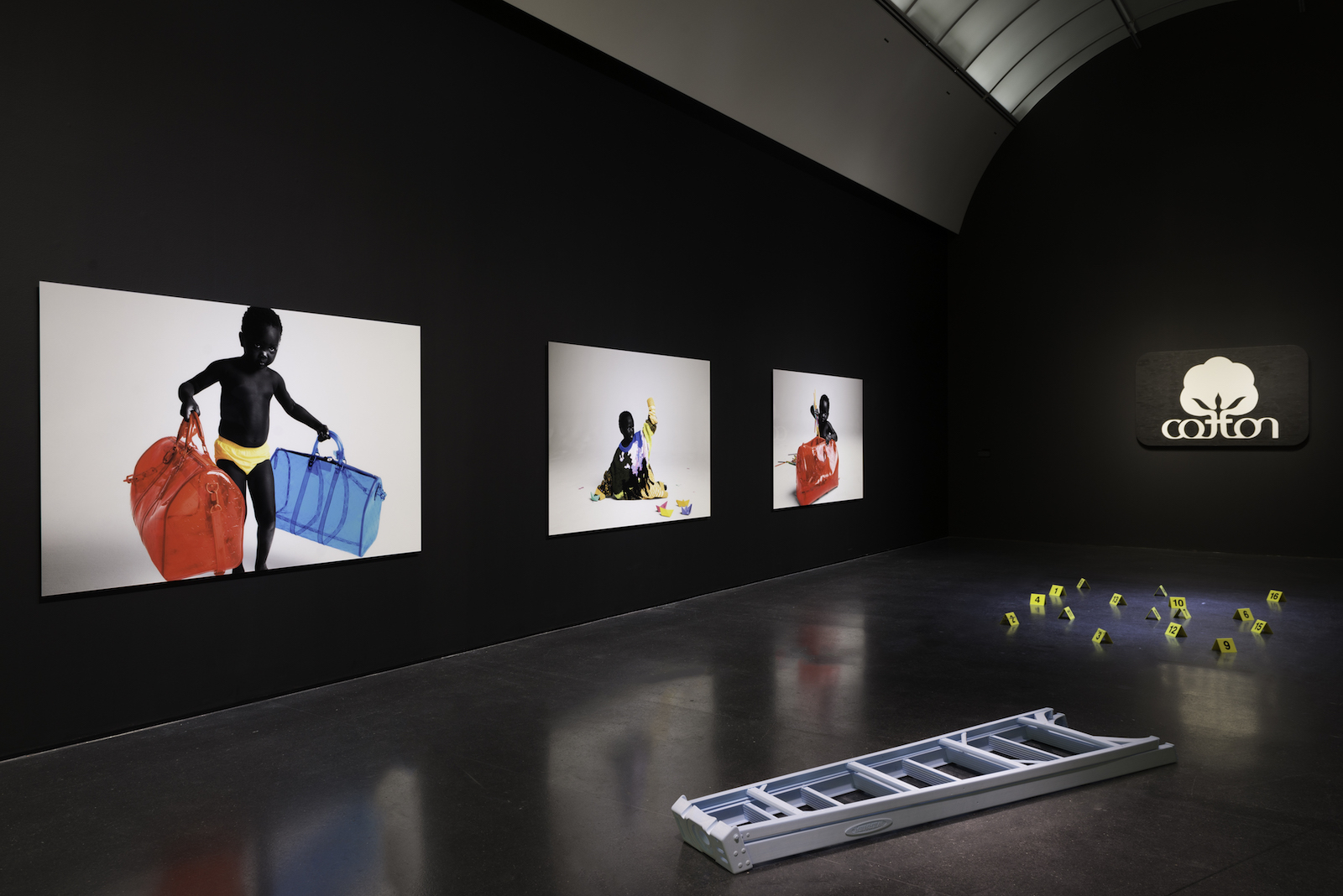 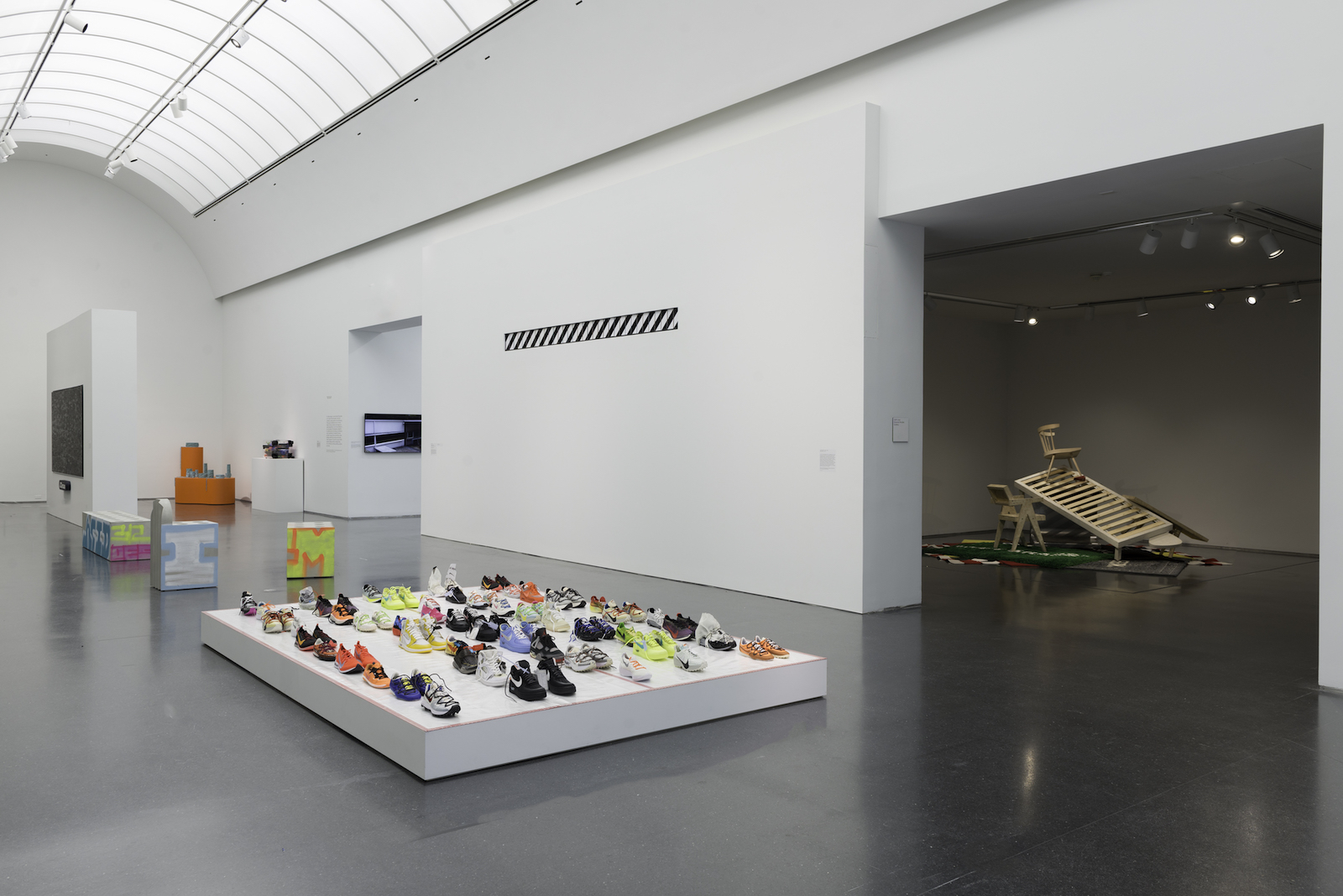 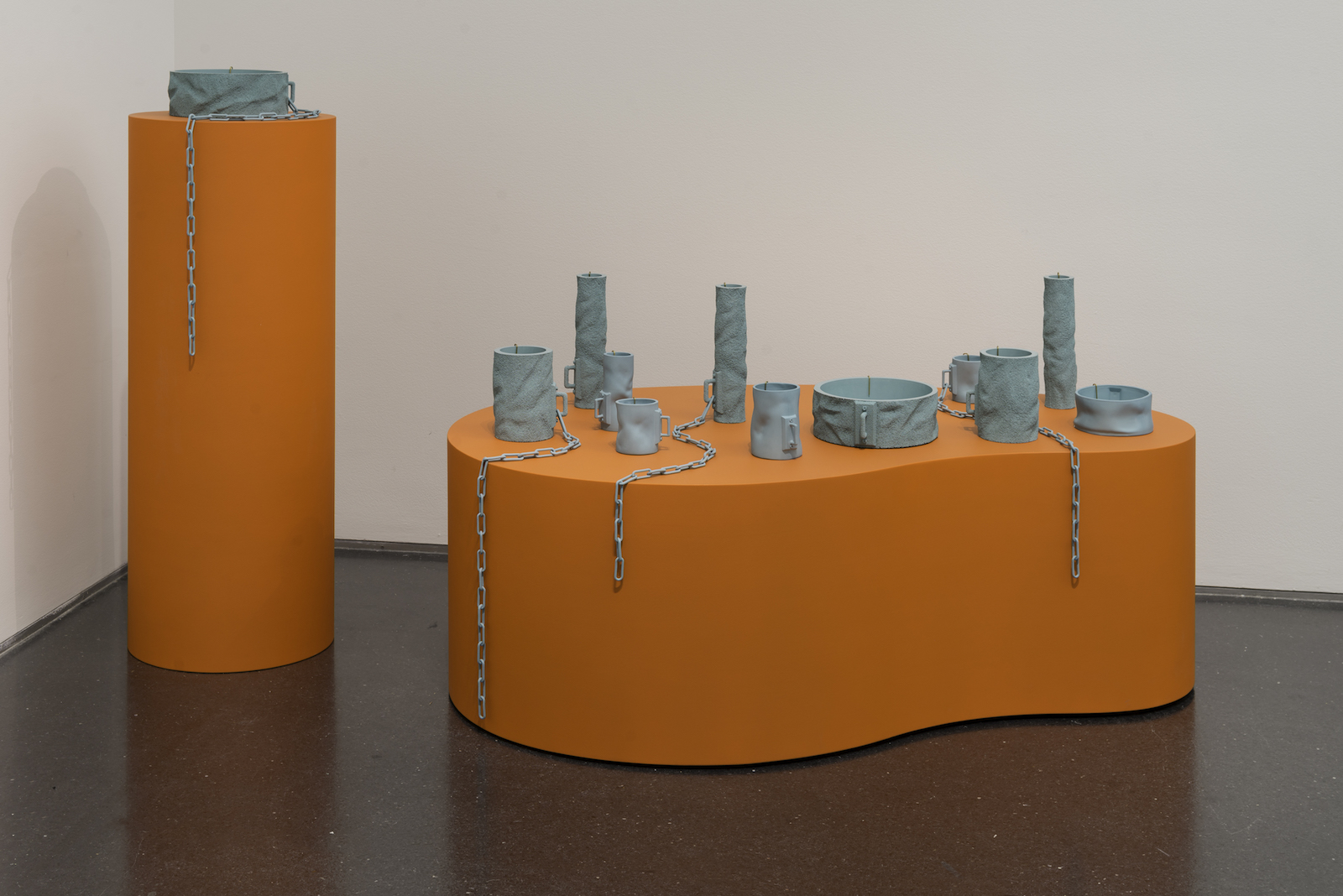 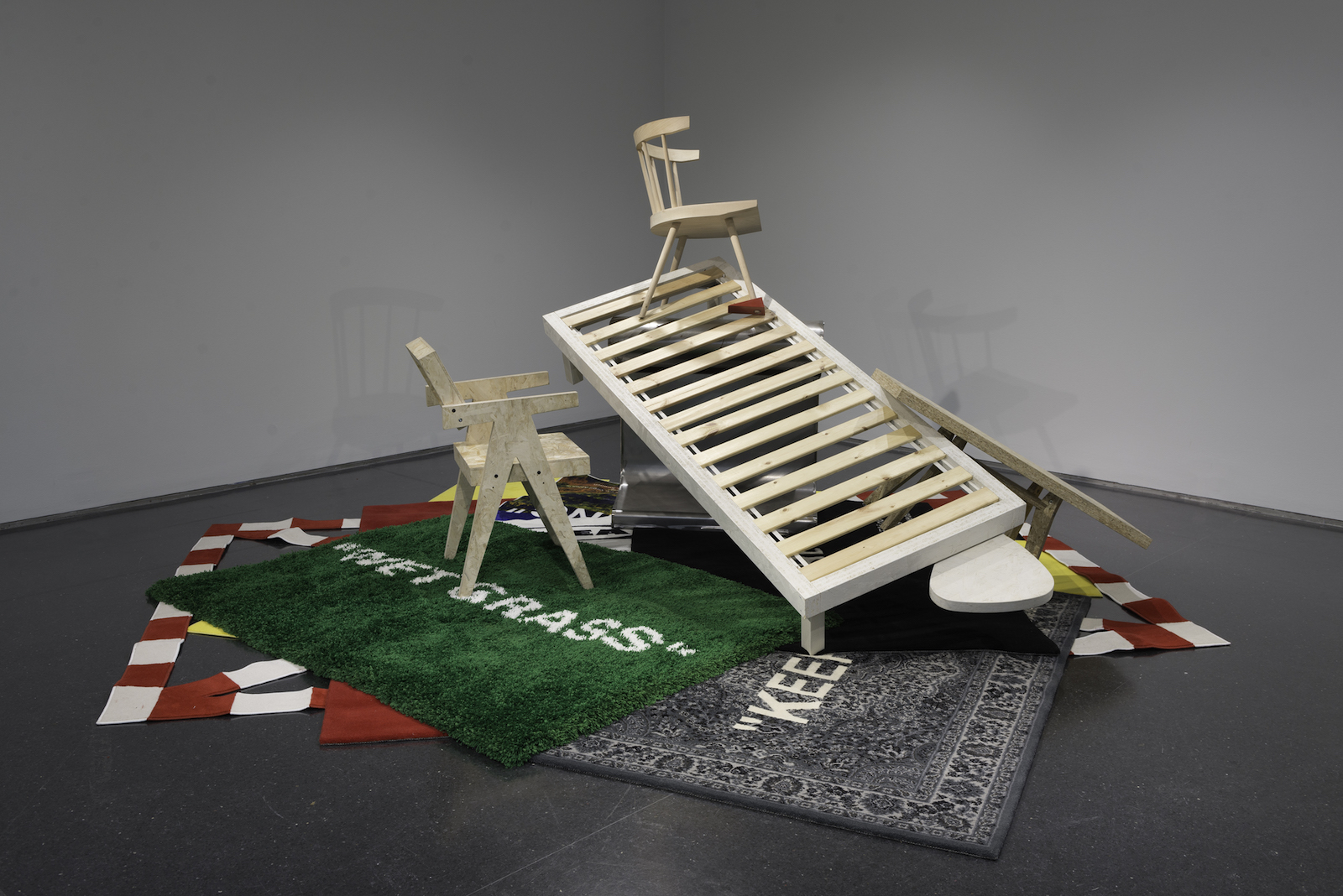 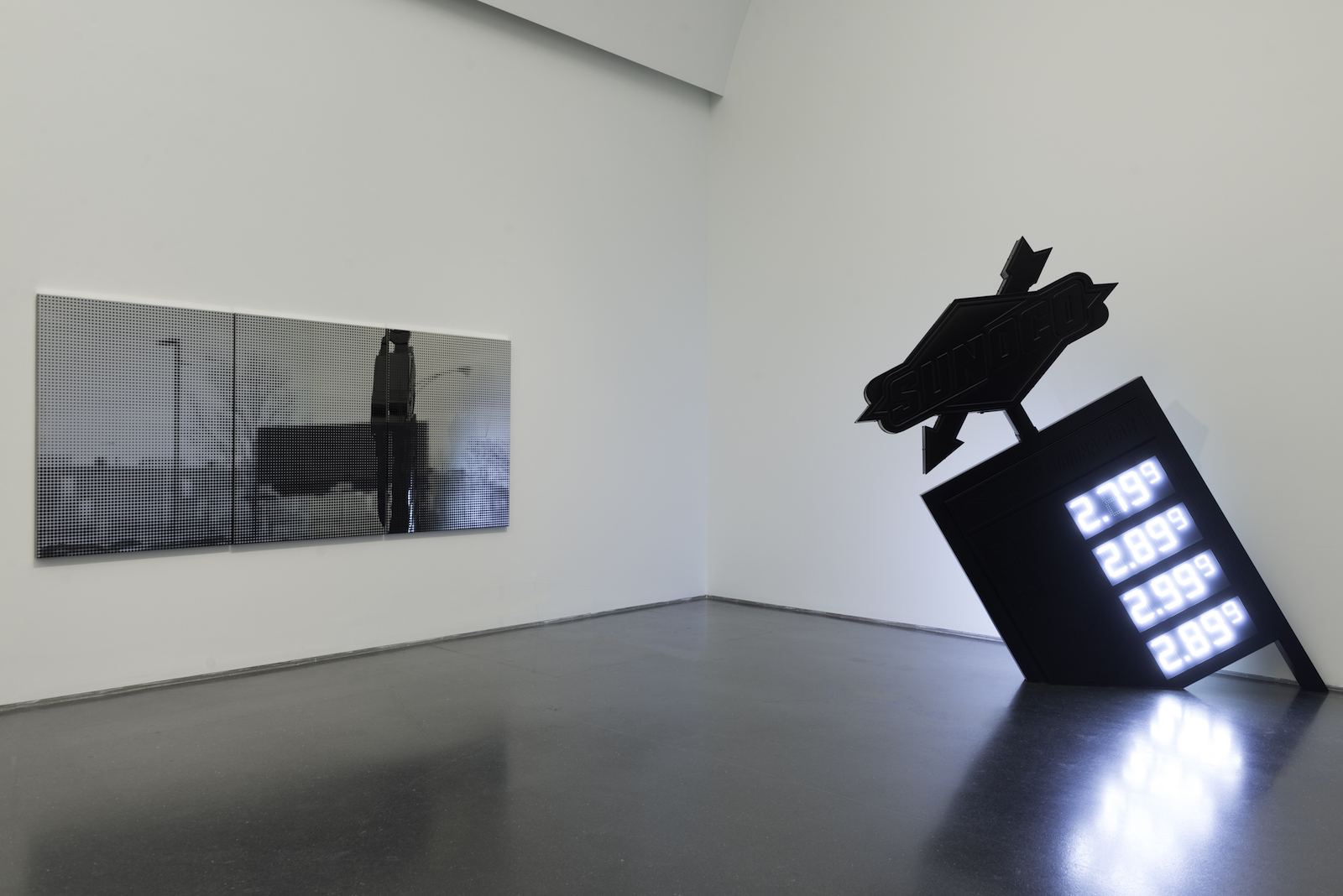 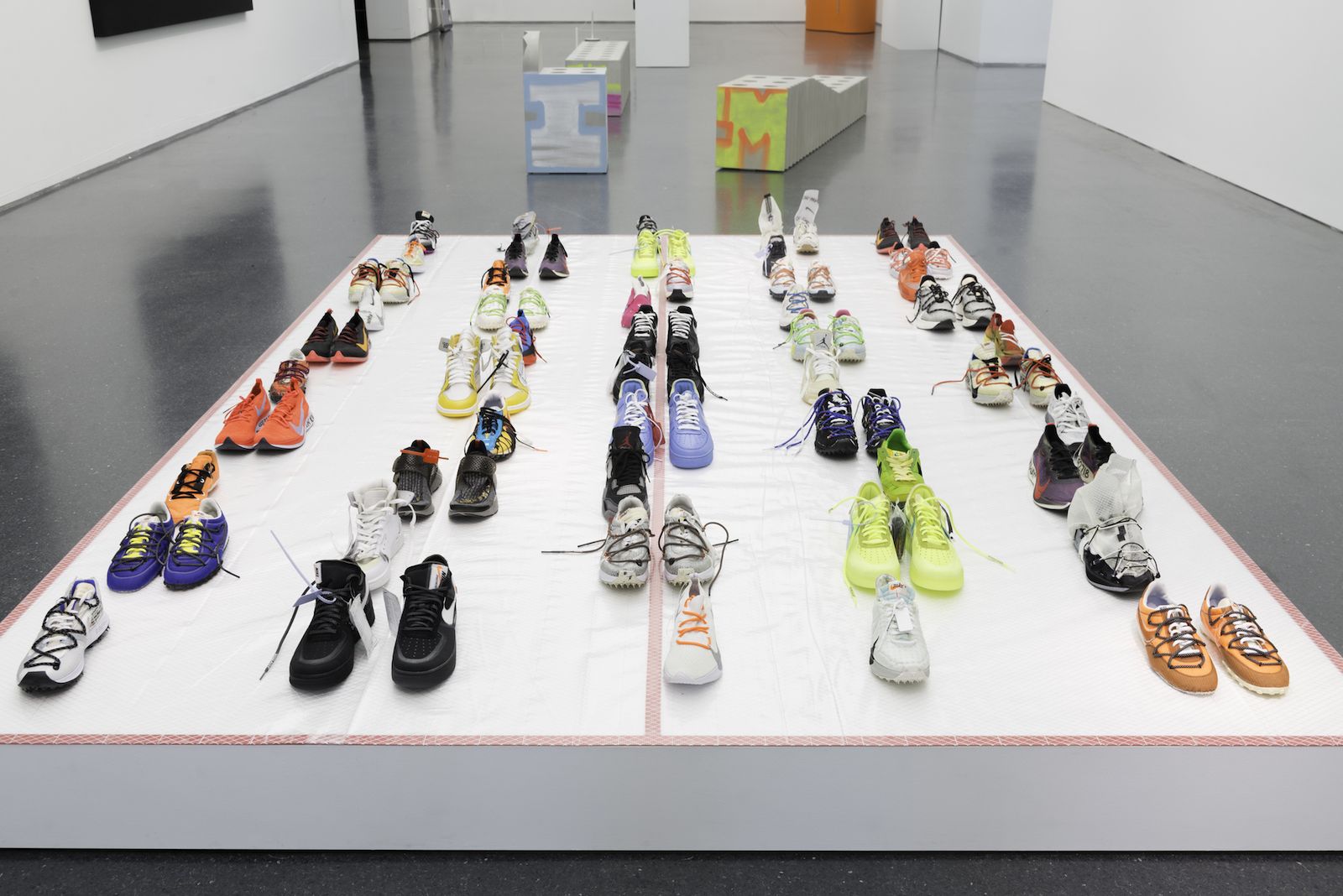