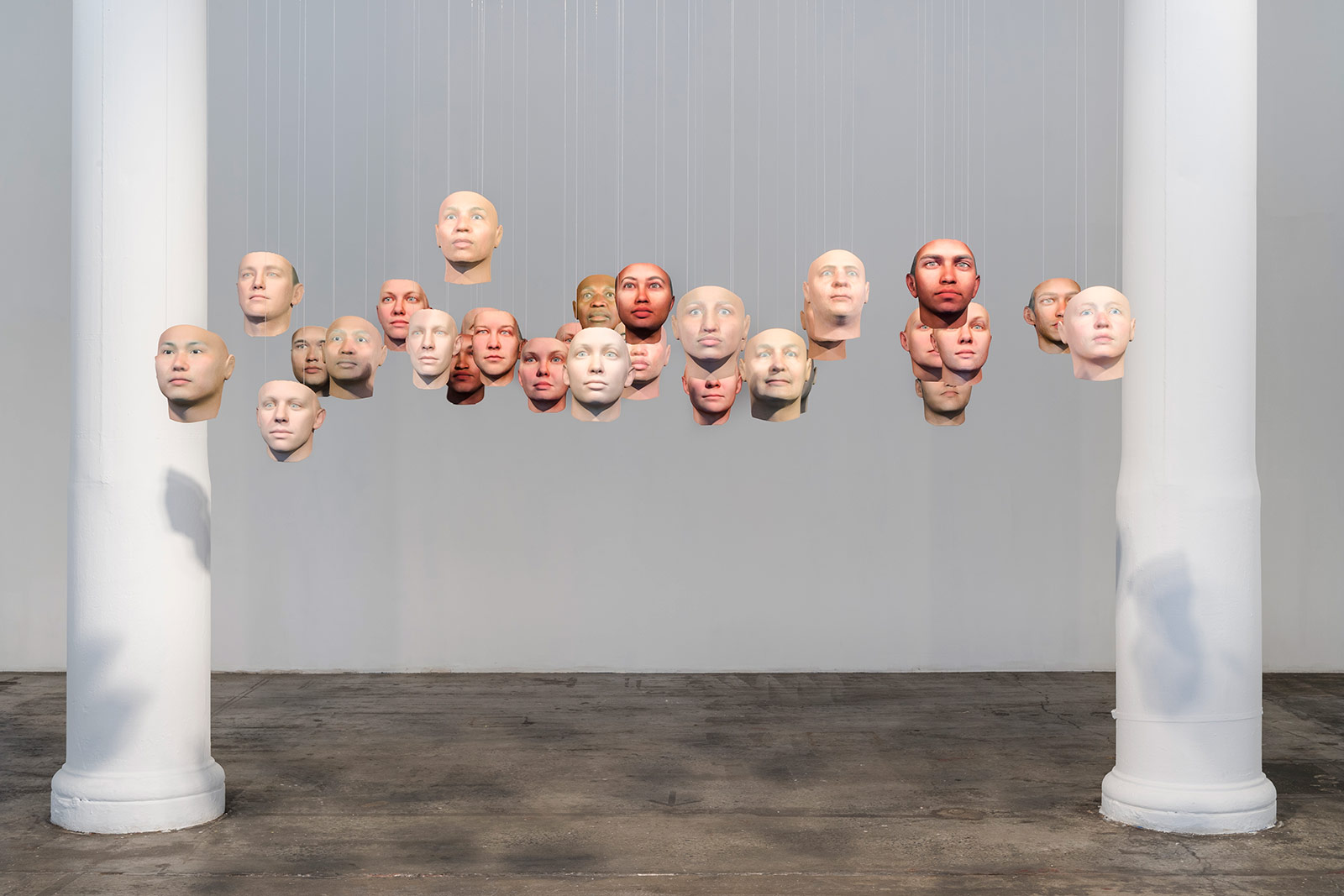 It’s January, which means it’s cold and dark in Berlin. However, for more than thirty years, a herd of growing supporters of digital art and avant-garde music visit the German capital to attend Transmediale and partner in crime CTM Festival. From January 26 to February 4, the prominent international festivals, both considered at the head of contemporary experimentation in sound and cutting-edge culture with strong socio-political implications, will host around one hundred and forty events – between the two – in several venues around the city.
CTM Festival

The 19th edition of CTM Festival kicks off first on January 26 under the name of Turmoil – chaos and disorder – and explores the state of music and sound in confusing and critical global times. Society is worn down by overloaded polarized politics, right wing agitation, digital deceit, uncontrolled narcissism, authoritarianism, environmental crisis and omnipresent violence. But music has always been a remedy for brutality and a tool for altering our own being in this world. That is why CTM 2018 focuses on music and sound that mirror the dissonance of the world, articulate discontent and protest, call for empathy, make us think, compensate our pains, and provide exits for our accumulated angers or expose us to foreign cultures.

What is the sound and aesthetic of Turmoil like? Uneasy times demand uneasy music and art, for that the festival features around almost two hundred artists and more than seventy events. Day activities comprise Uncanny Valleys of a Possible Future, the central exhibition at Kunstraum Bethanien in which artists Anne de Vries, Frédérick A. Belzile, Guy Ben-Ary, Jessica Ekomane, Lawrence Lek, Peter Flemming, Teun Vonk, Wollny & Wasilewski, and Zuli propose ways to navigate the struggle of being between polarities; lectures and panels will be also held at Studio 1 Bethanien and Red Bull Studios. There will also be Skalar, a large-scale art installation by Christopher Bauder and Kangding Ray at Kraftwerk Berlin that explores the complex impact of light and sound on human perception.

At late afternoons, HAU2 hosts projects with emphasis on the intersection of music and dance. It’s the example of Five, where multidisciplinary American artist Rashaad Newsome investigates African, European, and North-American roots of vogueing; or The Complete Expressionist, a re-construction/re-formulation of musique concrète and modern dance based on the legacy of Ernest Beck, orchestrated by Christoph Winkler together with group A, Rashad Becker and Pan Daijing. Halle am Berghain will be the site of Physical Rhythm Machine_Boem BOem, an immersive playful installation by Dutch artist Philip Vermeulen.

Monom and its 4dsound system will become a place also to immerse oneself in vivid sonic worlds. It will host Noqturnl, a performance lasting seven hours that explores the threshold between waking and dreaming. It is limited to seventy people, and beds and blankets are provided.

An eclectic range of performances and DJ sets has been programmed throughout CTM’s nightclubs. At Berghain there will be Spanish-born, Berlin-based artist Jasss, as well as Ramzi, AGF, audio-visual artist Olaf Nicolai with Theo Nabicht, Cevdet Erek and Laurel Halo. At YAAM, partners Native Instruments have selected a range of London-based dance music DJs like Soda Plains or Ikonika. Amenra and Holly Herndon Ensemble will perform at Festsaal Kreuzberg, which also hosts the closing concert with DAF and Bestial Mouths. At Club Ost play Errorsmith or Naked, just to mention a few. 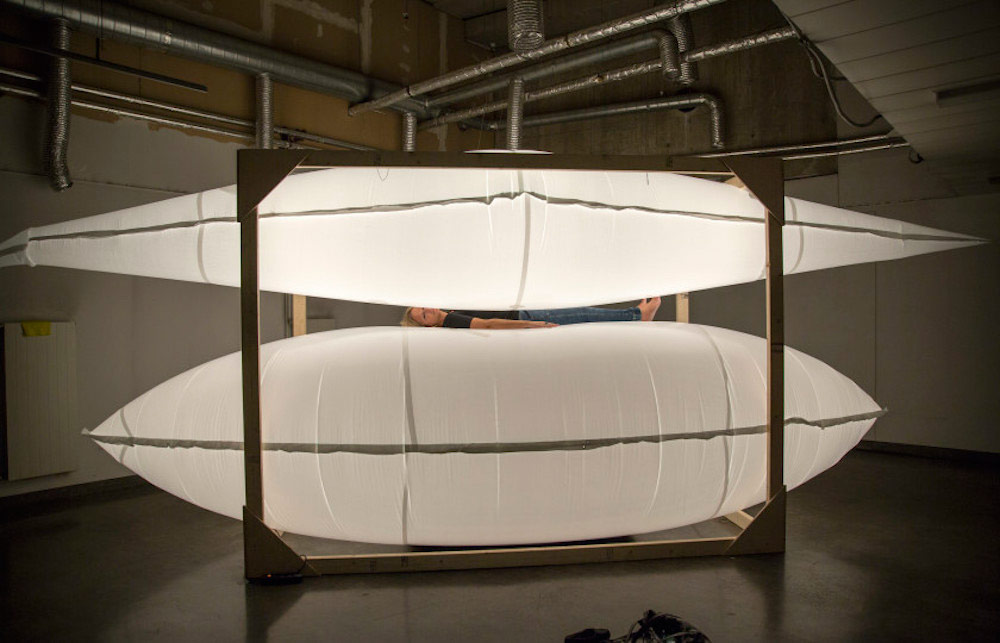 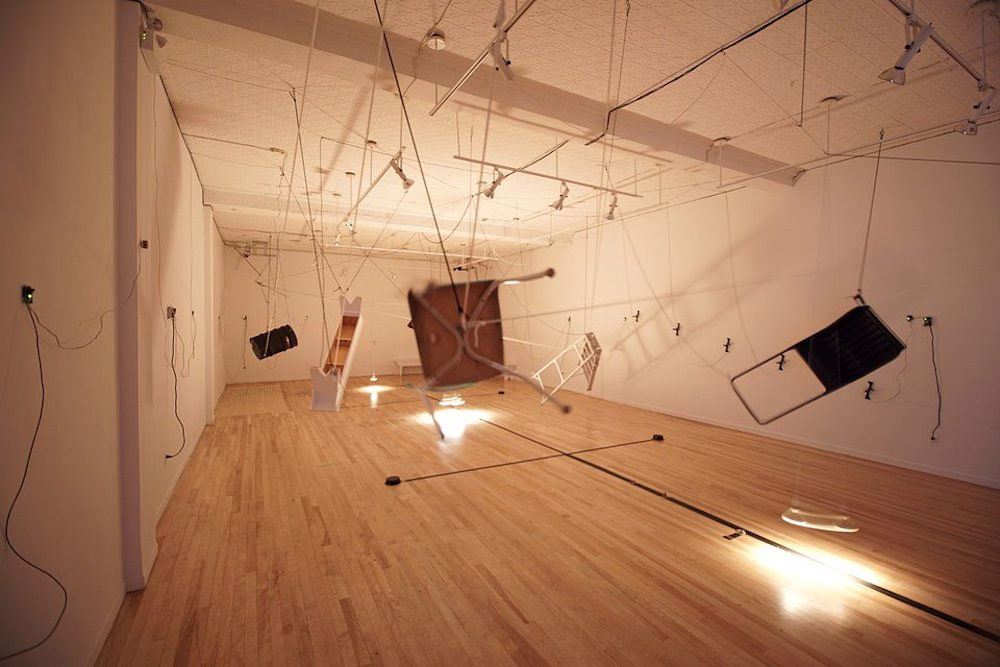 CTM Turmoil will take place from January 26 to February 4 throughout different locations in Berlin. To check the program and venues, take a look here.
Transmediale

On the other hand, on January 31, the 31st edition of Transmediale opens at Haus der Kulturen der Welt. Under the title Face Value, it presents one hundred and sixty-seven participants and sixty-five events in five days, including conferences, film and video programs, workshops, and performances depicting the values and processes of creation that have contributed to our present moment of extreme political, economic, and cultural divides.

‘Take something at face value’ means to accept what one says without further verifying or investigating; that’s why its participants will seek possible new ways of resisting and deconstructing the alarming development of digital populism driven by algorithmically guided communication practices, the radicalization of net culture, and the new culture wars. (Post)digital culture today seems to support hate, racist and neo-colonial powers rather than provide an emancipatory alternative, which is why Transmediale tries to find a way for artists, cultural workers, and speculative theorists to respond to the current politics of taking things at face value whilst facing their own values.

The performance program’s highlight is the premiere of Plague, by composer and conceptual artist James Ferraro, a co-organized Transmediale/CTM concert. Featuring scenographic elements and live visuals by Nate Boyce, his performance is a work around speculations on a future society in which an artificial intelligence is simulating reality by using humans. The conference program examines the links between capitalism and racism, neoliberalism and fascism; it considers how prejudices and discrimination are enhanced within today’s algorithmic culture.

The film and video program addresses the role of language and media in constructing narratives of progress. The international selection of short films, feature-length films, and live theatre performances connects critical analysis, political agency and artistic vision. Among the featured films is Disseminate and Hold by Rosa Barba, about manmade geographies and landscapes, referencing the highway Minhocão in São Paulo. In Johan Grimonprez film | every day words disappear |, philosopher Michael Hardt speculates about a political system based on love rather than fear, and also works on the notion of the ‘commons’ and re-invent democracy. Hardt's statements are intercut with scenes from Godard's film Alphaville (1965), set in a dystopian city-state where all words and concepts relating to love and affection are banned. 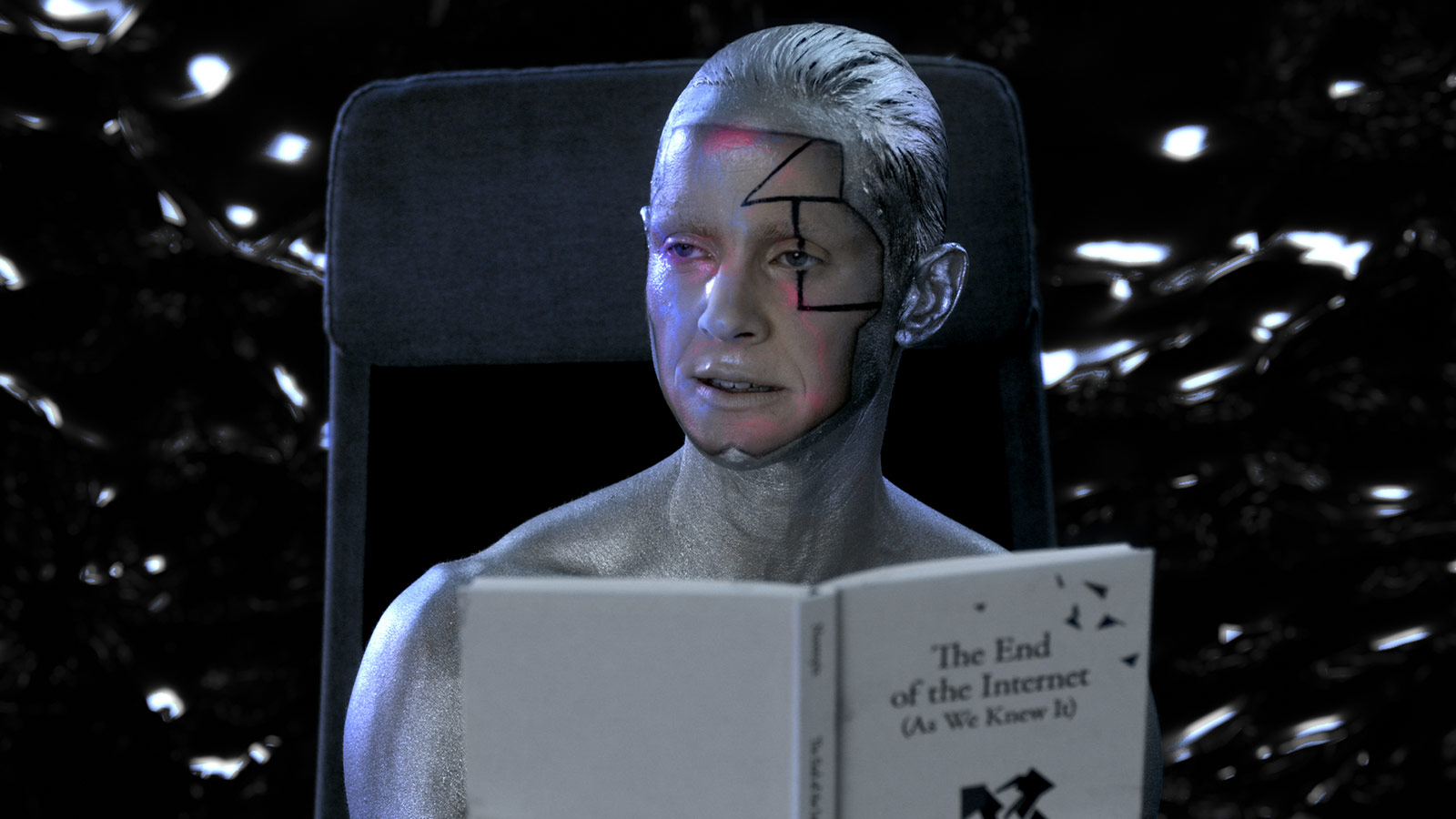 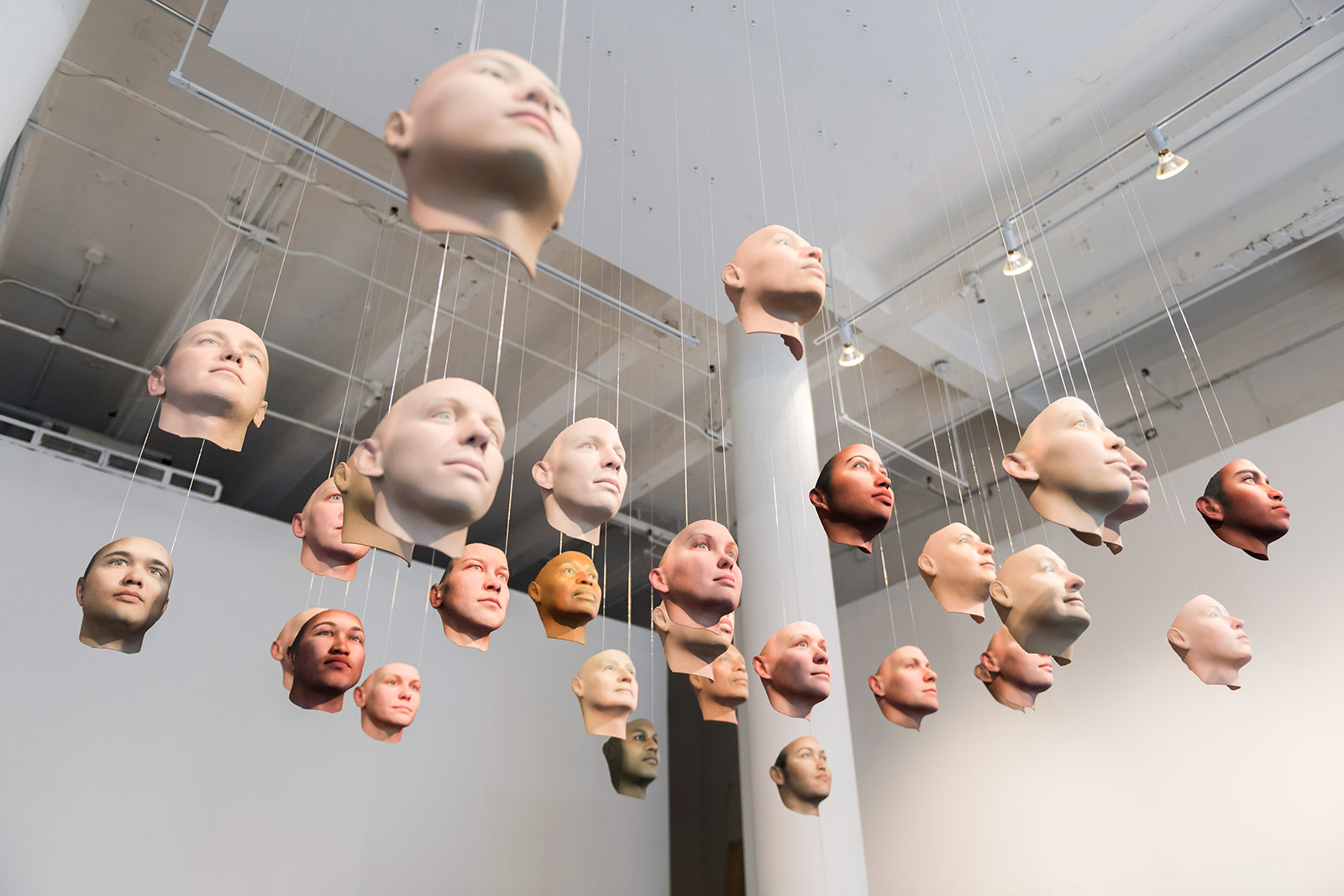 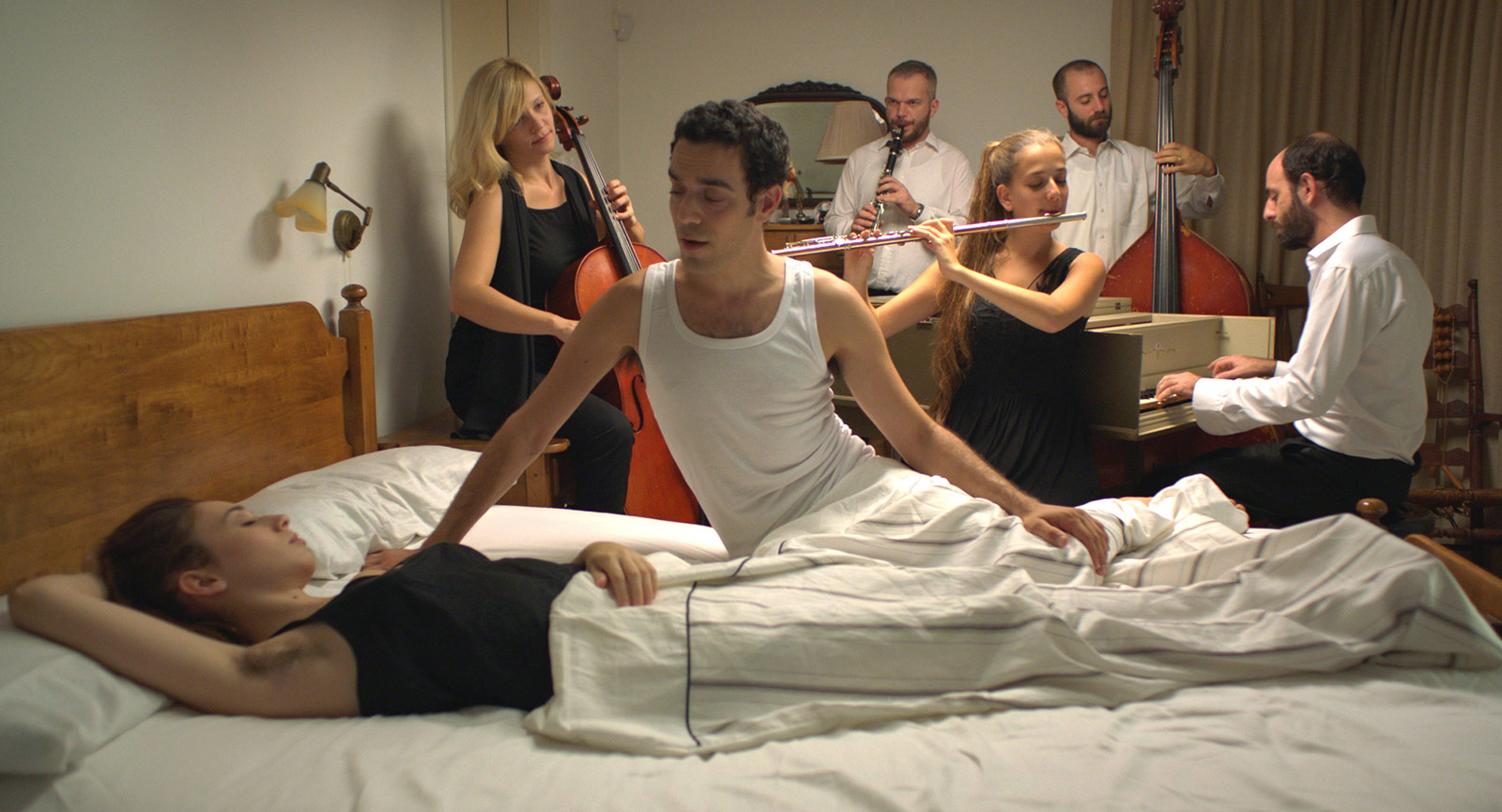 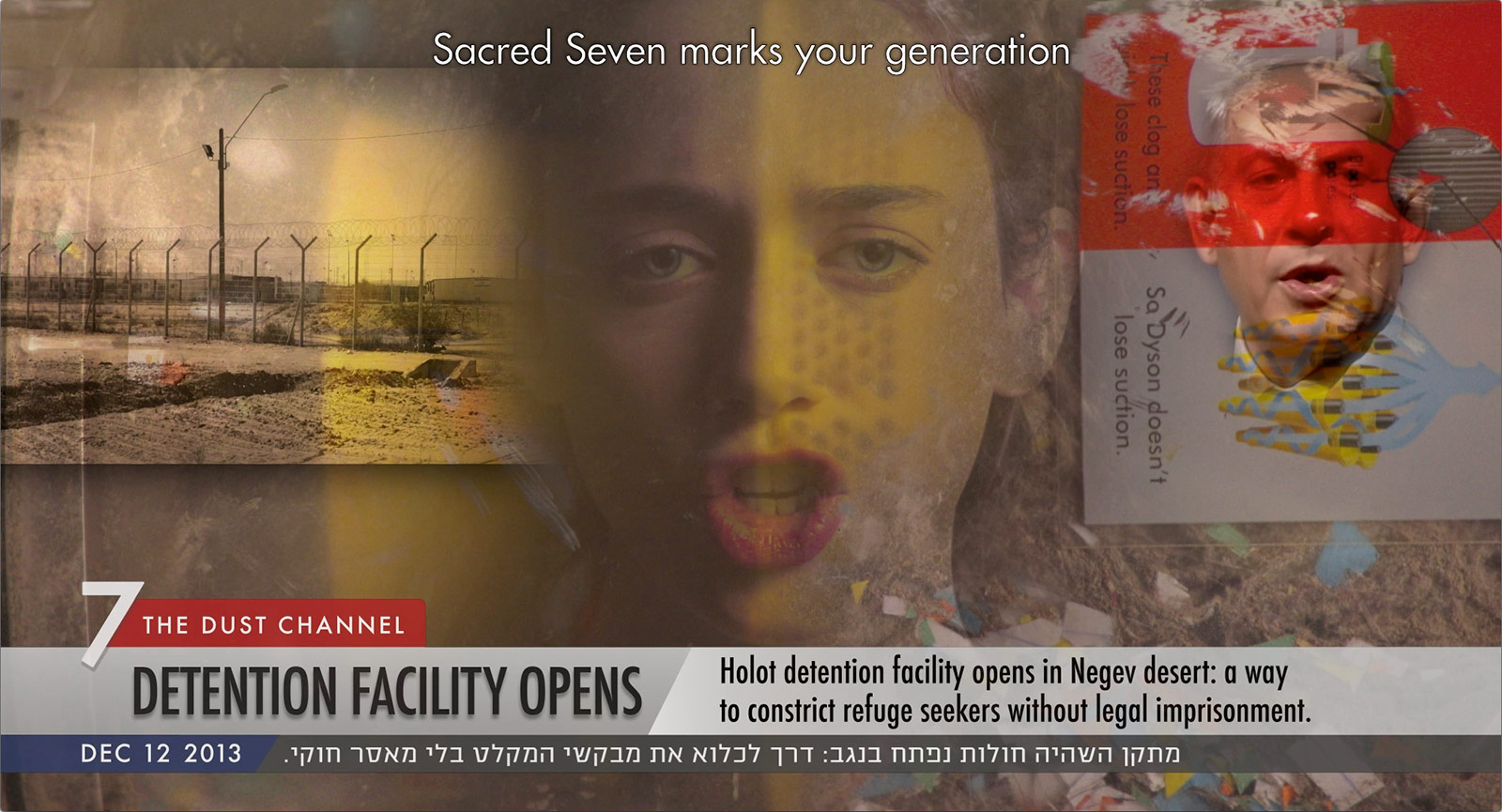 Transmediale will take place from January 31 to February 4 at Haus der Kulturen der Welt, John-Foster-Dulles-Allee 10, Berlin. Take a look at the program here.