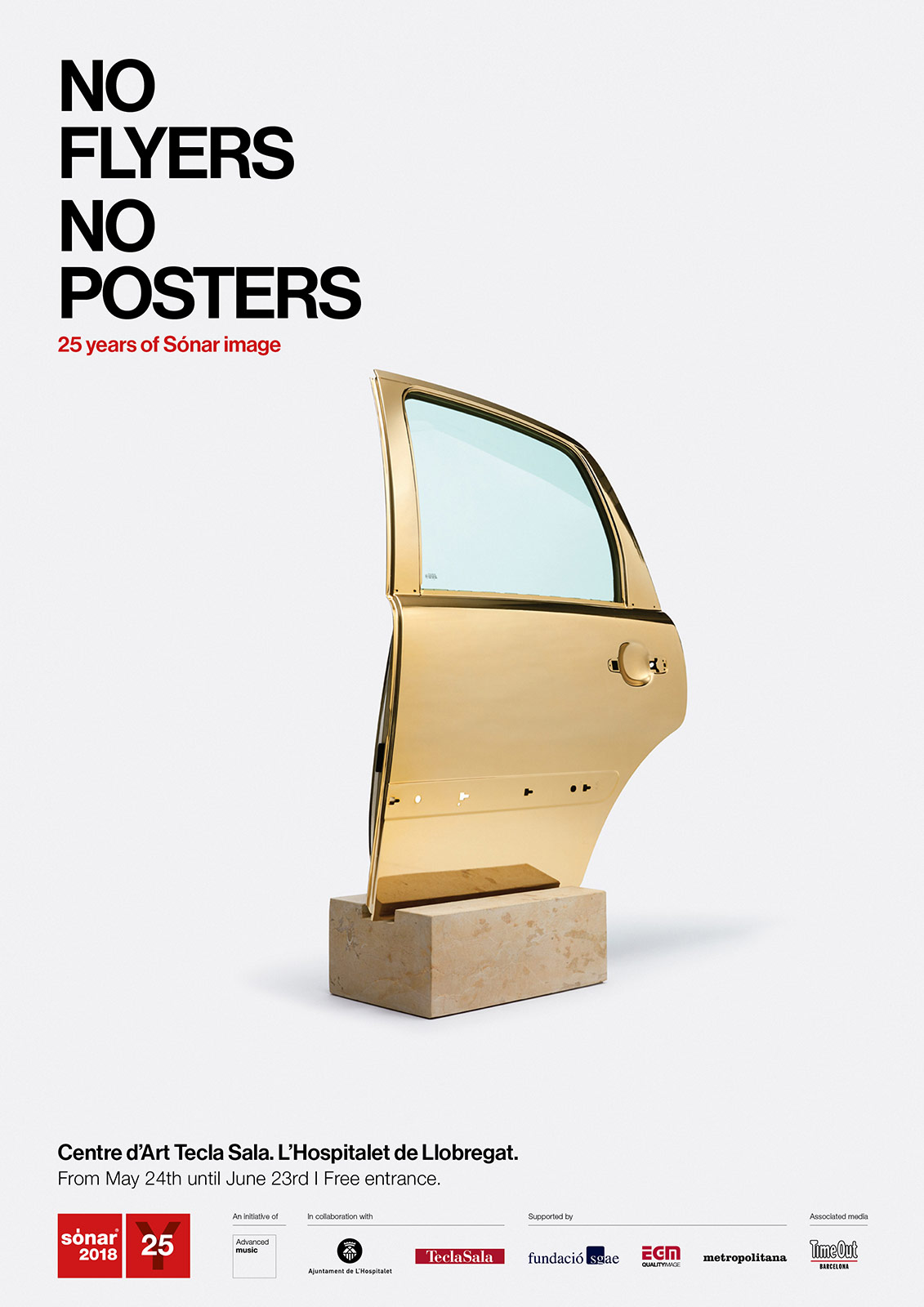 Phantoms, golden rubbish and chickens, Maradona, cats with makeup and cheerleaders are just some of the characters that have starred in Sónar’s campaigns for the past twenty-five years. To celebrate its anniversary during 2018, the festival has organized an exhibition that traces its visual identity and the legacy of its campaigns throughout the years at Centre d’Art Tecla Sala in L’Hospitalet – the town next to Barcelona where the festival’s night program takes place –, inaugurating on the 24th of May.
Sergio Caballero, one of the festival’s founders, is the main responsible for Sónar’s visual identity. It’s become an instantly recognizable trademark around the world, and it’s definitely had an impact on design culture. Each year, the very unique – and even weird – campaigns surprise the festivalgoers as well as the creative community. We’ve seen cute cats with makeup on, a pair of twins with telekinetic powers, two pairs of twins getting married, classical phantoms (those that appear after cutting two holes out of a bed sheet), and non-traditional families. What else will the future editions bring? Until the secrets are revealed year after year, you have the opportunity to submerge into the mid-‘90s and all the 2000s to date and enjoy how Sónar has broken all standards when it comes to…well, no flyers, no posters, so let’s just call them images.
No Flyers No Posters will inaugurate on May 24 and will be on view until June 23 at Centre d’Art Tecla Sala, Avinguda de Josep Tarradellas i Joan, 44, L’Hospitalet de Llobregat. 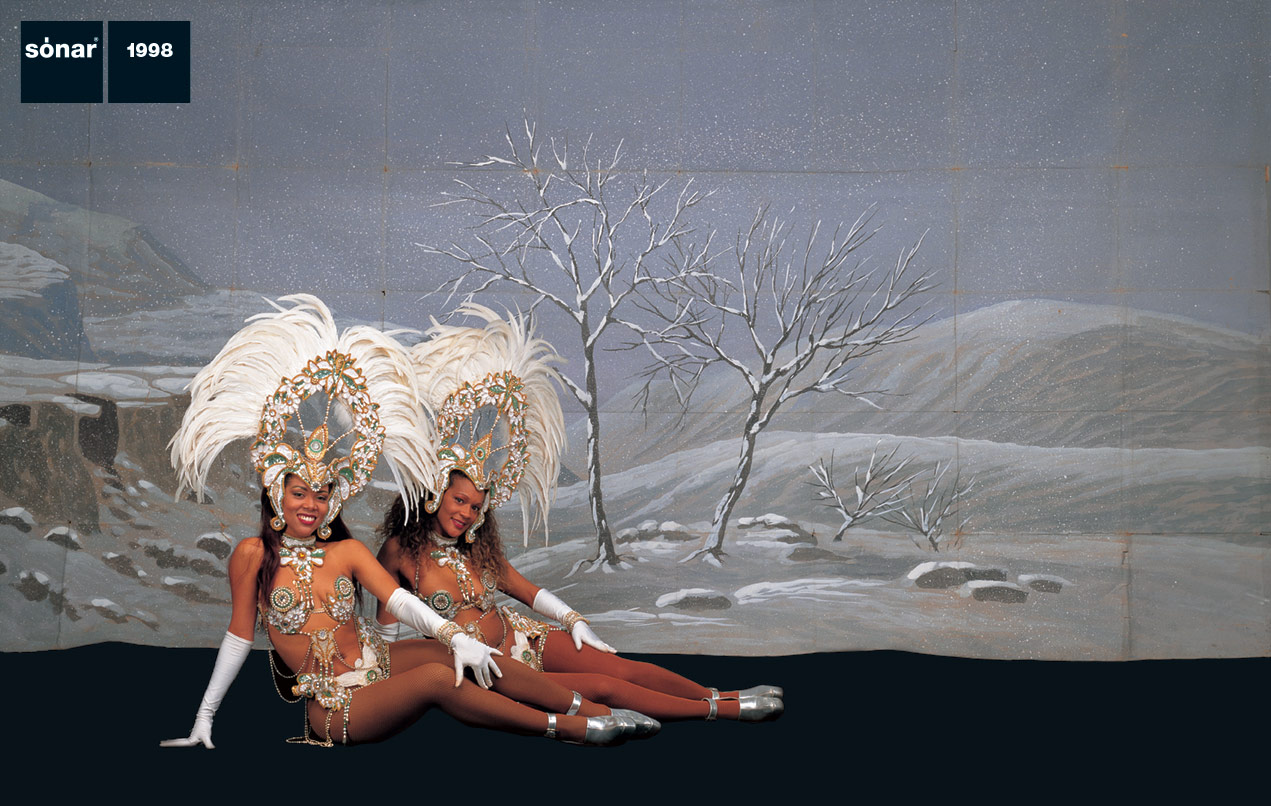 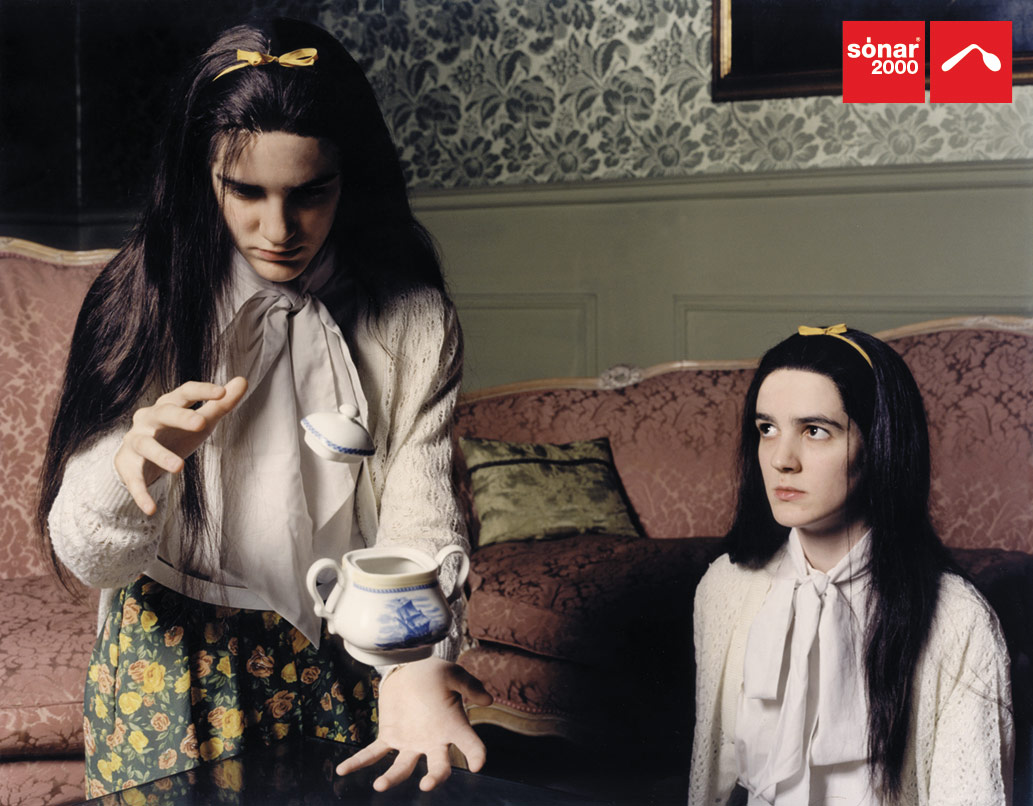 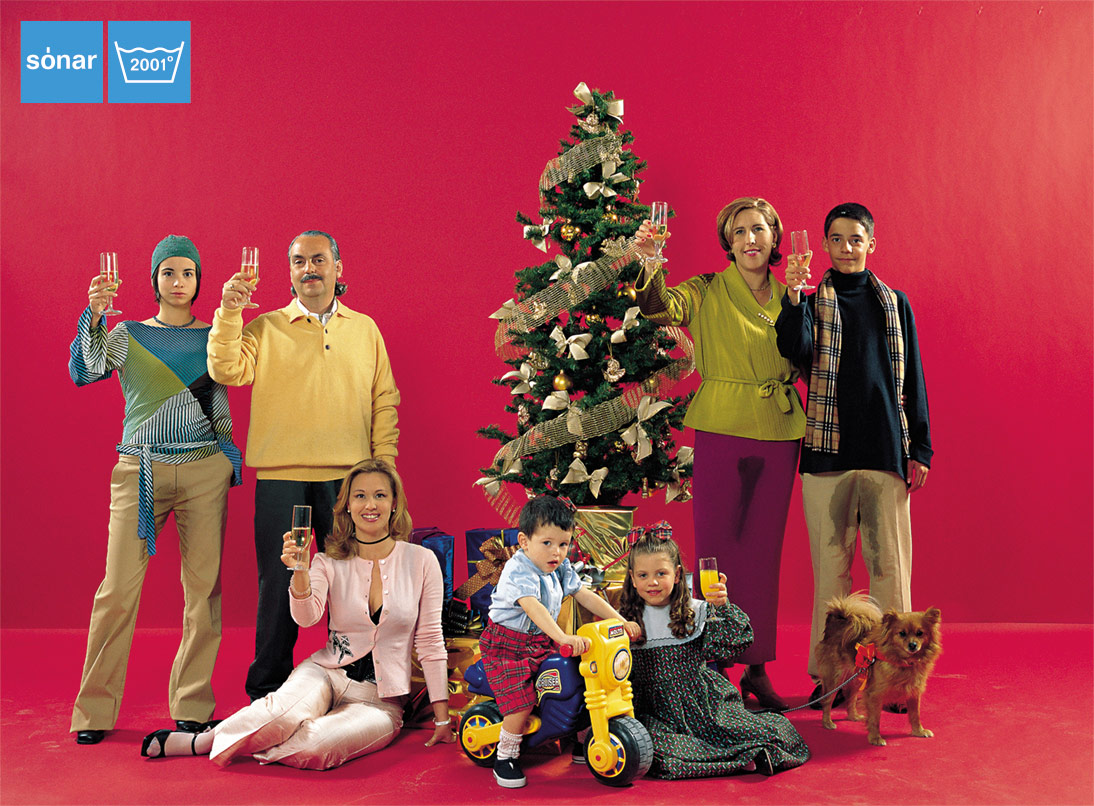 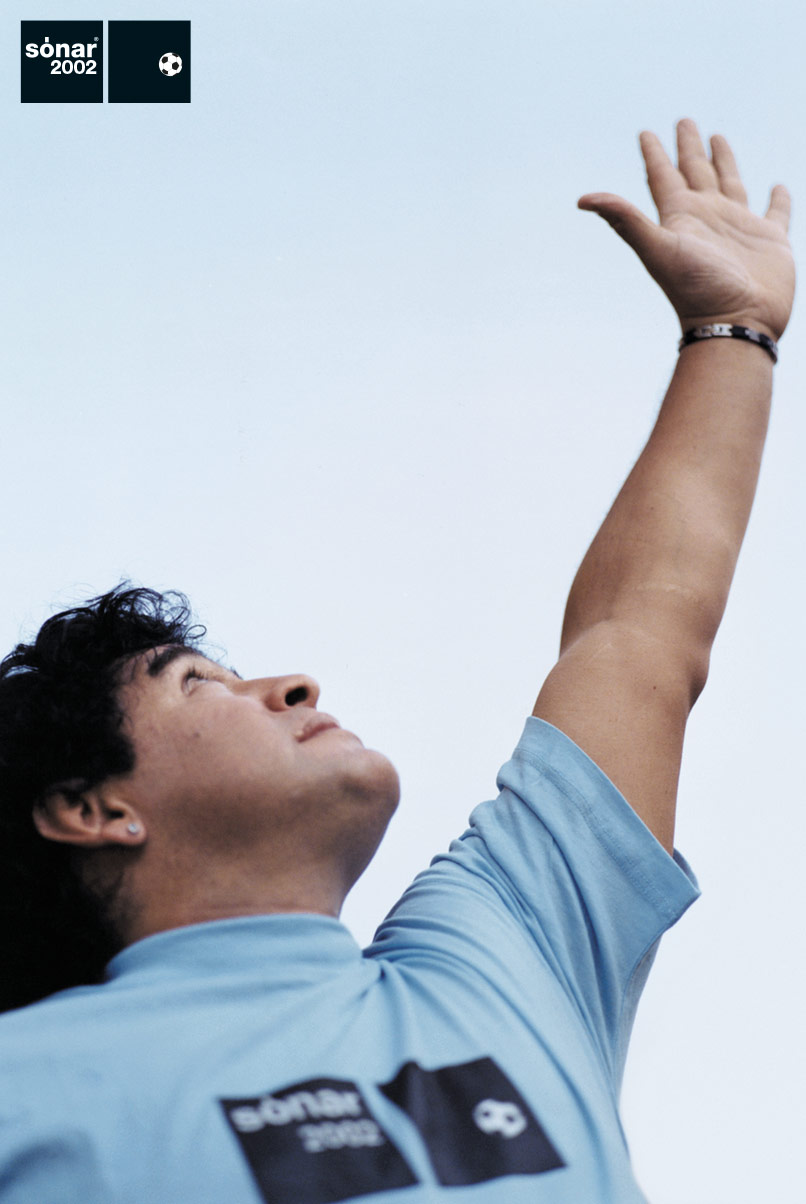 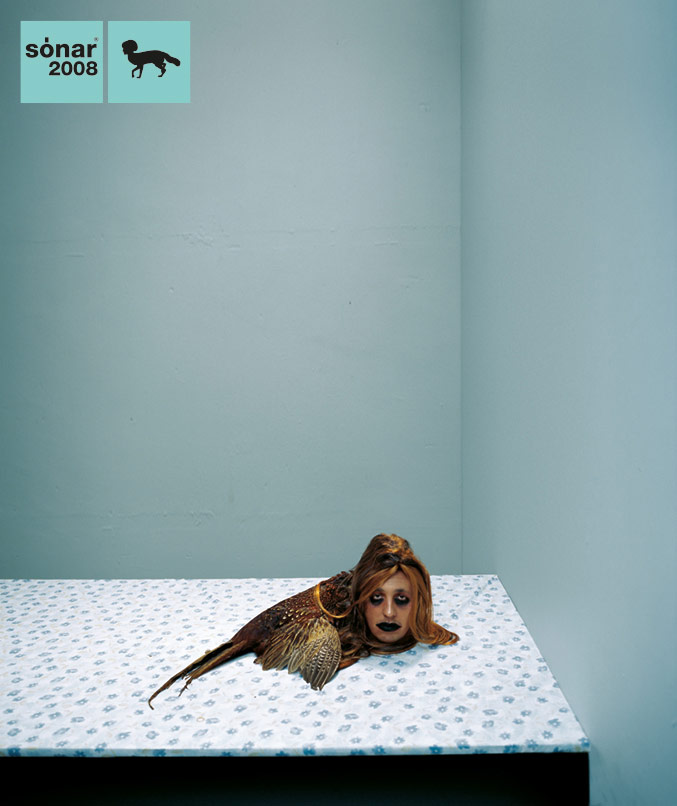 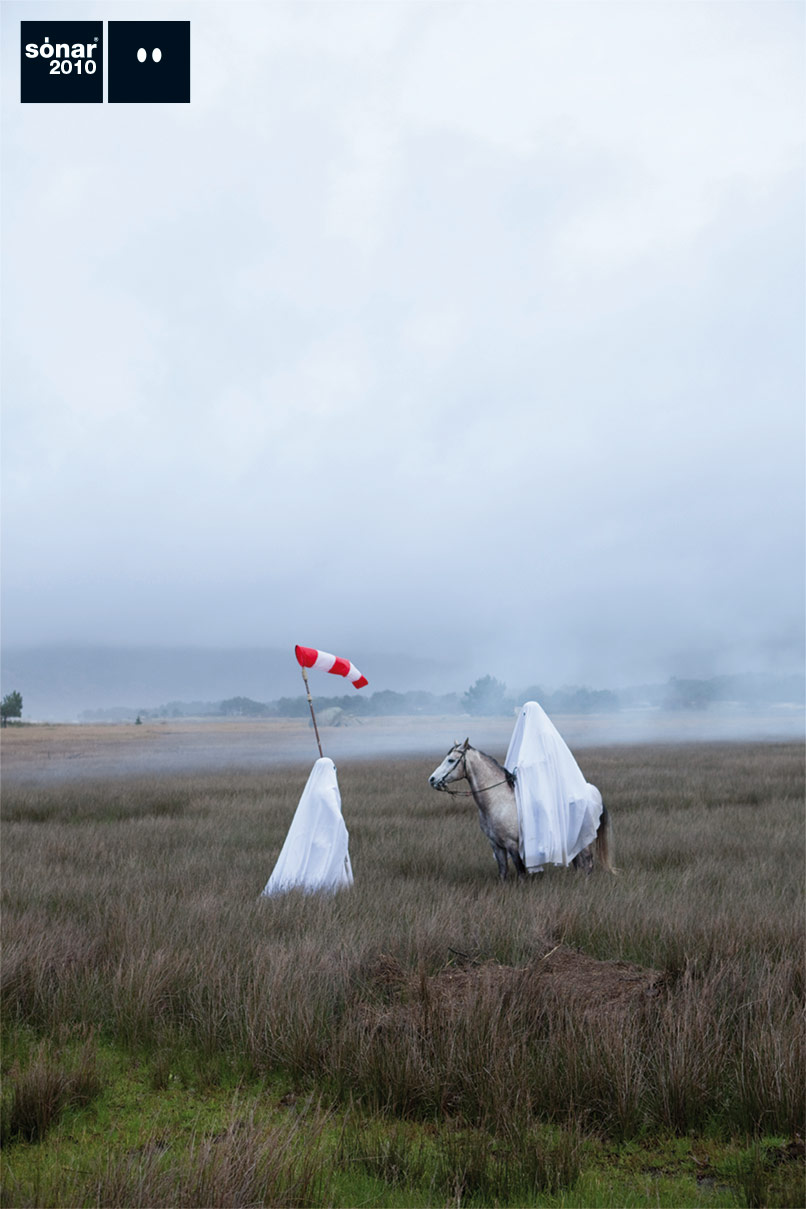 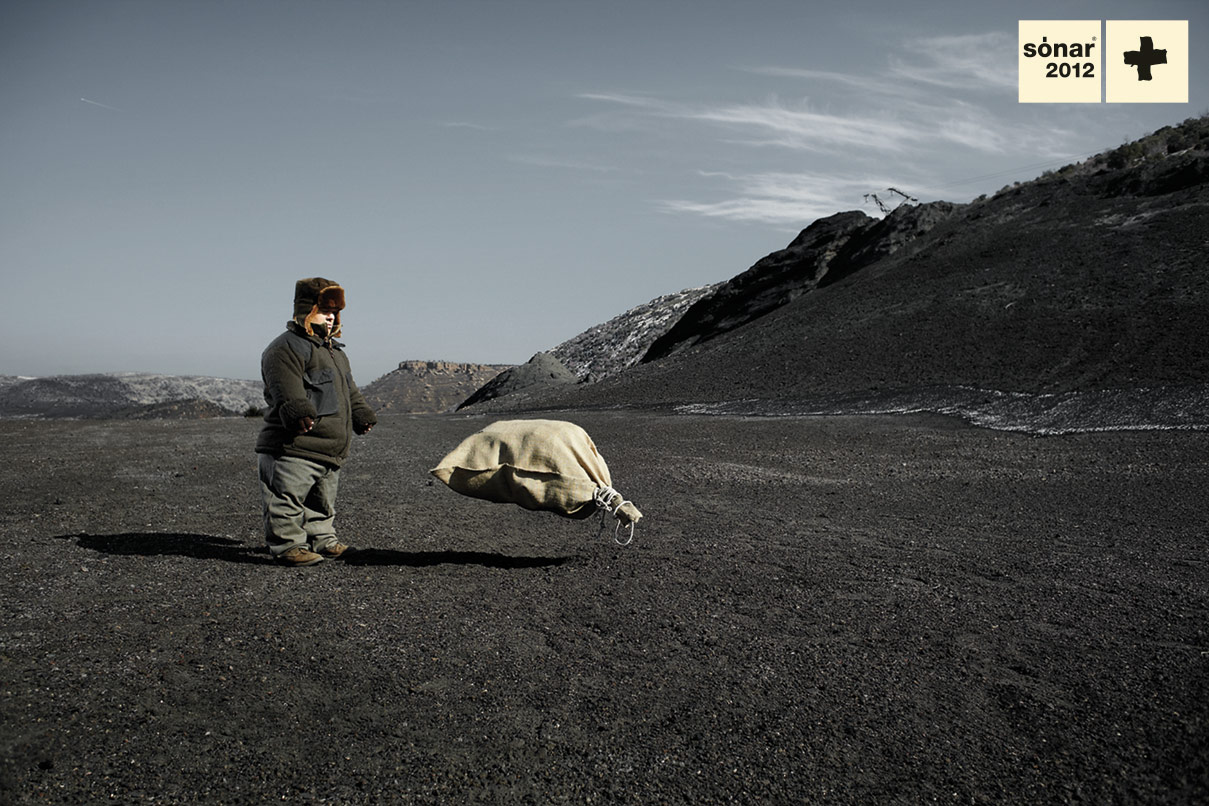 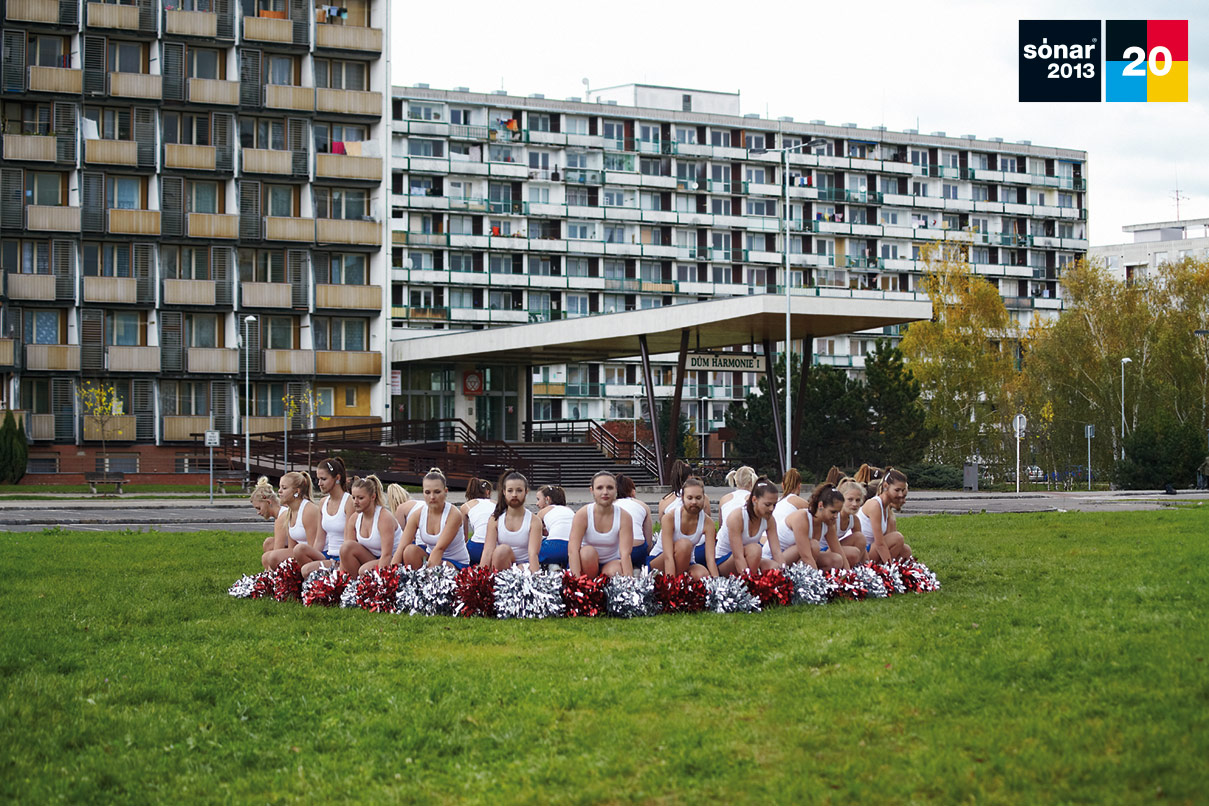