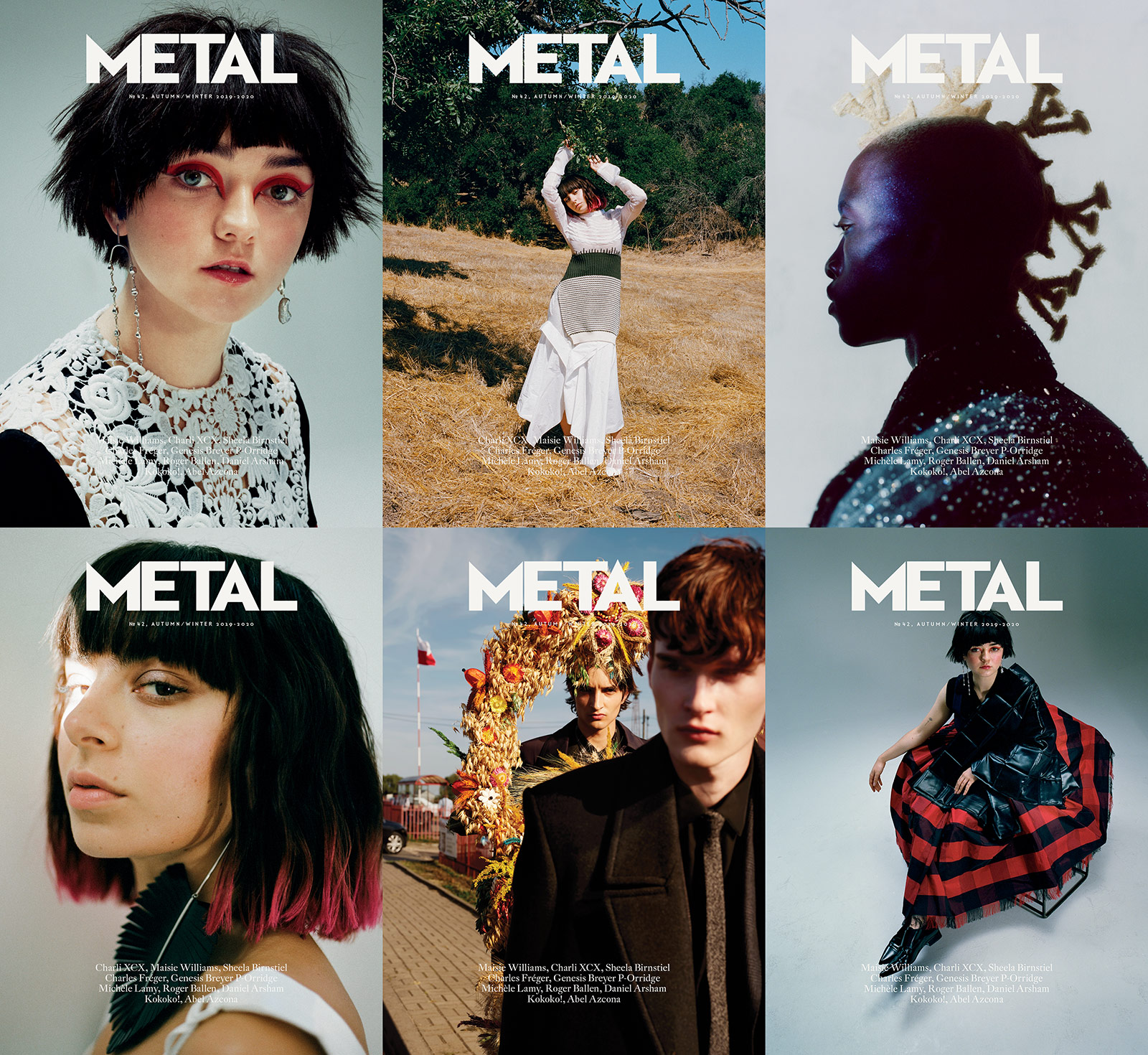 Each time you start working on a new issue, it is like starting a journey without really knowing the destination. You might know what kind of journey you’d like to take, which places you’d like to visit, but you have no idea of where it will lead you to. You choose the car, or you get on an aeroplane and you just leave. It is a bit similar here. But then the road is full of surprises, detours, shortcuts, slow patches and endless rambles that take you to fantastic and unexpected places. That starting point is many times more of a question mark rather than a certainty. Sometimes it’s just intuition, other times a revelation; and it can also be many different things at the same time. Often the issue is already in your head even before you realise it. This is one of those times.
A word: Rituals. And a handful of images that are difficult to unsee, coming from the most striking scenes in Hereditary (2018), the directorial debut of the then not well-known Ari Aster, produced by undoubtedly one of the most interesting independent film production companies of recent years, A24, that has also produced Midsommar, his latest film that came out this year.

The fact is that when the Midsommar trailer saw the light of day, we had already been trying to elucidate to what extent rituals are important to us nowadays. I won’t talk about the connection between both films, but I will talk about how rituals have served throughout the history of humanity as an element of social cohesion, something to keep us strong and united. The ritual as a way of strengthening tradition. Even though sometimes, tradition, customs or beliefs are an aberration.

But the ritual has multiple dimensions, and its interpretation differs according to different schools and sciences that study it. The ritual as a perpetrator of tradition but also as a transforming element, as a way of establishing new relationships and behavioural rules. Rituals help us to reaffirm our identity, to convey our beliefs and to protect us from what we try to avoid.

Even though many of them are linked to religion, the fact is that rituals don’t have to be religious. Births, weddings, funerals, but also different kinds of celebrations, parades, graduation parties, sporting events, festivals. In an increasingly secularised society, do we continue to attend rituals? We do. Perhaps religion has now been replaced by other cults – of nature, sports, the body, art, science or culture in general. But in its most basic form it continues to be the same thing, we reach out to them to reaffirm ourselves as a group, as a society, to share our worries, to grow, to look for answers, to celebrate that we are alive, and to learn a bit more about our own existence.

And so, in this issue, we talk about rituals a lot with certain people that have a lot to say about them. For starters, we’ve been lucky enough to interview Henrik Svensson, the production designer of Midsommar, who tells us with a wealth of detail about how he came up with, planned and built Hårga, the commune where the action takes place. We also talk with, among many others, photographer Charles Fréger, who has photographed rituals from different communities around the world for many years; with Sheela Birnstiel, whose rise to stardom was due to the Netflix series Wild Wild Country, and whom we visited in her house/residence in Switzerland; Genesis Breyer P-Orridge, who not only opened their heart to us but also their photo archive; Charli XCX, who tells us about her rituals; Michèle Lamy, with whom we talk not only about fashion but also music; or the artist Abel Azcona, whose radical performances have put him on the international map. And to top it all off, as the epilogue, we have Maisie Williams’ text about how certain rituals have helped her keep her sanity amid the whirlwind of playing Arya Stark since her early teenage years.
METAL 42 is already on newsstands, but remember that you can also buy it via our online store. 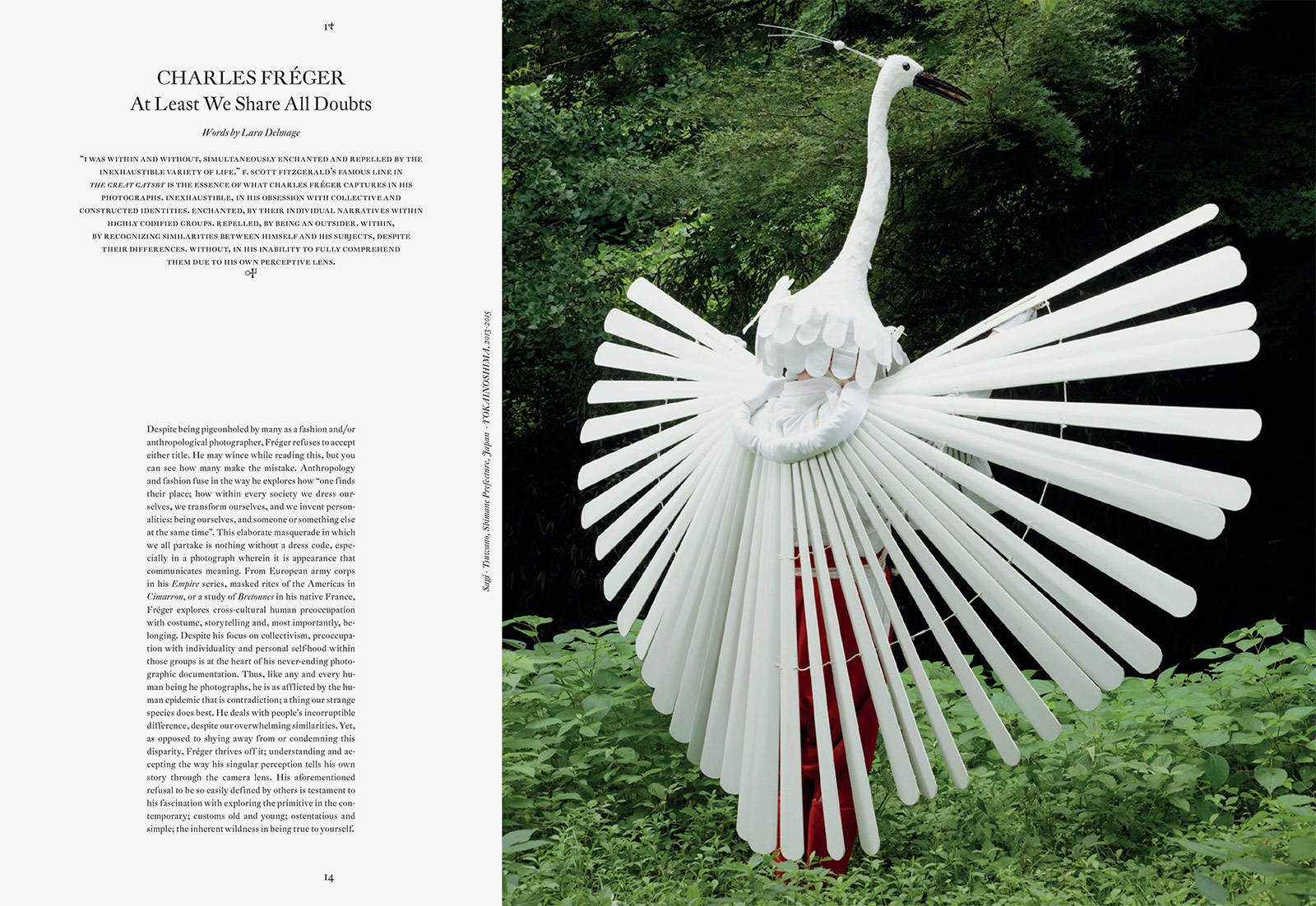 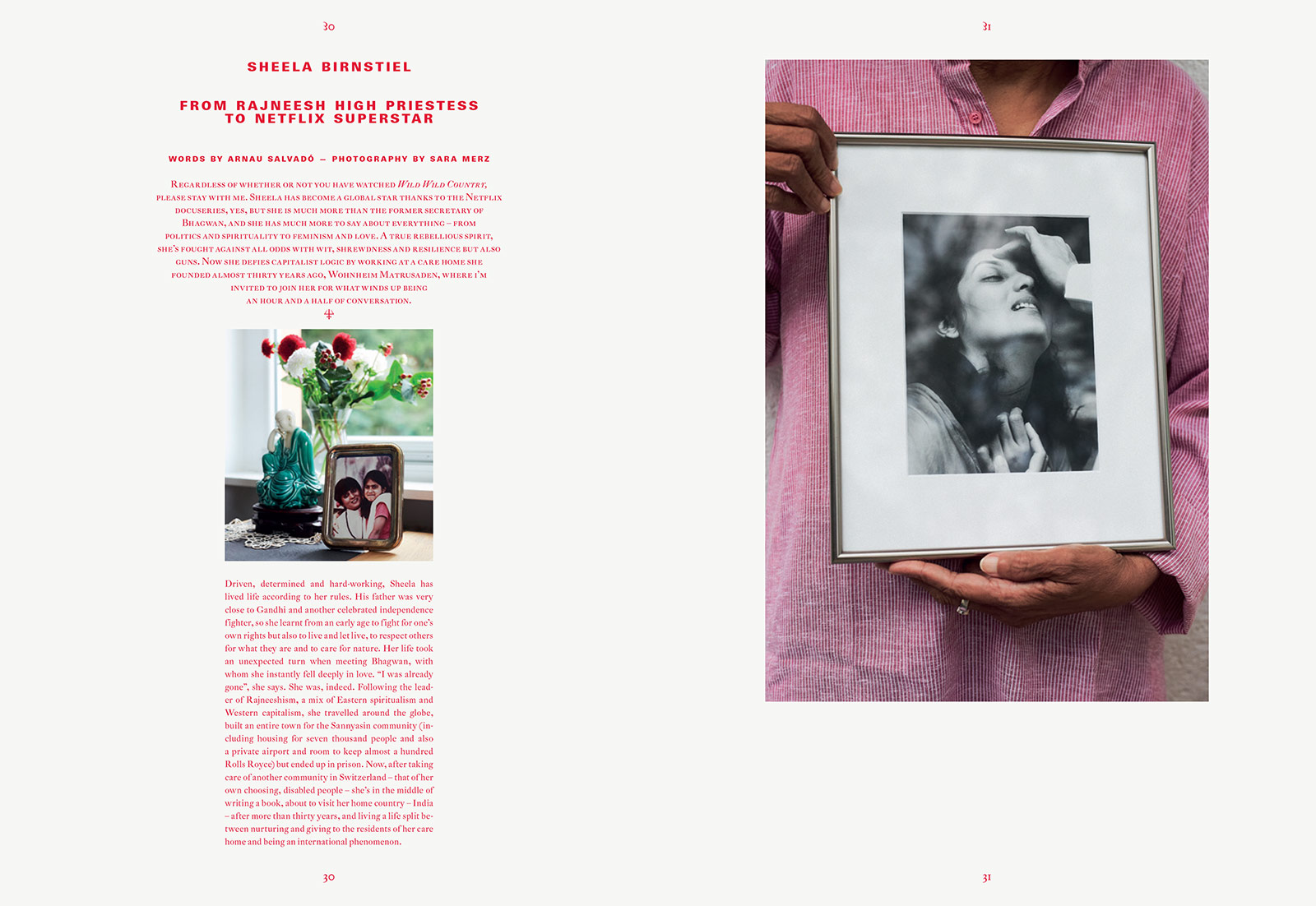 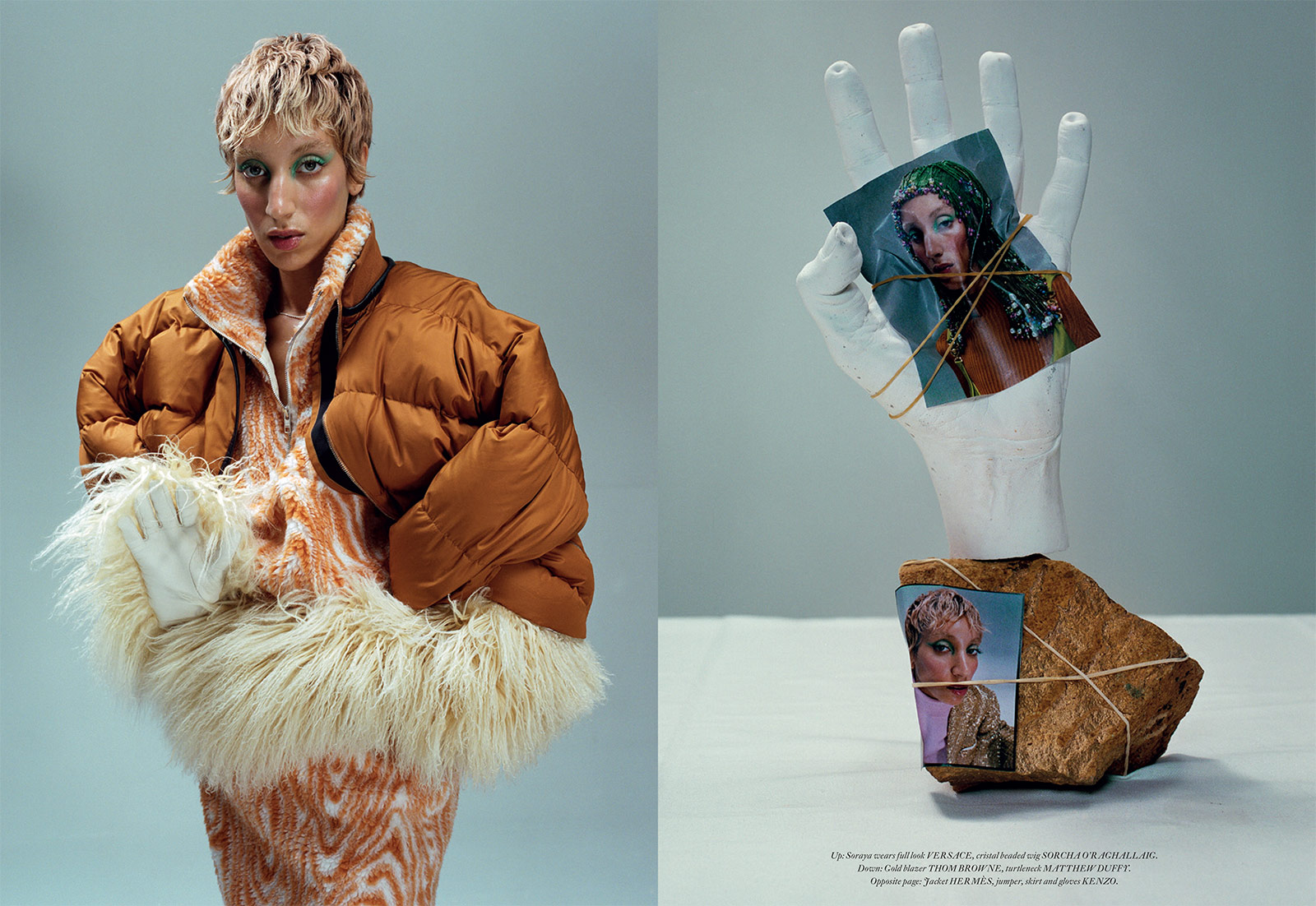 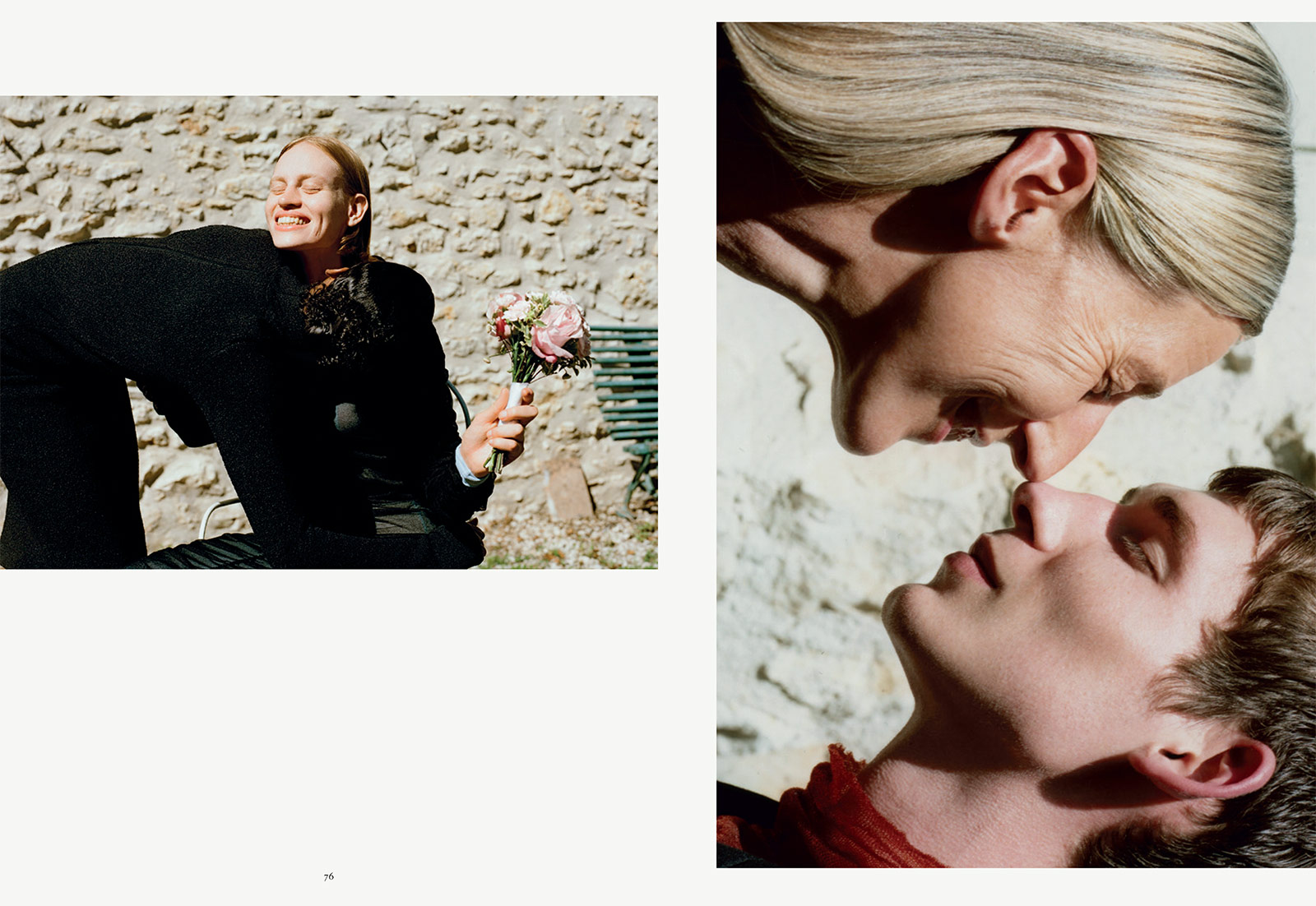 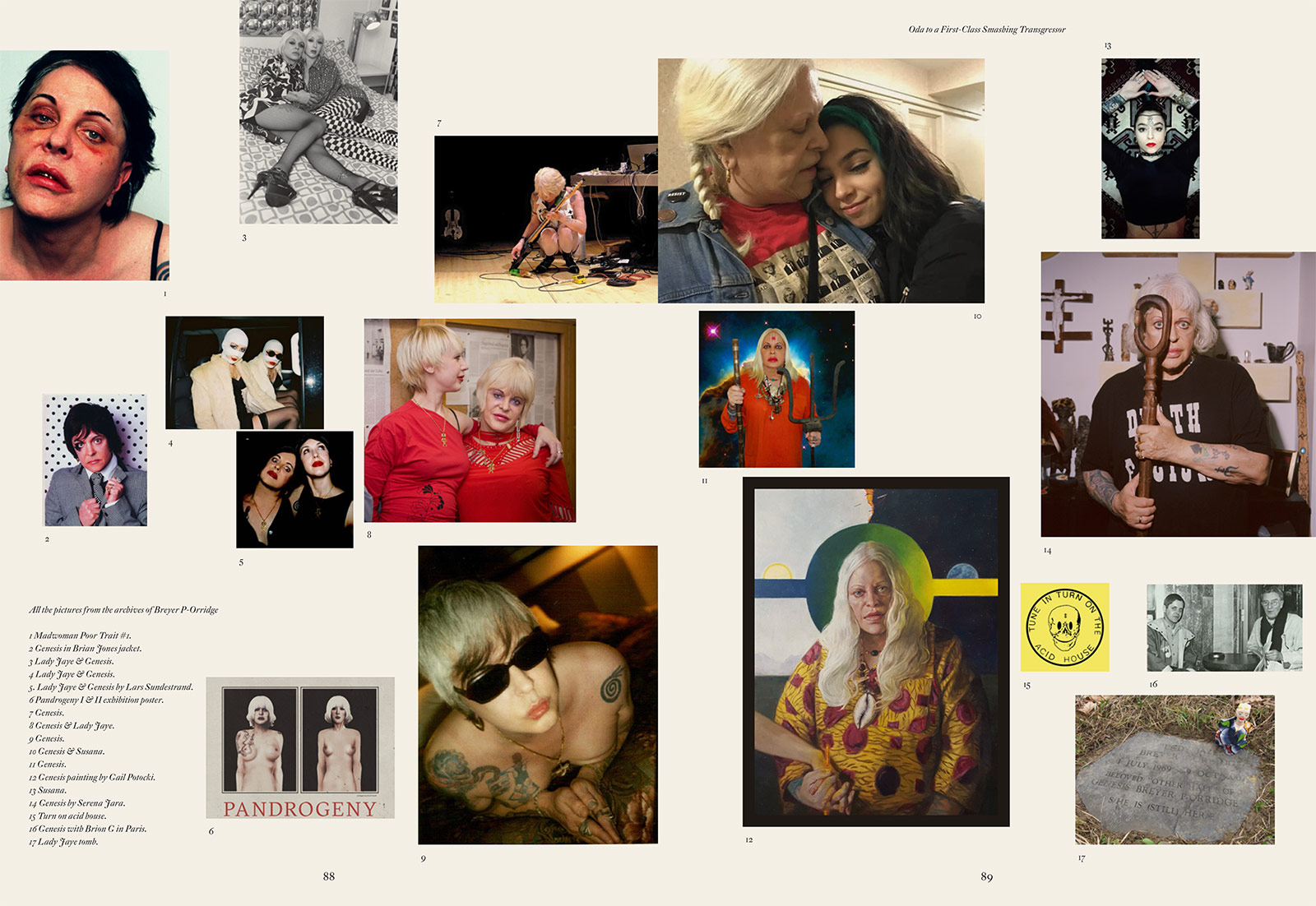 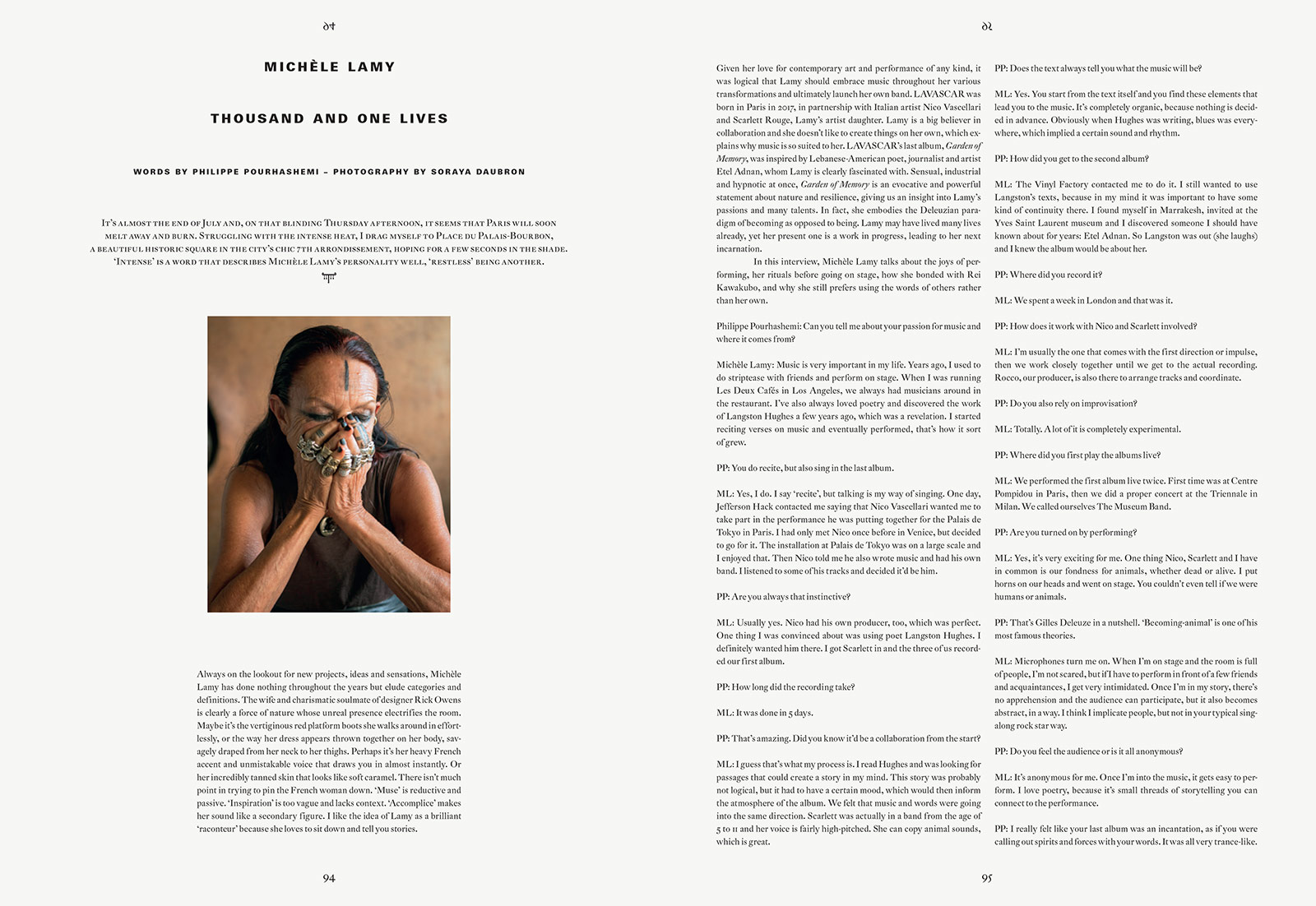 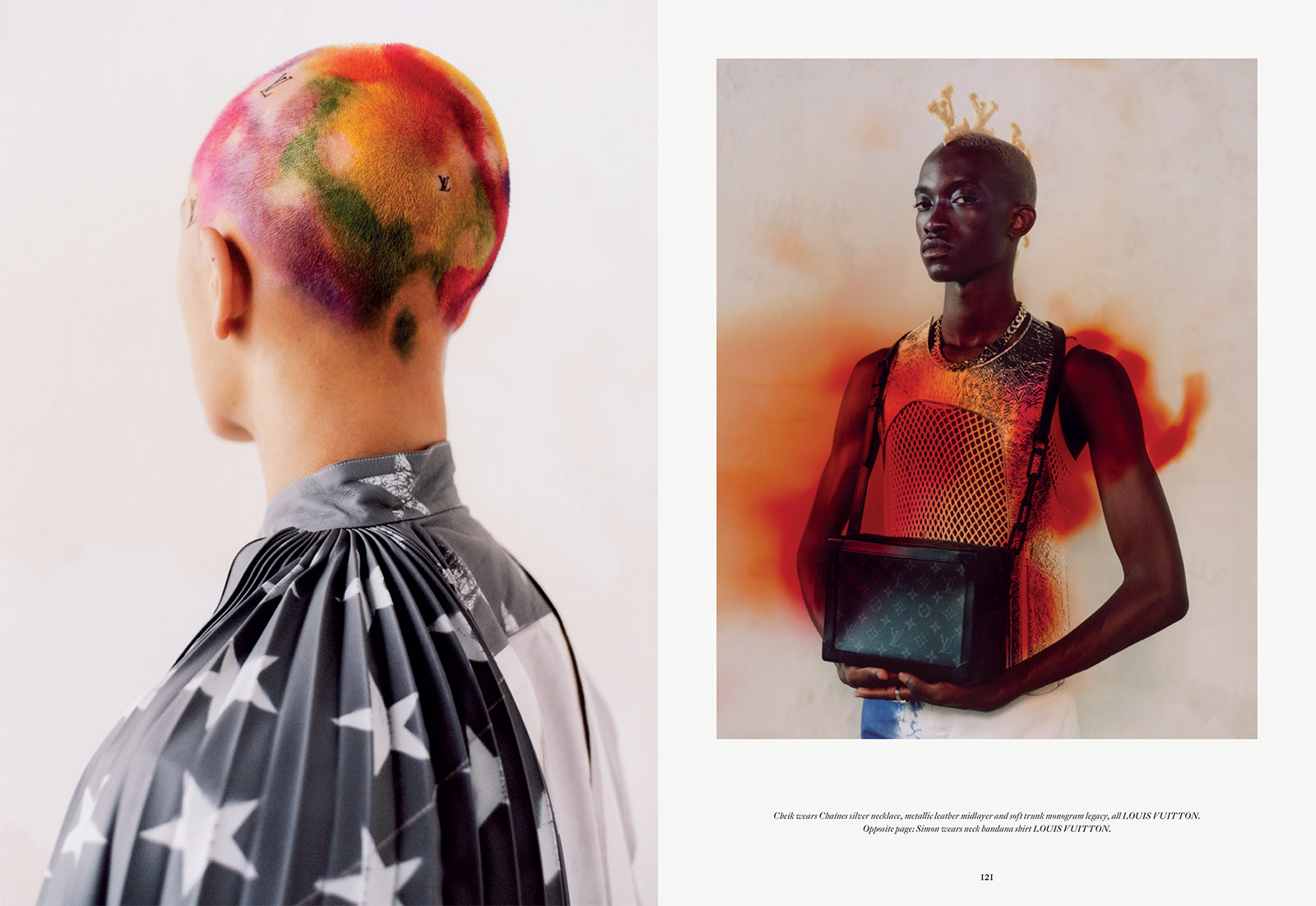 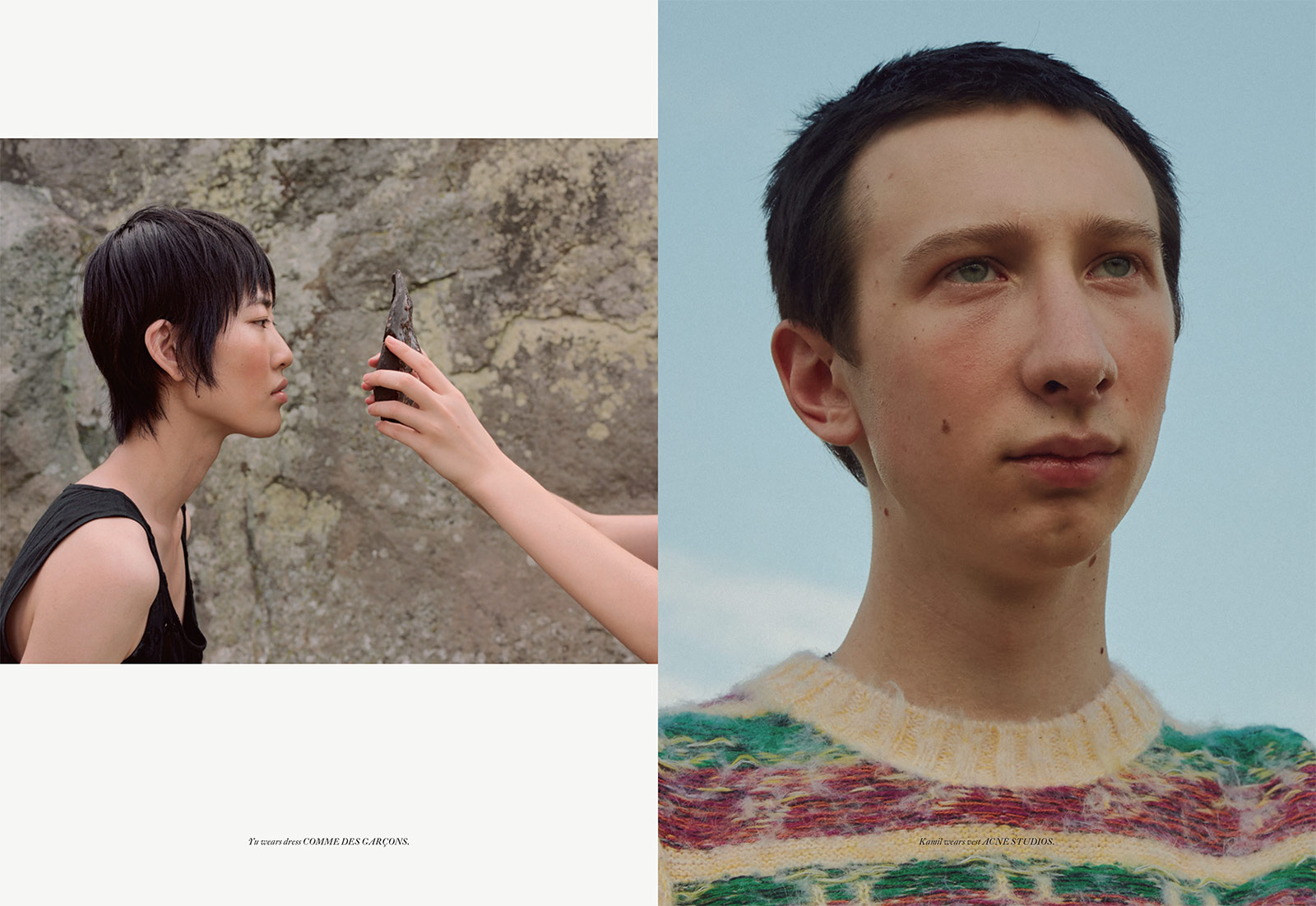 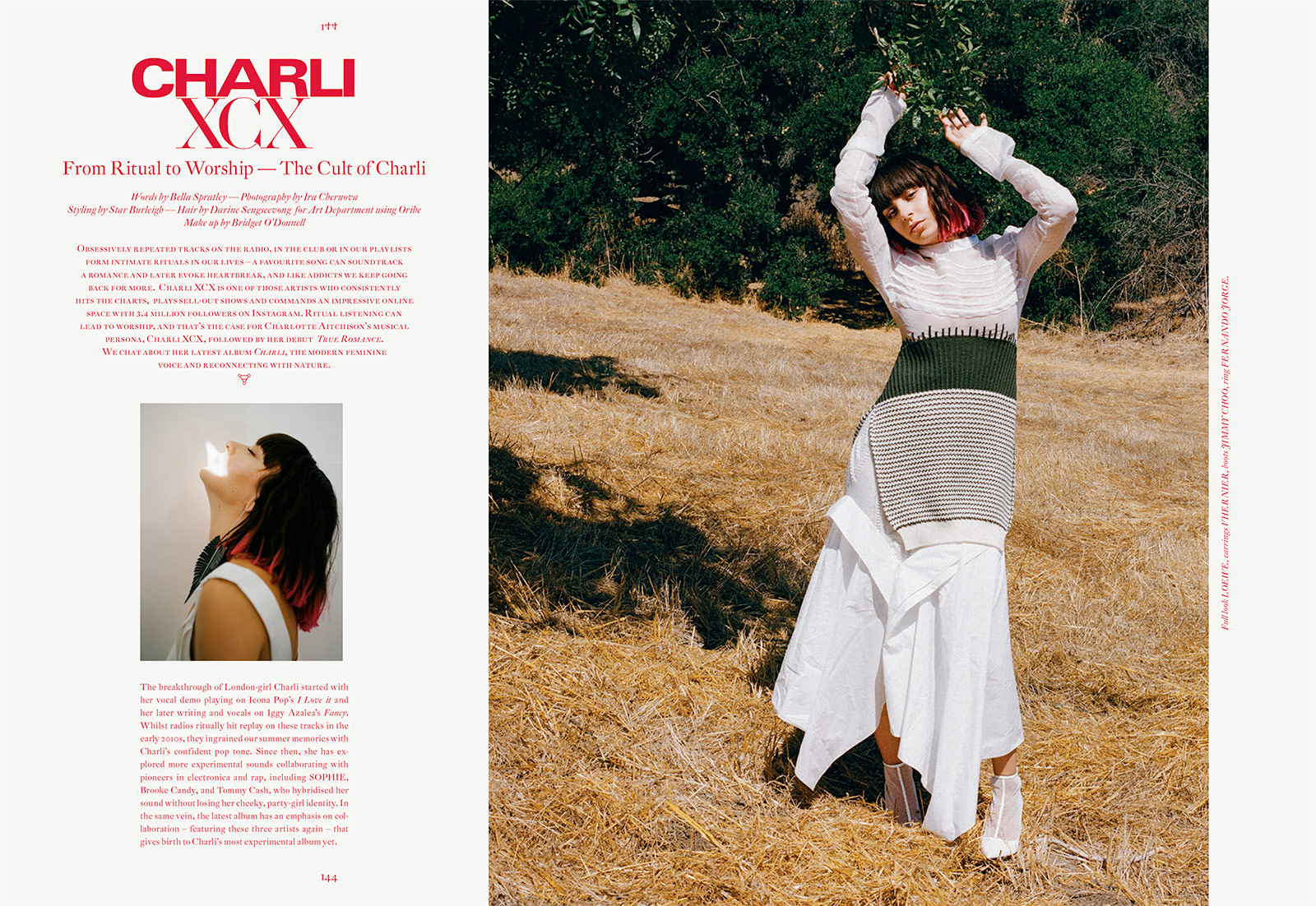 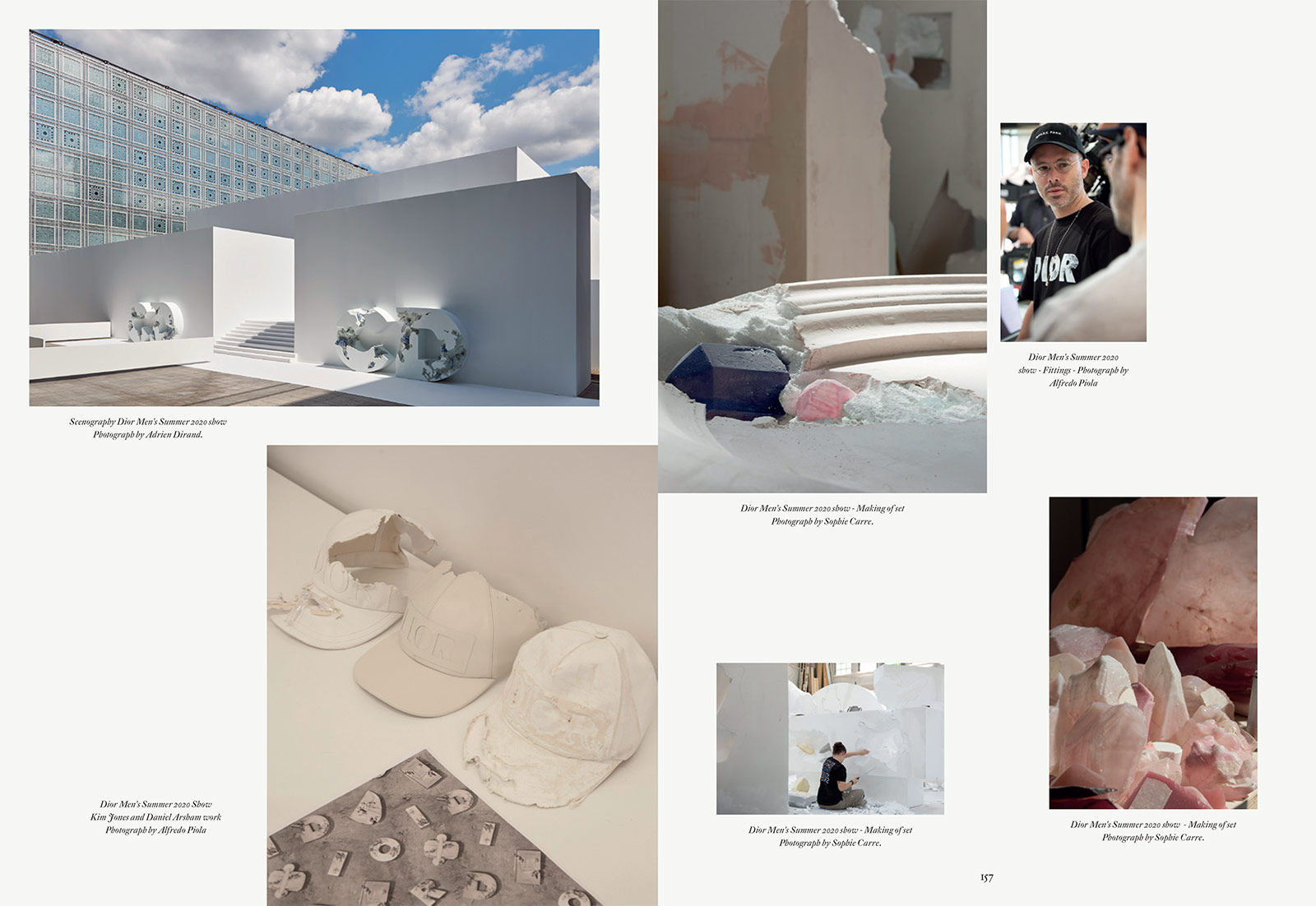 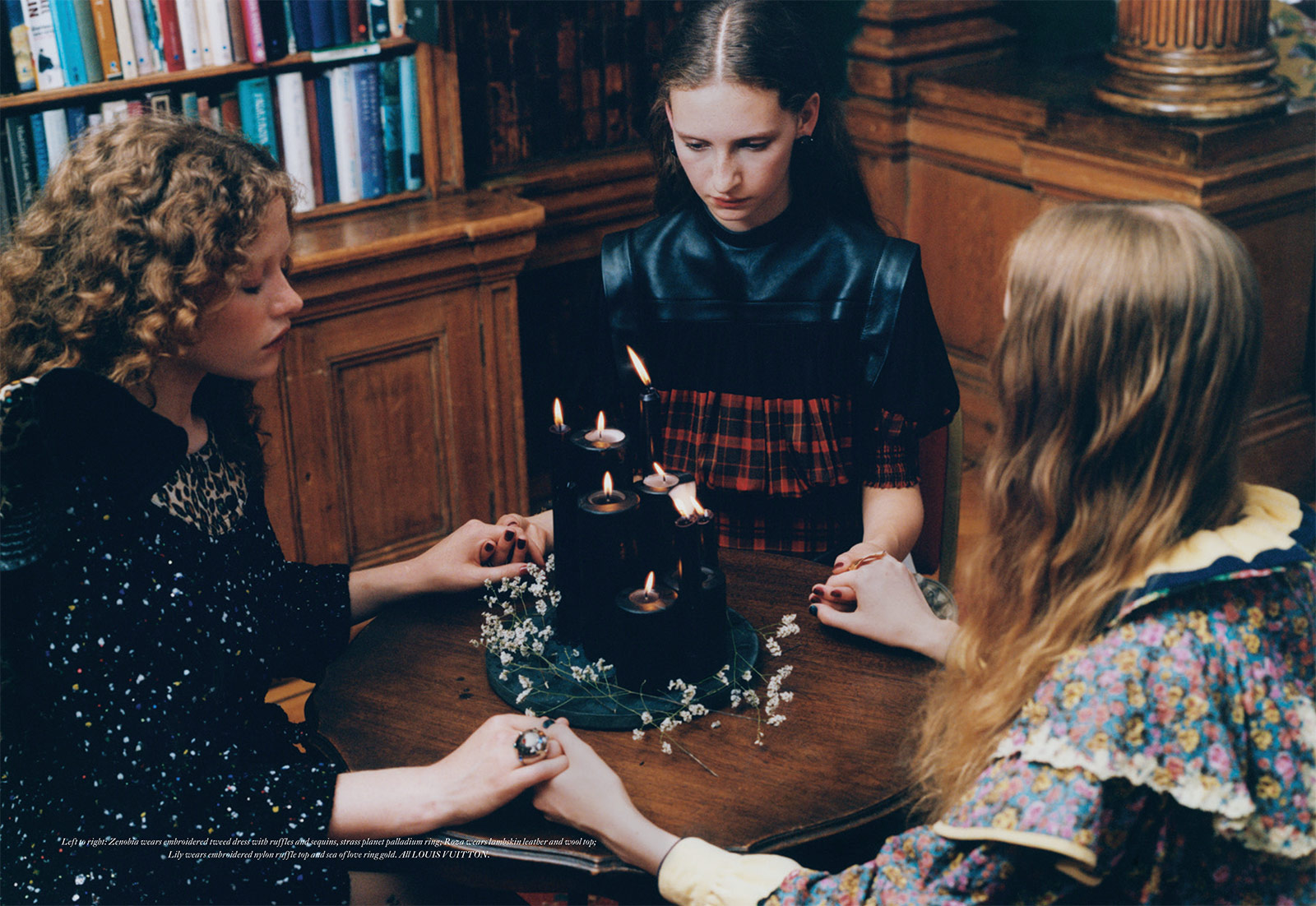 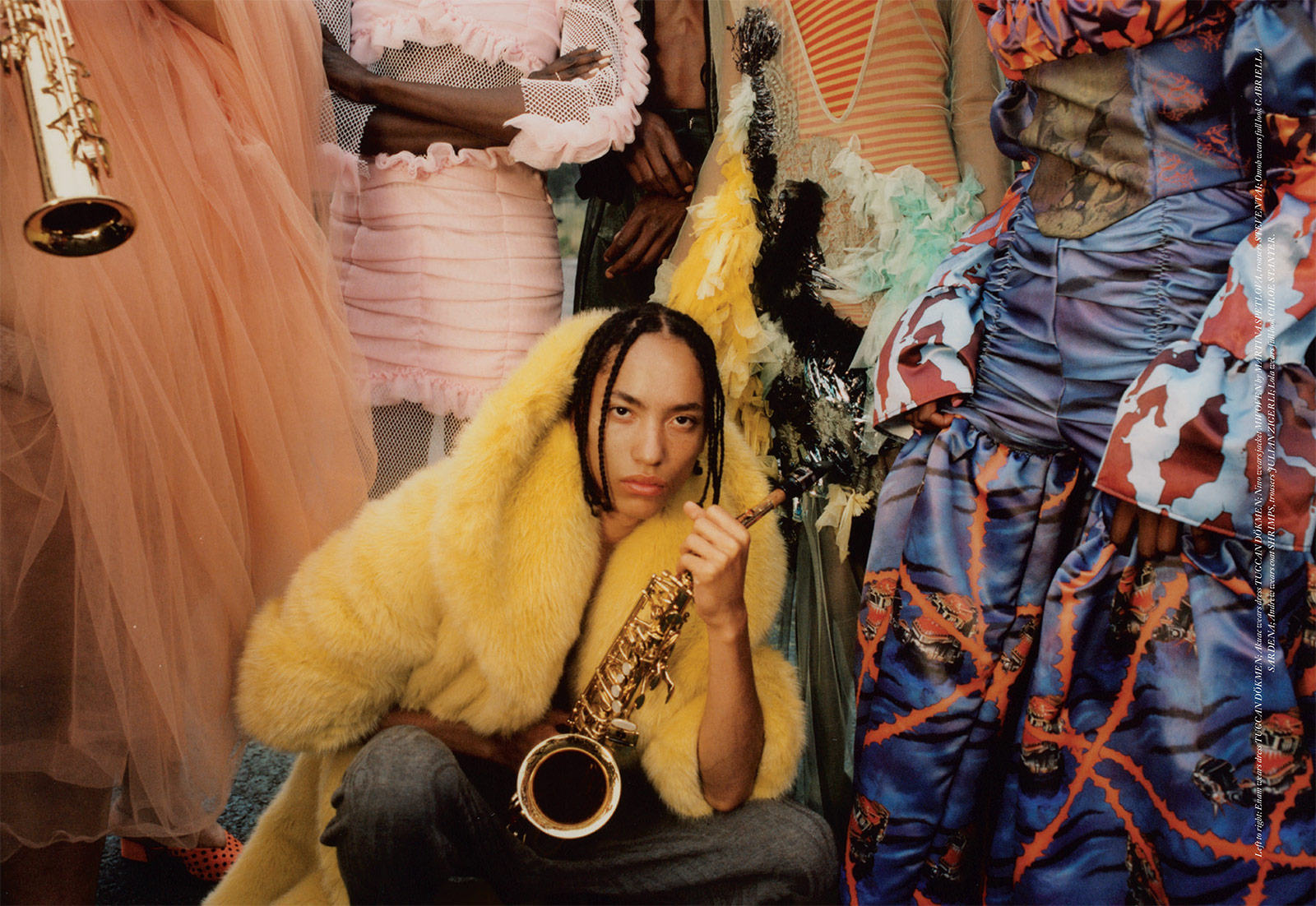 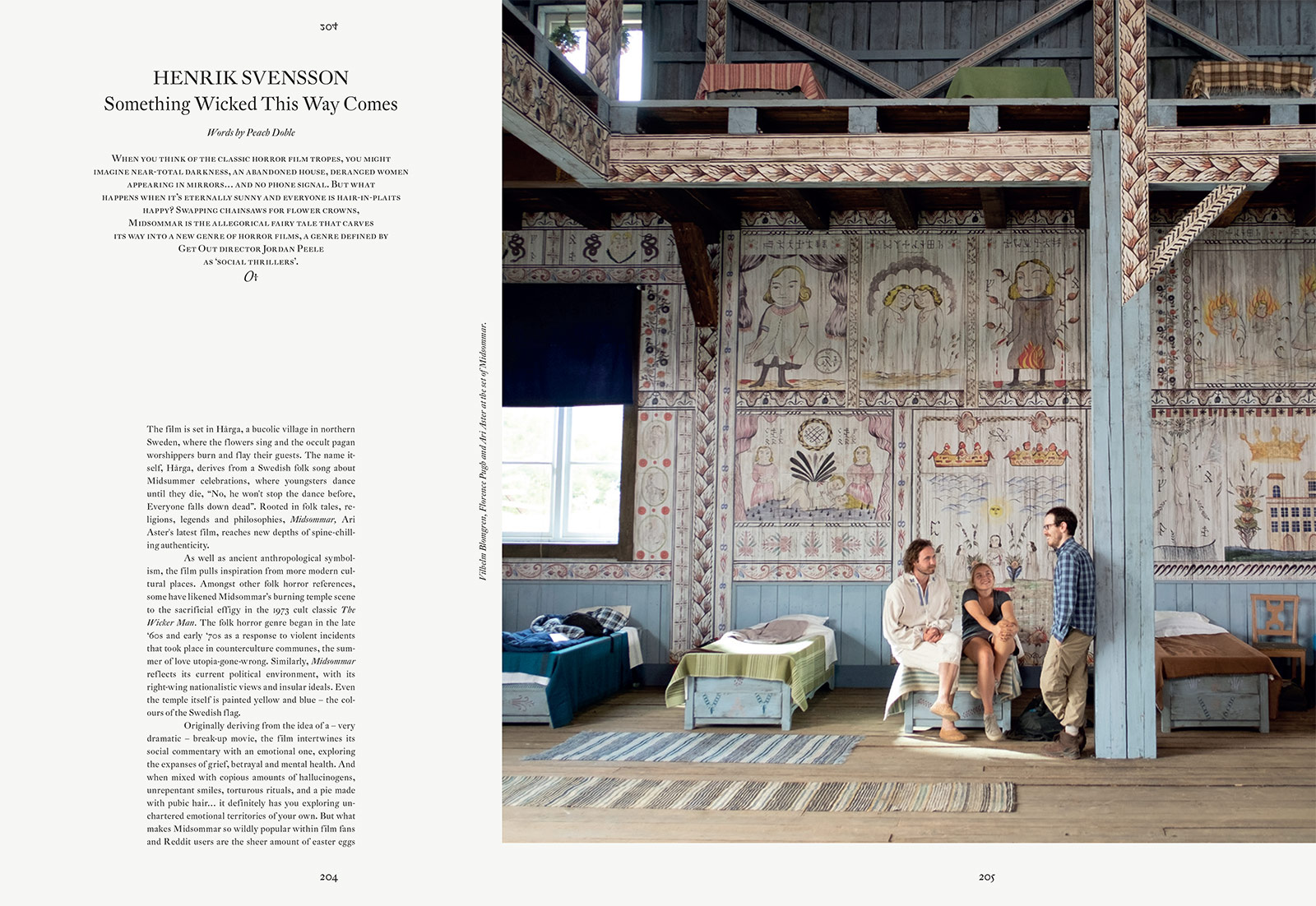 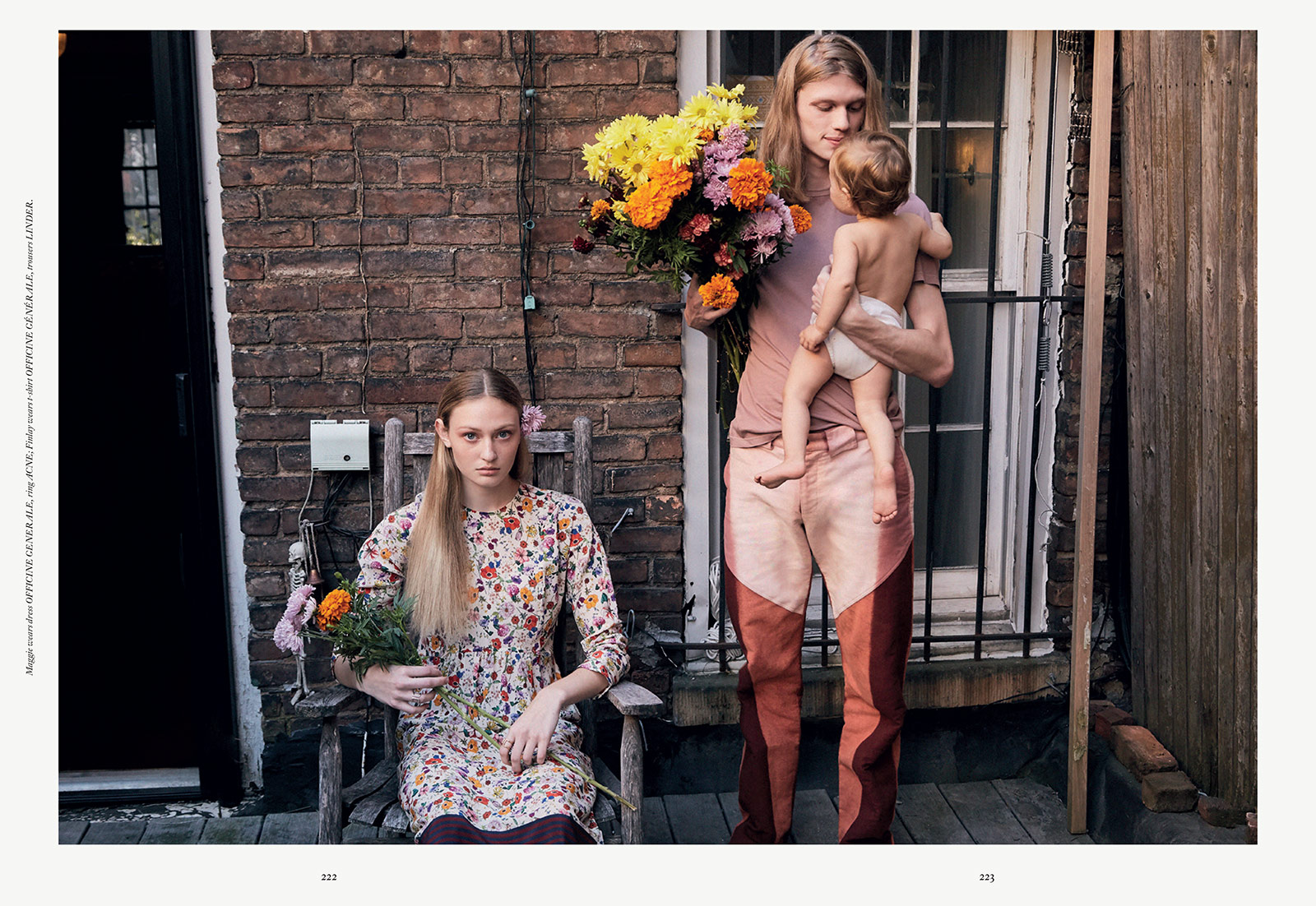 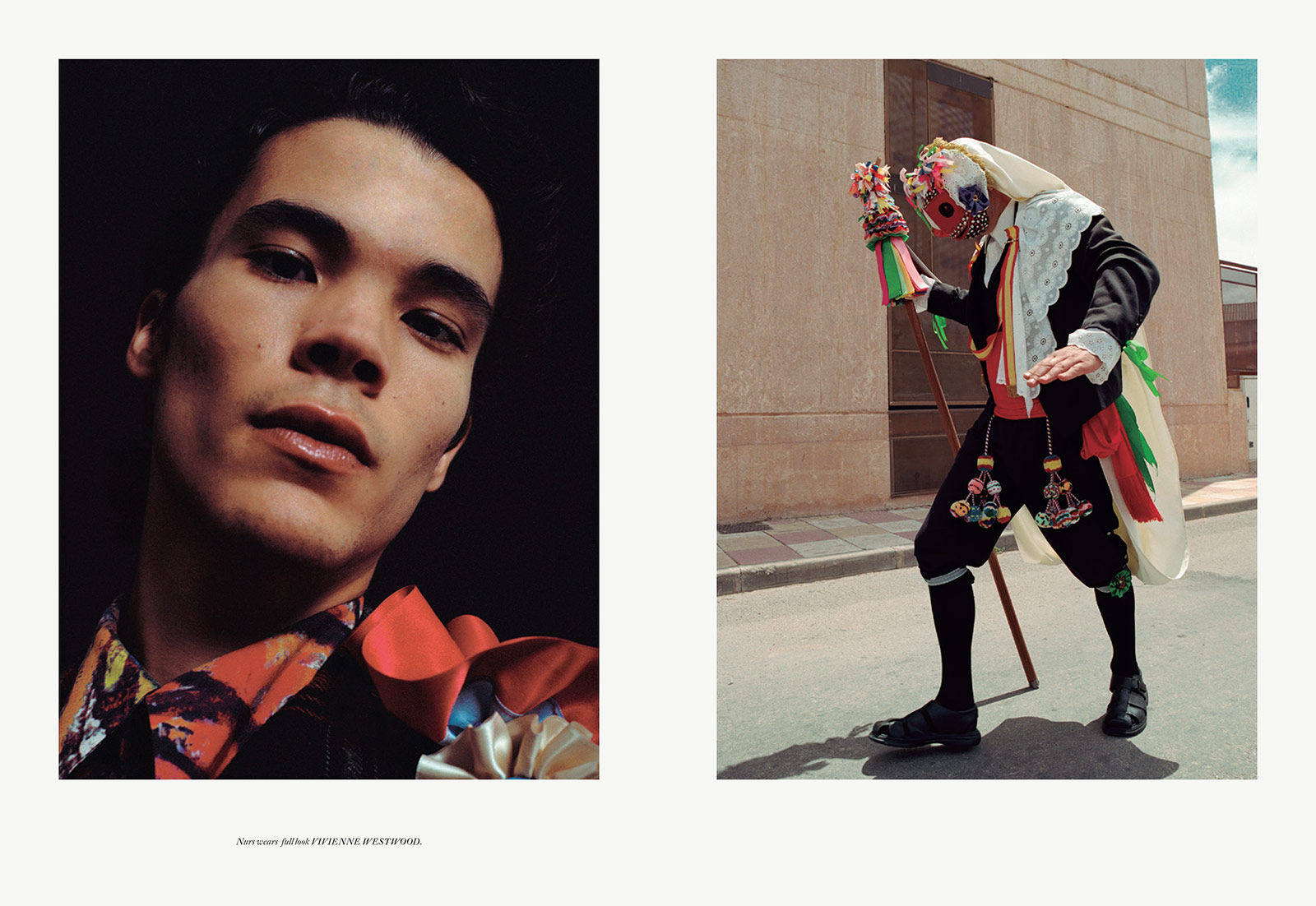 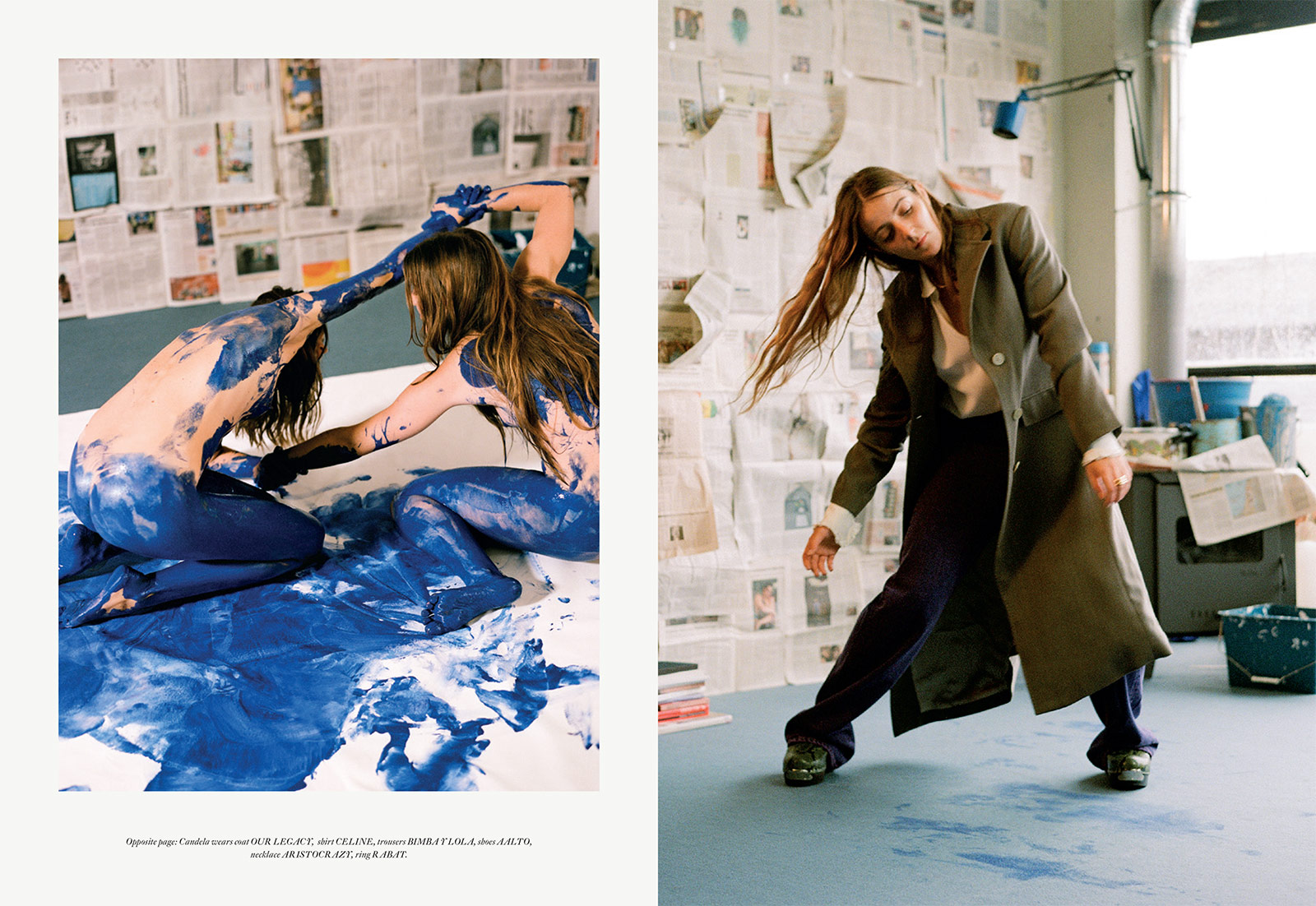 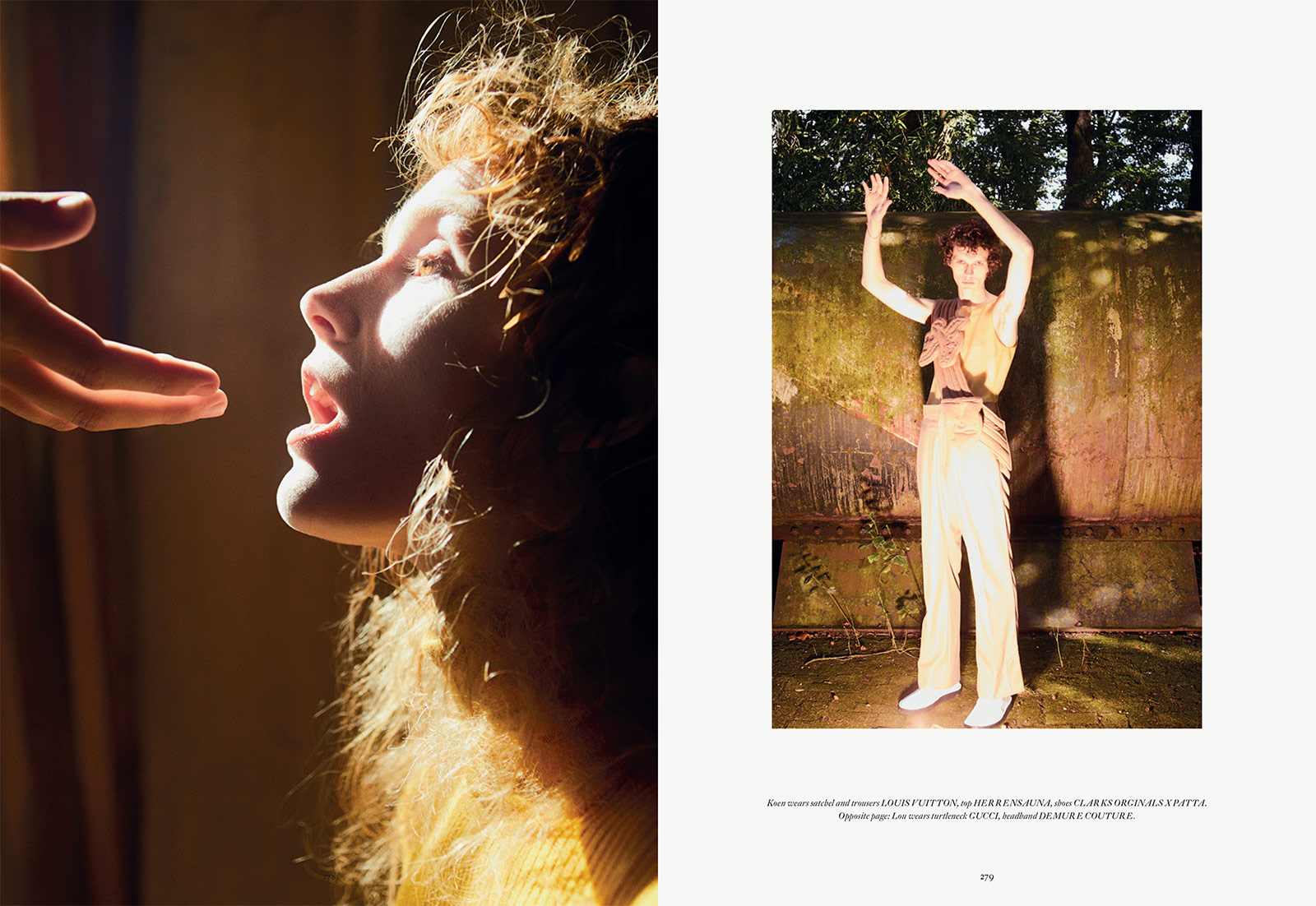 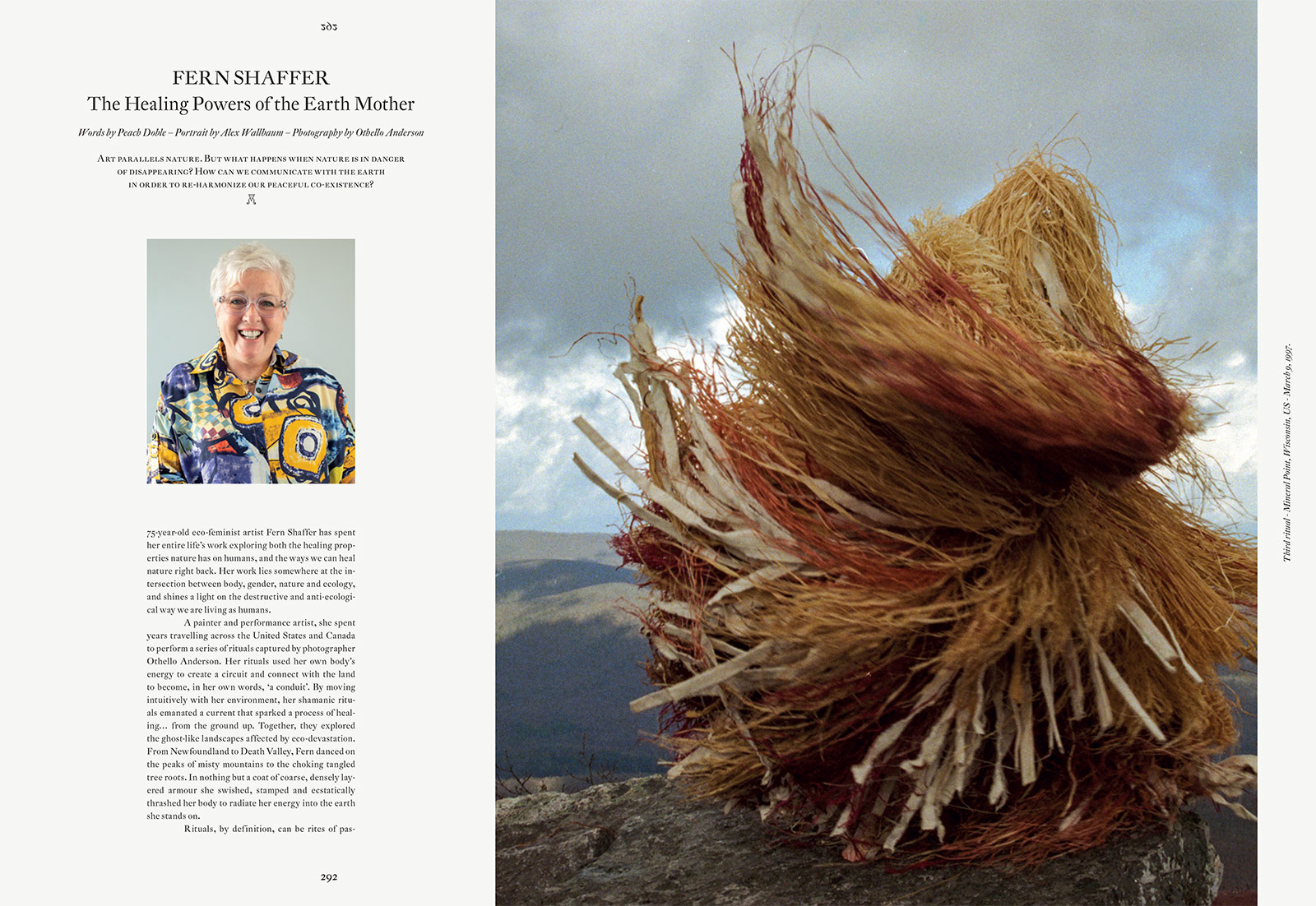 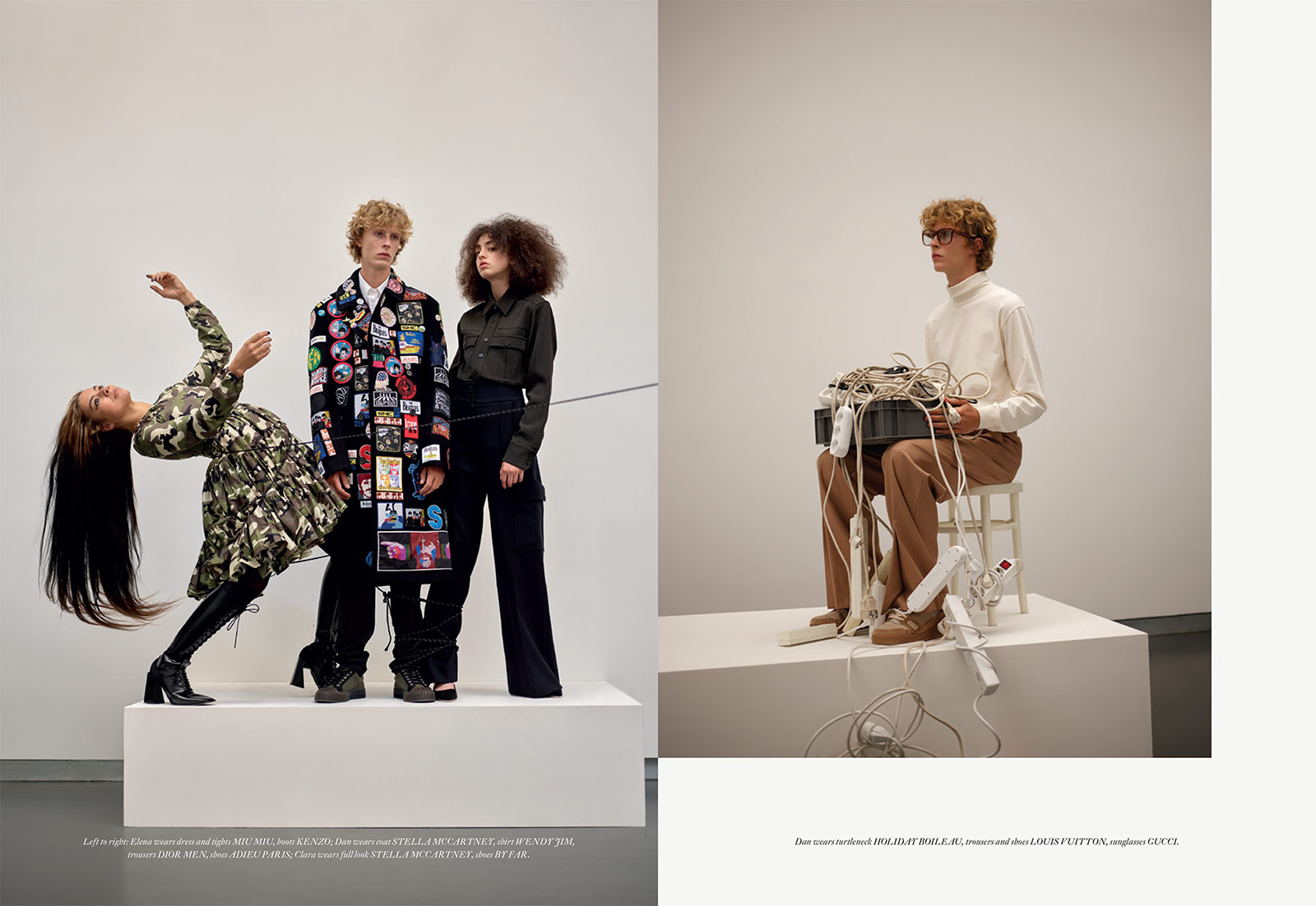 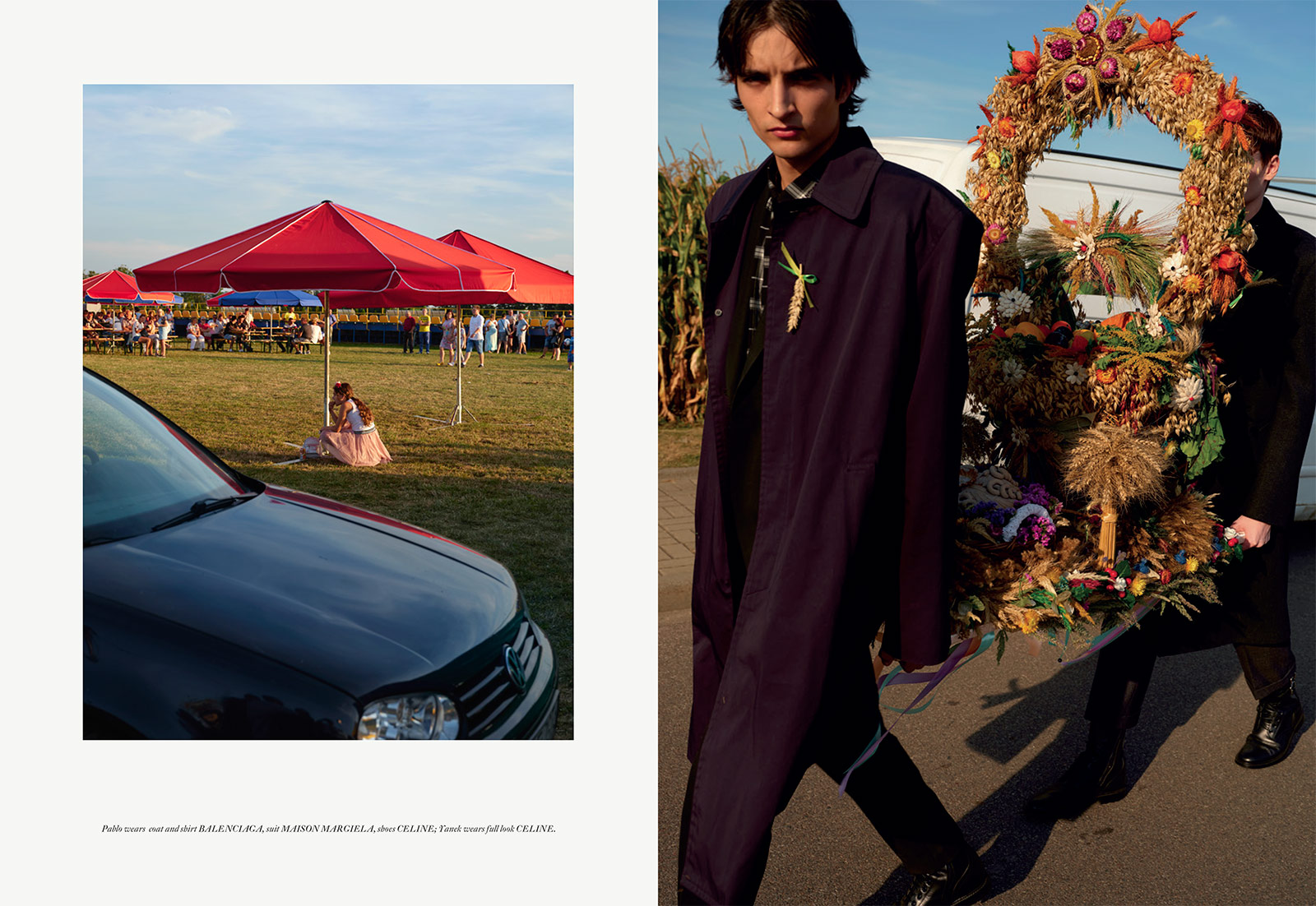 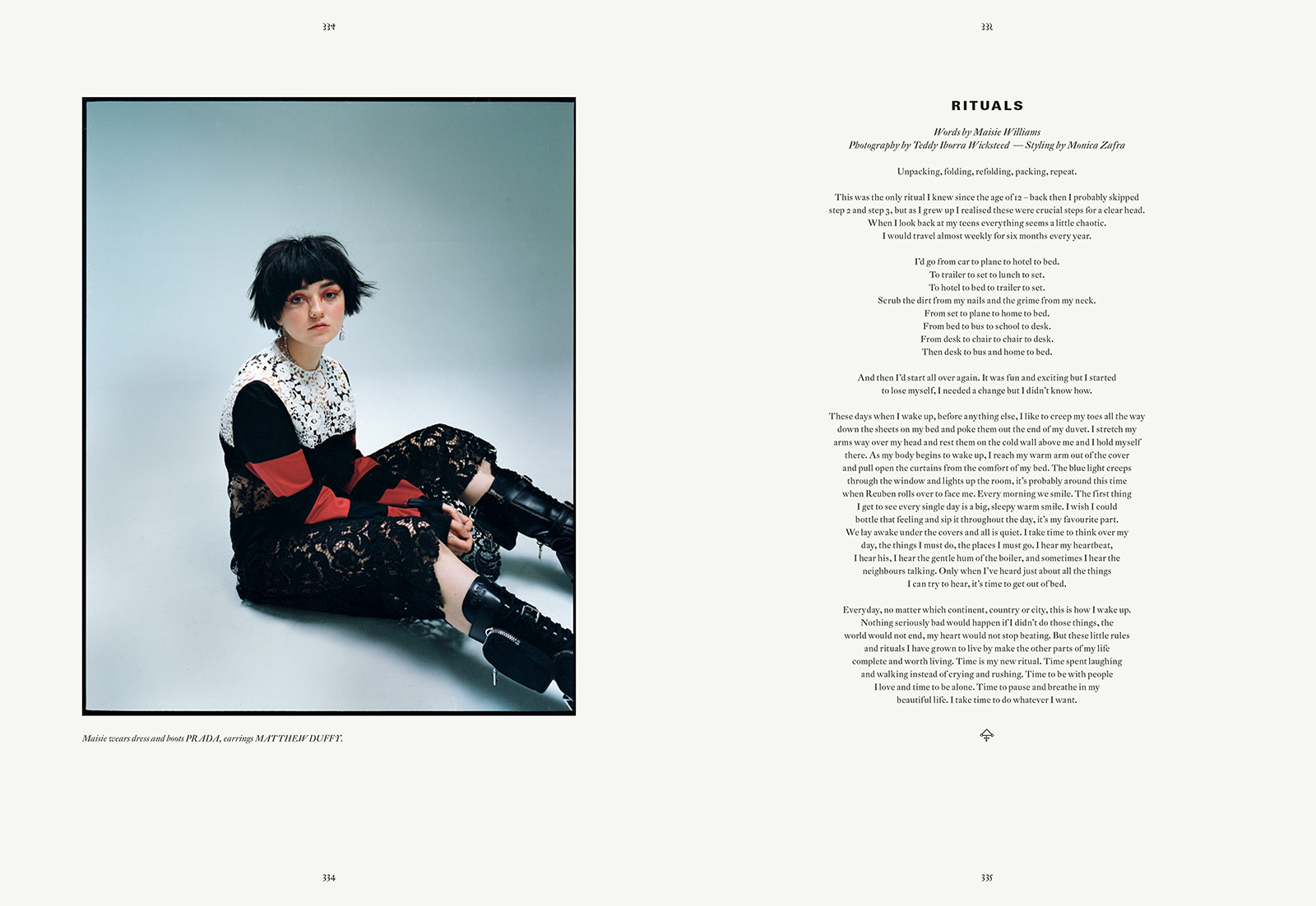