The legend of gay glam 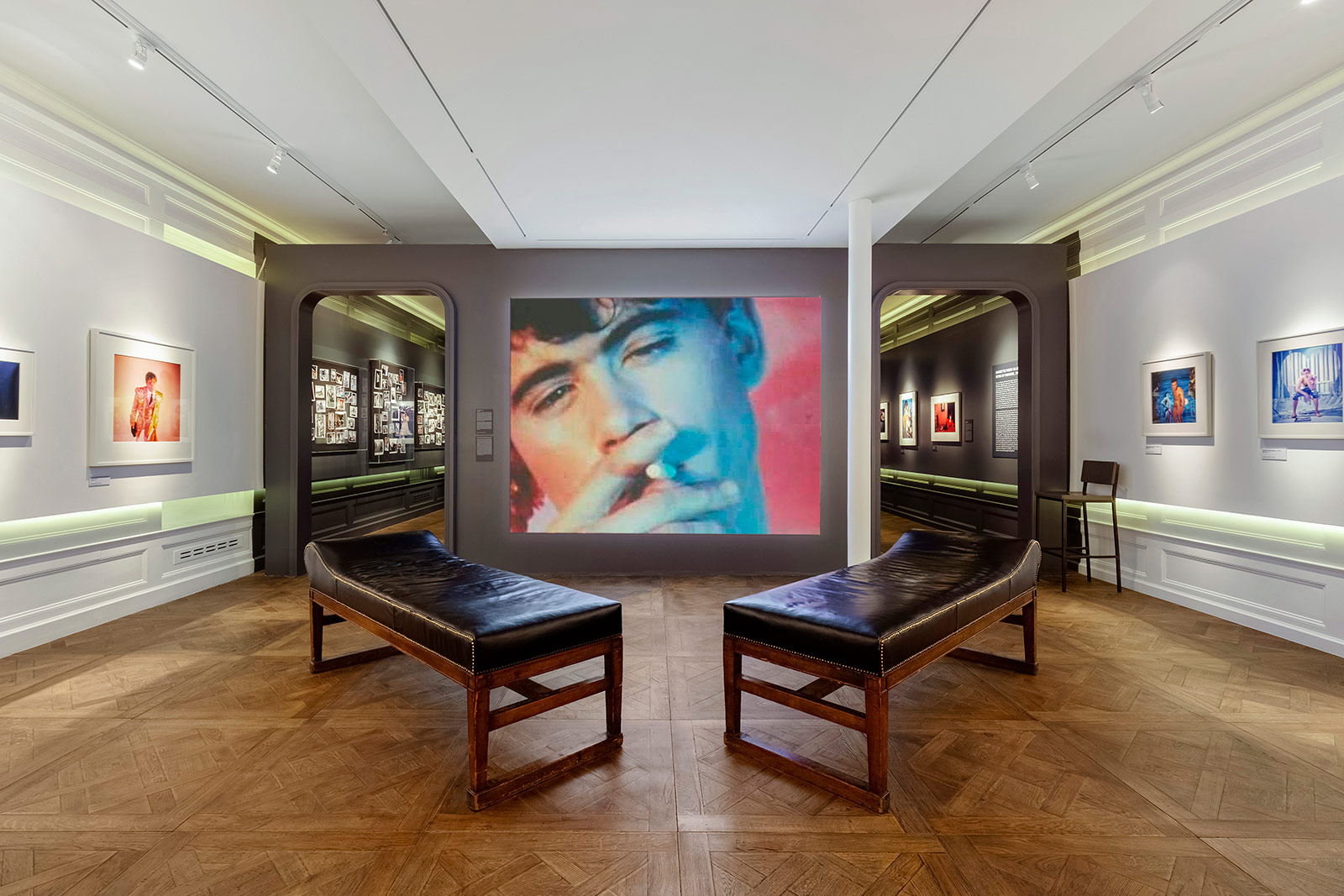 The James Bidgood: Reveries exhibition at The Museum of Sex in New York City offers viewers a glimpse into the colourful, mythological, erotic world of homosexuality and freedom he constructed in his ethereal pornographic images. However, with the Stonewall movement yet to occur, behind his work’s celebration of homoerotic imagery and ‘alternative’ sexuality is a dark context of discrimination and systematic hatred of all things queer. In comparison to straight pornography of his day, Bidgood’s work dispenses of kitsch narratives and cheap, visceral shots for a more tasteful and delicate approach, claiming a space not only for homosexuality within pornographic media but for pornography in art, also. The exhibition is open until September 8.
Bidgood delved into the thriving and yet persecuted New York underworld of drag and pornography when he was only 18 and made the subculture his home. Literally speaking, as he even lived in his sets – his wonderful imagery was shot in his tiny apartment. He would make his own props and utilise his clever eye to transform his dingy dwelling into anything from a satin laden underwater kingdom to Greek God Pan’s luscious realm of promiscuity. The photographs are tender and tasteful in Bidgood’s use allegorical setting and design; a true creative legacy. Each shot has a peaceful air to it, interesting considering the political nature of the imagery.

In the 1960s, full-frontal nudity in publications was still forbidden, especially concerning the male eroticised form. Thus magazines like The Young Physique and Muscleboy cunningly (although not necessarily convincingly) used ‘health’ and ‘fitness’ as the reasoning for their exposure of the male flesh. Bidgood was inspired by these magazines, and the exhibition features prints he would have had in his repertoire. In addition to original prints from the ‘60s and contemporary prints of his work, the collection also features ephemera from his glamorous and yet sadly subterranean life as the gorgeous queen Terry Howe moonlighting at the iconic Club 82. Not only this, but his 1971 erotic feature-film Pink Narcissus is also on display to attempt to portray the sheer scope of Bidgood’s fabulous DIY vision.
The exhibition James Bidgood: Reveries is on view until September 8 at The Museum of Sex, 233 5th Ave, New York. 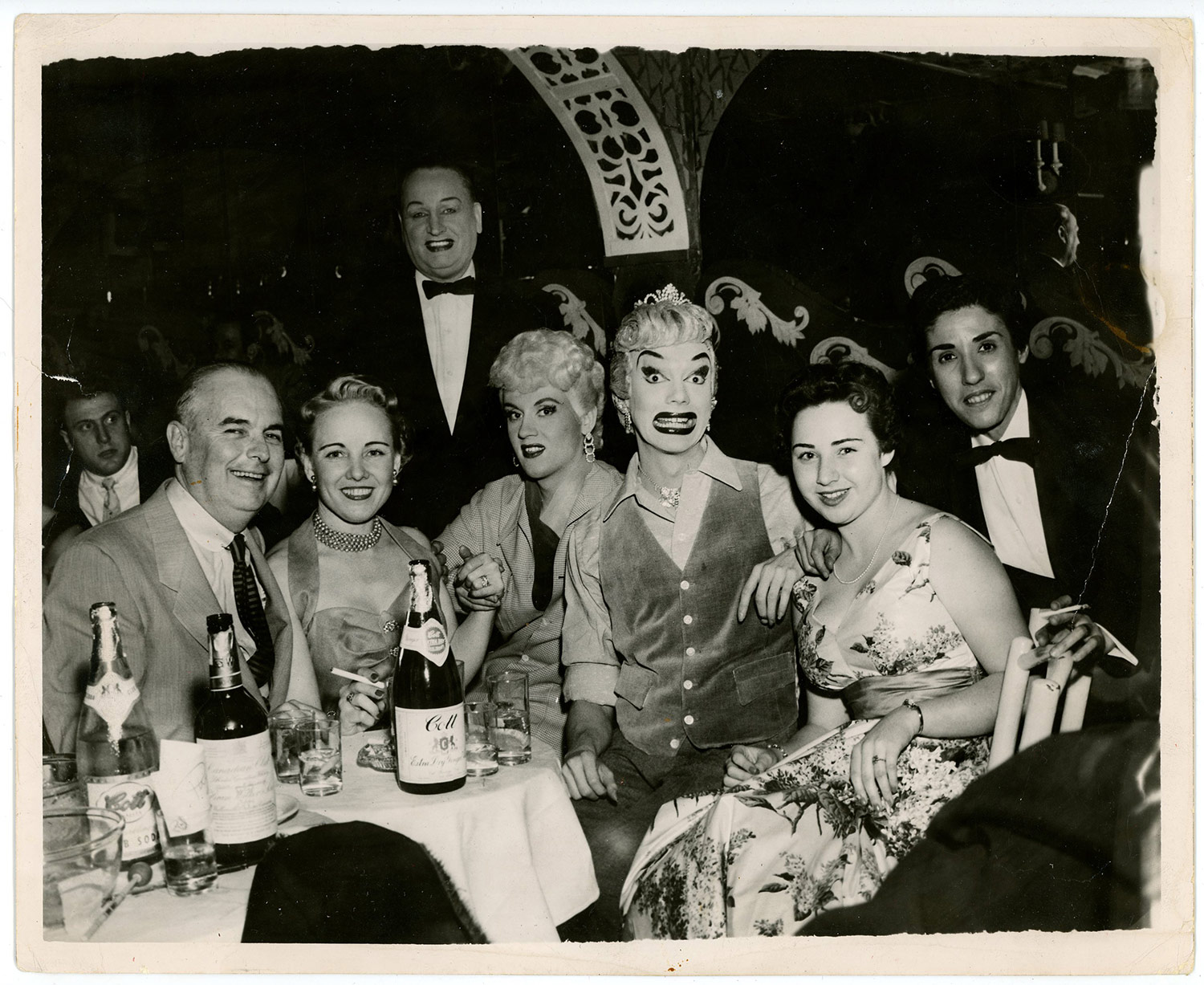 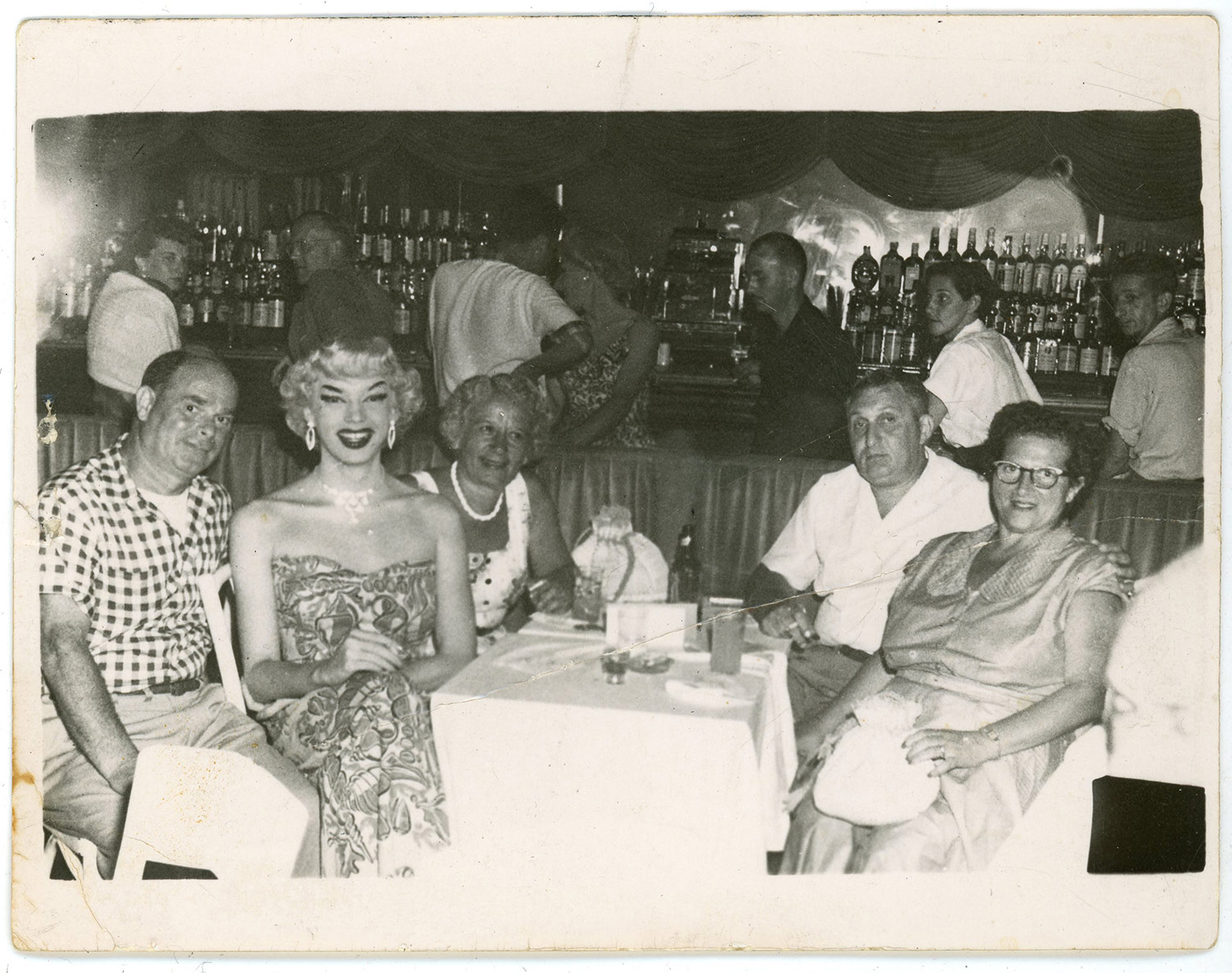 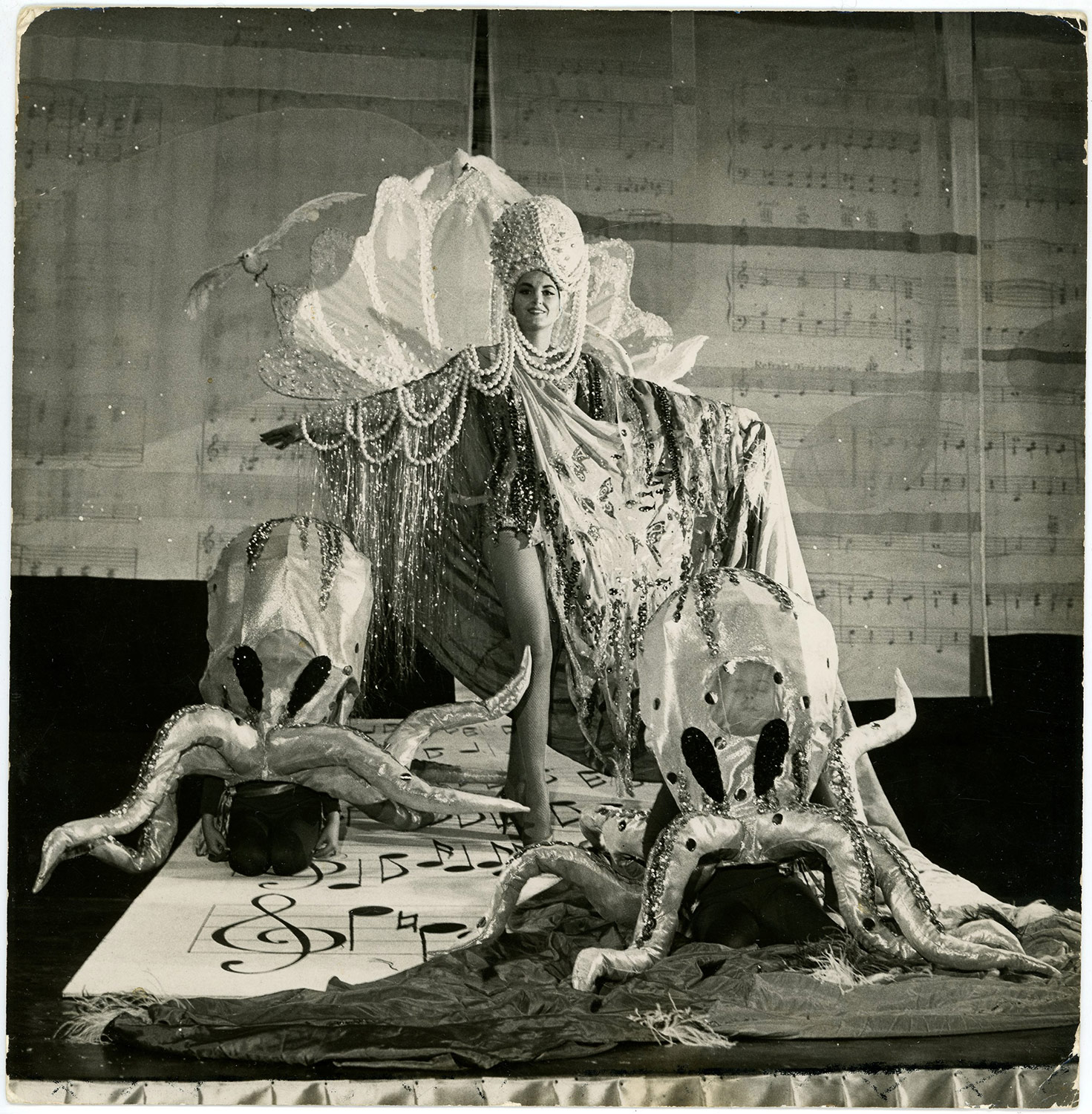 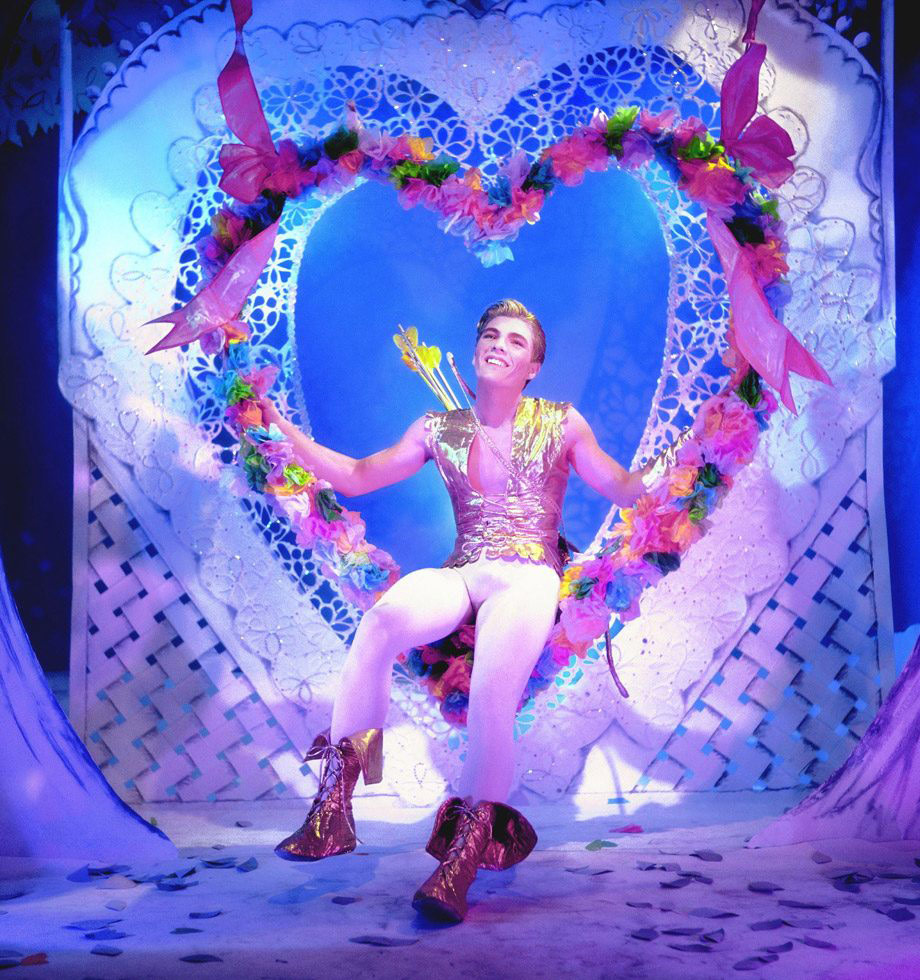 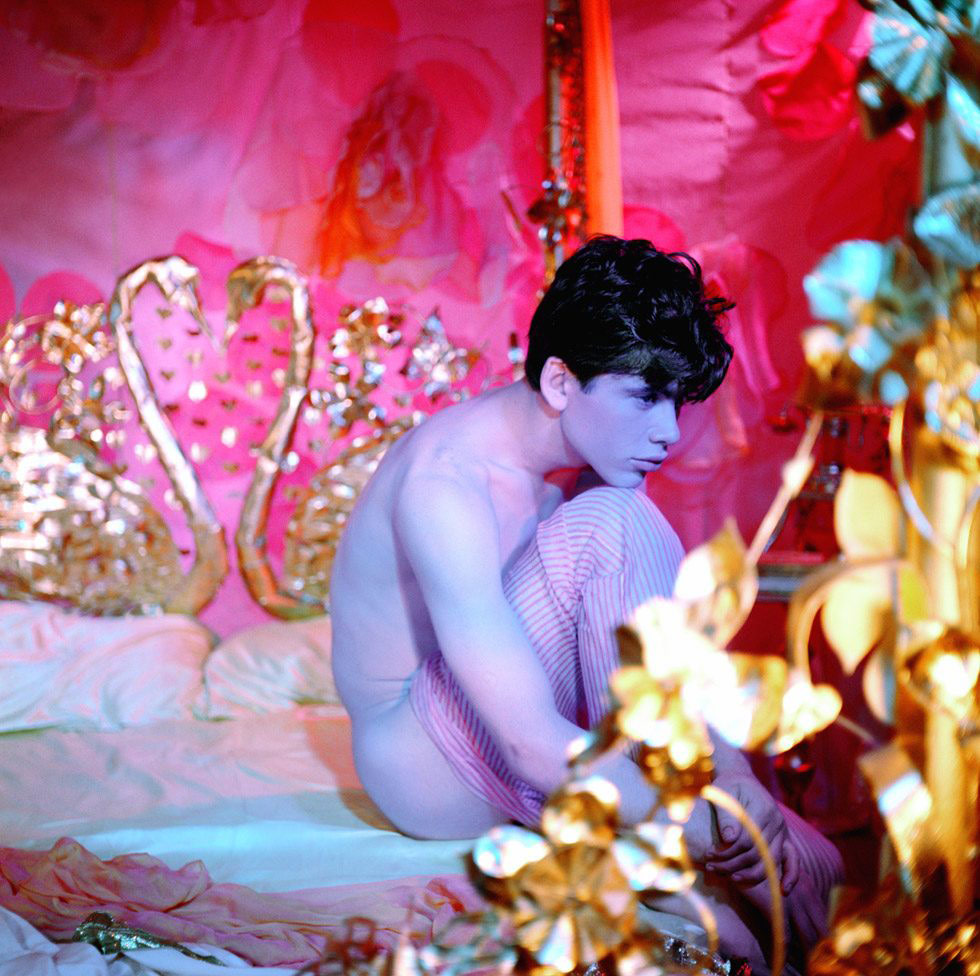 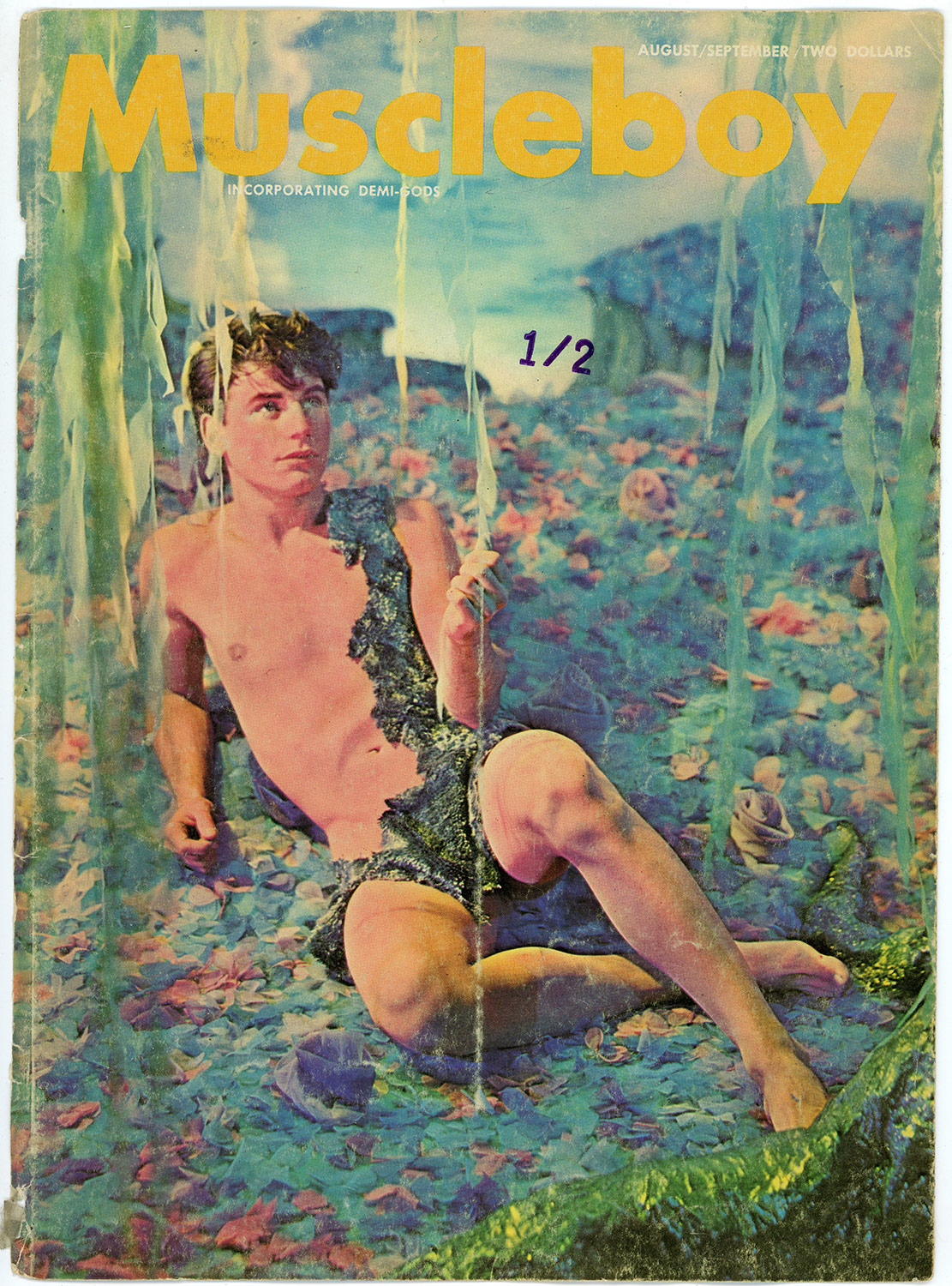 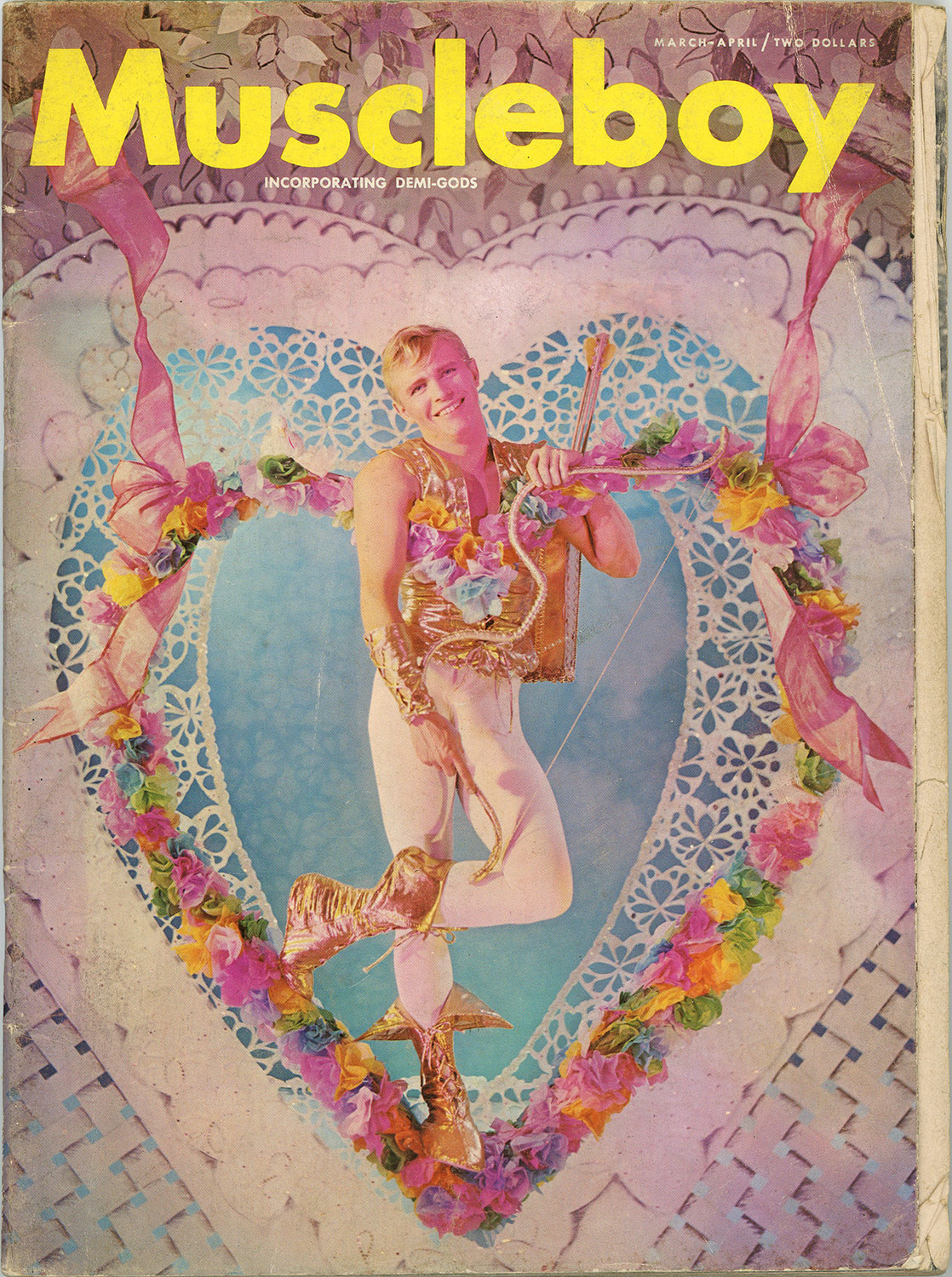 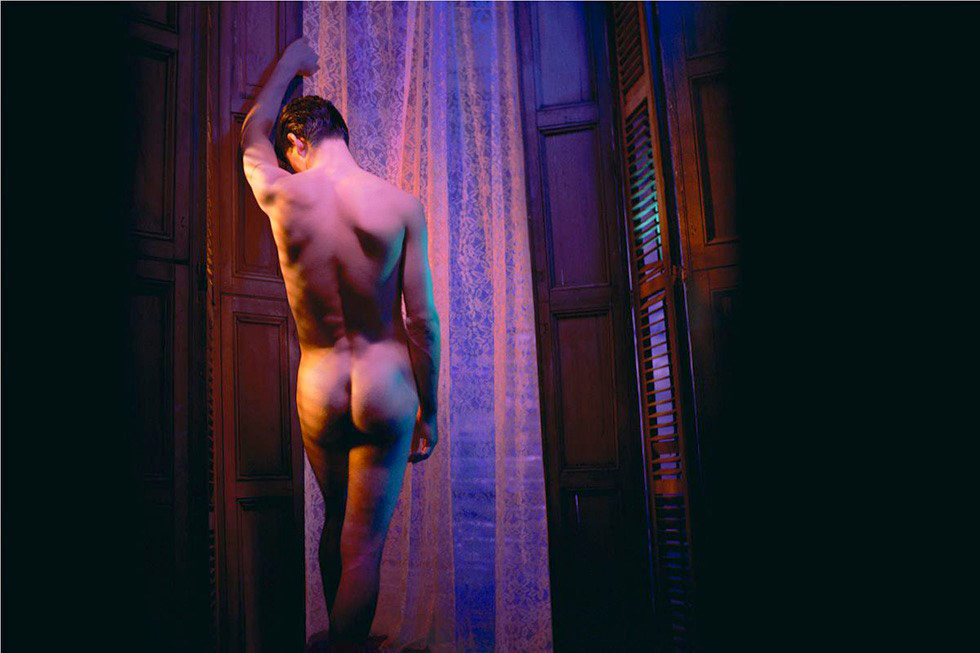 From the Back, 1960s, Digital C-Print, Courtesy of ClampArt, New York. 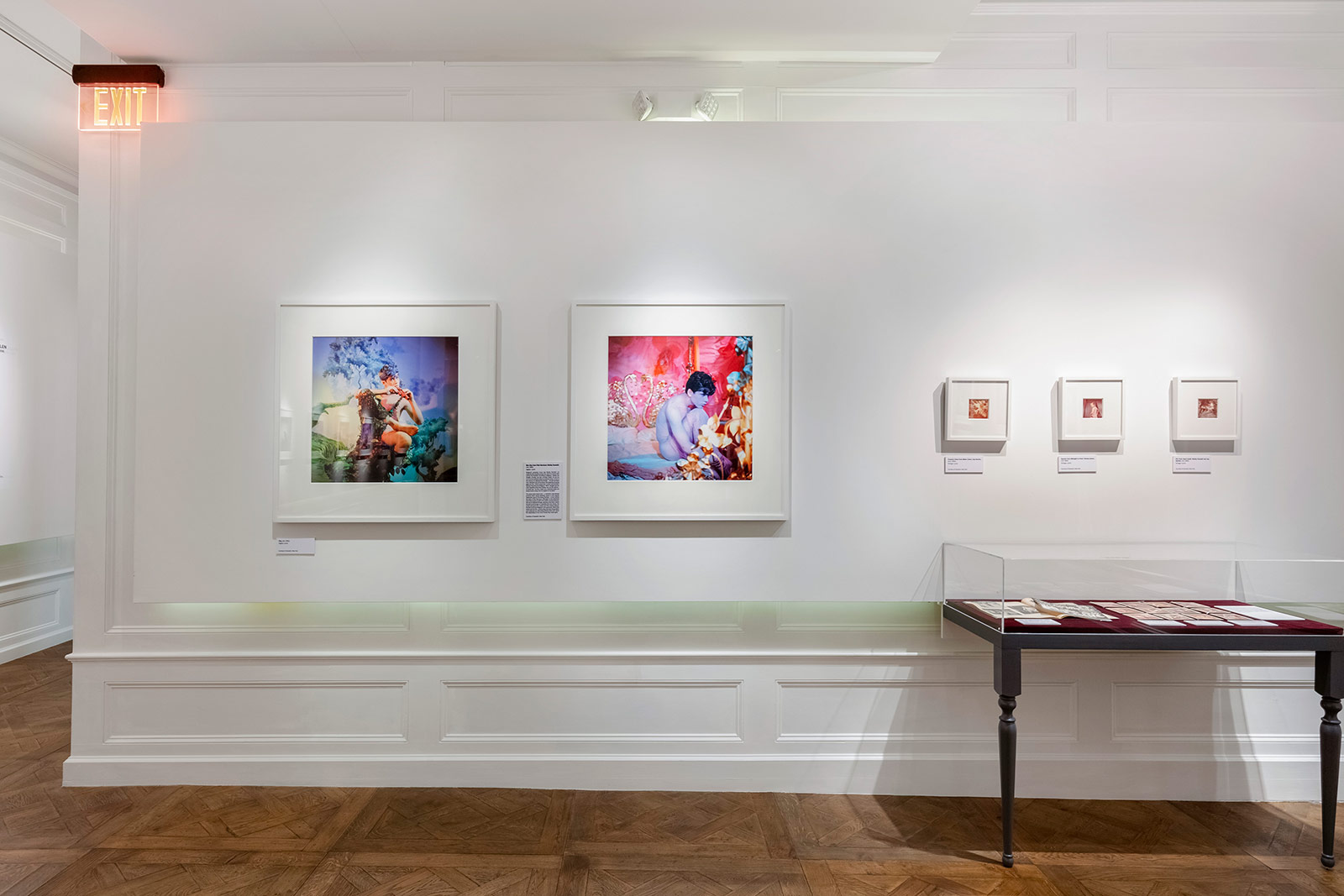 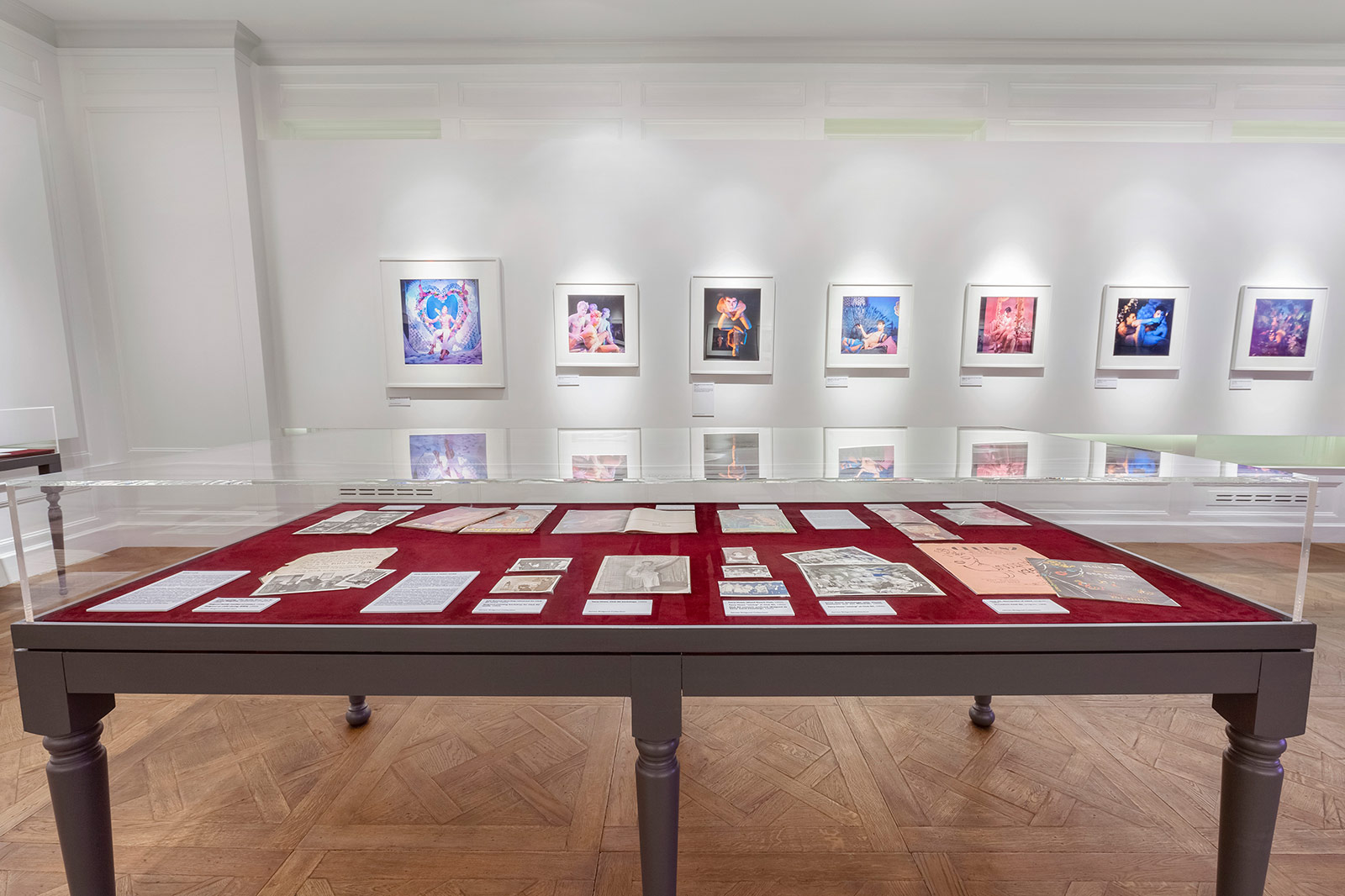 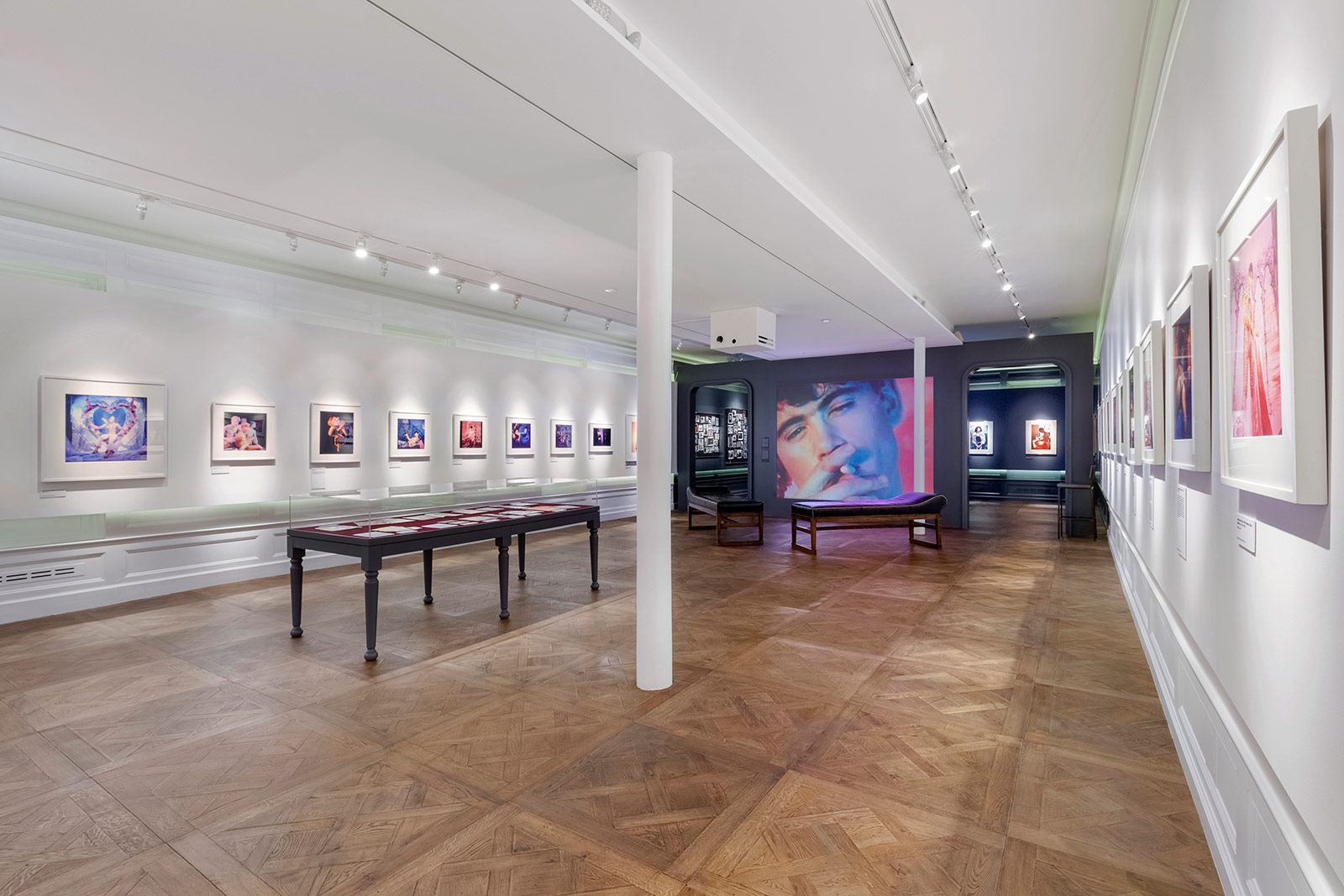