Where the future takes place 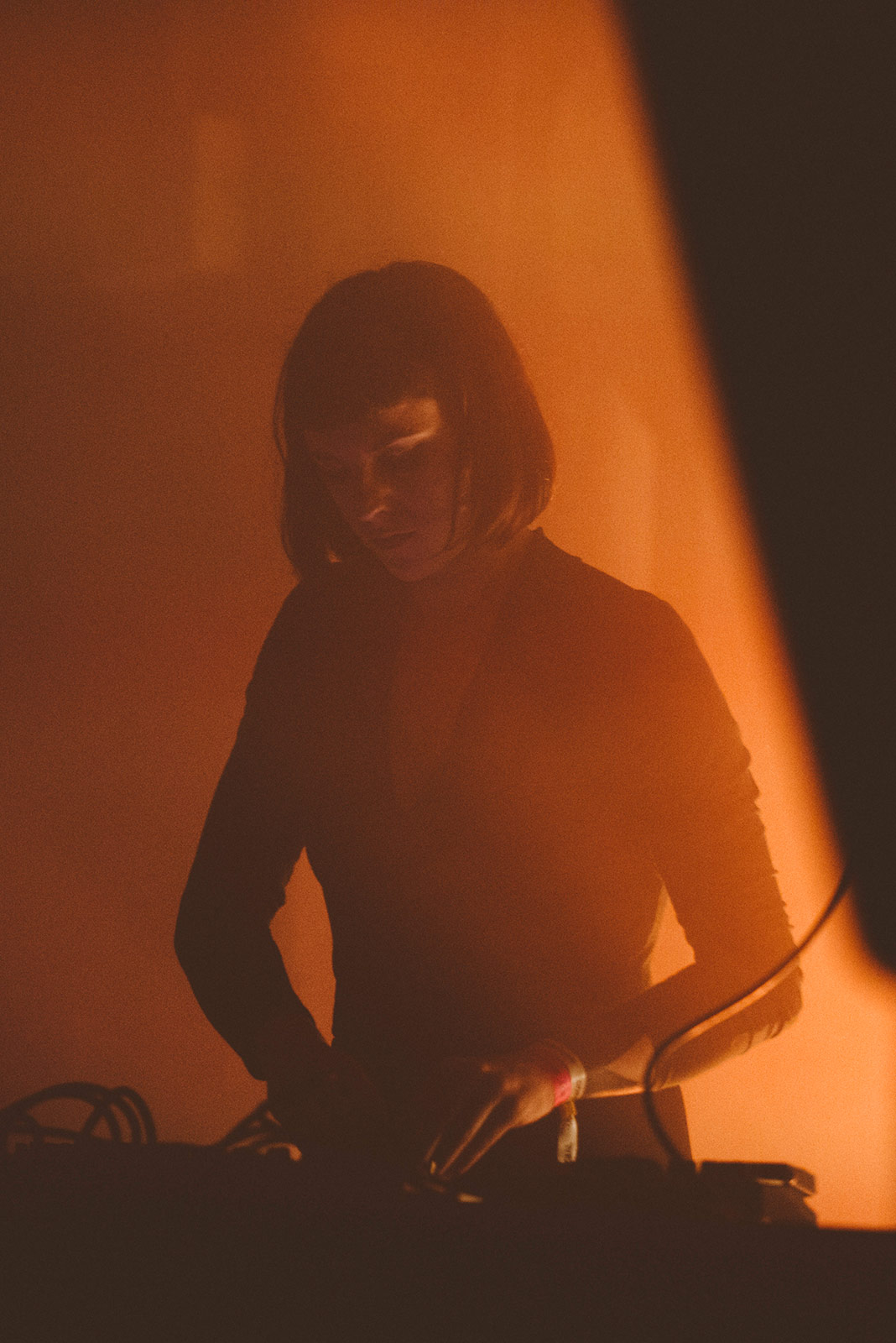 Goths, techno lovers, Berghain-goers, and all-Berlin-everything enthusiasts, rejoice! The sixth edition of the ‘new era’ of the internationally renowned festival Berlin Atonal, a contemporary avant-garde music and audio-visual arts event lasting five days, is here once again. It will take place between August 22 and 26 in its usual venue, the vast Kraftwerk. This newfangled festival continues to challenge its audience by presenting more than fifty live performance shows – eighteen of which are world premieres –, around forty-five DJ sets, and a daily screening program.
After this summer’s heat wave in North Europe, at the end of August, Berlin – according to the official weather forecast – will be back to its ‘normal’, smooth twenty degrees Celsius, just the right atmosphere to appreciate a good variety of novelty and experimental sounds. Berlin Atonal has consolidated itself as a reference event and proof of it is that it was sold out more than one month prior to the opening.

The festival is a great opportunity to see some of the best artists in today’s electronic scene. With a mix of genres, focused on dark electronica, noise/drone, and ambient – plus an increasingly important visual journey –, organizers have managed to bring together a dedicated international crowd of techno nerds. With their black sportswear and heavy goth shoes moving from stage to stage – Main, Null, OHM, Globus/Tresor – and upon entering the cavernous ex-power plant Kraftwerk, the audience expects to be challenged by the growing intensity of the performances through the days, which is understandable given the length of the event. Here, we highlight some of our favourite proposals to help you decide what to see.

On Wednesday afternoon, the first day of the festival, Stage Null usually opens with iconic musicians. And this year, it couldn’t be less: ambient master David Morley will delight us with his hardware-heavy set. At Main Stage, Colombian-born, Berlin-based musician Lucrecia Dalt will reverberate within the concrete walls of Kraftwerk with her A/V performance Synclines and her organic experimentation – there are great expectations after her acclaimed performance in this year’s Spanish festival LEV. 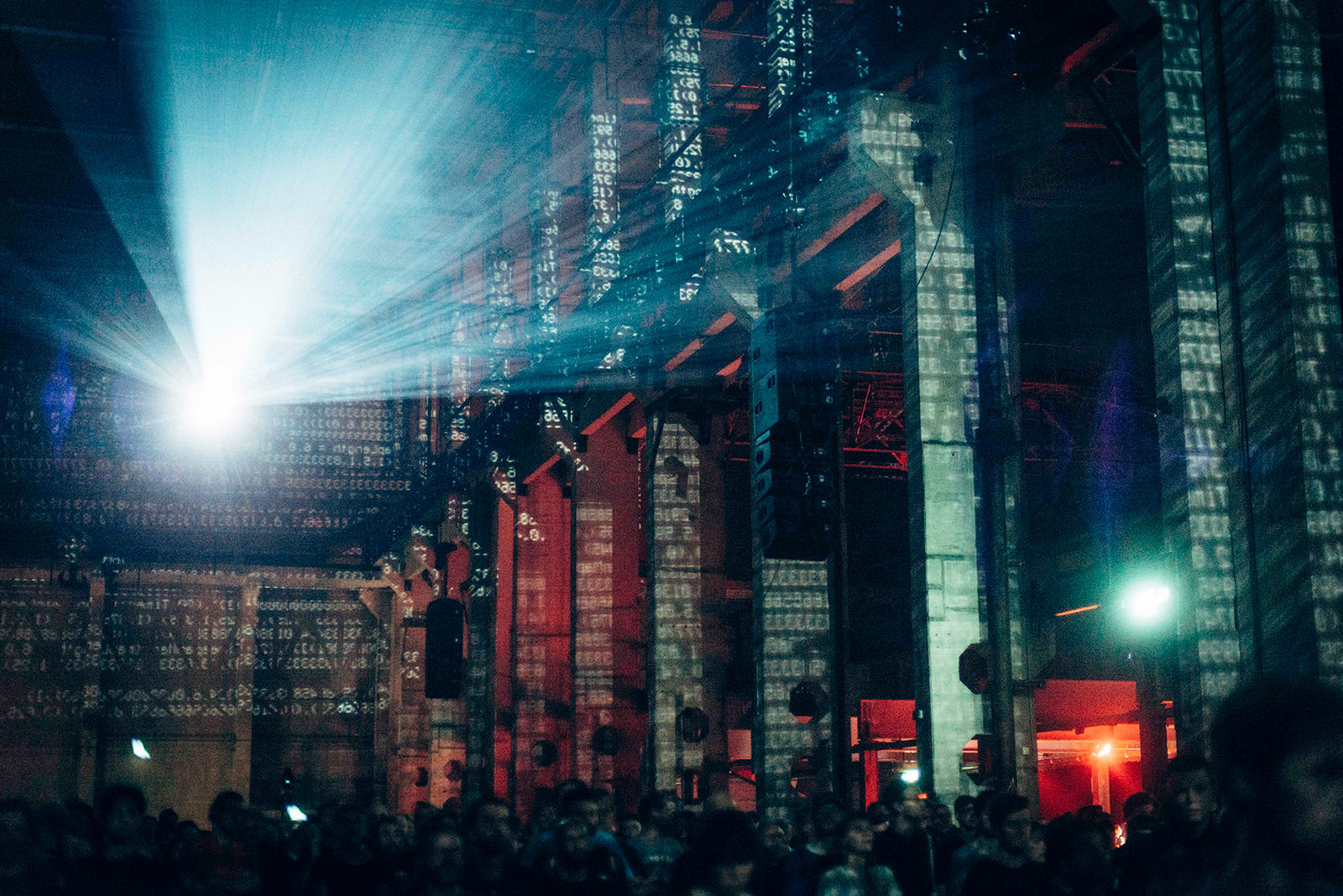 After that, there’s a specially commissioned performance uniting Mohammed Reza Mortazavi – one of the leading Persian percussionists of today – and the masterful sound designer Fis. ‘Concerto for single laser’, by Robin Fox, an artist who’s been part of Atonal for several editions now, is also a must-see. In addition to these, young Danish producer Astrid Sonne will present her ephemeral A/V show. She is affiliated with labels such as Escho and noisy Posh Isolation – this last one looks like an Atonal partner, since it has presented artists every year.

When the Main Stage closes, Stage Null comes back to life downstairs, presenting melancholic and moody takes on dubs by Jay Glass or the avant-garde Japanese duo Killer-Oma, which brings together the rapper Killer Bong and the eighty-five-year-old double bassist Isao Suzuki, the godfather of Japanese jazz. The OHM and Tresor programmes host, among others, Lena Willikens or Caroline Lethô.

Thursday’s Main Stage will host the live A/V show Chaotic Profusion, by Iona Fortune, which will be most likely exploring experimentation together with new age and oriental sounds. We continue with Scottish producer Calum MacRae, aka Lanark Artefax, whose pared-down sonic palette continues to be broken off into new fractures. After him, it’s Neon Chambers turn, the new collaborative project between Kangding Ray and Sigha. At Stage Null, the A/V performance by DJ, producer and Mannequin Record boss, Alessandro Adriani, will perhaps be one of the more determinate creative statements. Adriani also curates Drift, the night program at Stage Null featuring Le Syndicat Electronique, June, Phantom Love or Bruta Non Calculant. 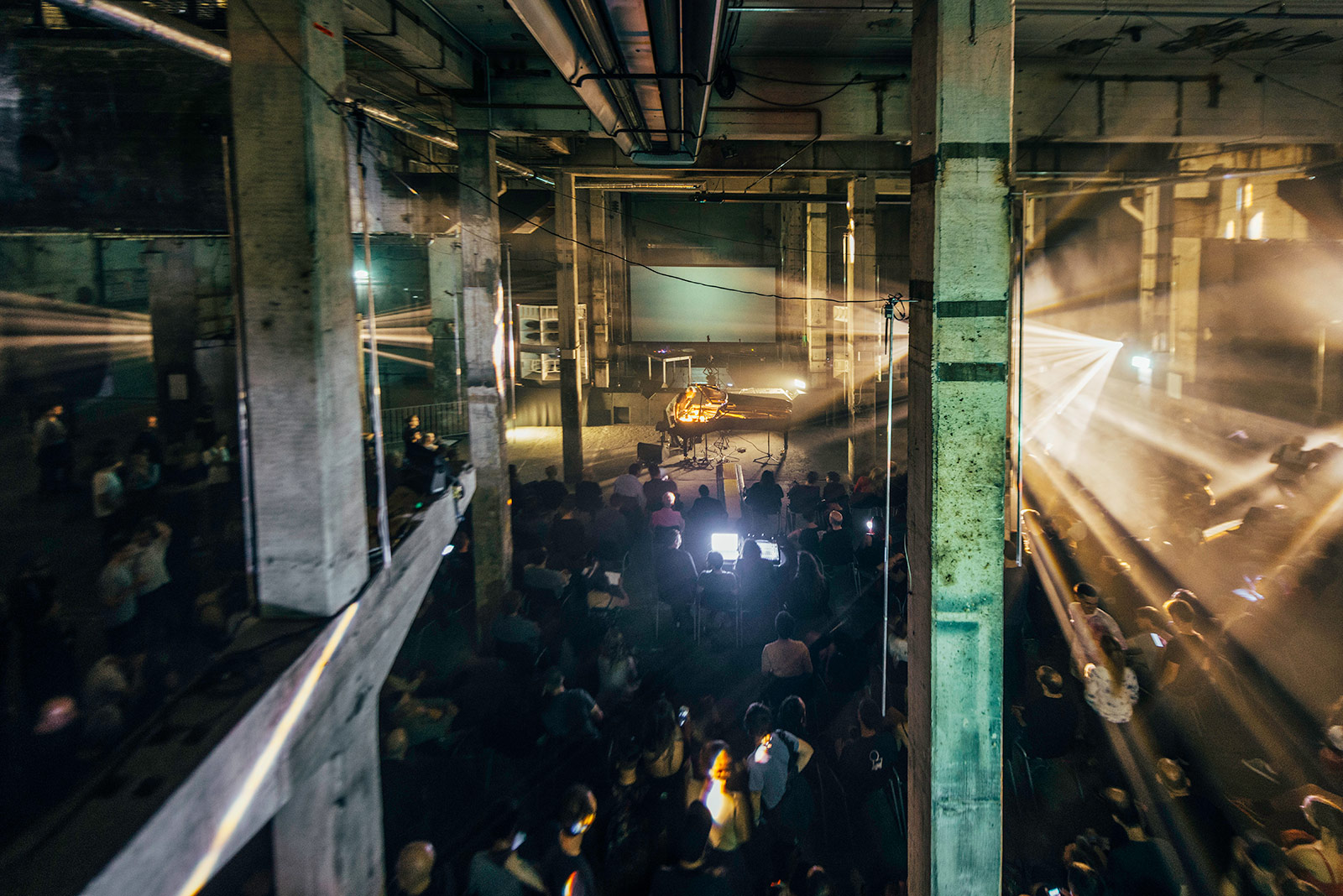 On Saturday, Actress’ recent experiments with chamber sounds will surprise many of the attendees during his live A/V performance at Main Stage, where also the world premiere of the show between Claude Speeed and filmmakers Sasha Litvintseva and Beny Wagner will take place. At Stage Null, there will be the unexpected meeting of Swedes Peder Mannfelt and techno head Pär Grindvik performing as Aasthma. Also, Konx-om-Pax will be merging distorted and blurry rave nostalgia with ambience and surreal soundscapes. The Glaswegian curates the Contemporary Hardcore night at Globus featuring 48k, Golden Medusa or Anete K vs LZE, among others.

It is already Sunday. The grand closing night of the festival will start with a world premiere by Japanese sound-designer ENA. The Tokyo-based producer presents the A/V performance Bridge, an introspective and atmospheric soundtrack for a documentary of the same name. Upstairs, at the Main Stage, the program will present another rare act, Organic Dial by Outer Space, a project from Emeralds’ John Elliott that radiates new age pulsations. Caterina Barbieri will present her debut A/V show with Italian video artist Ruben Spini. And finally, the enigmatic closing act by Labour with a spectacle titled Next Time, Die Cconsciously ( بیگانگی†). The after parties on stages Null and OHM will feature Skee Mask, Objekt, Machine Woman, Rezzett and Anastasia Kristensen b2b Sissel Wincent.
Berlin Atonal will take place from August 22 to 26 at Kraftwerk Berlin, Köpenicker Str. 70, Berlin. For more info, visit the festival’s website. 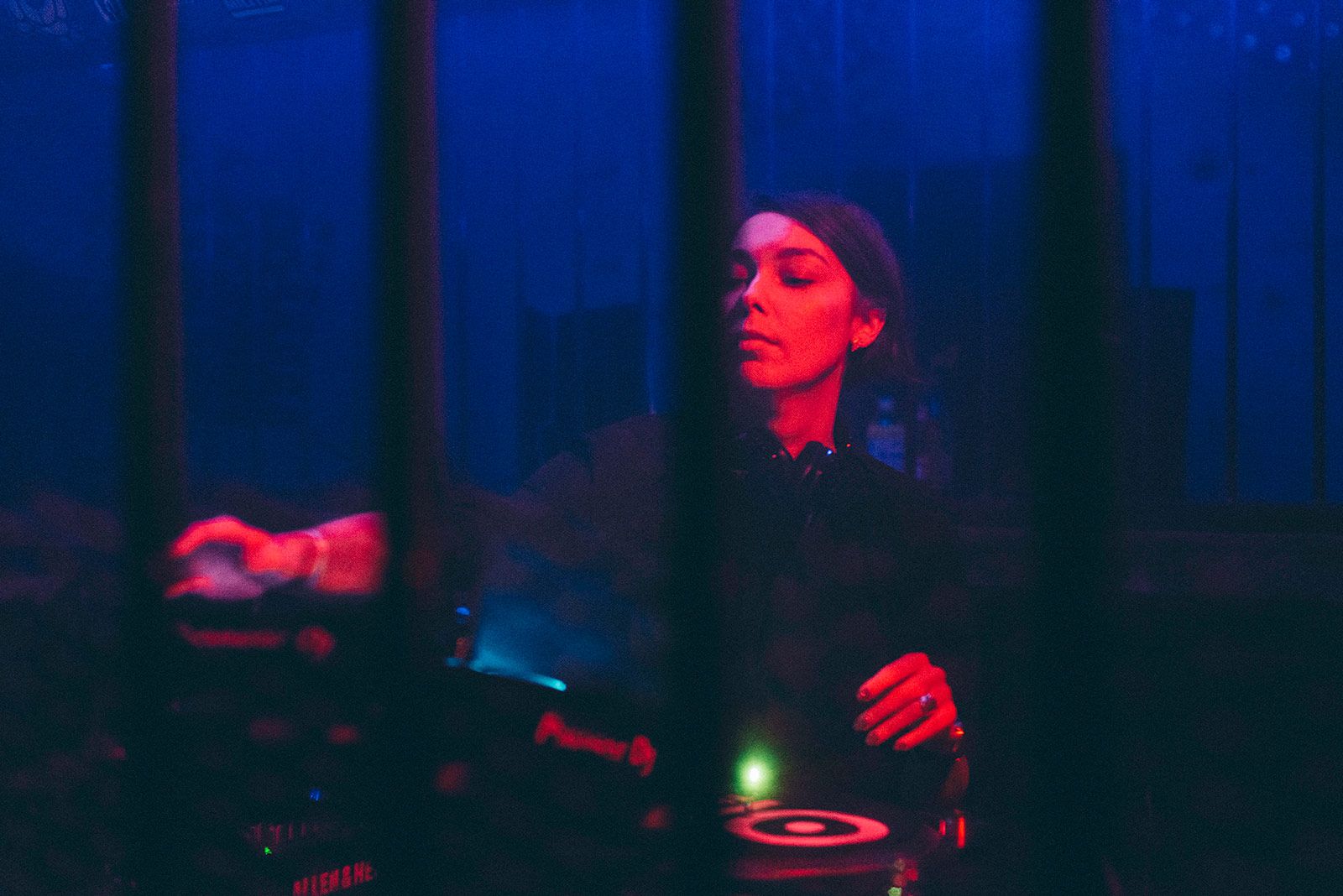 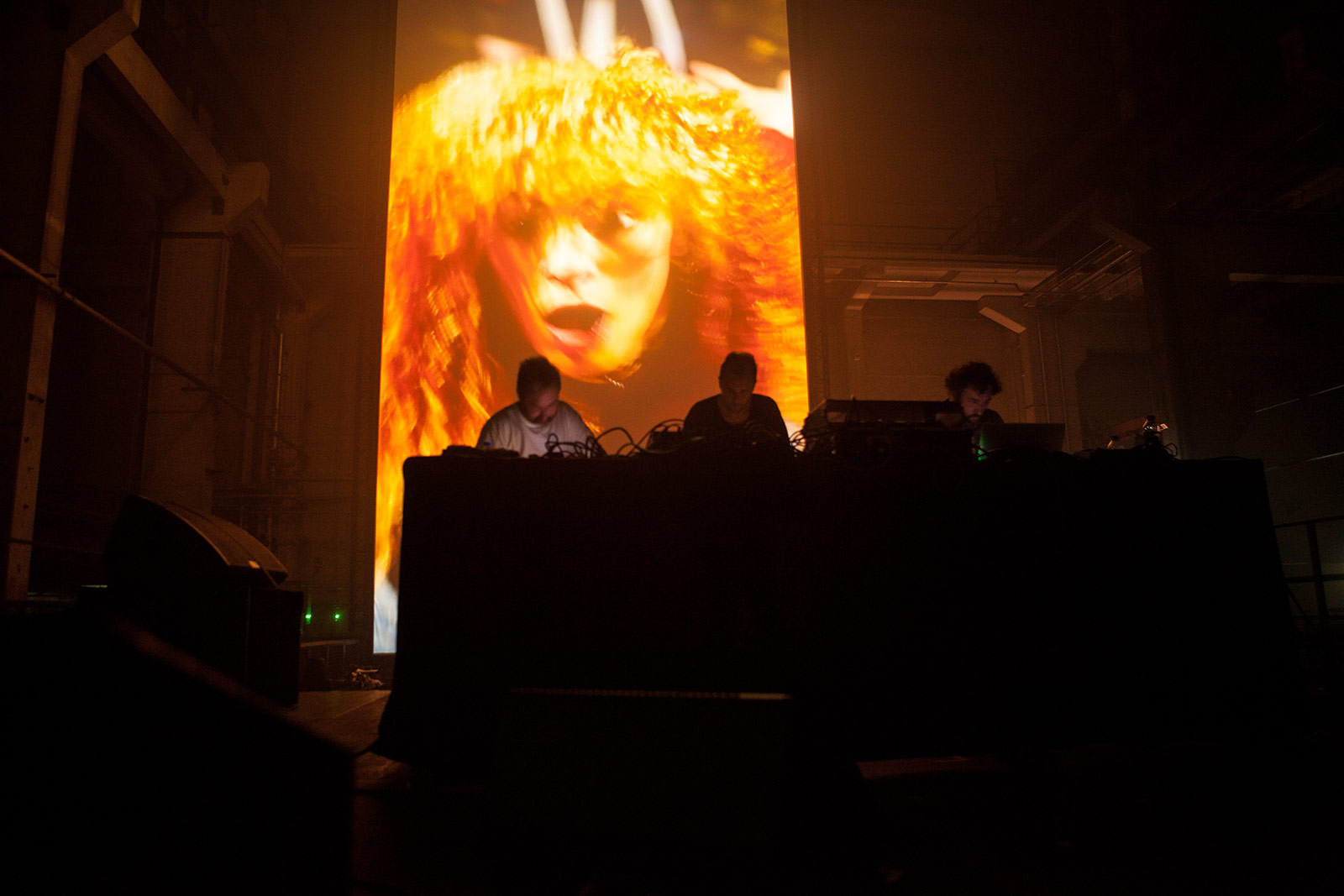 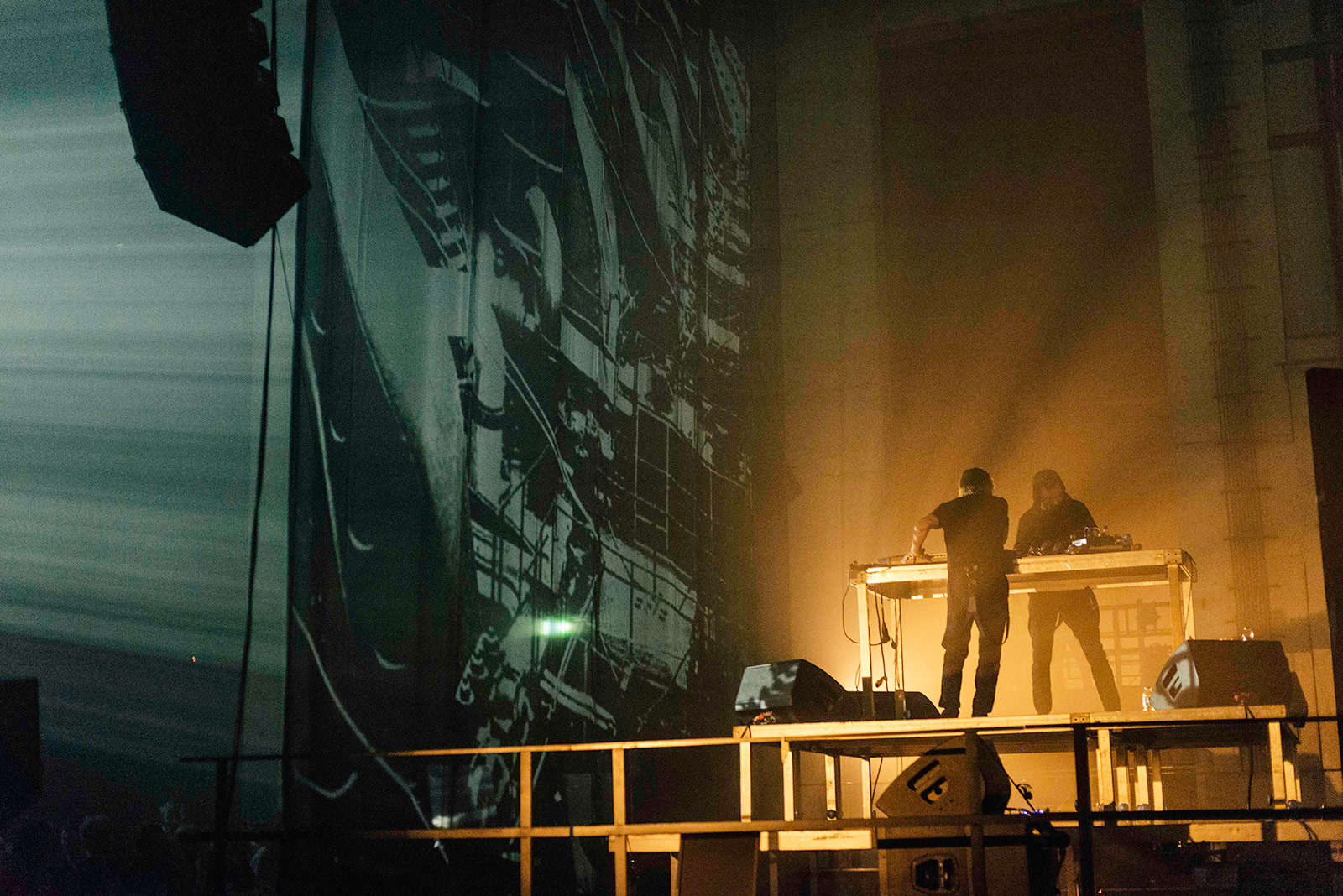 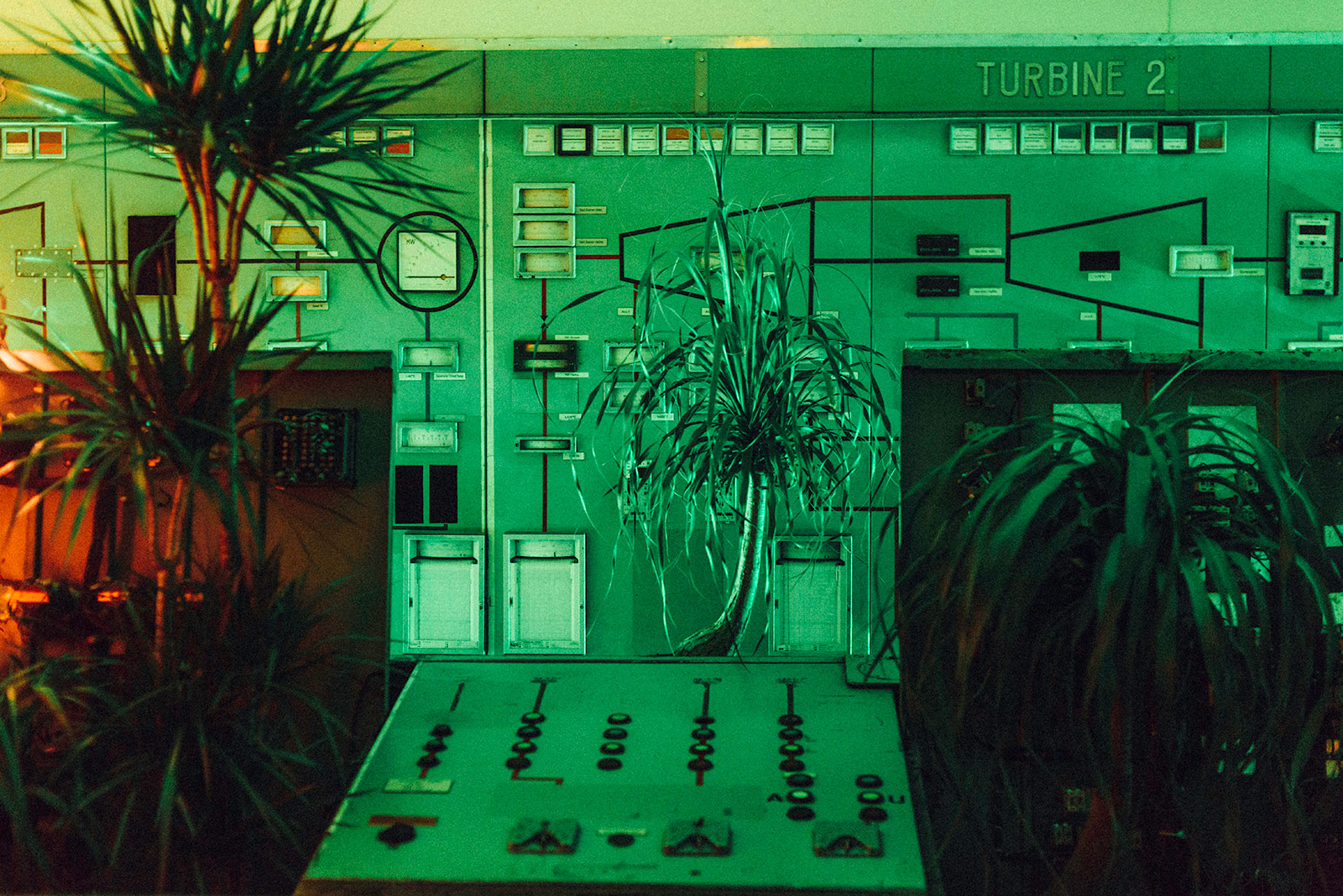 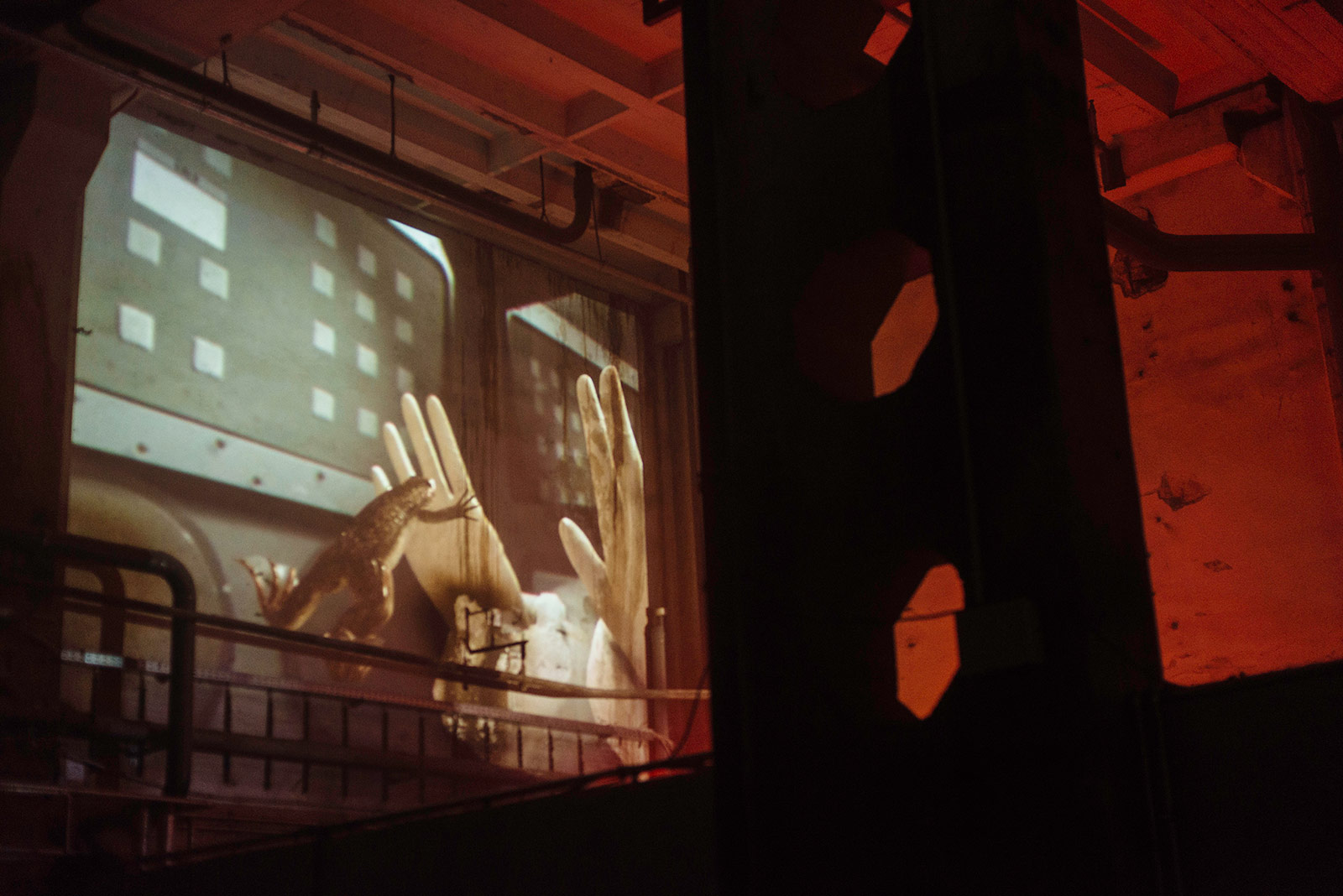 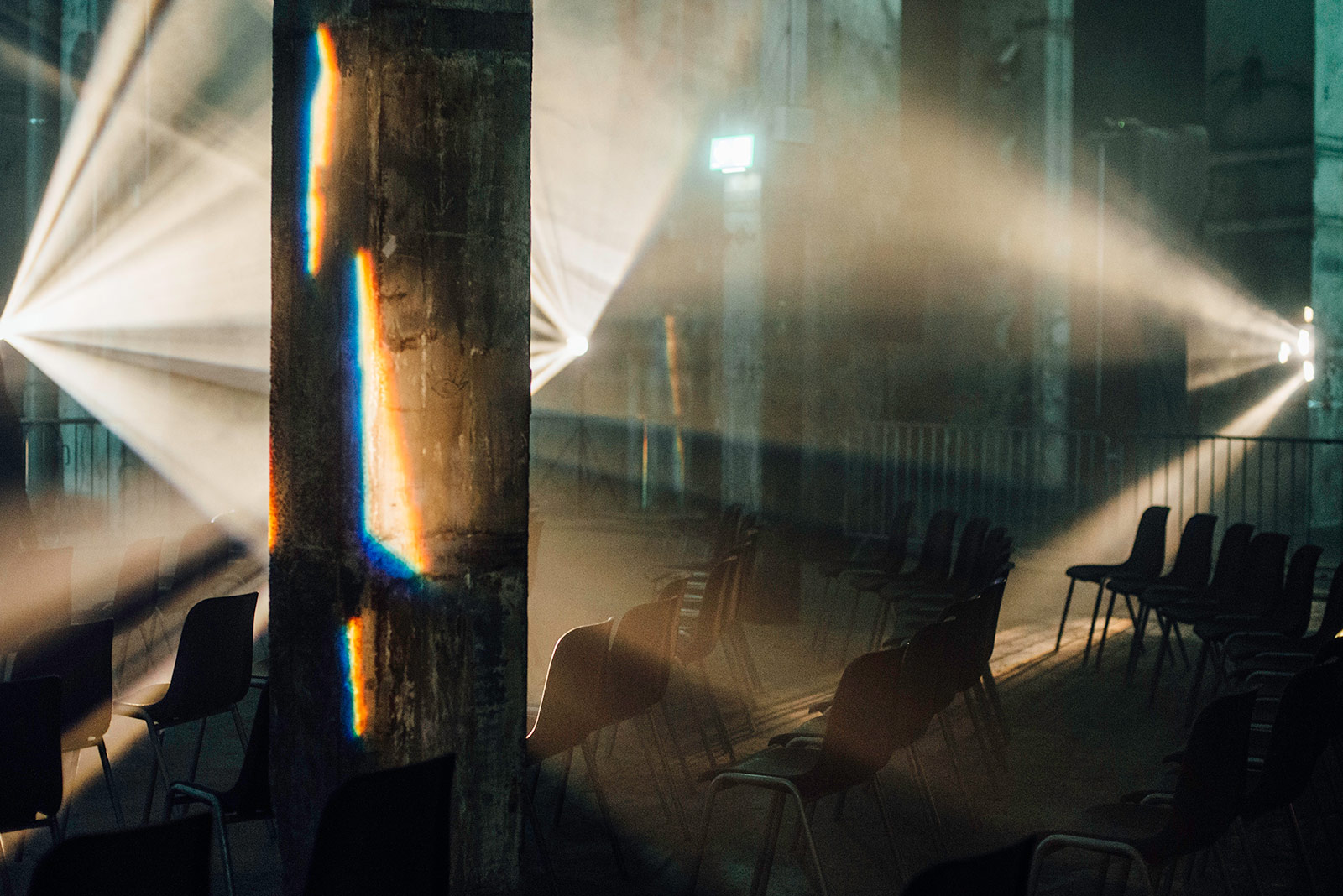 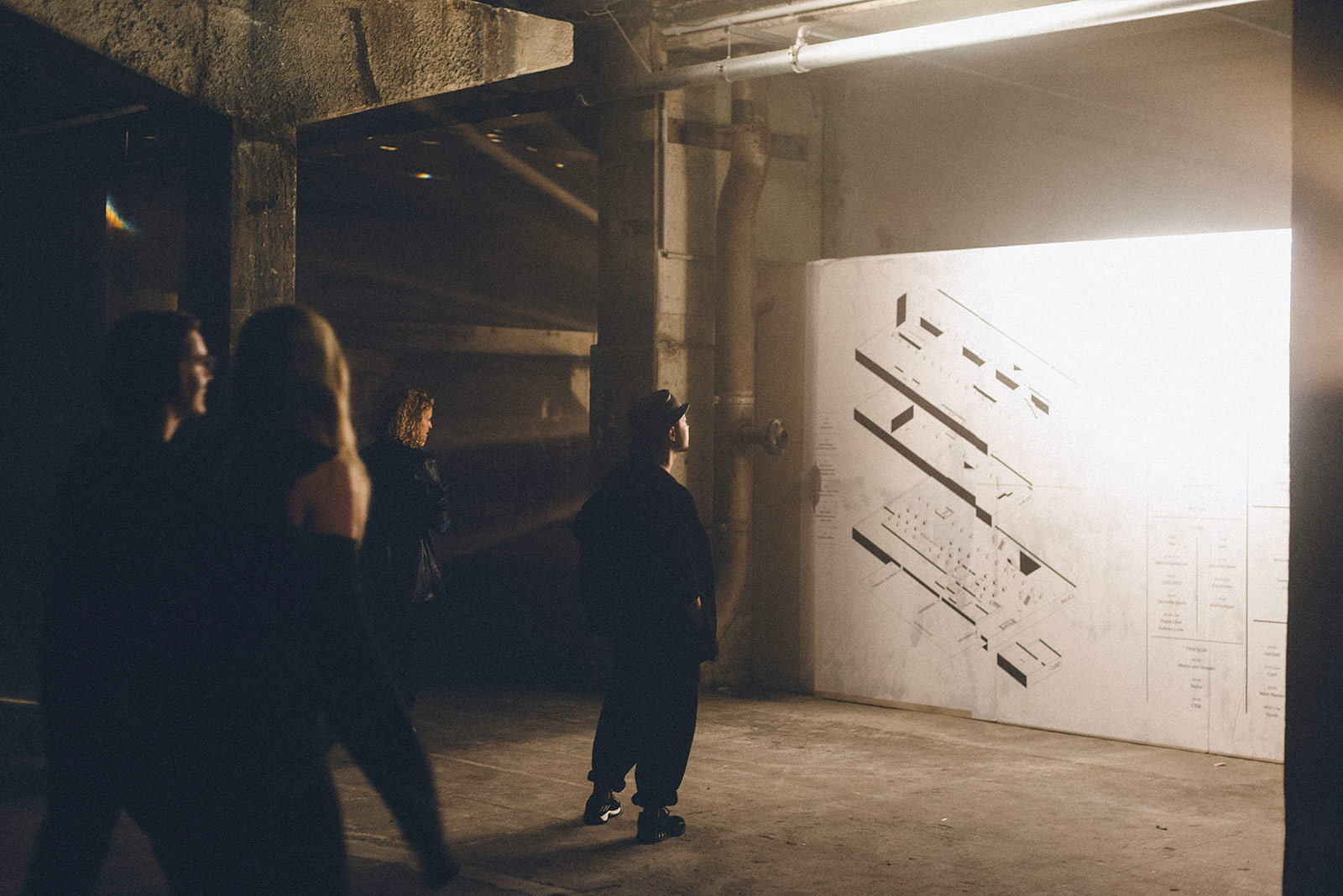 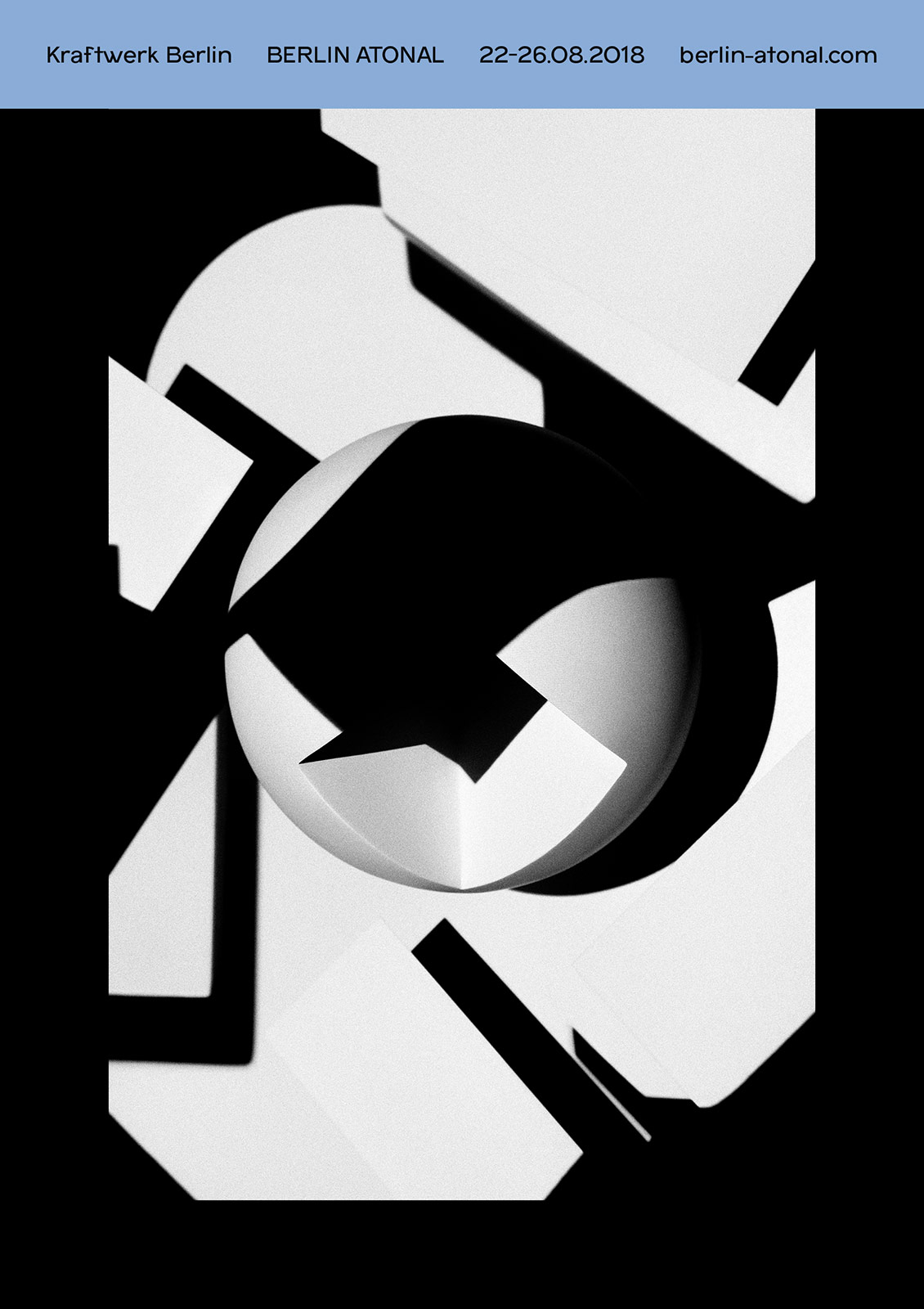