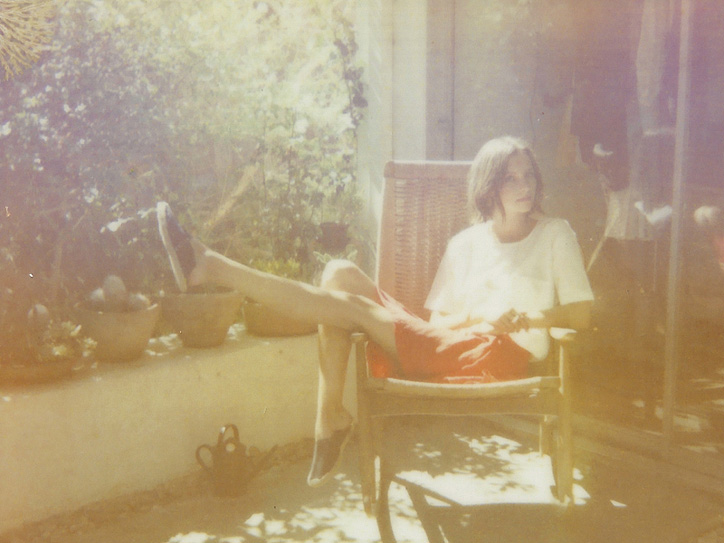 Stella Berkofsky's image as an artist has been defined by her age, rebellion and versatility. She is a photographer who distinctively captures teenage girls, delicate clothing, and intriguing objects; a model currently sought after by several Californian brands; and a local celebrity involved in carefully selected artistic projects in the Silverlake/Echo Park area of Los Angeles.

Stella´s world is shaped by not only her creative friends and her partner, photographer David Black, but also by her extraordinary family: designer and second hand guru Alice Pollock (her grandmother); photographers Blossom and Mike Berkofsky (her sister and father); and stylist and owner of the hip kids boutique Tomboy, Cleo Pollock (her mother). Her main focus is photography, usually with slightly tamed hues and natural warm light, for what her neighborhood pals behind brands such as Dream Collective, Objects Without Meaning, Mohawk General Store, Atelier Delphine, Book Stand and Clare V. are her biggest fans and clients.

I am under the impression that your age is very present in your public image as an artist. People tend to talk about how young you are and how you left high school early. How do you feel about age being a meter of success?

I feel like I've already come to terms with this because when I was 18 I was making my own money and everyone kept telling me how well I was doing for my age, and I had that in my head. I was like, it's cool, I'm good, I've got it together…and then every year, everyone else started doing the same stuff, and I stayed in the same place if not accomplished less. It's really weird. I feel that there have been a lot of articles recently about these young girls, and how they are getting attention and how it’s going to affect them in the long run. Is it going to give them a leg up and really help their careers, or is it just going to fizzle away? There's a lot of pressure to achieve so much before you turn 30.

What were you doing at 18 while on this career peak you were telling me about?

I was scouting and casting. I was also taking pictures of my friends and getting into trouble, which always makes for fun photos… You get stoned and go on a hike or whatever, and you take a picture of your insanely beautiful 17 year old friend, and she's just gorgeous, and we're in California so the light is amazing. I actually just had a point and shoot, I didn't know much about photography, I was just literally taking pictures of my pretty friends, easy, and people freaked out about it. I got lucky, my best friend and roommate was so lovely and inspiring and up for anything when it came to my photo projects.
Now, a few years later, that kind of photography has translated into a more mainstream phenomenon. With personal blogs, tumblr, Instagram…It's more about the lifestyle in the picture than the photo itself. Especially now, I think it's what every kind of kid does… There's so much of that.

Does it bother you that everyone is a photographer now?

Well I feel like that was me,…that was totally me! I didn't know shit. My dad is a super technically talented photographer and he saw that I was interested and kept trying to teach me stuff, and I didn't want it. Only now, 5 or 6 years into shooting consistently, I feel comfortable; now I feel like I know what I'm talking about and how to achieve what I want. But it’s been something pretty recent,maybe in the last year.

Fake it 'till you make it?

And when you started taking photos, were you already modeling?

One of my friends, who was an actress, did independent studies…and I thought it was a good idea for me. My half sister, who is a fashion photographer, had just taken a few photos of me and introduced me to Next (Model Management), and I signed a contract without really knowing what it meant. But that was my excuse for home schooling, and I actually finished two years of high school in 6 months, and skipped my graduation because I got a contract in Tokyo. That's when I started documenting my time there with all those intense European models as great subjects. Being in Japan was amazing; I took my first real series there, which I still really love.

How did you come across your first camera, was it one of your dad's?

No, I actually started with a little Olympus camera that took the best pictures. Film, 35 mm, the Stylus II or something like that, with zoom. My little brother's friend came to visit one summer and he left it behind, and I was obsessed with Ryan McGinley and Corinne Day, and the camera was just there, so I started using it and it actually took the most spectacular pictures.

So it's not the photographer who takes the photo, but the camera?

Well, it's also an aesthetic. I didn't know what I was doing but this camera took pictures that looked a certain way, and I was stoked on it. And I was super into the on camera flash at night. Who knows what kind of film I was using, probably from the drugstore, processing at CVS, and it looked awesome because it was kind of messed up.

You've lived in the Silverlake/Echo Park area in LA since you were 18, so you've been part of this community of artists. I think you're the OG local celebrity here!

That's cool but strange! I got all of this unnecessary attention in high school when I first moved here from London, just because I was different, but it didn't really have anything to do with me…and then I left school early, so that was a whole other thing too. But none of that was because of my skills or work that I had done; it was just because I was breaking the mold. And now there's this added dimension of the internet, which means people can keep up with your live. I just want to be in a place where nobody knows what I'm doing! But at the same time, I do participate in social media and there is an aspect of community which I like, and I understand that my picture is taken occasionally and people are going to know what I look like, and I collaborate on work that people see. But I hope to be recognized for making work rather than just being some chick that lives in Echo Park!

So there's pressure coming from exposure and social media, and other people around the community.

There is pressure to make a lot of work and put it out there and get praised. I'm still trying to figure all of it out.

To start then, what are your plans for the rest of today?

Guess what! I'm picking up super 8 footage that I shot of Miranda July. I shot her for Objects Without Meaning, I'm so excited! I really appreciate her work and the subjects that she talks about. I like her process, a lot. Her Sunday Sermon on strangers, and her book Learning to Love you More...

I've read "No One Belongs here more than you” about 5 times. I like her a little bit…and living here in LA, I see her a lot, and Mike Mills…I never say anything, but it makes me happy inside. And her "Favorite Person" short film is so close.

I love her social experiments. She seems so awkward and distant, but everything that she makes is so relatable, which is why I think she's so interesting, because she seems to be on another planet, but she's really down to earth. This collection that I shot her for, has the Mike Mills flapper prints all over it, Miranda loved it and apparently offered (to model for the Objects Without Meaning F/W 14 lookbook).

Where do you pull inspiration from for your work?

I love movies. A lot of my references come from the Criterion Collection films… Wenders, Rohmer, Varda, Antonioni, Jarmusch. Also from the 70's band The Roches for styling, they're 3 sisters with the best style ever. All exquisite: turtlenecks, crop tops, baggy pants, big socks and tiny sneakers.

And do you share the same sense of style with your mom? Since you work sometimes at her store, I wonder if you would do things differently.

She does a really great job with the store. Sometimes I don't pick up on her references, or I have aspirations that are not entirely realistic for the store…but she's got a great eye and a lot of knowledge on the history of clothing. My grandmother designed clothes with Ossie Clark in London in the 60's… she has a pretty crazy cult following. Then she started importing American workwear to England for her store Flip, and people were freaking out because they had never really seen that kind of clothes before. She then opened Flip and a handful of other vintage stores in Los Angeles in the 80s… so retail runs in the family. And Tomboy (her mom´s store) has a really great clientele.

How's a normal day for you?

There is no proper answer for that, every day is different. I do wake up early, that's my only kind of schedule, and I take ceramics and watercolor classes. Some days I’ll shoot or be prepping for a shoot (researching, editing, etc); working at the store, casting, and collaborating or helping friends with projects. The idea of doing one single thing 24/7 just seems so stifling because I love so many things that I wanna be doing it all! 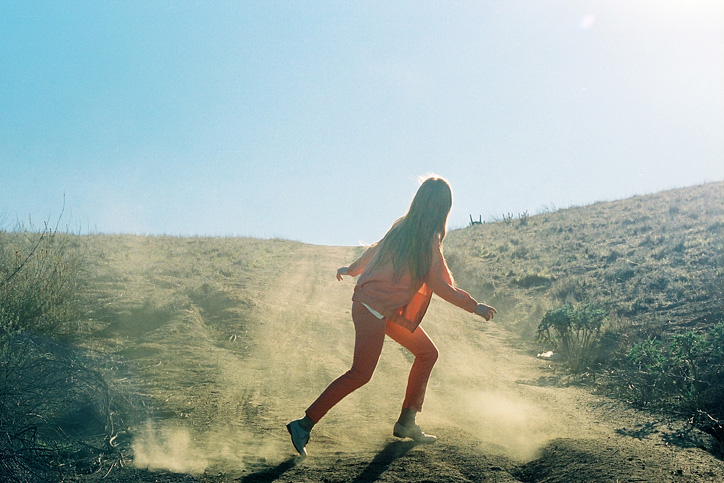 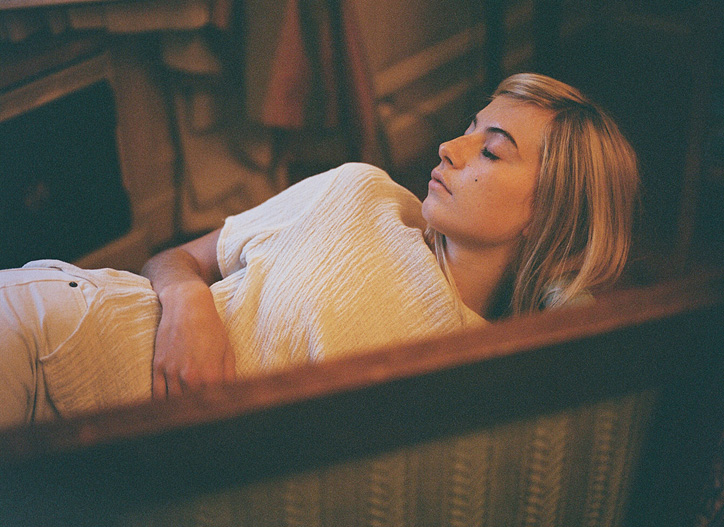 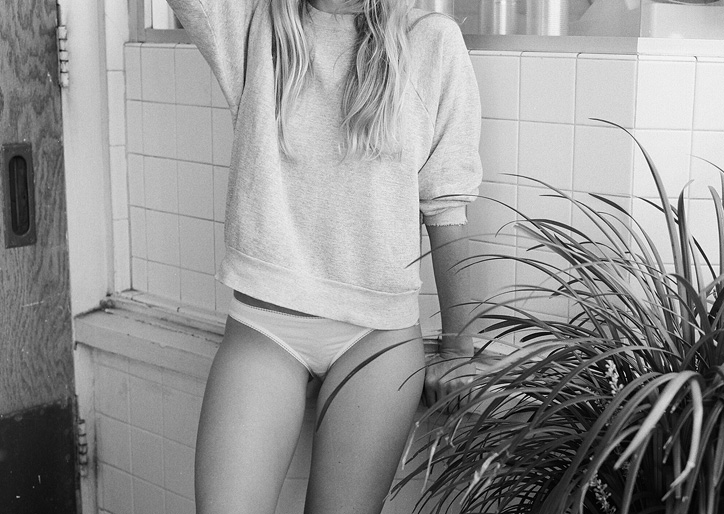 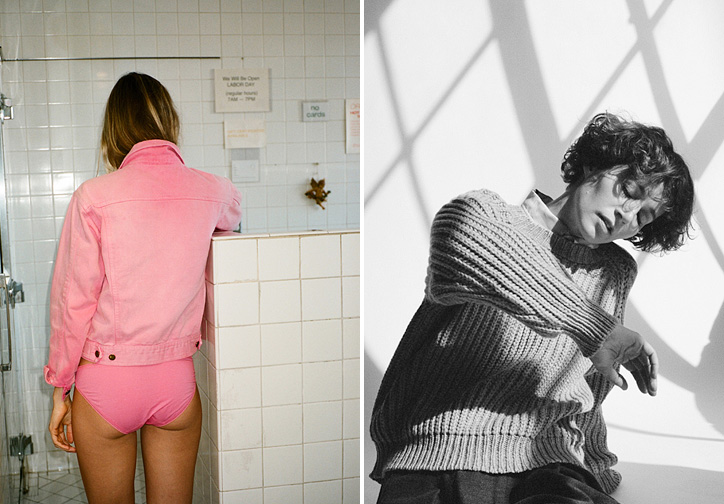 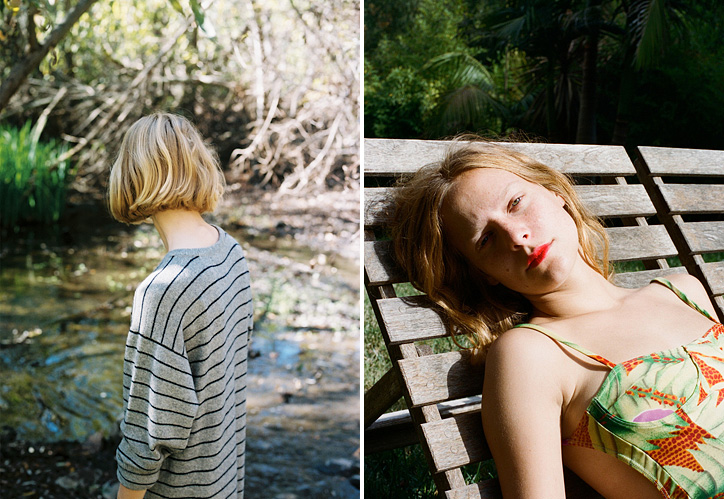 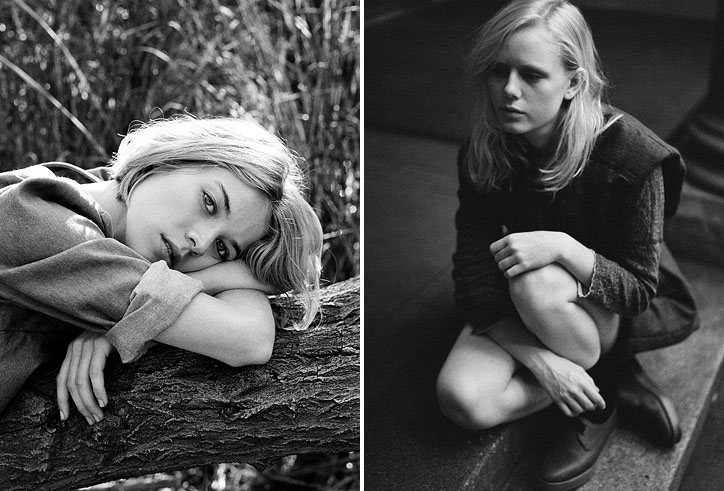 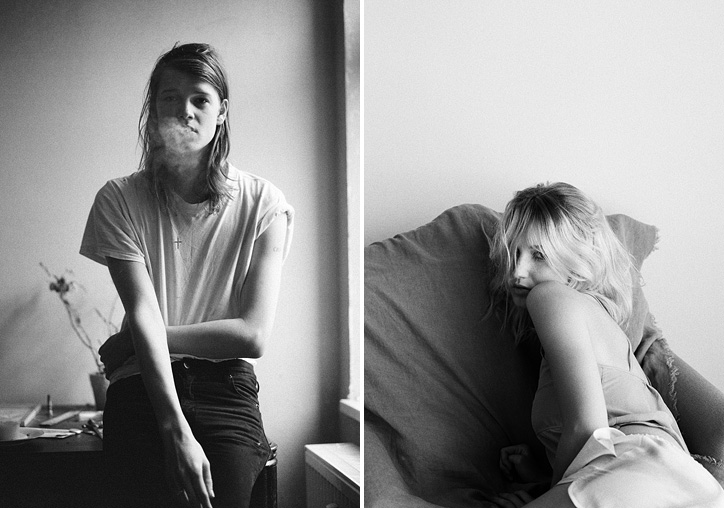 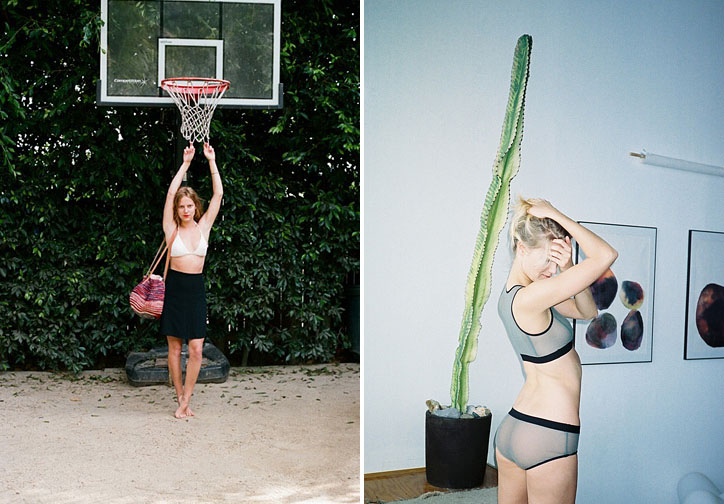 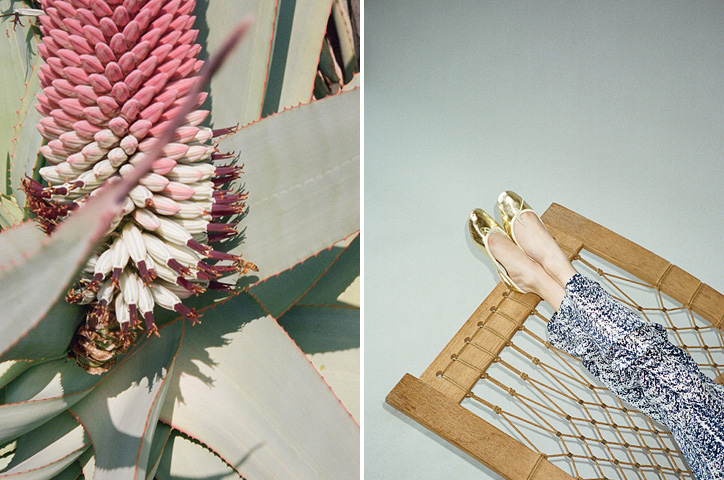 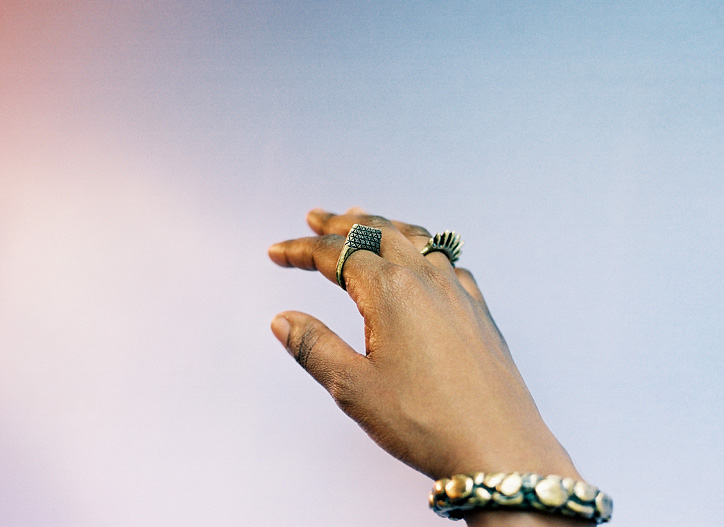