The Girl From The Block 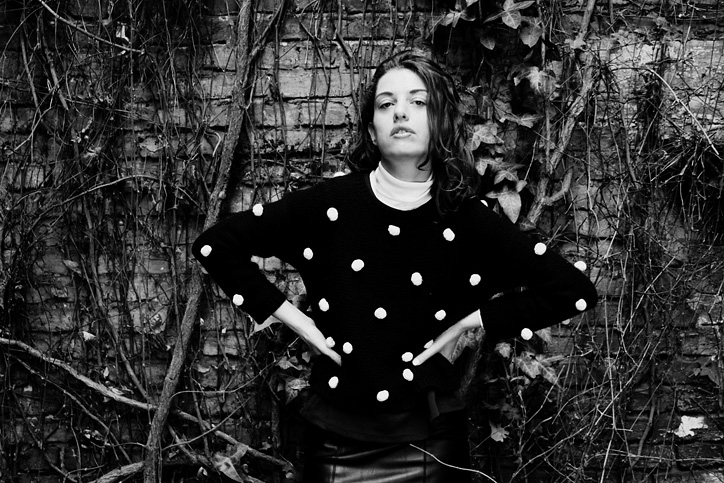 Meet Dena, the bombass Bulgarian beat-machine, who brings the best of bling, Beyoncé and Balkanic folk. We sat down to chat about how she paved her way from small-time Mediterranean Wu-Tang fan, to showcasing at SXSW in Texas, an evolution that involves tales of urban wastelands, nighttime inspiration and the ways in which her androgynous electro-pop reflects her world, reality and identity of in-betweens.

Hey Dena. Where did you grow up? How long have you called Berlin “home”?

I was born in the Mediterranean part of Bulgaria, close to the Turkish and Greek borders, in other words: the south side of Bulgaria. Dena is actually a diminutive of my real name, Denitza. But I didn’t hang around too long and moved to Berlin in 2005 after finishing high-school, where I won a scholarship to do Media Studies in Potsdam (by Berlin). Shortly after I moved here, I started a girls band with a chick from Toronto on drums, and me on synths. We brilliantly named it Chica Boom and it existed for about eighteen months. It was a mix of garage/punk and electro. At the time tho, I was exploring and experimenting with visual media, and for two years, all I wanted was to become a photographer: it all felt incredibly exciting.

Something changed for me during the year 2008, which I spent in Istanbul as my year abroad. Somehow, that magical city stirred, excited and awoke me. It was only 250 kilometers away from my hometown in Bulgaria and almost as far from Berlin. I was in an ‘in-between’ state, which has become a recurring theme in everything I do. Turkey was a real perspective-opener , because not only was I zooming out from home, I was also zooming out from the Western world. I had always lived in Kreuzberg in Berlin, but somehow, when I came back here, it felt just like a small version of Istanbul to me. My Turkish experience changed me entirely and, unsurprisingly, it also coincided with when I started writing, which was in 2009, shortly after I returned to Berlin. The music-part all started with me programming and messing around with beats. Around that time, I met the guys from the Berlin-based Finnish Kaiku Studios, who had produced acts like Le Corps Mince de Françoise... I sent them some samples and we started working together. It all really kicked off in 2011 and I put out my first singles and videos in 2012.

Can you tell me a little bit about your visual work?

Actually, I have just wrapped up three days of filming for the upcoming music video for my song Bad Timing, which was my directorial debut. For the first time in my life, I had the scary privilege to direct absolutely everything. Let me tell you, it's a pretty intense and crazy responsibility, but what's even crazier is managing to convince people to work with you. I love and am used to always working with small crews. Once, when I was performing in Milan, I met this Bulgarian designer called Ivan Bontchev, who is based there. He came up to and said straight to my face “I want to work with you!”. So we teamed up for a few of my videos.
Anyways, light seems to be a crucial theme in this video, it contains a lot of reflective material and I play around with contrasts a lot as well. There is a central dynamic of dark versus light, and nighttime seems to take over in the end because it is in fact a lonely song. The atmosphere I tried to recreate in the video is partly inspired by this eerie football field on Sonnenallee; I would walk past it almost every day on my way to the studio. The studio looked out onto it as well, and I am pretty sure its visual power and presence snuck its way into my newest and freshest sounds. The enigmatic and mysterious sight of it at night is a big influence in the video and is also why I chose to shoot the whole thing at night.

What about your live performances ? How important do you consider them in regard to your work?

When I started off, it was just me and my beat machine on stage. But all you ever want is to take it to the next level, so now I have backing vocalists and a live drummer!

Can you say a few words about the Bulgarian music scene, and is there a sense of a certain legacy of it within your music?

It's pretty simple, really – in Bulgaria, the music industry is ruled by the charts, there is no space for or concept of DIY or independent music even. It's all about numbers and statistics, the whole industry is run by the mafia and almost nothing is imported or exported. It's a Mediterranean matter: everything is based on the right connections as well as money. In the Nineties, after the collapse of the Soviet Union, the political situation was mental but it also somehow created a new genre of national music all over the Balkans that was based on pop and folk elements, but super real and usually carried by female solo singers. You can almost compare the industry to Bollywood – it's funny actually, it has a lot of inverted porn aesthetics... There is basically one production company and inhouse studios are dominant. Word on the street in Sofia is that Pop is the new thing!

Where abouts do you place yourself on the identity and cultural spectrum?

I feel very detached from Bulgaria and I am not a star back home, I can tell you that. As I mentioned before, the Bulgarian media acts like a real mafia and brainwashing is operated to the max. Broadcast television is praised above and by all, and so I have made one single appearance on a Bulgarian talkshow. I would say that I have managed to zoom out of the Western world enough to operate in a state and space in-between. The video I made for my song Guestlist is a perfect demonstration of my zooming-out-of-Bulgaria process.

Which artist completely blew your mind in 2013?

I think 2013 hosted the biggest battle of the divas! But hey, Beyoncé clearly pulled the craziest move. New phenomenon – no genres!

Dena’s new album is being released on the 10th of March, watch this space! 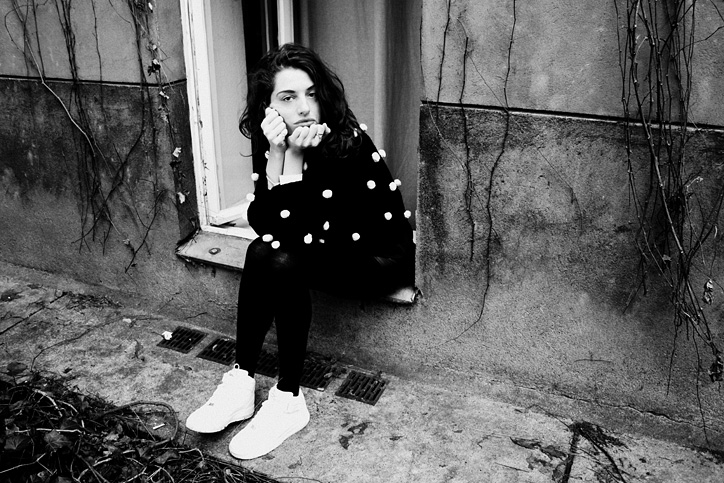