Diane Arbus was fascinated by outstanding characters, and she firmly believed that “There are things nobody would see if I didn’t photograph them.” The photographer scrutinised New York City looking for mentally disabled people, twins, transgenders, dwarfs and giants, who were all exhibited in circuses and sideshows at the time. In 1960, Arbus met for the first time Eddie Carmel, who had a wild growth surge as a result of an inoperable pituitary-gland tumour during his teenage years. For the rest of the world, he was a giant, a monster that was still living at his parents’ little flat. Ten years later, by turning oddity into normality, Diane Arbus pictured the giant Carmel in his living room, immortalizing the simple life of a circus freak. 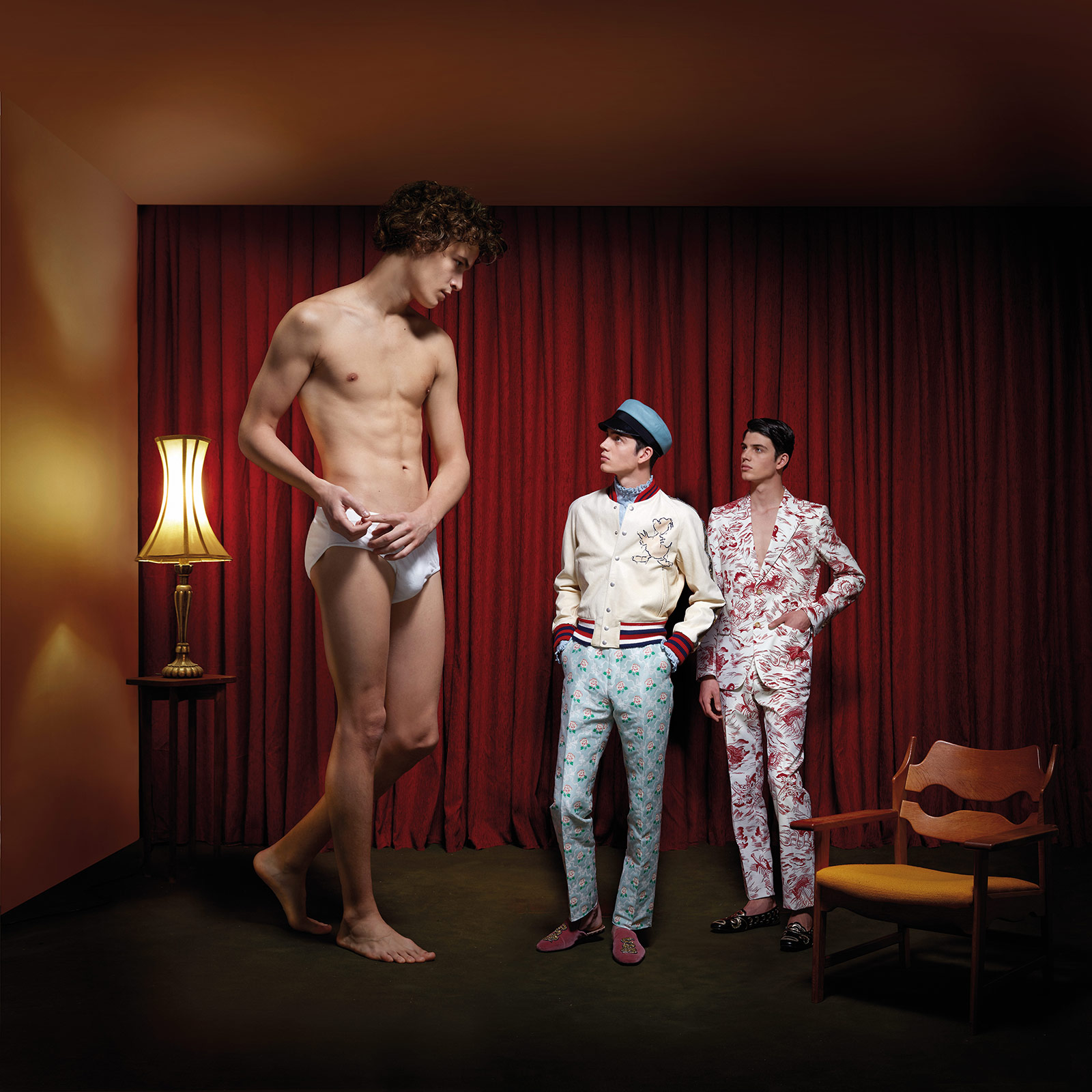 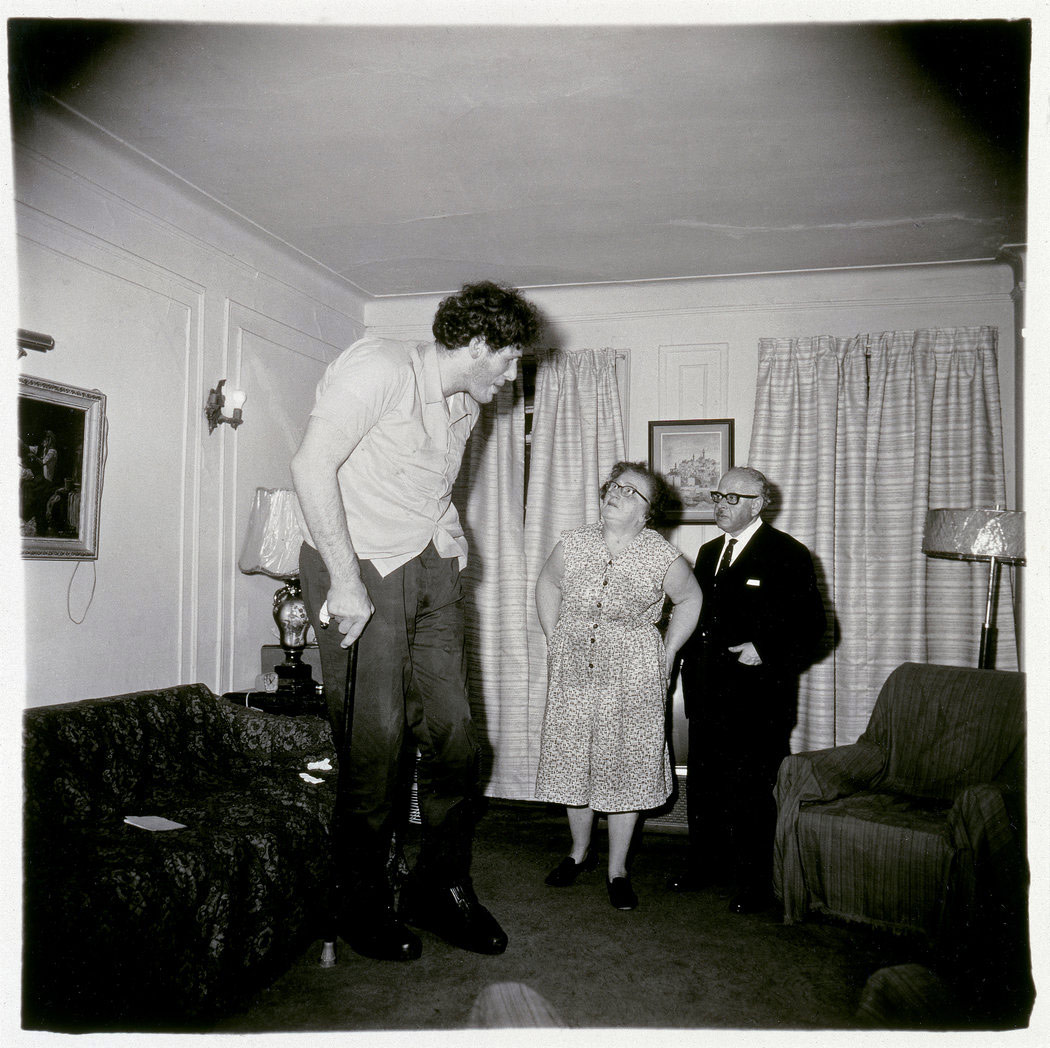 A Jewish giant at home with his parents, in the Bronx, NY by Diane Arbus (1970).