Observer Of The Now 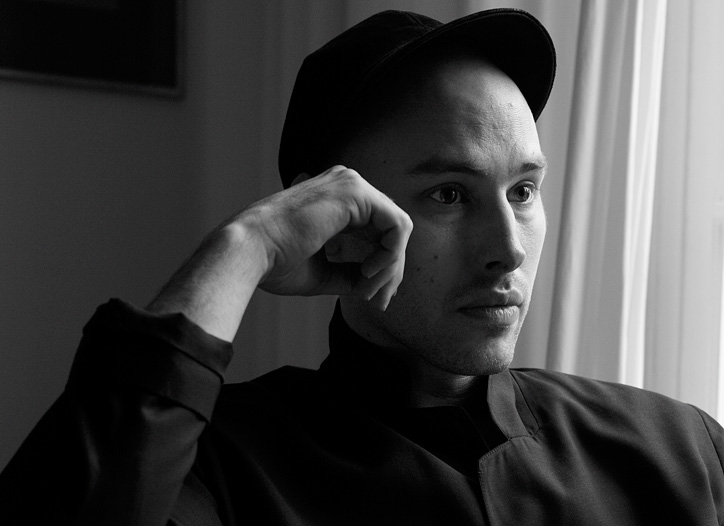 Tillmann Lauterbach’s name may not be as instantly recognisable as the names of other designers of his generation, but one cannot ignore what is a long list of achievements. From starting his womenswear line in 2004 and his menswear line in 2007, to his collaborations with brands like Onitsuka Tiger, or his participation, as an artist, in group shows in Vienna and Paris, and even, being one of the 12 finalists for the latest LVMH prize, Lauterbach has a lot to show for. “Objects of Ordinary Madness” was the title given by the German-born, Paris-based designer to his SS15 menswear collection. Inspired by the sculptures of Joel Shapiro and the atmosphere of French film “Enter the Void”, Lauterbach delivered wearable, comfortable and practical pieces, perfectly suited for a free, nomadic soul such as his own.

I grew up in Ibiza and my mother called many artists her friends. It was the most beautiful set up for a child: nature and free-minded people of all ages, all the time. My education was done mostly by my dog and with nature surrounding me. I used to play for hours, by myself, in the trees or plains… Only later, I really understood the luxury of such an education. Later on, I lived in Germany, Switzerland and Barcelona before moving to Paris 15 years ago.
To be on the move and not to take a place for granted, helped me analyse what I really wanted in life as a person, but also, as a designer, and what type of clothes are relevant for me. What clothes suit my lifestyle, and what other people around me, from all around the world, would want and treasure. It’s an international business we are in, so it is good to have a sense of what people are moved by or what's their desire. In the end, we are observers and interpreters of the now!

You studied womenswear but ended up doing menswear. What caused that shift in your career?

Back in the day, I was doing men and women's, four collections per year, and it was killing me. And it also killed my pattern cutter, as it was only us plus two interns. I had to stop either menswear (which I was already showing in Paris) or womenswear. I chose to stick with menswear.
My background is womenswear though, and I keep on doing several projects around a woman’s wardrobe. I launched, together with the Chinese brand JNBY, a women’s capsule collection for both the Asian and Western markets. It was a small-scale test that I enjoyed enormously. But it was a one-time thing we did for three seasons only. I don’t want to add another full range collection to my schedule, as I am very much focused on menswear right now, and I think there is still a lot for my team and me to do and reach a size were we can work under less pressure. That being said, I enjoy designing both, but of course, for womenswear, you can push wearability further without being ridiculous, and that is a lot of fun!

Do you design for yourself, or is there a specific type of customer that you have in mind when you create a collection?

To tell you the truth, I design pieces I would love to wear or own myself. Of course I am inspired by men I see, by men I like, by friends or by acquaintances. I can’t put an age or label on the man we are dressing.
He’s someone who shares my love for quality and materials… Someone who doesn’t like opulence or labels. Someone non-conformist, on the move, who travels, parties, works… With his own set of contemporary elegance – casual, but strong. Someone who is curious and enjoys the little things in life.

Being a finalist of the LVMH prize is quite an achievement! What impact did that have on the brand and on the business?

It is hard to say which positive event of the last four months was directly linked to the LVMH prize. I think we were already on a good track, but it was a very interesting experience and a great opportunity to meet a lot of important people in fashion and present our work. Everybody was very relaxed and took their time to discover each designer’s universe. I was positively surprised.

You wanted to study sculpture when you were younger but chose fashion instead. How has that initial passion influenced the unique way you work with fabrics and materials?

You know, when you are young, sometimes you think you have to belong to one category. I never had that desire, but I knew I was most happy when I created with my hands. At the same time, I never wanted to live the life of an artist: only the technique attracted me. When my father threatened to cut all financial help if I chose to be a sculptor, it motivated me to find other ways of doing what I love. I went to work for a bank in Barcelona for two years, saving money to pay for the education I wanted. During that time, I also worked as a model, which brought me to fashion. The people I met during those years inspired me to do what I am doing now… And, in a way, I like my life to be anything but a straight line.
Now, I am preparing my second solo exhibition as an 'artist' in September but, as my main profession is fashion, I can take the luxury NOT to call it an art exhibition, not to be dependent on selling the sculptures I create. And that is the ultimate freedom: to create for myself, for friends, for some collectors who understand… And, if needed, be free to burn all that rubbish.

Joel Shapiro’s work and the film “Enter the Void” were the basis for your SS15 collection. What was it that drew you to these and how did you translate that into the garments?

I stumbled upon Joel Shapiro’s work and immediately got stuck by its simplicity and force. When I saw it, I wanted to have clothes like that! I am not the kind of designer who takes an artist’s work and directly translates it, so I blended its main idea - the movement of the static - into the surreal aftertaste I had when I watched “Enter the Void”, that I found most innovative and controversial. We took the “trippiness” the film breathes and translated it into a low-tech dot print, placed on a grey mesh, on a black background. The human brain can’t process the information and adds an interfering pattern of black and white flashing dots.
Other references are taken more directly, as the block-cut jackets that resemble Shapiro’s cubes. The same jackets come in this season’s highest-priced fabric - a reversed Italian high-end denim dyed like moulded wood - which later is hand-distressed with little holes, and then shipped to Paris to give it a splat effect, by myself and my team. The 3-step process is still visible on the finished garment and gives it the idea of dimension and depth. Basically, like taking a drug-free LSD trip.

Since materials and techniques are always such an important part of your collections, can you tell us what you did for SS15?

I wanted functionality to be subtle, but present. As we sell a lot in Asia, I wanted the garments to be easily worn in very hot climates. We went through piles of traditional Asian garments in order to adapt what’s been proven effective: the idea of the “kimono air conditioner”, an ultra-thin bamboo mesh to be worn as a first layer, in order to let the air circulate and cool the body. Our adaption is found in an ultra-light paper knit t-shirt that serves the same purpose. Also, we used a linen jacquard from England, were the threads were left uncut for the flow of air. As I love wool and its properties, we used a light seersucker which we double boiled in order to re-enforce the 3-D effect the fabric already has. The idea is to make the garment float on the body for the same effect: old-school air conditioning.

And finally, are there any upcoming projects that you would like to tell us about?

As I mentioned, I am very excited about the exhibition in Vienna, in September. It will be a great collection of objects of ordinary madness. I am preparing next winter‘s collection and also collaborating with the high-end umbrella manufacturer K-bold on 3 exclusive TL styles to be launched in January. Fun stuff and a bit psychedelic, as we love it. 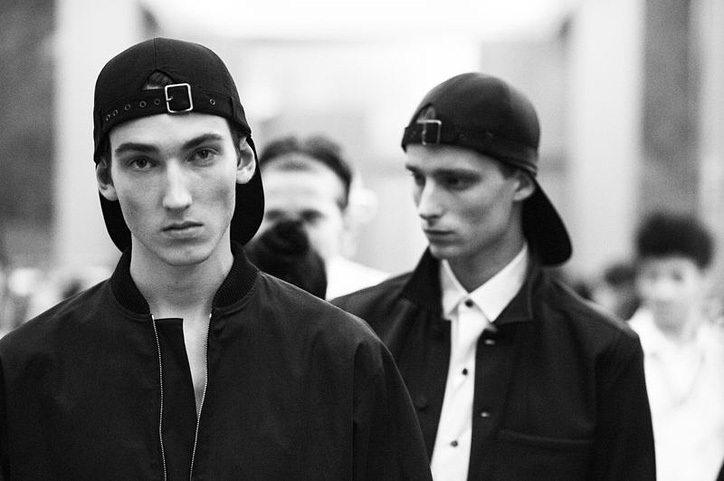 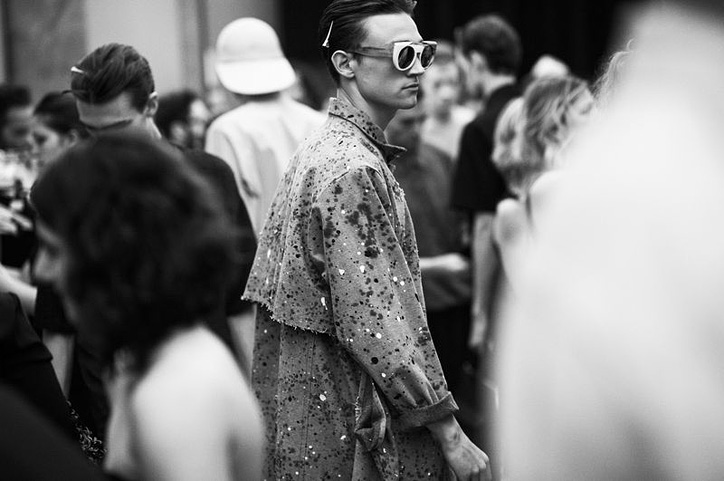 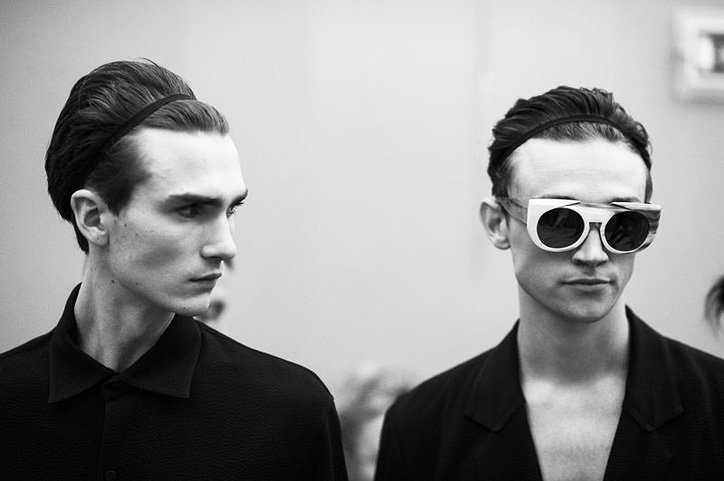 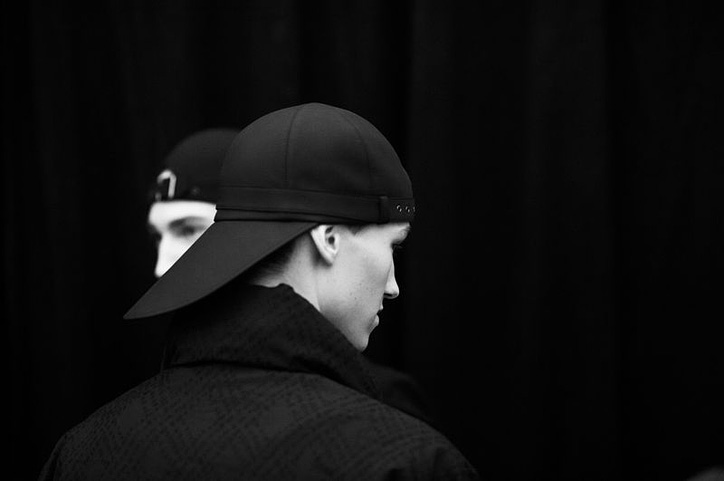 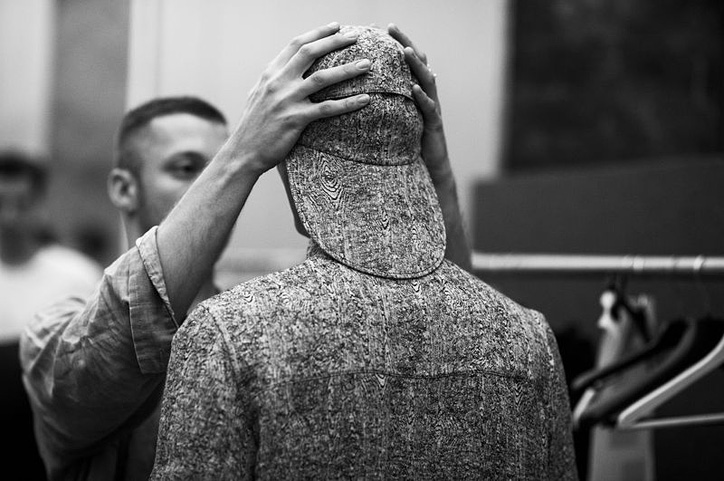 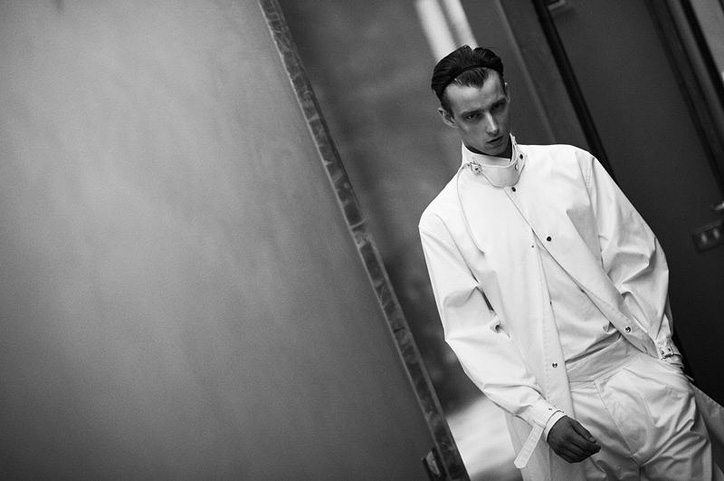 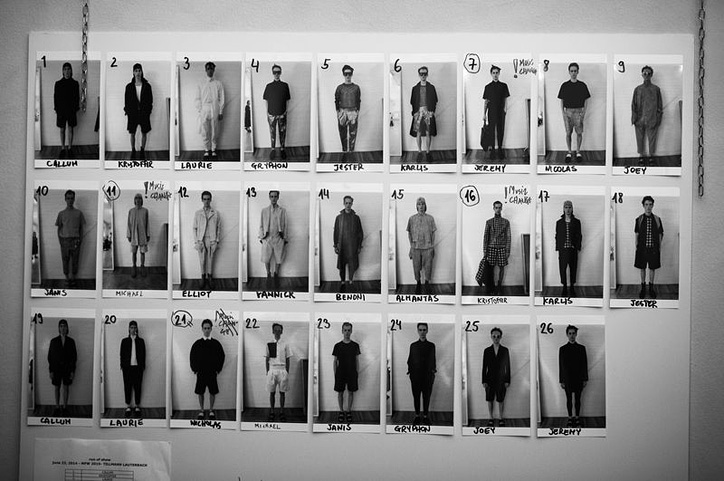 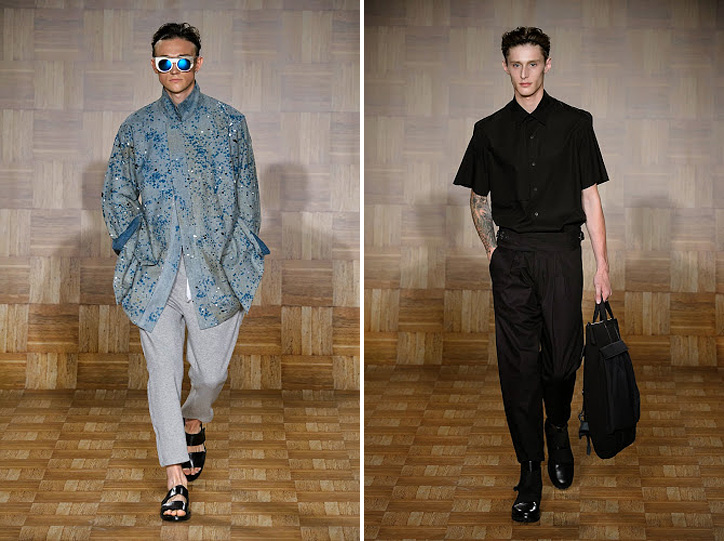 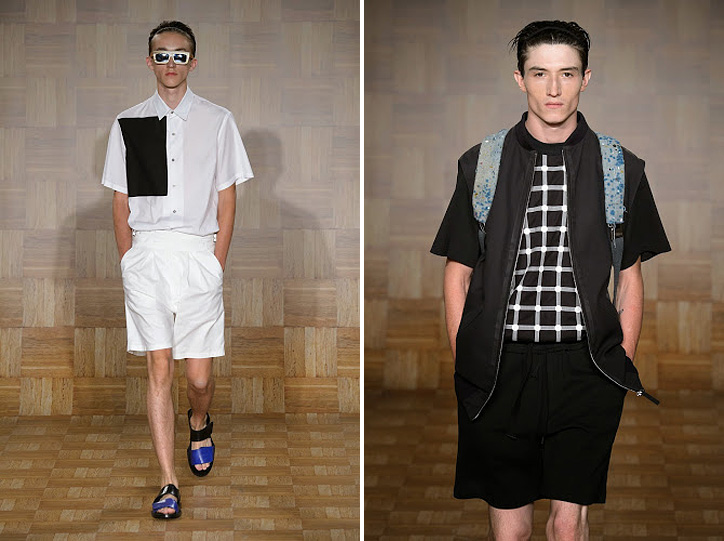 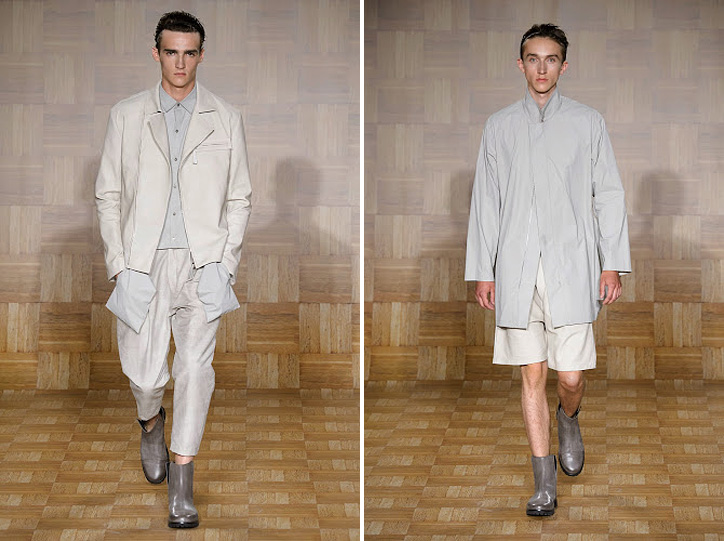 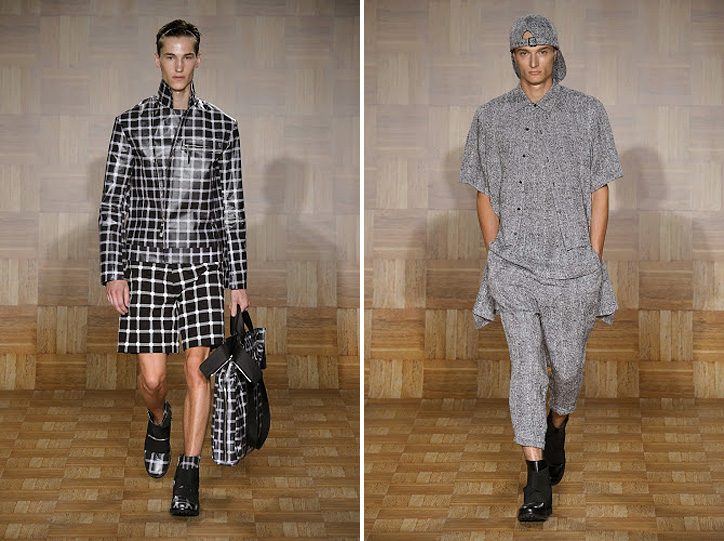 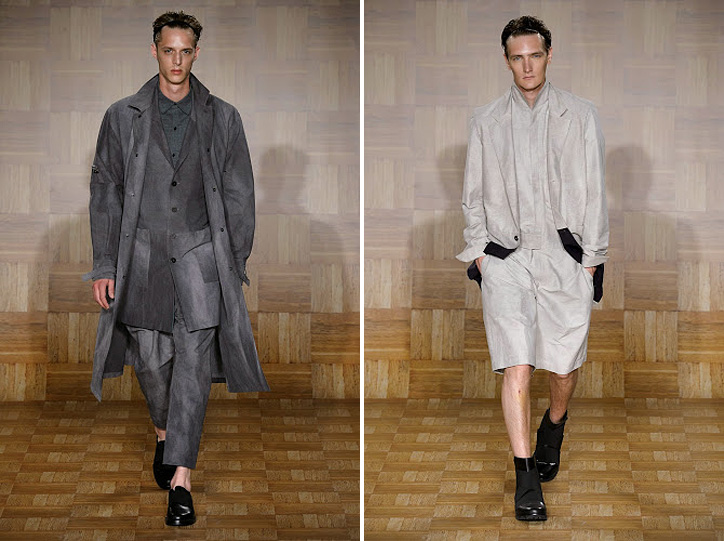 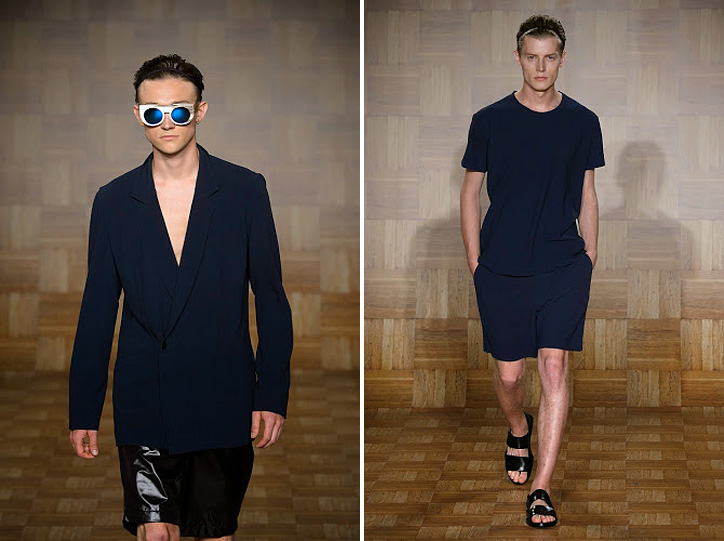