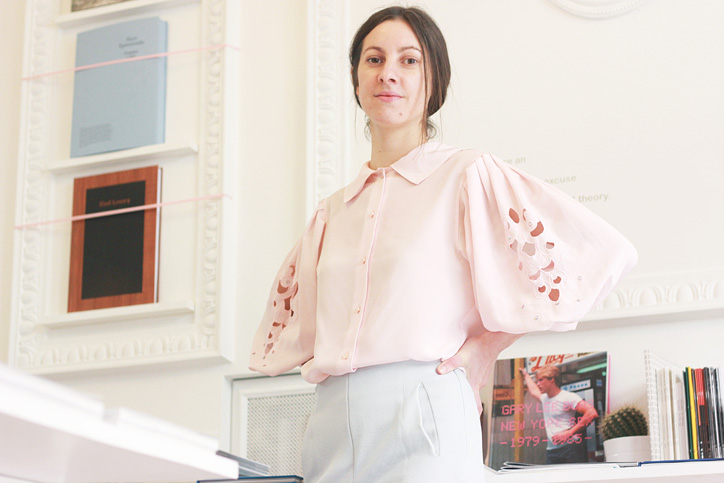 The Art Markets is the brainchild of Italian art editor Ingrid Melano. After having roamed about for 5 years living around Europe –writing for her website and other magazines and blogs–, last year she finally found her home in Milan (in a very stimulating area of the city) when she opened a tiny, gorgeous bookshop full of independent treasures. The Art Markets has just been selected by I Never Read –art book fair in Basel, parallel to Art Basel– and launched an extremely interesting side-project of independent press distribution: T.A.M. Books. We met Ingrid at her bookshop to have a talk about what’s behind her work.

How did the project start?

The Art Markets was created in 2009 as a contemporary art blog. At that time it was a quite unique project. During my university years, I was attending a course named ‘The Art Markets’ and one of my teachers suggested I found my own blog about contemporary art since nothing like that had been created yet. So basically it started as a university project, and then it developed through the years also thanks to my travels. In fact, I started by writing reviews of exhibitions I attended around Europe. This is how it worked for 5 years, then in 2013, Sini Rinne-Kanto, our Finnish current editor at large, joined the project. She was my assistant for almost one year and then more people joined us.

And how many people are working at The Art Markets now?

At the moment we are almost a team of ten. I am in charge of the direction of the whole project. Sini is our managing editor: she is in charge of the website and the team of editors. Martina Alemani is our PR: she had a fundamental role in getting exposure for the project here in Milan while I was living abroad. Roberto Scalmana is our contributing editor who writes reviews and sustain our events, Francesca Mangion is our Paris based contributing editor and independent curator. Then we also have an author who writes creative pieces: the artist Stefano Calligaro, currently represented by Frutta gallery. We have a photo editor, Fabio Calabretta, who is helping us to spread the souvenir of our events, and then there is an intern.

How has the project evolved?

In the beginning it was an online magazine and it was like that for five years. Then, when other people started joining the project, everything started evolving and developing really fast. When I lived abroad, I had some working experience in stores and that made me realize the importance of a physical space for a project. Having a physical space means having a very direct influence on people: it’s an extremely good way to get to know your audience and getting more visibility. So when I came back to Italy I decided to open up my own space. Having always worked as an editor through a bunch of collaborations with European independent press, I had the chance to get in contact with many publishers and once I opened the space they immediately contacted me – and that’s basically how the bookshop was came into being. We were recently selected to take part in the Basel art book fair and we’re very proud and happy to participate.

Tell us something about your background. To what extent have your origins influenced your path?

I come from Turin, which is a beautiful city but can be a little bit depressing sometimes. It’s an industrial city and it doesn't leave you many choices or possibilities, so right after high school I started attending economic studies at the university, following a sort of guided path. When I was in high school I actually had the chance to get to know the contemporary art world, thanks to a fair. Since then I discovered another, less boring, aspect of Turin. The city is also very much known for its important cultural events. I consider my hometown a proper school. Indeed, my education derives from Turin’s cultural establishment. I soon left my economic studies and decided to move to Milan to study Art and Culture Management at Bocconi. That was an international course, extremely interesting and formative since it put me in contact with a lot of people from abroad.
While I was studying, I was also working for a bunch of international and Italian galleries. In the end I realized I was more interested in communications, and I redirected my professional path towards the editorial field.
Before obtaining my degree, I moved to Helsinki for a period to work on my thesis and after that I moved to Paris for 3 years and finally to Copenhagen. These years abroad were essential for The Art Markets, since when I was there I started writing and getting in contact with independent magazines.

How do you conduct your research?

My research has always been focused on young artists, on what is yet to be discovered and our website activity is still known to be a kind of selection based on new art and culture trends. Research is filtered by our own taste, following a specific editorial line based on what’s brand new and young. We mainly focus our attention on the 80s/90s generation. The bookshop follows the same selection standards. In our space we would like to offer a print selection allied to our taste and editorial guideline. Our research also draws from people around Italy and mainly through our travel experiences abroad. The whole project’s roots are European, both on a geographical and conceptual level. We feel deeply European, more than just Italians, and we want to represent our generation of young Europeans who experienced the introduction of the euro and finally have the chance to move and broadcast ideas around European countries without any boundaries.

I agree. We are also the generation who fully experienced the change towards new forms of communication and the transit to the social network boom and digital era. What are your feelings about this topic?

The web is super important to me. If I had to give a definition of myself, I should say that I’m an internet girl. In fact I’m known for what I do thanks entirely to the Internet. Blogging and social networks have given me a lot. When I first opened the bookshop I already had about 2000 followers on Facebook and 1000 on Instagram, so I didn’t have to do much more to get visibility. My latest personal project is also totally based on the Internet.

Tell us something about that.

It’s called T.A.M. Books. Upon insistence on the part of many independent publishers, through this new project, I’m going to be the first Italian distributing channel of independent press. I supply every single new bookshop in Italy, as well as private clients. It’s about the coordination of Italian independent press in its entirety. I’m very proud and exited since nobody has done this before. This will certainly double the impact of our physical space, which wouldn't be that strong without the Internet support. Nowadays everyone has a double life after all: a physical one and a digital one. It’s like two parallel realities, both worth exploring and defining, and I think we should breed them with the same attention.

Every two weeks you organize some events in your bookshop. Tell us something more about this.

The idea behind the events came about in a spontaneous way. I always wanted the bookshop to be an association and a place to meet people and exchange ideas. I managed to achieve this also thanks to the area in which the bookshop is located. It’s an extremely lively neighborhood of Milan where research in every field is essential: from art to food, from cinema to nightlife. After our opening party, many artists and creative people began proposing collaborations. That’s how I started to schedule these regular events, in order to grant the most interesting proposals an opportunity for expression in my bookshop. Every two weeks we host a tandem of artists presenting a new work and a DJ set. Some of them work on a piece exclusively for The Art Markets and they exhibit it during the event.

You have an interesting selection of independent fashion magazines. What’s your connection to fashion?

I started writing about art for fashion websites and for the fashion magazine, Revs. So it was very spontaneous to have this selection in my bookshop, and I think it’s also a way of speaking to a wider audience. Moreover, many creative people, also connected to fashion and design, often come over even just to have a look around and spend some hours in search of inspiration or ideas. When I lived in Paris I was doing the same in places like Yvon Lambert, Ofr., Artazart… and these stores are certainly part of my inspiration for my own bookshop. Since I felt a place like this was lacking in Milan, I decided to create it.

I’m planning to focus more and more on my personal project T.A.M. Books, and my aim is to coordinate an existing reality that’s currently not so well-organized and make it work better. 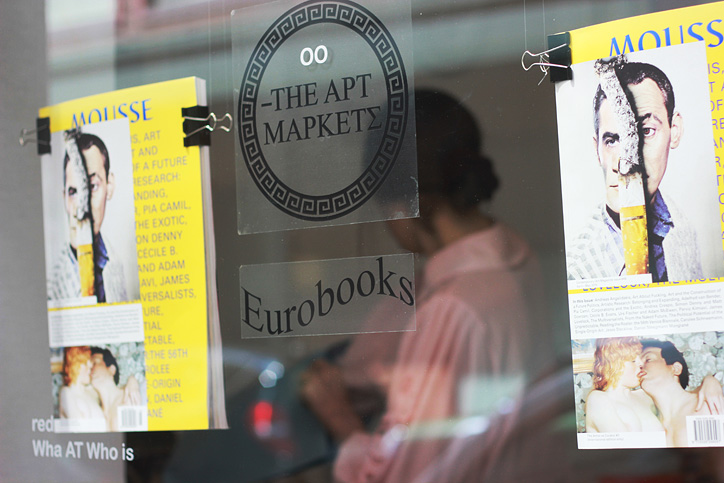 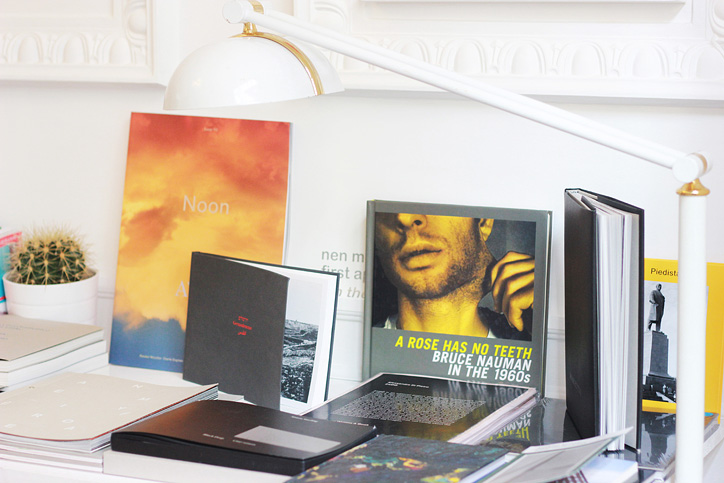 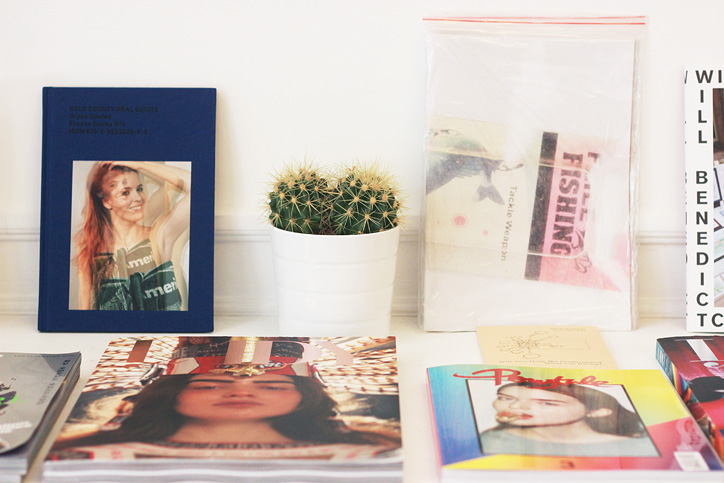 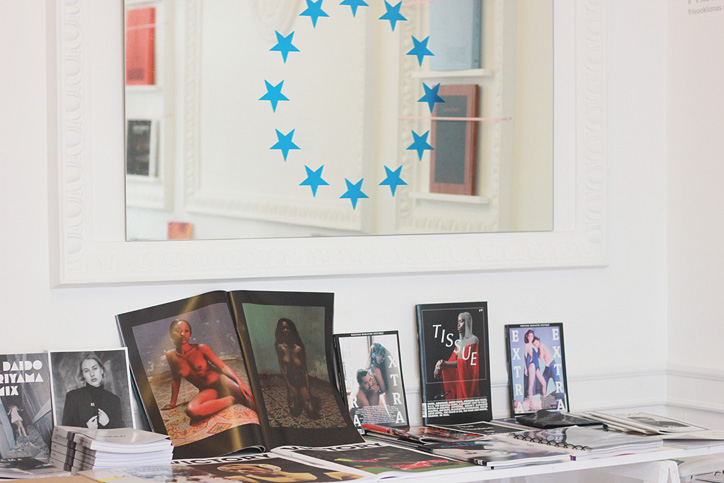 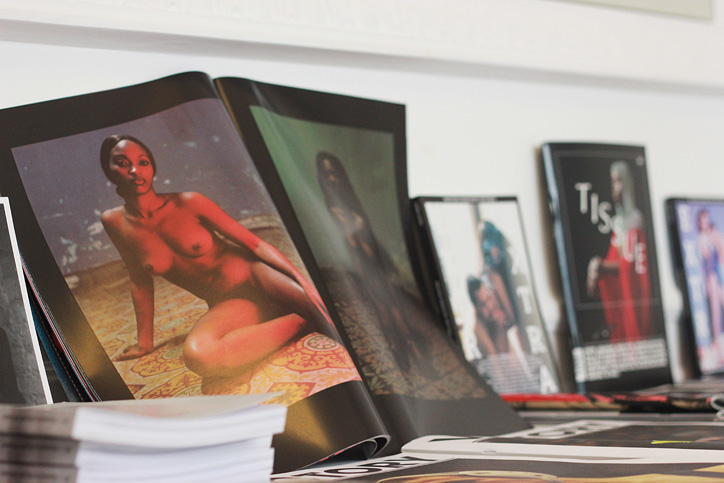 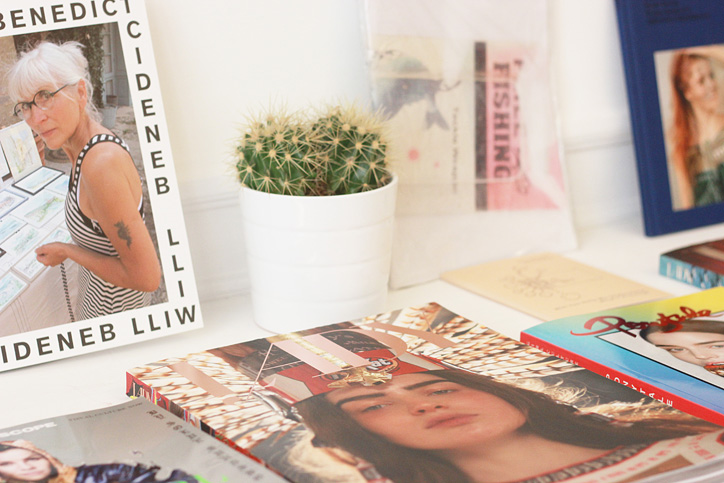 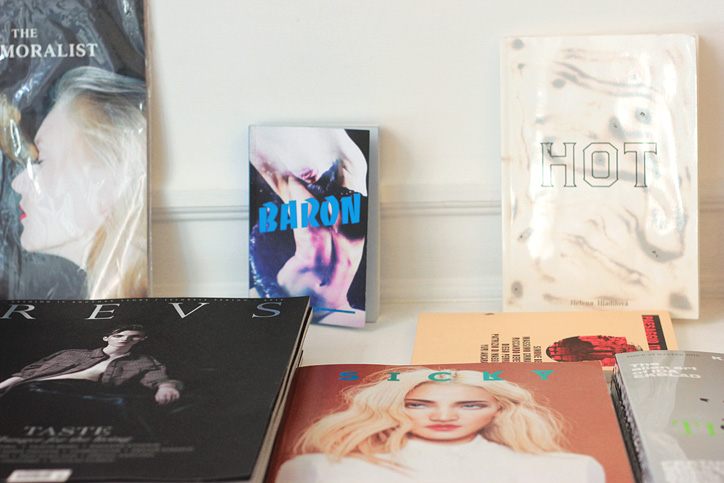 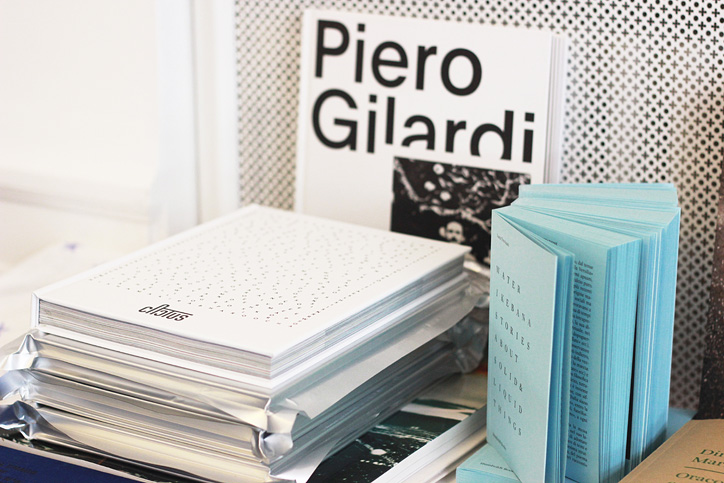 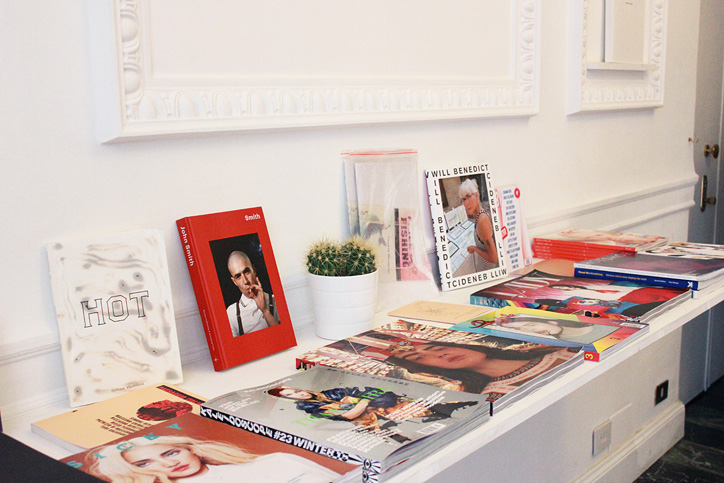 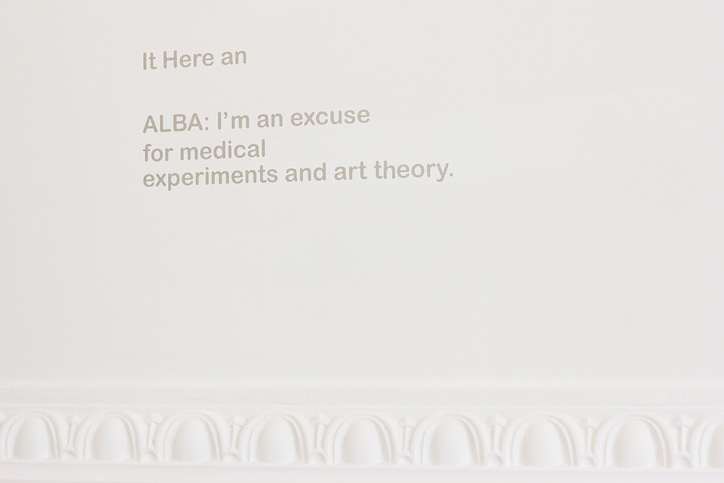 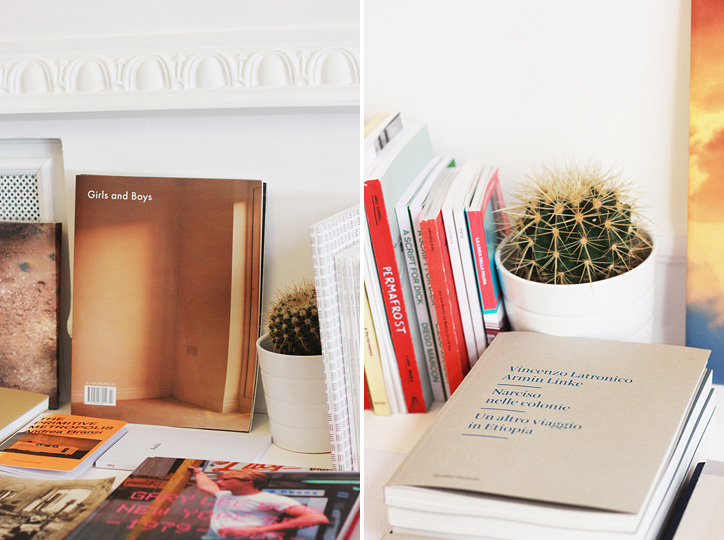 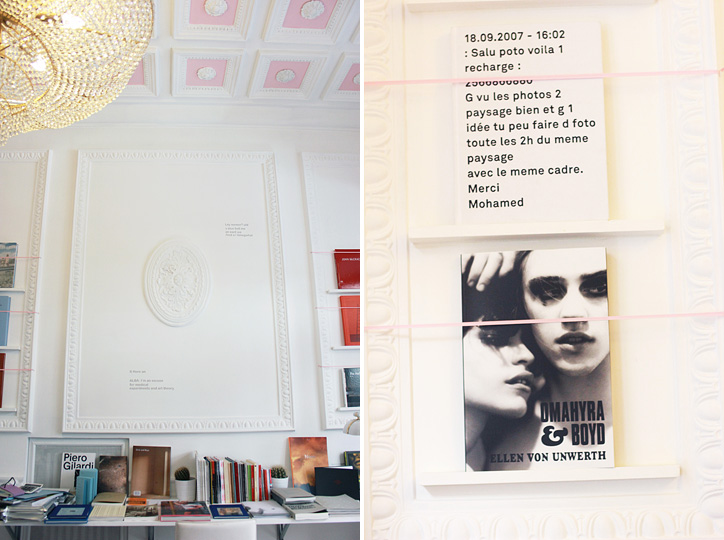 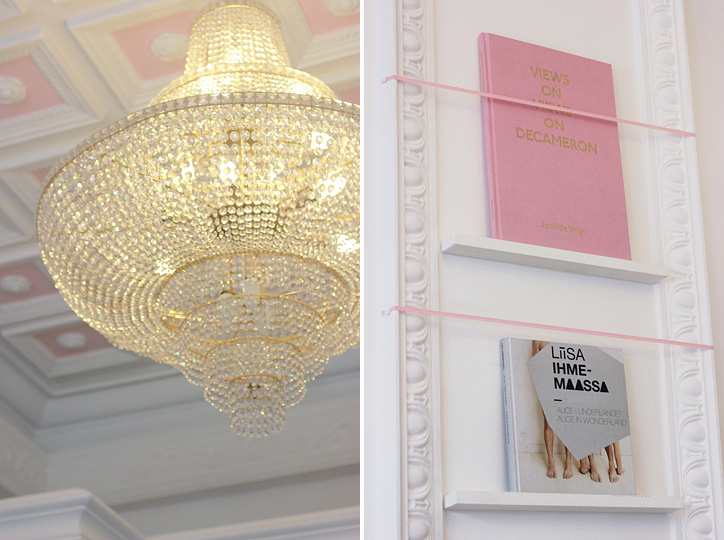 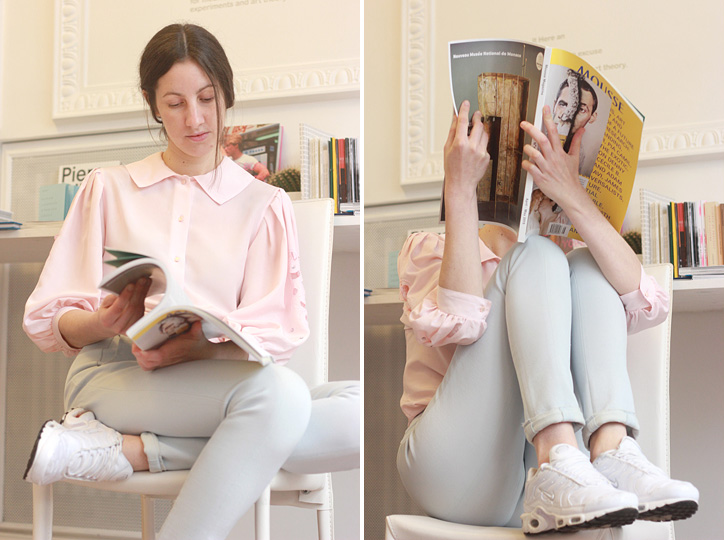