Multimedia Art As A Reflection Of Today 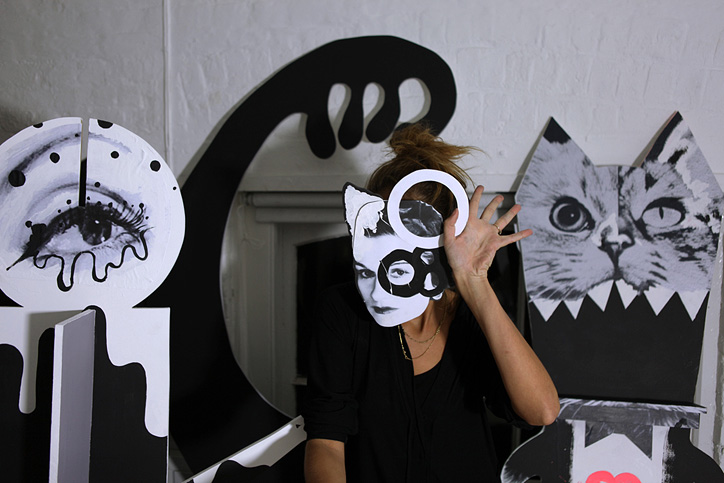 The decade we are living in has already turned illustration to an independent form of art and has raised brand commercials to the level where they sometimes overshadow the collection itself. Quentin Jones is one of the contemporary multimedia artists who approaches her own vision of filmmaking, based on slapdash collages and transition between images.

After graduating in Philosophy at Cambridge, Quentin headed to London's Central Saint Martins, where she began to explore animation and develop her illustration skills. Her graffiti – style videos caused a stir in the fashion world, and she has created films for brands such as Chanel, Tibi, Kenzo, Victoria Beckham, with Marc by Marc Jacobs and Opening Ceremony featuring her illustrations. We had the chance to ask Quentin about Surrealism, her collaborations with the big brands and how to create multimedia art today.

What was your first experience as an art illustrator/filmmaker?

When I was a child, I would borrow my mum's Sony Camcorder and make stop-motion videos. By pressing the record button for half a second about a million times. So pretty much what I still do nowadays, but back then I made play-dough characters that would move step by step. My greatest achievement was getting my little man to do the monkey-bars through my mum's full fridge. I think he was trying to find the cheese drawer.

How would you describe your aesthetic in filmmaking?

I like visual contrast – I like fashion images that have a jerkiness. Fashion films are usually very 'perfect' and smooth, so it is nice to have something ripped, free, or slapdash in there. I think the same goes for my approach to illustration. I value the accidental in both.

Do you have any favourite works among what you've done up to now?

I have now started taking a lot more photographs, and I have editorial pieces coming out soon. I really love working in this new medium and being in control of the entire process. My favourite films include the one I made for US Vogue this year with Cara Delevingne in it, as well as the one I made for Chanel a couple of years ago with my friend the ballerina Emma Chadwick.

Which artists/filmmakers inspire you (if any)?

I find fine-artists the most inspiring when I am making films – I like to look at old favourites from the Dadaism, or visit exhibitions and scribble down new names in order to do some research on them later. I recently discovered Franziska Holstein, Tala Mandani, and Tauba Auerbach.

Do you consider your work as surrealistic?

Sometimes, but I wonder if the fact that it is so obviously montaged into surreal compositions make it less surreal, and more simply collaged art?

How do you usually react on plagiarism?

I think we are all fed by what we see around us – and it is natural to react to what you have absorbed. It is boring if you don't have personal reaction and you just mirror what you see. I guess what defines creative minds is the ability to react in new and interesting ways... So you shouldn't feel threatened by someone that hasn't managed to do so.

Do you have anything you have always wanted to try in your work?

I am really keen to do a music video this year. I have got so close to doing them, and then things never work out. 2014 is the year!

Your video for Kenzo pre-fall 2012 is representing the new concept of commercials as an artwork. Can you tell us what was the main idea for this video?

The main idea for Kenzo was to structure a video with a word. The film is punctuated with the letters K, then E... and so on. Then at the end all those moments build up on the screen. When I come to think of it, it is sort of something from Sesame Street, which is no bad thing.

Do you think times are changing in a positive way for multimedia art?

I think the ways creativity is developing are shifting – we are seeing much freer experimentation online. This is probably down to where money is being placed. I have noticed a real difference in how much mixed media art there is around now compared to when I graduated. I feel pretty lucky to have surfed that wave! 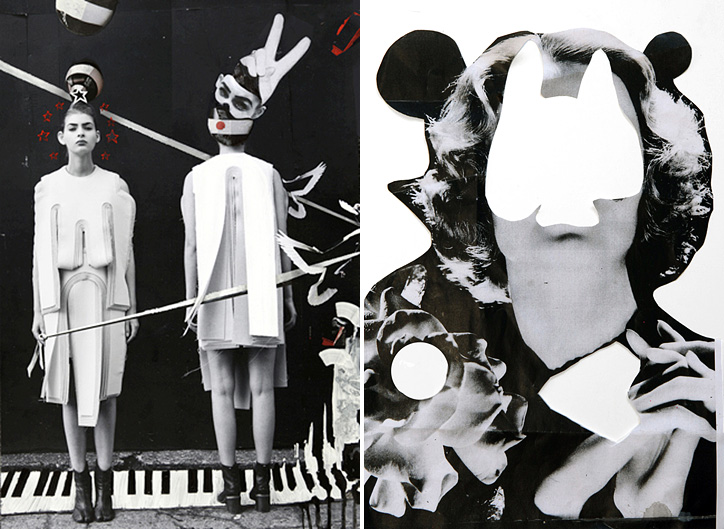 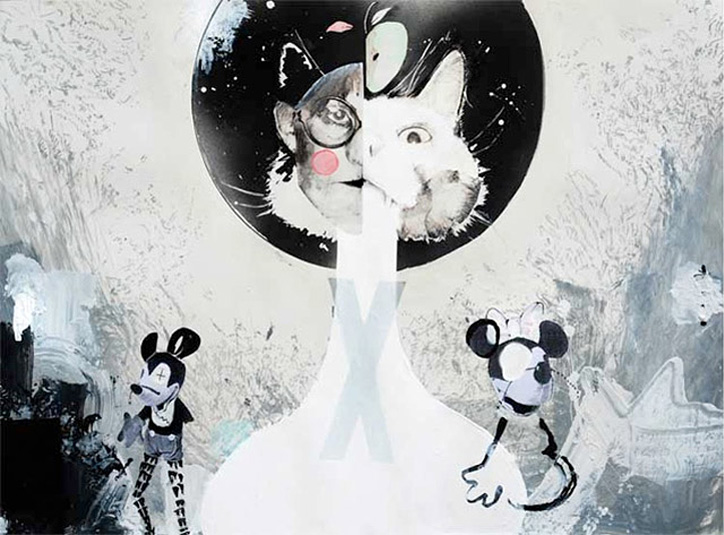 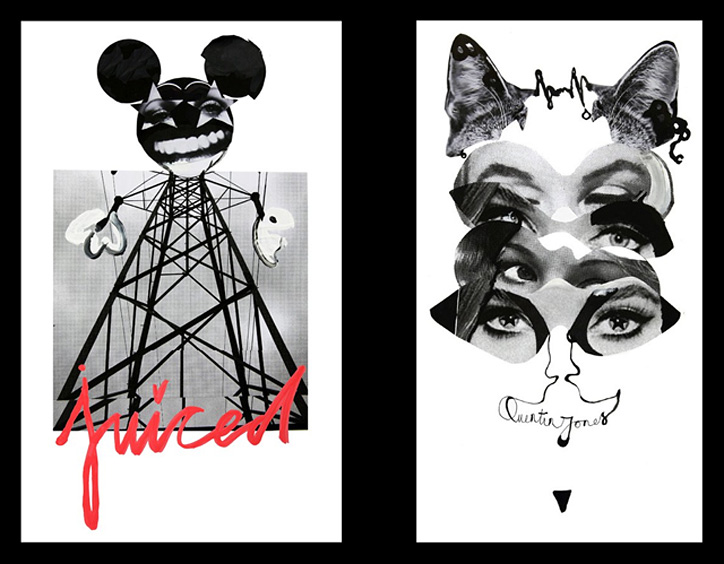 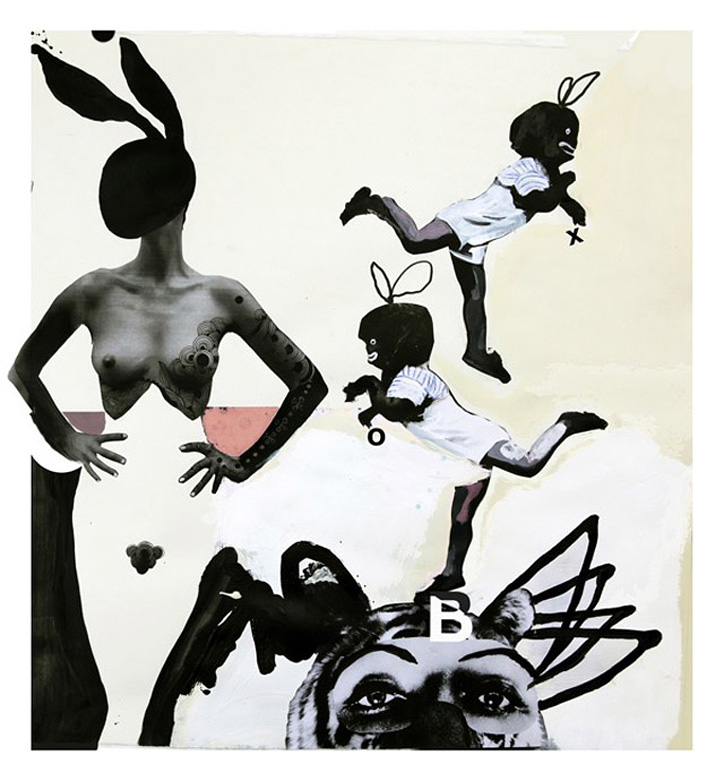 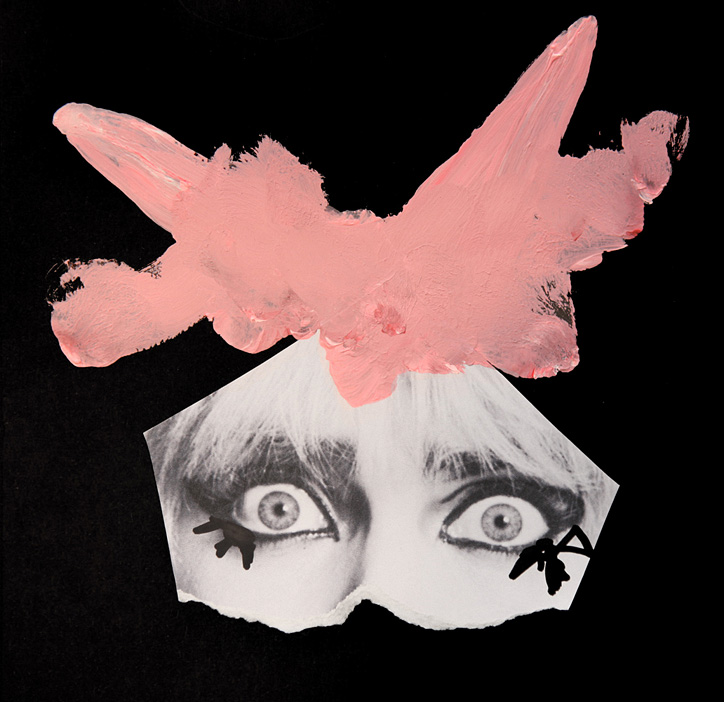