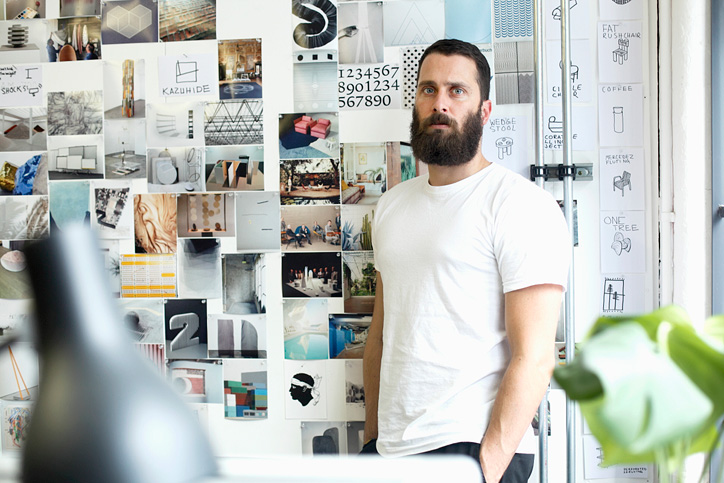 Philippe Malouin founded his award-winning multidisciplinary design company and interiors practice POST-OFFICE in 2009. Since then, the two London-based businesses have worked with brands including Aesop, Bloomberg and Ace Hotels to name just a few. Malouin’s collaborations are clean, minimal and utilitarian – essentially, extensions of his aesthetic sensibility. His sofa, stool, table and lighting design pieces would furnish a home beautifully à la Philippe Malouin. But we were curious to know about the things he loves and lives with in his own personal spaces.

I’d like you to picture your living room and talk to me about your favourite piece of furniture in there.

I think it would have to be my sofa. It’s a classic Ligne Roset Togo sofa by Michel Ducaroy. I bought it during my second year in London, when I was earning about £10,000 – I was making no money whatsoever! One day, I was commissioned for quite a good job and I remember running straight out to Ligne Roset because they were having a sale and I bought it. I’d wanted it since I was about six years old. My mum had one in her hair salon waiting room and I’d had always wanted it for myself. So as soon as I was able to afford it, it was mine. My pride and joy!

Would you consider buying a new one at any point soon?

I don’t really believe in replacing furniture very often. I believe in waiting a long time, really knowing that you want something, and then buying it. I bought it in 2009. I guess it’s been a while already.

You say you don’t believe in buying new furniture very often. Do you ever reshuffle the things you already have at home?

I keep everything in the same place. I design the layout in advance and plan ahead. I’m generally happy with the way it is so don’t tend to move things around afterwards.

Moving on to the kitchen – tell me about a special object you have in there.

It would have to be a Japanese hanging basket that was hand–woven with copper. It’s an old traditional technique and you can store fruit or whatever in there. It’s really quite special.

It sounds beautiful. Where did you get it from? Did you buy it in Japan?

No, I didn’t, funnily enough. I bought it in Canada if that makes any sense! It was a shop owned by a Japanese couple and they were selling some pretty unique items. 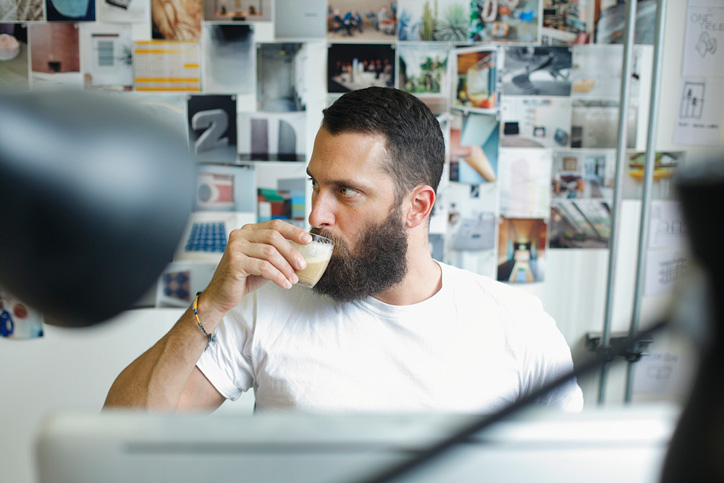 I’m fascinated by what people keep in personal spaces such as coffee tables, bathroom cabinets, or in this case, on a bedside table. Actually, do you even have a bedside table?

No, I don’t have a bedside table! I use a chair…

Oh nice, I like the idea of a chair as a makeshift bedside table. What do you keep on there?

Just a lamp, I don’t keep anything else on it.

Your bedroom is sounding very tidy! What kind of chair is it?

It’s an old wooden one.

The lamp is an anglepoise lamp – it’s actually an old one I found at a market stall and I think I paid around £2 for it.

I like the fact that you mix vintage finds with more modern pieces of furniture. I’m sure it makes for a beautiful home. Now to the Philippe Malouin Studio – how many people make up the team?

There are just three of us, sometimes four.

What’s the most treasured thing in your studio?

That’s a good question actually. Our studio is so small that we don’t get to hold on to that many things unfortunately. I guess it would have to be the table we work on – it’s a giant space big enough for six people. We have plenty of room for all of our sketches so it’s good in that respect. It’s a nice upgrade to the studio.

Tell me where the table’s from…

I designed it. It’s a giant wooden baton table with a really nice top surface to work on.

Do you all work around the same table? Don’t you have separate workspaces?

Yeah, everybody’s on the same table.

How recently did you upgrade to the newly designed desk?

It was a couple of months ago. It’s my favourite thing because it’s practical, stable and sturdy and it’s not just a piece of plywood with trestles under it like we used to have. 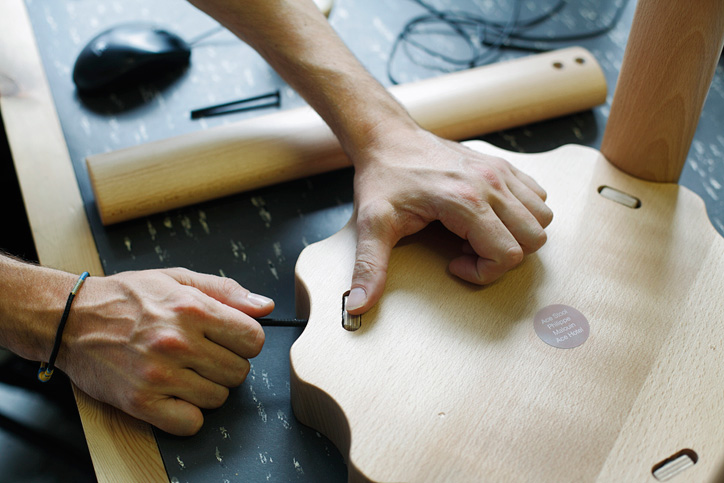 Let’s end on what you’re going to do next. Can you tell us a bit about any projects you’ve got coming up?

There’s a lot of furniture but unfortunately I can’t tell you exactly who for until it’s out. I’m designing a collection of furniture for a Chinese company that’s working with quite a lot of European designers, which is nice because it’s catering solely to the Chinese market. It’s a pretty interesting direction. I’m also working on a collection of rugs for a company here in the UK and some furniture for an art gallery in Rome. I’m also doing quite a few private lighting commissions. We also finished the interiors for Aesop’s London headquarters in a warehouse in Bloomsbury just recently.

One of my favourite skincare brands! That’s amazing.

Yes, the final result is being photographed as we speak. There are quite a few other bits and bobs going on as well but I can’t reveal anything more at the moment.

Watch this space! You’re doing so much. How do you manage with a team of just four people?

It’s a bit difficult right now, to be honest. We’re all a bit overworked at the moment but that’s the way it goes unfortunately when you have a small business and you have to do a lot of it yourself. It’s constant work and thinking all of the time. I also travel a lot, which isn’t easy. I’ve just come back from a workshop where I was making things with a chainsaw in the woods, that was fun! And next I’m going to France to Boisbuchet to give a workshop about glass and ceramics. So that’s a lot of time spent away from the studio and, yes, it’s difficult to keep up.

It’s also extremely encouraging, the business must be moving forward steadily for you…

We’re very lucky, things are really quite good. We’re able to survive and live well, which is difficult enough for a design studio as it is, so it’s great.

Are you still doing some teaching for the Royal College of Art?

I’m finishing my last year at the Royal College. My students set up their grad show this summer.

Yes. It’s only one day a week but that day becomes a huge responsibility so no more teaching for me unfortunately.

Will you be sad to not do that anymore?

I’m really happy with the period I spent there and I think it was just the right amount of time while I was still excited and liking it.

So you’re ending on a high…

On that note, I shall let you get back to work. 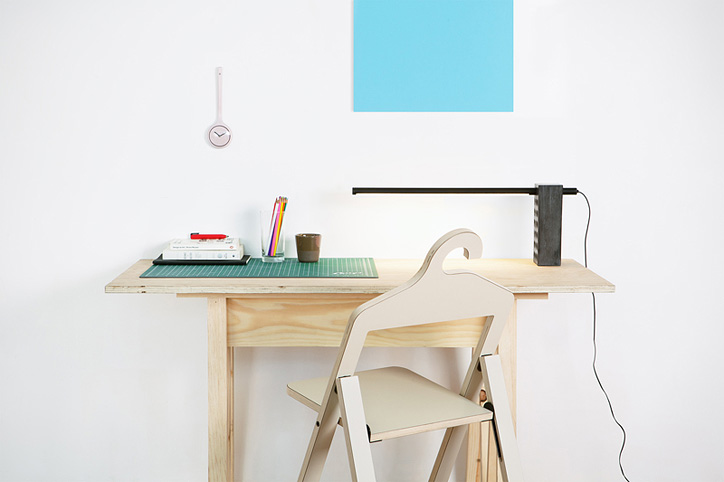 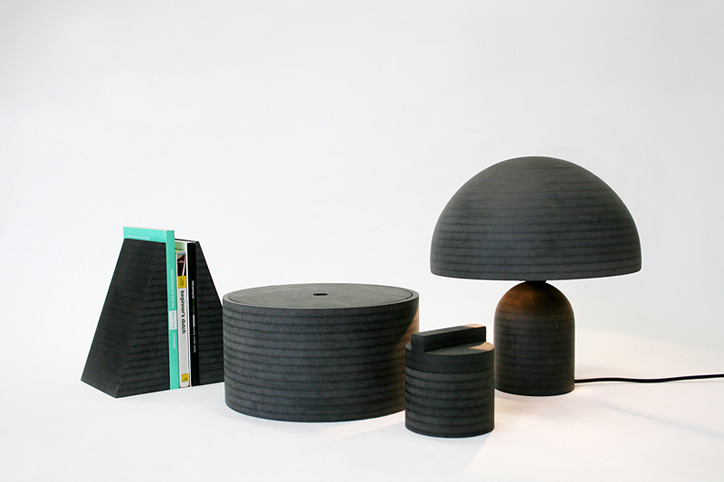 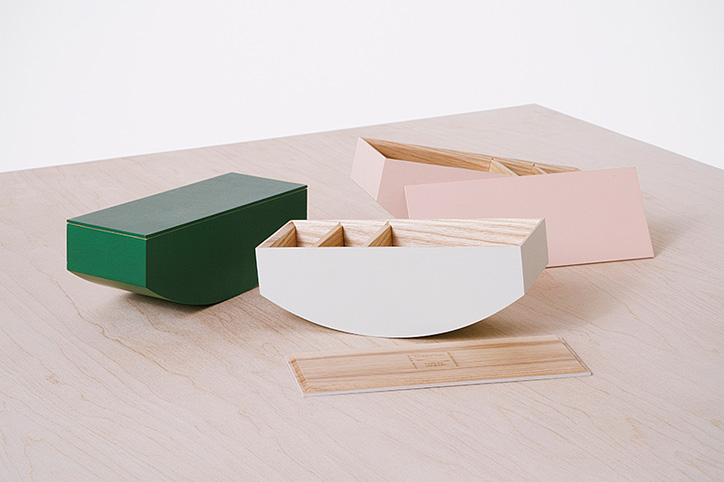 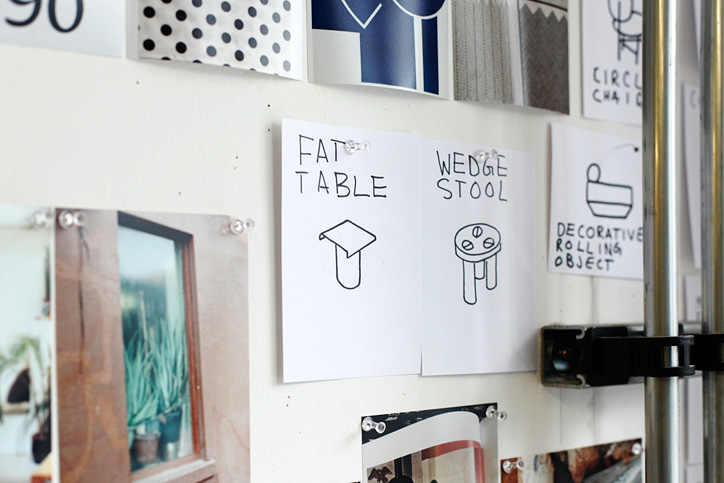 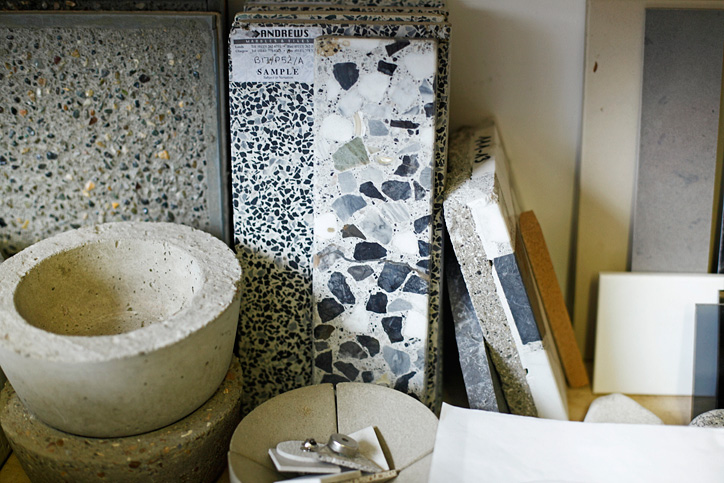 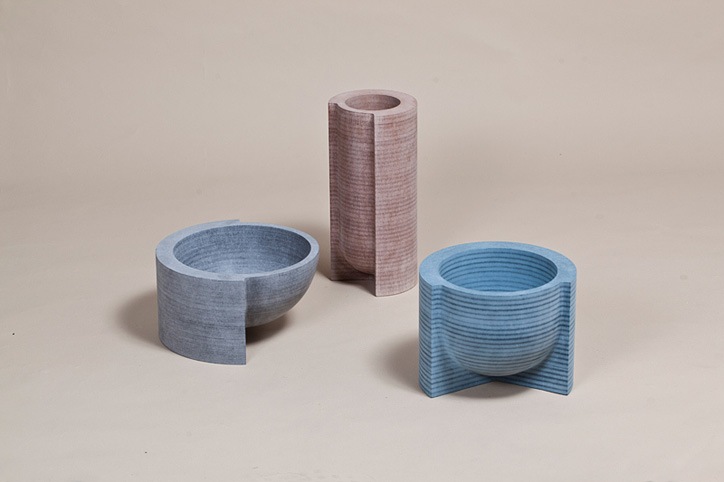 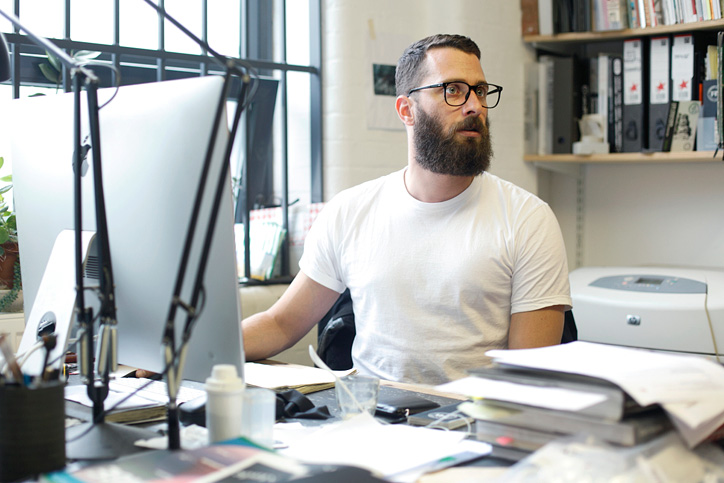 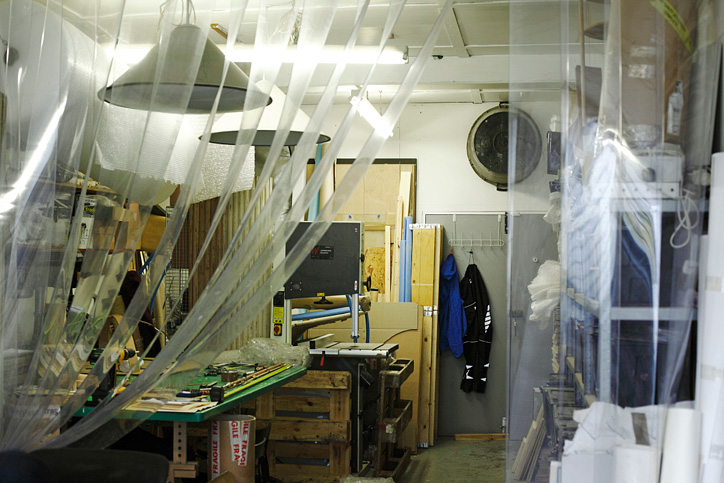 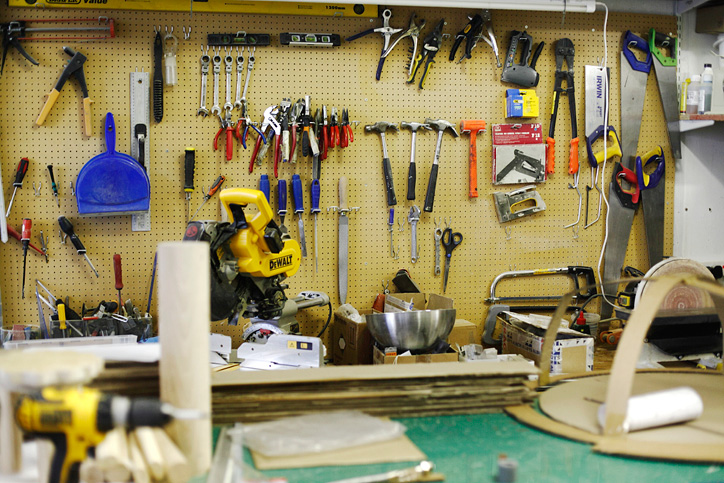 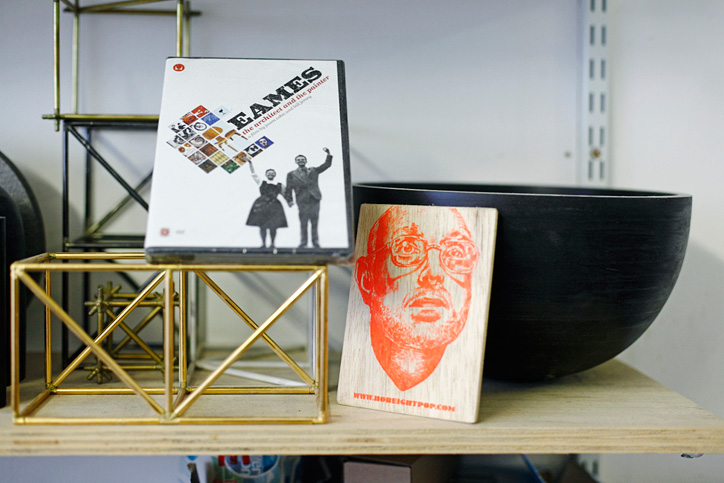 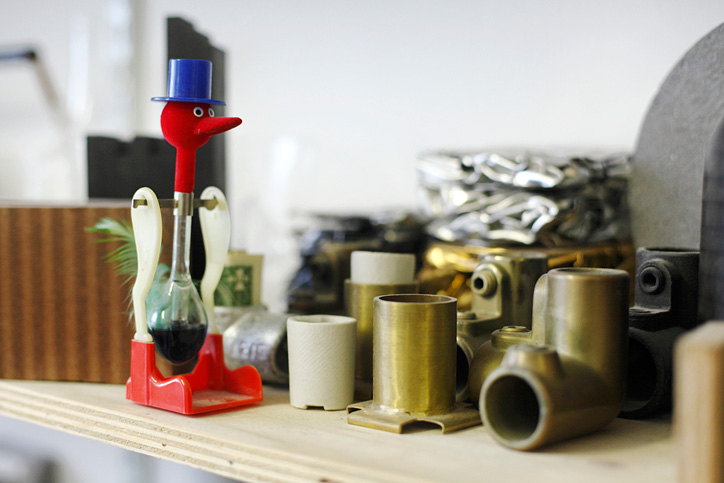 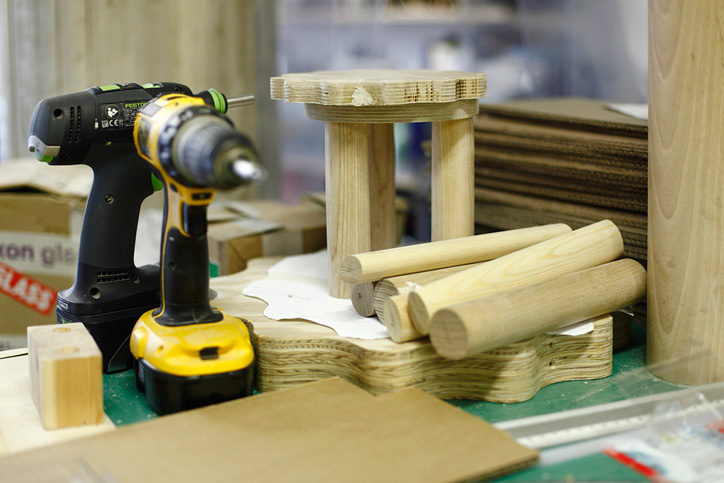 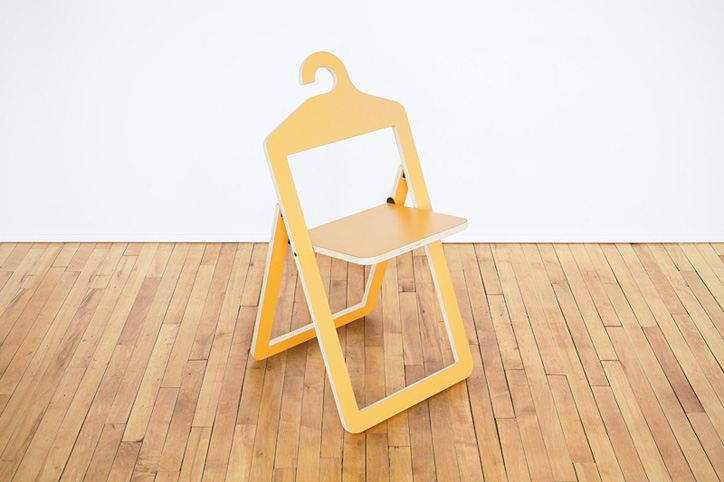 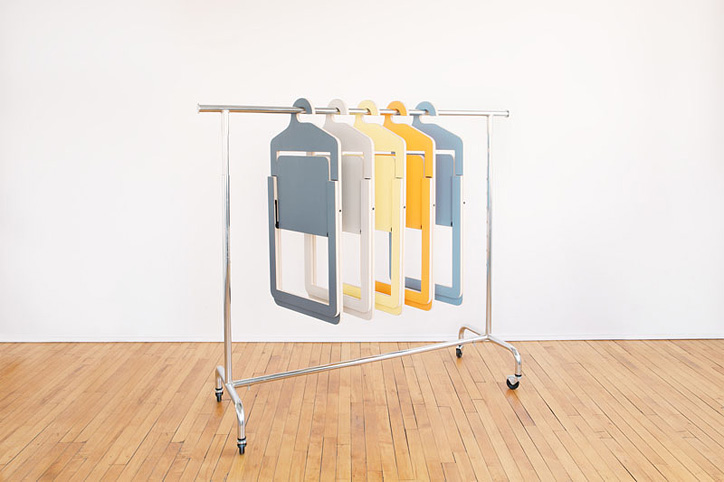 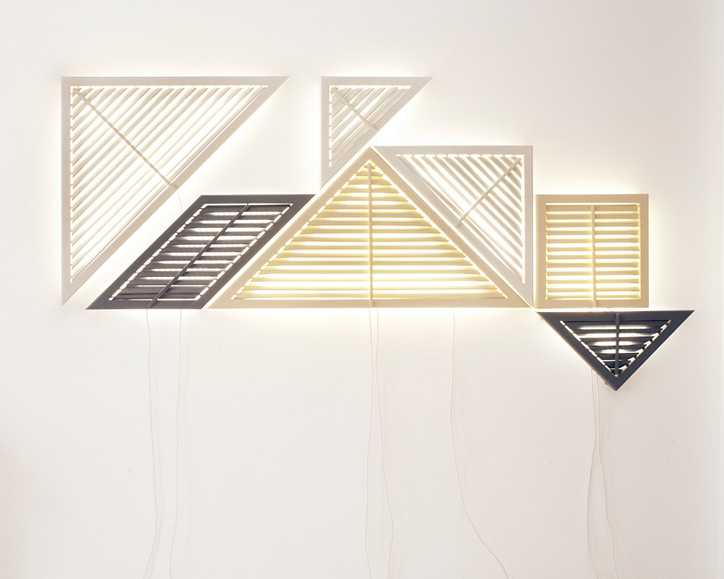 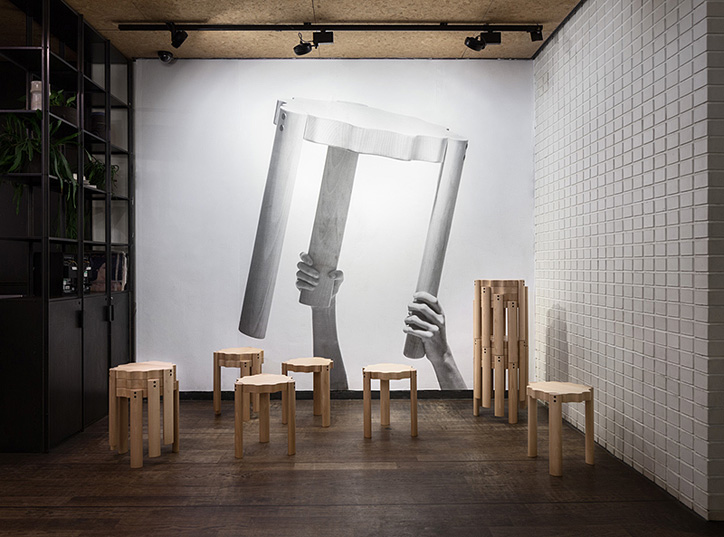 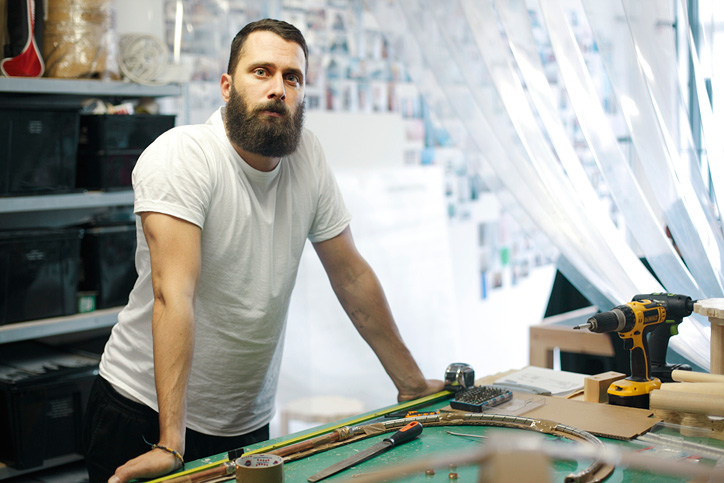