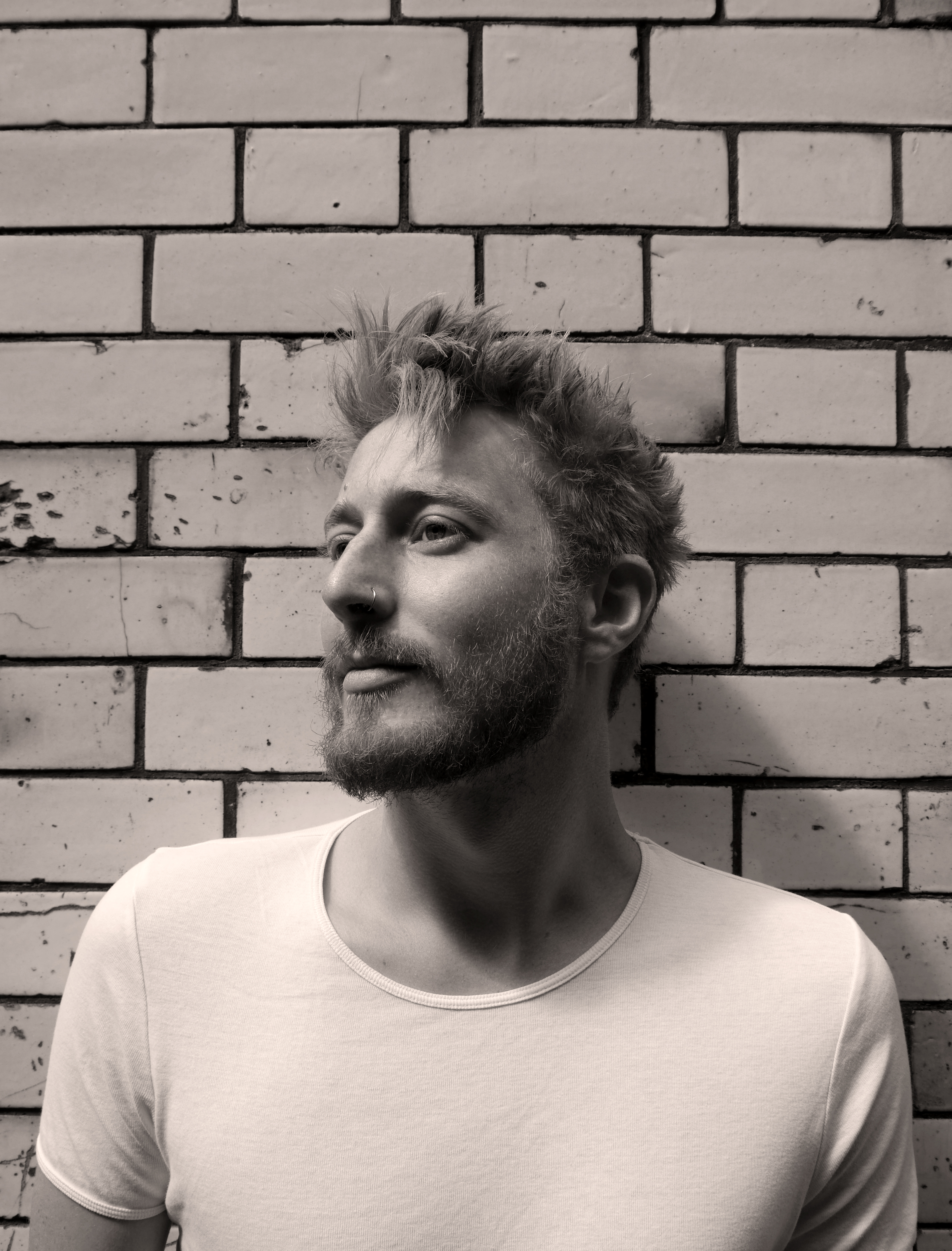 Owen is a young, award winning Illustrator and designer based in Bristol. Just two years after finishing his studies, Owen, is quite praised for his work and has many significant collaborations in his portfolio. That was a result of his passion for his job, because he is one of those lucky guys, as he claims, that had the chance to do what they love for a living. But all the luck and success didn’t came alone. They came along with hard work. Owen Gent, had done many jobs while studying, such as painting whole fishing boats in a little port. Oh! And he used to work whilst on a caravan, in the middle of nowhere.

You graduated with a first class honours degree just two years ago and yet you have major collaborations in your portfolio and co – founded an art collective. How does it feel to be so young and yet so active and successful?

Well that’s very kind of you, to be honest even though I graduated not too long ago I’ve always had a pretty active attitude towards my career as an illustrator. Even before my degree I was selling prints and doing odd commissions so it seems like quite a gradual progression to where I am now. In terms of how it feels, I feel incredibly lucky to be able to do what I love for a living, and sometimes it feels strange mentioning it to someone because it seems a bit too good to be true. Saying that, I seem to work harder than most people I know, but it’s a big part of my life which I’m very passionate about rather than a ‘job’.

Did you work along with your studies since you have been admitted to the University?

As well as doing some illustration work, I did a few other jobs whilst I was studying. I was a Care Support Worker previously so I carried on doing that at University, I also span Pizzas in the Winter and painted massive fishing boats in a little Cornish port over the Summer which made for a nice contrast. I also found that signwriting was a really good way of getting out of the studio whilst still being able to create interesting work, and I ended up doing quite a lot of signs and murals throughout Falmouth. It taught me the importance of getting out of the studio and finding a social element to what I do, being alone in a studio everyday can get a bit isolating.

The colours you use and your drawings reflect a sweet melancholy. Why do you think is that? What are your references and what inspires you the most?

My references tend to be pretty broad and I generally try and avoid taking too much inspiration from other illustrators. Listening to a lot of traditional folk music definitely feeds into my work and also spending a lot of time walking, especially on the Cornish coast has played a large part in the themes and feel of my work. I’ve always found something beautiful in melancholy, and that’s always what’s affected me most in the music, film and artwork that I love, and that’s what I’d like people to take away from my work.

How would you describe yourself as a person? Are you a happy person or a kind of darker figure?

Hah, definitely the first one! Sometimes people assume because of my work that I’m quite a somber person but most of my work comes a very positive place. I have a job that I’m very passionate about, I live in a beautiful city surrounded by wonderful people and I have enough freedom to pursue the things I love so I’m at a really good place in my life.

Do you prefer the countryside or the city?

That’s a tricky one, there are pros and cons to both and for now the city is great for me. Before moving to Bristol I was living and working from a studio I built in a caravan in the middle of nowhere in Cornwall, it was beautiful but definitely not ideal. I’m now in a really sociable studio space which I realize is really important for me, there’s also so much going on here culture wise so I’m pretty happy immersing myself in city life for a while.

Do you think the scenery of Bristol affects your work?

Honestly, not really. I make sure I get out to the countryside once a week so that’s still where I get my inspiration I guess, though its early days.

How is it for a young illustrator to live and work at Bristol?

It’s a really great place to be as an illustrator and lots of young creative people tend to migrate here, in fact a lot of good friends and colleagues from university are now working as illustrators in Bristol. I’ve had work and am taking part in several exhibitions as a direct result of just being surrounded by like-minded people so I couldn’t recommend it enough.

If you could recall a strong image, from your childhood, what would that be? Have you ever drawn it or choose it as a repetitive pattern at your illustrations?

I’d never thought about it before but we did have a cherry blossom tree in our garden when I was a kid, and I’m painting quite a lot of those at the moment!

As I’ve mentioned above, you have done many cool collaborations. Is there one which you are particularly proud of?

One which I’m particularly proud to be part of is an ongoing collaboration with my dear friend and artist Megan Clarke called ‘People we Know Really Well’. It began as a way of keeping each other up to date with our lives after moving to different parts of the country and has now become a potentially infinite project which is very exciting! It basically involves sending each other a name of somebody we’ve recently met with a short description and asking them to create a portrait in response. The outcomes are generally pretty hilarious but it’s also become an amazing way of staying in touch with a close friend which wasn’t really part of the plan, so that collaboration means a lot to me.

Have you ever done a job that you hated so much, you thought you were selling out your art, because you needed the money?

Without being too specific there are definitely jobs I’ve done that I haven’t enjoyed or got any creative satisfaction from. On the other hand I don’t think there has ever been a job which I haven’t learnt anything from so I don’t necessarily regret them. As for ‘selling out’, I do some work which isn’t ‘perfect’ for me but I like to think the challenge lies in making something your own within certain boundaries. I don’t think I’ve ever met a working artist who hasn’t had to compromise their work to make a living at some point, and as long as they aren’t bootlegging other peoples styles or working for causes they don’t believe in, then it seems to be part of the deal. On the other hand I’m getting a lot more of the work I want to do at the moment and I hope that continues!

Are there any future plans you could share with us?

I’ve always got a lot of potential plans so it’s hard to know what will actually happen and when, but I’ve got a few exhibitions coming up in Bristol which I’m pretty excited about. I’m also hoping to give myself time to work on personal projects over the next few months, so you can expect a least one series of paintings and hopefully a collaborative show at some point with another very talented friend Hugh Cowling. But you never know… 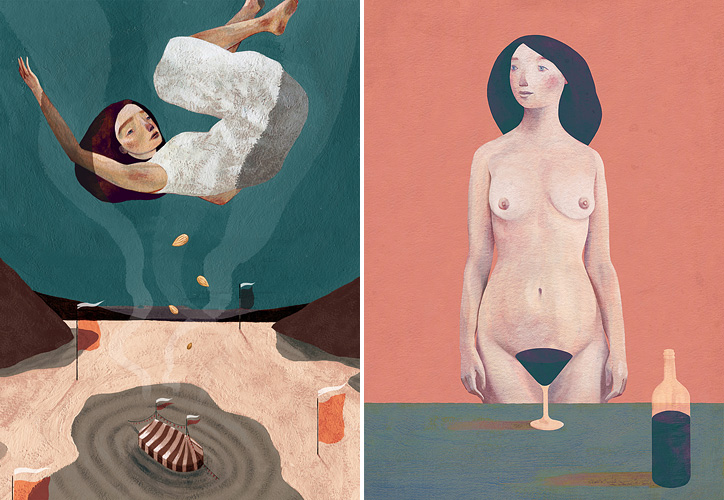 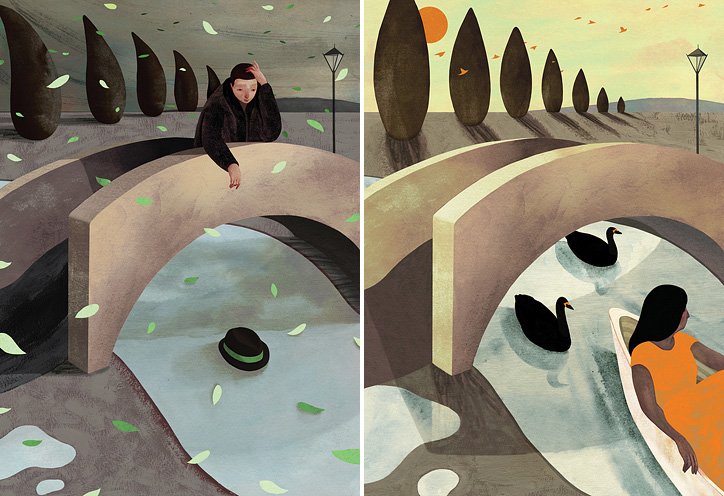 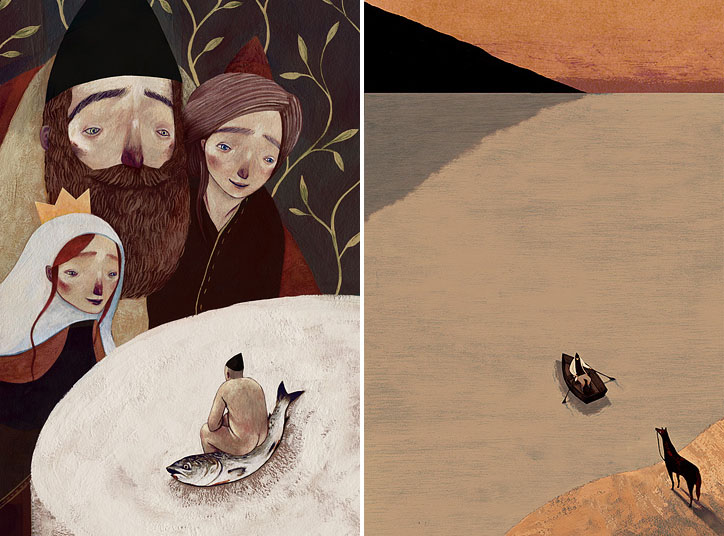 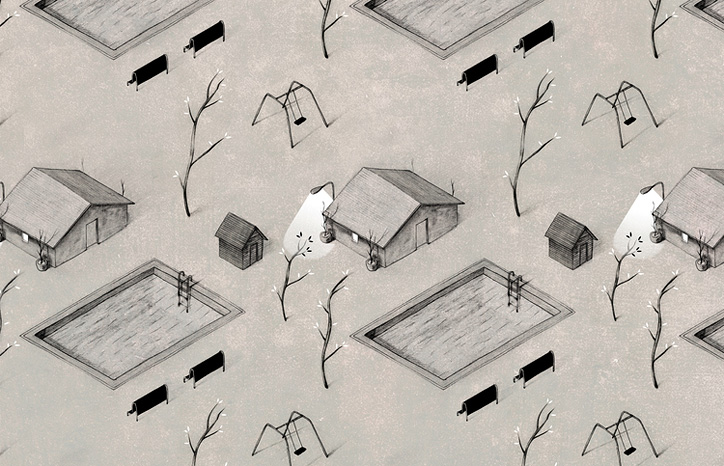 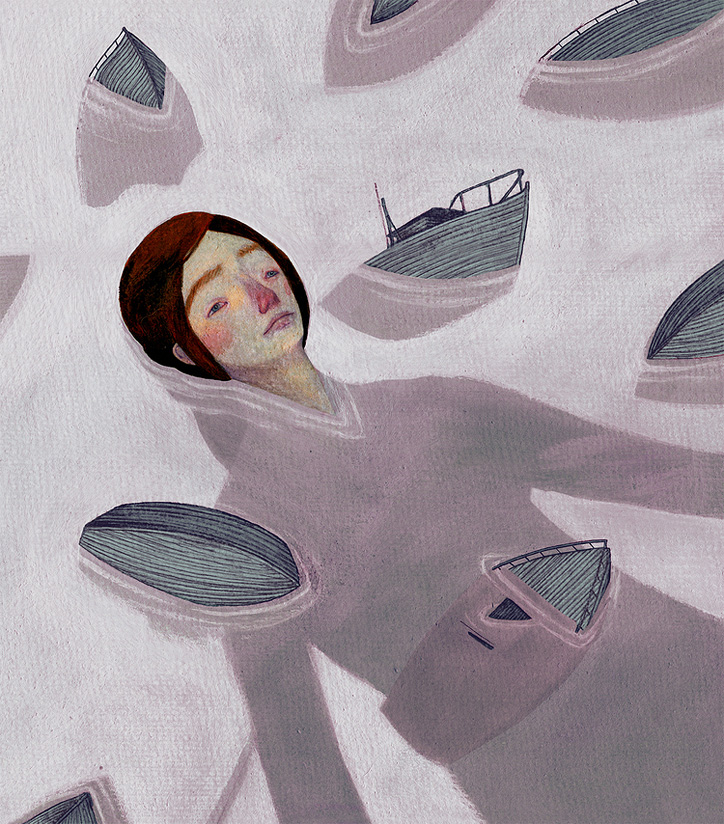 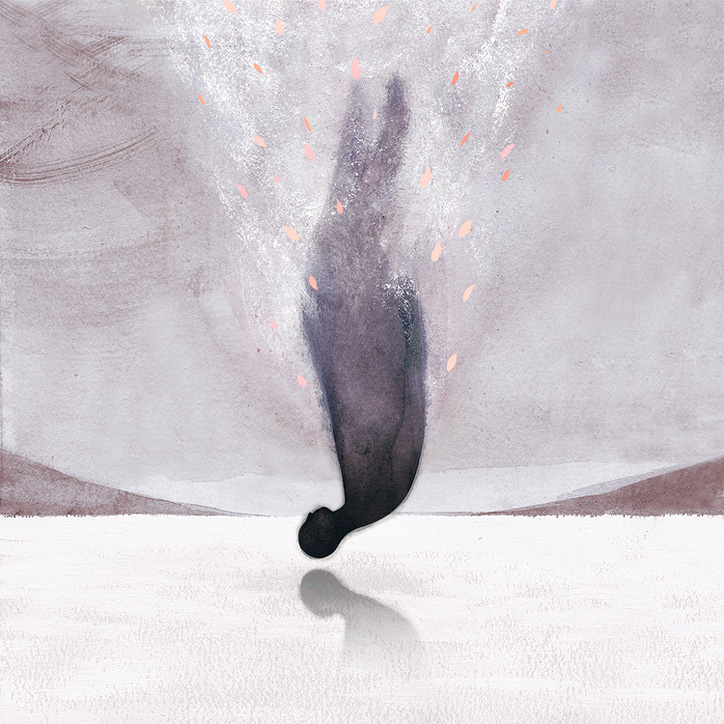 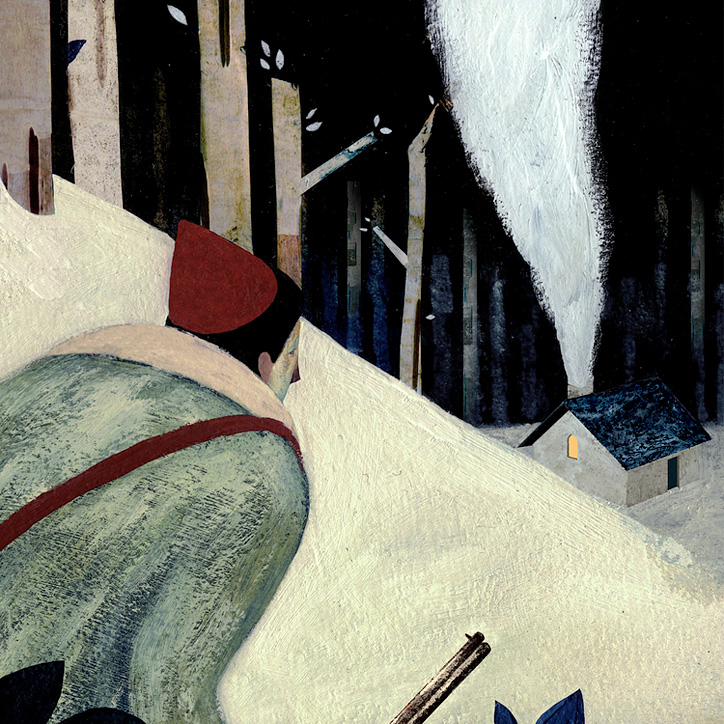 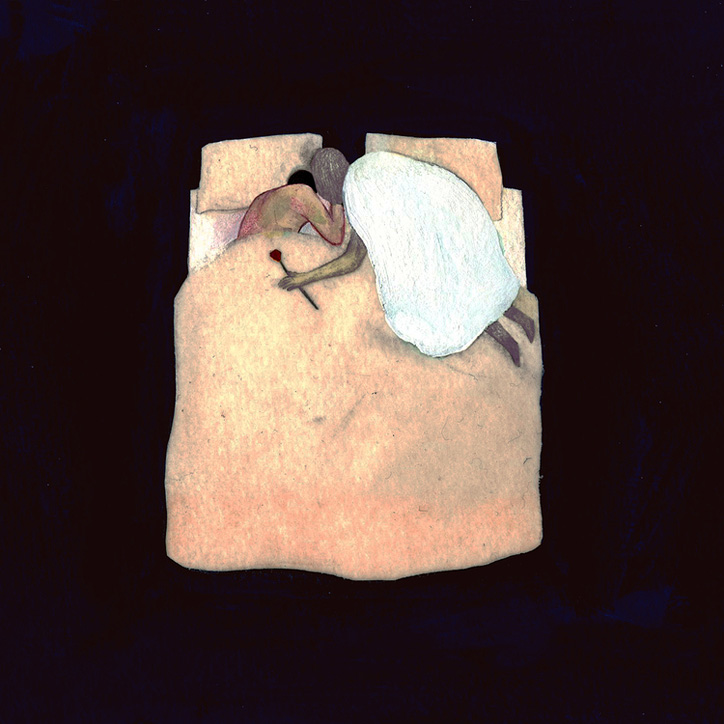